9 most surprising things for tourists in Russia 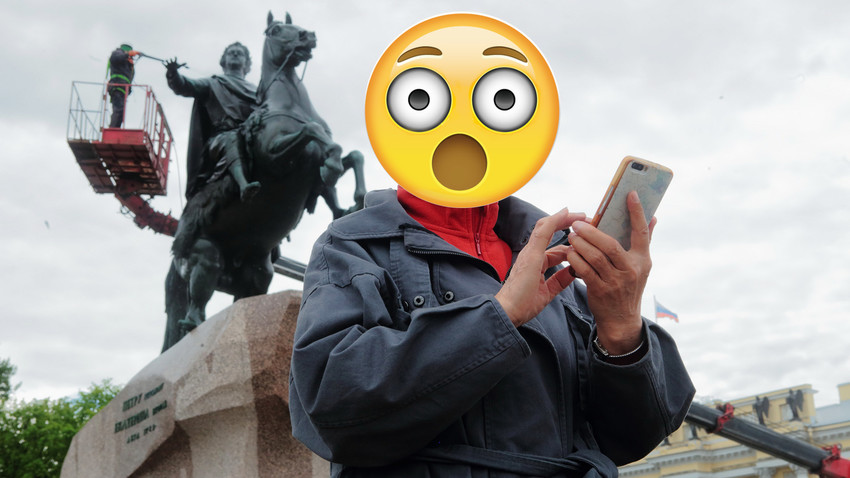 Global Look Press, Russia Beyond
From weather and taxis to babushkas and police - we asked our readers to share their most vivid and memorable moments from their first trip to Russia. Here are some of the most popular answers we got from our Facebook followers!

“Traveling from a tropical country, the Philippines, I came to Russia in the mid-January without a winter coat. I underestimated the Russian winter. It was surreal though.” (Amara Porneso)

“This wasn't quite culture, but the weather was a surprise. My mother and I still laugh about how she advised me to pack long pants for summer studying in Russia because ‘Russia is colder’. Ha. This was 2010, when Moscow ended up having a record-breaking heat wave, with temperatures in the upper 30s C. I had no sandals, no skirts, practically no shorts... and no air conditioning at the school!!! It was not too fun.” (Christine Wingate)

“Strangely, it felt better than home. I guess its because it was summer.” (Chamara Sumanapala)

“Was stunned by the beauty of Russian ladies, ended up marrying one. After two kids still going strong. Got married on the third day of my first trip.” (Shaukat Ali Khan)

“I jumped in the wrong car (I thought it was my Uber black) and the driver pulled a gun to me. He was scared too :)” (Onur Çakır)

“Loved every moment!! The Uber driver hooted at the police and flicked them the finger- we were in shock! Not the best experience at the time but now we can laugh about it. Everyone was so friendly and helpful, will go back anytime!” (Tanya Boshoff)

“My driver scolded me for putting on a seatbelt. Also, I was told by my interpreter not to smile so much.” (Marla Camp)

“Taxi-driver who got us lost in Kaliningrad so bad that he had to refuel.” (Pierre Kaalum)

“The first time was 14 years ago. I was taking pictures in the underground and two policemen came towards me. My son at the time was 12 and he quickly took his wallet and asked ‘How much?’, paid and we left…” (Maite Plimmer)

“Blacked out in Kazan and lost my passport. Found it the next day though thanks to some wonderful souls!” (Vijjy Ademane)

“I have travelled through Russia with my husband on a motorcycle during one month (from Zagreb, Croatia to Ekaterinburg). It was one of the best months I have ever experienced. I was told before we left that our motorcycle will be stolen, and we would end up being beaten up/robbed/killed/insert whatever bullshit myth - but what we've experienced was a whole lot of warmhearted, curious and welcoming people of all ages along the long road.

I have not expected to be harmed in any way (if I thought that, I would never leave in the beginning) but what we experienced was beyond any expectation - not even one person even looked at us in a threatening way, I was amazed by very straightforward and honest attitude. The Russians would come to us, ask where we came from, why on Earth are we 3,000 km from home, and a bunch of them helped us to find a place to sleep, directed us towards places to eat or even offered us to eat at their homes. I never liked prejudices and superficial conclusions based on myths, and after this road trip I dislike them even more.” (Ivana Lazićka Lazić)

“I was in St. Peterburg last year when I met babushka in trolleybus. I offered my seat, but she rejected me and told me that she is strong enough. Salute.” (Muhammad Fitrah Kholillullah)

“St. Petersburg and my husband heard an old babuska shouting at the stray cats in front of our building this morning, I asked what she said and apparently she was scolding them for sitting out in the rain!!!” (Ludmila Abusin)

“14 hour trip back from Kazan to Moscow by sleeper carriage. 50 people in one carriage. It was - 30 outside but felt like plus 30 inside. Was so hot. The conductor finally worked out it was hot and opens the door to the outside so it's cooler. A little better. 10 minutes later, little old Babushka comes over and shouts at him in Russian, and he closes the door. I asked my Russian friend what she said and he said she was worried her grandson would fall out in the tracks. It was 3 am! He should be asleep. I suffered all the way to Moscow.” (Joe Dunne)

“People look like you, eat like you, dress like you, do the same things you do, you feel so much at home, then they speak…” (Andrea M. Bolognesi)

“I took peach juice from the store and normal water... everything was written in Russian and I didn't pay attention, later it was peach flavour yogurt and it was sparkling water.” (Imtiaz Ujan)

“Counting the stations that you pass to get to your station. Nerve-wracking. Could not read a word.” (Elaine Meyer)

“Memorizing subway stations by their decorations because I have no idea of the name.” (David Robb)

“When ordering a drink in Moscow, I did my best to order in Russian, the waitress said ‘oh please talk English!" (Brigitte Franken)

“Moved to Tyumen 10 years ago and I remember flapping my arms like a chicken to buy meat as not many spoke English - I loved Tyumen both beautiful and such an adventure for an Aussie.” (Sarah Prunster)

“Stayed with my granddaughter family and used Google translate to communicate. Not foolproof as it translates that we are having testicles for dinner! I was dubious but smiled and said OK. Fortunately was eggs.” (Donna Nicoll)

“I couldn’t believe how little things cost there. I thought there was a printing error on the menu of the first restaurant I visited lol.” (Siobhán Walker)

“August 1998, went in for a pint in an Irish pub, 12 roubles or so, some time later ordered another one, double the price. Why? Just then Jeltsin made a declaration on Russian debt and the rouble collapsed.” (Matthew Dikmans)

“One thing that made a culture shock is that I learned Russians are absolutely not happy to be questioned about politics (I was a student in political science during the 2012 election... I was a bit ‘too’ interested in the matter). I realized I was rude when I asked people if they were going to vote (even if they studied with me), so I stopped talking to people about politics. In retrospect, it was super obvious, but I was a bit naive and a bit too keen to know people's minds.” (Sophie Daoust)