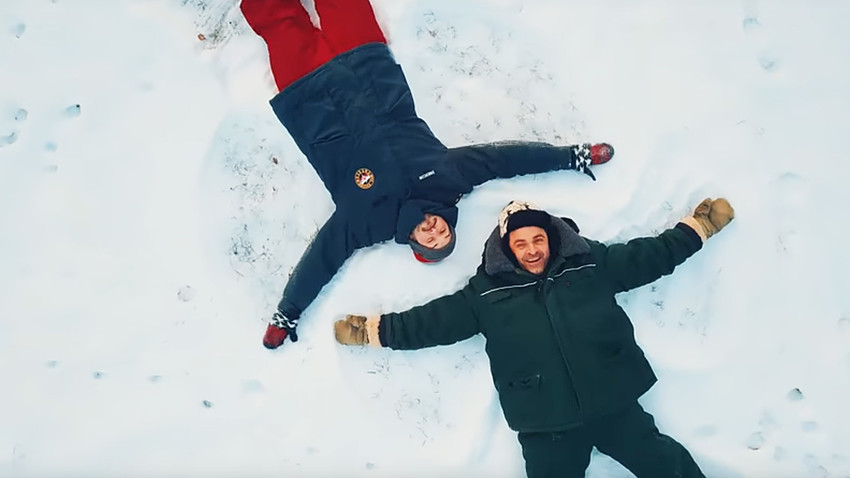 The Amerikanets/youtube
Want to get a glimpse of what life is really like in Russia through the eyes of a foreigner? Then check out these cool YouTube channels by vloggers from the U.S., Italy, UK, Denmark, and India.

Born and raised in the U.S. state of Ohio, Andy Frecka has been living and working in Russia since 1999. Here, he founded his own real estate agency called ‘Expat Flat’ and wrote a book called ‘Matryoshka: Как вести бизнес с иностранцами’ (“How to do business with foreigners”). Andy also runs two vlogs: ‘Planet Russia’ in English and ‘Amerikanets’ in Russian on YouTube . While the former is more catered to foreigners (with advice on visas and moving to Russia), the latter targets Russian-speakers and is mainly about Andy’s travel adventures around Russia. You can check some of his vlogs in Russian with English subs as well!

Italian vlogger Ferdinando De-Fenza moved to Russia in 2015 and, since then, has been sharing his experiences on his YouTube channel. As he says in one of his videos, he’s traveled a lot in his life, but Russia intrigued him in a way no other country had before. So he decided to set up a channel to show what it’s like to live here: from dating Russian women to how much money one would need to live in Siberia.

Ben of ‘Bald and Bankrupt’ vlogs about his travels around the world and even though Russia is not the only country he focuses on his channel, he’s vlogged extensively about it during his time there. What’s great about his videos from Russia is that he often simply buys a ticket to some random destination, far from major cities, and sees how the situation unravels. He is open to local people and it’s precisely this unpredictability that makes his videos worth your time. Just take a look at the above video of a village babushka he met in Russia’s republic of Mordovia - an amazing example of Russian hospitality!

Jonny Tickle from the UK came to Russia on his study year abroad and for two years now he’s been documenting his travels on YouTube. Currently, he is aiming to visit every single oblast, krai and republic in Russia - and he’s already been to 15 of them. In his videos, he not only shows urban life in Russia as it really is, but also shares some key info about each of them and offers some insights on many things related to living in Russia as an expat, including where to live in Moscow, should you tip in Russia, and how to survive here if you don’t speak Russian!

Lars from Denmark offers a completely different look at Russia. Living in the rural part of the country surrounded by wild nature, he vlogs on his outdoor lifestyle, shares his thoughts and experiences on survival techniques in Siberia. Through his videos, you can follow him on an expedition to a secret WW2 location, go treasure hunting, or learn how to survive sleeping outside in minus 40 degrees Celsius temperatures!

If you are a Hindi-speaker, check out the channel by Akash Sharma, who has been living in Russia for more than 10 years. Together with his Russian wife, he vlogs on his daily life in Moscow, including some useful tips on how to get a Russian language certificate, how difficult it is to get a driving license here, and tourist registration.