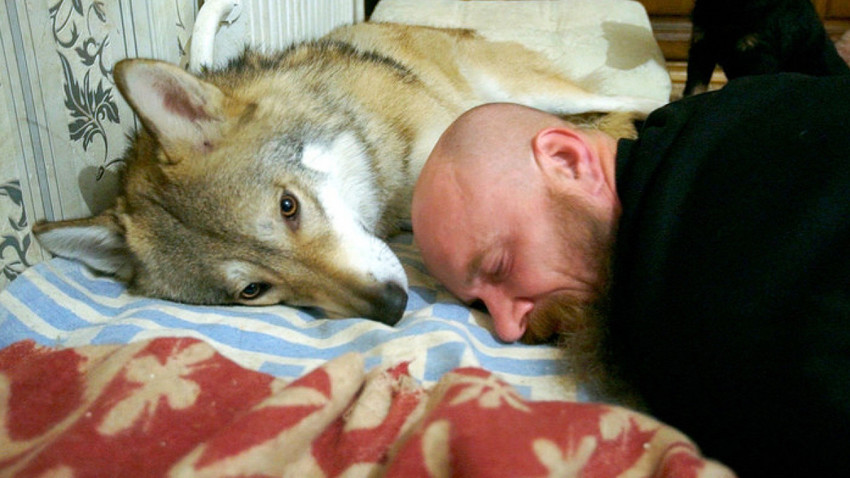 RTD Documentary Channel
From the step by step of becoming a cosmonaut to pet wolves and ice divers - these RTD documentaries will reveal to you a different Russia. All of the films are in English and won’t take more than 30 mins of your time!

1. To Be a Cosmonaut. Russian cosmonaut candidates show what it takes to shoot for the stars

Many dream about going to space one day, but few actually dare to do something to make it a reality. This documentary follows three Russians - Irina, Konstantin and Andrey - who were among the 420 applicants participating in the 2017 recruitment campaign by Russia’s state space agency, Roscosmos.

They all come from different backgrounds. Irina is a doctor, an athlete, mountain climber, and traveller. Konstantin works as a business consultant, but studied aviation to qualify. Andrey, the aeronautical engineer, is a family man, who devotes almost all of his free time to physical training and studying maths. How do they prepare themselves for the rigorous selection process and how difficult is it actually to reach for the stars?

2. Ivan and the Wolf. A pet wolf in a city flat: cruelty or wild obsession?

Is it possible to tame a wild animal? In this RTD documentary, Ivan from Volgograd shares his story of adopting a tiny wolf cub almost two years ago. As he recalls, the animal was discovered by Russian hunters and he agreed to take it home without hesitation - saving it from certain death...

Named “Sery” (‘grey’), the wolf became part of the family - now it lives with Ivan, his daughter Sasha and two dogs. The animal is quickly getting too big for a modest one-room apartment where they all live, so Ivan’s goal is to buy a spacious house in the country where his pets could roam freely. But what does it take to socialize a wolf? And how safe do they all feel under one roof?

Plunging into the deep on a single breath, while coping with intense pressure and struggling to remain calm - undoubtedly, freediving is not a sport for the faint-hearted. Yet, some dare to challenge themselves even further by doing it in freezing cold temperatures. An experienced freediver and multiple Freediving World Championship medalist Andrey Matveenko never dived in cold waters before, but he is ready to do it and set a new world record.

With his personal best of 108 meters in warm seas, he set his eyes on beating the 75 meter-record in ice waters accompanied by his training partner, Tatyana Zemskikh. Will he manage to reach his goal after just five days of training in the White Sea?

It’s hard to call 78-year-old Lyubov Morekhodova an ordinary elderly lady - her life doesn’t seem usual in any way. She lives on Lake Baikal, chops wood, keeps cows... and regularly hits the ice in a pair of skates made by her father several decades ago. Last year, the video of her gliding across the lake made waves online. Since then she’s been used to media attention.

In this documentary, the сheerful Russian woman tells the story of her life in one of the most beautiful places on Earth, including her daily chores and rituals, and what has kept her going all these years.

At the age of 19, Kristina was faced with a life-changing decision. After her parents died within a year of each other, her six siblings were at risk of being taken to the orphanage. Kristina was determined to keep the family together. She dropped out of college, moved back to their native village of Elizavetopolka and became a legal guardian to her younger brothers and a sister.

Living in a tiny village in the Chelyabinsk region, the kids run their own farm with livestock, dogs, cats, and even two hamsters, all in need of care. They go to school, help their big sister and share numerous daily chores around the house. Follow us as we find out just how Kristina manages to cope with such a complex challenge.