These Russians share their homes with dangerous animals (PHOTOS) 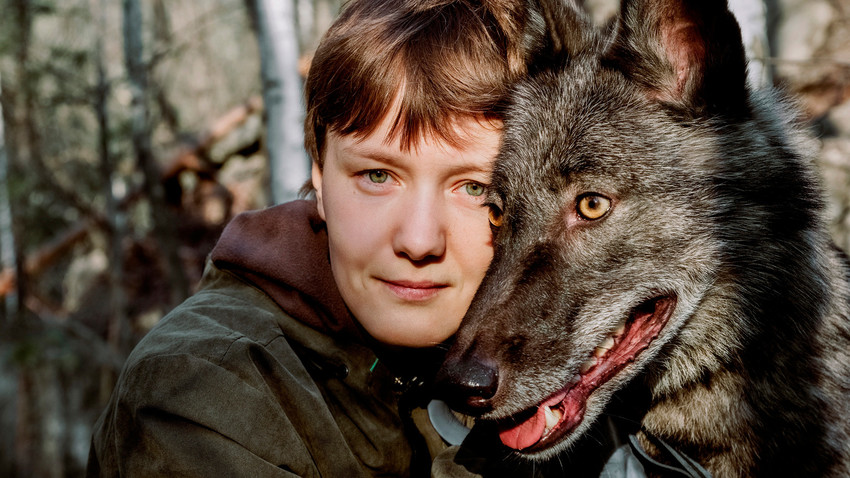 Irina Khodulina
Tigers, wolves, crocodiles, snakes, you name it. Until recently, Russians could get hold of almost any “pet” they liked.

The Law on the Responsible Treatment of Animals will enter into force in January 2020. The aim is to prohibit 33 species of animals from being kept in the home. The list covers “animals that may be dangerous to their owners, as well as animals whose natural habitat differs significantly from the domestic conditions in which they are kept, which may adversely affect their health or cause death,” reads the document. However, if such an animal is purchased before January 1, 2020, the owner has the right to keep it.

We talked to several owners of wild pets to find out whether the dangers justify a total ban. 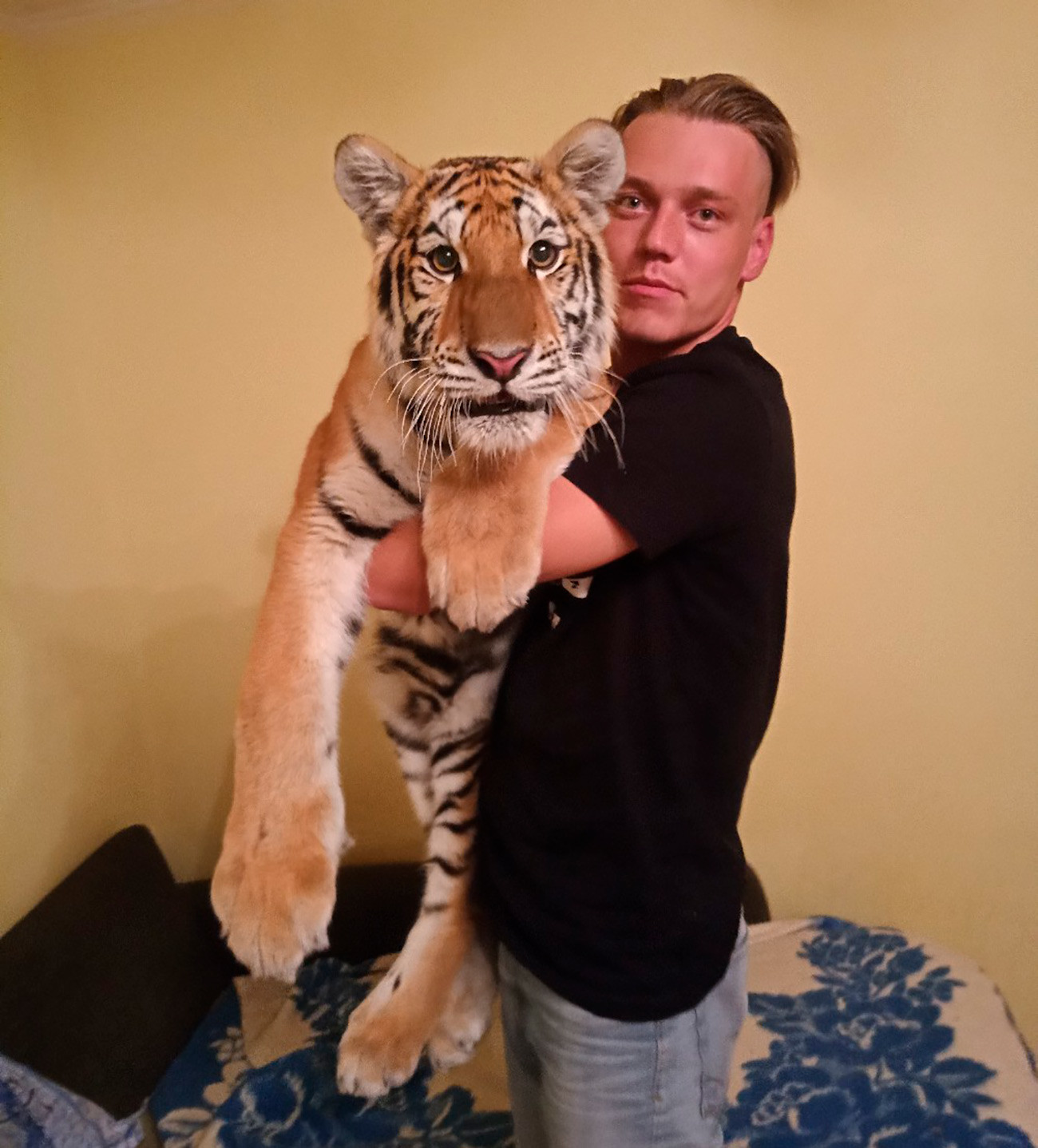 Ilya took Aurora in when she was just three weeks old at the request of a zoo director friend who was looking for a good home for the cub. “Aurora’s mother seemed to have decided that the cub was too ill to survive, and so stopped feeding her. That's normal in the wild, where weak tiger cubs even get eaten by relatives. I had experience of grooming cats, so I took her home. I fed her from a bottle, took her to the vet, bought medicines, etc. She had high blood sugar which had caused a cataract to develop, as well as rickets, which could have killed her,” recalls Ilya.

At the time, he had no intention of giving her a permanent home, but he soon fell in love and the feeling was mutual. They have been living together in perfect harmony now for nearly two years, and have since moved to a large out-of-town house, where they even provide temporary shelter for other exotic animals.

“I will never give Aurora up, she’s my child. It’s sad that she’s been so ill, but we’ve almost cured everything, and she’s steadily growing. It’s nice to see, I feel genuine fatherly pride.” 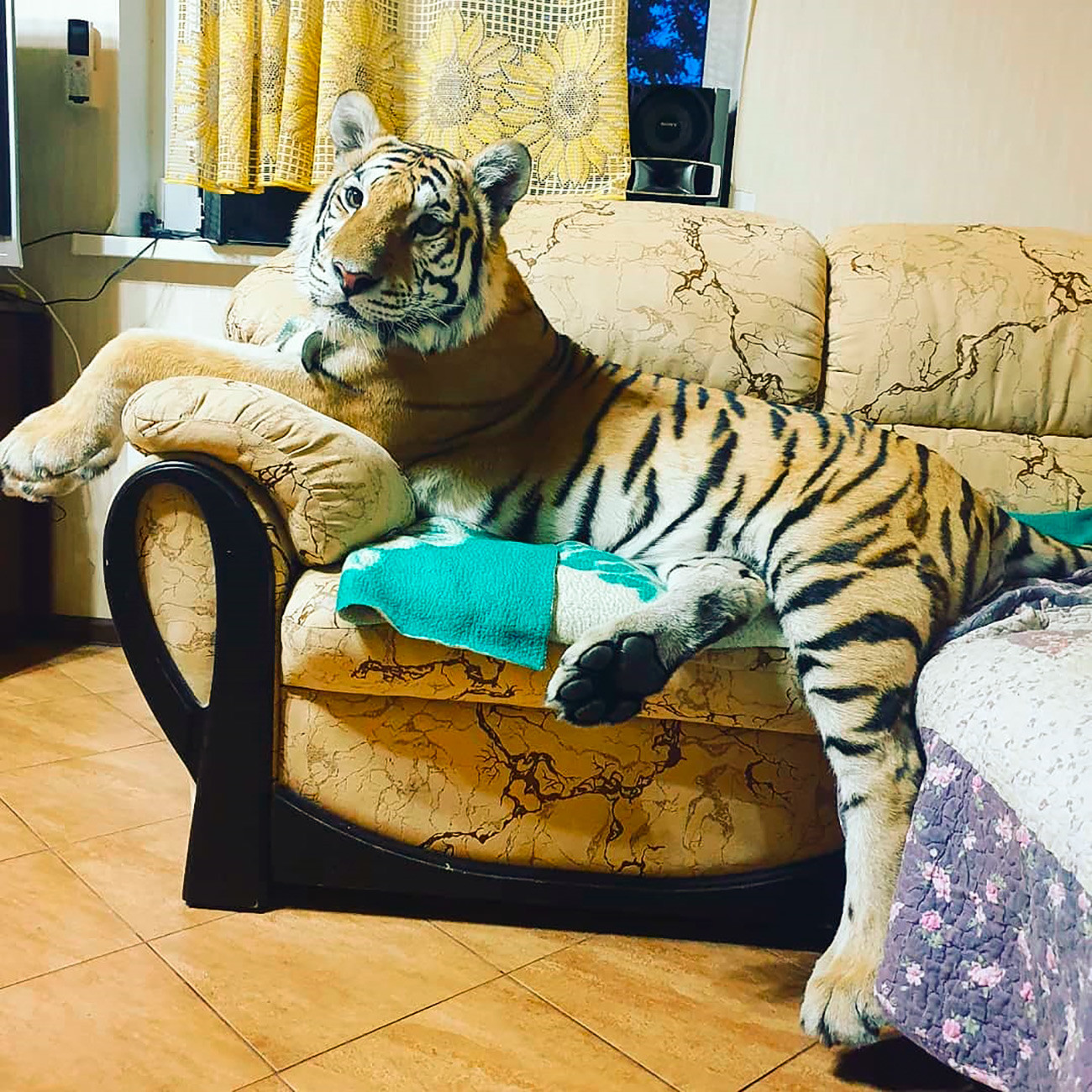 Despite weighing 100 kg with a good appetite (she eats 7 kg per day), Aurora is a lot like an ordinary domestic cat: she sleeps with Ilya and his girlfriend in the same bed, is playful, and reacts calmly to other people.

Ilya often gets asked questions from people thinking of getting a pet tiger, but he always tries to dissuade them.

“Raising such an animal is hard, especially for someone unprepared. It’s nothing like keeping normal cats or dogs – a domestic tiger requires far more time and attention. Aurora is never left unattended, she’s used to that. Once we left her temporarily at the zoo (we had to go somewhere), and she roared so much that people living nearby didn’t sleep until we got back! There were so many complaints that the zoo refused to take her again.” 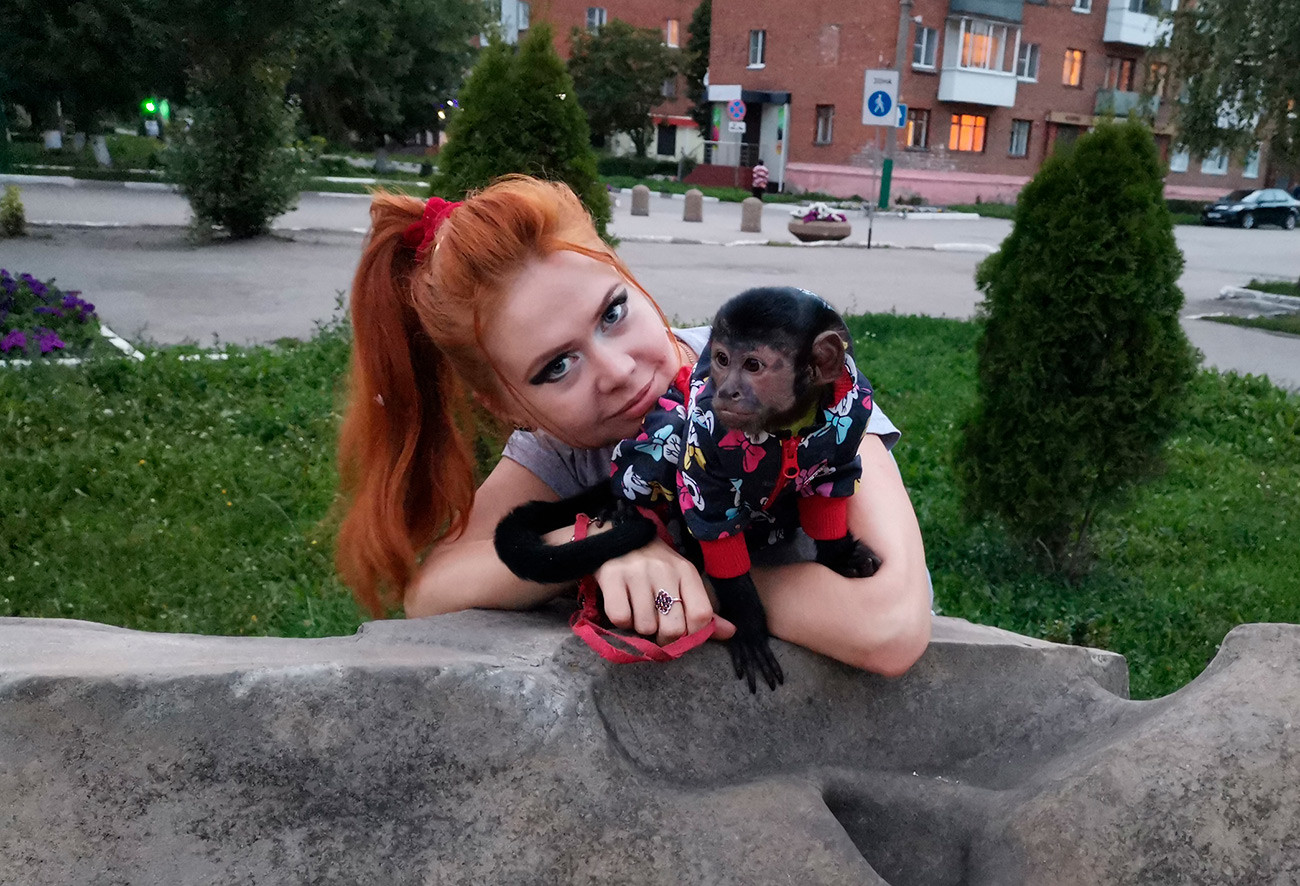 Keeping a small and seemingly harmless capuchin monkey is also set to be banned under the new law. However, Svetlana, who lives with one in the town of Uzlovaya, Tula Region, says that these primates are unusually strong, have incredibly sharp teeth and a developed intellect, and can cause serious harm to humans if not properly brought up.

Svetlana acquired Alexa a year ago, in July 2018, from Saratov Zoo. The wild monkey was already a little over six months old. “The first few months she was with us at home were the most difficult,” recalls Svetlana.

“She gradually adapted to the new conditions, but was often aggressive and, of course, ‘redecorated’ her room – tore the wallpaper, scratched the ceiling, smashed the light, and much more. But I was ready for that.”

Now Alexa is 18 months old and has her own YouTube channel. Thanks to her strict upbringing and training, her behavioral problems are a thing of the past. 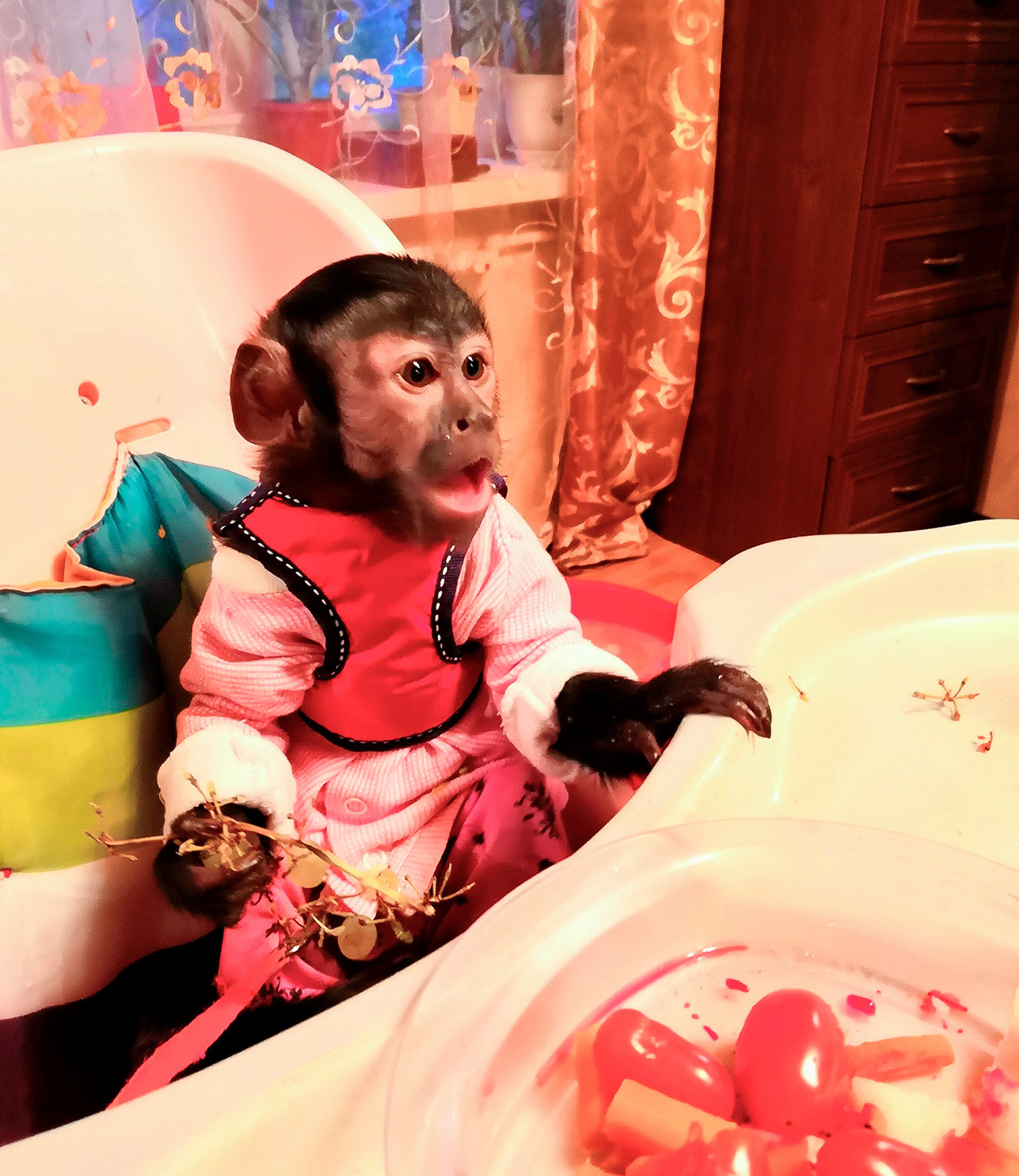 “She doesn’t live in a cage, and instead moves freely around the apartment. She has many toys, and always keeps herself busy. And most importantly, she understands the word no,” says Svetlana. Alexa gets along well with other animals. Besides her, Svetlana has a German Spitz, a little squirrel, and a brown capuchin monkey named Chipa, who was in need of treatment. “Alexa took to Chipa like family, she cares for her. In turn, Chipa trusts Alexa and feels calm when she’s around.”

Svetlana says that the most important thing when rearing a monkey is to place oneself at the head of the pack: “Keeping primates at home is not easy. They are like people, with their own character and basic instincts. In the wild, they live in groups with one absolute leader. A human family for them is like a pack, and they’ll do whatever they can to try to be the leader. You can’t let them take charge!” 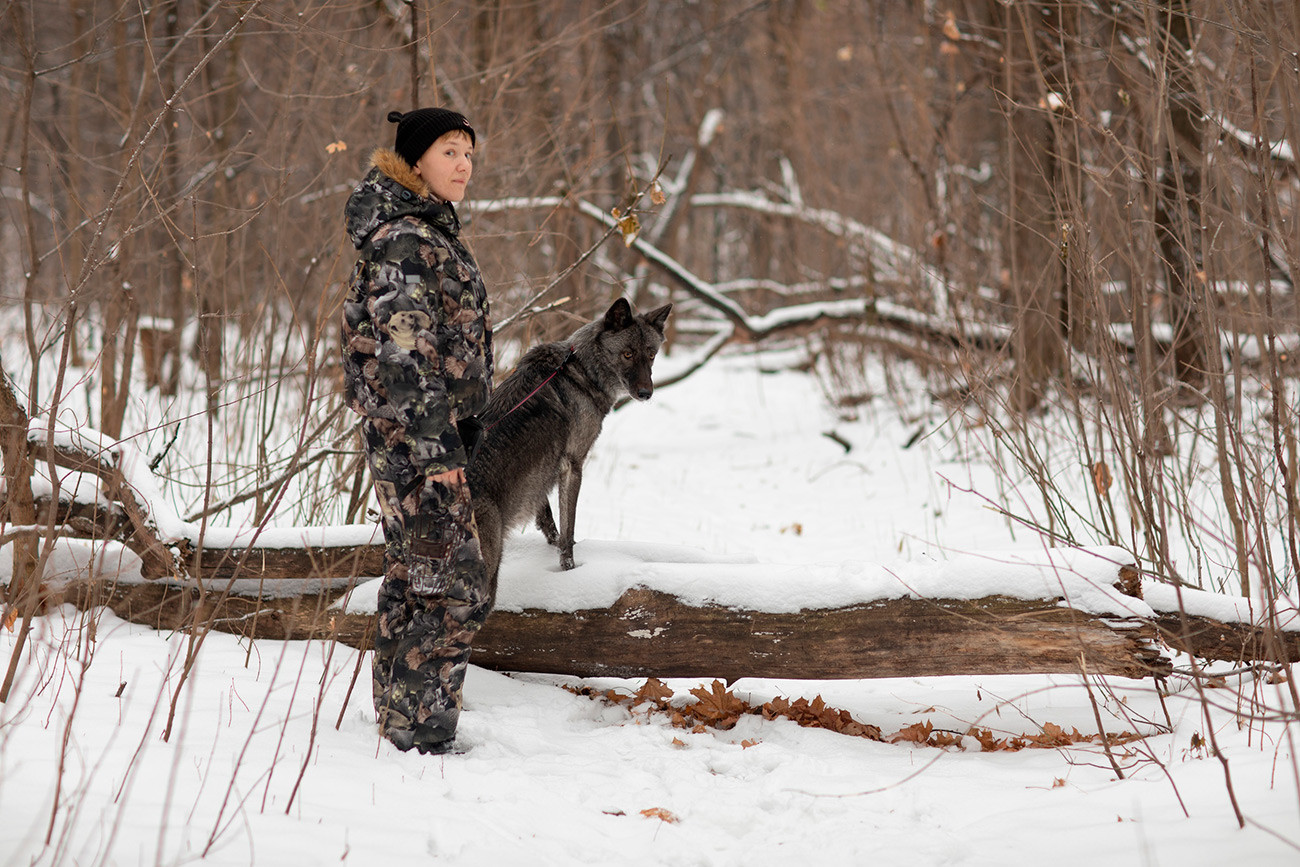 Canadian she-wolf Chara was taken in by dog expert Irina five years ago. “Chara was an ‘unplanned’ child. I adopted her very late for a wolf – at two months instead of two weeks. But she’s fairly unique in that she wasn’t afraid of people right from the start – that’s an innate quality that either exists or doesn’t,” says Irina. She also notes that Chara has been very self-sufficient since an early age.

“When I first saw her, she was a month old, but unlike a cub, she displayed no childishness at all. She was already a wolf, only smaller in stature.” 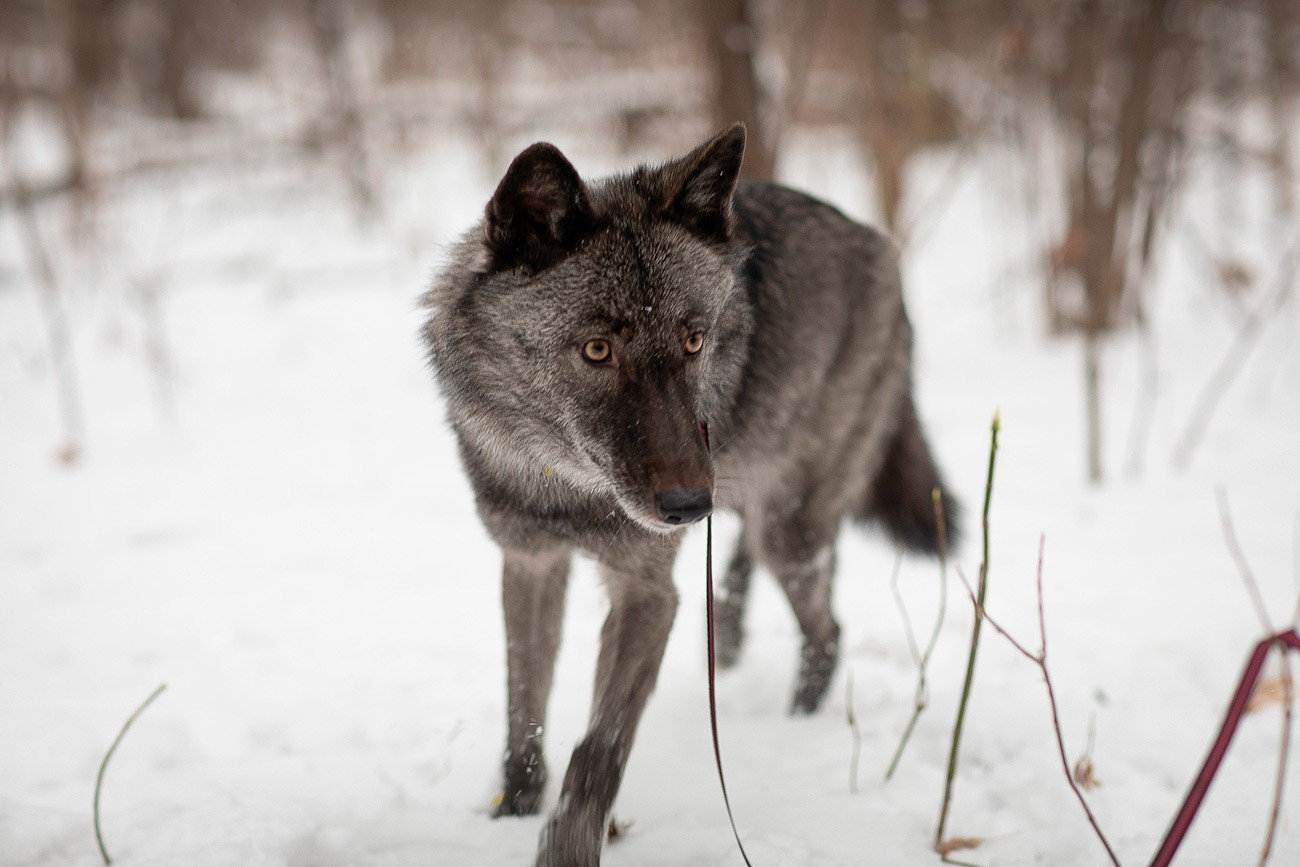 According to Irina, the main differences between wolves and dogs are hyperactivity and curiosity. Wolves need to understand how something works. “Dogs accept many things as a matter of course, because they’ve lived with humans for centuries. But for wolves it’s all new – even a washing machine can fascinate a wolf or a crossbreed. They can sit and stare at it spinning around for ten minutes or more,” she explains. “My elder crossbreed started a tradition at my home. He used to howl whenever the phone rang. Now he’s taught Chara to do the same, while he himself has stopped.”

Chara knows more than 25 commands, and takes part in programs, videos, photo shoots, and even training seminars. “What’s the main thing about rearing a wolf? You need to be there 24/7. Plus knowledge, professional approach, patience, and love!” 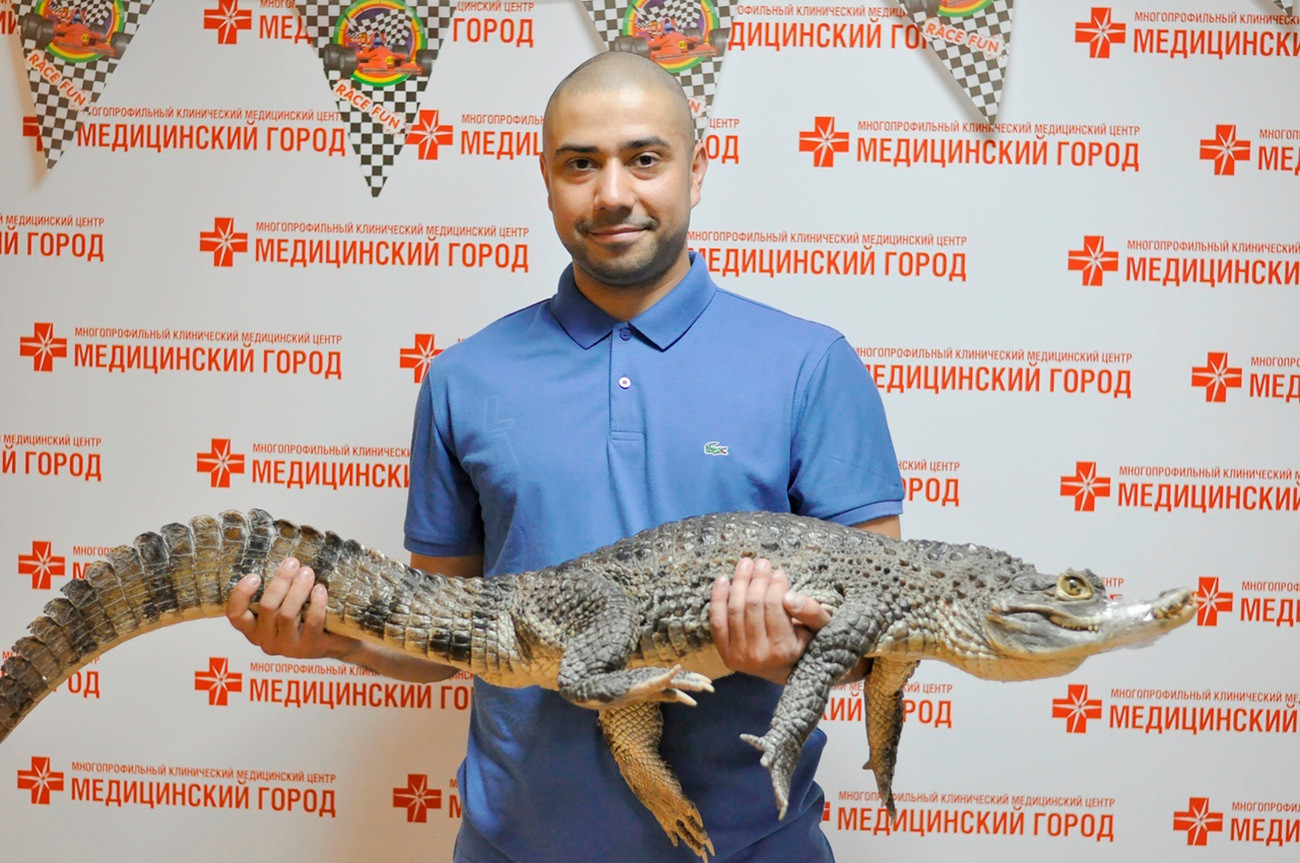 Felix has been interested in unusual animals since childhood, when he would catch beetles, butterflies, and even snakes, and bring them home. “My parents didn’t stop me and never told me off. Sometimes they even helped me find them. From an early age, I dreamed of owning at least one exotic animal. And then it came true,” he recalls.

At various times, he has shared his home with cockroaches, spiders, and even wolves, which he recently gave to some guys he knew who had built a huge well-equipped enclosure for them. Now he lives with a 40-kg python, two cobras, three noisy vipers, a 1.7-m crocodile named Rocky (now 23 years old), a couple of snapping turtles, a hairless dog, and some fish. It’s the dog that requires the most attention – he spends only ten hours a month caring for the reptiles. 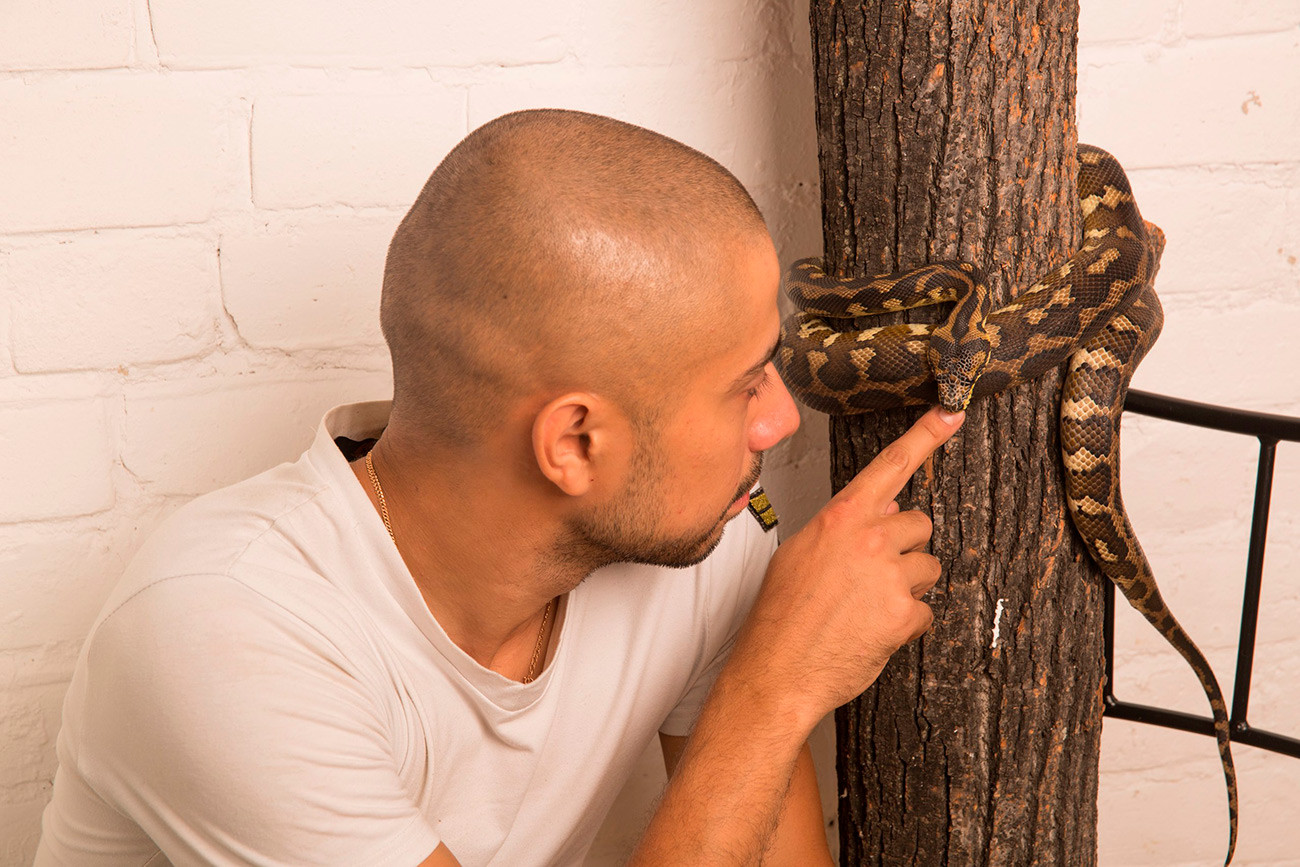 All the animals he bought from nurseries, and although some are quite dangerous, he sees each one’s individuality and character. “The danger comes from their natural instinct to protect themselves. You just need to keep that in mind and be aware of the potential consequences. I have all my animals under control,” says the mini-zoo owner.

“My family supports me, just like my parents did when I was young. It’s great that my love for exotic animals doesn’t interfere with my work or personal life in any way,” smiles Felix.