How cats and camels helped the Soviets to win WWII

History
Boris Egorov
Besides traditional horses and dogs, such exotic animals as camels were engaged in the battle for the Motherland. Cats, for their part, didn't fight the enemy on the front lines, but saved many lives by securing the Soviet rear.

The last war of the cavalry 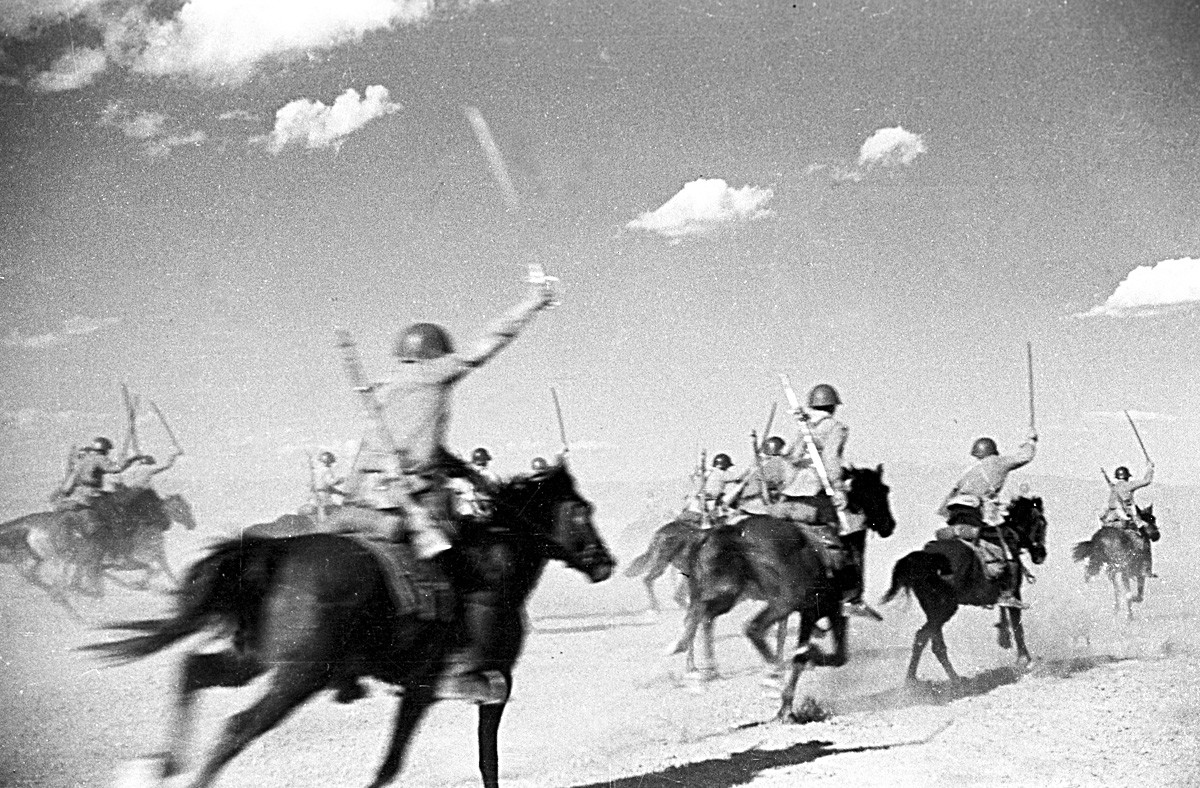 Despite the fact that WWII was a war of tanks and the glory days of dashing cavalry attacks were long gone, horses still played an important role in the conflict.

All-out attacks by cavalry units were a rare since they led to huge casualties among the animals. However, sometimes cavalry units were used for rapid breakthroughs and pursuing the retreating enemy. But more often than not, Soviet cavalrymen were used to and fight as regular infantry.

Armed with light artillery guns, Soviet cavalrymen appeared where the enemy wasn’t expecting them and bombarded the Germans. Such was very useful during the Battle of Moscow in 1941, where cavalry units made up almost a quarter of all Soviet divisions.

Besides participating in warfare, horses were indispensable in the transportation of cargo and artillery in roadless terrain. In the cruel conditions of Russian autumn and winter, horses had a serious advantage over trucks, since they didn’t get stuck in mud or snow. They also often served as food for the Soviet troops encircled by the enemy.

The Wehrmacht also had their own cavalry units, but they soon were on their last legs. The Germans didn’t have such a limitless source of these animals as the Soviet Union, which got horses in large numbers from its Far Eastern ally, Mongolia. 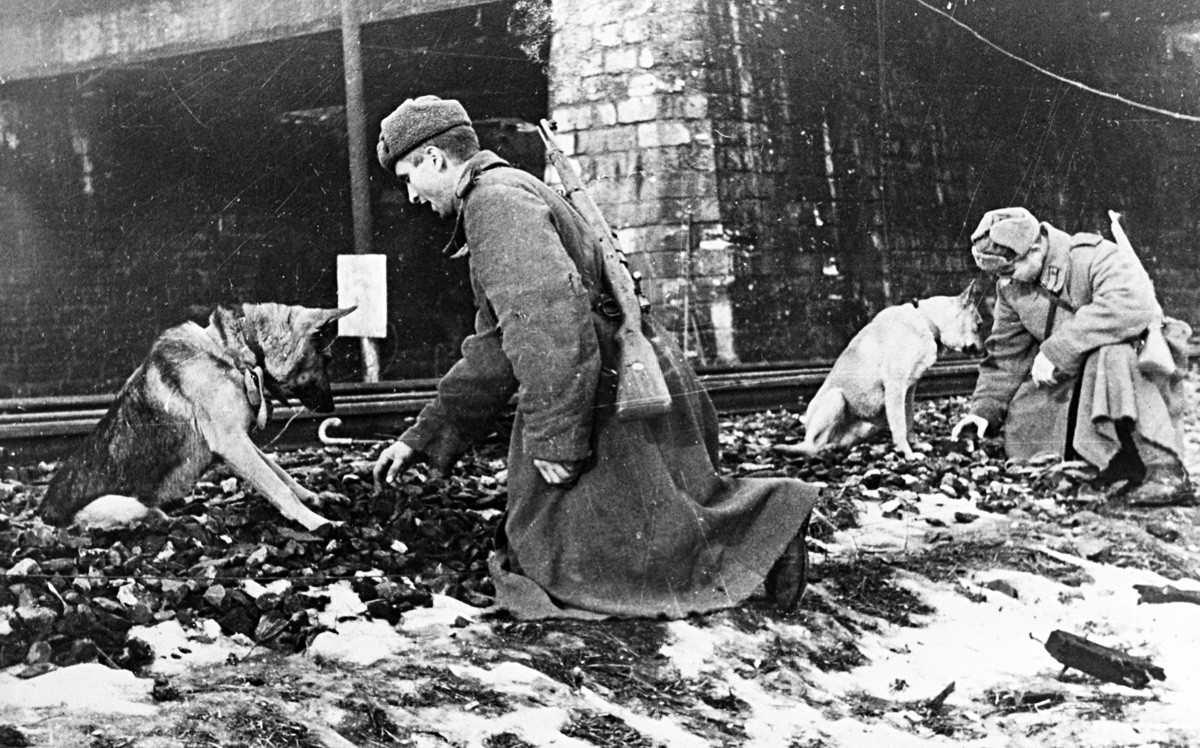 equals, dogs protected the Soviet Union along with the common soldiers not only in the but on the front lines as well.

Being well prepared at special training centers, dogs performed a medical role, dragging the wounded from the battlefield. They also operated as mine seekers, messengers sled pullers, protected important facilities from saboteurs and acted as saboteurs themselves.

At the very beginning of the war, the Soviets used kamikaze dogs, officially known as “canine tank destroyers.” They were trained to run towards enemy tanks with an explosive device on their bodies. After they crawled under the enemy machine, a long lever set off an explosion upon contact with the target, killing both the enemy and the dog.

Over 300 enemy tanks were destroyed by Soviet kamikaze dogs. In the last years of the war, such practice became needless and was abandoned. The remaining animals were turned into mine seekers.

Heroic dogs were highly praised by the Soviets, who brought them to participate in the 1945 Victory Parade. Stalin personally gave his jacket to the wounded Julbars (a dog who found over 7468 mines during the war) for him to carry across Red Square.

From Stalingrad to Berlin 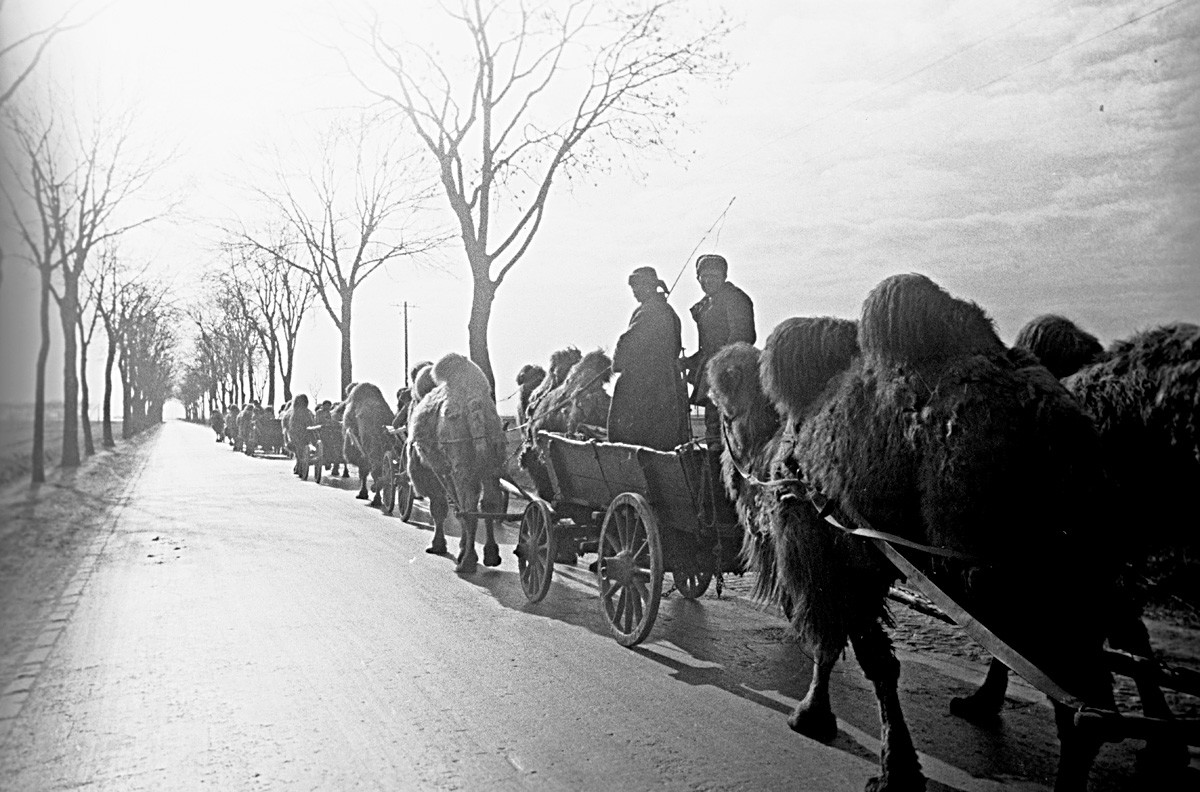 Camels firstly appeared on the battlefronts of the Great Patriotic War during the Battle of Stalingrad. Soviet troops near Astrakhan, who were going to take part in one of the most important battles of the war, lacked sufficient trucks and horses.

So the soldiers started to search for and capture wild camels in the semi-desert to use them for cargo and artillery transportation. The animals didn't fail, and soon become real combat comrades to the soldiers.

Nearly 350 camels took part in the war. Many of them were killed, and many others were “demobilized” by the soldiers when they left them with local zoos on the road across Eastern Europe.

There were, however, some who even made it to Berlin. According to legend, soldiers took a camel called Kuznechik (Grasshopper) to the steps of the captured Reichstag and the animal spat on it. 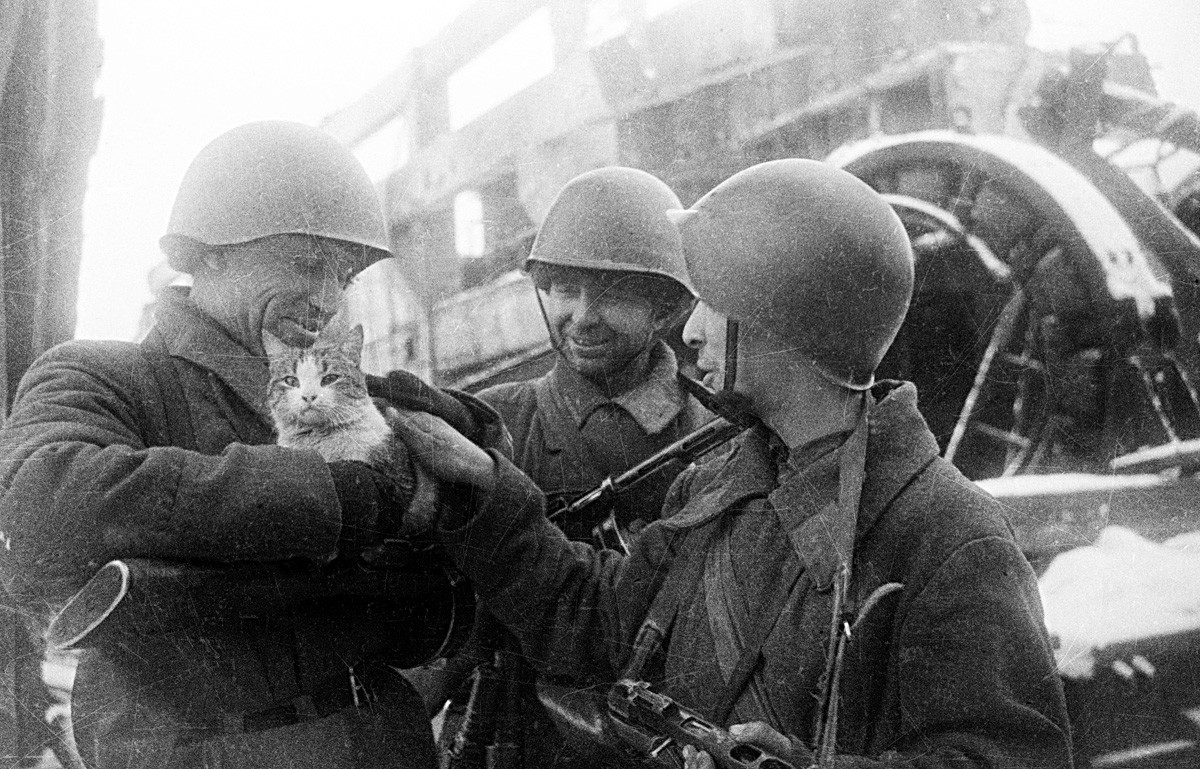 Unlike other animal participants in the war, cats didn't fight the enemy or carry cargo. Even though they never appeared on the front lines, their contribution to the war was also significant.

During the siege of Leningrad (as St. Petersburg was known then), citizens suffered from severe hunger. They ate all the cats in the city, which resulted in an infestation of rats. Hordes of rodents broke into houses and storages, devouring the last scarce food supplies.

The city authorities hunted the rats down, shot them, even squashed them with tanks, but nothing helped. That is why when the blockade was broken in 1943, wagons full of cats were the first to enter the city.

The “meowing division,” as it was called, quickly dealt with the problem and rescued the city from the army of disease peddlers. Monuments to these cats from grateful citizens can be seen today in St. Petersburg.