3 foreigners who set up a successful business in Russia 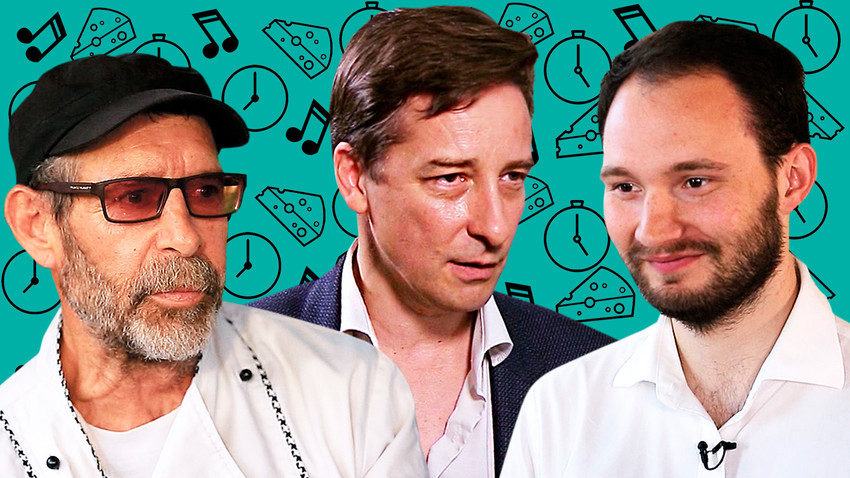 RTVI, Russia Beyond
Would you dare start making cheese in Russia, buy the rights to an old watch brand or open your own music store? These three expats were up to the challenge and it seems like they didn’t regret it.

Setting up your own business is a tough call in itself and even more so when you’re doing it in a foreign country. Changing everything and immersing yourself into a completely alien business environment with a totally different mentality - only the brave and fearless would choose such a path. Turns out, it’s a well-trodden path in Russia, these days.

So, what brings some people to Russia? And what are the secrets of running a successful business here? Check out the stories of the following three foreign entrepreneurs from the U.S. and the UK, who came to Russia and didn’t look back, as interviewed by RTVI TV Channel Nikita Rudakov and the journalists team. 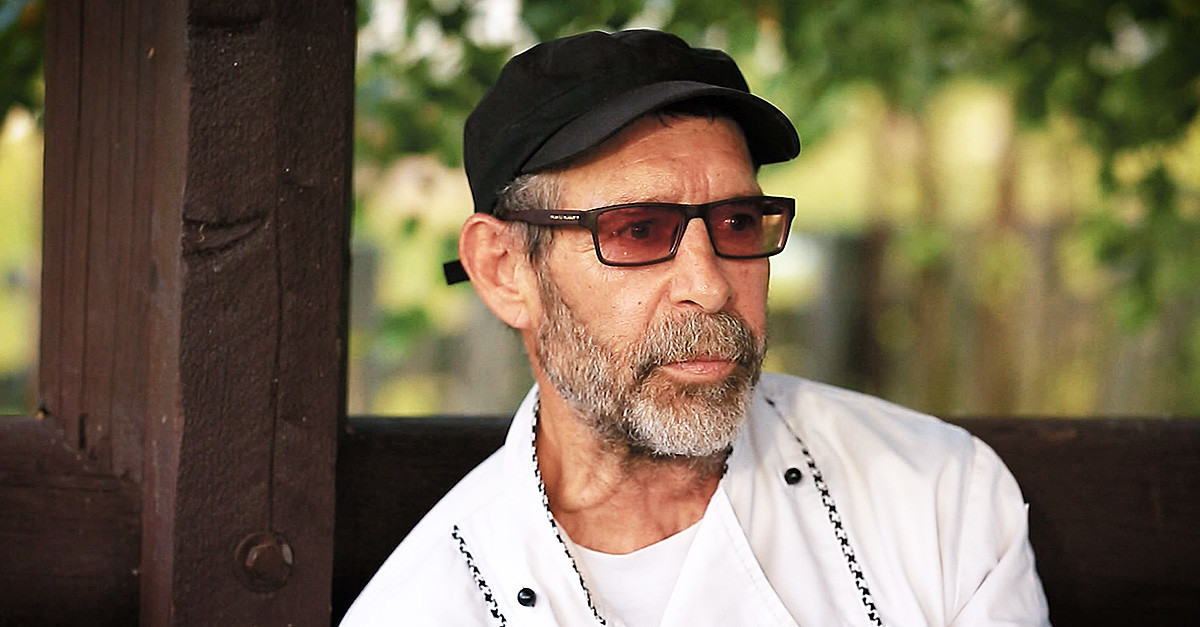 Born in New York, Jay Close traveled a lot in his life, but never planned to stay in Russia when he first visited in 1993. Yet, he instantly knew that no one could understand this country in just 10 days. So, he came for a week, then later for a month, then two, and gradually decided to stay for good. In the 1990s, he worked as a chef in a few of Moscow’s restaurants, but eventually moved away from the busy city life to the calm of the Russian province.

Now, he lives in the village of Moshnitsy in the Moscow Region and runs his own cheese-making factory producing 50 types of cheese, including gruyère, romano, cheddar and blue cheese. “My goal here in Russia is to produce the best cheese for my kids, friends, guests, and everyone who loves good cheese,” he says.

His farm makes around 80 kg of cheese per month, which is sold directly at the farm, at farm markets in neighboring cities and online. Prices start at 1,200 rubles (ca. $18.70) per kg. “Our prices are not too high, but not too low either,” he admits. 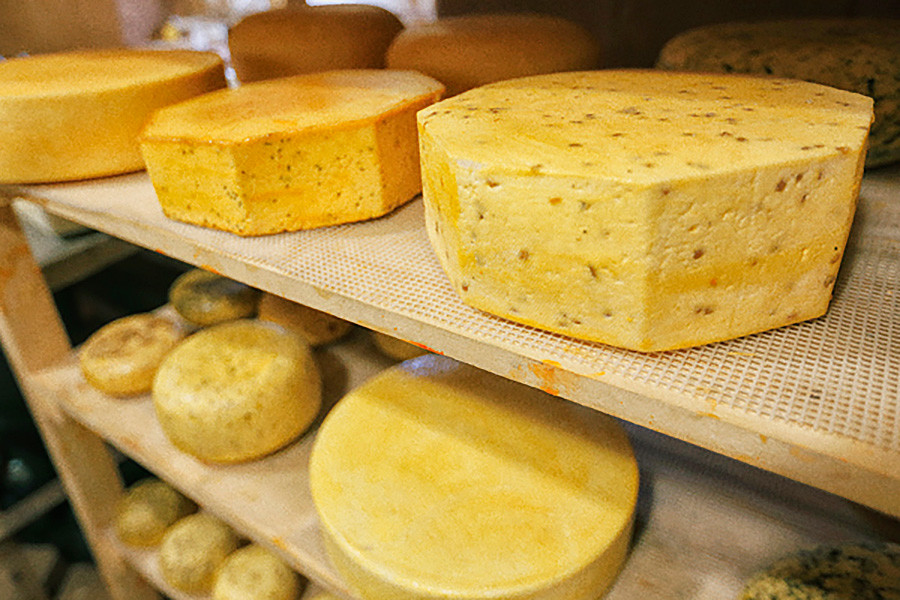 What’s the secret of his success? “Work hard and love what you do. And never give up,” the farmer explains. “When you sit down to relax, think what else you have forgotten to do. There is always a million things to be done.” Indeed, he works without weekends, opening his farm at 8 am every day to receive a new lot of fresh milk from his Russian suppliers. He lives according to the schedule of the cheese production, the knowledge of which he mastered in Holland and France.

Having lived in Russia for the last 25 years, Jay admits that there are some issues in Russian cheese-making that don’t play in favor of local producers. According to him, Russia doesn’t look good compared to Holland, where cows are fed with special attention, plus there are still not that many permanent markets in Moscow or other cities, where farmers can offer their products at decent prices.

Yet, he admits that, even if his business wasn’t successful, he’d still live in the country. “I’ve done many things here and I feel that I’m important here,” Jay concludes. 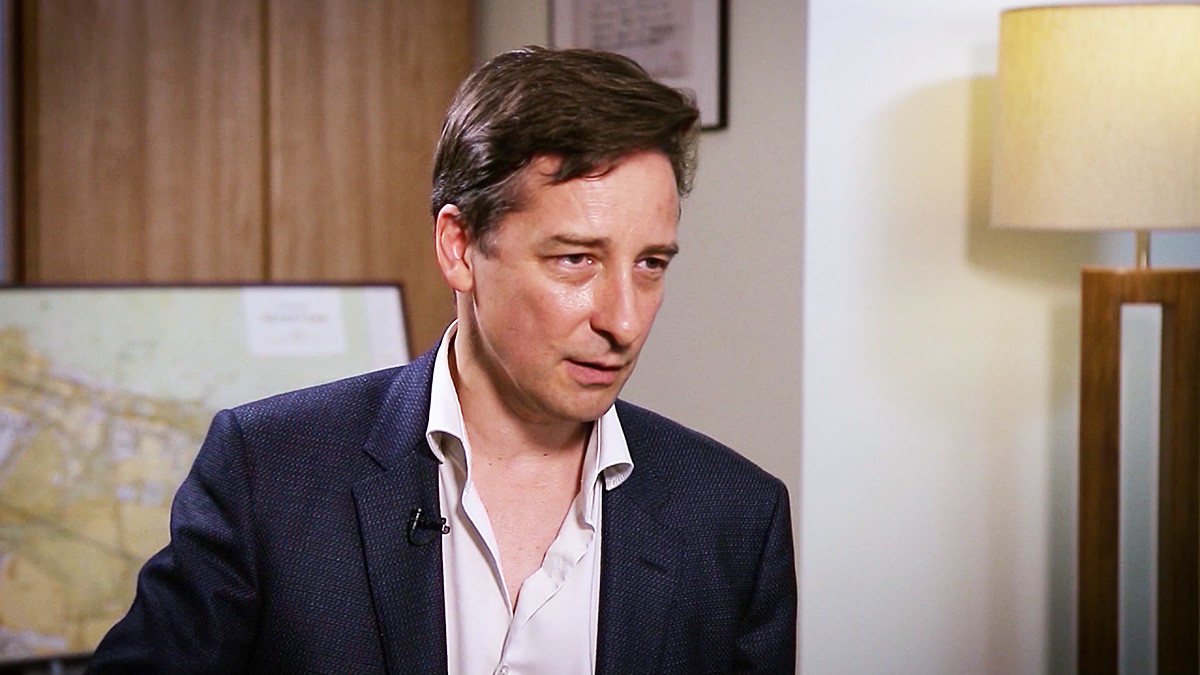 In 2009, David Henderson-Stewart connected his life with Russia by becoming a co-owner of the Petrodvorets watch factory in St. Petersburg. An Englishman with Russian roots and formerly a lawyer, David is now the managing director of the factory, which cherishes the technologies of the legendary ‘Raketa’ and ‘Pobeda’ watches. “(Russia) is my life. Our goal is to become a Russian ‘Rolex’,” he says.

Answering the question about doing business in Russia, he notes that here, one can have more freedom than in other countries. “Plus, even in countries like France, one wouldn’t find such brands with such a rich history that can be revived. So we are very happy that it’s possible in Russia,” he explains.

Founded in 1721 by Peter the Great, the factory itself never stopped working and got through the 1990s-2000s. But when David bought the business and launched their first collection, things didn’t go well instantly. According to him, there were many times when he wanted to drop everything, because nothing was working out and there were no clients, but gradually, they managed to enter the luxury stores. 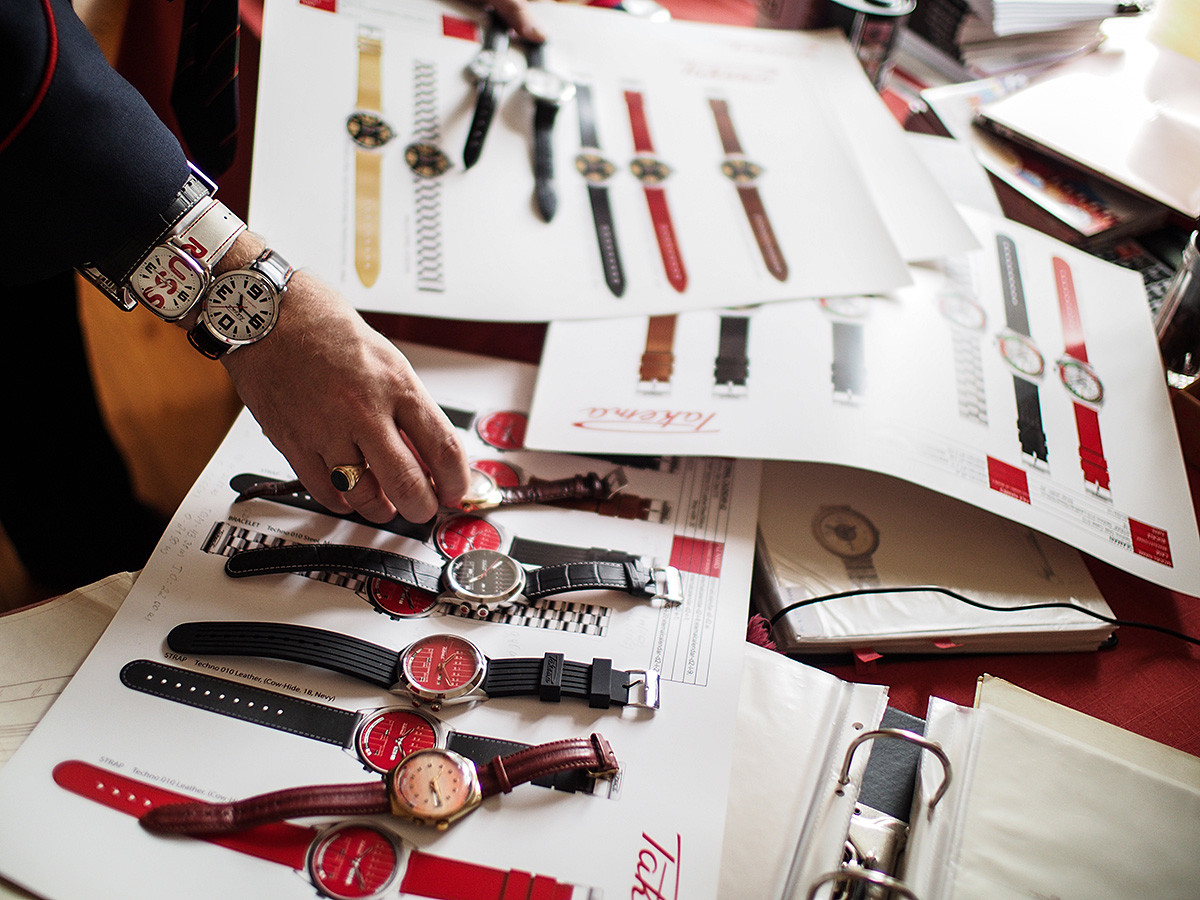 “The luxury sector offers rare products. Few in the world can produce mechanical watches and no one can produce our watches, which have their own mechanism,” he explains. Over the next years, they restored the factory, improved it with modern standards, ran PR campaigns with Russian model Natalya Vodyanova, launched their own auto self-winding mechanism, and created new models for cosmonauts, among other things.

While the factory improved its position on the market, David still sees some problems in attracting investors and making the Russian brand popular among the representatives of the Russian elite. Plus, he admits that the experience of running a business in Russia was not for the faint-hearted.

“I aged a lot. It really ruins the nervous system, because it’s a huge stress, but one should nevertheless constantly train oneself to get over it and continue to find solutions,” he says. “Business in Russia is much tougher than in the West. My education (in Sorbonne and Oxford) didn’t help at all. Here, personal qualities are much more useful than the knowledge that I acquired in Oxford!”

Michael Schaffarczyk, the owner of the sheet music shop 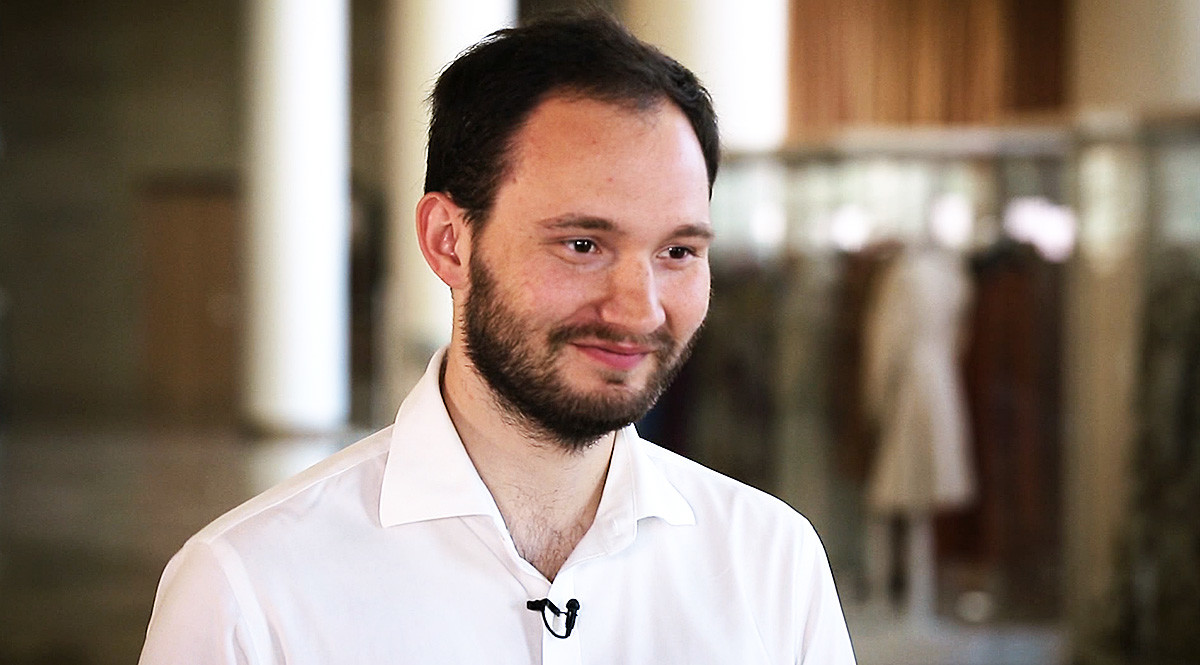 24-year-old Michael Schaffarczyk from California is well-traveled but has lived in Russia ever since he was a kid. Despite having Russian roots, he still considers himself to have a rather Anglosaxon mentality.

He studied at a music school in St. Petersburg, then in Paris, and now he works as a violin player at the Mariinsky Theater. But that’s not all: his love for music and motivation to change the world for the better prompted him to start his own business in Russia selling music notes. The latter were previously a rare find in Russia and musicians had to go looking for them abroad. “We tried to address this problem. That’s how we managed to open the first such store in Russia,” he explains. Now his business is three years old. “I have two partners, who are also my friends. We invested our own money and loaned the missing sum to open the store. Overall, it took us just over 2 million rubles (ca. $31,200).” 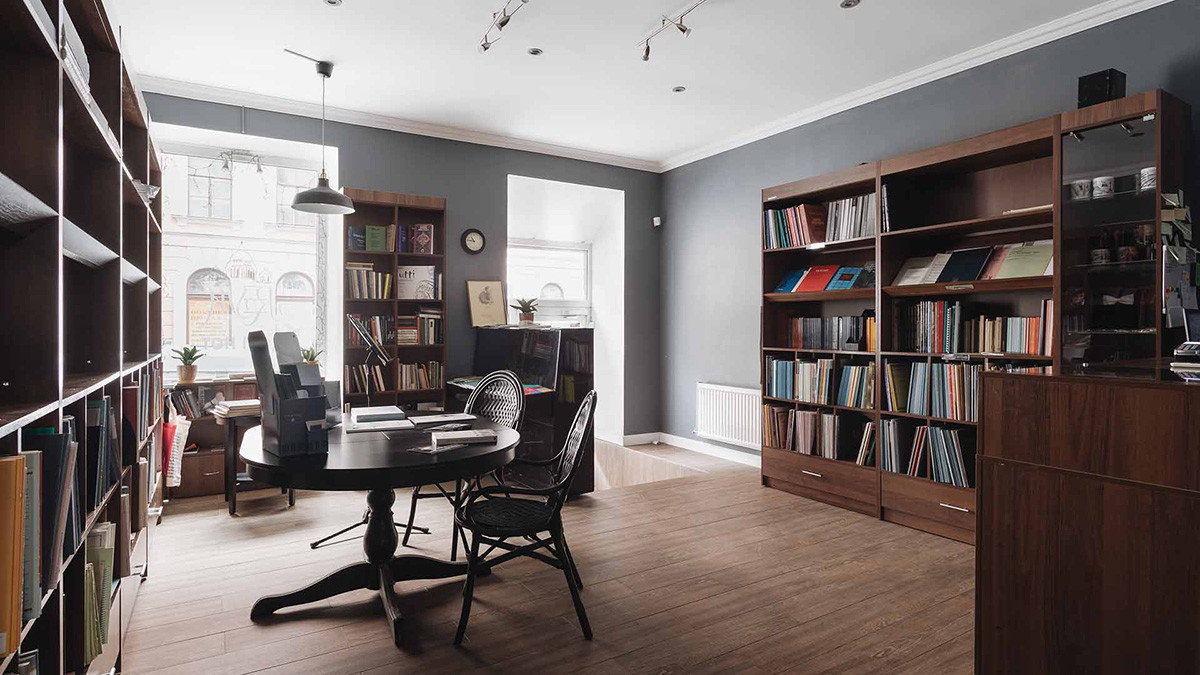 As he says, the shop is paid off now and is popular among the students and professors of the Conservatory, as well as people from the theaters and orchestras. “Running a business is difficult anywhere, but each place has its own specifics and difficulties,” Michael points out. “In Russia, the difficulties are, on the one hand, the enormous regulation of absolutely everything and, on the other, the failure to comply with these regulations.”

According to him, there are many opportunities in Russia, with many niches available, and a lot of potential to grow. Yet, he warns that one will have to work hard and fight against all odds, including the system. As for key problems facing his business, he names the problem of communicating with the state tax bodies, the low public awareness of sheet music availability and the overall well-being of people. “They don’t always have money and they see our prices for notes as too expensive,” he admits.

Despite the challenges, however, Michael is sure that his business will continue to grow. “We want to develop our online sales across Russia and we are already doing so. And not only in Russia - we are reaching neighboring countries, too,” he says.