4 reasons expats choose to live in the Russian province

Lifestyle
Ksenia Zubacheva
Personal Archive, Russia Beyond
From San Diego to Krasnodar and from Paris to Makhachkala - four expats from Europe and the U.S. share their experience of living outside of Russia’s main cities. Is it dangerous out there? And what took them so far out in the first place?

Finding expats in Russia is quite easy, especially in the country’s main economic and cultural hubs - Moscow and St. Petersburg. That’s because life here isn't so different from other international megacities and usually has everything an expat might need - from decent jobs and luxury apartments to vegan restaurants and frappuccinos.

But is there a life for expats beyond these two cities? It seems there is - according to these four foreigners that now call Russia their second home!

Julien Bauer, from Paris to Belebey 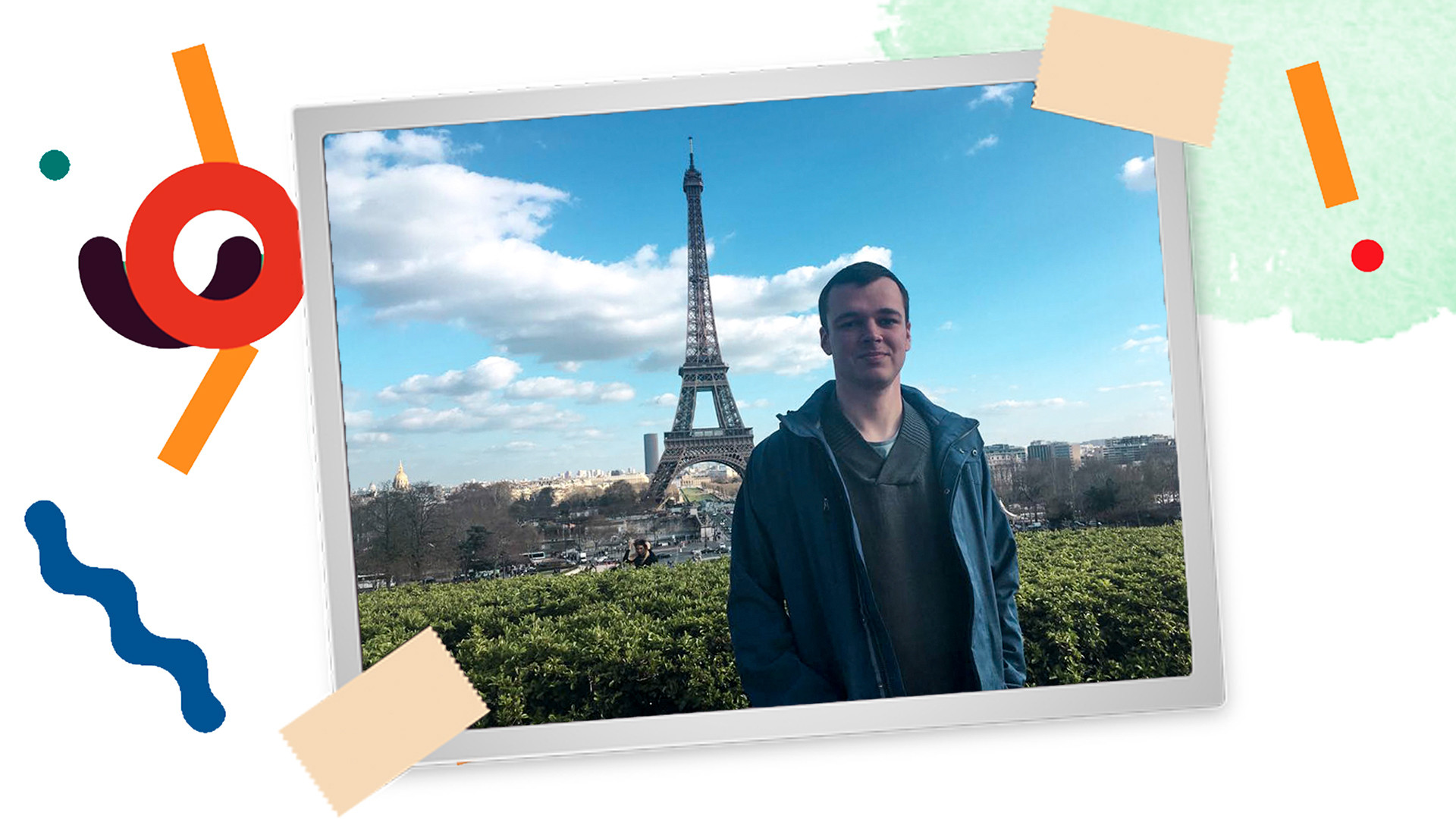 A small city located in Russia’s Republic of Bashkortostan, Belebey isn’t a place that sees a lot of tourists. Out of the 60,000 people living here, there is only one foreigner - Julien Bauer, a 25-year old engineer from France, who came here for work six months ago.

Having studied in France and the U.S., Julien visited Russia several times in 2017. “During my studies in the U.S., I had the chance to take part in an international competition for young engineers held every year in the framework of the Saint-Petersburg Gas Forum (SPGF),” he recalls. “My team won the competition and we had the chance to visit Gazprom’s oil fields in Siberia. I was stunned by the beauty of Siberia and this trip reinforced my desire to come to work in Russia.”

So, last year, he decided to move here and couldn’t say no to a manager job offer at a cheese company based in Belebey. “At first, I looked at job offers in oil and gas in Moscow and St. Petersburg but the perspective of getting an office job, being stuck in traffic and pollution was not very appealing to me,” he explains. “I then discovered a job offer in Bashkiria (as the region’s historically known) as a manager with lots of responsibilities and good opportunities for the future. I decided to apply and, after two phone interviews, I was told that I was selected for the position! My job is extremely interesting and I am not sure I could have found such a great opportunity in my home country.” 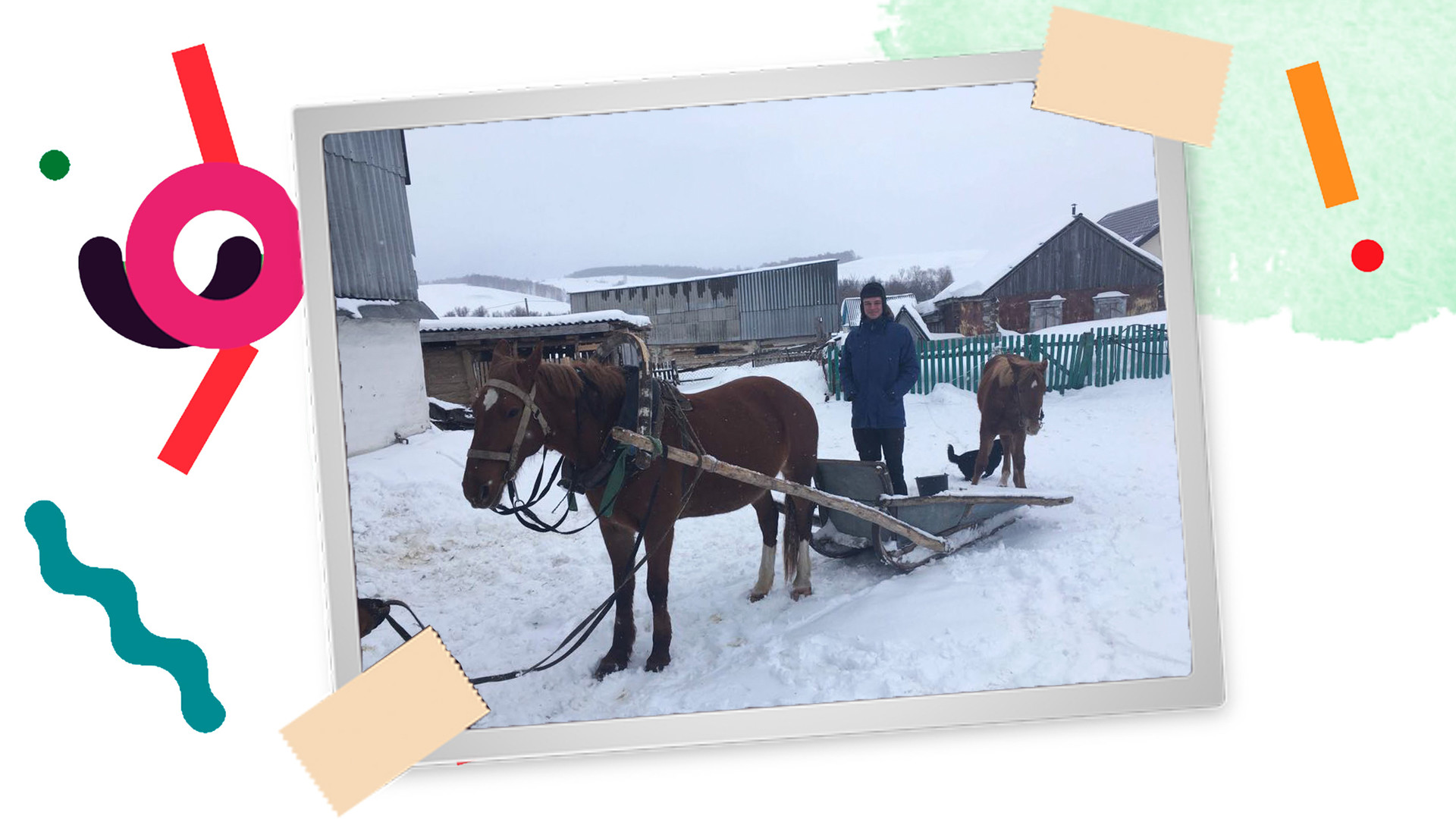 Even though at first his family wasn’t thrilled about the idea, Julien loved the city right from the start. “Many foreigners have only Moscow or St. Petersburg in mind but Russia has a lot more to offer. Bashkiria is a beautiful republic and boasts many pristine natural places,” he argues.

As he says, even though it's hardly touched by civilization, living in the province is an excellent way to get immersed in the local culture. “Authentic Russian life is definitely found in towns like Belebey. Eating fresh food from the farmer’s market, growing vegetables in your garden, going to banya with friends, we have it all!”

“What I enjoy the most here is the authenticity of the people. Although there are exceptions, people here are sincere and direct in their speech,” Julien shares. “After six months of living here, I have never felt insecure or in danger at any time. As long as you are not breaking the rules, everything will be fine... More than anything, I saw a lot of solidarity between people. Whenever I have a problem in my apartment or I need to find something, there is always a colleague or a friend ready to help. People I usually meet are generous, curious and really support their families and friends through thick and thin.” 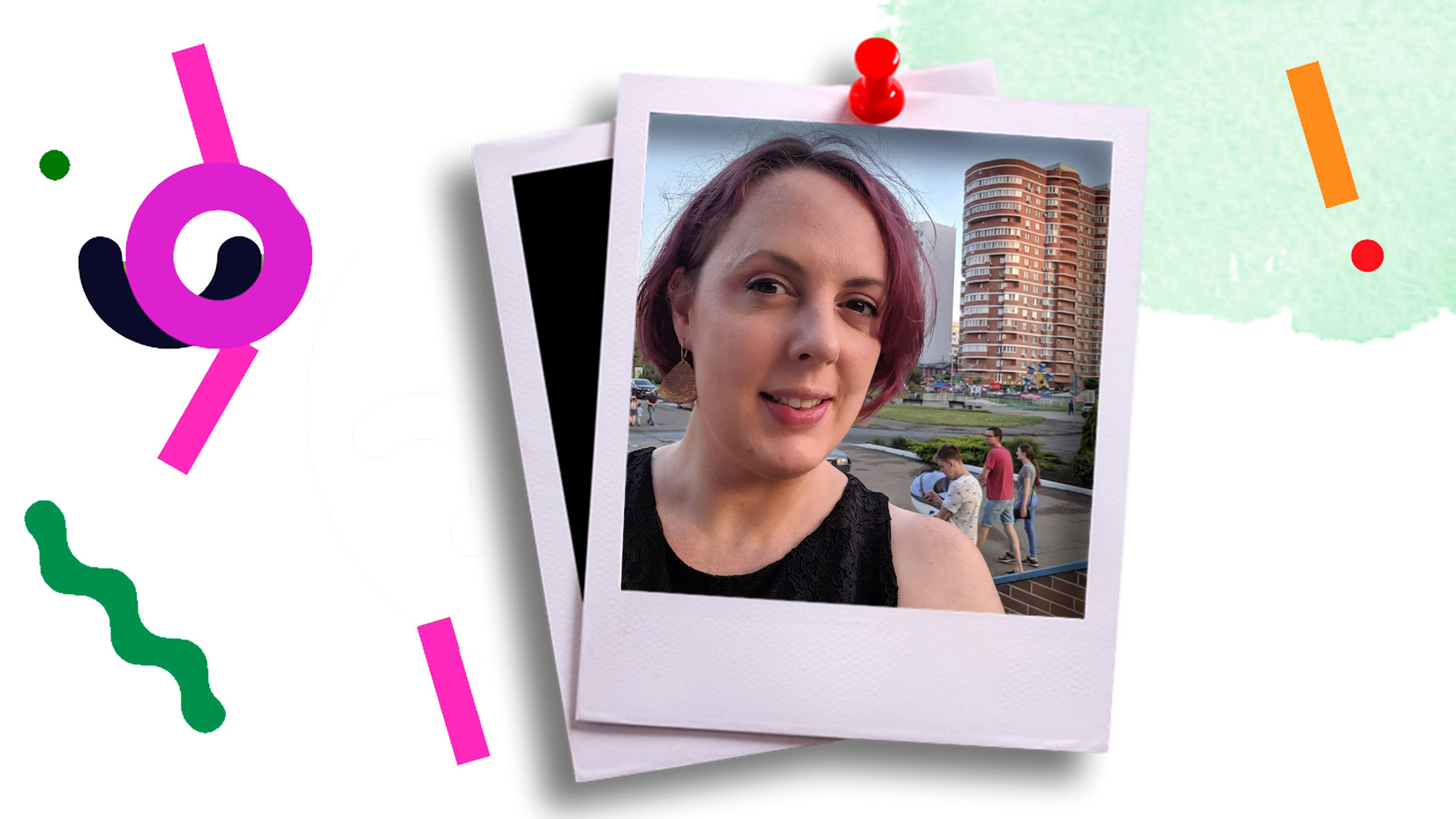 Born and raised in California, Laura says she has never been one to do things the traditional way. 10 years ago, she visited Krasnodar as a tourist and a month later she was certain that she wanted to stay. “I've had the fortune to be able to live in many different cities, and I'm positive my place is here in Krasnodar,” she says. “I've never thought about leaving. I absolutely love the Kuban! I've traveled all across Krasnodarskiy Krai and have made many memories here. I've learned Russian, met my Russian husband, and had two boys at a Russian roddom (maternity hospital)!”

Her boys are now 3 and 5 years old  “They speak English as their primary language, but we all speak Russian too,” she says. “They will live here and go to school here. They are Russian. How they choose to identify is up to them when they get older.” 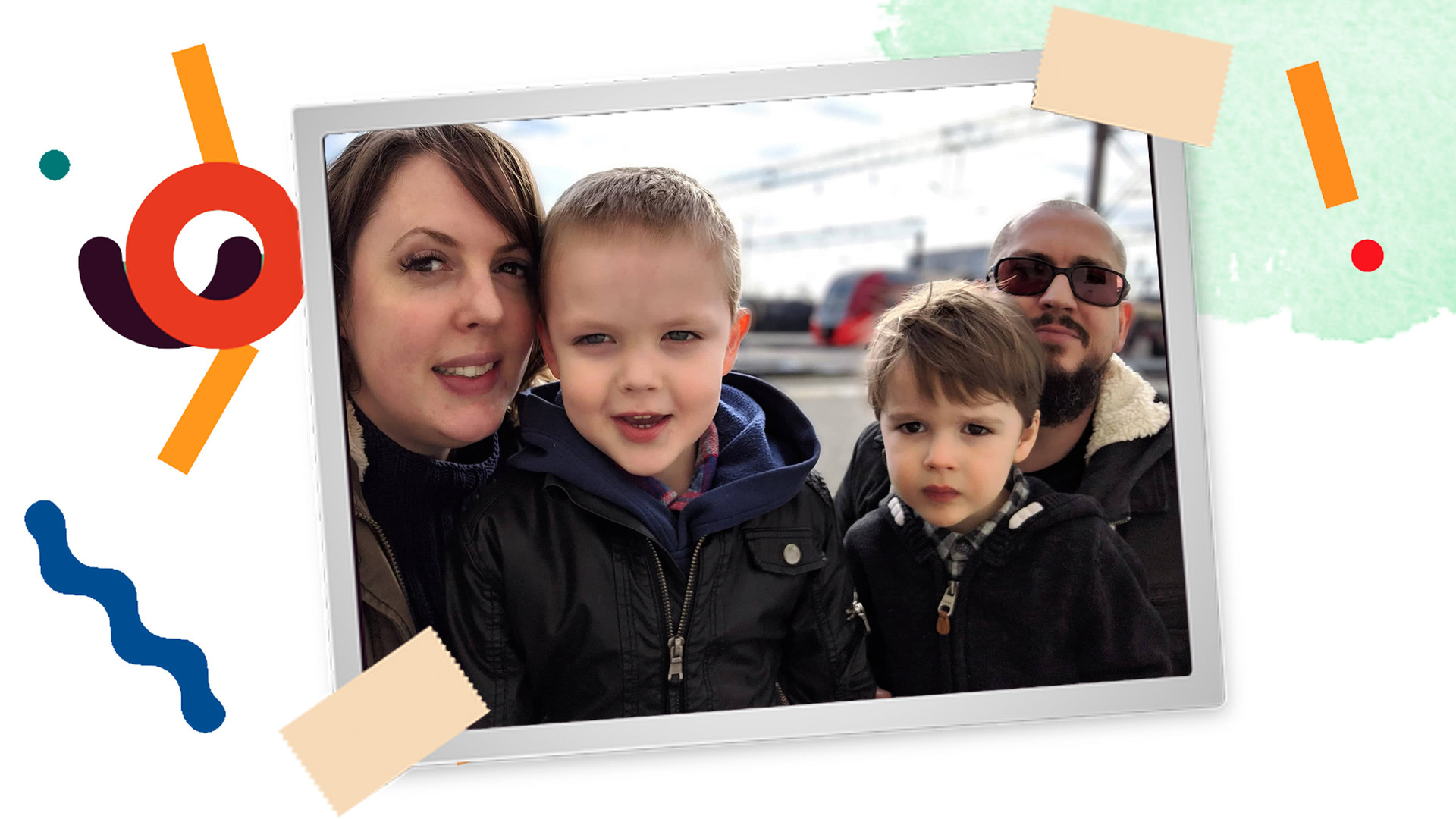 The daily life in Krasnodar, seasonal local fruits and veggies, as well as a warm California-like climate - all have made Laura fall in love with the city. “I've had a few moments where I felt less than safe, but never truly in danger. I felt much less safe in America where guns are everywhere,” she also admits. “Here in Krasnodar, I live my life as a Russian. Every day feels like I'm still on a trip to a foreign country. No matter how comfortable or familiar everything is, I still feel like a tourist. I love that feeling.”

Back in the U.S. she worked as a graphic designer at Harley Davidson, but in Krasnodar she had to change her occupation. “I didn’t speak Russian at first, and I didn’t have any hopes to find a graphic designer job in Krasnodar so I began teaching English and unexpectedly I loved it a lot... Now that I know Russian I have a lot more options but I still choose teaching.”

To her, Russia is very much a country of extremes. As she thinks, Russians are resilient and not naive about the fragility of life: “I admire them and their ability to adapt. I've still got a long way to go to understand the Russkaya Dusha (Russian soul), and I'm enjoying the journey.”

3. To seek that authentic Russian soul

Jean-Louis Bachelet, from Paris to Murmansk and Makhachkala 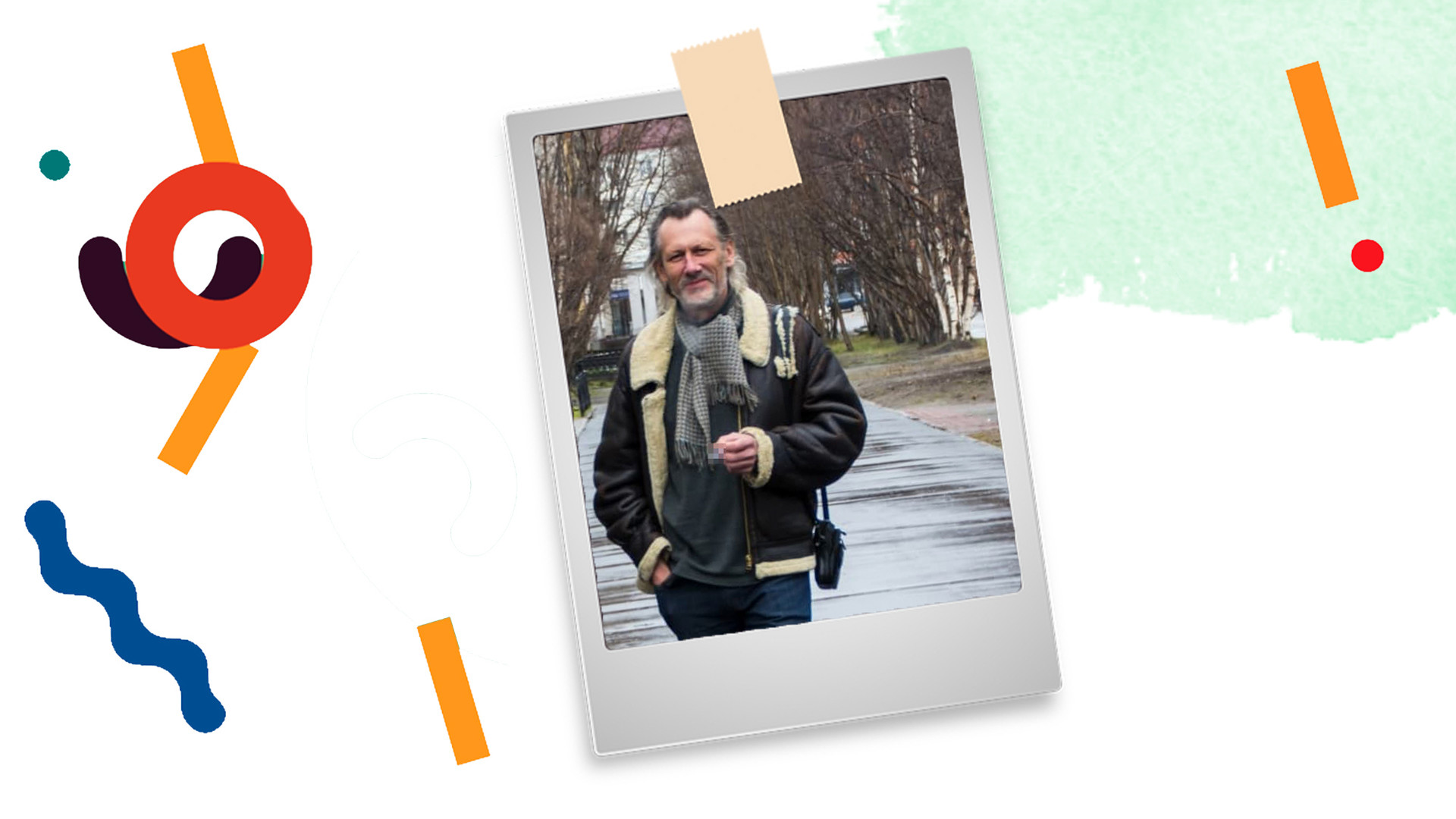 French writer Jean-Louis Bachelet knew that Russia will become his second home as soon as he got familiar with the works of the country’s writers and music composers. He’s travelled to the country’s main cities - Moscow and St. Petersburg but didn’t find that peculiar "Russian soul", which he had read about. His thirst for that authentic Russian life pushed him away from these cities.

“It’s impossible for a writer who wants to write about Russia to just limit himself to visiting these cities without falling into clichés which feed Western stereotypes and serve as a lever for conspiracy against Russia,” he says. That’s why he eventually found himself in places where few tourists dare to travel - first in Murmansk, in the country’s north, and a bit later in the southern city of Makhachkala in Dagestan. 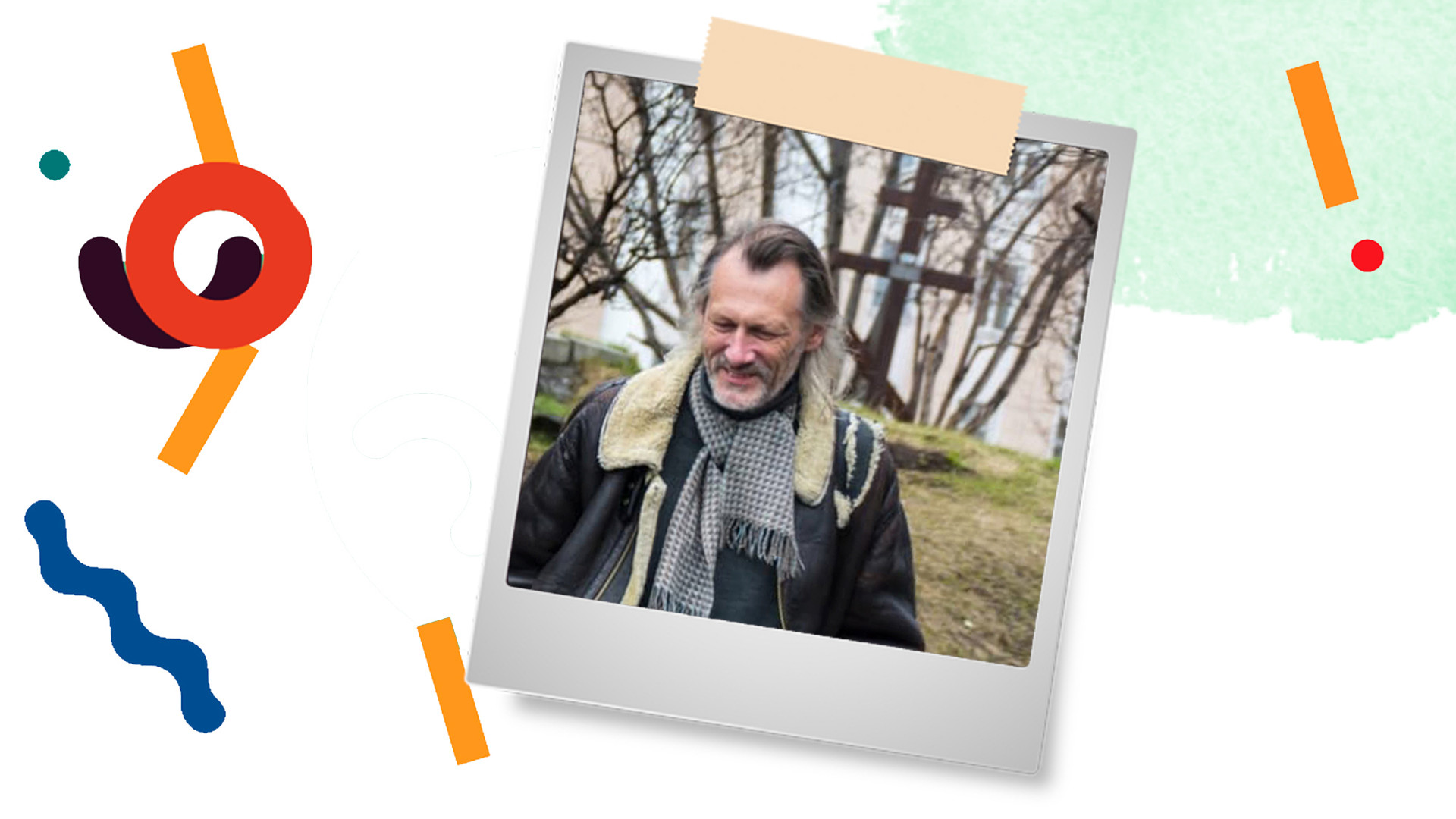 “Makhachkala and Murmansk represent two extremes, and one of the peculiarities of Russia is this unique ability to unite such radically different cities in one country. In Murmansk, we see a northern world, reminiscent of Vikings or Normans... The North Caucasus is a country of Islam, marked by the deportation of Chechens by Stalin in 1944 and the horrific wars of the late 90s. People who live in these areas, whether in Murmansk or Makhachkala, remember past wounds, they embody ‘real people’ for me, both in sorrow and in joy,” he explains.

As Jean-Louis admits, there he found real culture, with centuries-old traditions and lifestyle. “Not even a day passes in Makhachkala without young people getting together to dance lesginka  (a local dance), even in the middle of a road! Such persistence of traditions and customs in conditions of relative poverty seized my heart and convinced me that here people are living the real life, a ‘living life’, as Dostoevsky once said.”

Of course, there were things that one should take into account like extreme cold temperatures in Murmansk, but as he says: “Wherever there is real life, there is danger. When there is no danger anywhere, it is because there is no life left.”

Jean-Louis admits he fell in love with Dagestan so much that he plans to buy a house there. “For me, Dagestan is the quintessence of all the beauty in life, including the beauty of nature, culture, as well as all dangers, such as Islamism and claims for identity. As a writer, I can’t imagine my life in any other place,” he says.

4. To find a new purpose in life

Marco Bravura, from Italy to Tarusa 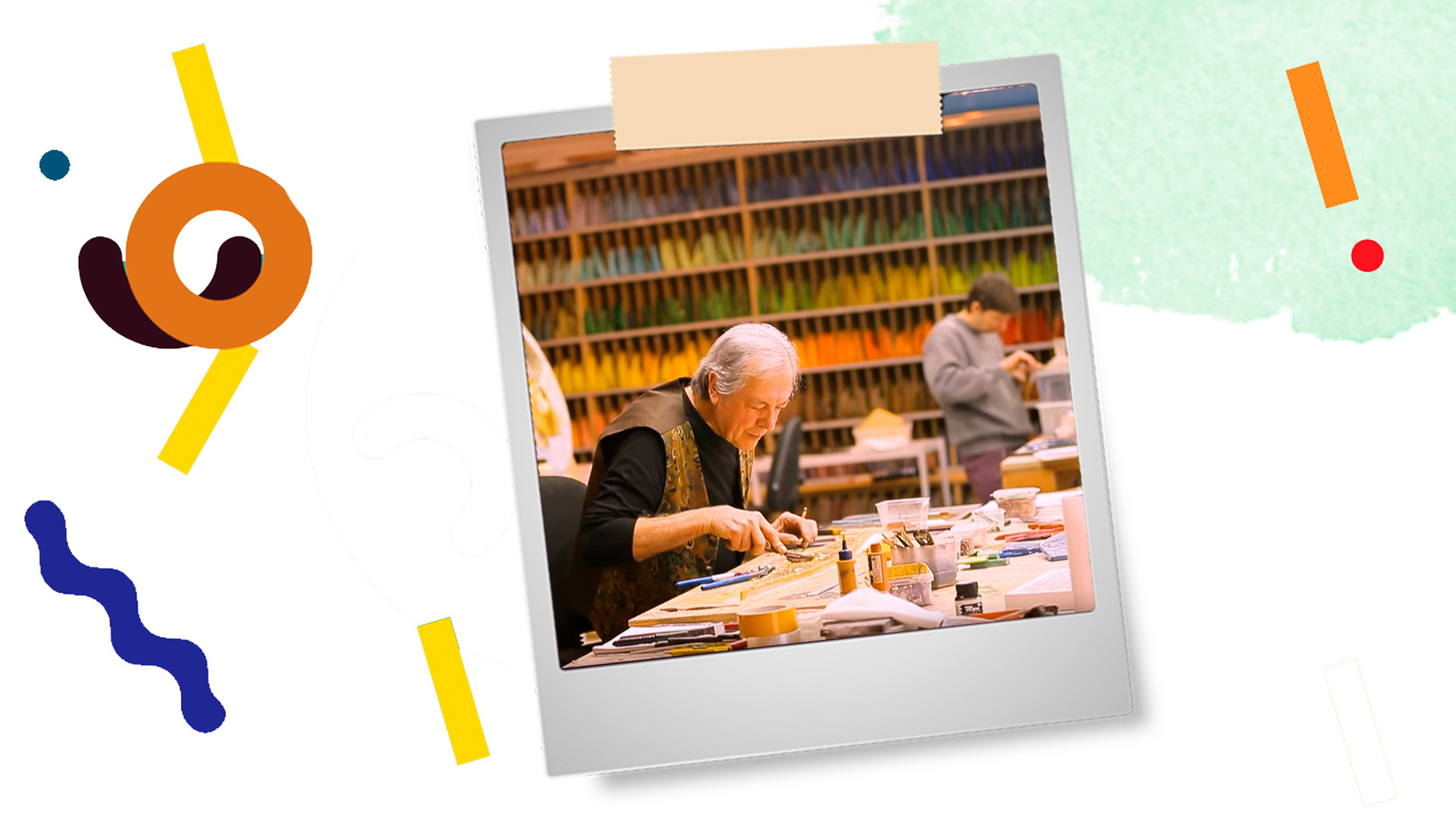 Italian mosaics artist Marco Bravura has been living in Russia’s small town of Tarusa (140 km south of Moscow) with his family for the last 12 years.

After travelling and working all around the world, at some point he was invited to Russia by Maecenas Ismail Akhmetov, who wanted to restore the art of mosaics in the country and even offered Marco a studio with everything he needed to work.

“When I first came here, for a very short time, I felt something really special. I cannot really explain what, but basically I felt the possibility that I can do something here that maybe isn’t possible in Italy anymore,” he recalls. For over a decade now, he and his wife contributed to local life by establishing an art school for children, as well as supporting Russian artists and art exhibitions and concerts. 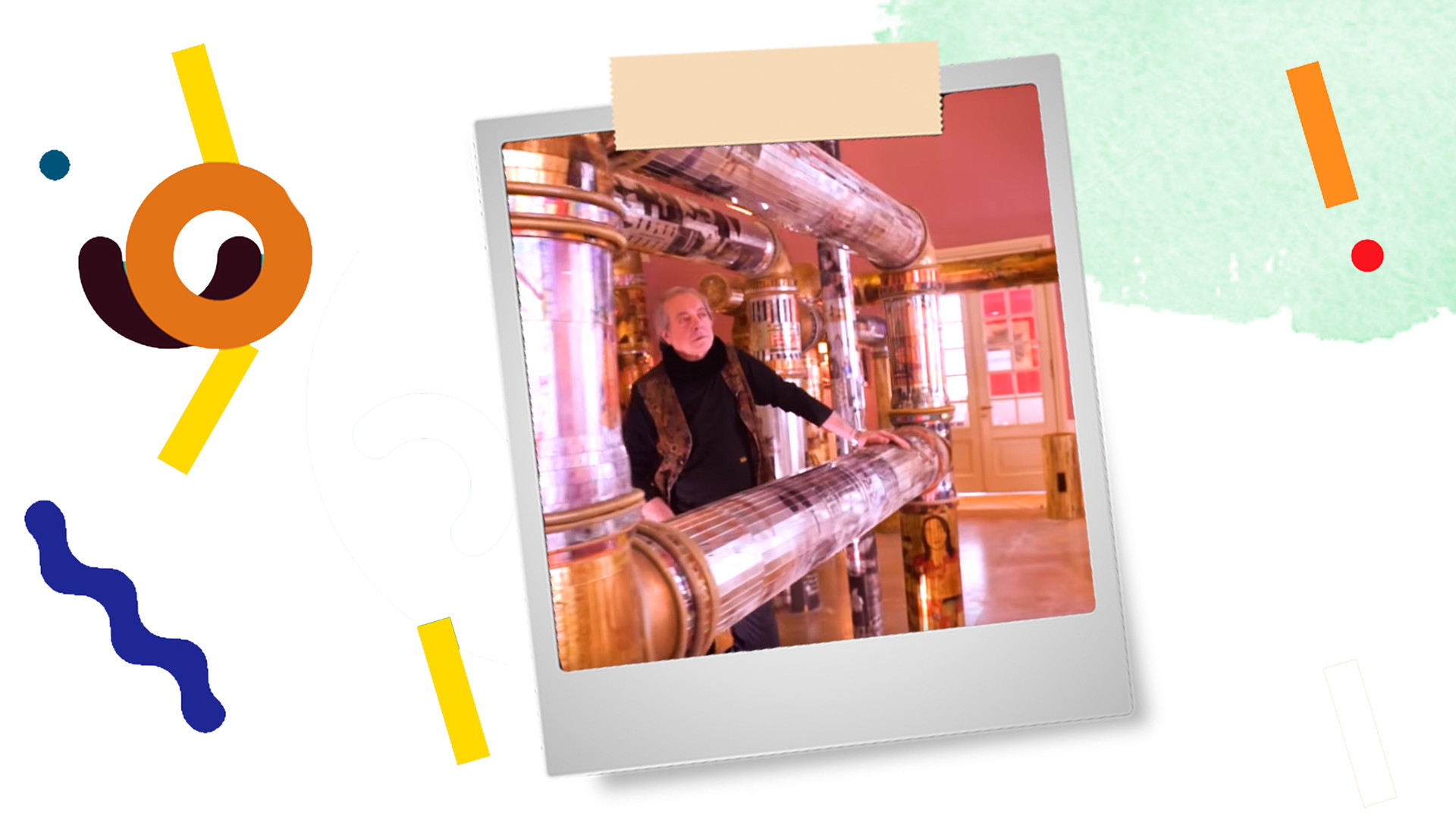 “My favorite place in Russia is Tarusa. It’s an amazing place for many reasons. The nature here is wonderful - the beautiful Oka river and the forests. But it’s not all - this place has seen many intellectuals who lived here, including poets Marina Tsvetaeva and Bella Akhmadulina,” he says. “In Russia, I’ve found something that I can’t even express: the freedom to express myself and a lot of inspiration that comes from Tarusa, the city of poets and artists, and the Russian intelligentsia.”

As he says, this small town on Oka river inspired him to do something for this place: “Moscow and St. Petersburg are beautiful cities, but the province also needs beauty, because it’s a pleasure to live in a beautiful place. So, Tarusa (for me) is a lab to bring beauty to the country!”