Where on earth did these GIANT spherical stones come from? (PHOTOS) 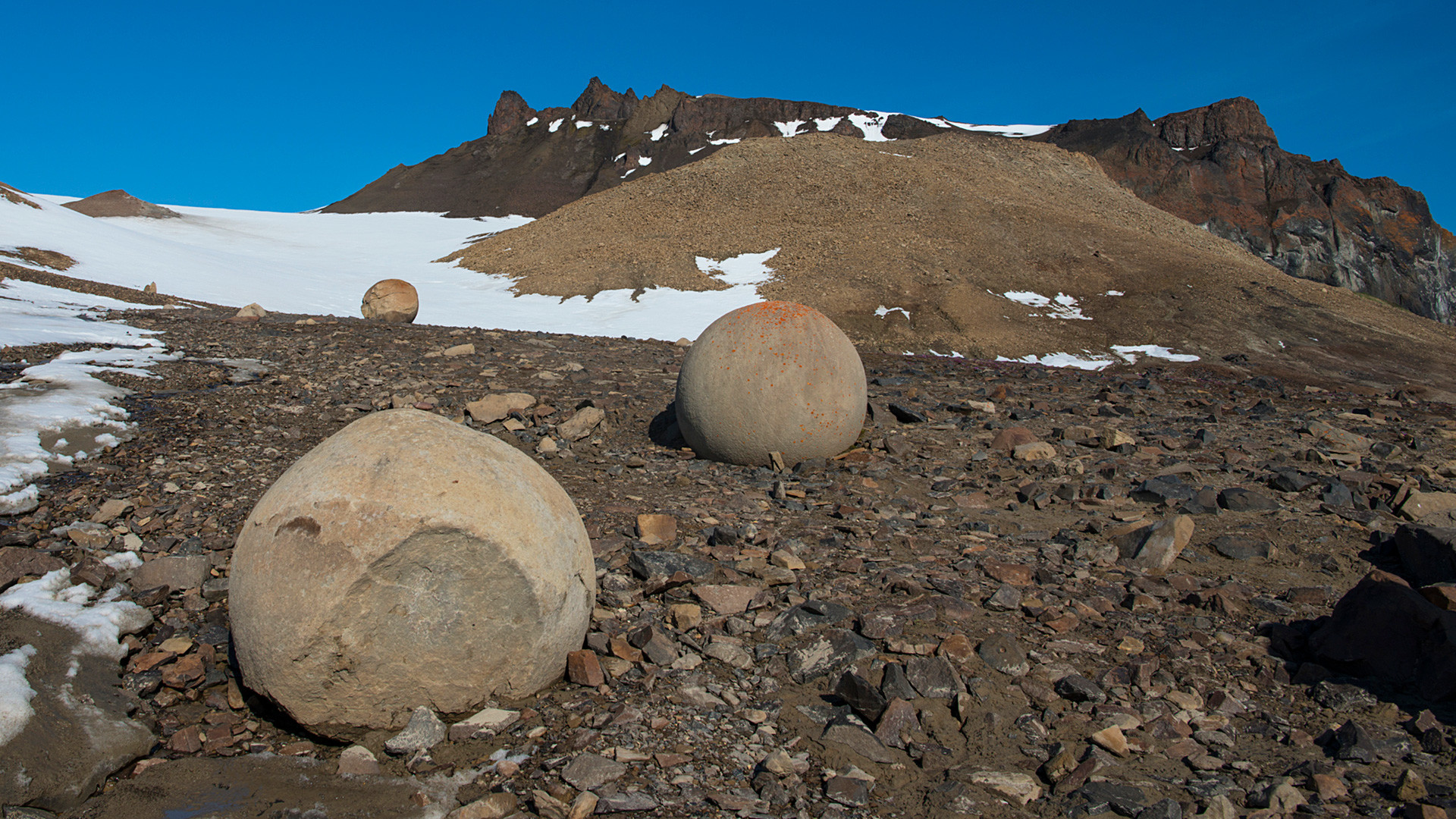 Legion Media
“Monster marbles” or “footballs of the Gods” - these stone spheres of Champ Island look entirely man-made. Only one issue though - humans never lived here.

If you ever get a chance to visit the Arctic, you might as well stop by this peculiar island located in the Franz Josef Archipelago. With an area of 374 sq km (144 sq miles), Russia’s Champ Island is one of the most remote sites on the planet. It gets its name from William C. Champ, a leader of a relief operation that went looking for the Fiala Zeigler polar expedition in 1905. 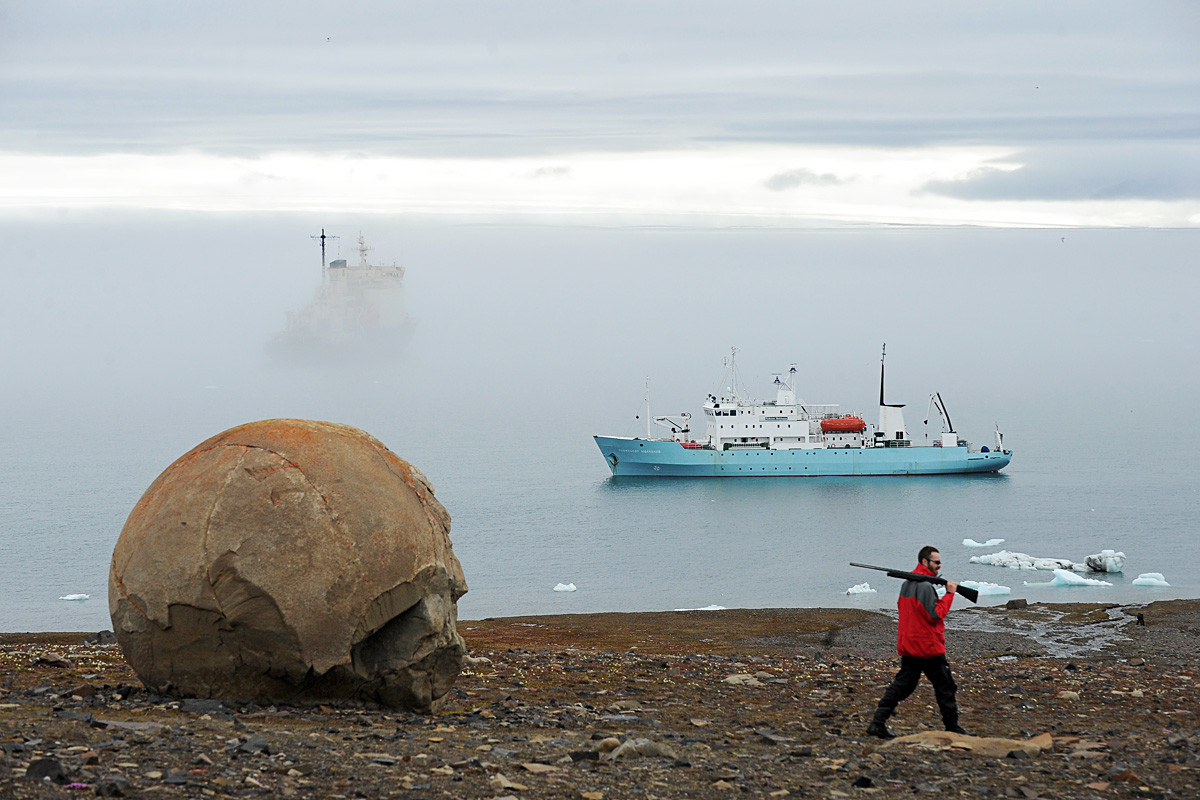 Yet, few would have found this place to be unusual if it wasn’t for its unique concretions. The barren landscape of this secluded island is littered with stone balls, from a few millimeters to several meters in size. Some of its visitors dubbed these unique formations “monster marbles” or “footballs of the Gods.”

They look so perfect that one might assume they were created by humans who lived here at some point in time, but the island has never been populated before. 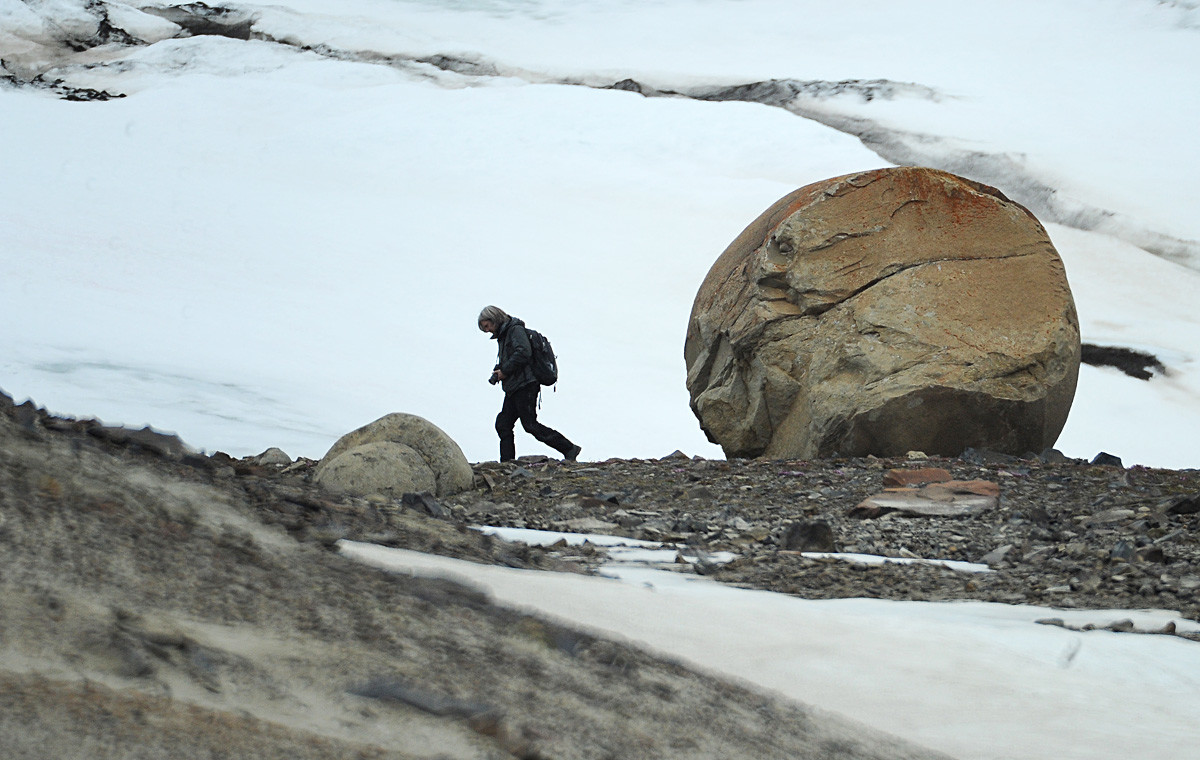 Scientists agree that the stones must have appeared naturally, but it’s not clear how exactly. It seems that every geologist that visited the island has their own explanation for this unusual phenomena. 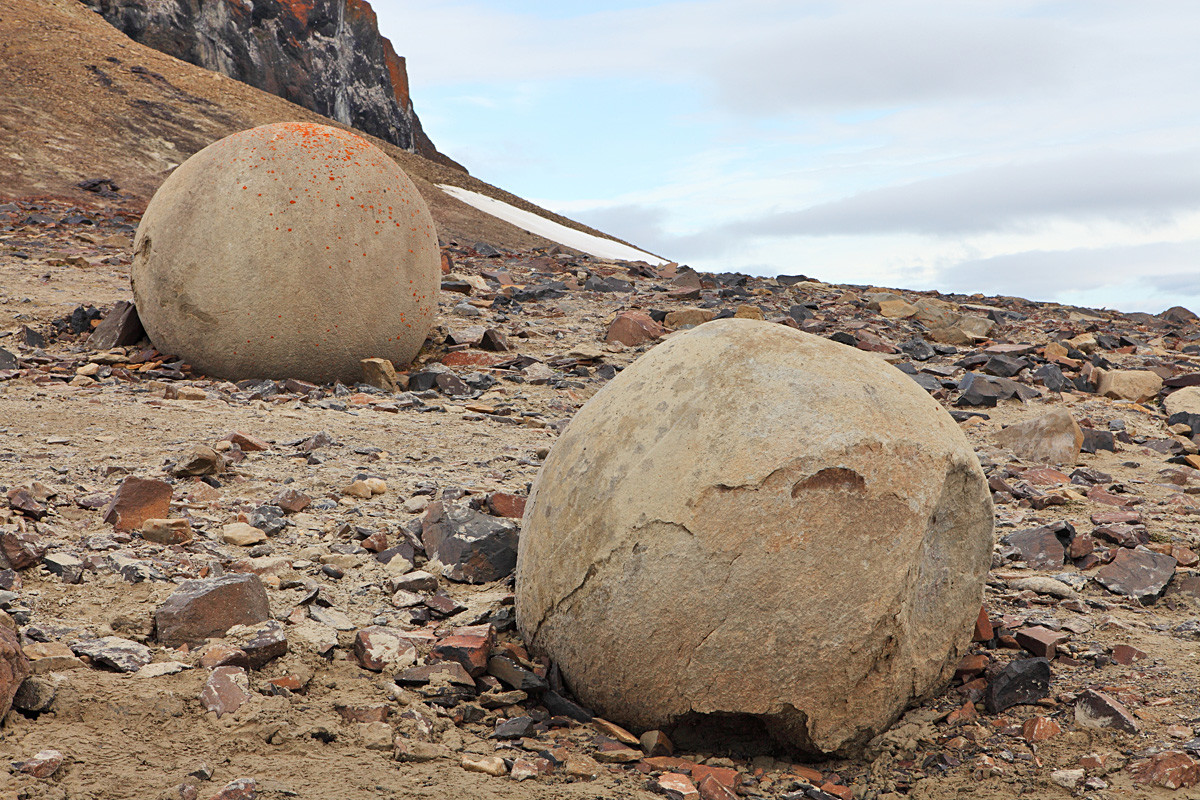 Some believe that these balls appeared as boulders that got washed by coastal waters, which might explain the origin of small rounded spheres - but not huge balls found on Champ Island. 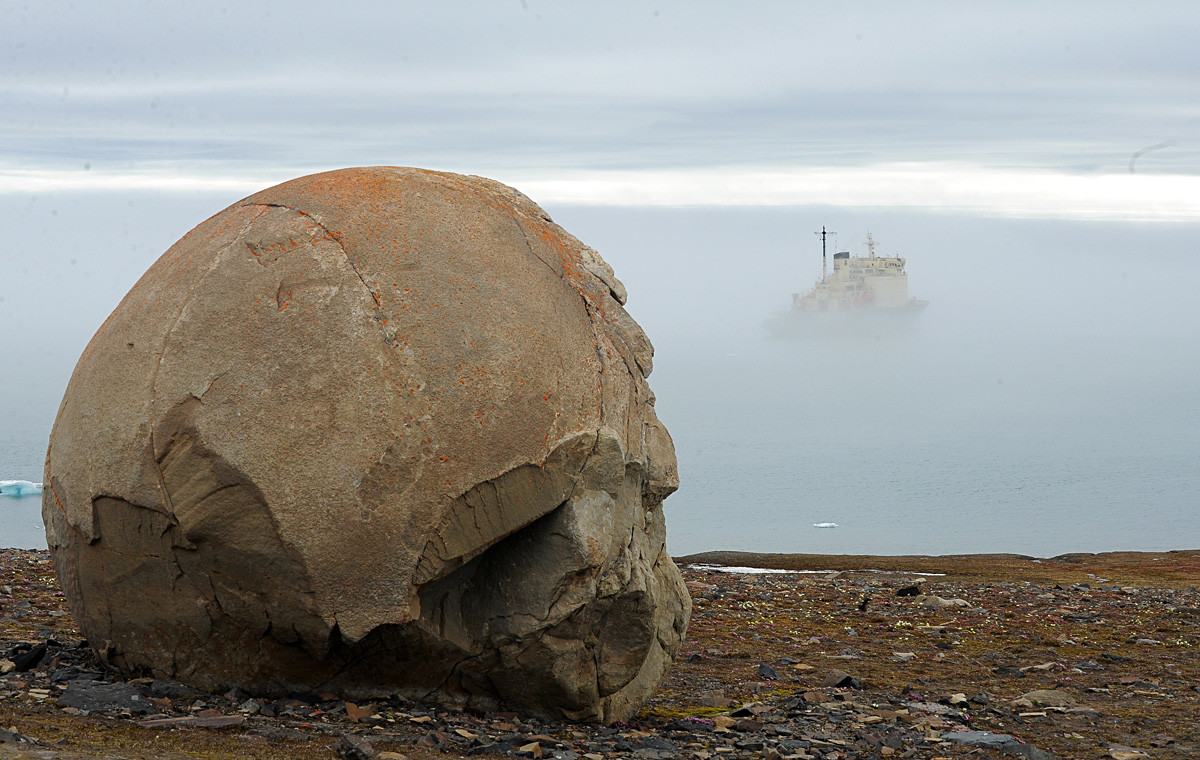 Another popular explanation is that stone spheres were formed underwater and that they have an organic core in the middle. “I believe that they were formed in sea water, in soft deposits from the remains of shells that once drowned and got stuck in the sandy bottom,” said Austrian geologist Sepp Fridhubera. “The shells consisted of quartzite - sedimentary rock, which, under the influence of heat or pressure, takes the form of a crystalline structure, and marcasite - a mineral that is a compound as a result of chemical reactions of iron and sulfur.” As he says, analysis showed that it was precisely marcasite that was the main connecting element in the balls. After Franz Josef Land rose from the depths of the sea, and the glaciers that started to melt began to erode, sedimentary deposits eroded, turning into these stone forms. 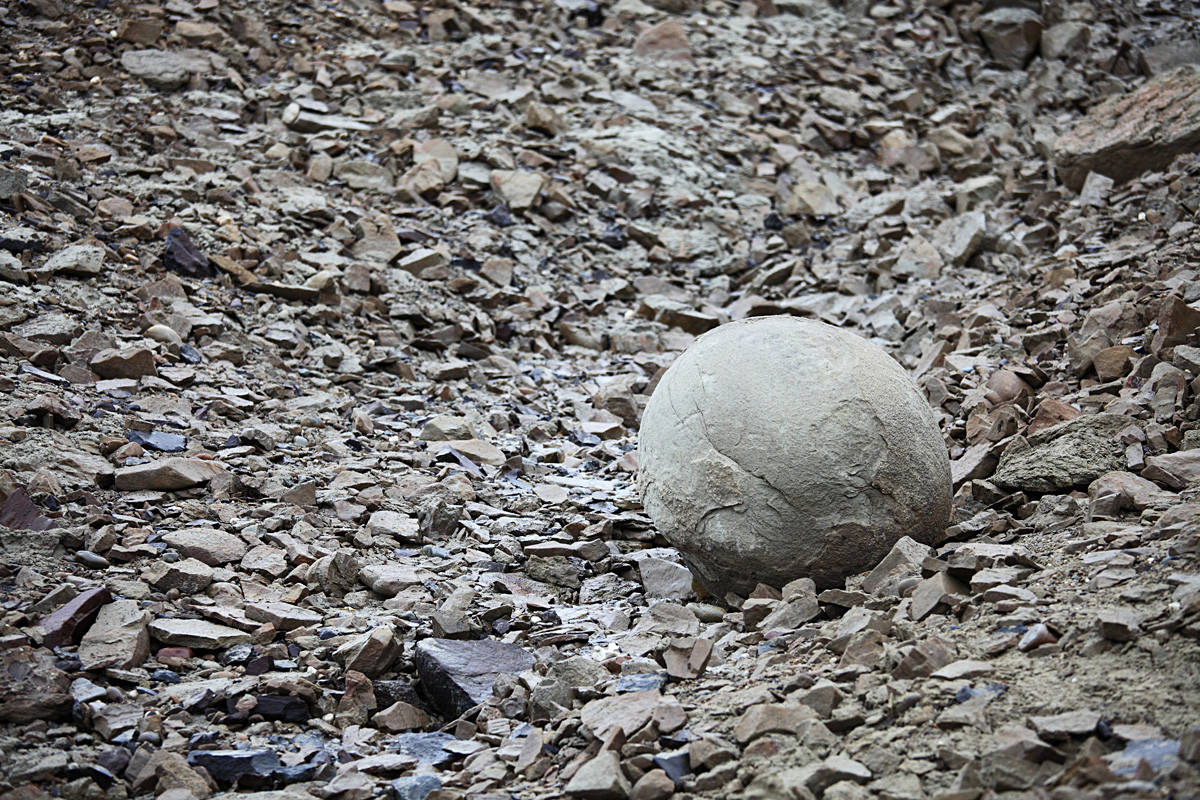 According to Russian polar researcher Viktor Boyarsky, the balls are made of sandstone which can point to their organic origin: “This is soft sandstone that can get destroyed. Those who’ve been on the island noticed that some large stones broke in two halves, and the largest stone crumbles more and more every year.”

These unique formations have made the island a popular destination for tourists visiting the Arctic. Like wind and water, tourist flows might lead to further gradual disruption of the concretions. And it’s not only because of too much touching or taking selfies - some tourists even dared to take a few stones as a souvenir. 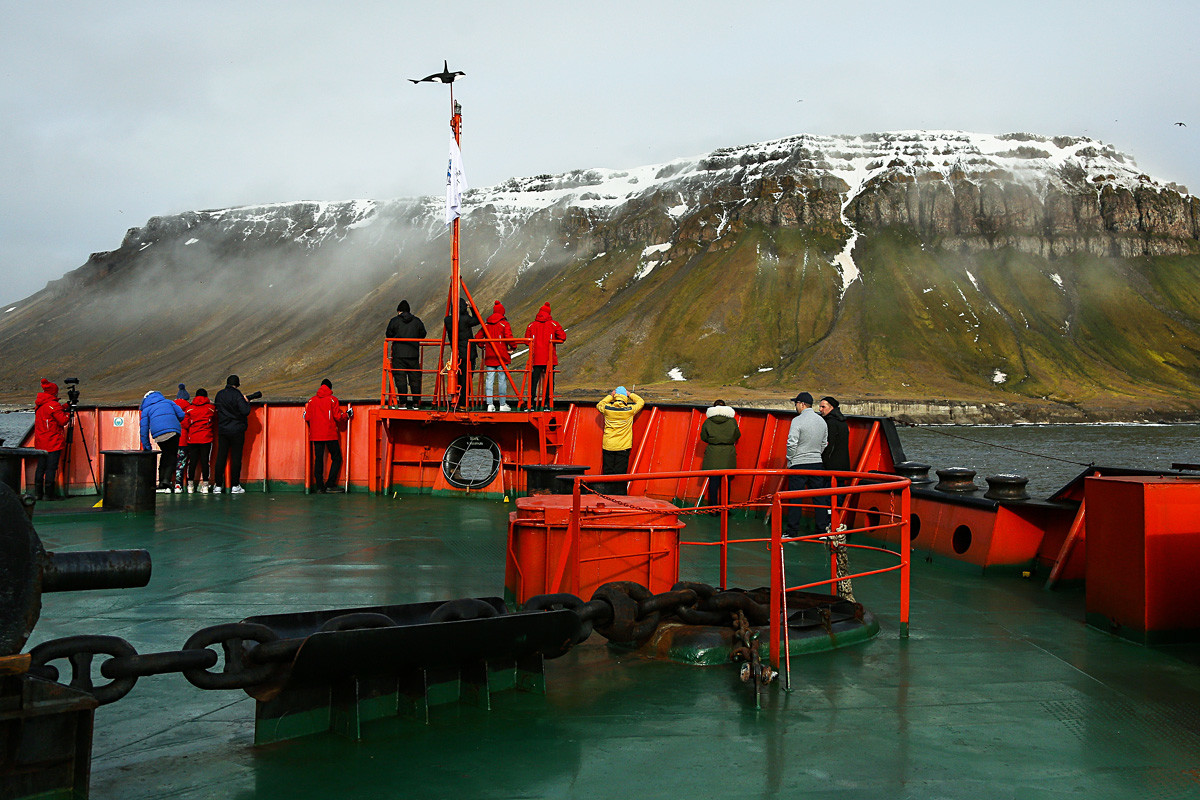 Interestingly, similar natural phenomena were also found on Heiss Island of the same archipelago and in other parts of the world like Crimea, Kazakhstan (Torysh), the U.S. (Rock City, Kansas), and New Zealand (Moeraki Boulders).