5 reasons you MUST travel to the North Caucasus 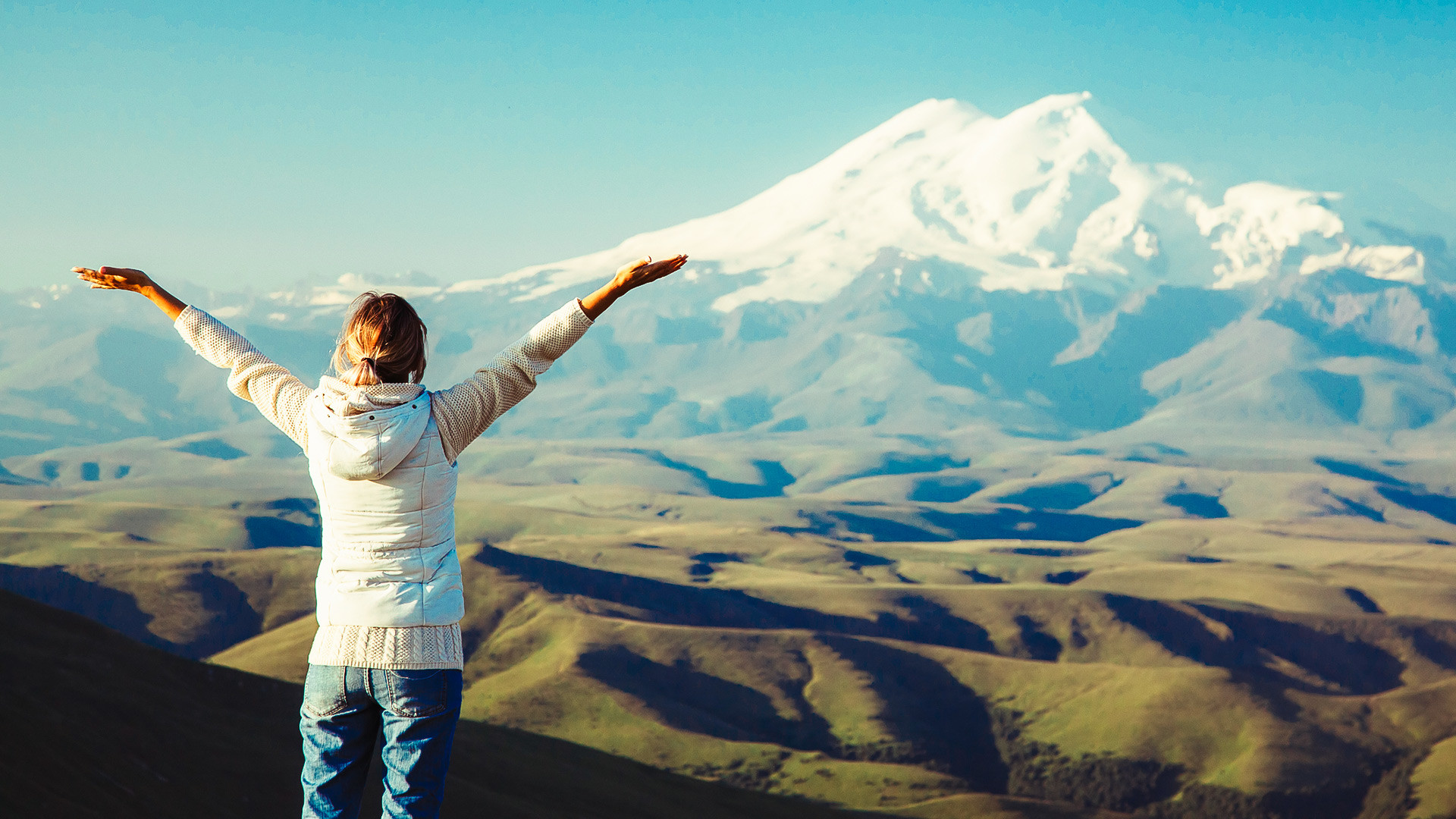 Legion Media
It’s one of Russia’s most diverse regions is also one of the most overlooked by tourists. Here are five reasons this needs to change.

When speaking of Russia’s south, most travelers would think of Sochi, Anapa or other coastal hotspots. While these are locations well worth the visit, we’d like to make a case for exploring the curious and complicated wonders of the North Caucasus.

The region’s diversity is staggering (there are over a dozen languages still in use) and it can be hard to know where to start, so we’ve gone ahead and hand-picked some of the quirkier highlights. Once you’ve visited one, we’re sure you’ll be back for more! 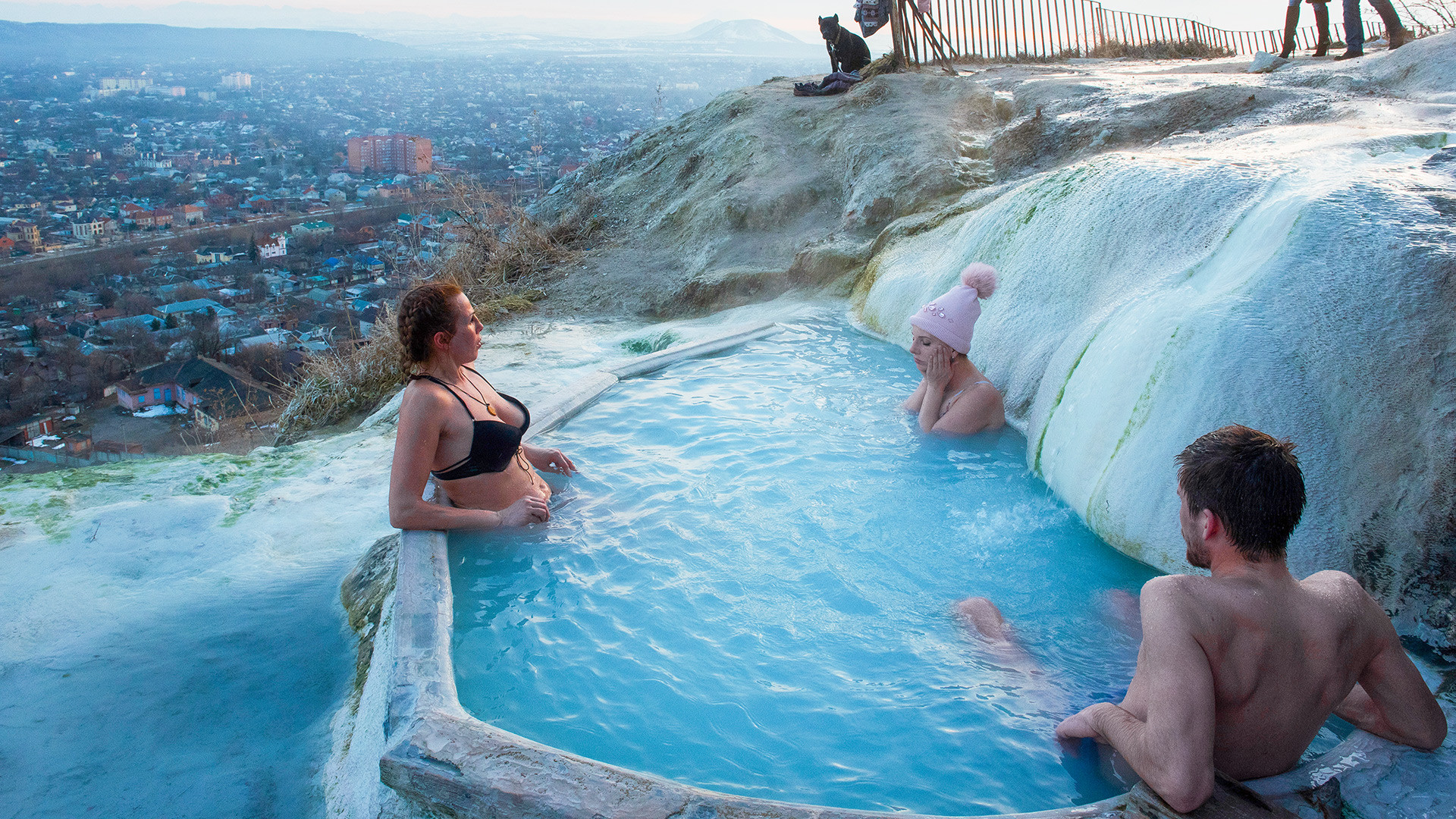 Our first highlight is a string of hot spring pools scattered across a hill on the edge of Pyatigorsk in Stavropol Kray, the administrative center of the North Caucasian Federal District.

The thermal springs are one of the greatest attractions of the North Caucasus as a whole, leading many communities to capitalize on the phenomenon and open their own set of spas and/or resorts. But what makes Pyatigorsk’s hot spring pools unique is that they’re unmonitored and open to all.*

Locals have long been aware of the thermal river going down the mountain and so built a number of small pools (often using sandbags or other make-do structures) to collect the water as it flows down. The result is a series of vertically-arranged pools that fit anywhere between 1-3 people at a time.

But just because there are a lot of them doesn’t mean they’re not crowded – at any time of day you can find teenagers, pensioners or families relaxing and enjoying the view. The most popular are the higher pools, of course: if you sit in the lower ones you’ll probably be getting some of the water that’s already been used by everyone above you!

*While the unsupervised nature of the hot springs makes for an outing in the spirit of spontaneity and mischief, use common sense when thinking about your safety and consult your doctor if you have any doubts about prolonged use of hot pools.

2. The Heart of Chechnya Mosque, Grozny 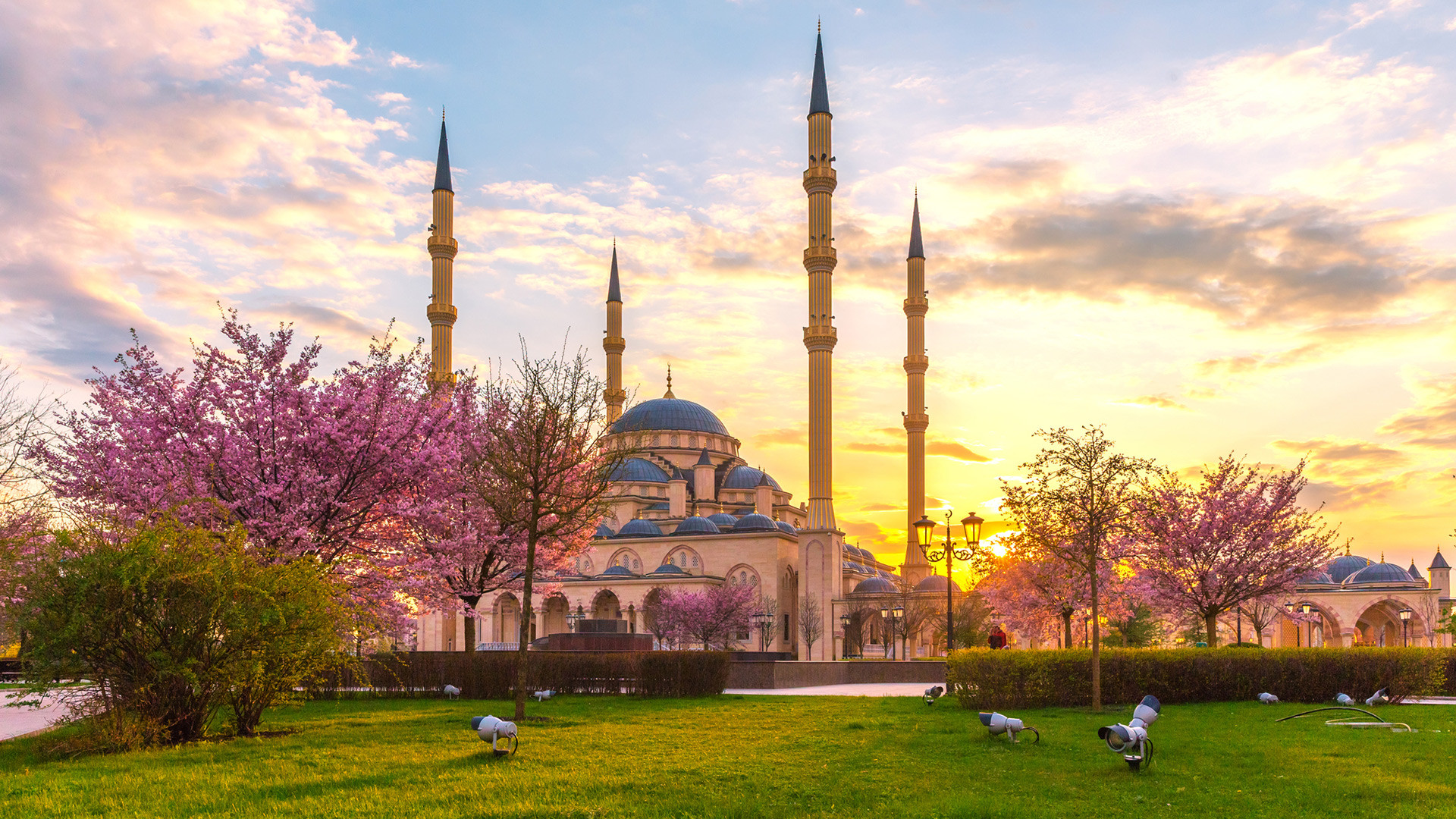 To say that the Chechen Republic has had a troubled history is an understatement. The region saw two wars and various insurgency movements through the 1990s and early 2000s. But tourism has slowly been returning with more and more Russians and foreigners arriving to experience the region’s famous nature and culture.

One of the most interesting symbols of the republic’s history and contradictions is the Heart of Chechnya Mosque in downtown Grozny, the regional capital. Officially named the Akhmad Kadyrov Mosque (to honour the father of Ramzan Kadyrov, the current regional leader), the inner prayer space can hold up to 10,000 people. The architecture combines ancient design with modern sensibilities and speaks to Chechnya’s place as a hinge between the Islamic and Slavic worlds.

As Kadyrov’s Instagram account can attest, one of the official pastimes of the Chechen government is outdoing itself – in August 2019, an even bigger mosque was built just outside of Grozny. It is named after the prophet Muhammad and can reportedly accomodate more than 30,000 believers. 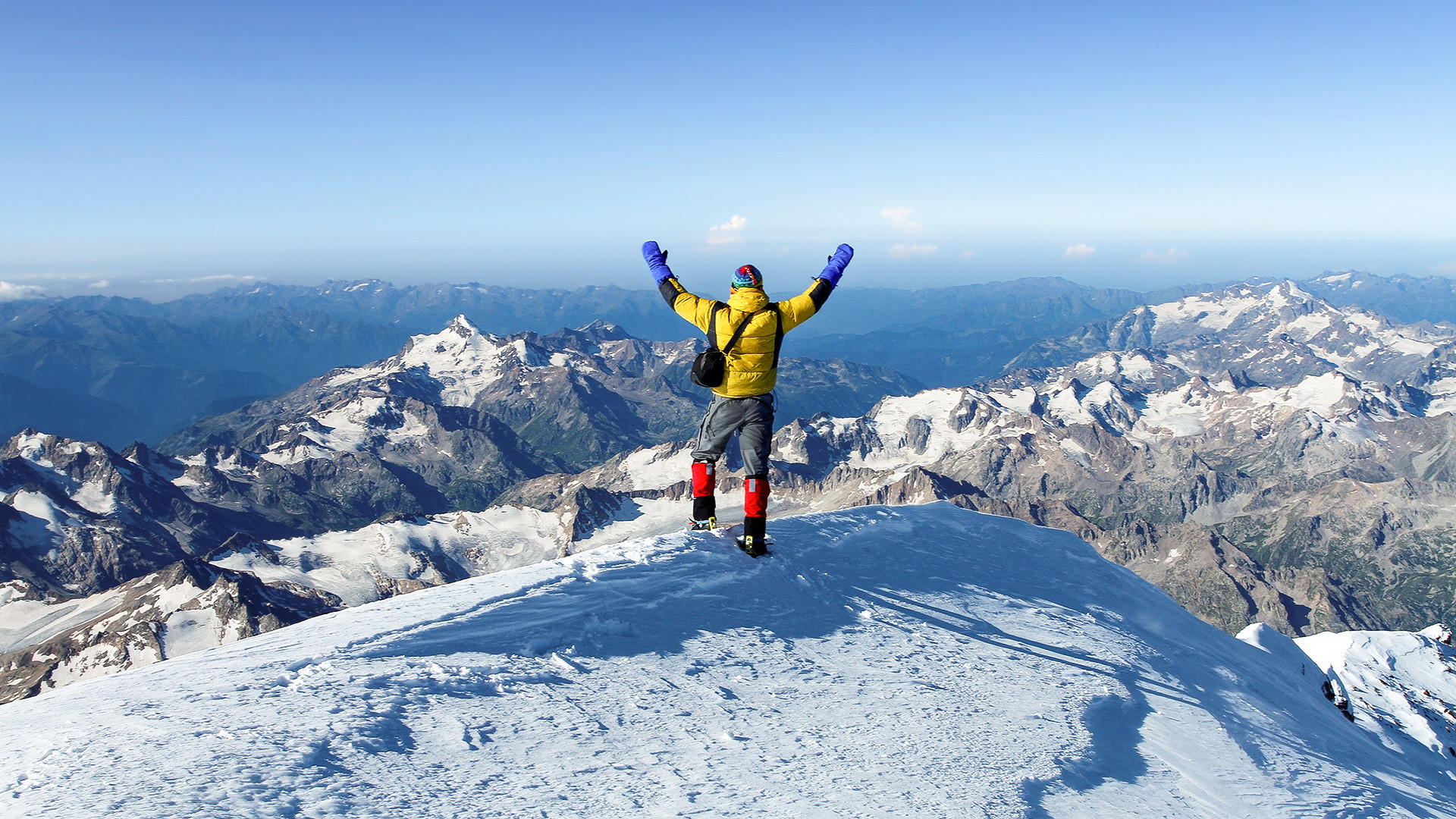 Europe’s tallest mountain. One of the world’s 7 Summits. The literal hinge of the Caucasian border between Europe and Asia. What can be said about Elbrus that hasn’t already been said?

Not a whole lot, to be frank. Russia Beyond has already published an all-you-need-to-know guide. That said, one of the highlights of the experience isn’t the mountain itself – it’s the gonzo series of cable cars that help tourists reach Elbrus’ heights without breaking a sweat.

What makes the Elbrus cable cars unique is how high you can reach in no time at all. The route is too high for a single track, and so, travelers have to switch gondolas at a number of checkpoints in order to reach the ‘Mir’ Station, which is Russian for both “world” and “peace.” From here, you can take a deep breath of mountain air, enjoy the snow (even in summer) and take in the view from one of the highest mountains in the world.

But the cable cars aren’t the only quirky attraction: make sure to arrange the services of a local guide for a quick trek on the slopes. You’ll be getting away from the rest of the tourists and encounter the true power of the mountainside.

4. City of the Dead, Dargavs 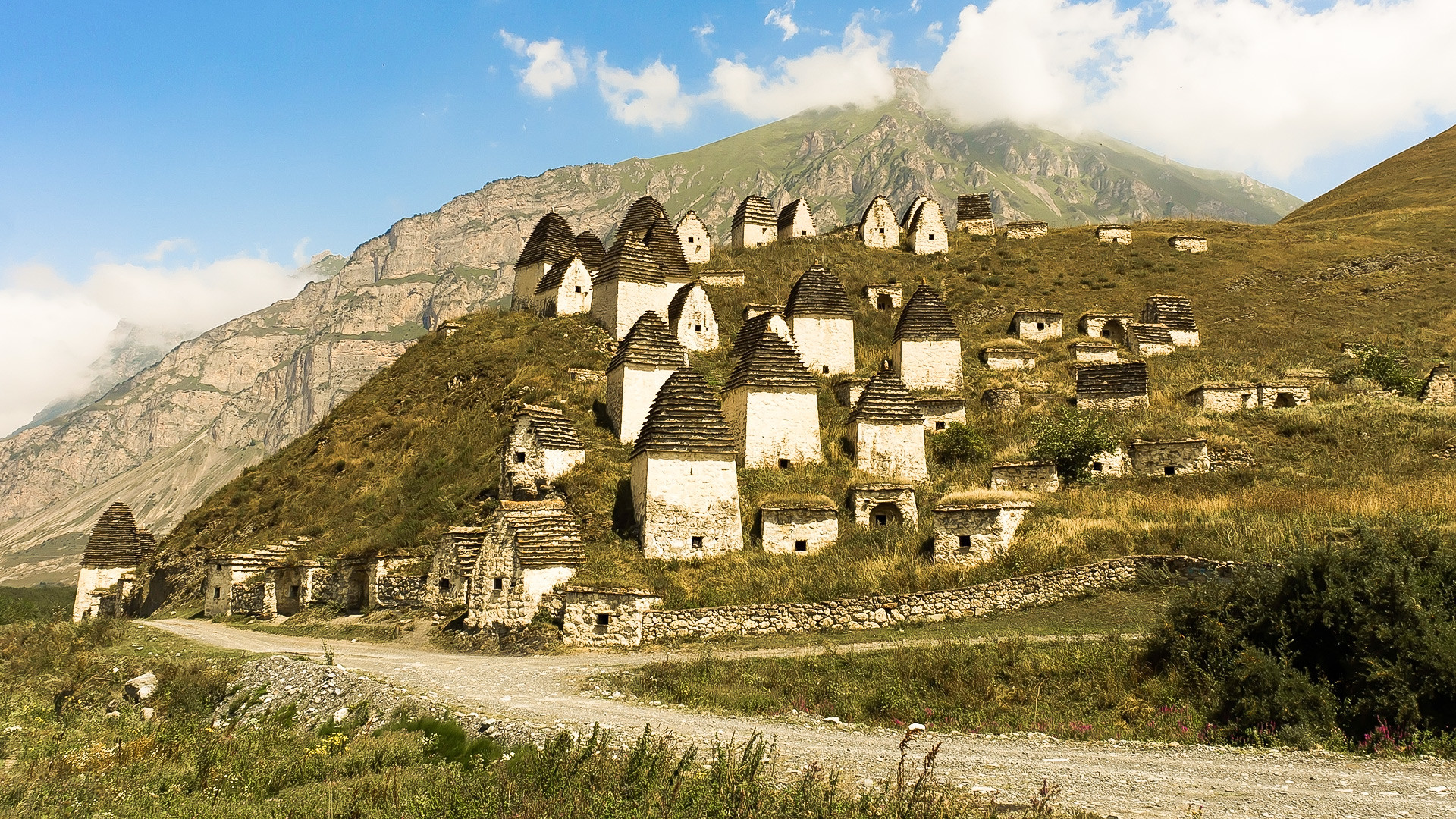 Perhaps the most remote location on this list, reaching Dargavs (located in the Republic of North Ossetia–Alania) means driving well off the highway. The complicated logistics come with a major payoff: while the settlement of Dargavs itself doesn’t have much to boast of, the necropolis on the edge of town is a curious and chilling reminder of the region’s long history (much of which was a part of the neighbouring Republic of Ingushetia for centuries).

The crypts themselves are shaped like eerie, abandoned white houses, the oldest of which dates to the 16th century. They are arranged in a town-like formation, giving rise to the moniker “city of the dead”.

There aren’t many tourists to be found at any given time of year, but the ones who do come can walk among the crypts and hear local superstitions and legends. One such belief is that the wells in front of the crypts are a way of finding out if the buried soul has reached heaven or not. If you drop a coin and it hits a stone near the well’s bottom, it’s a pretty good sign. 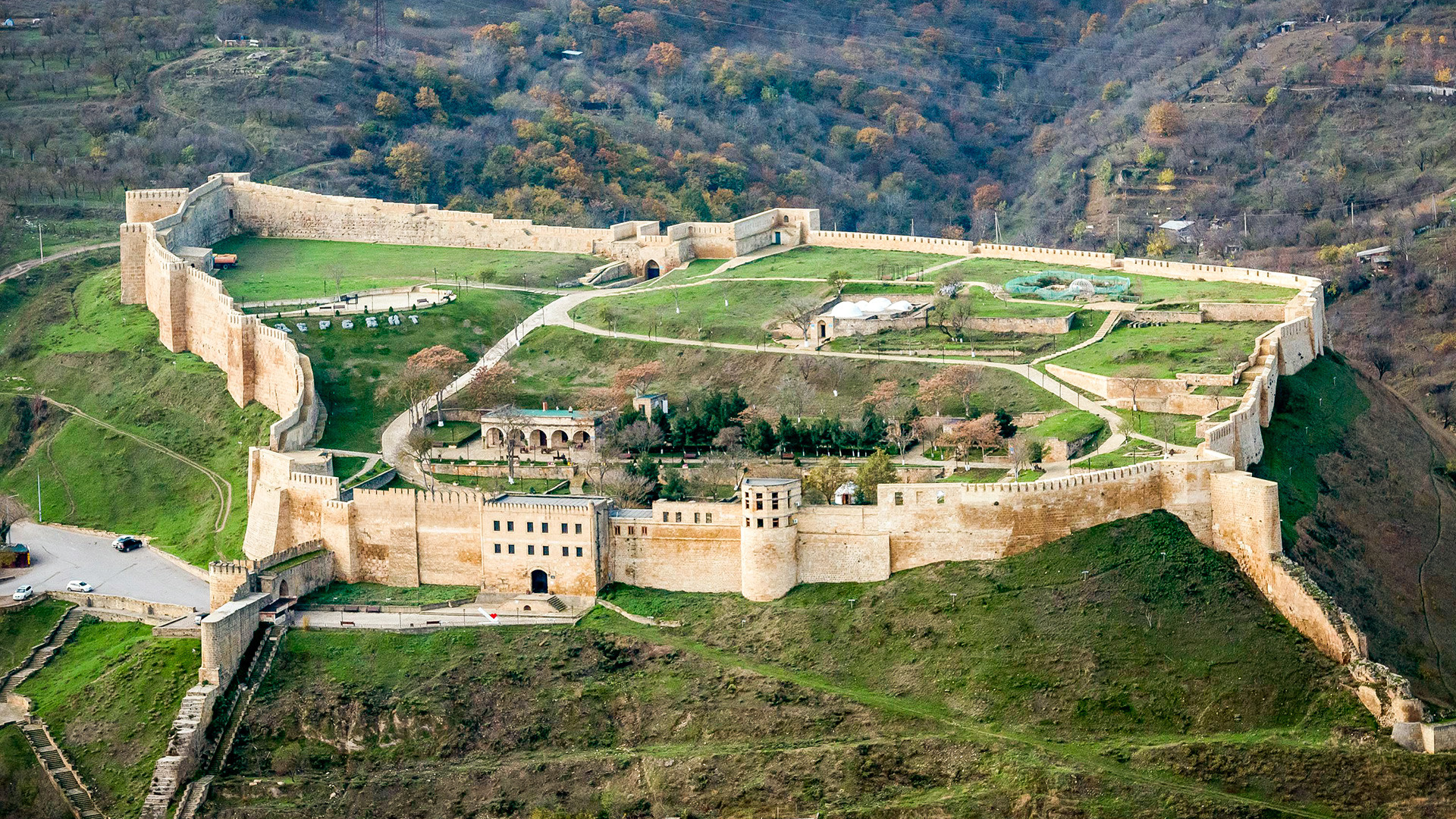 Derbent, the second-biggest city in the Republic of Dagestan, has a strong claim to be Russia’s oldest. One can find signs of over five thousand years of human settlement in the region, the pinnacle of which is the Naryn-Kala fortress complex built by the Persians in the 6th century.

Constructed at a time when the Sassanid Empire needed defending from the northern Turkic nomads, Naryn-Kala formed part of a 40 km series of fortifications called Dag-Bary. It was eventually conquered by the Arab Umayyad Caliphate and the whole of the region converted to Islam. The Persians eventually reclaimed their fortress and kept it until, in the 19th century, it became part of the Russian Empire, along with the rest of the North Caucasus.

The fortress is something of a metaphor for the region as a whole. It has lived through centuries of invasion, religious conversion, changing borders and shifting geopolitics to stand as a reminder of a world eternally vanishing yet irrevocably present.

5 things to know before visiting Dagestan

7 things to know prior to coming to Chechnya