5 things to know before visiting Dagestan 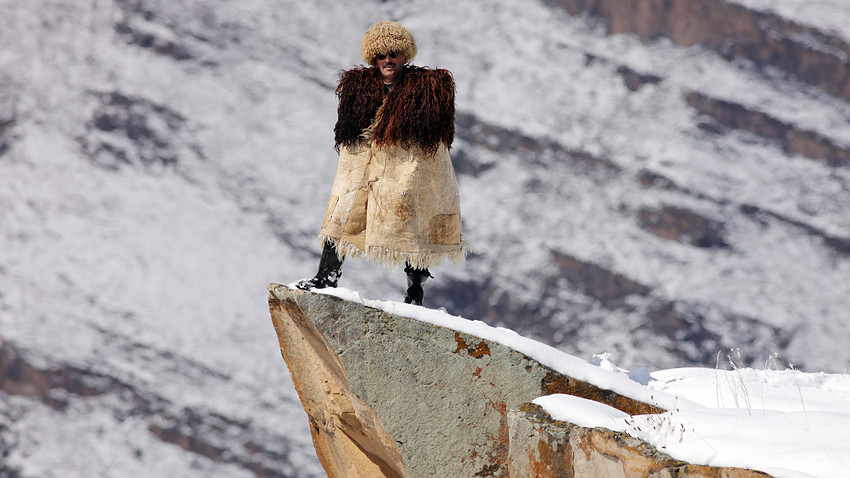 Ilyas Hajji
Public safety is paramount in this southern republic that borders Chechnya, but the rules tend to be more lax here on the shores of the Caspian Sea.

The main entry point into this southernmost region of Russia is Uytash Airport, which is located 25 kilometers from the capital, Makhachkala. The airport has flights to and from Moscow, St. Petersburg, Kazan, Rostov-on-Don, Surgut, as well as the occasional flight to the Kazakh city of Aktau.

The flight from Moscow to Makhachkala is inexpensive and short, about two hours and thirty minutes. Planes are as comfortable as those flying to any other destination inside Russia. 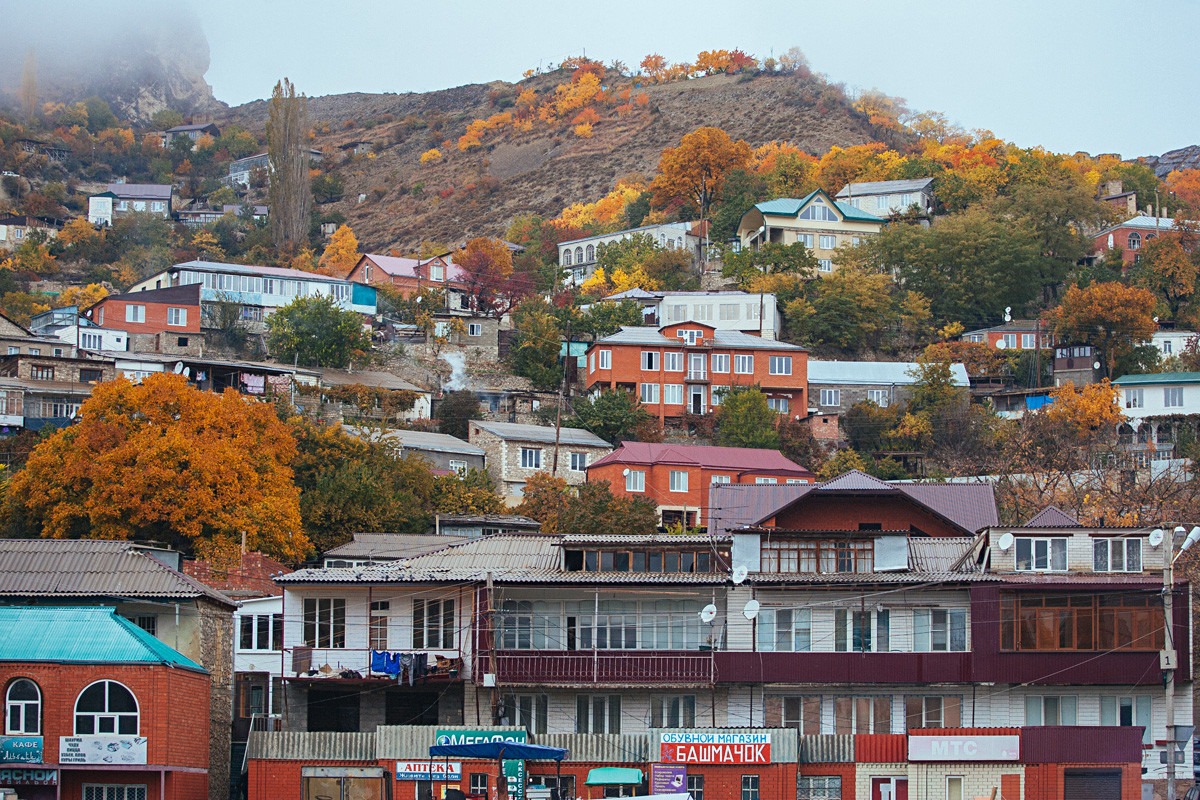 Traveling to Dagestan by car is possible but not recommended for tourists who do not speak Russian. The need to speak Russian, which is the lingua franca among the many local ethnic groups in Dagestan, will grow exponentially as you approach the republic. Cars are stopped more often for security checks than in most cities in Russia, and you’ll need to communicate with law enforcement officers because sometimes your documents will be checked along with the car’s plates.

On the way from Uytash Airport to Makhachkala cars pass through roadblocks where armed policemen check drivers and passengers against a database of wanted criminals, as well as the car’s trunk for weapons.

Visitors who are not used to excessive security measures might find this facet of local life a little intimidating at first. Nonetheless, such tight security is one reason why Dagestan remains a relatively safe region, especially considering that only 20 years ago it was a battleground in the conflict between government forces and Islamic terrorists. 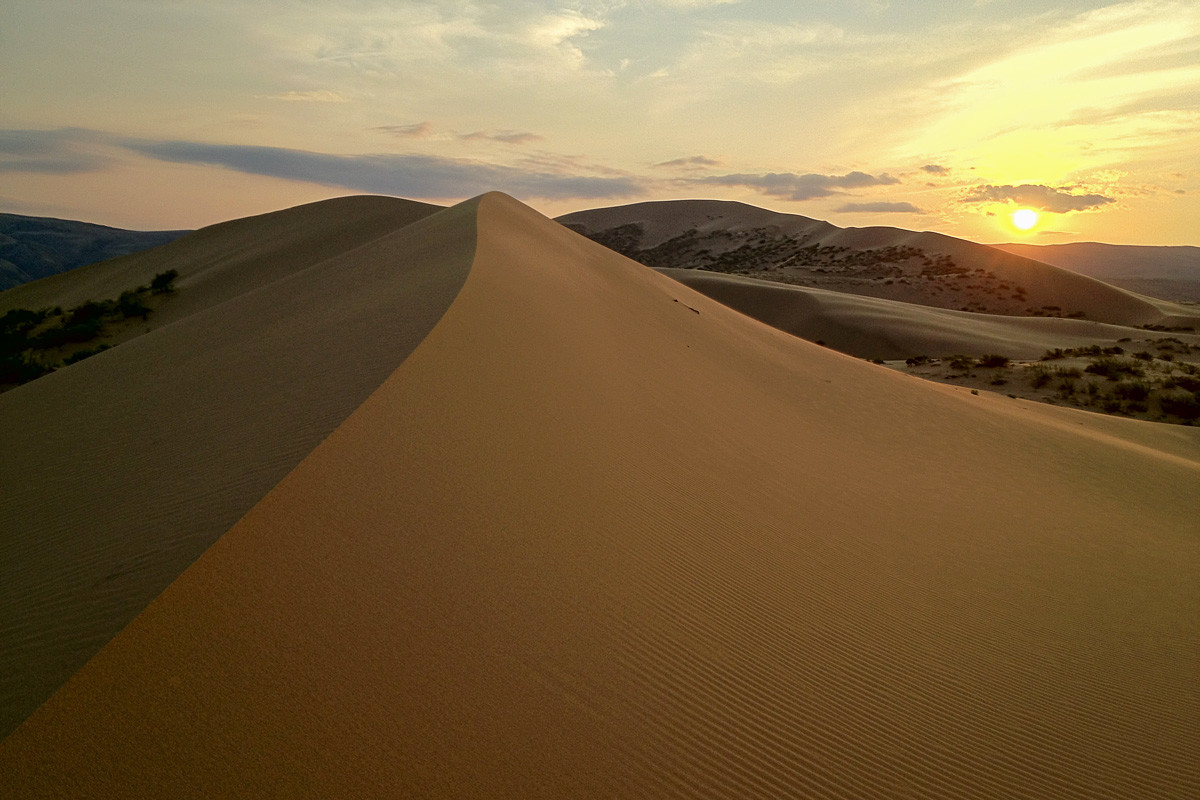 Some parts of the republic remain a challenge for law enforcement authorities: there are still occasional reports about the liquidation of terrorists and bandits, not to mention armed attacks against police officers.

In downtown Makhachkala, however, the threat of terrorism is in the past and people live normal lives. Petty crime is virtually nonexistent in the city, and locals take considerable pride in this fact. In a nutshell, Makhachkala, as well as other developed parts of Dagestan, is quite safe.

Do not be afraid of being conned because you're a tourist. This will never happen. It is, however, advisable that you refrain from impromptu trips into Dagestan's wilderness, unless accompanied by a local guide.

3. How to communicate with the locals?

Locals are extremely helpful, generous, welcoming and open-hearted. Don't be surprised if they offer you a ride and a meal when you merely ask for directions. Treating foreigners kindly is a Dagestani custom. This is a small republic and locals seem to have developed close bonds and they know many of their fellow compatriots by name. So, if you need to find someone for personal or business reasons, don't waste time making contacts online; on-the-ground networking is the way things get done in Dagestan. 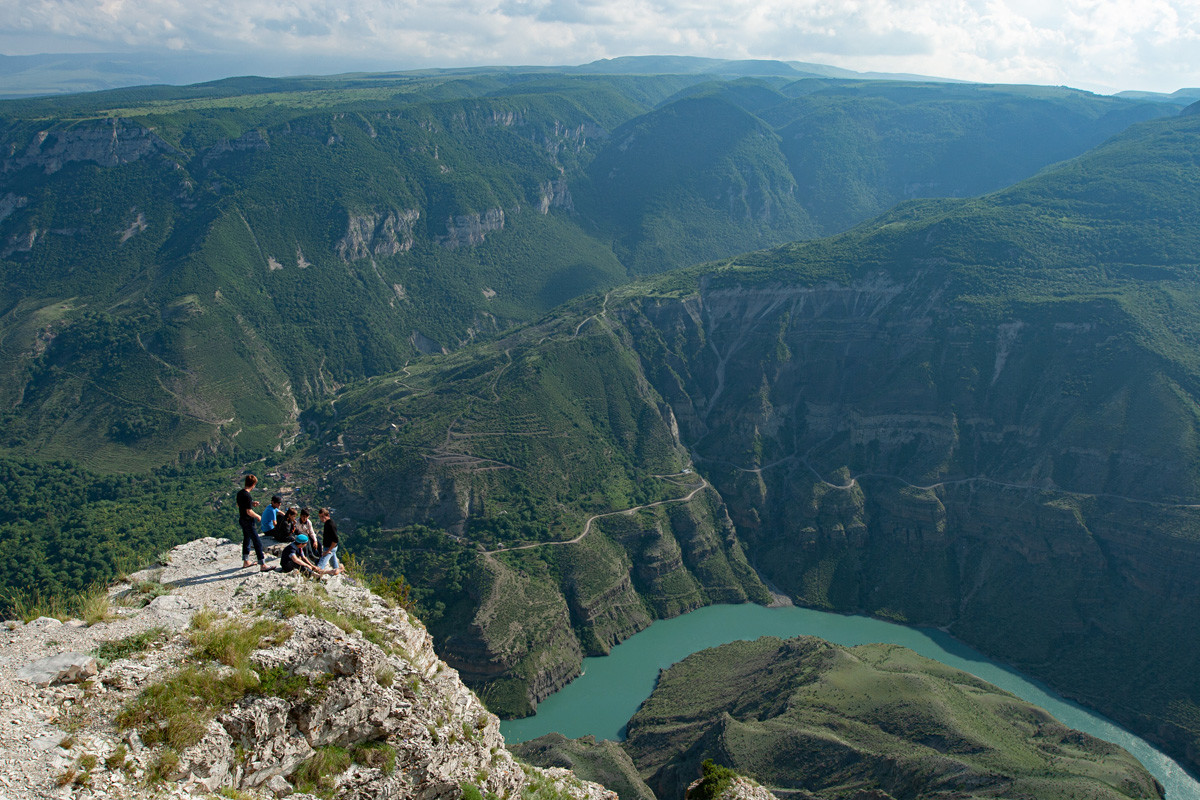 4. What about entertainment in Dagestan?

This is not the most touristy place in Russia, and so people in Makhachkala often appear confused when asked about local forms of entertainment. Most point at the Caspian Sea and the central park, but the latter is more like a tiny alley rather than a park. The Caspian is beautiful, but it's colder than the Black Sea, which is preferred by travelers who usually visit the much more touristy Sochi. 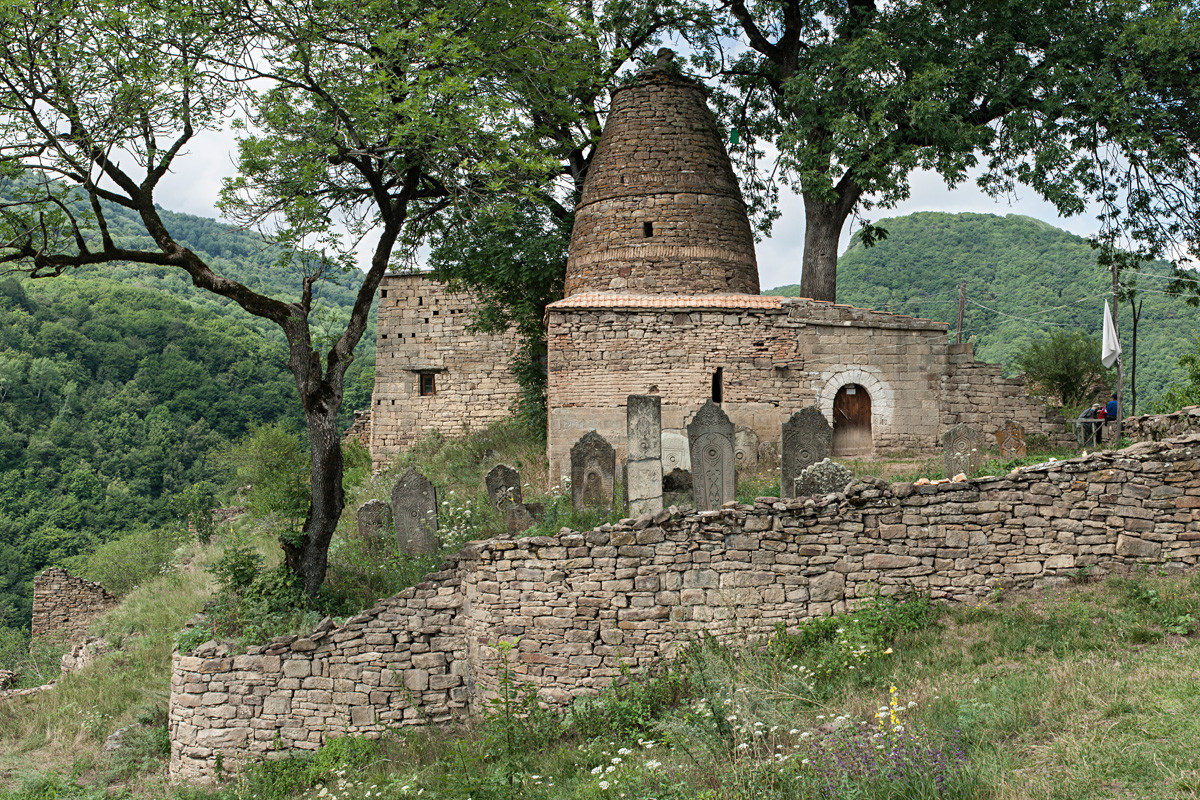 Instead of focusing on urban sites, tourists are recommended to explore the Dagestani countryside: mountain ranges, ancient historical sites and villages. These provide spectacular scenery for visitors who seek to interact with nature’s peace and tranquility.

The best tourist sites are located within two to three hours drive from Makhachkala. Usually, one-day guided tours are what it takes to properly visit a place. You most likely won't find any information online, however, and the best way to learn what’s on offer is to ask the staff at your hotel. Places to visit might include the village of Kubachi, which is famous for its local jewelry makers; the ancient Kala-Koreish Fortress; the gorgeous Sary-Kum dune, and the very ancient and Russia’s southernmost city of Derbent.

5. Does nightlife exist in Dagestan?

Nightclubs are scarce in Makhachkala, not to mention in smaller cities. Although there are posh restaurants, they are few. Instead, shabby local spots dominate the landscape. 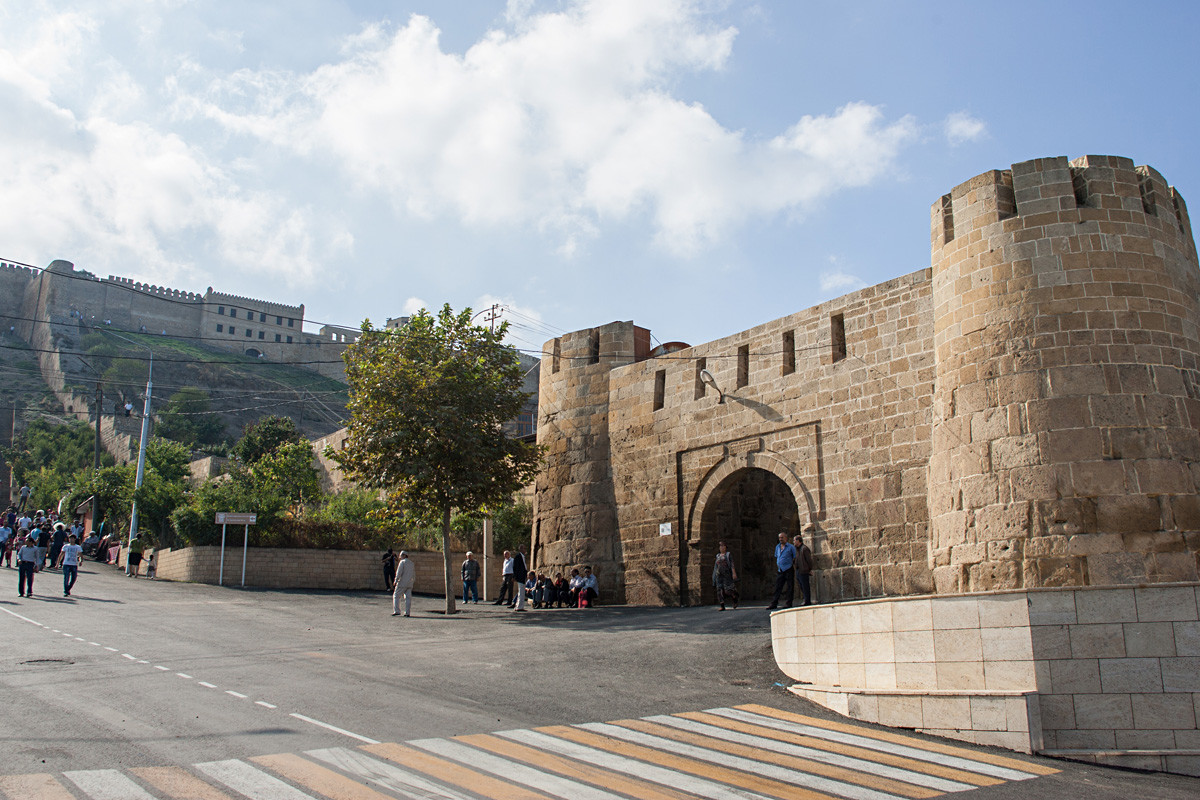 Somewhat surprisingly, bars exist in this republic where the majority of the population is Muslim. To find a drink is not a problem, but be ready to drink it alone because most of the locals love sports and often refrain from drinking. Still, a person with a beer will not raise any eyebrows.

Debunking another myth about the southern republics of the Russian Federation, modern Dagestani women will not generally take offense at a good-spirited approach by representatives of the opposite sex. However, this rule varies from place to place, and family to family. Follow common sense and be kind to locals. Then you won't run the risk of having any troubles.

Have a great trip!

Click here to read about UFC champ Khabib's homeland that is a production line of top MMA fighters.