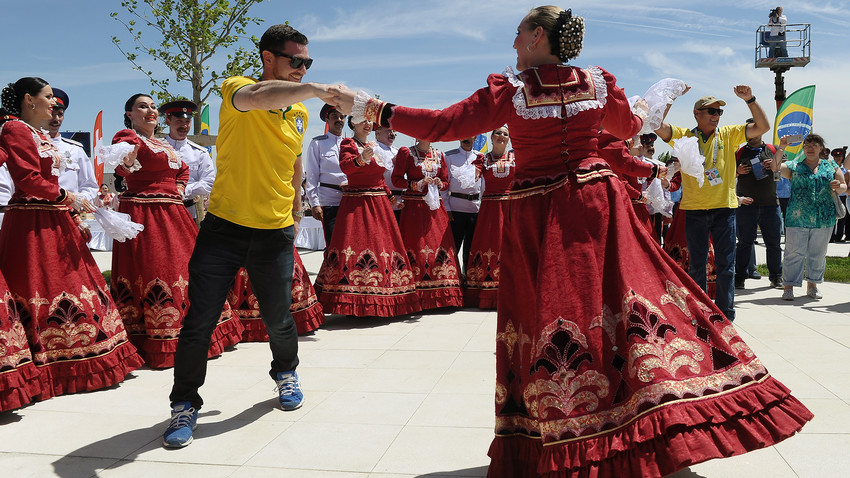 Brazil's fan dance with a woman in traditional dress upon arrival in Rostov-on-Don, Russia, on June 17, 2018. All fans were presented with Cossack caps.

Grigoriy Sokolov/Sputnik
Rent a bike and cycle along the Don River's banks, feast on the finest cuisine southern Russia has to offer along the way, and soak up the unique architecture (including a theater that looks like a tractor).

The territory of the major Russian southern port city is divided into the right bank and left bank by one of the oldest (23 million years) and longest Russian rivers – the Don. The majority of the city’s infrastructure, the city center, and historical buildings are situated on the right bank, while all the green space is on the left.

The Rostov Arena stadium, which will host four World Cup group stage matches - Brazil vs. Switzerland (17.06), Uruguay vs. Saudi Arabia (20.06), Korea vs. Mexico (23.06), Iceland vs. Croatia (26.06)- is built on the left bank, as well as the new Left Bank Park which hugs the Don. It has a magnificent view of the city, beautiful sandy beaches, and many places to ride, walk, and enjoy the river. 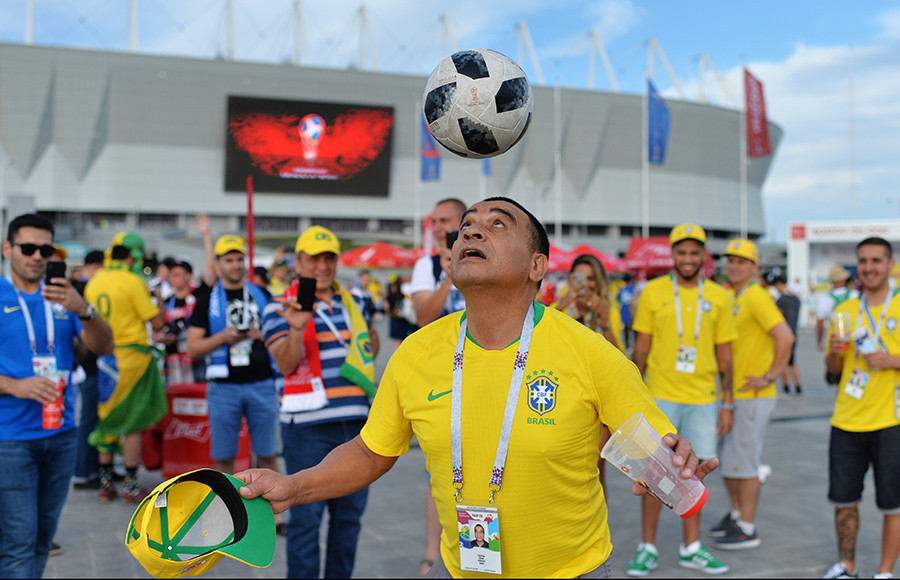 Brazil's fan plays with a ball ahead of the World Cup Group E soccer match between Brazil and Switzerland in Rostov-on-Don, Russia, June 17, 2018.

Although the Don is not great for swimming you can enjoy a picnic on its banks. You may ride from the right bank of the city, cross the Don via Voroshilovsky Bridge, and wind up by Left Bank Park and Rostov Arena, before riding back.

The left bank of the Don is full of holiday houses, posh hotels, and restaurants - it’s one of the biggest recreation zones of its kind in Europe. The joyful nature of the left bank was even glorified in a well-known Russian chanson song:

After riding in the park you can continue onto Left Bank street and fill your belly at one of the many restaurants, many of which have terraces with stunning views over the river and city.

You can get back to the city center by bike or taxi. There are several bicycle rental points in the center, so it makes sense to ride to the left bank and return, so you can continue your city tour. 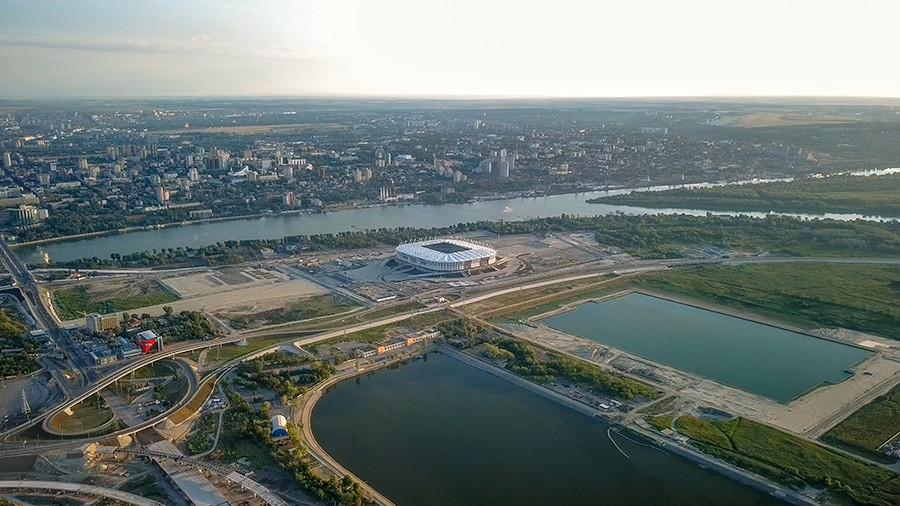 This is the most beautiful street in Rostov-on-Don where the majority of the sights are situated, so it’s worth taking a city guide (you can choose from these ones). Walk down the street learning about the beautiful 19th and 20th century mansions, City Duma, Municipal Council, Maksim Gorky Park with its beautiful flower gardens, Staro-Pokrovsky temple, Rostov State Music Theater in a form of an open grand piano, Martyn brothers’ house, as well as numerous fountains and monuments.

The gastronomy of the region boasts many fish dishes provided by the Don, not to mention delicious meaty treats like shashlik, Russia’s version of barbeque. 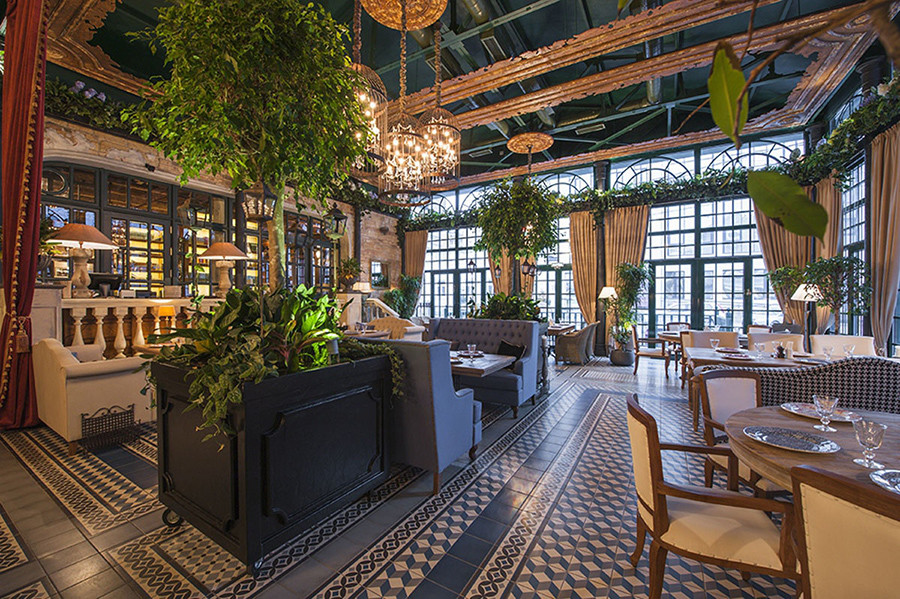 Rostov locals love beer, so the classic combination is a light lager to wash down some fish, like taranka (sea roach), ribets (vimba), or lyesh (bream) - beer and boiled crayfish also go together very well. 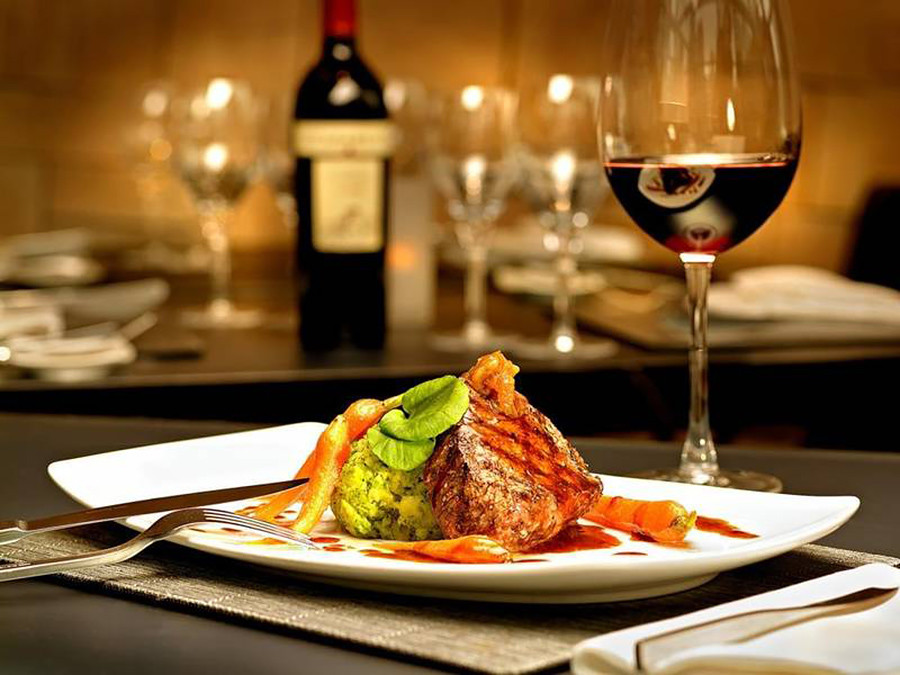 This is a new museum situated in the city center just behind the Music Theater (162, Sotsialisticheskaya street, tel: 8 863 2019052). Here you will find out about the Russian emperor’s guards – the Cossack Regiment. The museum exhibits its original documents, photographs, uniforms, and weapons. 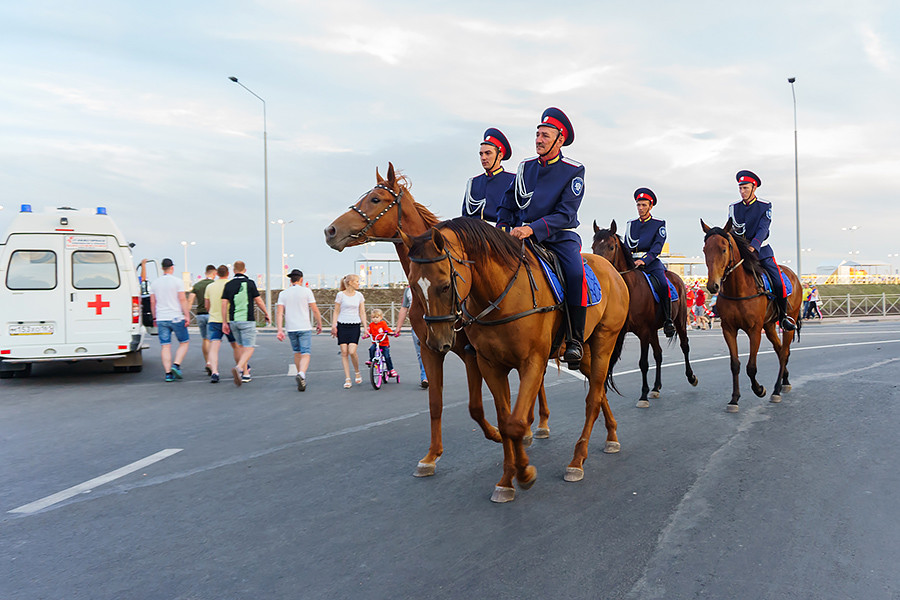 You will learn about the history of Cossacks who guarded the Russian emperor for two centuries, their incredible adventures and victories, their sense of humor, and life after the Russian Revolution.

For those seeking an immersive experience, you will have the opportunity to shoot real Cossack’s guns, hold their swords, and taste traditional food, like pickled cucumber with honey. Just make sure to book your tour in advance. 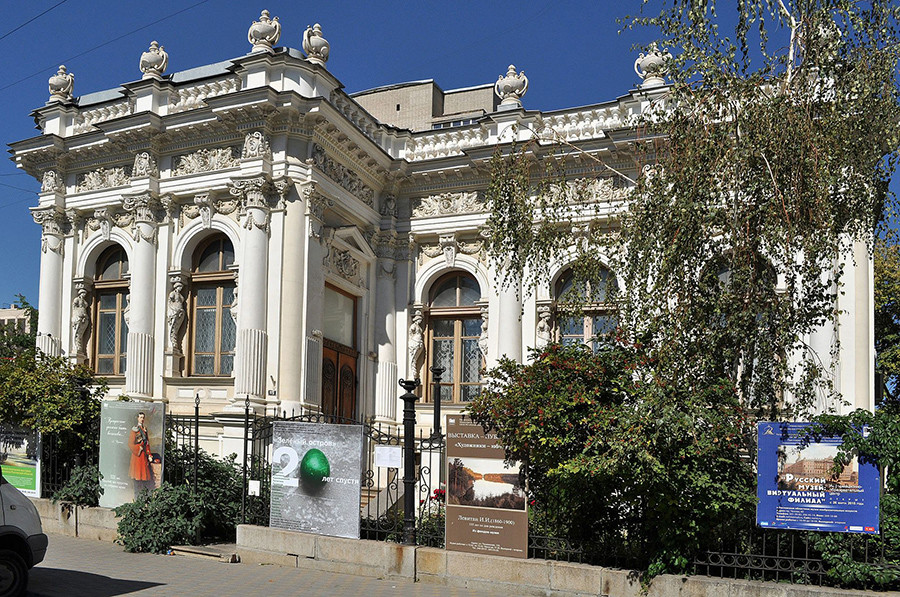 The main building of the Rostov Regional Museum of Fine Arts, with roses blooming at the entrance, looks like a small castle. It has a collection of Russian art from ancient icons to modern painters. Look out for paintings by Aivazovsky, Kuindzhi, Shishkin, and Levitan.

Especially for the World Cup, the museum has prepared exhibitions of local painters; you can visit them in the second building of the museum, where the Western art is on show.

18:00 – 22:00: Visit the Masterpieces of Russian Music Festival at the State Opera and Ballet Theater

The festival is on throughout June. The classical ballets based on the music by Piotr Tchaikovsky will be shown: Swan Lake, The Nutcracker, Eugene Onegin, and The Queen of Spades, as well as the Russian cult rock opera Juno and Avos and Prince Igor opera. You can check the festival time table here.

You cannot miss this place as the FIFA fan zone is situated here, right in the city’s main square. Soak up the architecture and history of the surrounding buildings.

The theater is in the form of a tractor… absurd? Not at all! The building of the Maxim Gorky Drama Theater, built in 1935, is well-known throughout the world as an example of the constructivist style. The basis of the architectural form of the building was a caterpillar tractor, likely the first Soviet tractor - the Kommunar. In the London Museum of the History of Architecture, Russia is represented by two models: St. Basil's Cathedral (Moscow) and this very building.

Don’t forget to check out October Revolution Park behind the theater and the ferris wheel. 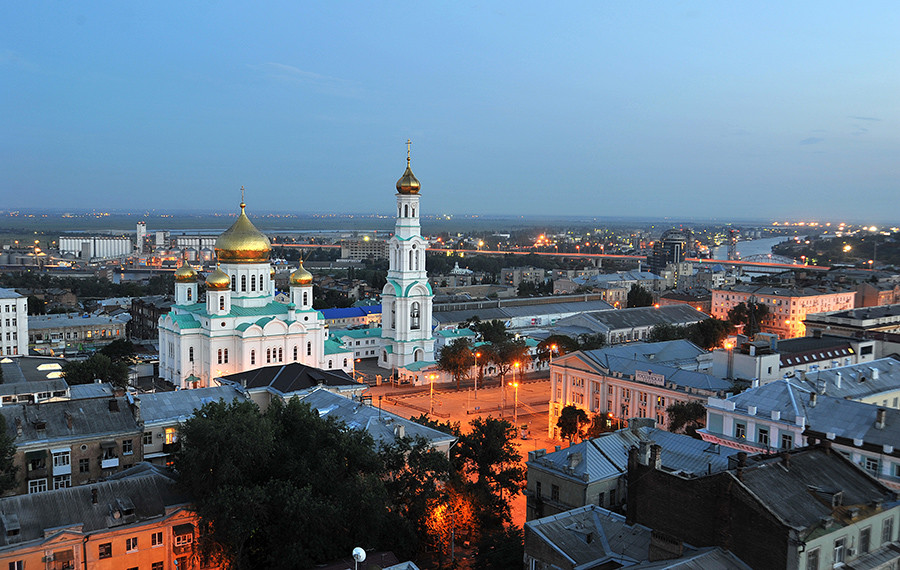 After eating breakfast in one of the numerous cafes overlooking the river, walk along its right bank where you’ll find a very beautiful promenade from which you can see historical buildings, like Paramonov’s Warehouses from the 19th century, fountains, and numerous monuments dedicated to characters from Nobel prize winner Mikhail Sholokhov’s books.

While in the city, it’s not a bad idea to explore the Rostov region as well by booking a half-day or a day trip in the area. Check our additional guide for your trip ideas.