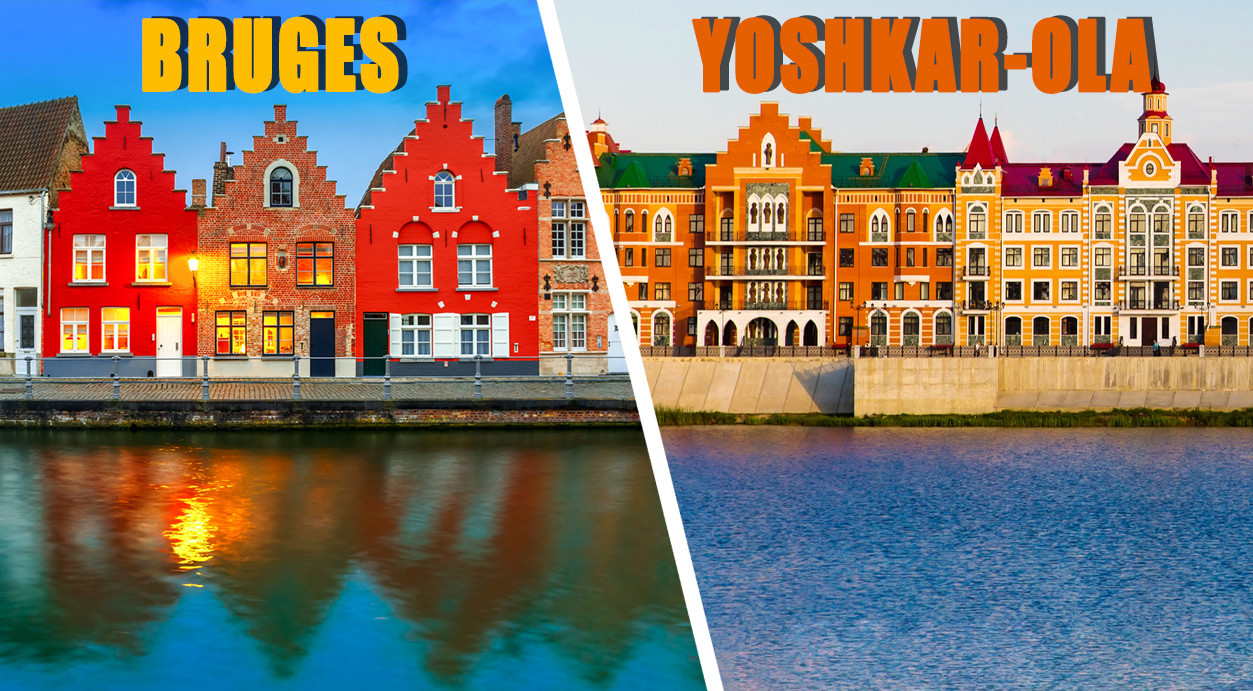 Legion Media, Russia Beyond
French chateaus and Norwegian villages? You bet! Russia has all of these and more.

From a distance, these places could easily be mistaken for some European or Asian city, but once you get closer it becomes clear that the buildings and streets are actually just homages to world architecture.

1. A Norwegian fishing village in the Ryazan Region 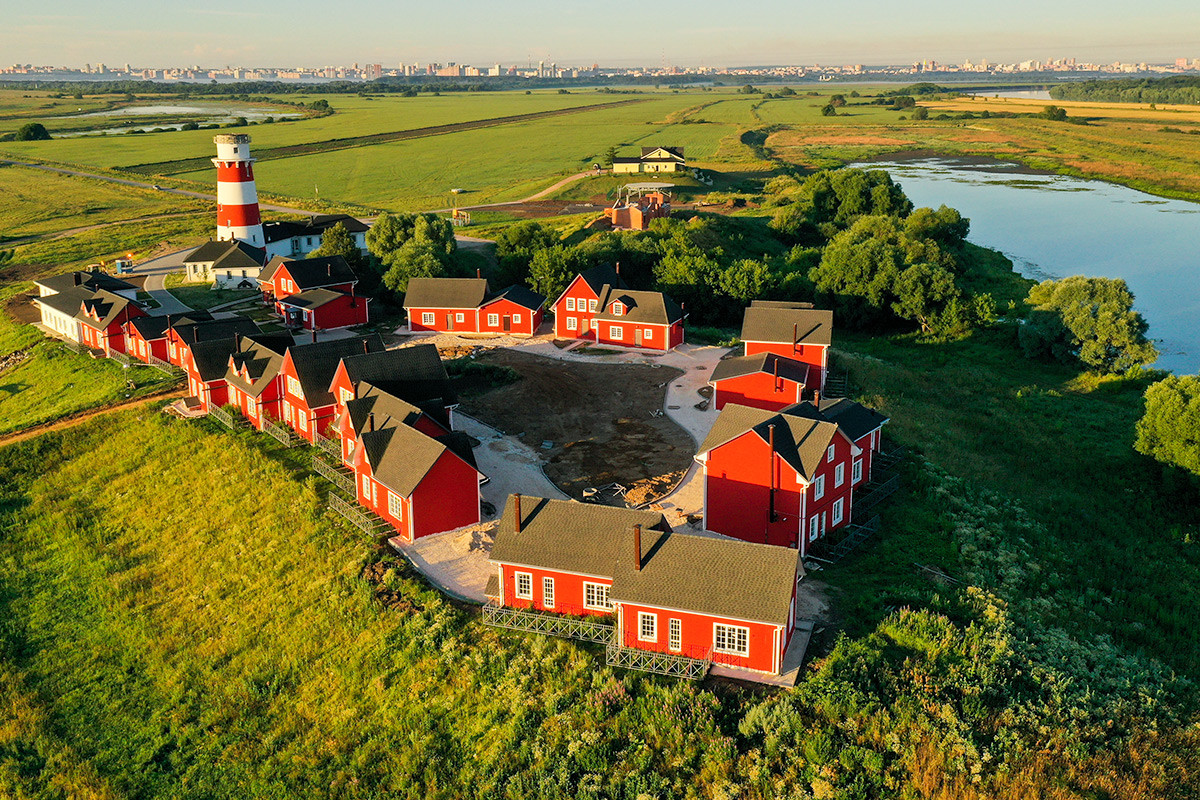 This hotel in the village of Shumash, 200 km from Moscow, is built in the style of a Norwegian fishing village, replete with a lighthouse. It was initially conceived as a holiday resort for nature and fishing enthusiasts, but construction still has not been completed. The Fishing Village is located on a picturesque site with meadows on the shores of a lake, so it may well be the most beautiful unfinished construction project in Russia. Did you notice that there aren't even fences here?

2. A Loire Valley chateau in Moscow 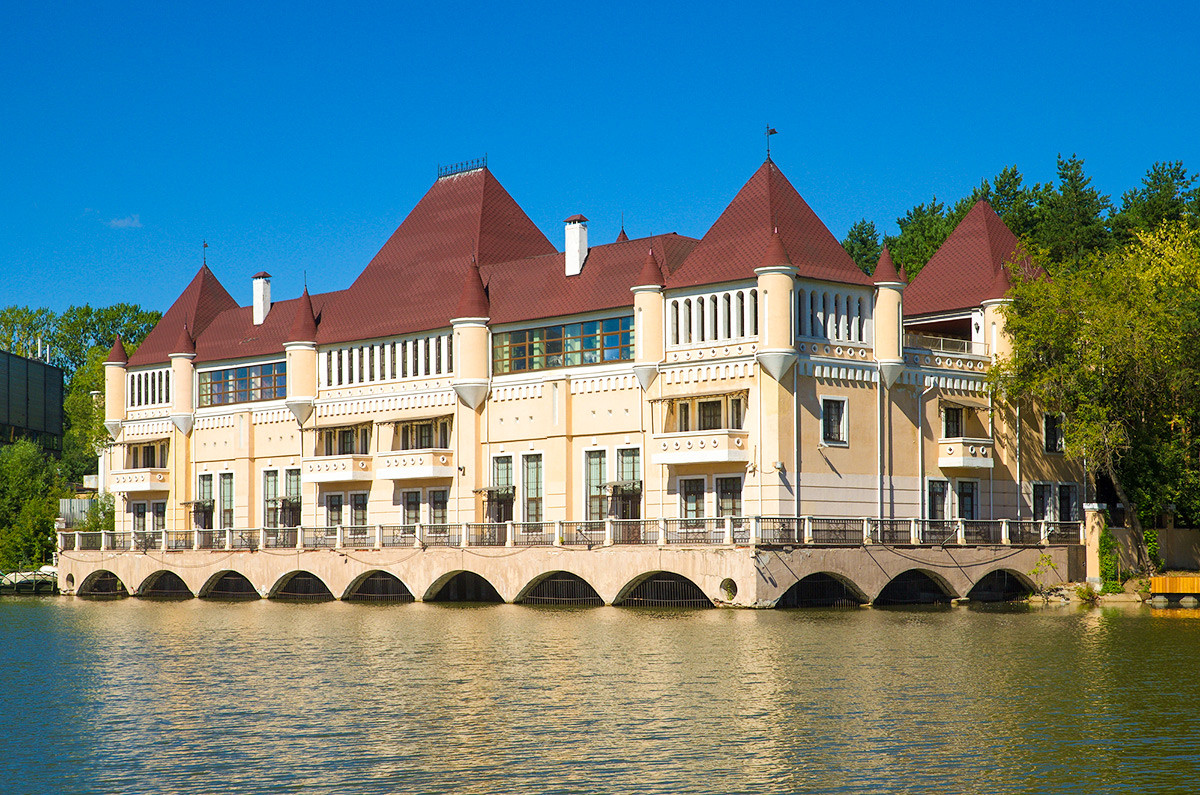 On the territory of the VDNKh park, tucked between the pavilions dedicated to fishing and rabbit breeding, stands a private mansion. It is a quiet spot, seldom reached by tourists. Nevertheless, the mansion is quite an interesting building: a copy of one of the châteaux of the Loire Valley that was built here in Moscow in the early 2000s. It has been empty for many years, so Muscovites have dubbed it a “ghost palace.” According to the administration of the VDNKh park, the palace was built without the necessary permissions and will need to be demolished. 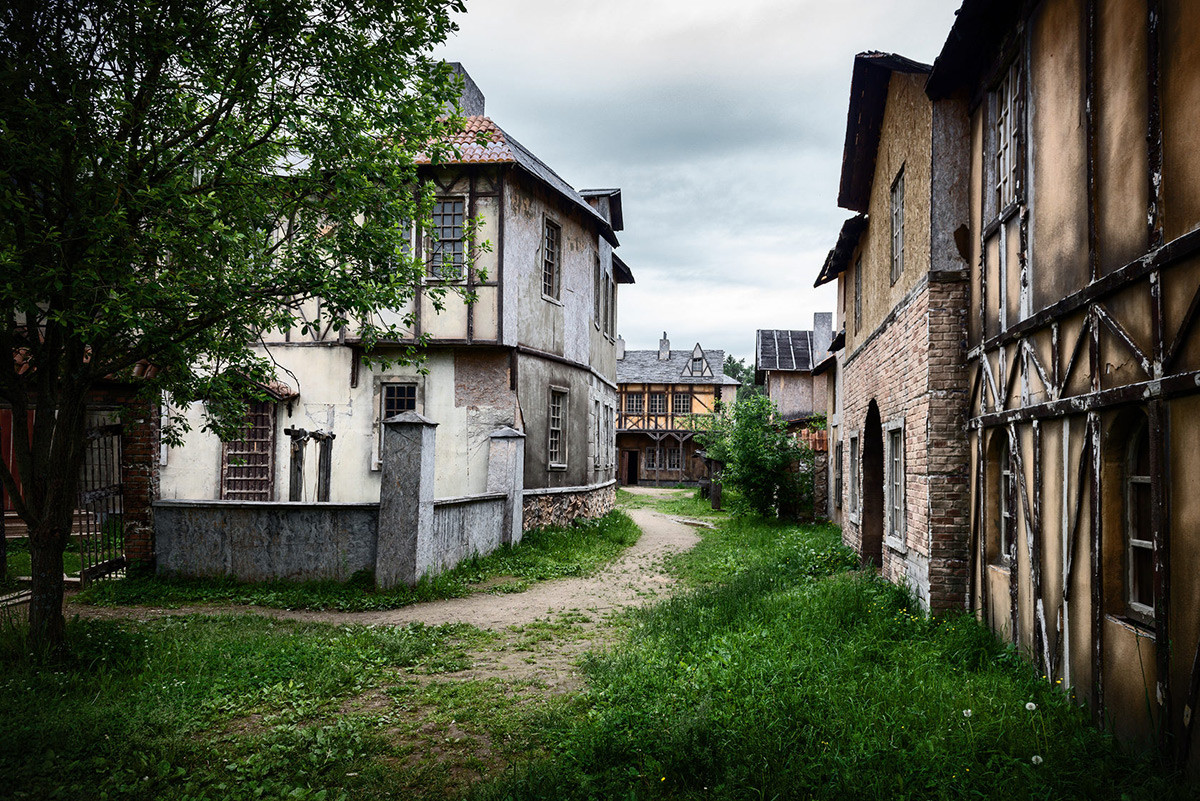 Just north of Moscow, there is a place where you can literally find yourself in the middle of an old European town. Narrow streets, pretty two-story houses, a town hall in the central square and even a cathedral. In reality, these are all old film sets that were brought here to the Kinogorodok (“Film City”) theme park. They definitely make a great background for pictures!

4. A French chateau in Kabarda-Balkaria 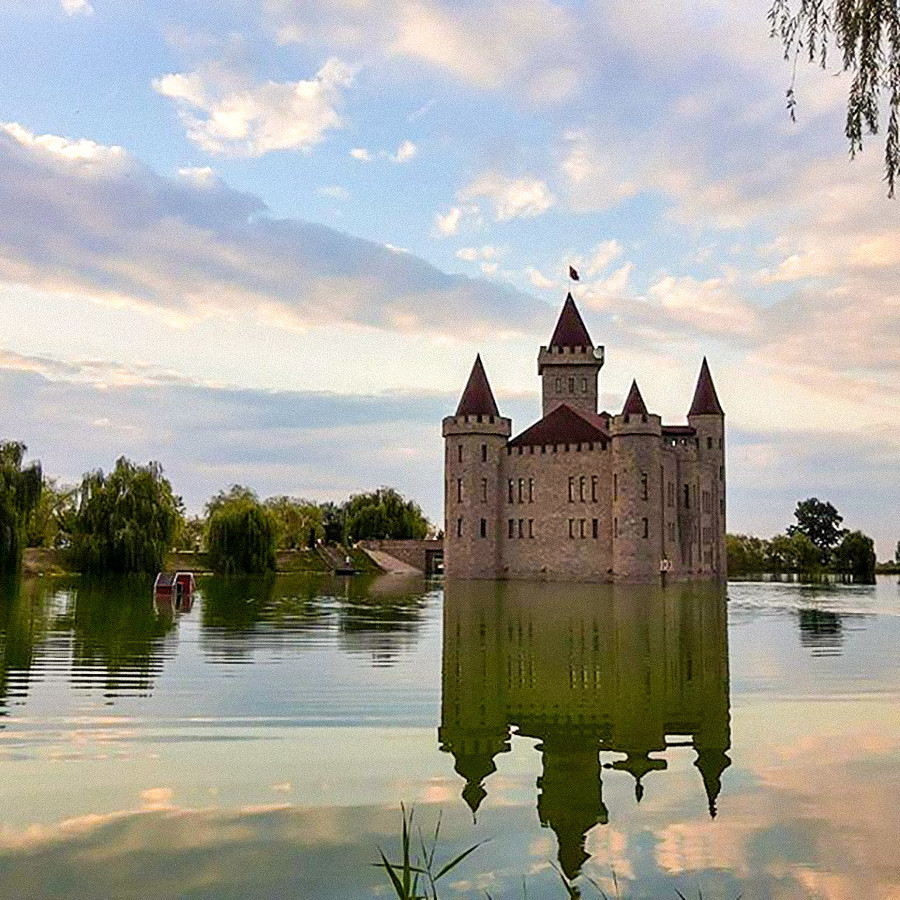 This Gothic castle with high towers, massive iron gates and a lake with swans is located in the Kabarda-Balkar Republic in the North Caucasus. Chateau Erken is a modern winery and popular venue for special occasions. The idea for building it came to a local agronomist in the 1990s who hoped Russia would develop a wine industry on a par with European countries. Most of the land around the chateau is occupied by vineyards that grow classic varieties of grapes: Merlot, Chardonnay and Cabernet Sauvignon. Visitors can test the quality of local wines in the castle's splendid tasting room. 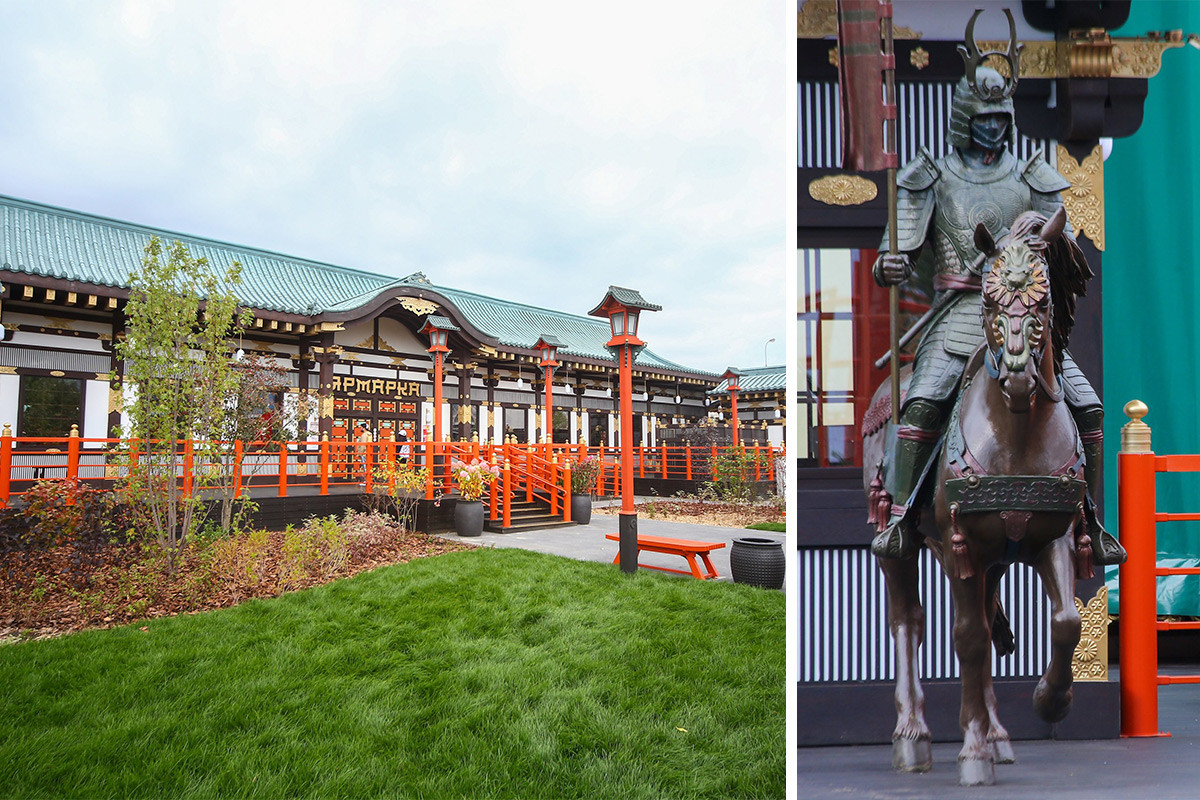 This used to be just an empty space until early September 2020, when a small park that locals call "Little Japan" opened here. Guests are greeted at the entrance by a samurai on horseback and dragon figures. In "Japanese houses" inside the park, you can buy various snacks and souvenirs.

6. Belgium and Holland in Yoshkar-Ola 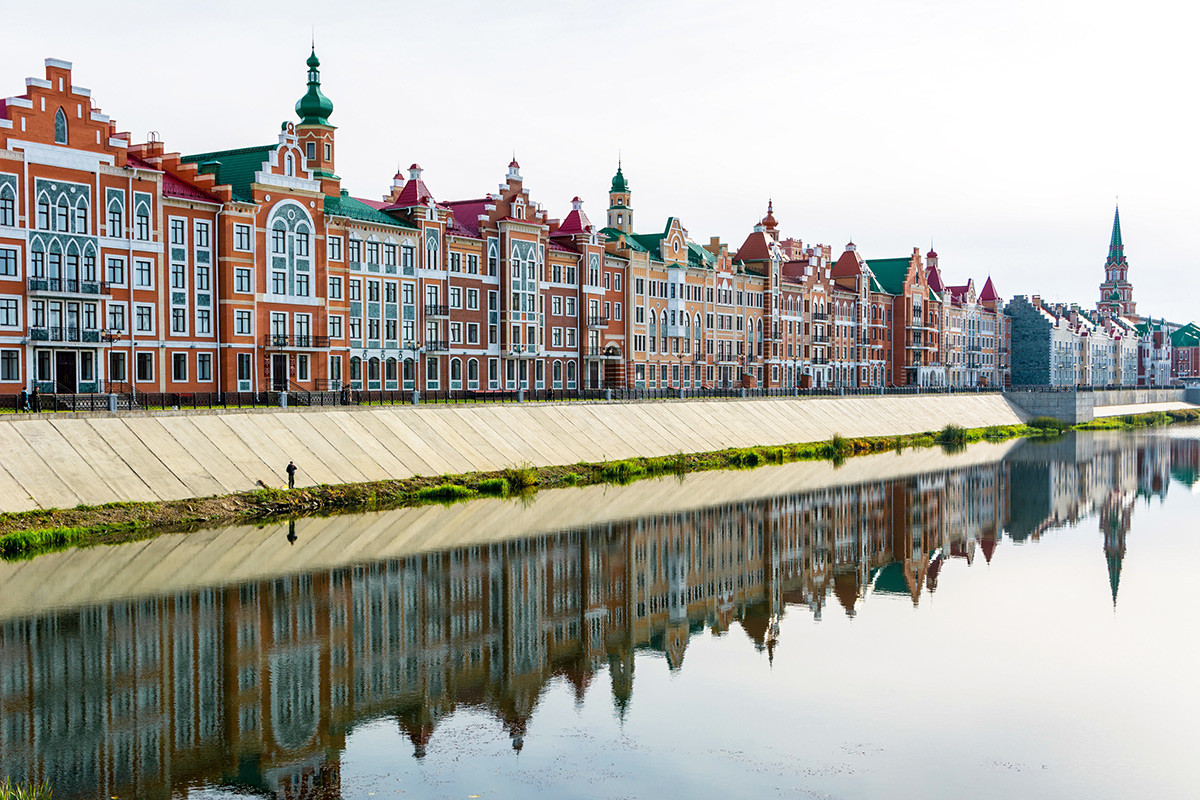 The capital of the Republic of Mari El is famous throughout Russia for its copies of famous world sights. One waterfront is a copy of Bruges, another of Amsterdam, and they are connected by a bridge stretching from the Moscow Kremlin. Here you will find the Spasskaya Tower and Piazza San Marco, and even—because why not?—a monument to Grace Kelly. All these attractions were built at the initiative of the city's mayor in the early 2000s, and local residents liked their "European" quarter so much that new buildings are still being added to this neighborhood.