OPINION: Why are Russians SO obsessed with erecting barriers everywhere? 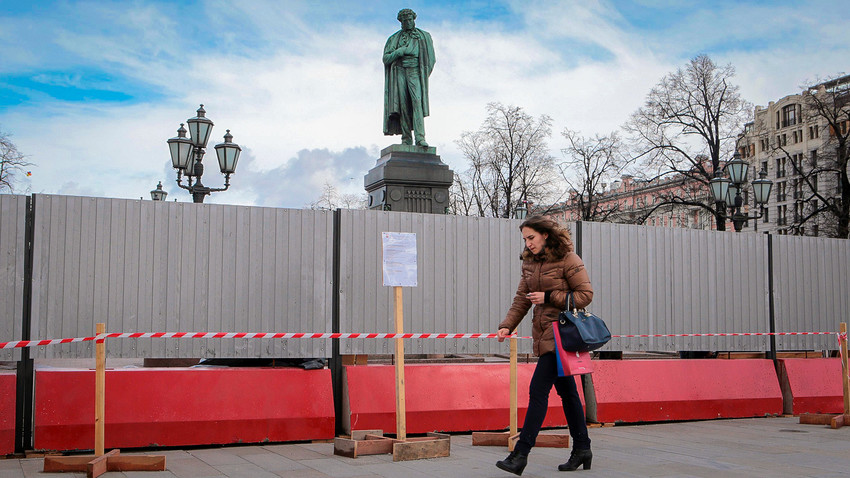 Andrey Nikerichev / Moskva Agency
The bizarre habit of putting up fences is actually an addiction, and we are trapped in it.

We have all had this nightmare: You urgently need to get somewhere but you can’t get out. You are stuck. The doors that were supposed to be open are locked. Where you hoped to find a way out there is an impenetrable wall. And at the spot where, beneath the ceiling, an EXIT sign glows green stands a gloomy security guard who is categorically against you going through. You are trapped. And you miss something important - a flight, your mother’s birthday celebration, a job interview or something like that, and then you wake up in a cold sweat. Phew, luckily, it was just a dream. Wait… Perhaps it wasn’t? Because, if you are in Russia, then maybe it’s real life.

Russians’ obsession with fences, barriers, checkpoints and closed doors can only be compared to their fondness for nibbling sunflower seeds and wearing tracksuits. But there is a sense in which our love of barriers is greater still. There are countless fences and barriers everywhere: Hospitals, schools, communal grassed areas next to apartment blocks, stores, parks, churches old and new - all are enclosed. We fence off any private property to the best of our financial ability, always and everywhere. And if that makes some sense, it is much harder to find any sense at all in the erection of barriers along ditches, embankments, marshy ground, slopes and all kinds of other places. Sometimes, there are several barriers next to one another, albeit at different levels, and that’s also okay.

Just look at this: 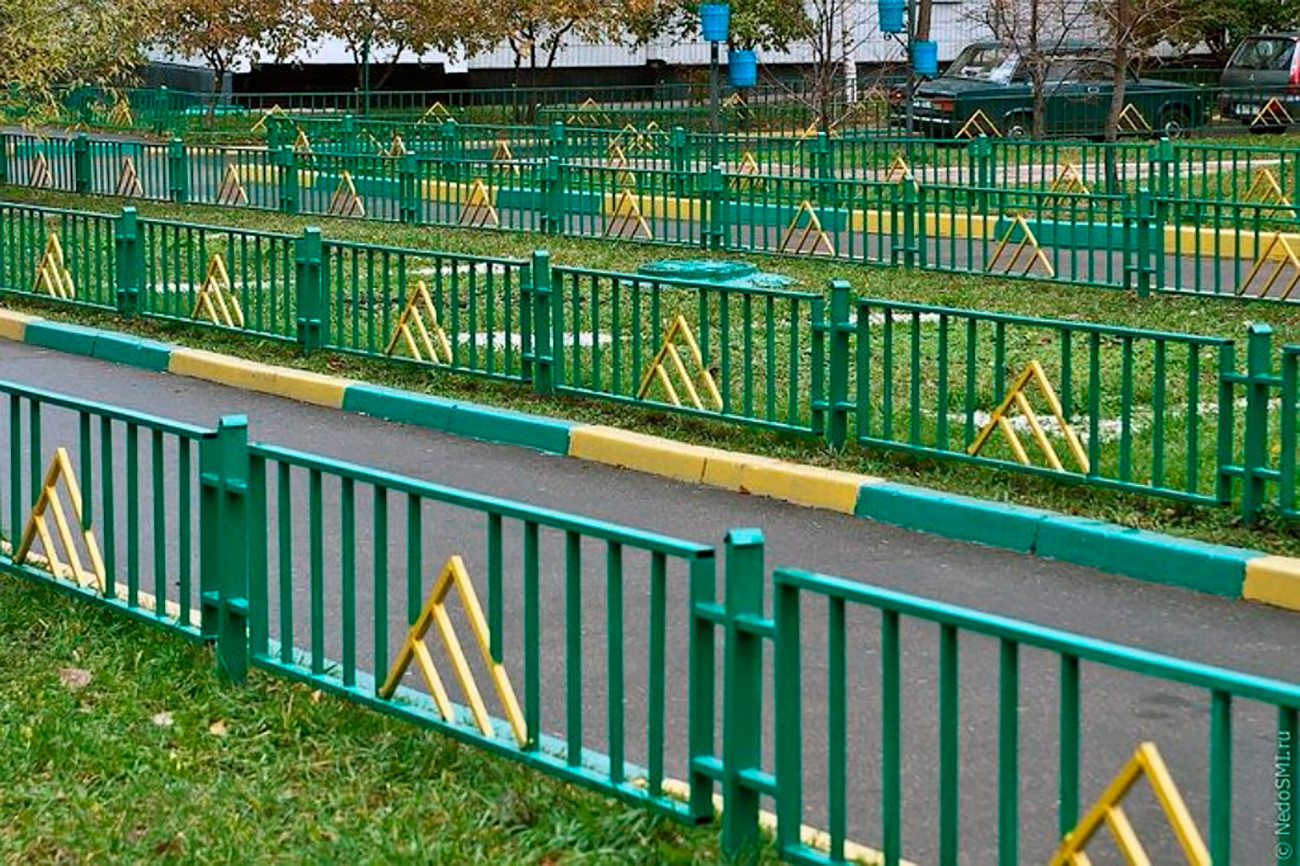 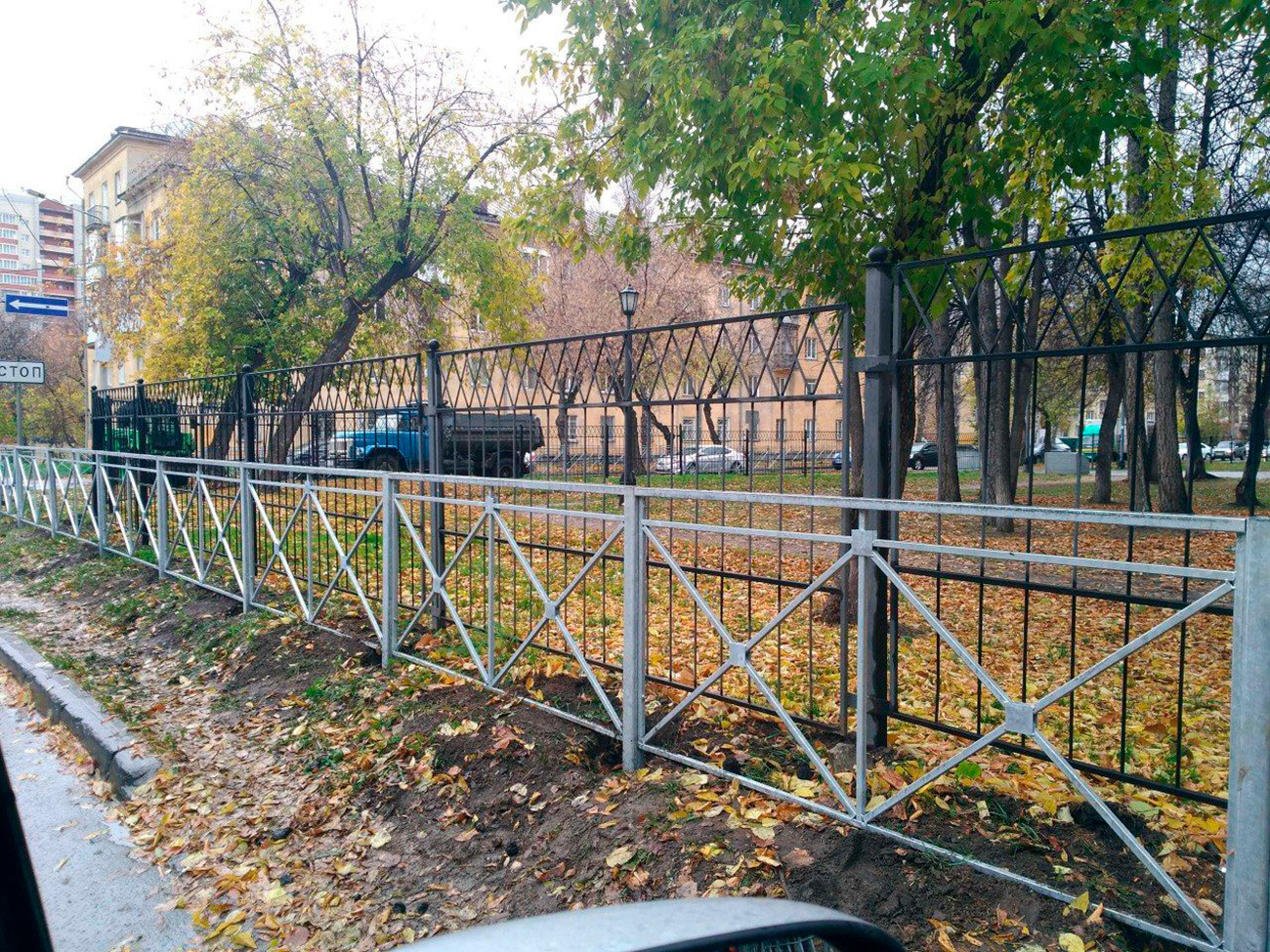 And even after we die: 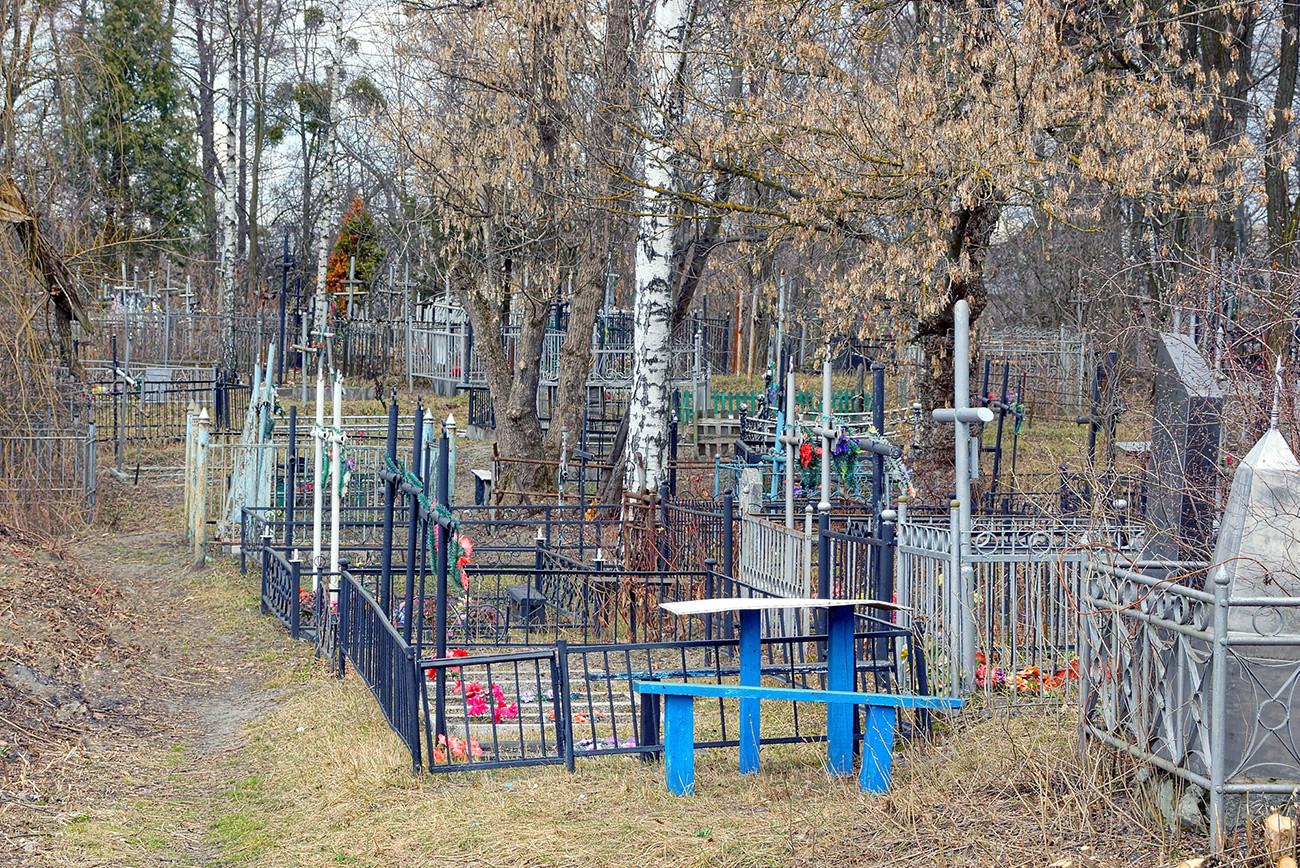 But Russian fences and barriers have one specific feature in common: They always have holes and partitions in them. Fences in Russia are not reliable and rarely provide real protection against anything. Why are they needed then?

Monument to a Soviet dream

That doesn't mean, of course, that everyone in Russia climbs through other people's fences all the time, but we do know that in case of necessity, no-one will be deterred by a mere fence. Russians do not have such a reverent attitude to private property as, say, Americans. Okay, we are aware of the fact that fences can't compensate for people's poorly developed respect for private property (fueled, no doubt, by 70 years of there not being any, but more on that shortly), but we do know one thing: If you don't enclose it, others will enter and occupy it. A hard-learned lesson. According to journalist Maxim Trudolyubov, the author of the book People Behind the Fence: Private Space, Power and Property in Russia, people here love fences because “they were and remain monuments to the incompletely fulfilled dream of privacy”.

In the Soviet Union, the collective took primacy over the private, and it seems the memory of that time is genetically wired into several generations (at least three). For example, most people in Moscow lived in communal flats - where strangers had to share a bathroom, toilet and kitchen. Privacy? It was just another Soviet dream. 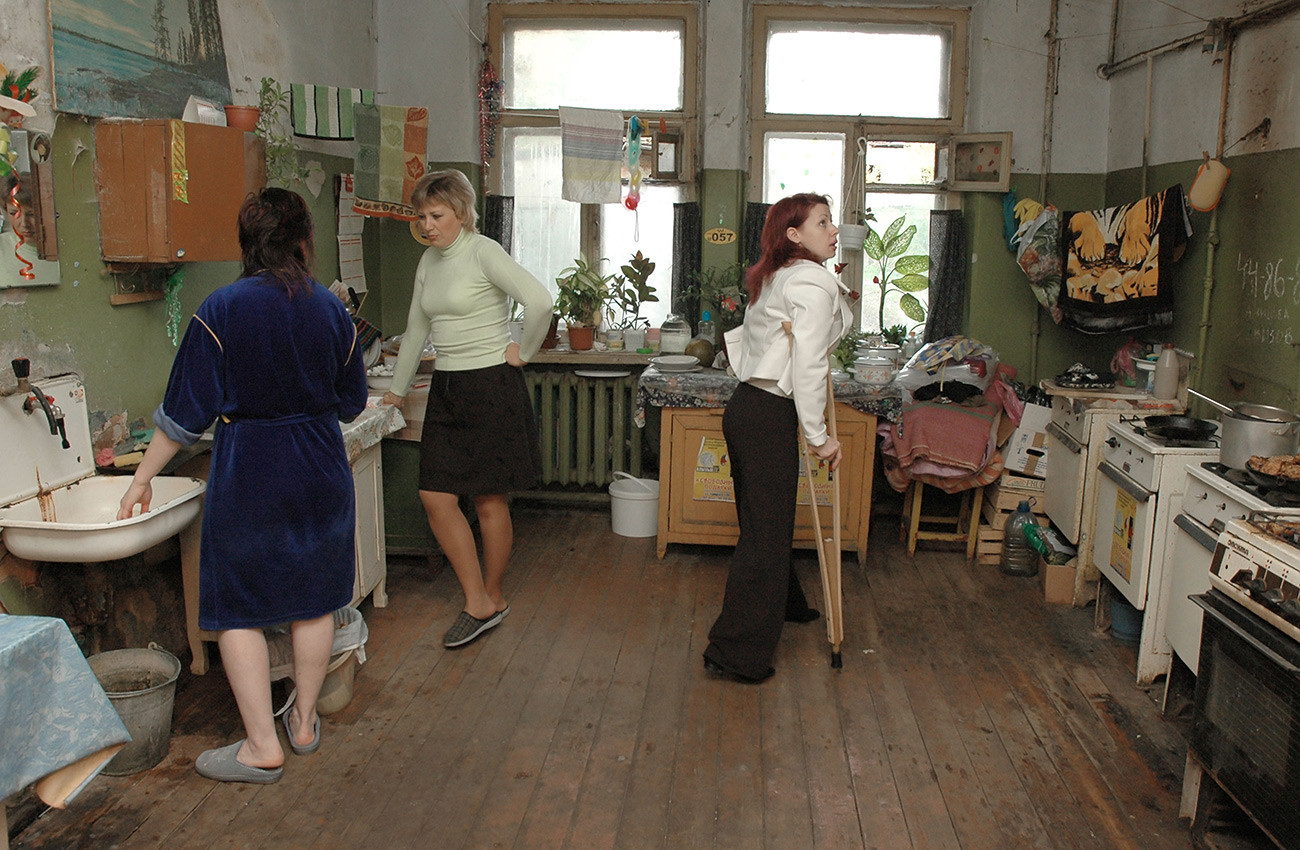 This is how a typical communal flat looks like.

Only in the 1990s, already in post-Soviet Russia, did fences and barriers begin to appear in cities around sites endowed with the status of “private” property. Then, in the early 2000s, everyone put up a fence. Moreover, sometimes a fence would appear on an empty site prior to the house even being built. It is not known how many fences there are in the country, but an attempt has been made to count them. According to one calculation by experts in the construction industry, there are enough to “fence” the Earth along the equator more than 50 times over. And that’s only the fences enclosing Russian dachas. As you must have realized by now, we have many, many more. 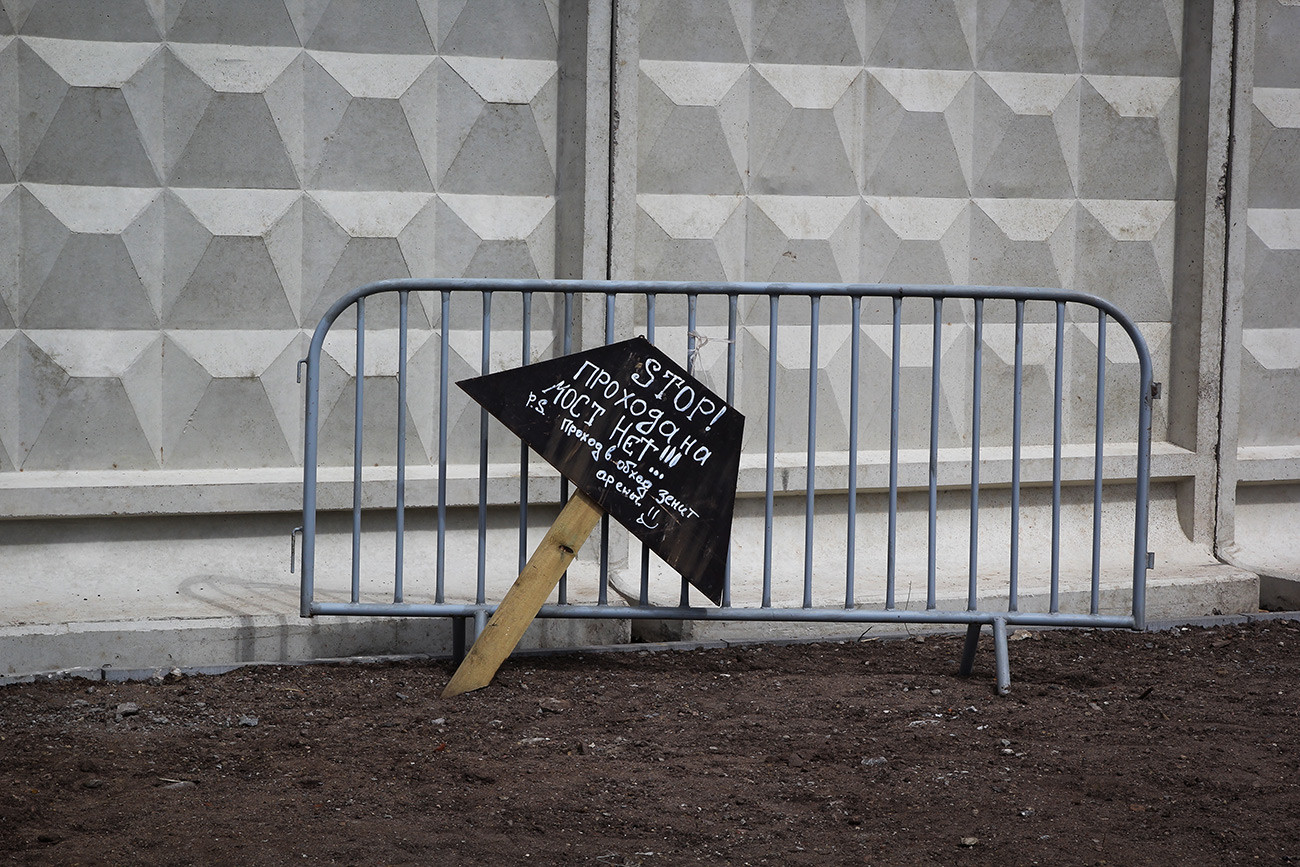 And what does all this say about the climate of trust? Economist Aleksandr Auzan has invented a new method of measuring social capital - yes, in fences. It turns out that the size of fences is in inverse proportion to the level of people's trust in one another: The lower the confidence, the higher the fences.

I was a child when I helped my father fence the site on which our house stood. It was a grey, ugly and impenetrable fence made of corrugated sheets, and we were the first on our street to  have a fence through which one could see nothing. It was in the early 2000s, during that aforementioned fencing boom. The point of our fence, as far as I understood from my parents, was to make sure that nobody could see what we were doing in our garden (because “neighbors are envious”!). And what was happening in our garden? Nothing! I used to take the dog for a walk and Mum would hang out the washing. The fence couldn't protect us from anyone (I could climb over it in a couple of seconds), but it vigilantly guarded our privacy.

In the end, we were burgled. We were not rich but the neighbors, and then the burglars, believed we were. Because we had an impenetrable fence. After all, in theory, people who don't have one have nothing to hide. My parents must have thought that a high fence was one of the marks of success, like a big car or a luxury bag. In fact, it turned out to be just a piece of metal that separated us from other people, gave rise to the very “envy” we were trying to avoid and deprived Mom of her earrings (among other items stolen). After that, we put bars on the windows.

The idea of total enclosure makes society introverted, beleaguered and nervous, and in constant fear for its safety. We still believe that a fence makes us sleep better, but it is not the case. It creates an even greater desire to further reinforce fences, barriers and borders. Once you find yourself in Russia, it is hard not to notice how many security guards there are here: They are everywhere - in stationery stores, restaurants, on every floor of office buildings (and no-one has got rid of the CCTVs). In terms of the number of police officers in the country, we are among the world leaders (together with China and the U.S.) - we have 746,000. 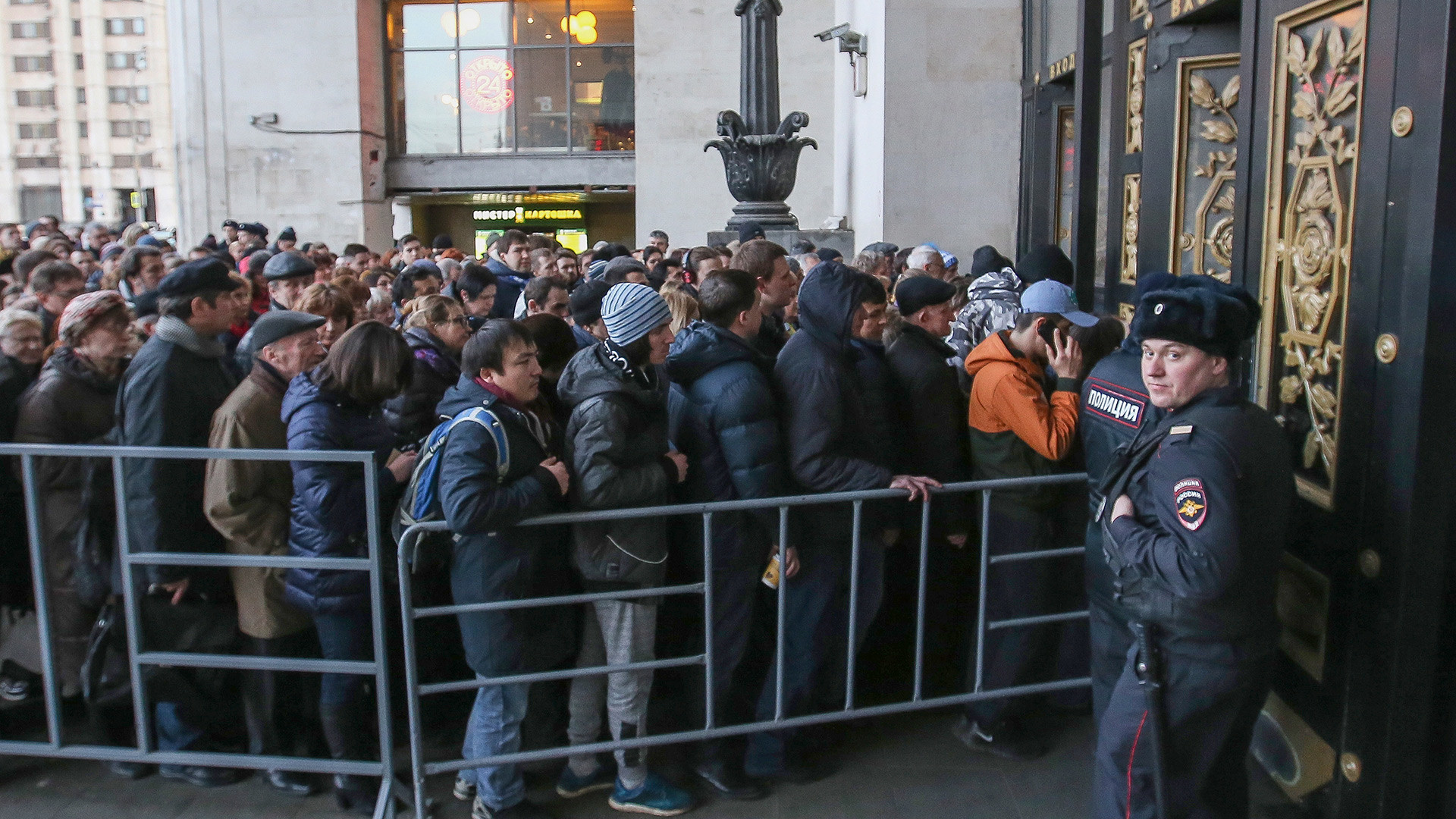 Entrance to the metro station "Oktyabrskaya " in Moscow.

At the same time, enclosures are already an attribute of our psychological comfort zone. Put a Russian in an unpartitioned open space and it will usually be a traumatic new experience for them (it must be for this reason that all kinds of lofts and studio apartments as a living space concept have failed to take root here so far). Even the Russia Beyond office, which is actually an open-plan space, has its mini-partitions - or “fences” - around each desk, as well as a wall - or “fence” - right in the middle of the room. 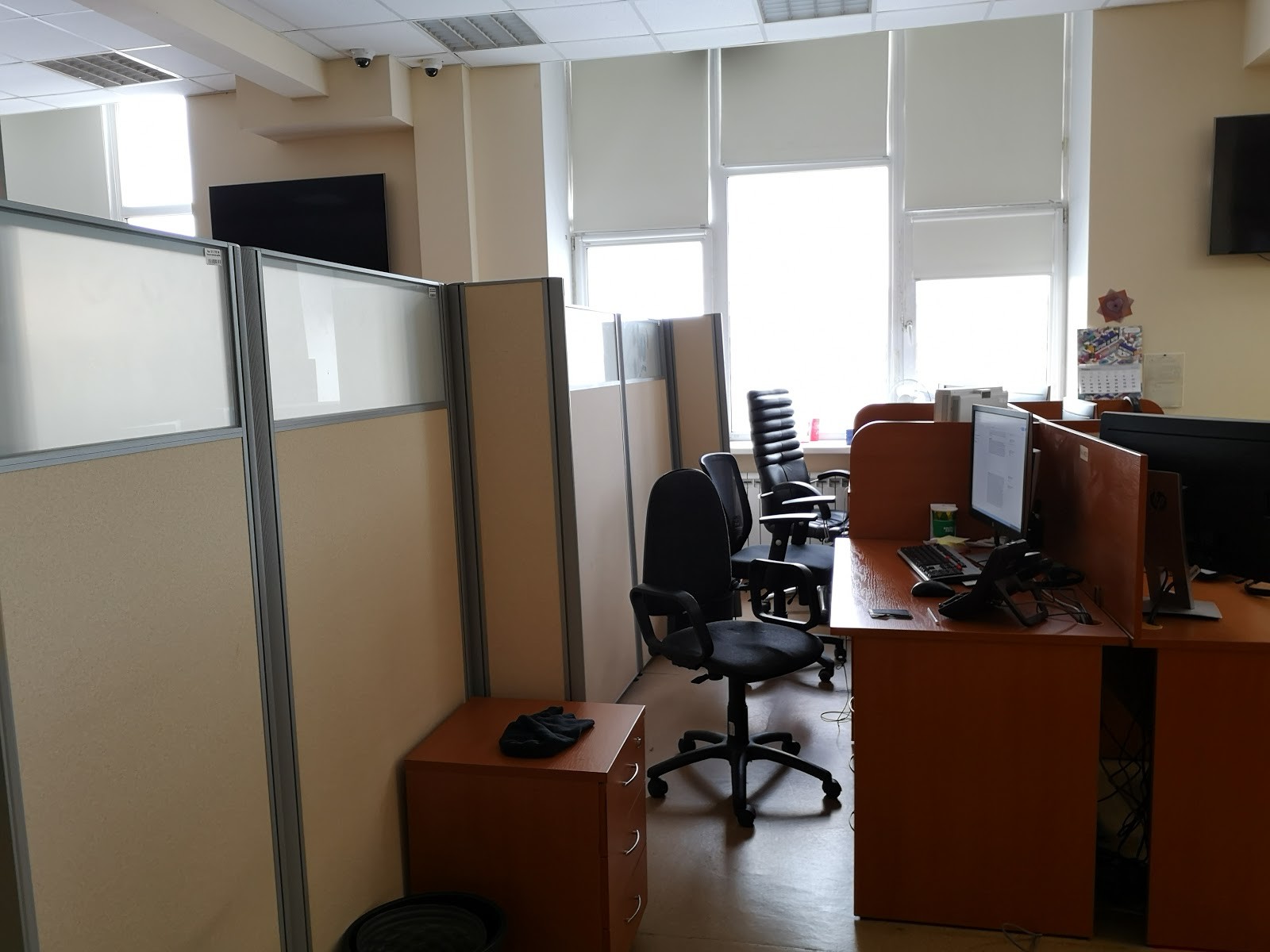 Russia Beyond office and our “fence”.

And what do you think: How many doors do we need to feel secure in an apartment block? “To get home, a person must pass on average five reinforced doors: Three in the entrance hall, a fourth in the stair vestibule on the relevant floor, and the fifth being the actual door to the apartment. We don't have a particularly high level of public danger, we don’t live in Johannesburg or Colombia,” Sergei Medvedev, professor of political science at the National Research University Higher School of Economics, points out. We have even convinced ourselves that an iron door to our apartment is an excellent investment. 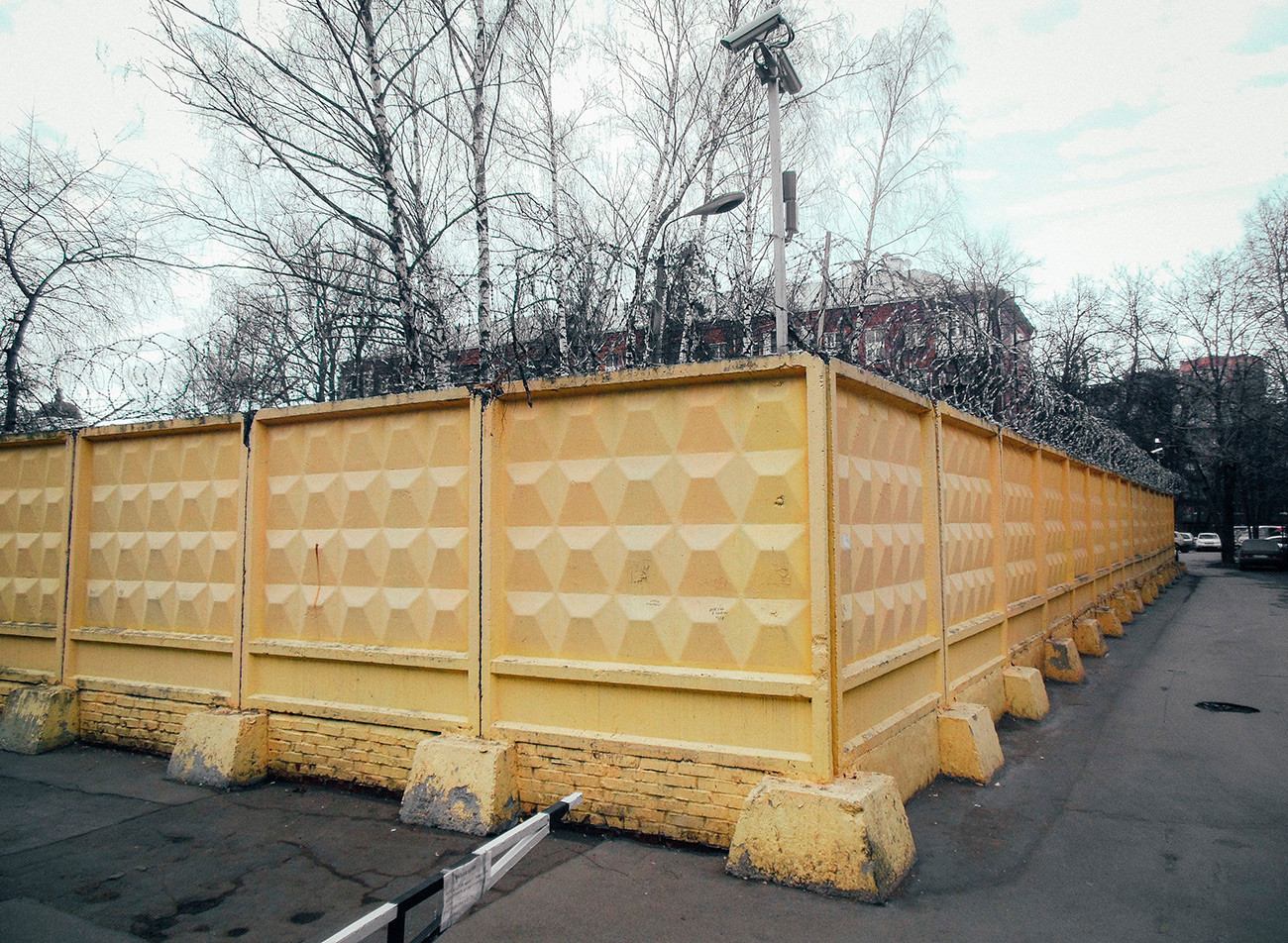 I don't believe that we are collectively a country of fools and masochists who love “squeezing” through a single narrow passageway instead of walking around untrammeled. Or that a labyrinth of fences makes our life any easier. To be honest, deep down we do realize that it might even be better without them, but we can’t resist this archaic desire to submit to a certain set of procedures and a certain order, to regulate spaces and partition them into compartments, to put some guy at the entrance, and control, control, control. This irrational feeling is a hangover from our totalitarian past and its subsequent aftershocks. And like any hangover, it will definitely come to an end one day.