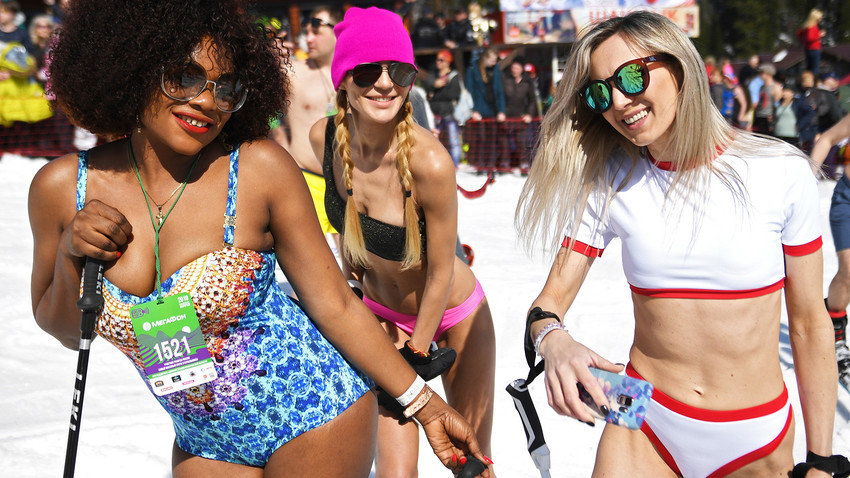 Alexander Kryazhev/Sputnik
Siberia is so much more than just tons of snow, you know! 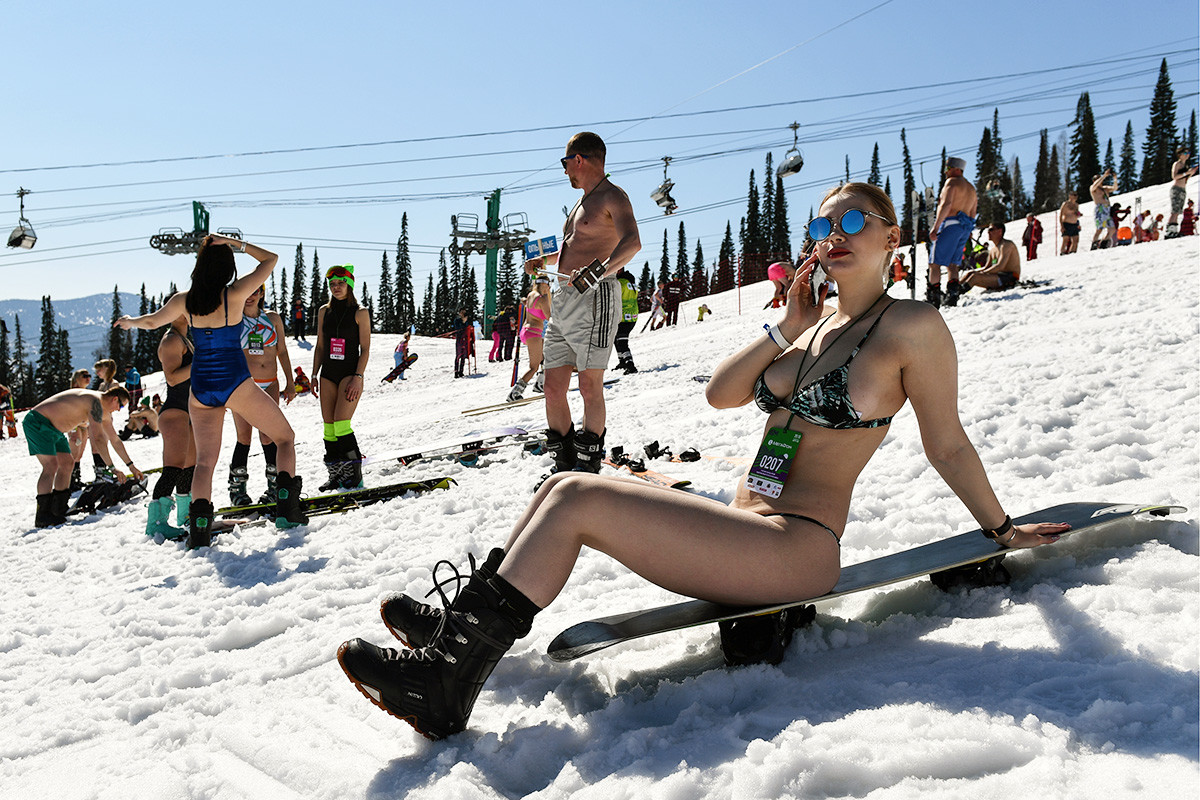 Snow, sun and... bikini-clad girls (!) are the first things that come to a Siberian’s mind when they hear the word “Sheregesh”. Sheregesh is a former mining village that, since 2011, has been turned into a top ski resort. It all started with a video filmed by locals showing girls in swimwear skiing down a slope in the Kuzbass to the Shakira song Loca. The video was shown on all federal TV channels, British tabloid Daily Mail devoted a whole double-page spread to it and American bloggers went hysterical: “Wretched Pentagon! Why have you lied to us all these years and fooled us into thinking we won the Cold War?!” Nowadays, several thousand people descend on the resort every year to go down the pistes in large groups in just their swimwear! 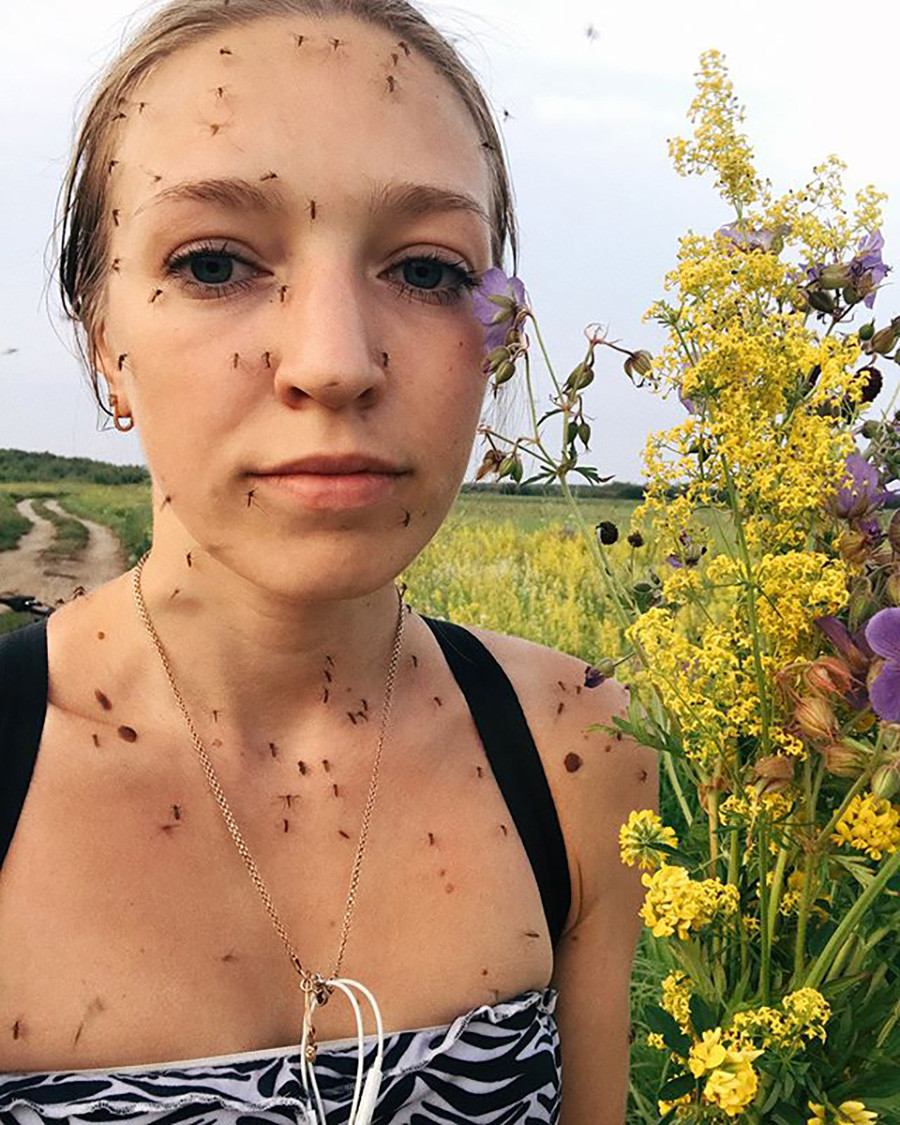 If you search for “Siberian midges” on Google, you'll find hundreds of videos that are not for the fainthearted. In summer, there is nothing worse in Siberia than swarms of ceratopogonidae (biting midges) feasting on humans. The region has over 40 varieties of midges and people can end up in hospital after being attacked by them. Locals call it “midge apocalypse”. 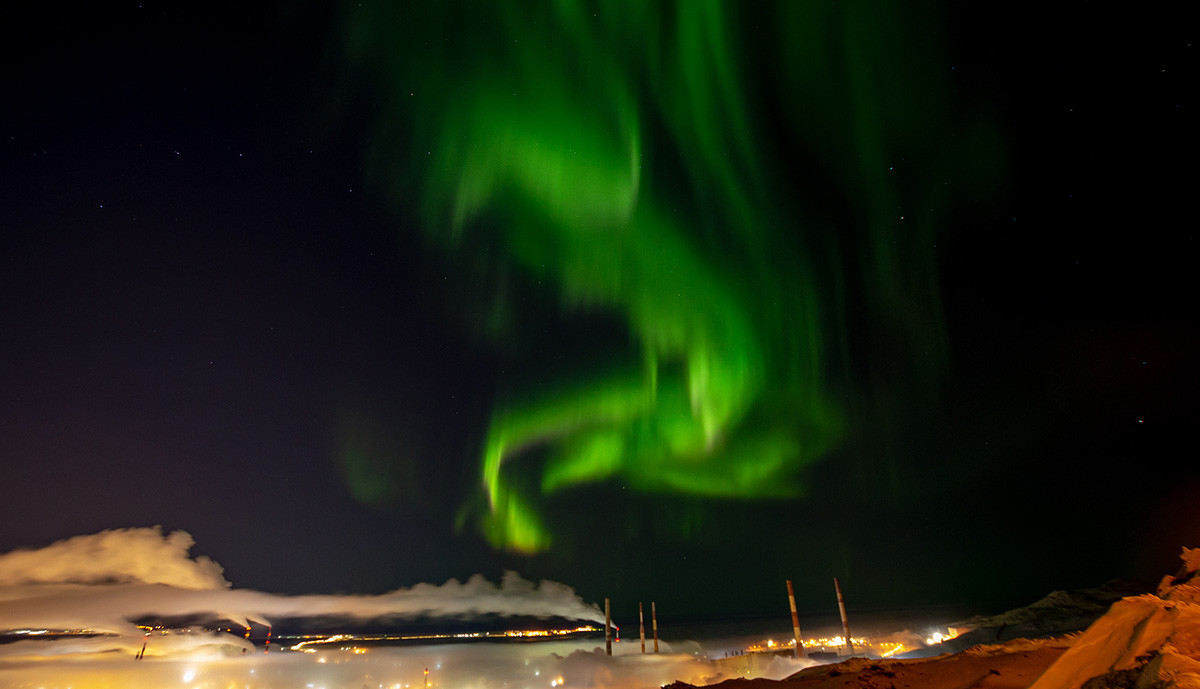 The Arctic Circle passes through a huge part of the country, including Siberia. Therefore cities like Norilsk (2,878 km; 1788 mi. north of Moscow) or the Taymyr Peninsula (3,242 km; 2,014 mi. from Moscow, in the same direction) do not see the sun for dozens of days on end (literally). But there is an amazing bonus: Inhabitants of these places can observe this fantastically beautiful natural “light show” phenomenon, instead. 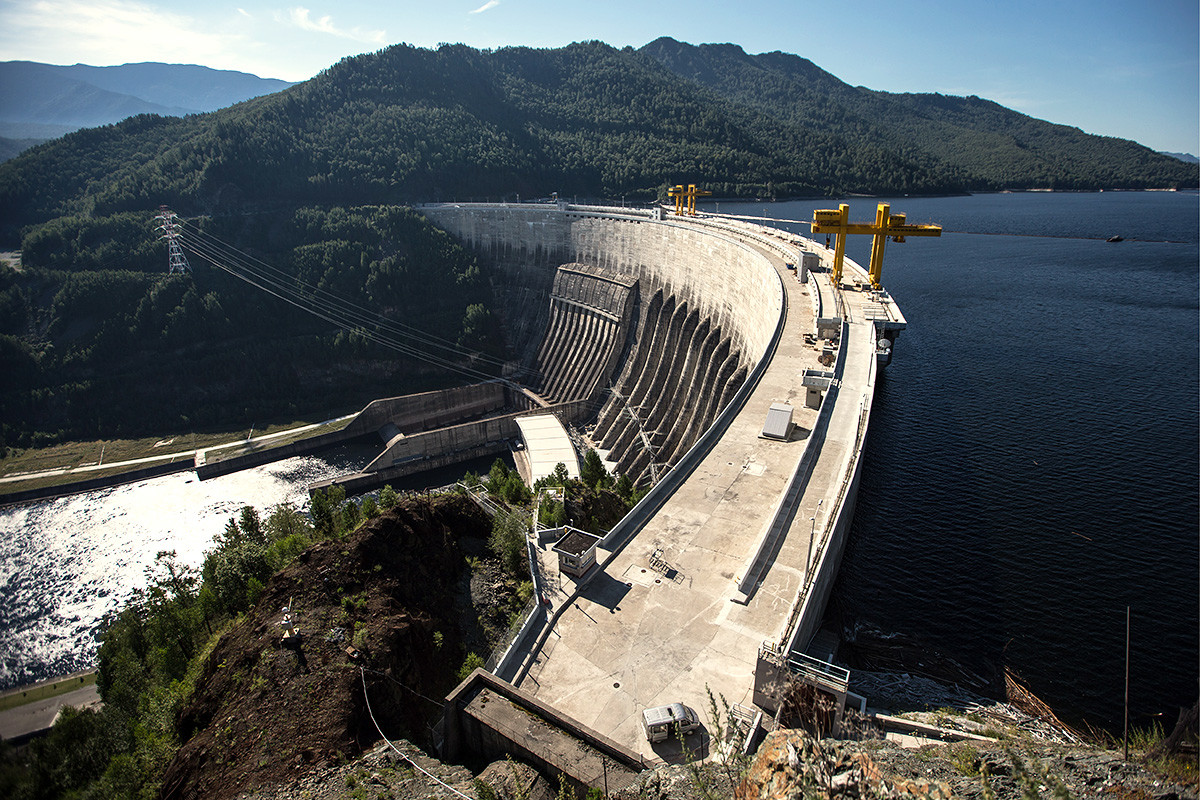 Sayano-Shushenskaya HPP is the largest in Russia.

Construction of the most powerful power station in Russia began in 1963, and completion was planned within nine years. But the construction fell “a bit” behind schedule - several decades and generations passed before the GES was officially finished in 2000. In August 2009, it experienced one of the worst industrial disasters of recent history, which resulted in dozens of mutilated bodies, smashed power plant buildings and an enormous oil spill into the Yenisei River. A powerful rush of water tore off a turbine cover, killing 75 people instantly. 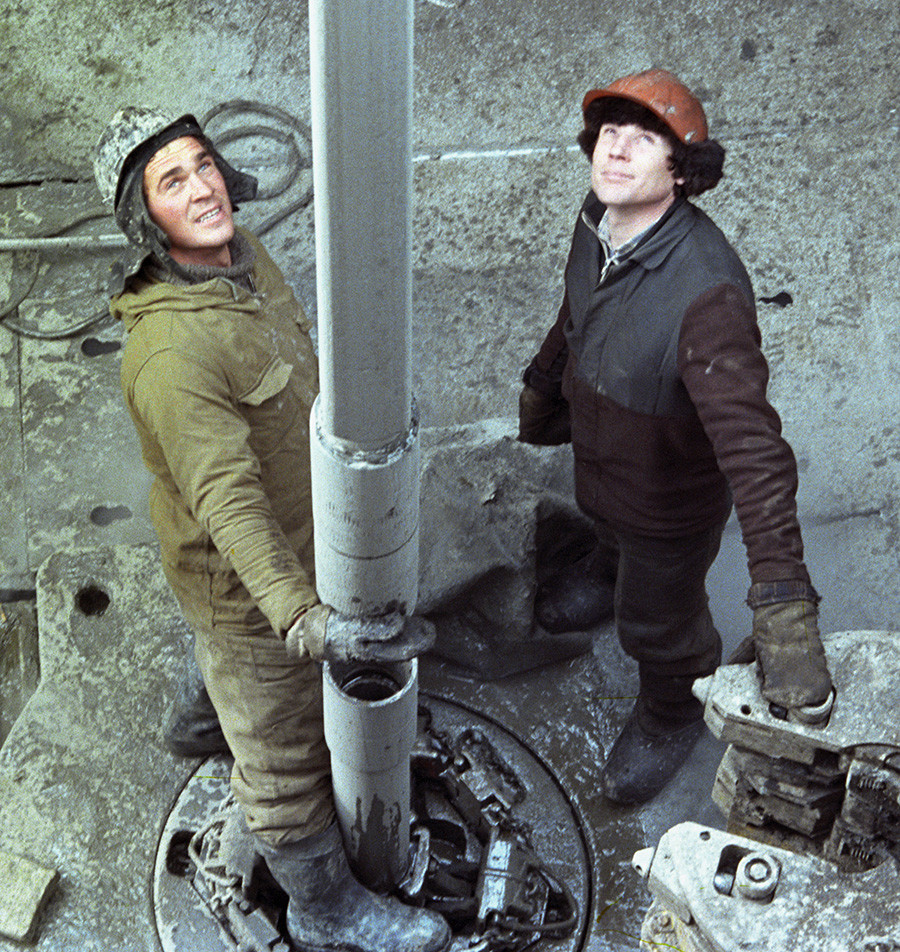 Oil workers in the Tyumen region.

Seventy three percent of all Russian oil is produced in Western Siberia and, according to a forecast by the Russian Ministry of Natural Resources and the Environment, the reserves there will last until 2044. But there is already a challenge now: How to maintain the volumes of production? There remain regions - Eastern Siberia and Russia's northern territories - where oil extraction is much more difficult because of frozen ground or impassable swamps. 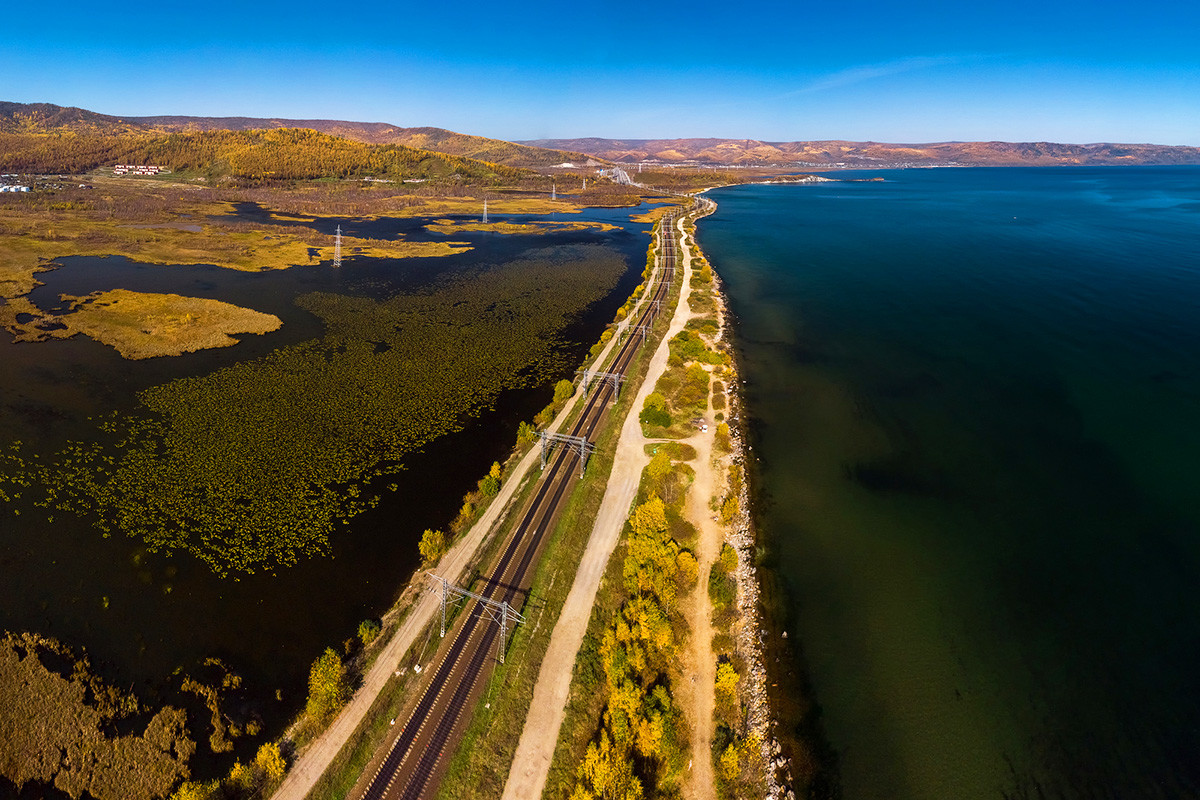 Russia decided to build the Trans-Siberian Railway more than a hundred years ago, when the country was still ruled by the Romanovs, because it feared Chinese expansion in Russia's Far East. The fears were great and the resources seemed inexhaustible. That is how the world's longest railway line, crossing the whole of Siberia, came into being. It's over 9,000 km (5,592 mi.) long - i.e. a train journey from one end to the other takes six days and 22 hours. There are many stories, movies, songs and legends associated with the now famous train line. 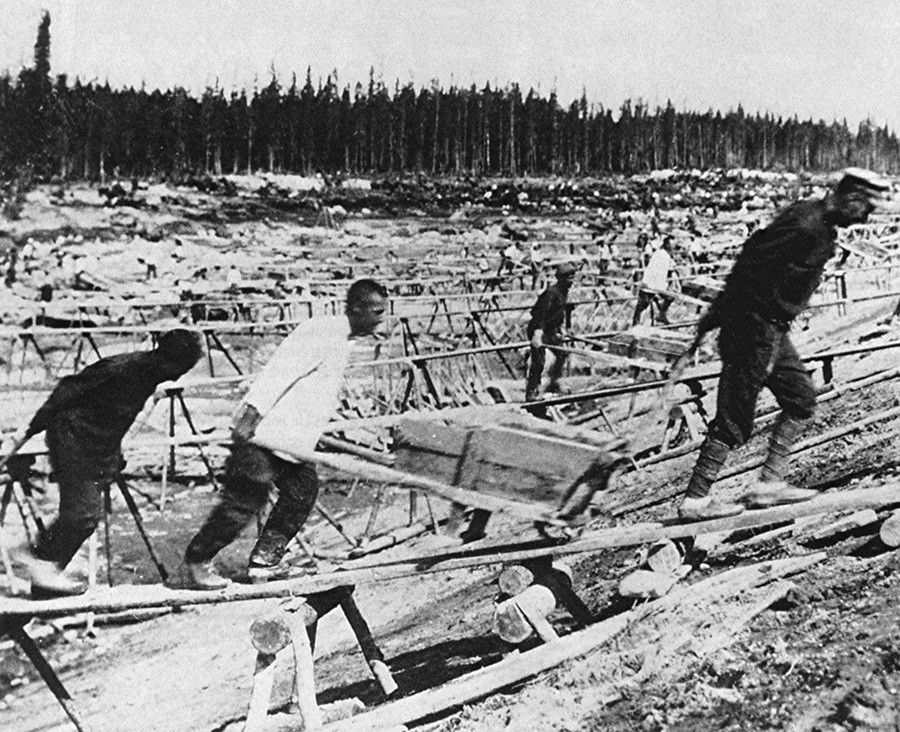 Siberia's uninhabited territories were developed in different ways, with an enormous part by Gulag prisoners. Mega construction projects (like the Baikal-Amur Mainline Railway, or “BAM”), highways, cities and dams - all of them were built, or at least started, by people convicted and exiled to this hostile environment. ‘If you don’t work, you won’t eat’ was the main managerial approach. And every time deadlines approached, the administration of a labor camp would extend the working day. “People worked for 16 and even 18 hours a day,” writes historian Sergei Papkov in his book Stalinist Terror in Siberia. 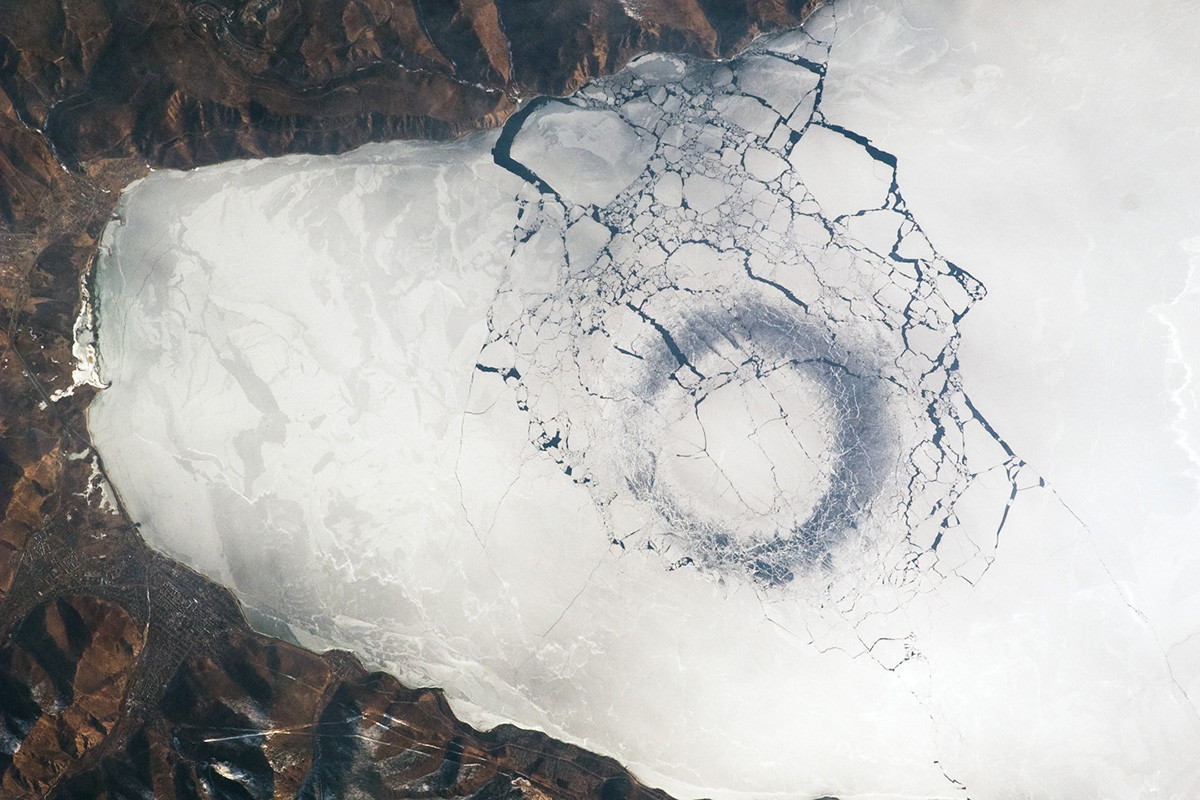 The world’s deepest lake at an estimated 1,642 m (5,387 ft), is one of the best known natural wonders and a symbol of Siberia. Every spring, giant white circles form on the surface of Lake Baikal, the origin of which had left researchers scratching their heads for a long time. At some point, it was believed they formed owing to methane. But finally, the mystery was solved: The mysterious circles are formed by anticyclonic (warm) eddies and the structure of the lake itself. Lake Baikal is also the world's largest freshwater lake in terms of volume. 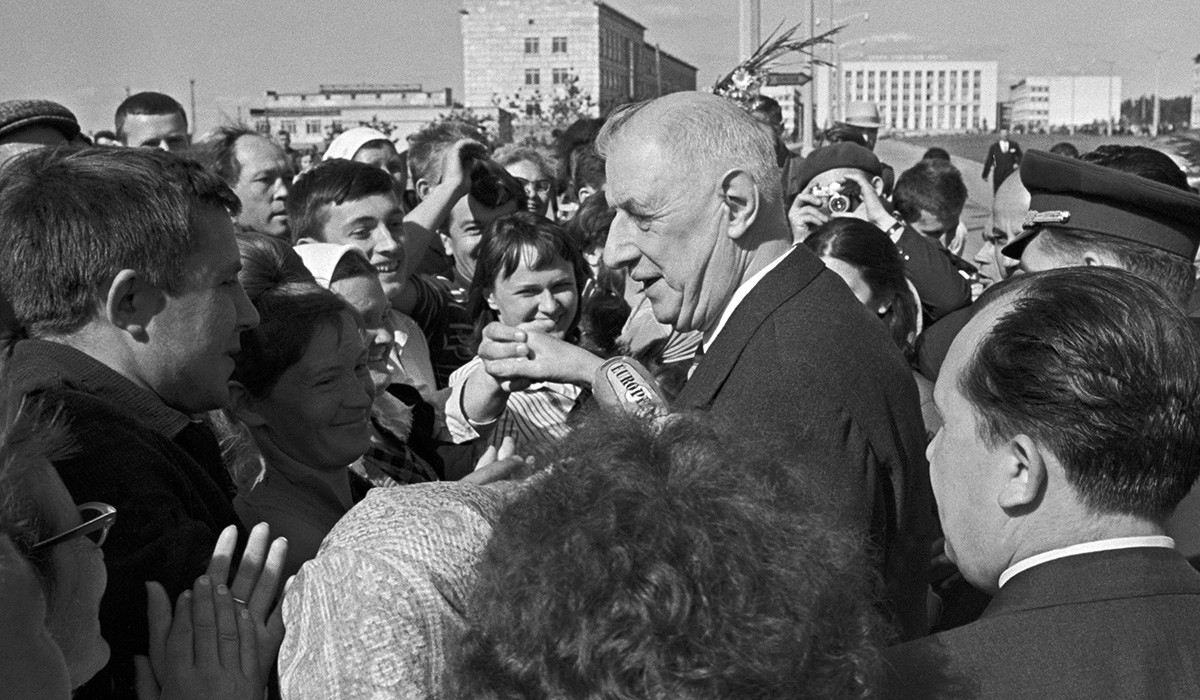 Siberia is strongly associated, not just with frost and Lake Baikal, but also science. In 1957, a scientific center was established here which has become world famous - the Novosibirsk Akademgorodok [“Academic Town”]. At the initiative of academicians, dozens of institutes specialising in different disciplines, the university and scientific forums were all transferred to one stand-alone hub in the middle of a forest. Its distance from Moscow allowed for more freedom. The first collider in the world originated here, at the Budker Institute of Nuclear Physics in Akademgorodok. 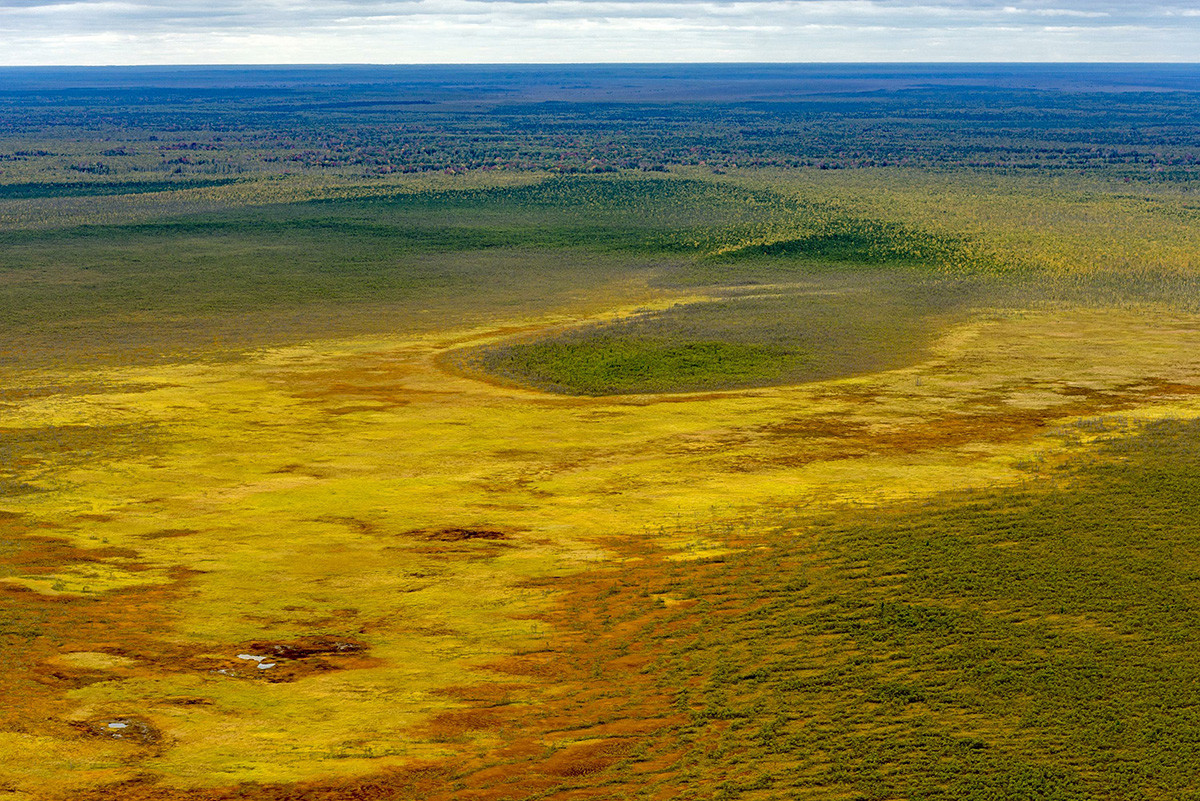 Siberia is immense, and to help you understand how big it is, here is an example: In the middle of Western Siberia is a swamp which has an area bigger than that of Switzerland and which is still growing! And now also imagine that in other places in Siberia there are 113 cities (and three of them have a population of over a million), as well as the boundless taiga. It truly is an amazing place!