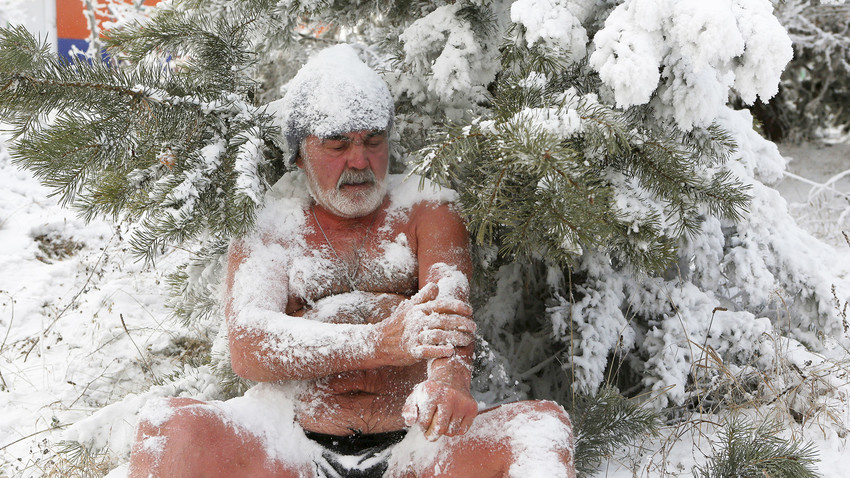 Reuters
Being Siberian is an art. Otherwise, how could you explain all this?

1. Anyone can become a Siberian

It doesn't matter where you were born, what color your skin is or what religion you follow. If you’ve come to Siberia and stayed, you are a Siberian. Every Siberian believes this, because they know that life in Siberia is not all milk and honey, it’s hard and certainly not for everyone, and they believe that only people with an iron will can survive there and love it. In Siberia, you can't be a “permanent newcomer”, like in Moscow, for example. Locals will very quickly forget where you lived before and will regard you as one of them. There is a lot of land and few disputes because, by and large, people have very little to quarrel over.

2. There is nothing wrong with having a real fur coat 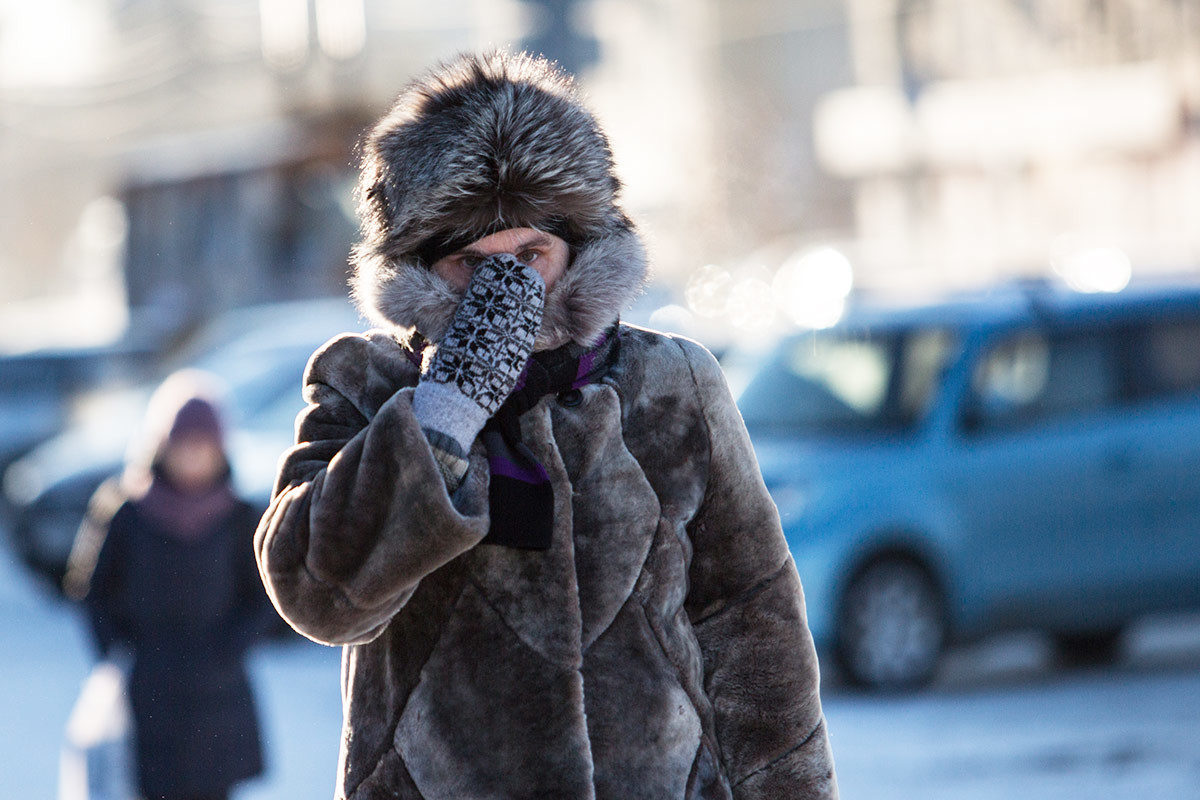 Siberians don't believe that a real fur coat or hat are barbaric or a sign of the wearer's bad taste. After all, you won't find anything warmer. When the cold weather arrives, ethical dilemmas go out the window!

3. Kids can skip school up to three weeks

When the weather is Siberia is too cold even for Siberia (for instance, -35°C; -31°F), school is cancelled. And this can happen several times during the winter. And do the children stay at home keeping warm? No, of course not! They all go outside to play - messing around in the snow, sliding down slopes or playing with snowballs. For many Siberian children, extreme temperatures are like surprise holidays from school, and so, the happiest time! 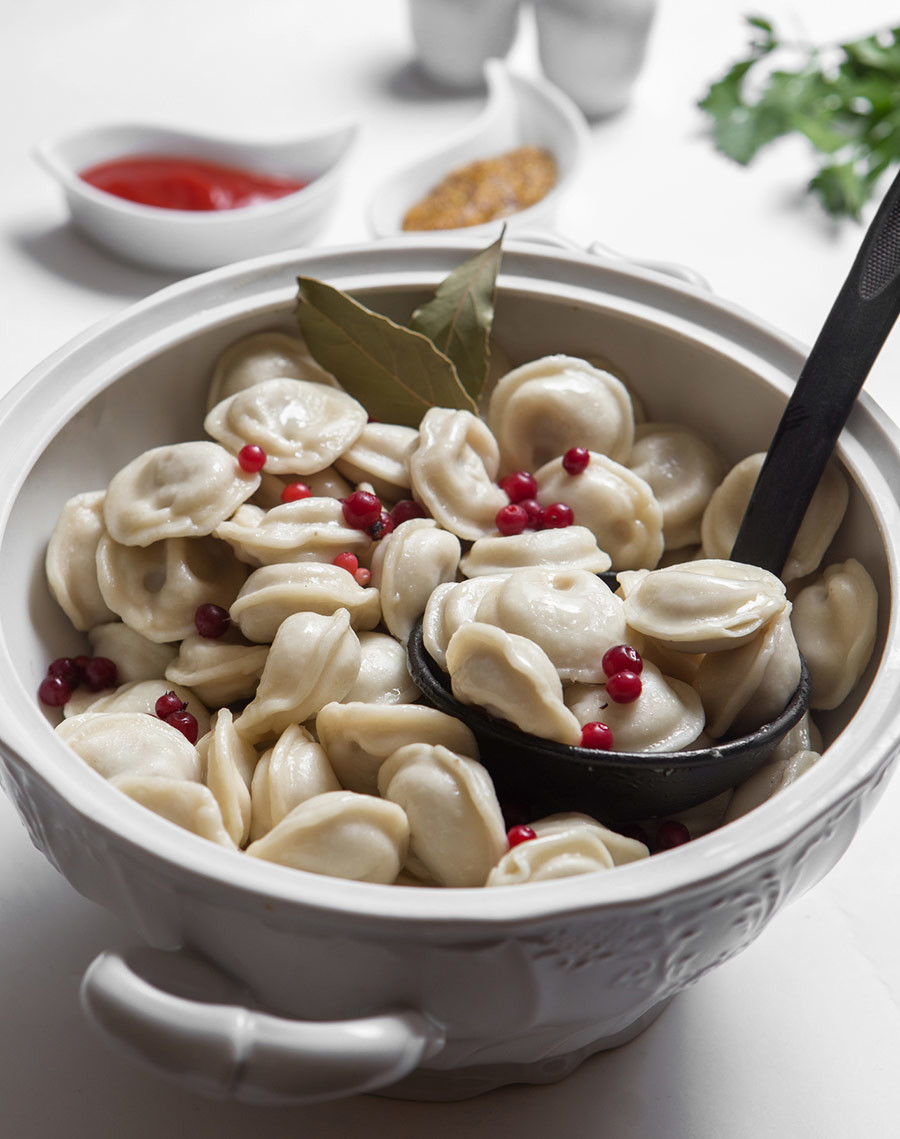 If you’ve ever heard a conversation between two Siberians from different parts of Siberia, it will start with them finding out who has the worse weather. Usually, the one whose thermometer goes down further is the winner. Boasting about bad weather conditions is very

Siberian. When people have nothing to say, there’s always the weather to talk about! 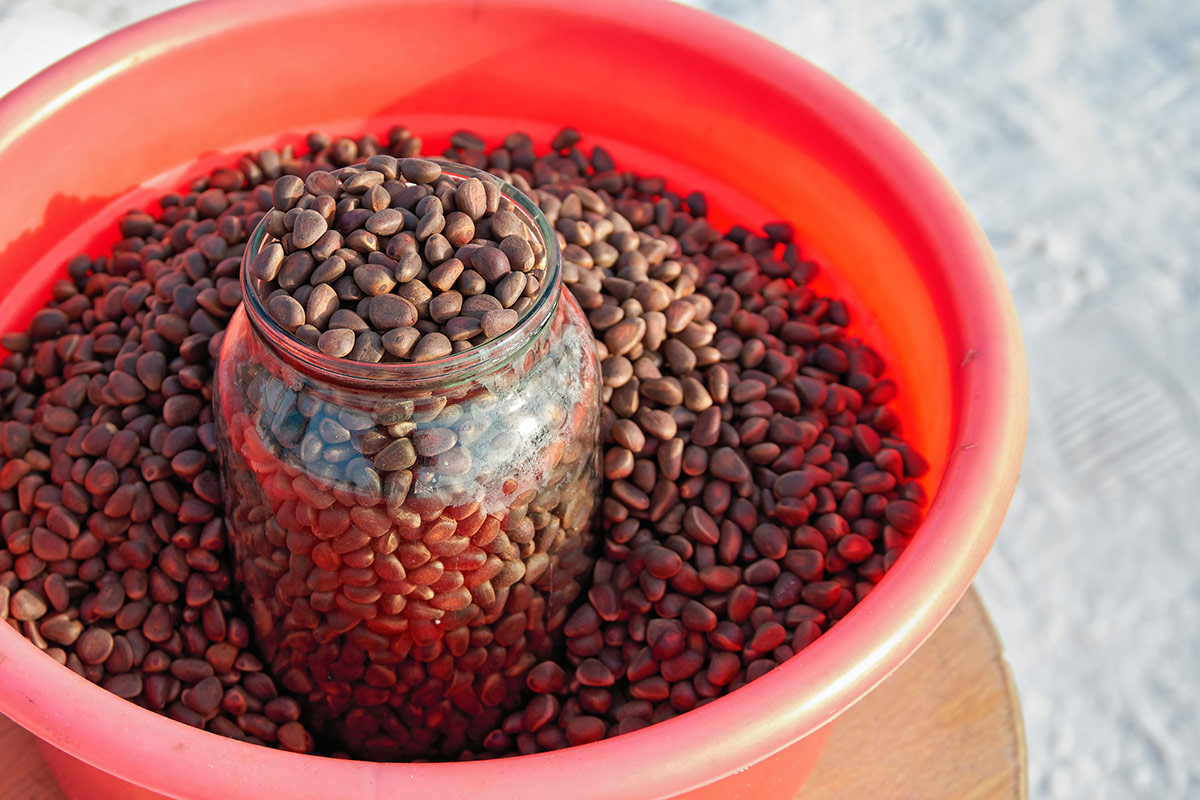 Surely, you’ve by now heard of the national addiction to eating sunflower seeds? Sunflower seeds have long conquered the country and made everyone equal: Urbanites and people from the provinces have an equal dependency on them. Except for Siberians. From childhood,, they’ve had pine nuts instead of sunflower seeds. And every Siberian knows better than anyone else how to split them into two neat, perfectly even halves.

7. Being scared of midges

What do you know about pain? 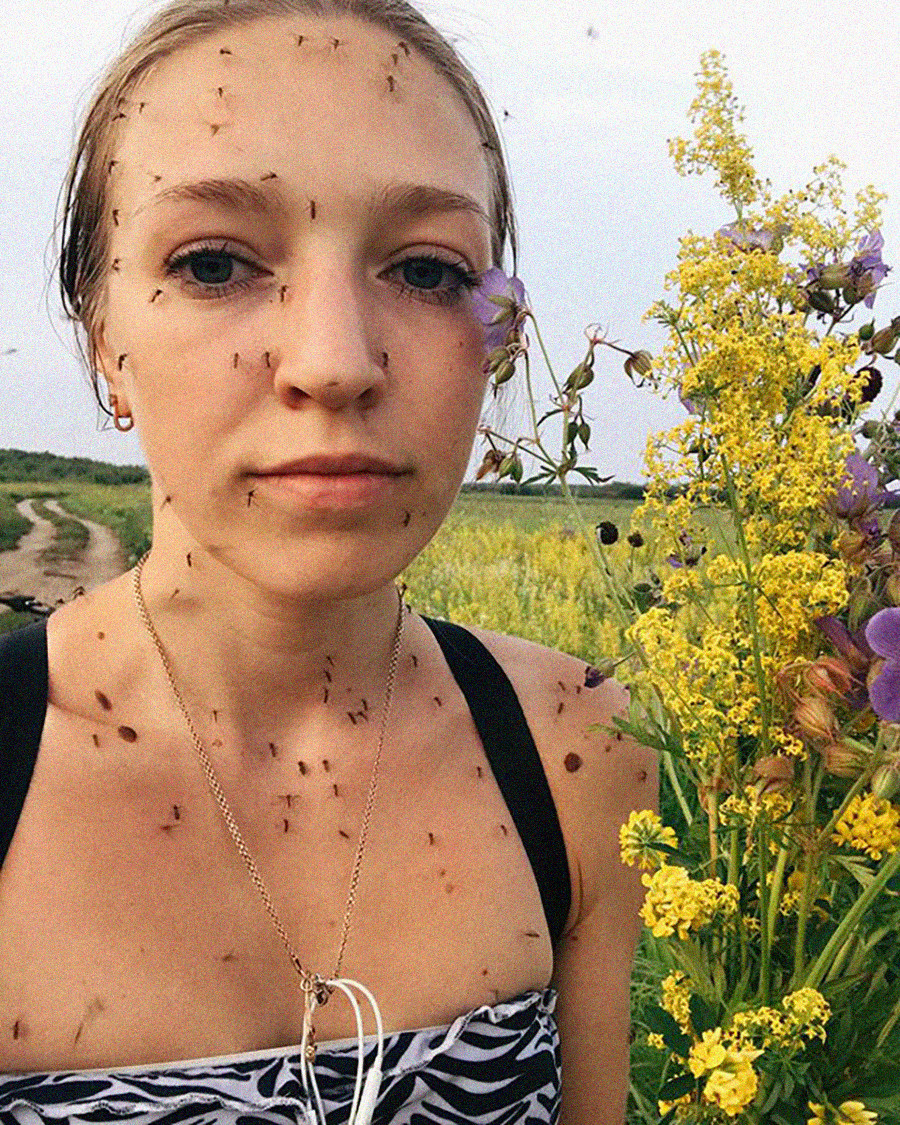 There is nothing worse in Siberia than midges - tiny mosquitoes that “devour” people alive as soon as they take off their clothes in summer. Three seconds in the company of Siberian midges and a couple of liters of blood could easily disappear without a trace!

8. Believing that Siberia is a state within a state

Being far away from Central Russia (ie. Moscow) has left its mark. Siberians believe they have a different mentality compared with people in other regions of Russia. And they rarely venture outside their native Siberia (because it’s expensive). And if they do, for some time after their six-hour flight, they still can't come to terms that they are still hearing the same Russian language! What sorcery is this!?

9. Everyone is afraid of you (except midges) 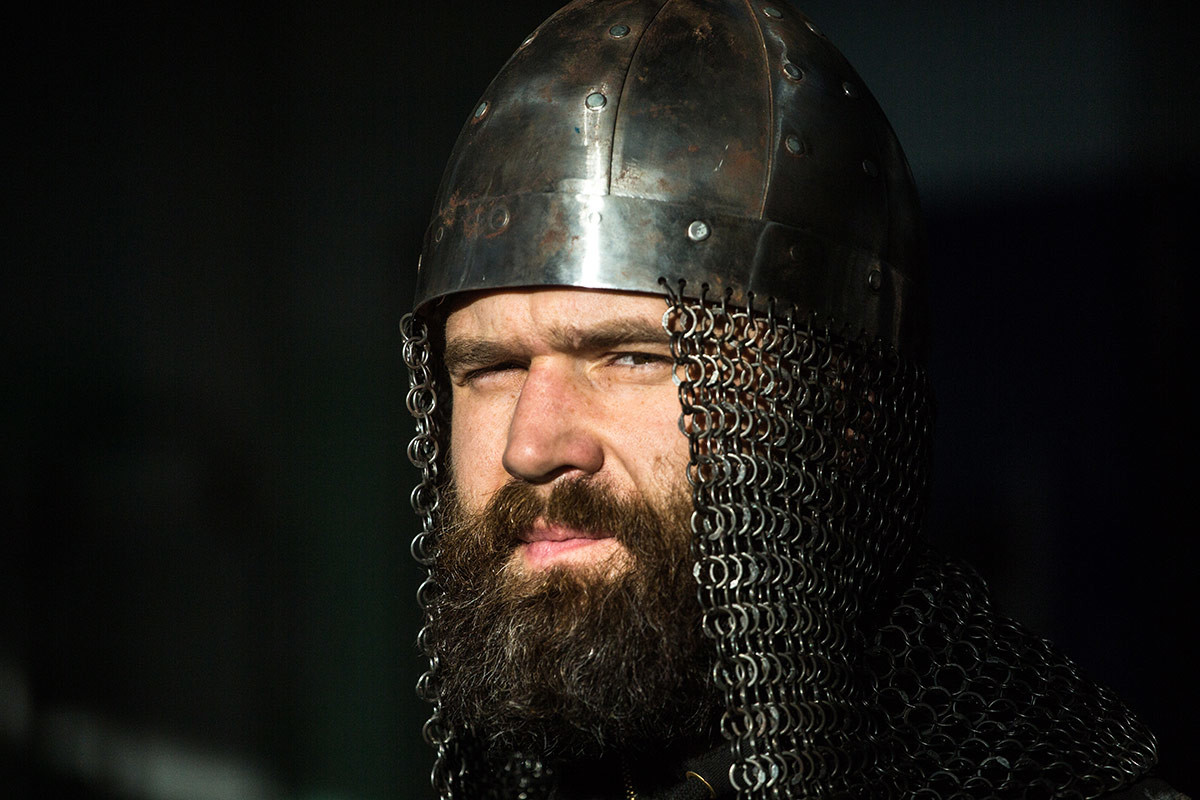 During World War II, Siberian divisions had a special reputation: They were believed to be the hardest. And the reputation still persists. Siberians believe they are the toughest in the whole of Russia.

Subconsciously, many native Siberians still remember the Soviet prison camps and tsarist penal servitude, so many prefer to live according to the principle, “Keep a low profile”. In actual

fact, Siberians are even pleased that the country's main authorities are so far away - there is less risk of getting into trouble with someone. Big news from Siberia rarely reaches the capital, because Siberia rarely has big news. 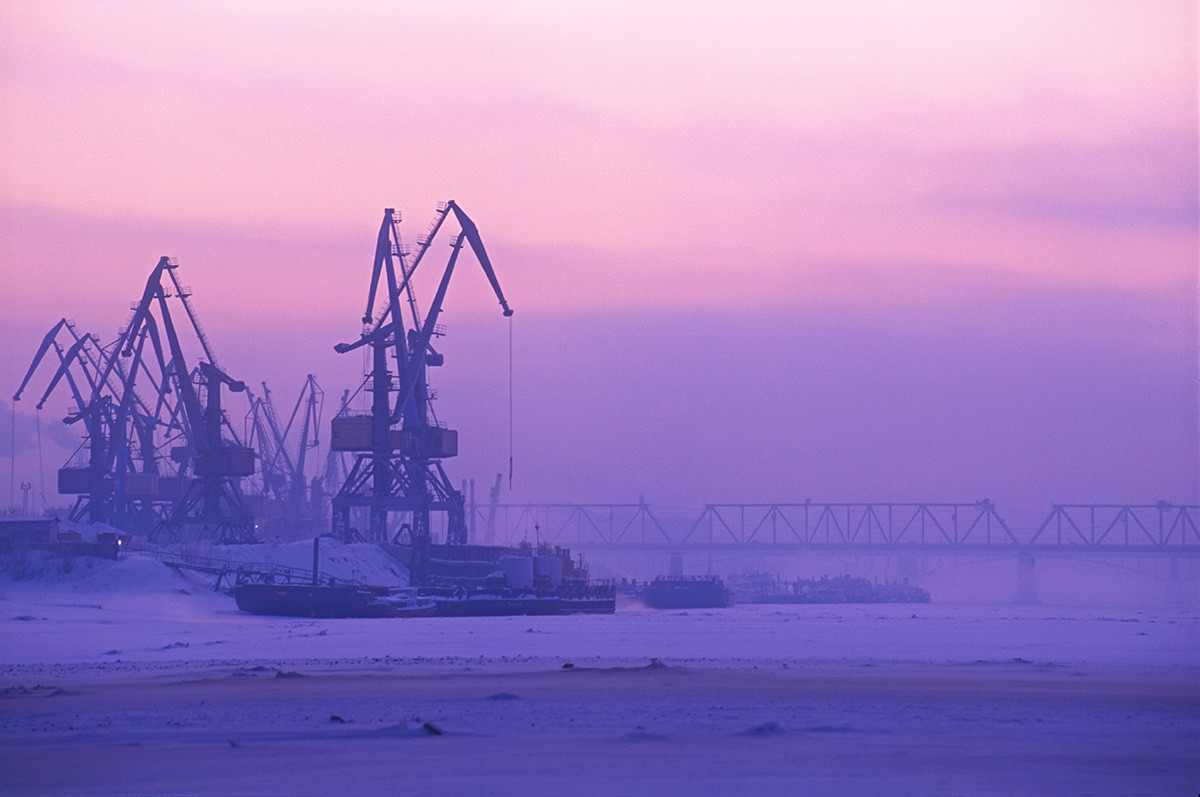 Siberia is very big, and its geographical borders are essential topic number two (after the weather, of course) on all internet forums that have more than one Siberian among their users. Is Omsk part of the real Siberia? And what about all those who live by the Ob River - are they Siberian? Everyone who does NOT live in Siberia has the answers (It’s “yes” to both questions), but it seems the locals will never agree on these matters.

12. A special relationship with nature

Siberians have a special attitude to nature, because nature is the most beautiful and valuable thing Siberia has. Despite the fact that most Siberian cities are unremarkable, mostly grey, and have a lot of industrial production, nature in Siberia makes up for everything. If a Siberian

ends up moving somewhere closer to Moscow, it is nostalgia for nature that is most likely to lure them back. 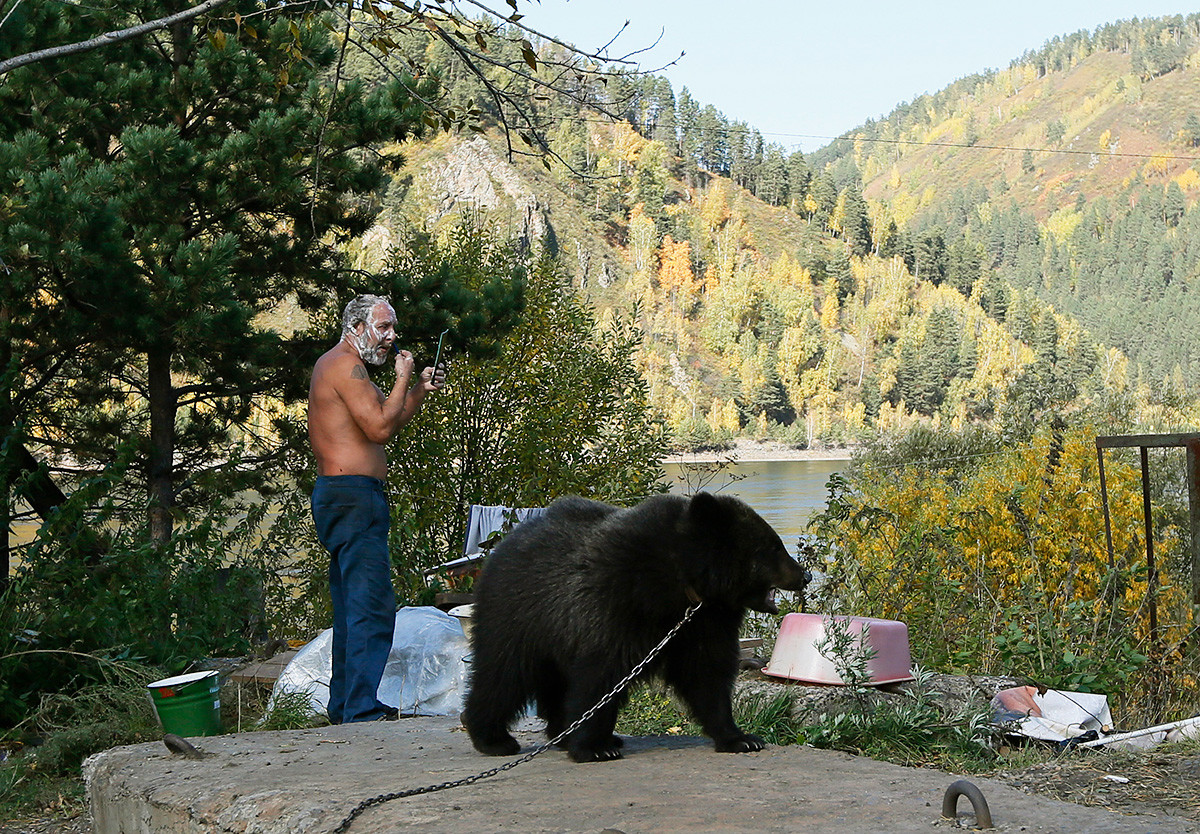 An enormous blank spot on the map? Bears in the street and in people's apartments (instead of cats)? If you’re a Siberian, you love such crazy myths. And most likely you won't even try to dispel them. And hearing someone else telling yet another fable about life in Siberia, you’re likely to chime in and try to make it sound even more ridiculous. This is the Siberian way.

14. Looking on the bright side at everything

In Siberia, even cats sleep under a duvet in winter. Unless you learn to see the positive sides of life in Siberia, you could suffer from depression and never recover. So if you live in Siberia, look

for the positives. Here is one of them: By the time you carry home the beer that you have bought in a shop, it will have had enough time to chill to an ideal temperature for drinking! Cheers! 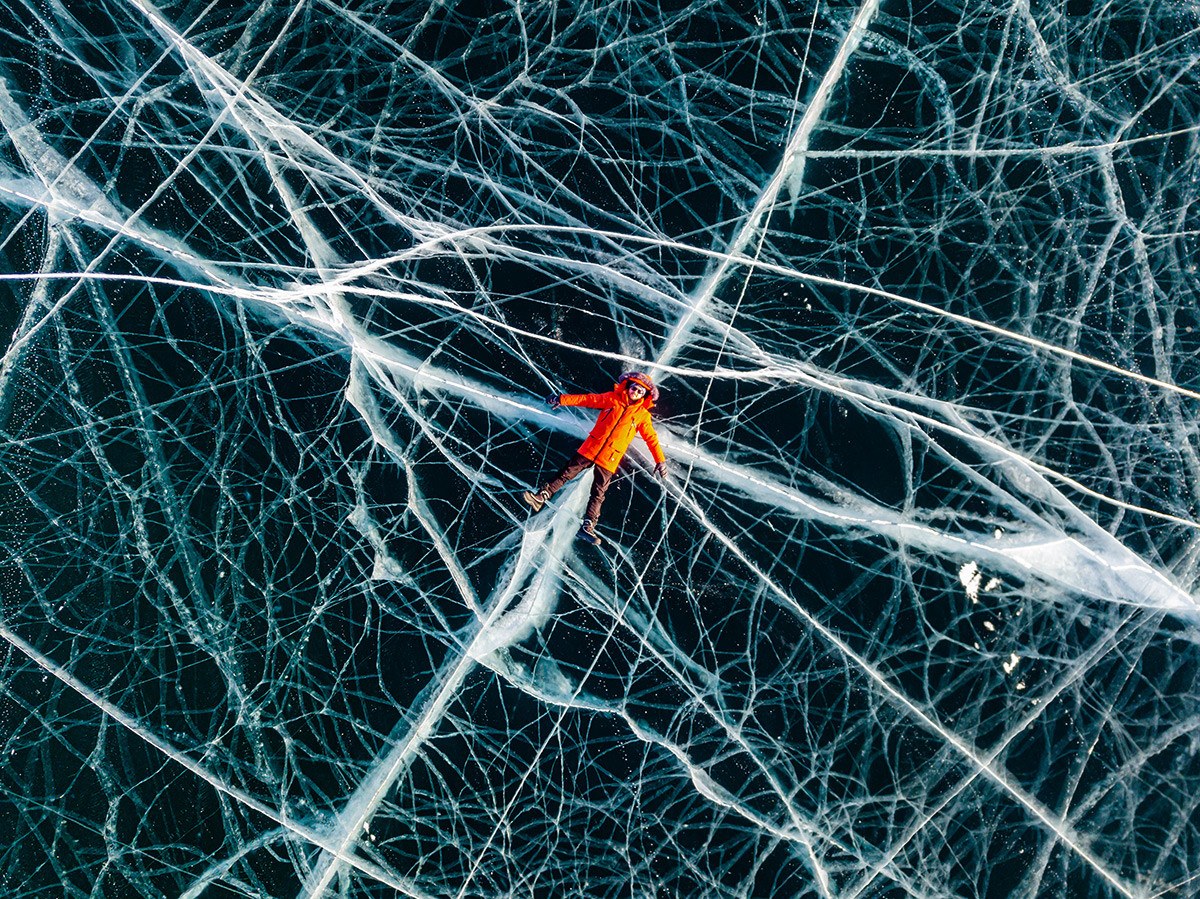 Who else if not Siberians? For them, Baikal is not just the deepest lake on the planet with the largest freshwater reserves, it’s also the nearest and dearest thing for a resident of Siberia. It is said that when someone who has recently moved to Siberia begins to defend Baikal, they automatically become a Siberian. Incidentally, Siberians call Baikal a sea, most likely to compensate for not having an actual one nearby!