What happened to these iconic Soviet hotels in Moscow? 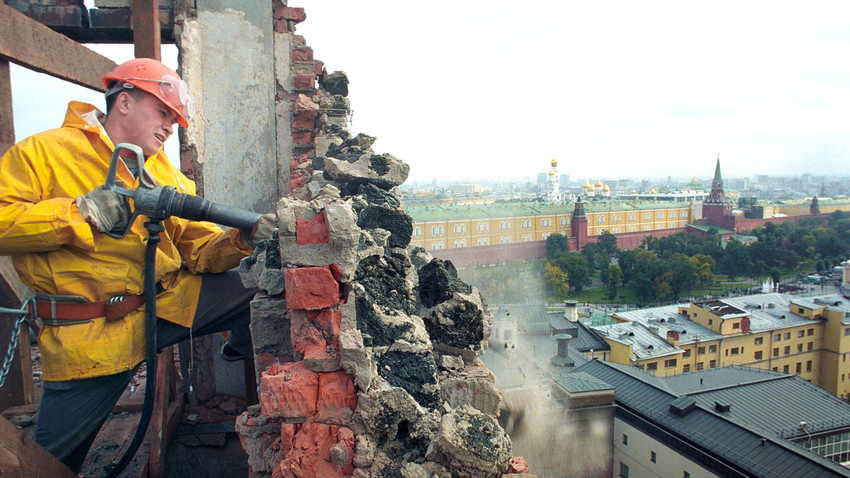 Felix Crimsky/TASS
Black marketeers traded banned goods in them, their lobbies swarmed with prostitutes and KGB agents lurked in their rooms, while most Russian citizens were not even allowed into them. Still, these hotels were regarded as the crème de la crème.

Back in 2010,  on the site of today's Zaryadye Park in the center of Moscow, once stood the Rossiya - an enormous hotel with 2,272 rooms that looked more like a gigantic research institute. 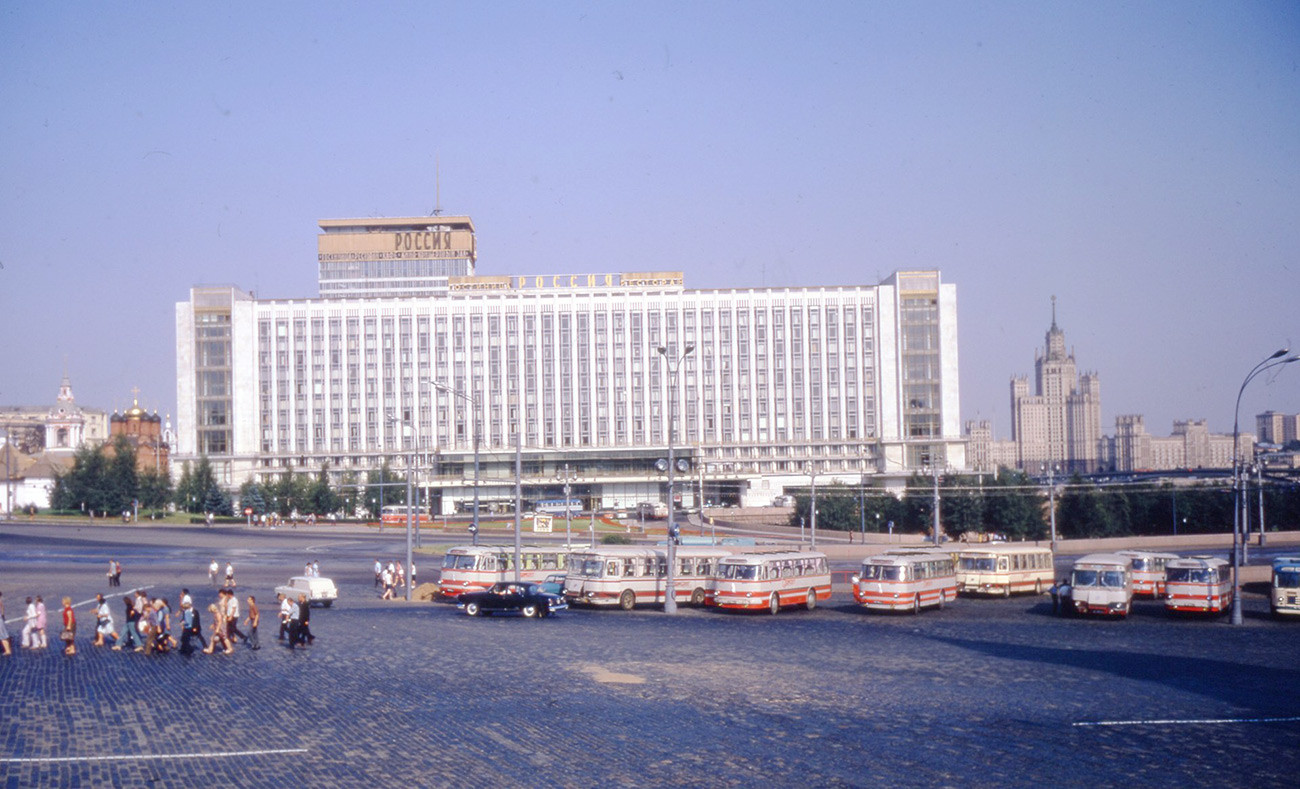 Initially, it had been planned to build yet another Stalinist-type skyscraper on the site, but after Stalin's death, the idea was abandoned. At the same time, there was a shortage of hotel accommodation in Moscow and it was thought desirable to resolve the problem all in one go. That is how in 1967 the biggest hotel in the country, as well as the world (it is in the Guinness Book of Records), came into being. 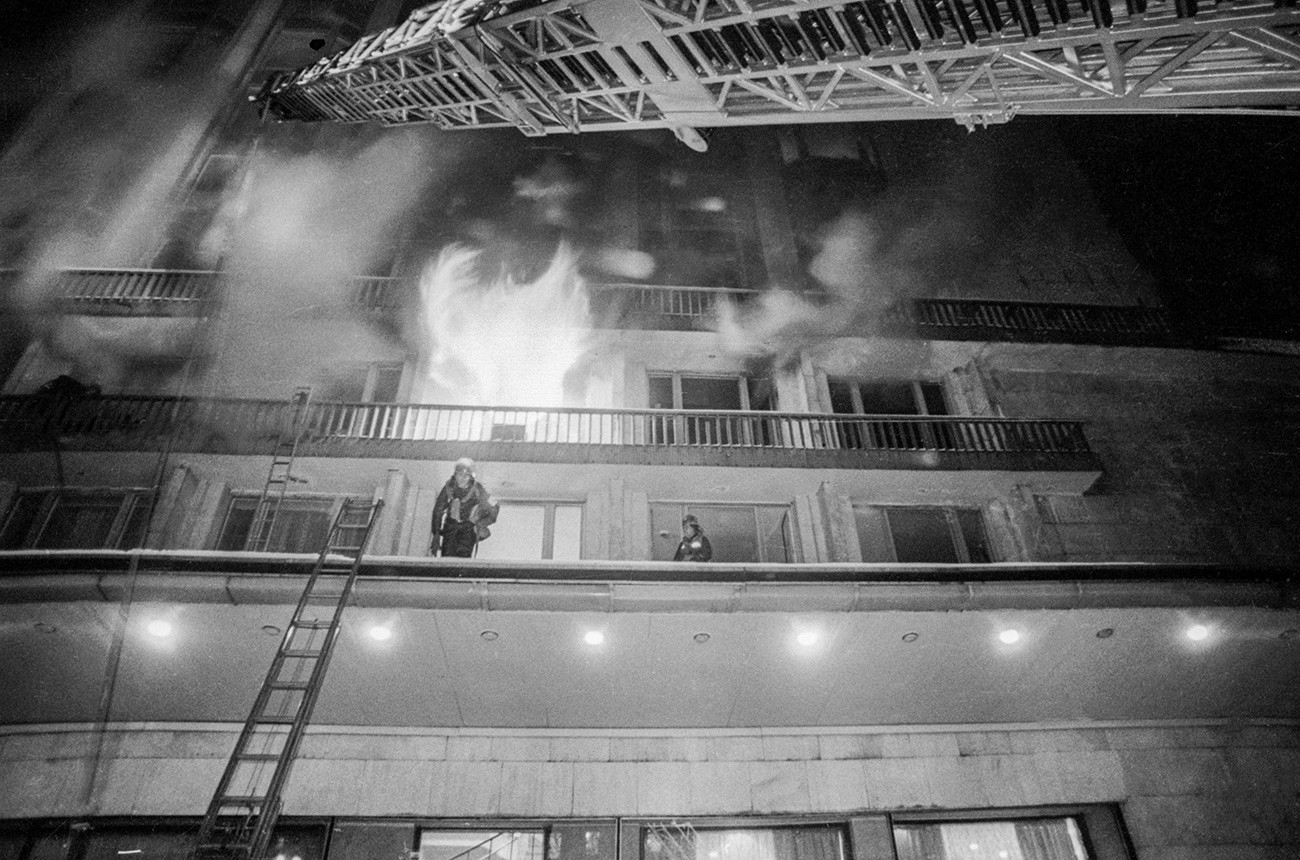 Ten years later, in 1977, there was a fire at the Rossiya, which engulfed the building between the fourth and 11th floors. It was caused by a coffee maker that had been left plugged in, which accidentally ignited the furniture. Forty-two people died in the blaze. Moreover, at the time, Soviet stand-up comedian Arkady Raikin was performing in the hotel's concert hall on the ground floor, and was asked to extend his performance by 90 minutes so that the 2,500 spectators didn't pour out of the building and obstruct the rescue operation. All this time, while the top floors were engulfed in flames, the audience members were forced to watch the performance. The media kept silent about the tragedy - there was only a short paragraph in the Trud daily expressing condolences to the families of the people who died in the fire. 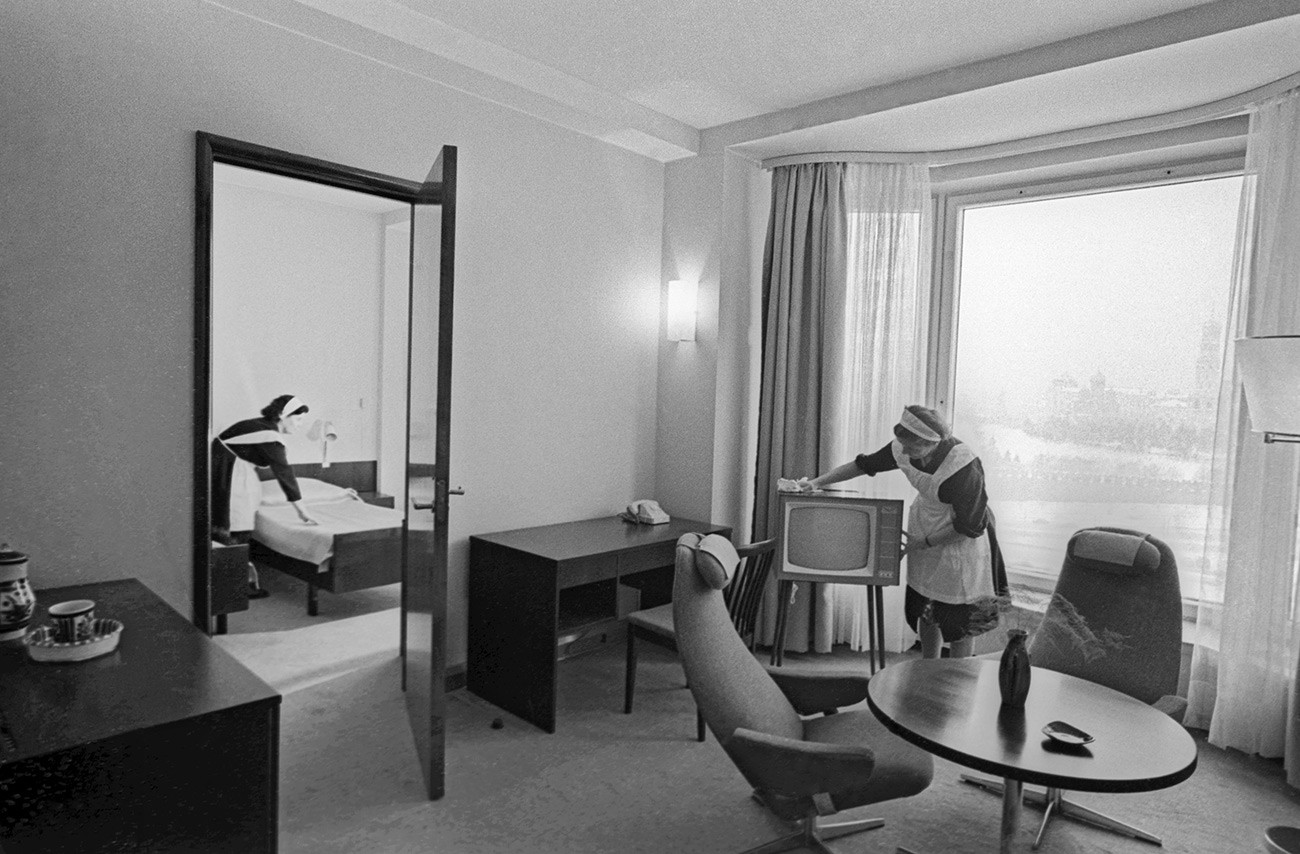 Many famous people stayed in the Rossiya after it was rebuilt, such as George Bush Senior and Mike Tyson; many movies and the country's first reality show were also filmed in it. But the economic collapse of the country affected the hotel, too: In the 1990s, it started losing money and eventually closed on January 1, 2006. Throughout the subsequent years, authorities unsuccessfully tried to find the money for its renovation and, in the end, it was simply demolished. 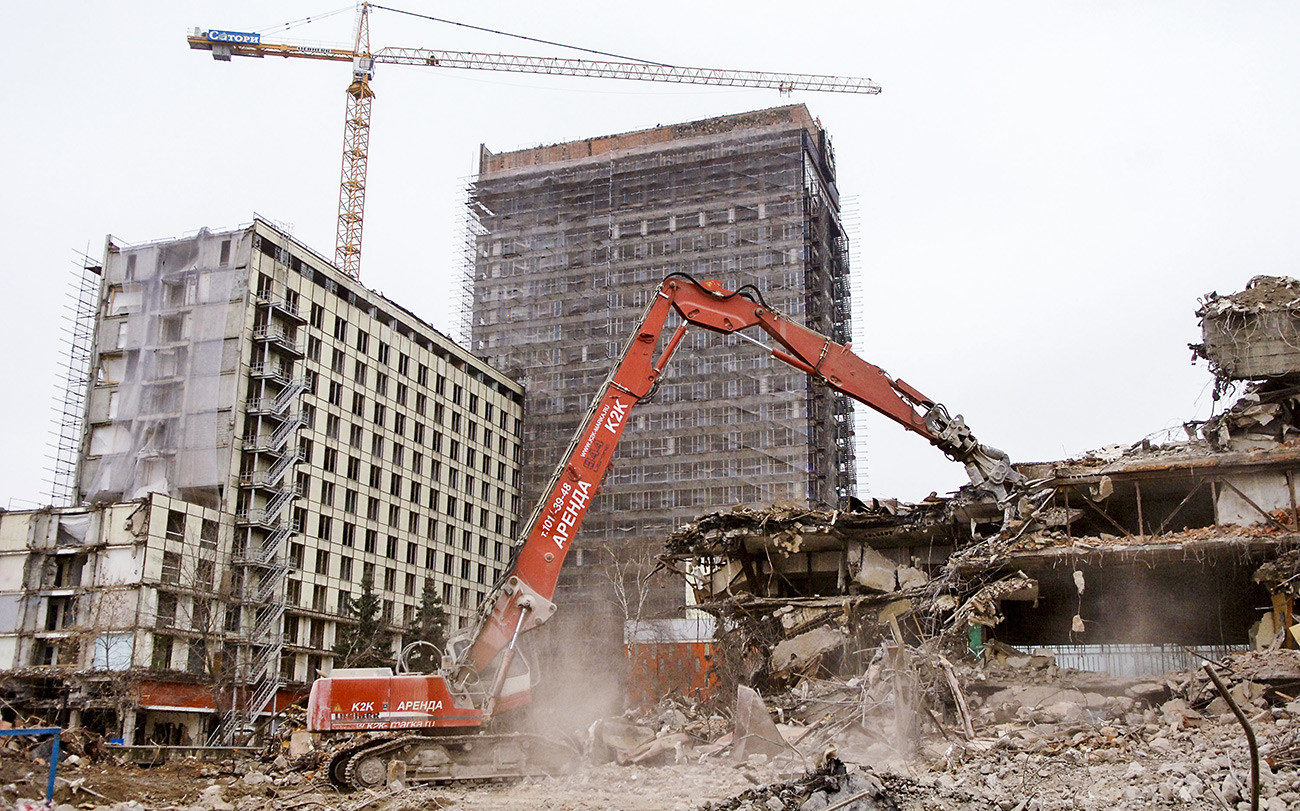 Authorities briefly flirted with plans to build an entertainment complex which would have been overseen by famous British architect Sir Norman Foster. But the project never saw the light of day and the hotel's site remained vacant until 2013, when it was announced that the Zaryadye Park would be developed there. 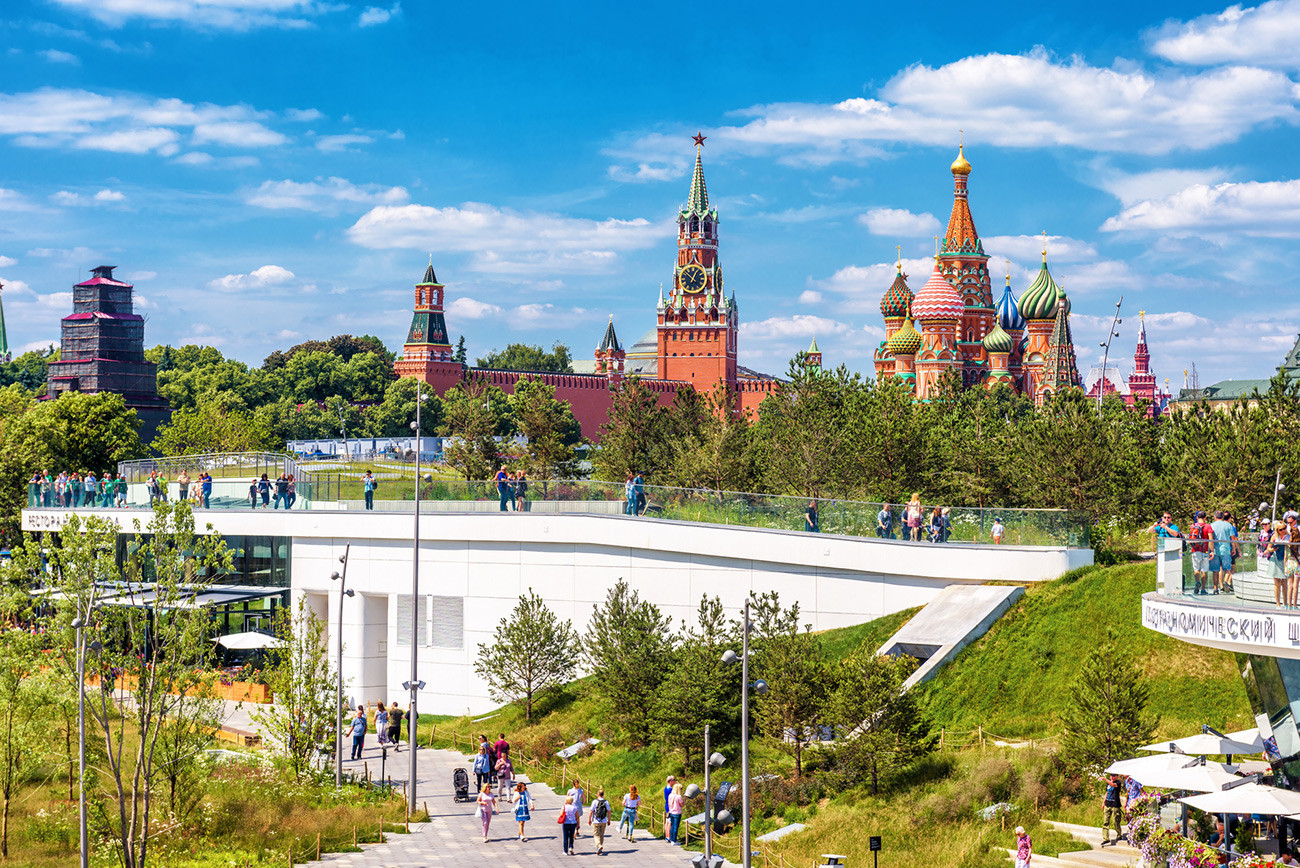 This hotel complex was located on Tverskaya Street between 1970 and 2002, on the spot where the luxurious Ritz-Carlton Moscow now stands. The 22-storey post-war modernist style building was the tallest reinforced concrete structure in the capital at the time, and for a while, a symbol of Soviet chic. Some even called it the “Moscow Seagram”, noting its resemblance to New York's Seagram Building. 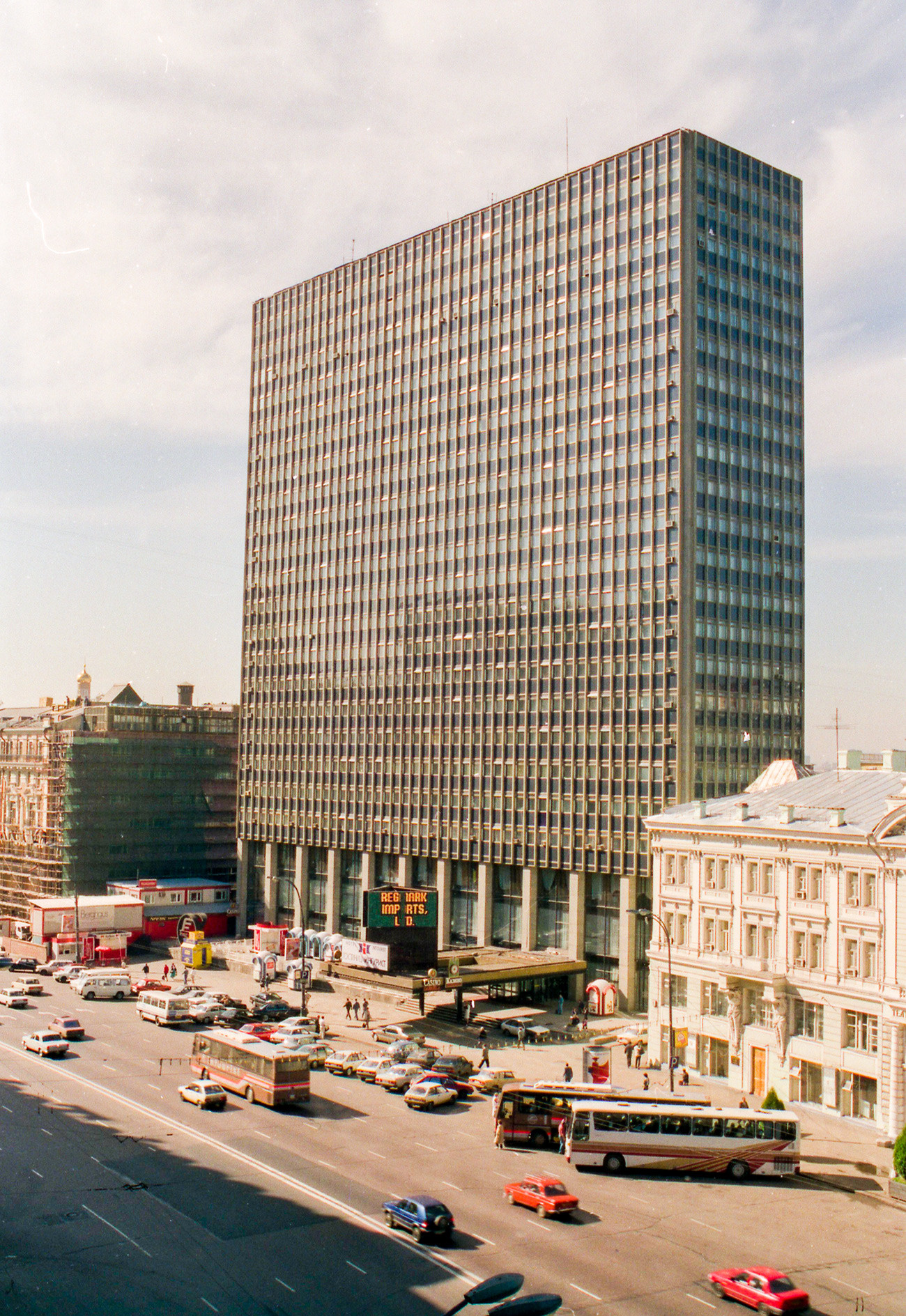 In actual fact, the Intourist very quickly turned into a center for black marketeering and prostitution for hard currency. Since the hotel's guests were foreigners, it became the place where fartsovshchiks - people illegally trading foreign goods banned in the USSR - congregated. You could buy, for instance, Marlboro cigarettes from fartsovshchiks and even plastic bags with the Marlboro logo, which were also in demand. Fartsovshchiks got their wares either from foreigners or from tour guides and hotel personnel, and in return gave foreigners caviar and salmon roe, Soviet vodka and brandy, and souvenirs. Badges with Soviet or Olympic symbols were particularly popular. 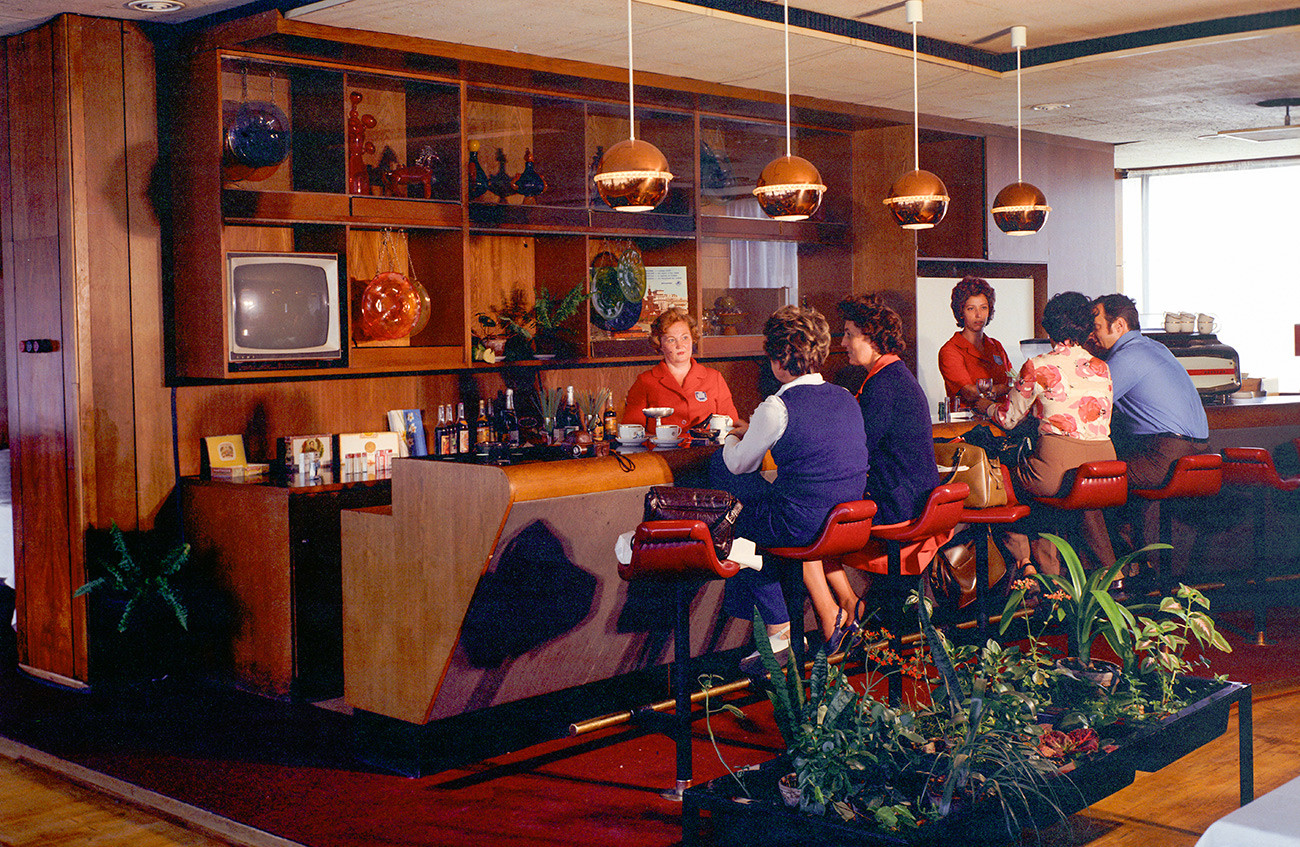 All this took place in the “elite” hotel under the watchful eyes of the KGB, which recruited Intourist personnel to spy on hotel guests. Incidentally, people who were given jobs at the Intourist, had to go through the most thorough selection and lengthy vetting process, as if they were applying for a job not in a hotel, but with the KGB. In fact, in its set-up, the Intourist was more reminiscent of a restricted-access classified facility than a respectable hotel. 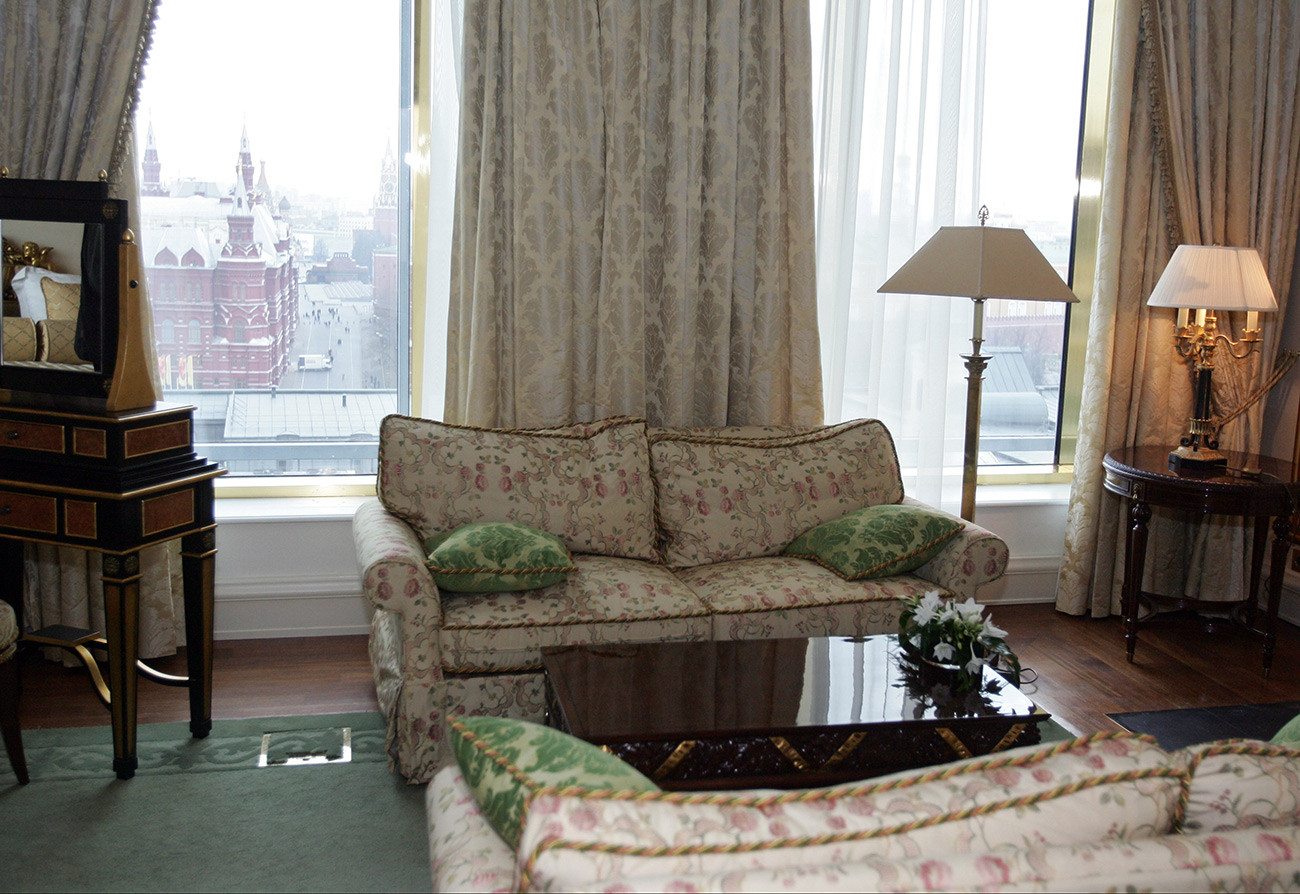 The decline of the Intourist came in the 2000s. In 1999, a blast rocked the 19th floor of the hotel, where commercial firms had their offices. It was classed as a terrorist act. At the same time, then-Moscow mayor Yury Luzhkov compared the Intourist to a “rotten tooth” which the city should get rid of as quickly as possible.

It was the seventh and last of the Stalinist skyscrapers to be built in Moscow, named in honor of the 300th anniversary of the reunification of Russia and Ukraine. From the start, it was planned to house a hotel in it, and in 1957, the Ukraine was opened to great fanfare. 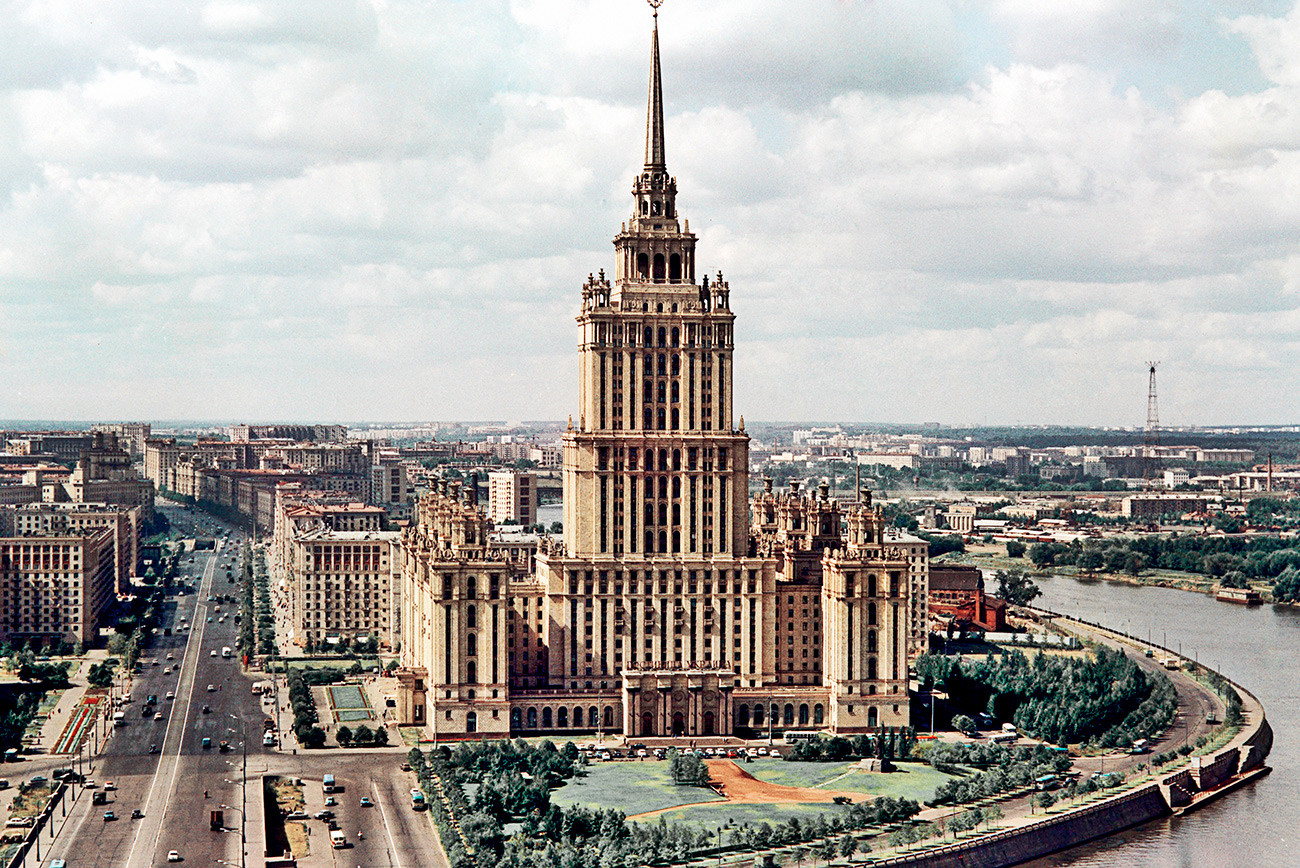 Of course, the prestigious hotel with 1,026 rooms was built to accommodate foreigners. It stood across from the White House. 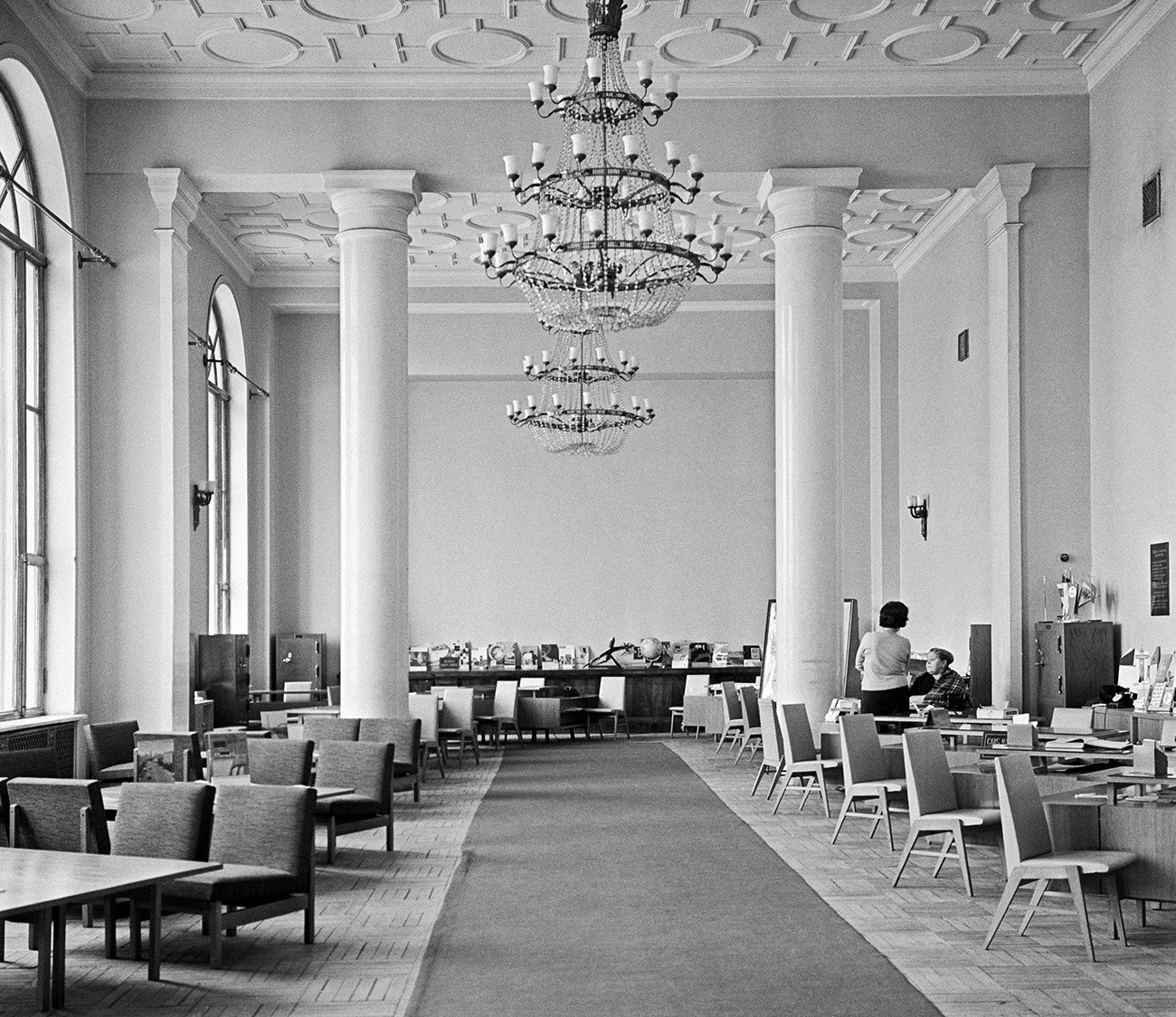 But, like all other hotels of the time, the Ukraine's in-house amenities and services were nothing to write home about. Western rock musicians, who came to the Moscow Music Peace Festival in 1989 were all put up together at the Ukraine, had a lot to say about it later: it had none of the hotel services they were accustomed to, huge rooms with almost no furniture, and toilet paper in short supply. During their stay, David Bryan, Bon Jovi's keyboard player, found a whole room full of people with eavesdropping equipment, while the gloomy deserted hotel corridors reminded Mötley Crüe's drummer Tommy Lee of the movie The Shining and Rachel Bolan, bassist of Skid Row, recalled the absence of a shower curtain in the bathroom and seeing cockroaches scuttling away in different directions when you switched on the light. 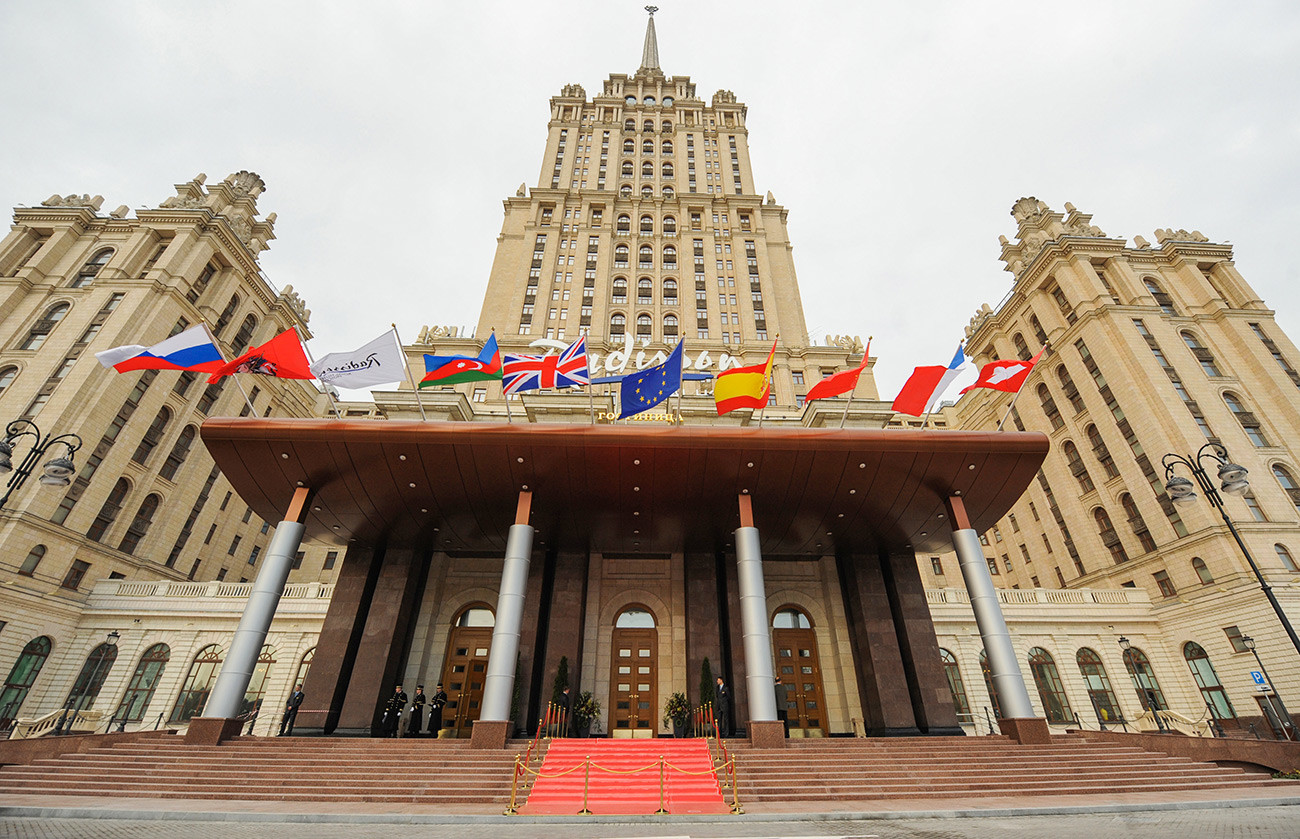 The Ukraine still exists, but it has undergone a radical transformation since then. 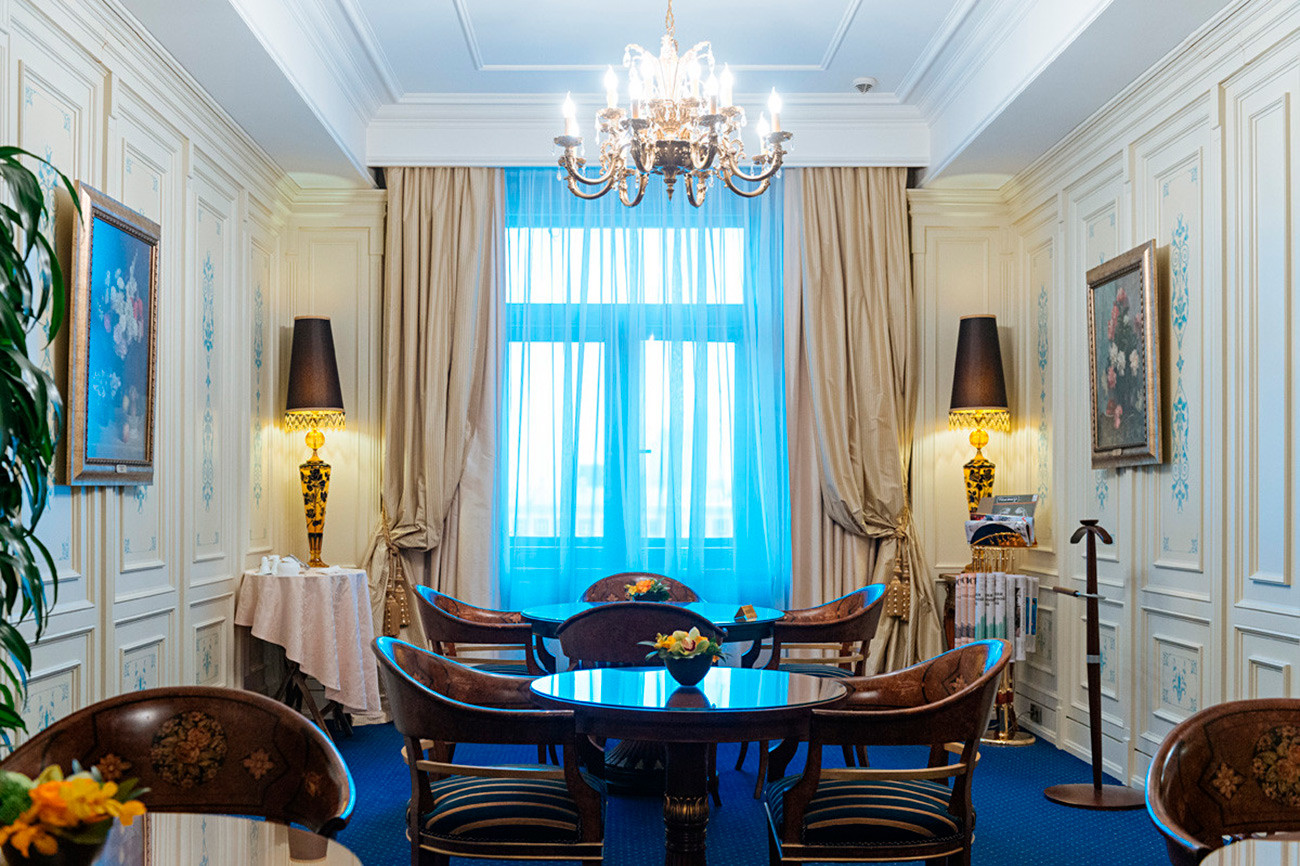 From 2010, it has been the Radisson Royal Hotel Moscow and its 5-star level of service is regarded as among the best in the city. 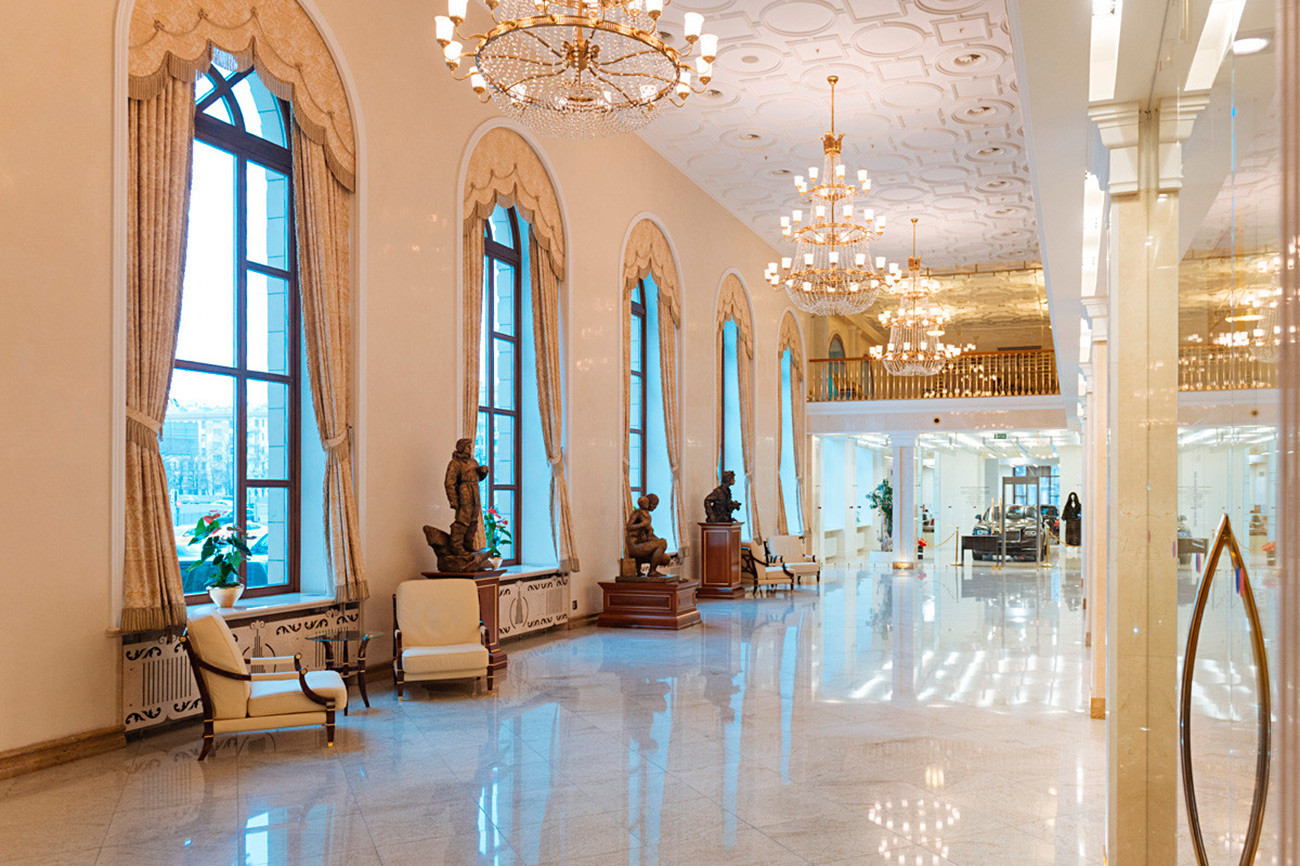 This boomerang-shaped hotel was designed by Soviet and French architects and built to accommodate foreign tourists and delegations during the 1980 Olympic Games in Moscow. It has 25 stories, 1,777 rooms, a concert hall and more than 10 restaurants - it was a city within a city, which in the 1980s everyone wanted to visit at least once. But the Cosmos was not for everyone. 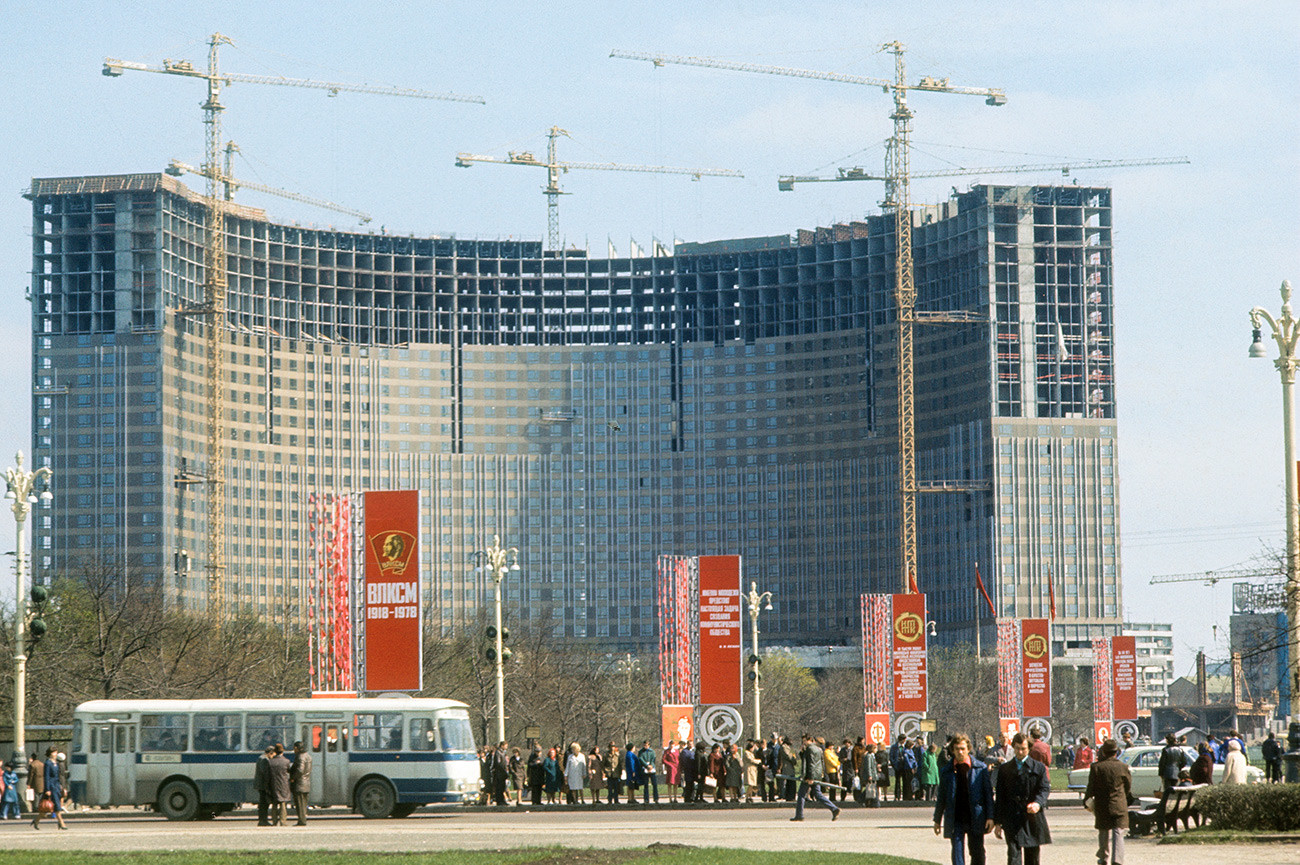 There were only four such “international class hotels” in the whole of the country at the time. A certain number of rooms were always allocated to the KGB, where surveillance equipment was kept and agents were holed up. Apart from foreigners, Soviet officials on business trips were put up there. But ordinary Soviet citizens were always met with the “no vacancies” notice at the reception. 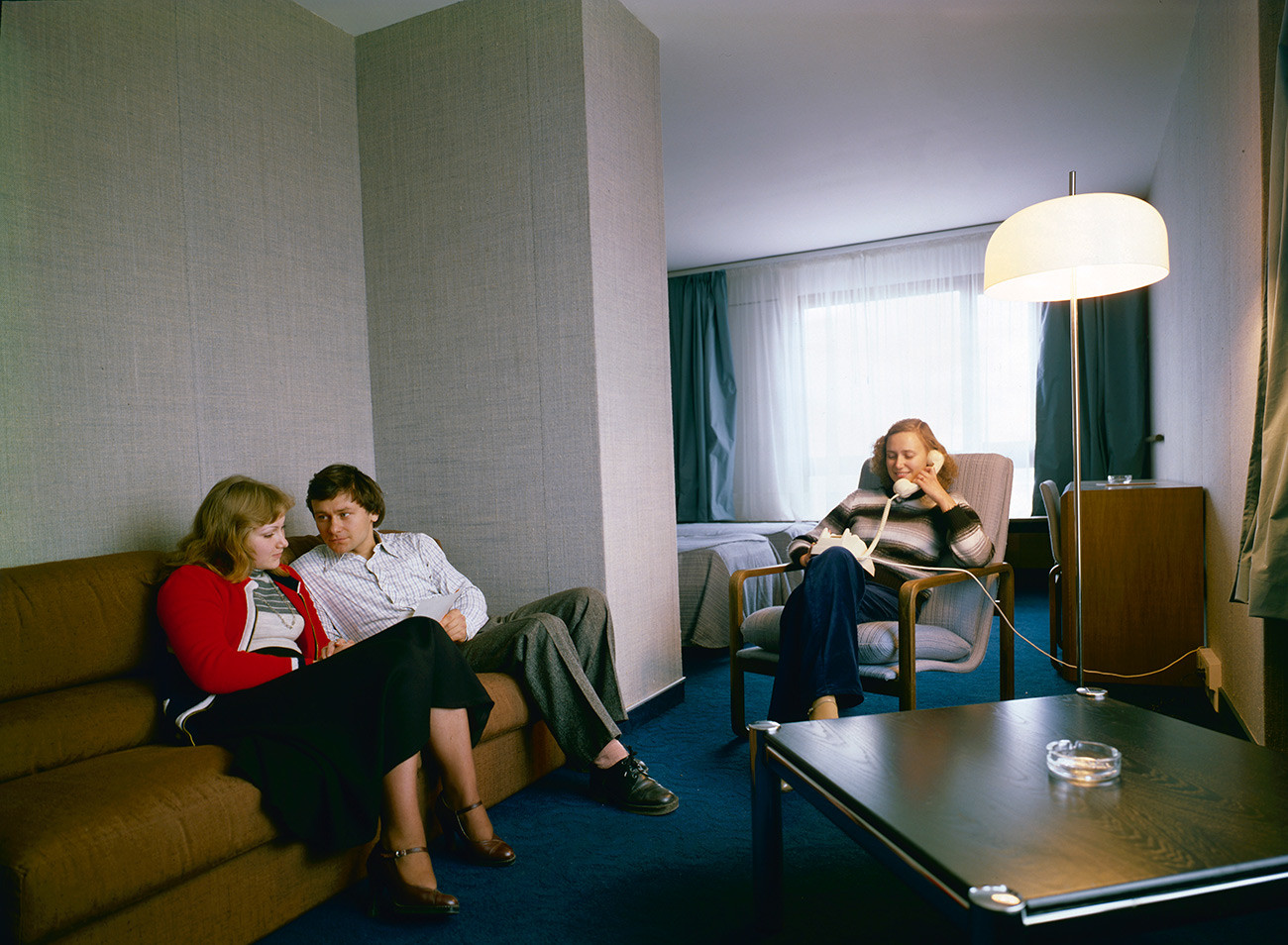 Naturally, the hotel had to prove its status as “international class” and the Cosmos took upon itself to be the most advanced hotel in the whole of the Soviet Union: It had the first buffet-style restaurant in the country, the first room key cards and the first modern double glazed windows. True, the spirit of perestroika also took its toll: “The Cosmos had a concert hall and, to get there, you had to pass rows of cafes, in which passions ran high and black marketeers, opening the lapels of their jackets, would tout ‘cigarettes, pornography or chewing gum’. It was all there,” recalls Russian pop singer Valery Syutkin. 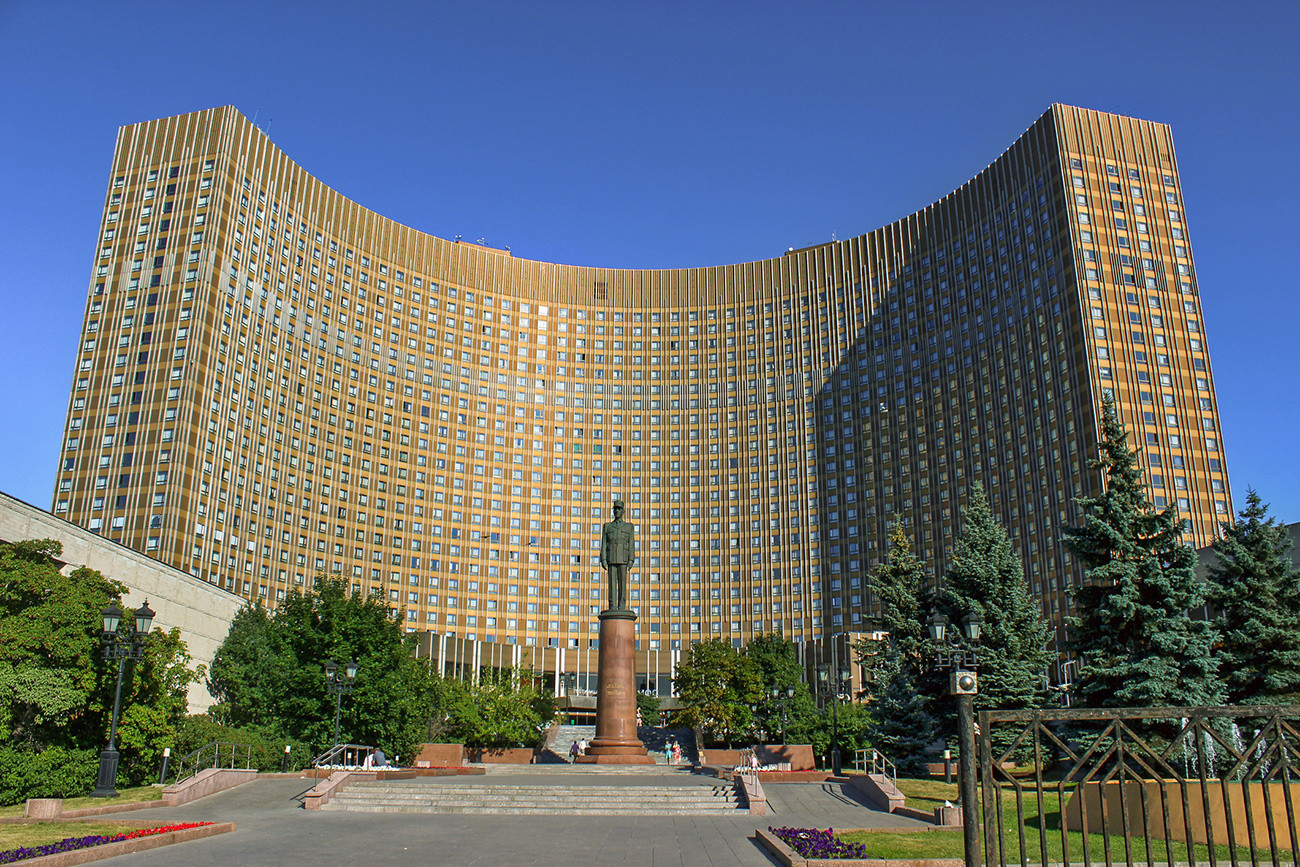 After the disintegration of the USSR, the hotel opened its doors to everyone and reached post-Soviet recognition after it was filmed as the “headquarters” of the Forces of Darkness in Timur Bekmambetov's Night Watch and Day Watch movies. The hotel is still in business - a standard room is 2,950 rubles (ca. $46) a night.