The unwritten rules of Moscow: Part 1 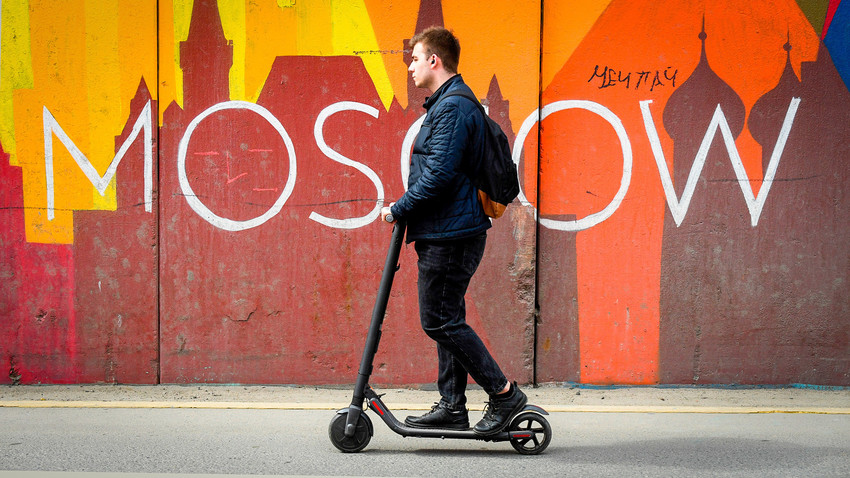 AFP
Like any big city, Moscow has its own rules. But you won’t find them in guidebooks.

When Moscow residents find themselves outside the capital, the first thing they wonder is, why the hell does everyone go so slow? In Moscow, everyone walks quickly, even if in no particular hurry. In Moscow you’ll get tut-tutted (or worse) for slow walking.

2. Live a long way from work

Two hours to work every day? And another two to get home? Yup. And it’s nothing to complain about either. Because as soon as you open your mouth, there’ll be someone whose journey is even more epic. And their incinerating gaze will burn a hole in your head.

Renting an apartment near the office is usually not considered an option. In Moscow everyone is obsessed with the idea of ​​having their own apartment, even if they have to pay a mortgage for 20 years and spend four hours in the car every day. But all the affordable apartments are far beyond the center. Spend even more on a rented apartment? No thanks.

Because they’re all swindlers or linked to the mafia. They have their own hangouts and gang leaders, and earn more a day than you do in a week. The exception is drunks. They are not mafia, but simply feeding (or wetting) their habit. You can show sympathy.

The Moscow Metro is magnificent in many ways, but has one major problem — people. Hatred for fellow passengers grows in proportion to the number of stations traveled. Forget about personal space and clean shoes. The subway brings out the very worst in many, and you’ll need the patience of several saints not to get too psycho yourself.

5. Brace yourself for the winter apocalypse

Because when snow falls, communal services fail. Cold weather (in Russia? Who’d a thunk it?) always takes them by surprise. One survival tip is to keep a shovel in the car for digging out of snowdrifts in the morning and again after work.

6. Don’t eat meat on the street

Or eat shawarma/doner kebabs only in trusted places. Otherwise it’s a food-poisoning version of Russian roulette. If you do fall ill, no one will bat an eyelid. Especially if you were smart enough to gobble it down at a train station.

7. Take off your backpack

In a full subway car or any crowded place, a backpack is about as welcome as a fart in a spacesuit, so to speak. It blocks everyone’s path and crushes people in the back/face. If you don’t take it off, we will all hate you, and some babushka will give you a tongue-lashing. Don’t be that guy.

The Moscow Ring Road (MKAD) is an unofficial border and class dividing line. Everything inside its radius is the “real” Moscow; everything beyond is boring and provincial. Residents of the center do not like residents of Zamkadye, and vice versa. It’s class warfare.

Note: this does not apply to prestigious suburban settlements located beyond MKAD. These are “branches” of the center.

They offer absolute zilch. Except, of course, for expensive (and tasteless) food, strange basement taverns, and lots of pickpockets and souvenir shops selling Chinese junk. Nikolskaya Street, Old Arbat — avoid like the plague!

Whatever you need in the middle of the night — flowers, food, gym workout, manicure — in this city you can find it. Just google.

Moscow residents are disciplined white-collar workers (most of the time). They work hard and play even harder when the week’s over, which means Friday night. On Saturday, far fewer people hang out, and even then they tend to be tourists. Sunday is a rotten day — everyone’s already thinking about Monday morning and trying to catch up on sleep.

12. Hold the door open for people behind

You should hold the door open at the subway exit if someone is behind you, even if you’re in a hurry. First, the door is heavy and can hit someone in the face; second, Muscovites are polite. They may be a-holes in other aspects, but door-holding is a matter of principle.

Everyone in Moscow is busy, everyone has plans for the week ahead. If you want to meet up, ask early. Especially for Fridays, when people get booked up days or weeks before.

14. Have a business lunch

Moscow office workers love lunch at nearby cafes and restaurants. So any half-decent place will have a lunch menu with a tasty discount.

15. Get to the subway 5 minutes before rush hour

The subway again. Muscovites know when rush hour starts to the second — you can set your watch by it. On workday evenings, if you don’t get there by 5.55pm on the dot, you’ll encounter a scene from a zombie apocalypse, only far more terrifying. Even a mere verbal description of this subterranean horror would curdle the blood. Suffice to say that if you want to preserve a modicum of human dignity, wait until at least 7pm (often much later) or knock off work a few minutes early.

Rents in Moscow are high, so this question is relevant to all and pops up often in conversation, regardless of degree of acquaintance. First you’ll be asked where you live, then how much you pay for your square meters. If the price is good and it’s not a so-called “babushka’s variant” (i.e. old Soviet-style interior, carpets on the wall, etc.), you will see admiration mixed with envy flickering in the eye of the questioner.