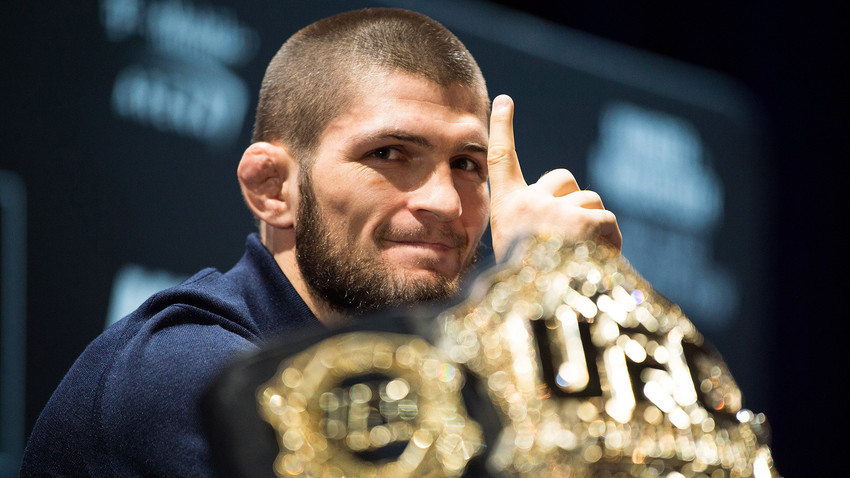 Getty Images
Khabib Nurmagomedov earns at least $550,000 for every minute he fights. But that’s just the tip of the iceberg of the Russian’s earnings.

In 2012, Khabib Nurmagomedov entered the UFC (Ultimate Fighting Championship) octagon cage for the first time. Now, seven years later, he leads the Forbes list of Russia's wealthiest show business and sports stars. Only in the past year, the fighter earned $11.5 million. Let's have a look at how he has converted his personality and fame into money.

For his first fight “The Eagle” from Dagestan received $16,000. By mixed martial arts standards, it was barely enough to recoup the money spent on his preparation for the fight: At the beginning of his stellar career, most of Khabib’s money - between $10,000 and $15,000 - went just on preparation, and it was the least he could have spent.

His sixth victory in April 2014 already brought Nurmagomedov $64,000, and four years later, he had the most lucrative fight in UFC history. For his victory over Conor McGregor he received $2 million and, in total, including a share of the revenue from broadcasting rights, he made over $10 million from it: The broadcast of the fight with the Irishman sold seven times better than his fight with American Al Iaquinta, in which Khabib became champion. 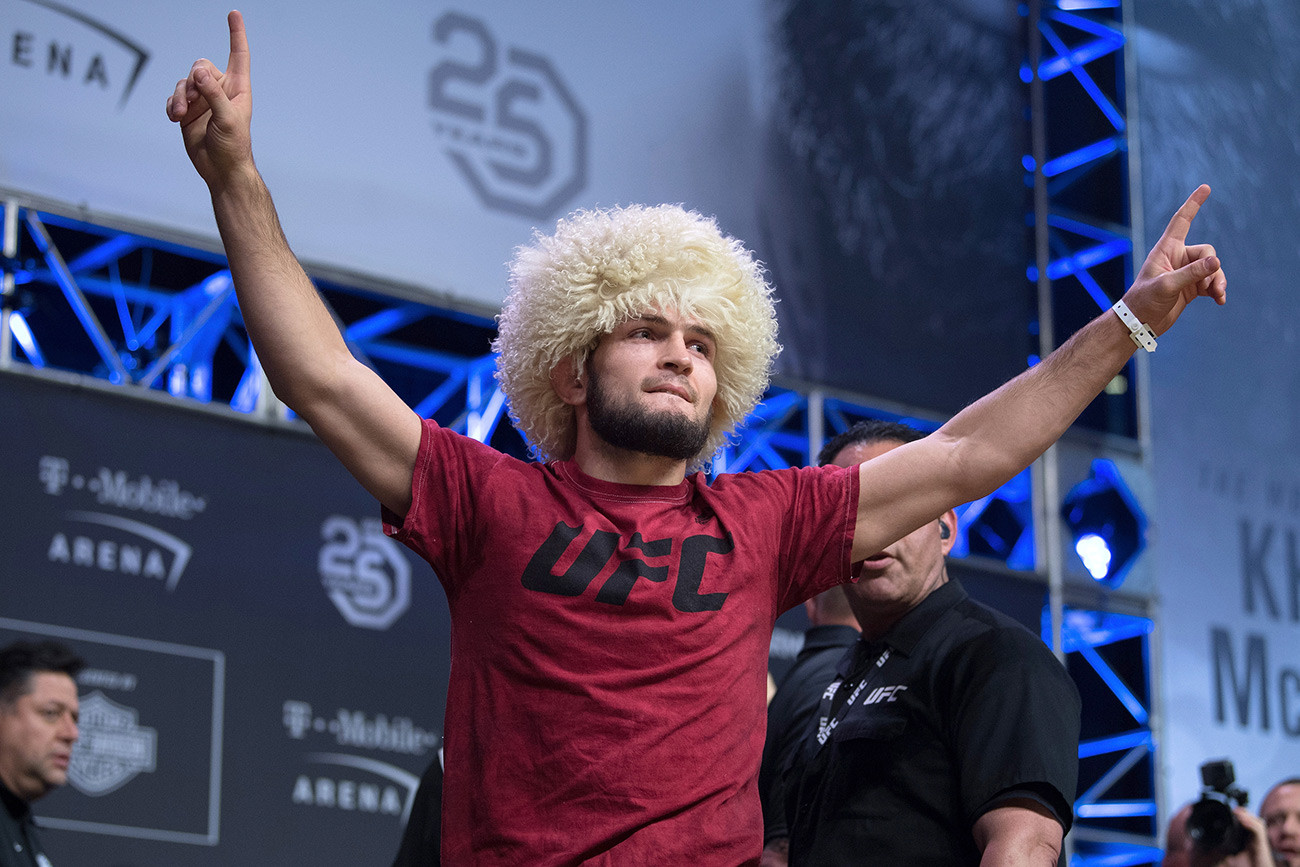 According to his manager, Rizvan Magomedov, the fighter was paid three and a half times more for his bout with Dustin Poirier than for the Conor McGregor fight. More money now goes into preparation too: “Flights, nutritionists, hotels, meals and coaches - I think it comes to about $40,000,” Nurmagomedov once said. It is still a drop in the ocean, because Khabib makes money not merely from his fights. 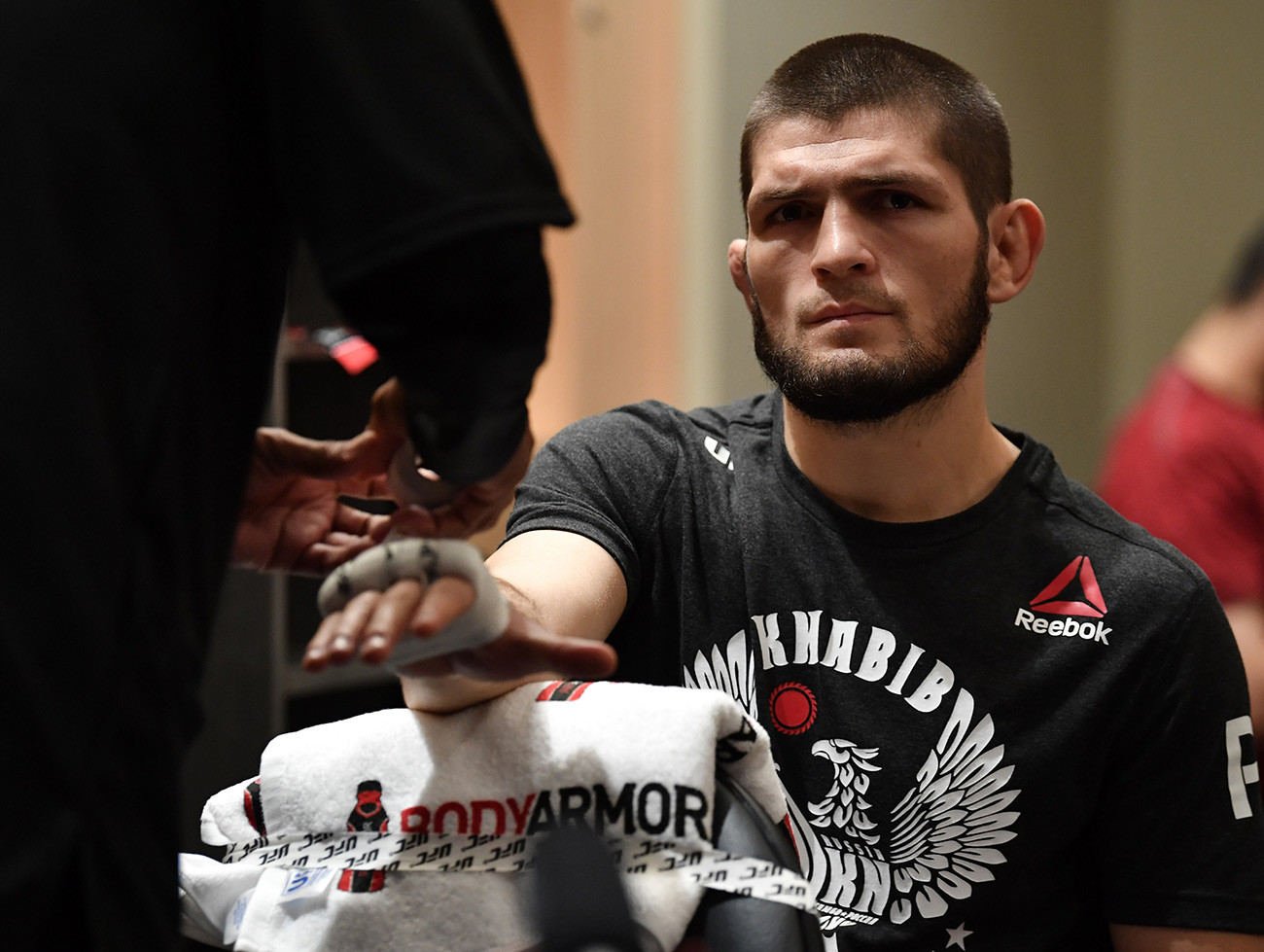 For many years, Khabib has been working with the Reebok sports brand. Following a series of bad injuries in 2014, Nurmagomedov didn't participate in any fights for 17 months - the sportswear contract, plus the Eagles MMA club and MMA promotion, were his only earnings. In 2019, the fighter extended his contract with Reebok for three more years and, in the same year, signed a deal with Toyota. The total amount of the two deals has not been disclosed. 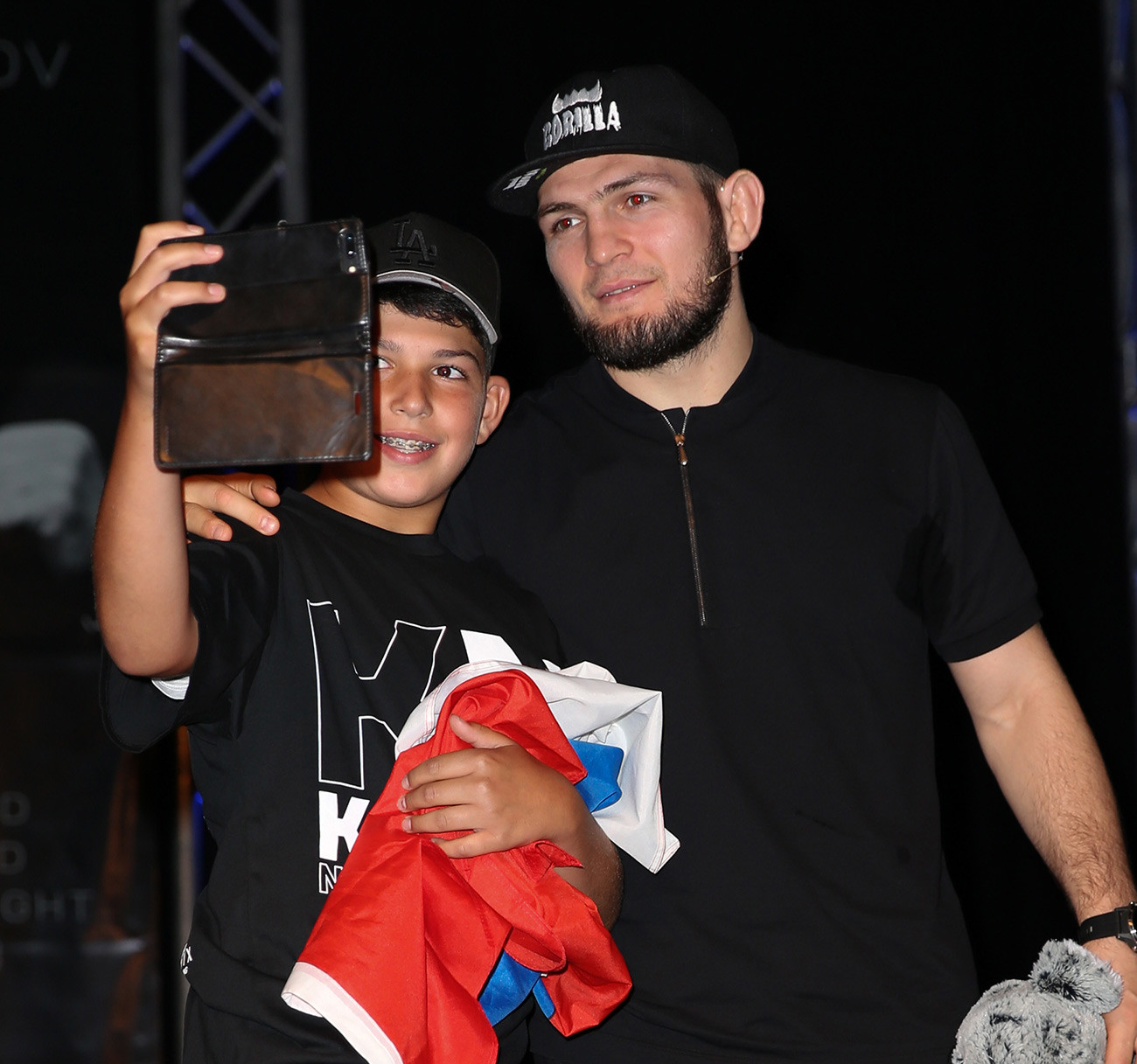 The UFC has its own official drink - Monster Energy. According to Forbes, the brand was very keen to sign a contract with Khabib, a role model for young people, who are the drink's target audience. But instead, the Dagestani fighter preferred the Gorilla Energy Drink. In Russia, it is produced by the Moscow Brewing Company. In 2018, Khabib signed a three-year contract with them, worth over $1 million. Also, since 2019, Gorilla has been holding its own MMA tournaments in which Nurmagomedov's fellow club members take part.

Khabib is also the face of two brands from former CIS countries: The producer of Alhadaya black cumin oil from Kazakhstan and the SalamPay money transfer service. Recently, the fighter started making money from Instagram. In 2019, 40 advertisements have been posted on his account, including one about black cumin. According to some reports, a single ad on Khabib's account costs at least 300,000 rubles ($4,700). For an interview with the Rossiya-24 TV channel he turned up wearing a T-shirt advertising SalamPay. According to the payment system’s website, the brand has a halal certificate and has passed “sharia vetting”. 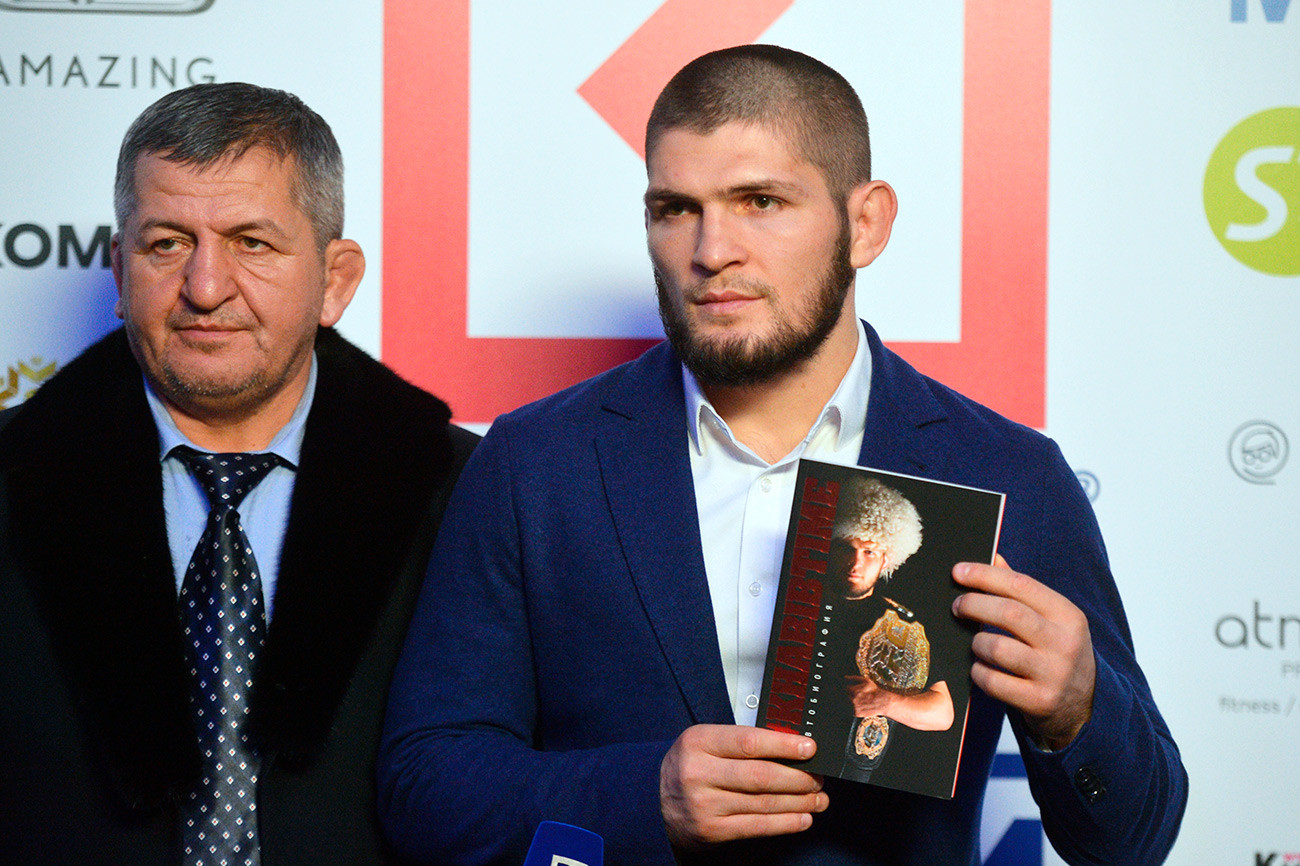 Admittedly, Khabib accepts far from all offers that come his way. His “black list” includes betting firms, alcohol and cigarettes. "I turn these down straight away," he says. Recently, two Russian publishing houses - Eksmo and Alpina - ended up on the list as well. To publish Khabib's autobiography, they offered him only 150,000 rubles ($2,347) plus 15-percent royalties on sales in exchange for the transfer of all rights and a screen adaptation. So, Khabib and his co-author, Zaur Kurbanov, decided to publish the book independently. The total print run is 60,000 copies. The book KHABIBTIME came out in Russian in December 2018, and its English and Turkish editions are in the pipeline.

His own business ventures & master classes

The list of all of Khabib's other earnings includes the Eagles MMA club, mentioned above, in which Khabib's father is the chief coach and of which Khabib is president; and a martial arts center named after Khabib, in which he is a co-founder. As an individual entrepreneur, Khabib owns several trademarks bearing his name. Under one of them, KHABIBGYM, he conducts a wholesale clothing and footwear business. He called the company in honour of his native village - Sildi. Also, the fighter plans to open Khabib gyms in London, Abu-Dhabi, Dubai and Moscow.

And, finally, there are the master classes and lectures. For instance, for addressing the Synergy business forum in 2018, he allegedly received between $60,000 and $70,000. To the people who paid 15,000 rubles and more for a ticket, he gave three pieces of advice on how to be successful in business: “First, have faith in the Almighty. Second, work hard. And third, have perseverance.”