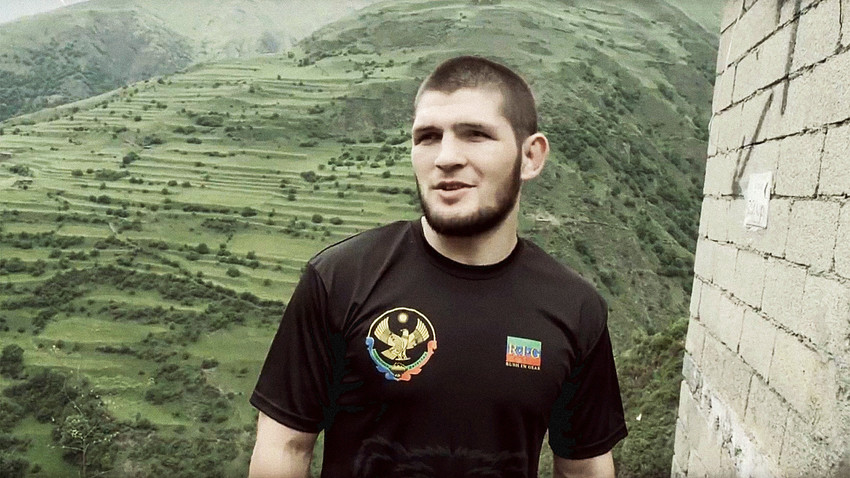 Anatomy of a Fighter
Answer: In a mountainside house far from civilization with views to die for.

The home of perhaps the most famous Russian pugilist Khabib Nurmagomedov looks no different to the several dozen neighboring ones. And exactly the same as it did many years ago, before the frenzy of UFC fame. No fancy interiors or high fences at all.

No internet, no phone either

Nurmagomedov was born in the high-mountain Dagestani village of Sildi, located near the border with the Chechen Republic. The road in winds through rivers and mountain ranges; the nearest urban center is around 40 km away.

The village is said to have stood on this spot for at least 500 years. Today it is home to just 220 people, who mainly farm the land and breed cattle. The 1990s saw mass migration from Sildi to the lowland region of Kizilyurt, where land, work, and infrastructure were on offer. “What is there here? My father worked as a teacher in Sildi in the 1930s. He said that back then mainly adults went to the local school. My father asked one of them: ‘What’s five plus five?’ The guy didn’t know,” one local recalls. 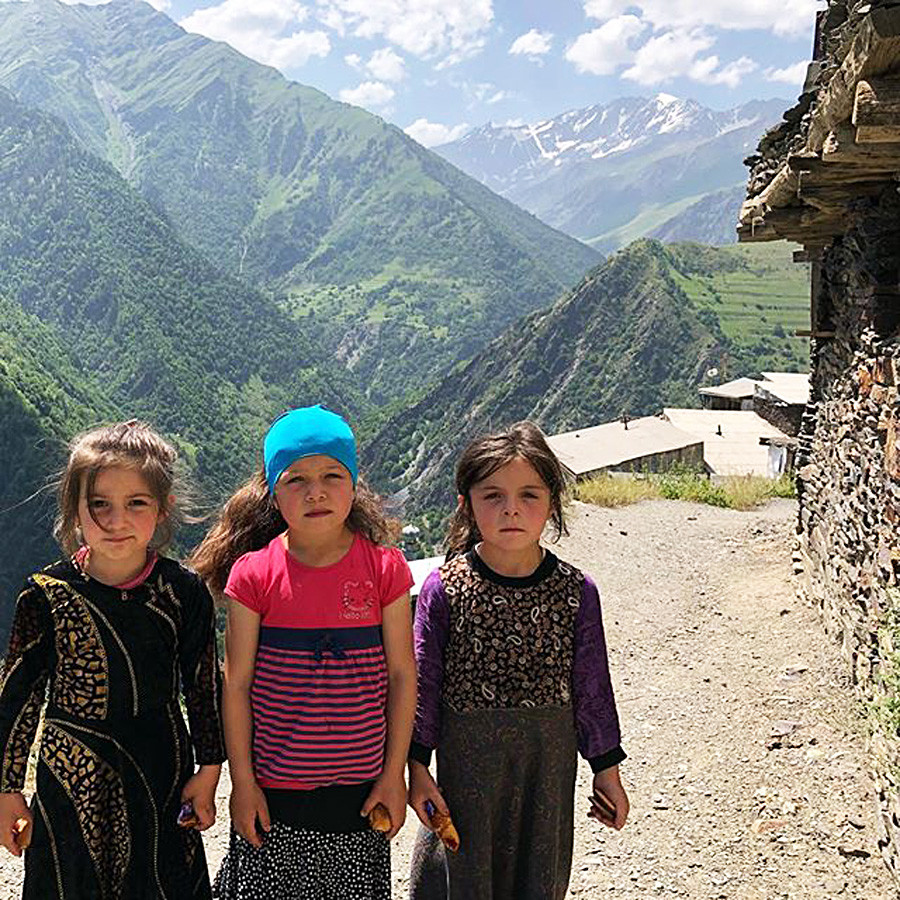 The school and the mosque are almost everything that Sildi has to offer. There is no hospital, kindergarten, Internet, or decent telephone service — sometimes it’s possible to pick up a signal in the school, which is located at the highest point of the village. There is no store either. For the carless, a Kamaz truck delivers food once a month: flour, sugar, rice, pasta. 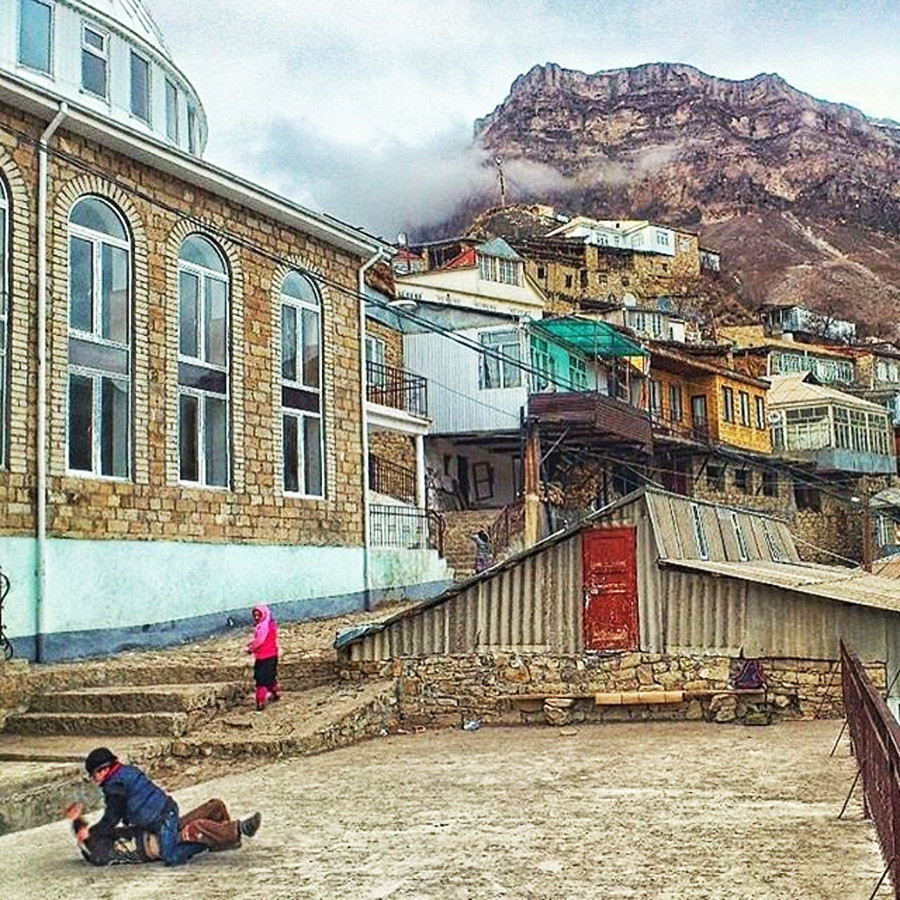 The only thing the place is famous for is Khabib and his father/trainer Abdulmanap (as well as Khabib’s wife). After the fighter’s numerous UFC victories, Sildi became a cult place for fans. Visitors to the village are greeted by a billboard with a photograph of Khabib and the words “Welcome to Eagle Land!” In 2020 the Dagestani authories plan to build a hotel and spa center here; meanwhile, locals give tours of the place the champ calls home. 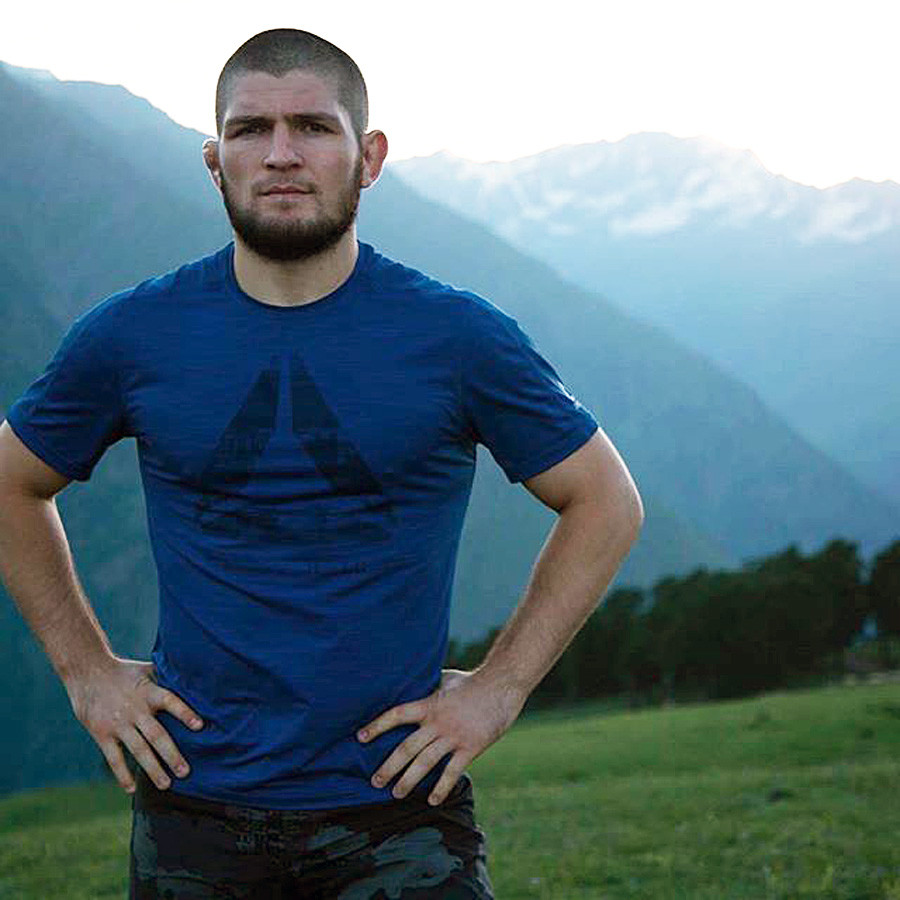 The house of Khabib Nurmagomedov is located on, yes, Nurmagomedov Street. However, it was not named after the UFC fighter, but his uncle Nurmagomed Nurmagomedov, who was a sambo world champion in the 1990s. Khabib’s house is no different to any other in the village.

The only chic thing about it is the view from the window overlooking the mountains. According to the regional publication This is the Caucasus, the house has two small rooms with an ottoman and beds, a pantry with an old refrigerator, and a tiny kitchen. Hanging on one nail in the wall is a string of beads, and on another is a bag with a copy of the Koran. A worn carpet adorns the floor. There is a TV, but it doesn’t work — the tuner got struck by lightning.

Khabib’s family were among the majority who left the village in the 1990s, but they kept possession of the house. His grandfather lived there for a while, before moving down to the plain, and after that it was used by numerous relatives and Khabib himself when visiting the village.

From Makhachkala to San Jose

Khabib now lives predominantly in two cities and two countries: in the capital of Dagestan, Makhachkala (1,914 km south of Moscow), where he has a wife and children, and in San Jose, California, where he trains at the American Kickboxing Academy. 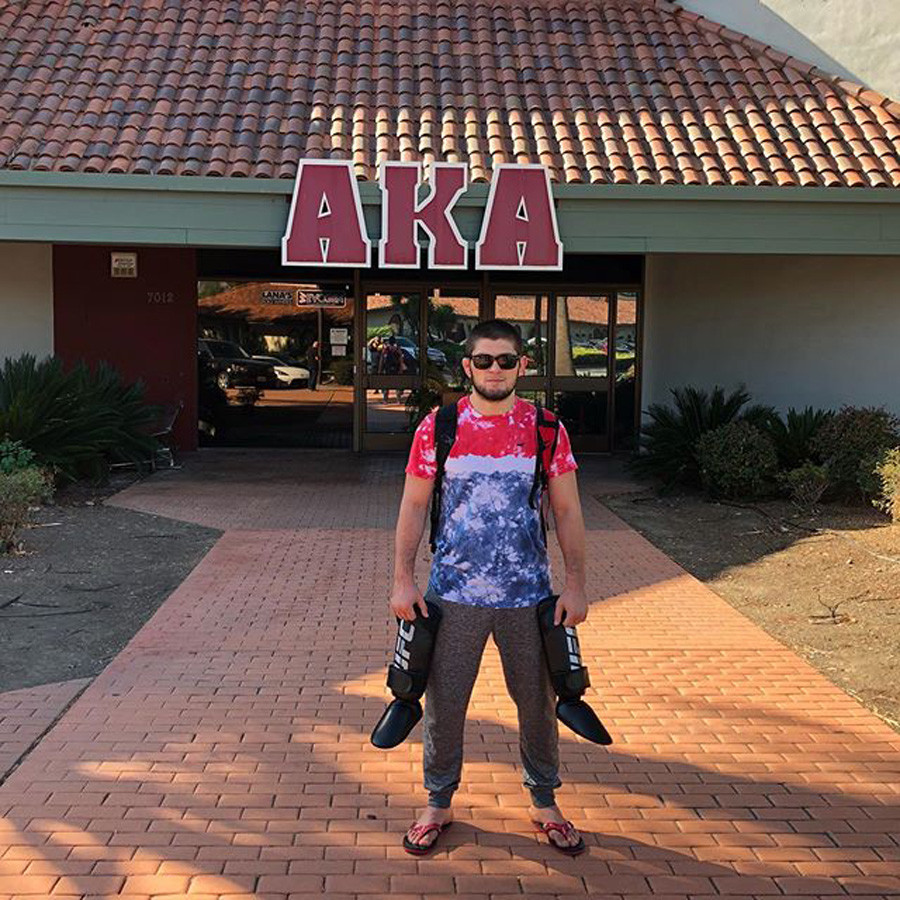 The fighter’s apartment in Makhachkala is in the same block as his father’s. 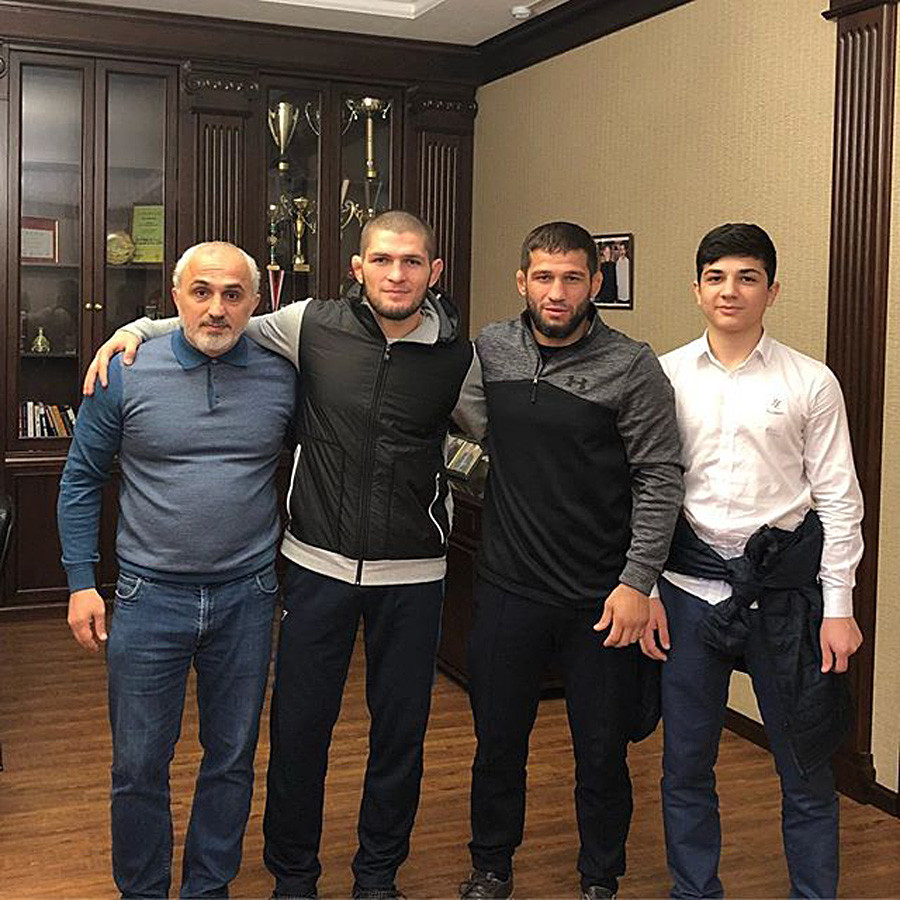 “We’re building our own house, but for now we live in a multi-storey building: I’m on the second storey, he’s on the seventh,” says Abdulmanap Nurmagomed. “We have one yard, and when you go up to the [seventh] storey, there’s a compartment with three doors to the apartment. This is needed because in the morning schoolchildren are always coming to take pictures at the entrance. They write ‘Khabib is champion’ on the walls and stuff like that. Everyone around the yard knows about it. If they see [Khabib] getting in a car, they rush to take pictures. If [he] arrives in the village, they also come running, and bring their children to get a photo of Khabib with them.” 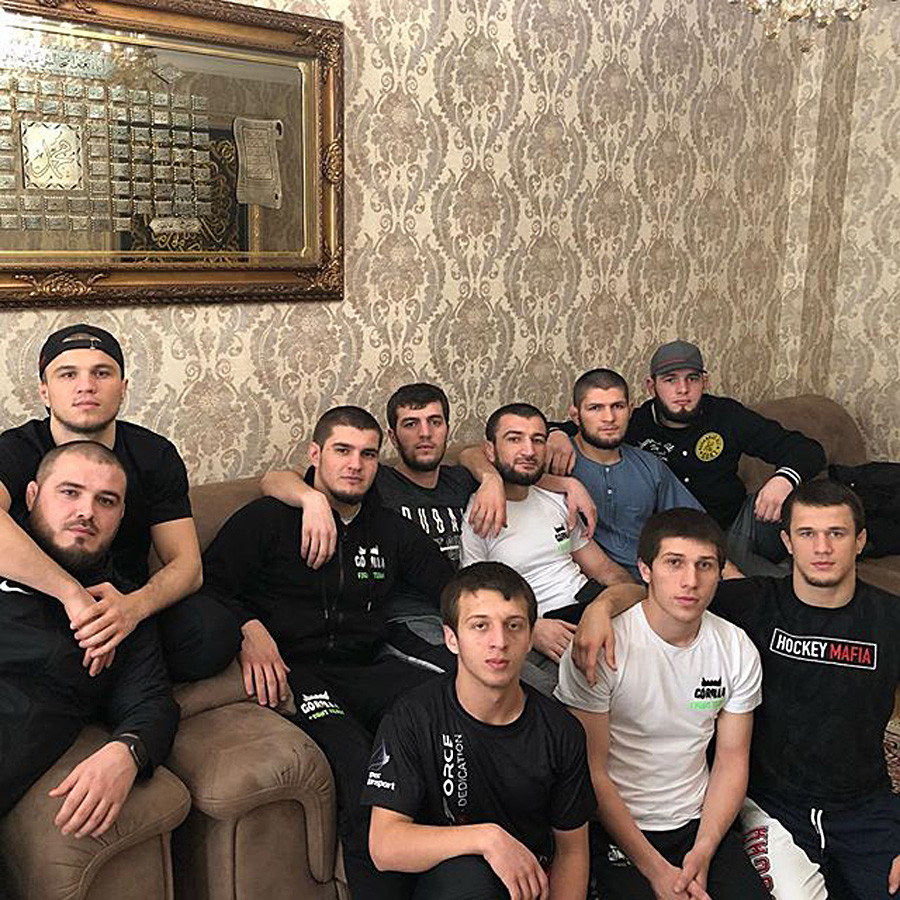 Khabib himself says that he tries to be at home whenever possible, but “willing or not, you grow tired” of such attention: “I don’t even remember the last time I went to the movies. I love hanging out, spending time with friends, but lately it’s been really hard to do.” If proof were needed, just look at what happens in Makhachkala each time he fights. Dagestan doesn’t celebrate New Year that wildly, which is saying something. 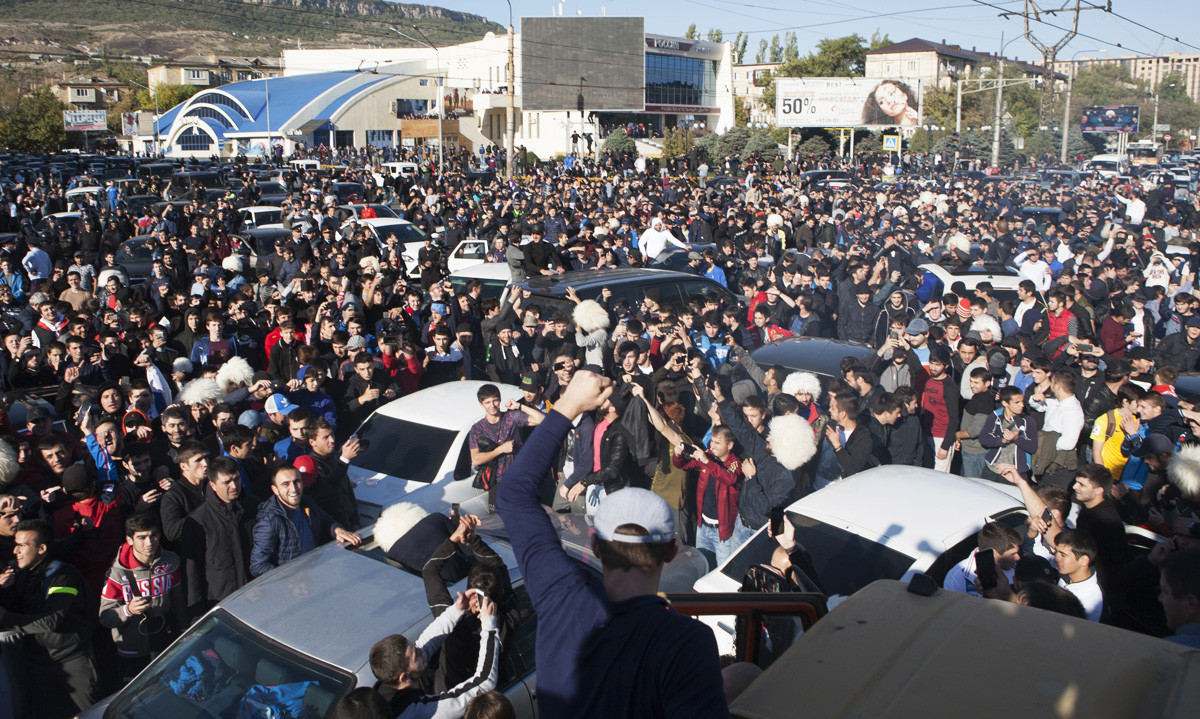