Lifestyle
Yekaterina Sinelschikova
You probably had no idea about these tell-tale signs that let Russians know you are a foreigner. Warning: we find some of these rather bizarre too!

A bar in downtown St. Petersburg. Half its customers are Finnish, British, American, German or French. The other half are Russians. But as soon as someone walks in, barman Kirill Boldonov, with 85-percent accuracy, can tell where they come from. "In the first place, it is the way they walk. Russians seem to have wider shoulders but they stoop. Foreigners are the other way round. Their posture is straight, irrespective of age or whether they have a bag on their back."

In second place, self-confidence. "Foreigners are very confident. Upon entering a bar, the first thing their attention is drawn to is - drum roll, please! - the bar. They know why they are there and don't give a damn which sofa they will park their posteriors on. Unlike Russians," says Kirill.

There is also a "third place" and a "fourth place". It turns out that there are lots of ways in which Russians can spot a foreigner in a crowd. And some of the ways - let's be honest - are rather bizarre. Still, people in Russia believe they work and that, in applying them, they will definitely work out where you come from!

"A Russian won't tie a sweater round his neck!" 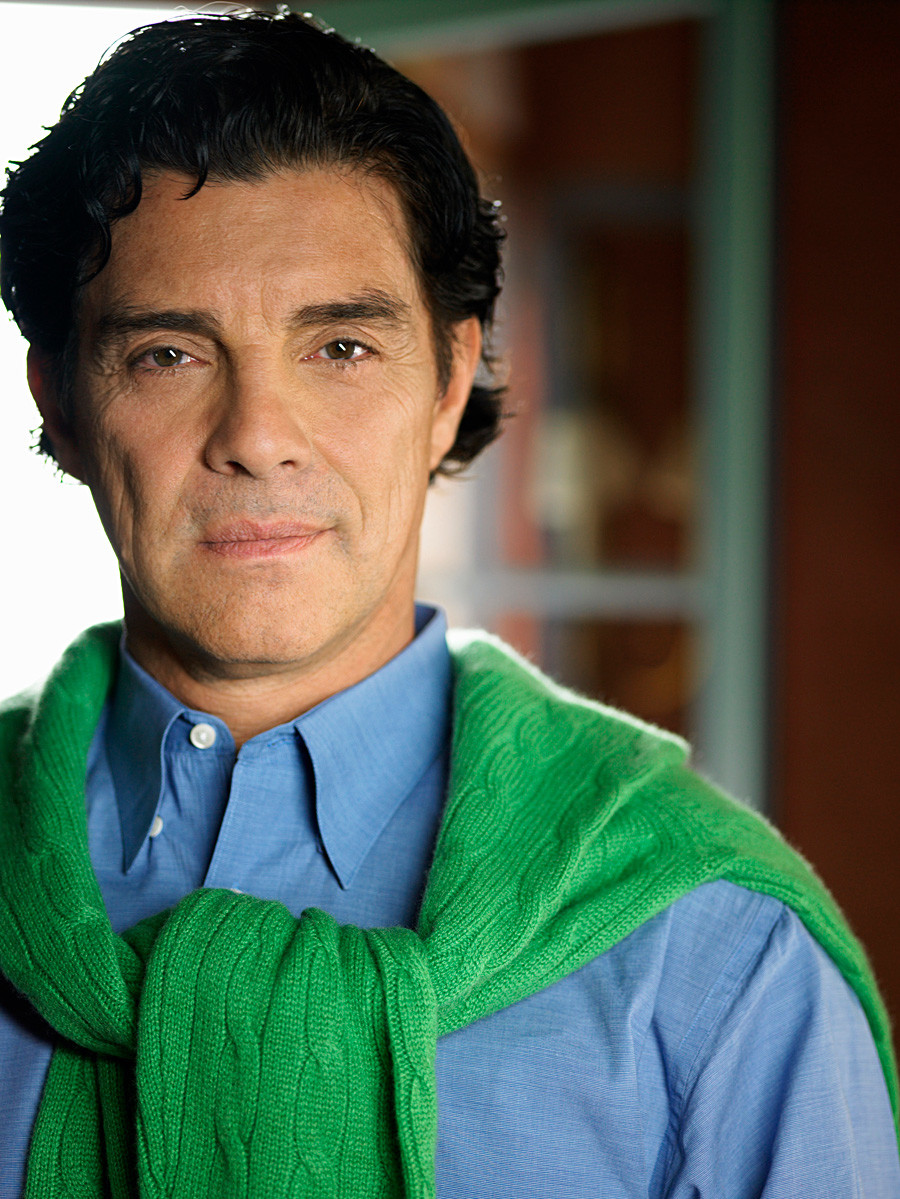 Clothes. They will give you away before you even do anything. As a rule, Russians dress like the average European. But this is exactly why you are most likely to be recognized.

"It is the way people wear their warm clothes. Of course, you won't identify someone from Canada or Sweden in this way, but you’ll quite easily recognize all the others: a hat that does not sit properly, an unbuttoned cardigan under an unbuttoned parka jacket, a scarf worn in a way that won't keep you warm," says Anna Sharlay, a stylist.

"I used to live in France and their men adore scarves - usually expensive ones. And it doesn't matter whether it is cold outside or not," according to Victoria from Moscow. She says Russian men do not wear scarves as an accessory (at least not many do). "As for women, foreign women are better groomed, with white teeth and clear skin, while Russian women are more glamorous - their fingernails can be half a meter long and they can have "inflated" lips - while, at the same time, they often have yellow teeth and poor skin."

If you see a man in a dodgy navy blue parka jacket and baggy jeans fraying at the bottom, he isn’t, no he definitely isn’t a foreigner. He is Russian. "Not so long ago I was walking around Vienna spotting tourists from the former Soviet republics in this way," says marketing expert Artem Manulchenko. Naturally, if you are the exact opposite, a Russian in Russia will notice and decide you are not Russian.

"The main distinctive feature of a foreigner? A backpack. They even take them to the beach. Last time, we had a real laugh at Europeans in Rio - everyone had a backpack. In Copacabana!" says Vlad Aladyin. Yes, men with backpacks are not yet that popular in Russia (unless you go to school or are in IT).

Also, in the opinion of LiveJournal users, "A Russian man won't tie a sweater round his neck!" 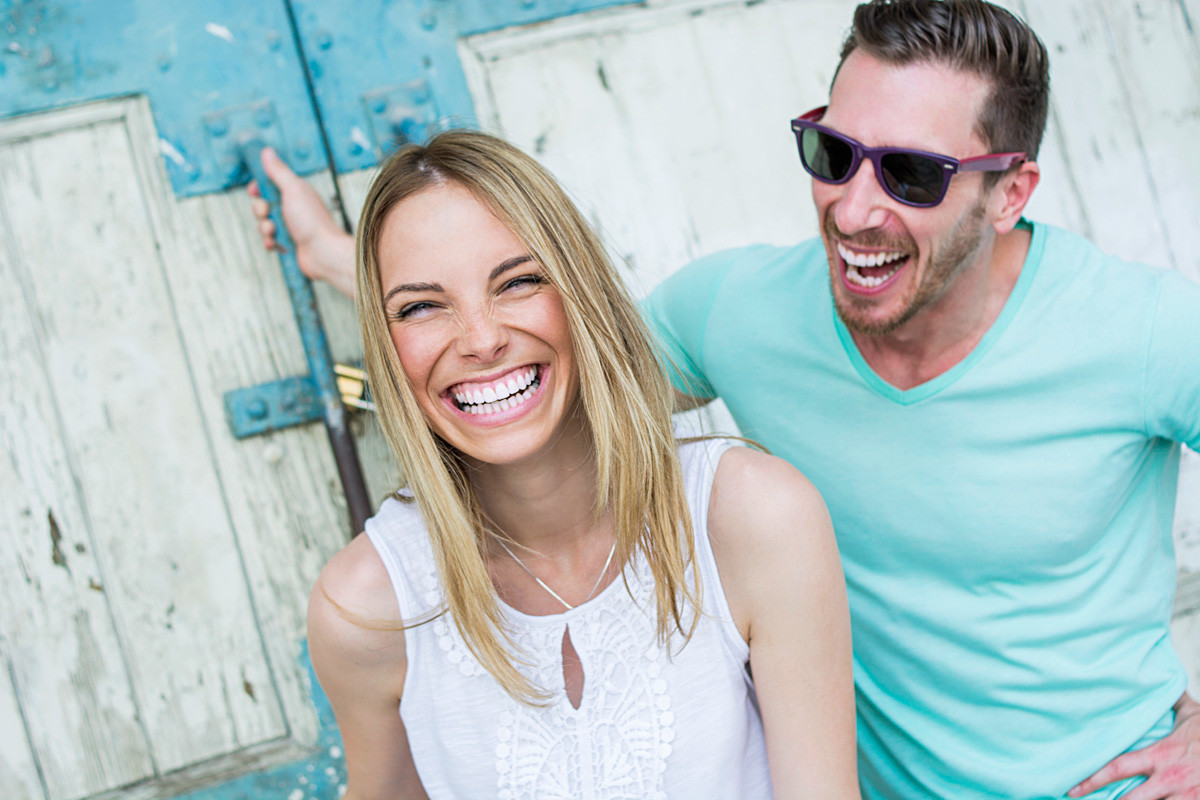 You won't believe it, but Russians really do discuss this. If you ask them "how do you tell someone is a foreigner?", among the answers you get is: "The difference is in the jaw and the alignment of their teeth." There is even a more or less logical explanation. "By tradition, the American school of orthodontics does everything it can to preserve all the patient's teeth, even if there is no space in the jaw. The jaws are widened using all sorts of technical devices so that the teeth can be brought into alignment," says Anna Zhurkovskaya, a photographer. "That is why the average American has a bulkier jaw and a broad smile." In Russia, "superfluous" teeth are extracted if they start to get in each other's way. As far as occlusal balancing is concerned, it's not something that many Russians go in for (because dental braces are so expensive).

"The hallmarks of Europeans and Americans that I notice are: 1. A correct bite and white teeth. 2. They are neatly dressed. 3. They don't hurry. 4. They smile a lot," writes  user YAGR.

Now, about smiling. It's the one single thing that can give you away quicker than clothes or fine teeth. The fact is that Russians don't smile that much. "There is a chasm separating us. I was in Barcelona and travelled to Moscow without a stopover anywhere. It was like going straight from a carnival to a maximum security penal colony. In one place people smile for no particular reason, whereas in Moscow, at the airport, it immediately seems that the lights have been switched off: The faces are grey, distrustful, weary. Is everyone brooding on how they are going to repay their loans?" says Alexander, a freelancer.

Other tell-tale signs of a foreigner - according to Russians 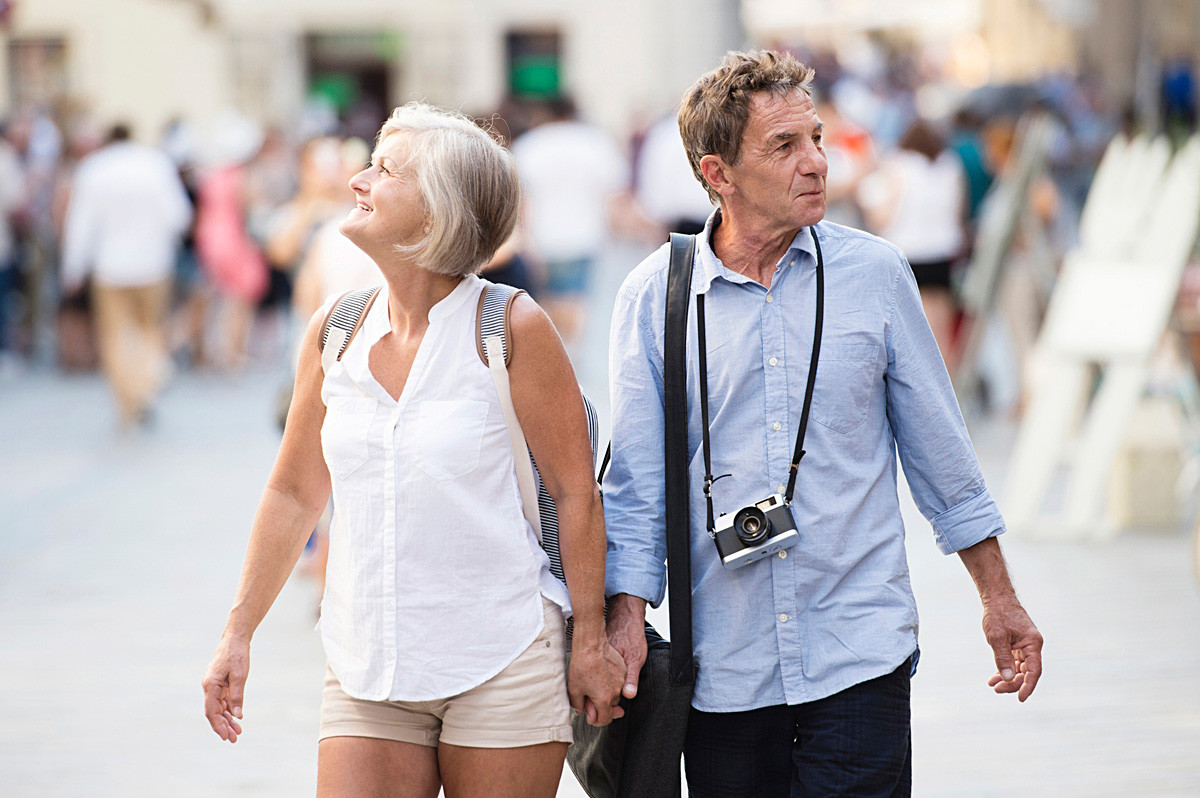 "A highly telling factor if you want to determine if someone is Russian or not is when people's gazes happen to meet in the street. In the overwhelming majority of cases Russians will immediately avert their eyes and pretend that nothing has occurred, while Europeans respond with a good-natured smile and often exchange a few noncommittal phrases," according to Tatiana Sheremetieva, CEO of the Russian-Asian Business Union.

"I have noticed that Europeans, and particularly Americans, often have heads that are more elongated, and bigger in circumference. Slavs have more regular oval heads. And foreigners often wear spectacles, something that citizens of the former USSR find objectionable," says Marat Kagramanov.

"People's skin says a lot about them. Yes, the skin. The complexion and color. I'm not talking about ethnic differences, but people's health. Everyone knows that foreign pensioners look much better than ours. When it comes to facial expressions, milimeters are everything. It's the way people narrow their eyes or turn to look at something, or what they do with their hands. Whatever else anyone might say, I believe they are more at ease than Russians. Russians are more brazen," according to Kirill Boldonov.

"A foreigner will simply look around a lot. How does a Russian walk about his own town? Quickly and minding his step. A foreigner will be interested in everything and will be a little bit childlike," Mila Kudryakova comments.