The embalmed body of the leader of communism still lies on Red Square like a modern-day mummy (minus the bandages). Great or grotesque, whatever your personal view, one thing is indisputable — Lenin's corpse is a people magnet, pulling in around 2.5 million "fans" every year. So if you're one of them, we have a few tips.

The mausoleum is open four days a week: Tuesday, Wednesday, Thursday, Saturday. But only three hours! From 10am till 1pm. The mausoleum website (handily named Lenin.ru) says that visitors are admitted on all these days, but this is not entirely true. 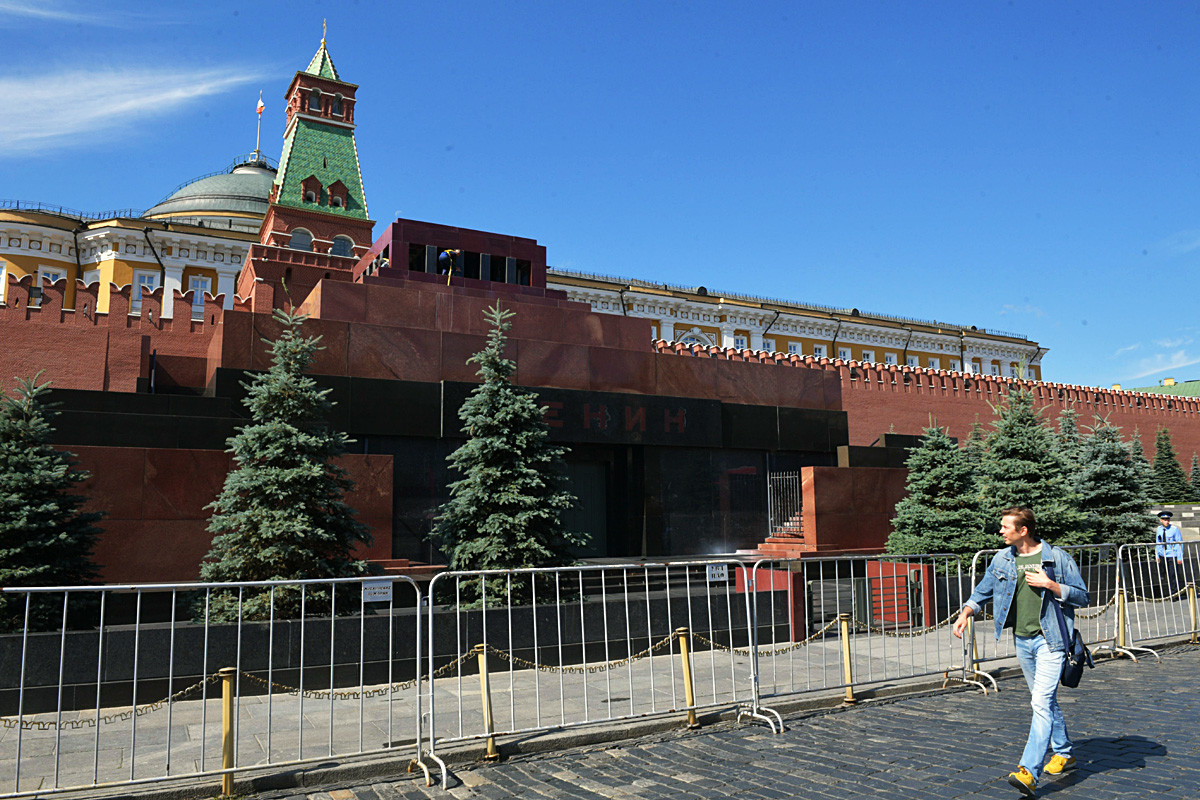 Sometimes the schedule changes due to body treatment, restoration work, or some other reason. “Unfortunately, it’s impossible to see the mausoleum without scaffolding. Every time we go, Spasskaya Tower [festival] is on and there are work platforms everywhere,” says Olga from Irkutsk.

So preparations for festivals, fairs, and parades are one reason why Lenin may be “unavailable.” In the runup to Victory Day on May 9, for more than ten years in a row the mausoleum has been draped with banners and closed for two weeks (no one knows why and rumors abound). As for the above-mentioned Spasskaya Tower festival, it runs from mid-August to early September, which is worth keeping in mind not to share Olga’s disappointment.

But it’s difficult to insure against this, since the mausoleum website is rarely updated. The easiest way is to google it. Media agencies tend to report temporary closures. 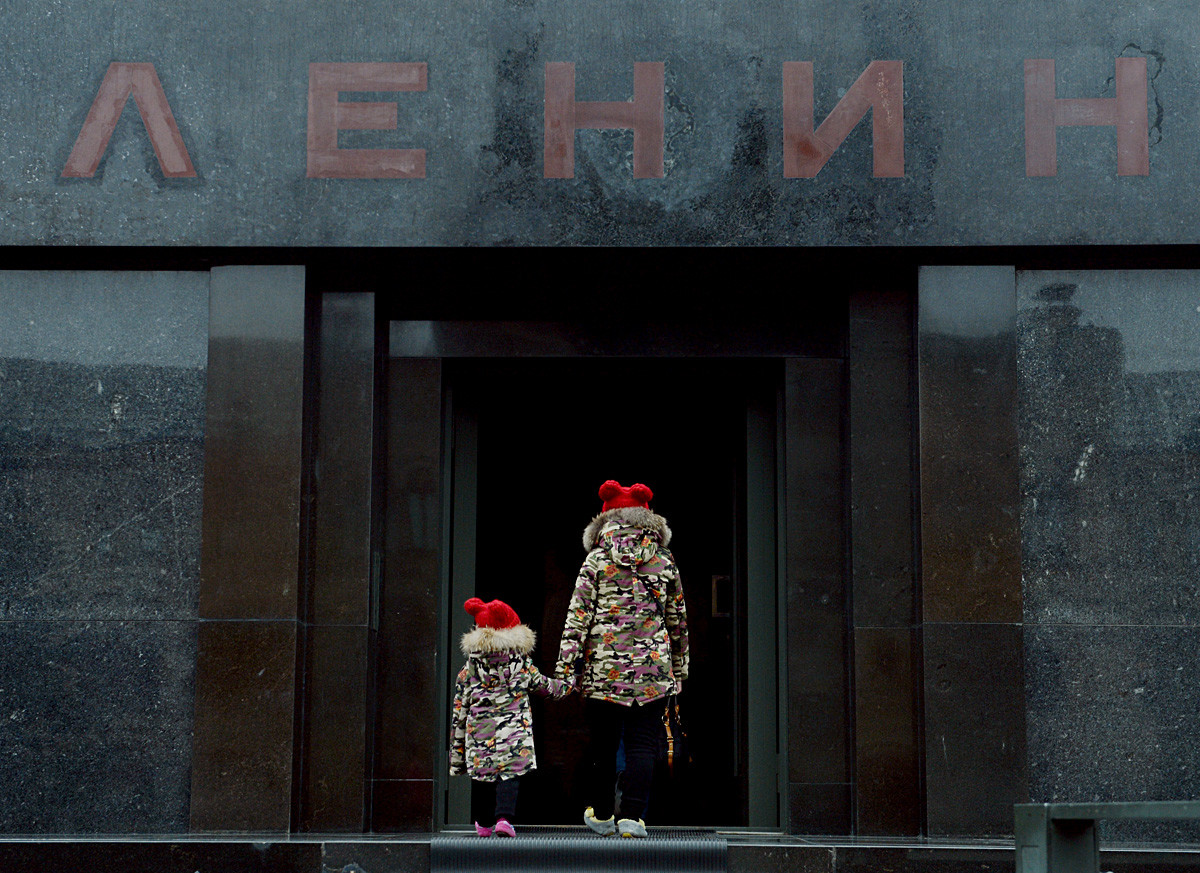 “We made the mistake of walking up close to the tomb only to find out the line already extended down the sidewalk and out into the square, and, running late already, got there right as the tomb opened,” recalls Jessie from Virginia.

Another tip. Confusingly, visitor entry to the mausoleum is not actually via the physical mausoleum entrance, but at Nikolskaya Tower, next to the Historical Museum, where a security checkpoint with metal detectors and inspection of personal belongings awaits. 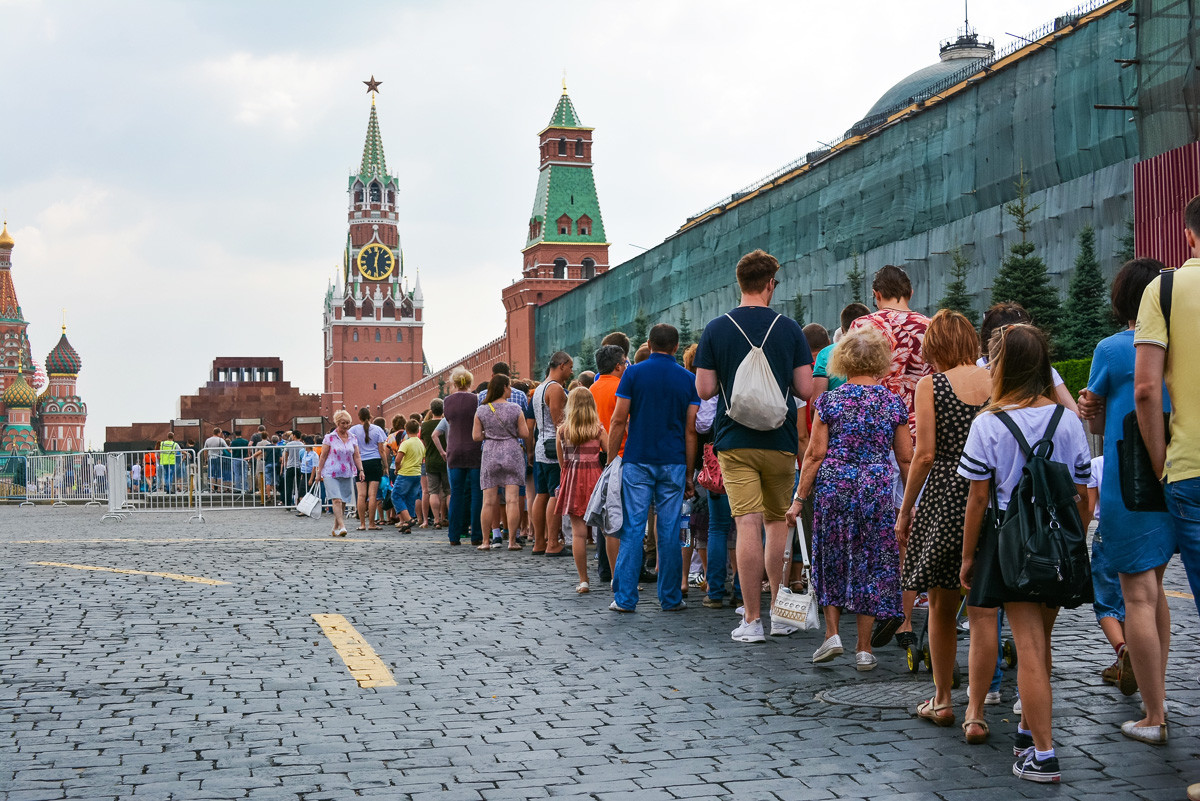 “You should visit it if you’ve come to this fantastic city. But (and most important), be ready to stand in a really long line and wait two hours,” says Otto from Riga.

“Having just got out of the Armoury chamber, I went straight in line. The end of the line was right in front of Four Seasons. It was 11:45 and I knew the streak was closing at 13:00. I took my chances. Unfortunately, after lining up for over an hour I did not make it. If you must go line up early! Wish I was given this advice,” says Harry.

The bad news is that there is always a line outside the mausoleum. Long or short — that is the only question. Visitors are admitted in groups of 20-25, and until one emerges the next is not let in. There's only one way to slightly cut the waiting time: arrive early, before opening if possible, and stand in line.

What you can’t do 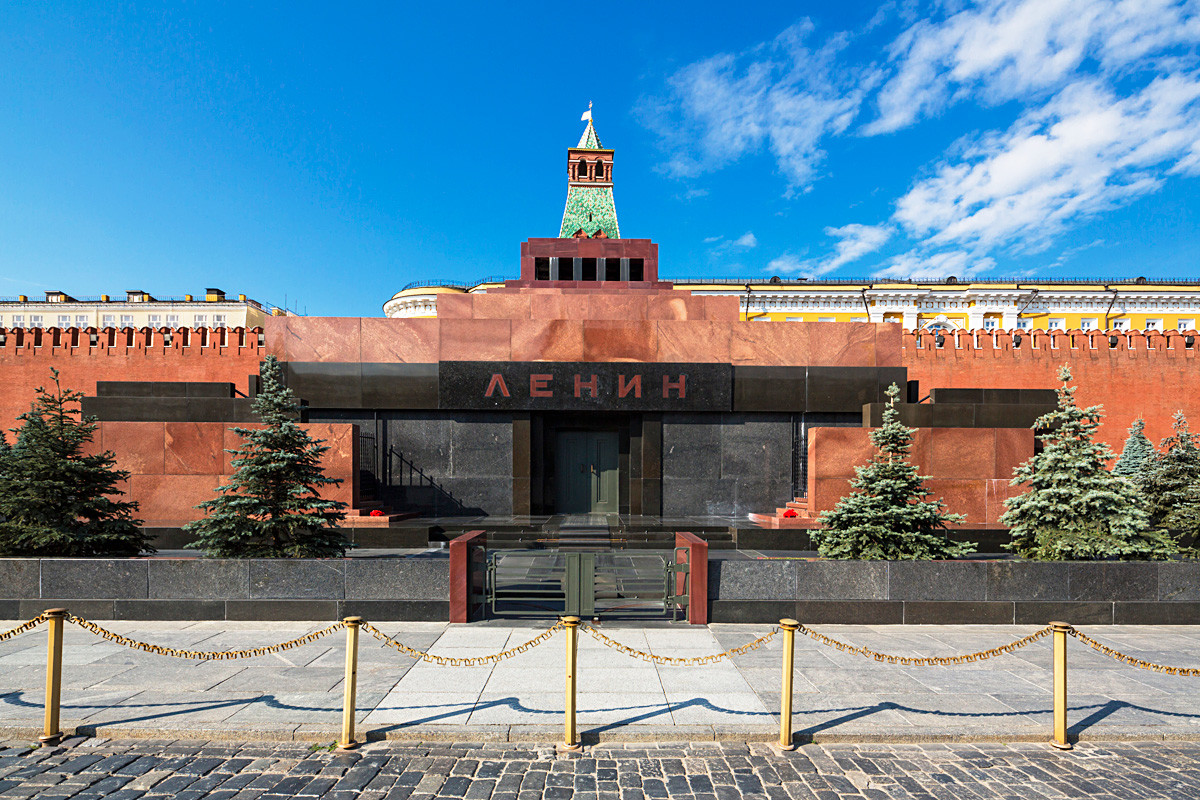 “The protocol is mind-numbing — no hats, no talking, no stopping, and don’t even think about fiddling with your phone or anything else. There’s a trooper from the Kremlin regiment every meter of the way,” writes Yuzep Gudkof from Yekaterinburg. Yulia from Moscow comments as follows: “You enter the darkness of the mausoleum and are met by an exclamation of ‘Shhhhhhhhhhhh!’ from a guard.”

A visit to Lenin is highly regimented, and the rules are strictly enforced. You must NOT: talk, stop (just walk slowly, very slowly), take pictures/videos, wear headgear, put hands in pockets, or take in a large bag, suitcase, or any liquid.

What to expect inside

Visitors walk past three sides of the sarcophagus on a low podium. Get ready for this “lap of honor” to be over in the blink of an eye (especially compared to the waiting time). Forget about scrutinizing Lenin’s waxlike features in detail — Madame Tussards it ain’t. “It takes about 2 minutes to walk through. But the whole situation is fascinating,” writes an Irish tourist under the chat name IrishDee79. 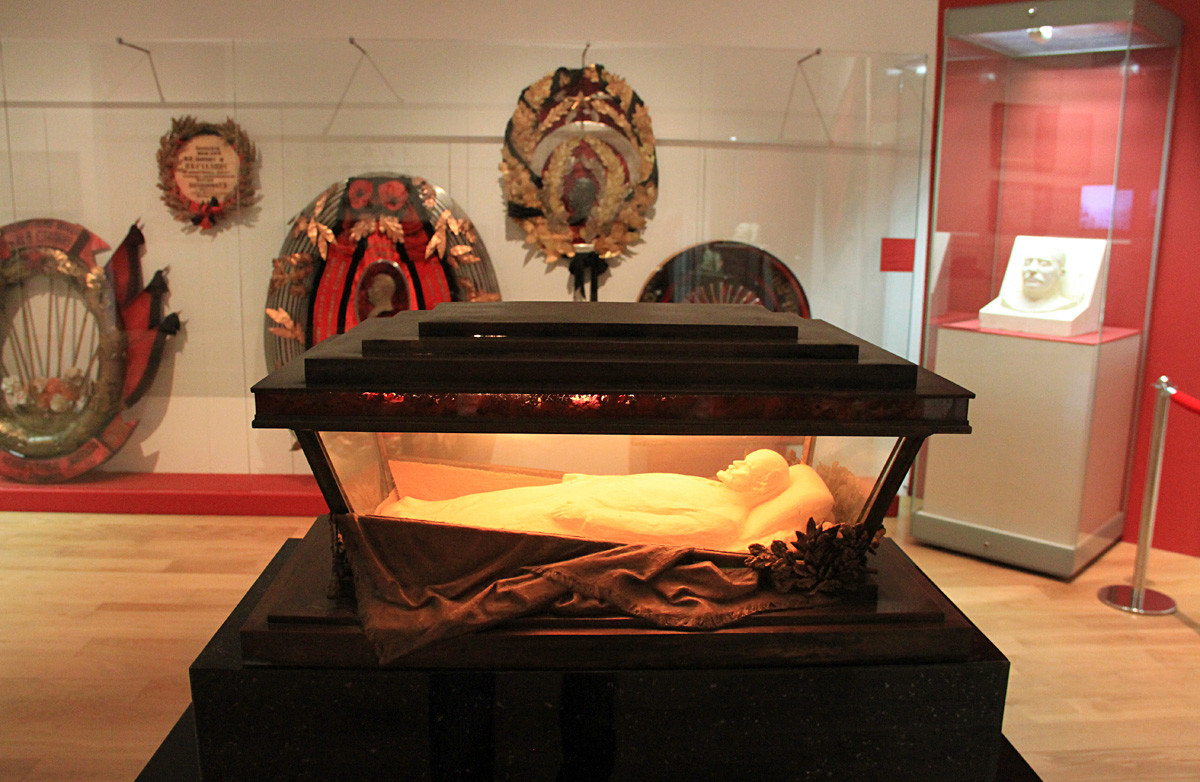 Besides Lenin, there are a dozen or so other cult personalities resting in peace around the mausoleum, including Joseph Stalin and Yuri Gagarin.

Be wary of sharks on Red Square trying to capitalize on tourists’ ignorance by offering “cut-price tickets.” Admission to the mausoleum is free. For Vlad’s sake, don’t be a sucker.

Moscow travel How to