When is the best time to visit Russia? 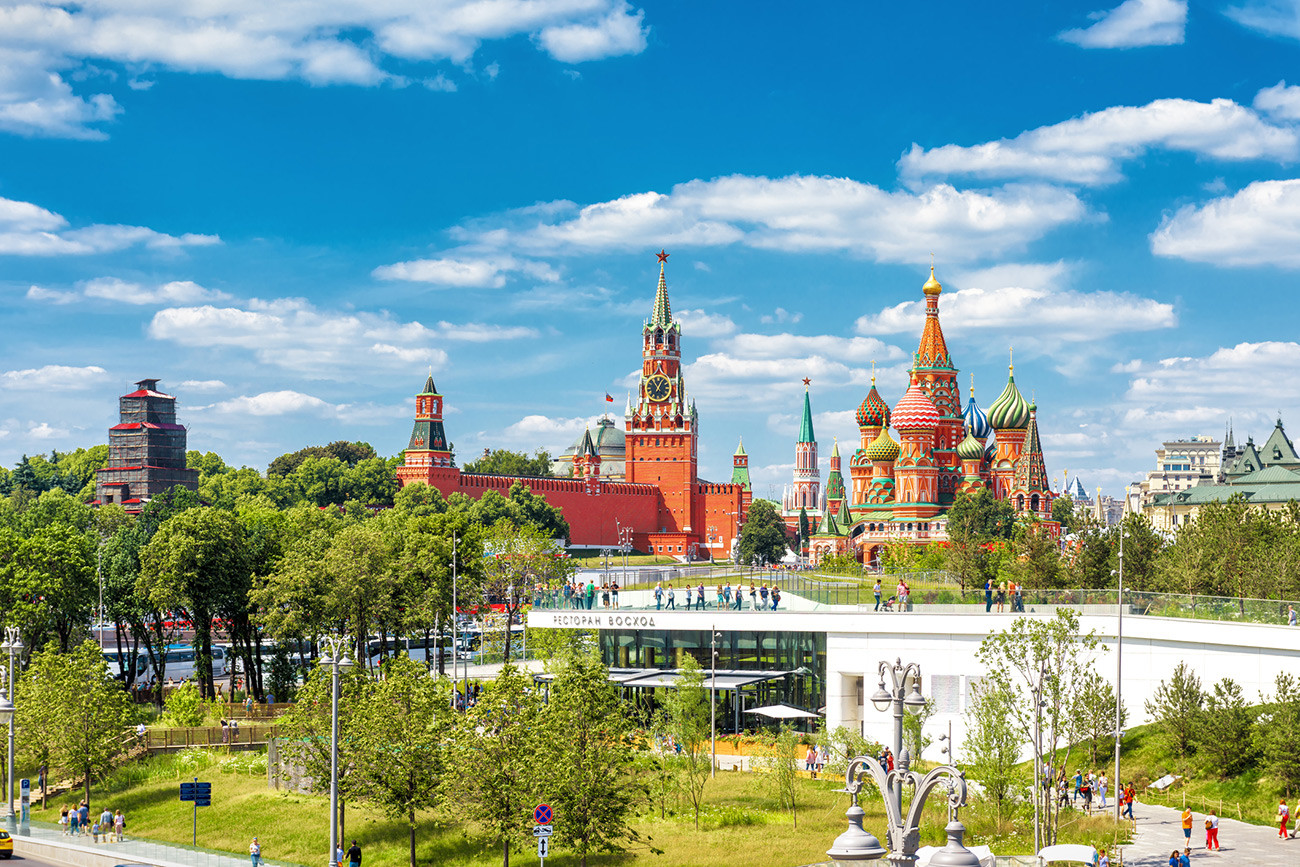 The tourist season in Moscow is… well, all the time. A visit to the Russian capital is always worth it, whatever the season. That said, summer is generally considered the most favorable period for tourists. When the sun is out, you can enjoy lovely strolls in the historical city center’s green parks and squares, take a boat along the Moskva River, and attend numerous outdoor events.

In winter, the best time is definitely the run-up to New Year and the holidays that follow. During this period, the city shines and sparkles like no other capital in the world. And if you get a sprinkling of snow, the fairy-tale is even more complete.

In the off-season, however, the weather can dampen one’s impressions of the city. So early spring and late fall are not recommended, unless you happen to enjoy grey skies and shoe-drenching slush. 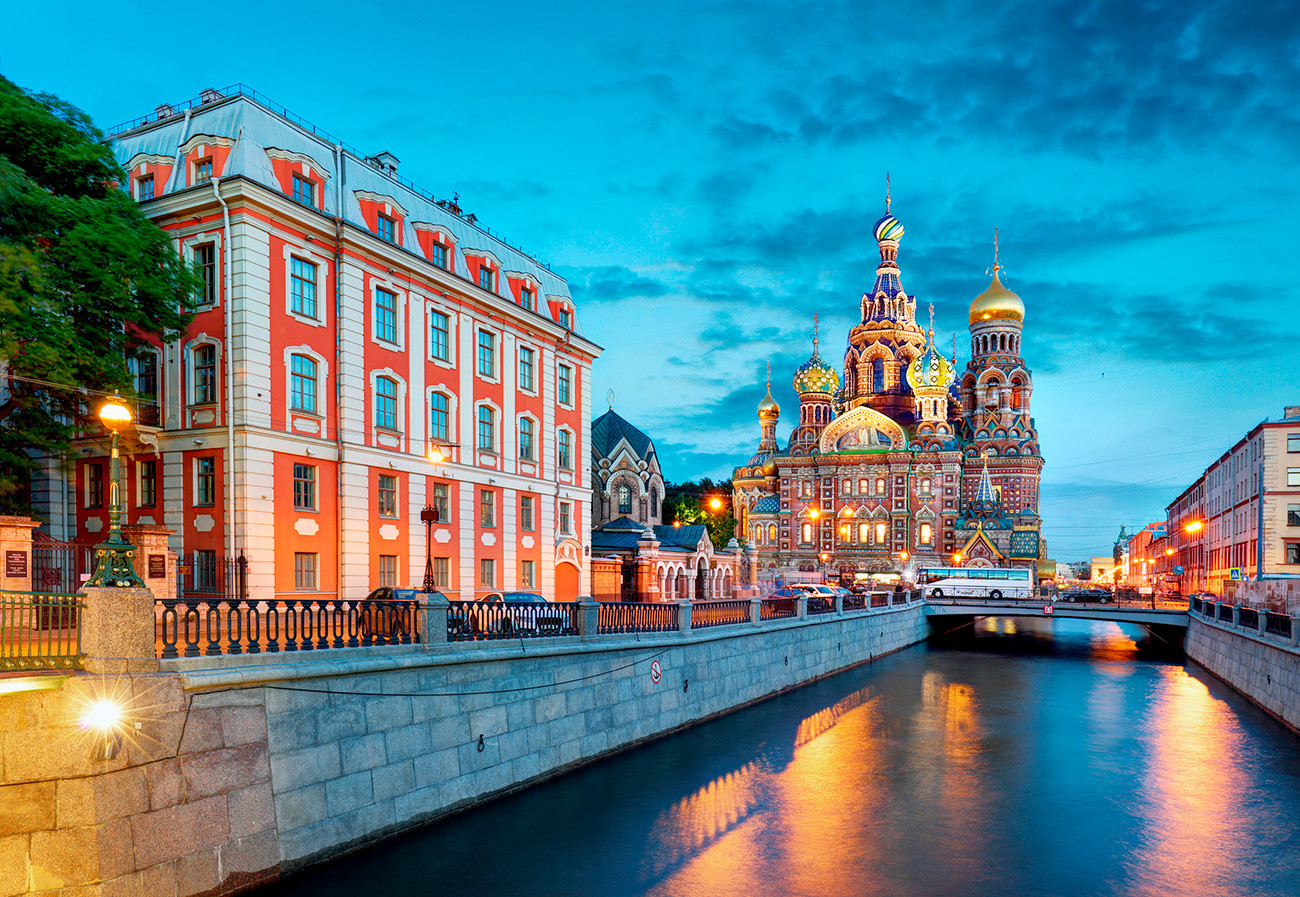 St. Petersburg’s unpredictable climate sometimes scares off the casual tourist. However, some periods are fairly stable weather-wise, and warm too, making the city particularly attractive to visitors.

According to locals, the best time to visit Russian’s northern capital is the “white nights” season. It lasts from late May till early July, peaking around the summer solstice in June, when the sun almost never sinks below the horizon, making night seem like day.

St. Petersburg is also great in early autumn. In September, the weather is usually mild and pleasant. The majestic autumnal parks, wrapped in golden foliage, rival the city’s palaces for sheer magnificence.

But the main rule to remember when visiting the city is not to forget your umbrella. Rain here is an all-season phenomenon and can catch you when you least expect it. 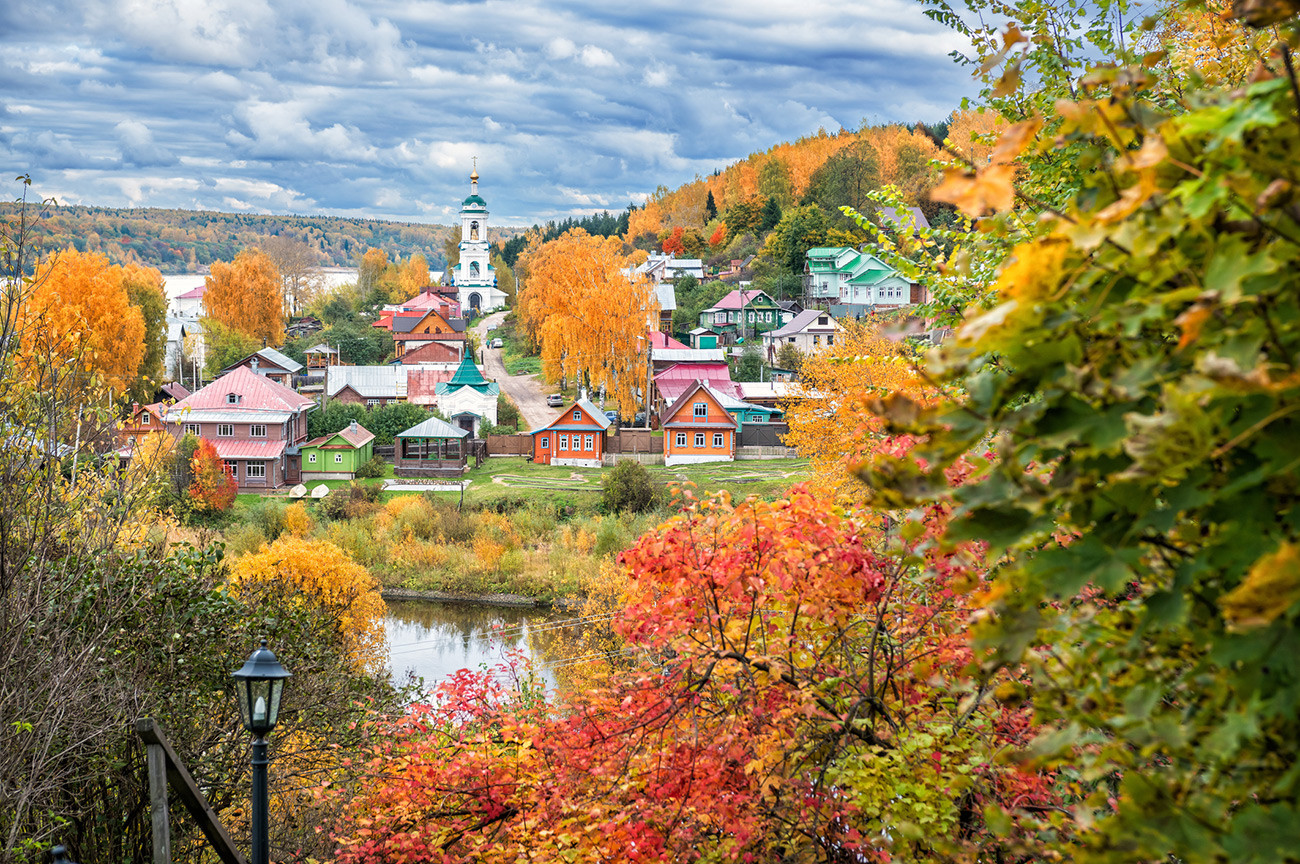 This ring of ancient settlements, which was made tourist-friendly in the mid-20th century, lies to the north-east of Moscow and straddles various regions. Early fall is recommended, when the weather is still pleasant, but less hot and dusty than in summer, plus all tourist trails are still open then. Also in autumn, it’s possible to visit Orthodox monasteries and attend church services.

That said, the true beauty of these small towns and cities is revealed in winter, and a proper Russian winter at that, when the snow is crisp underfoot and windows are beautifully decorated with frost. On New Year’s Eve, Christmas (January 7), and Maslenitsa (Shrovetide), the Golden Ring is bubbling with folk festivals. 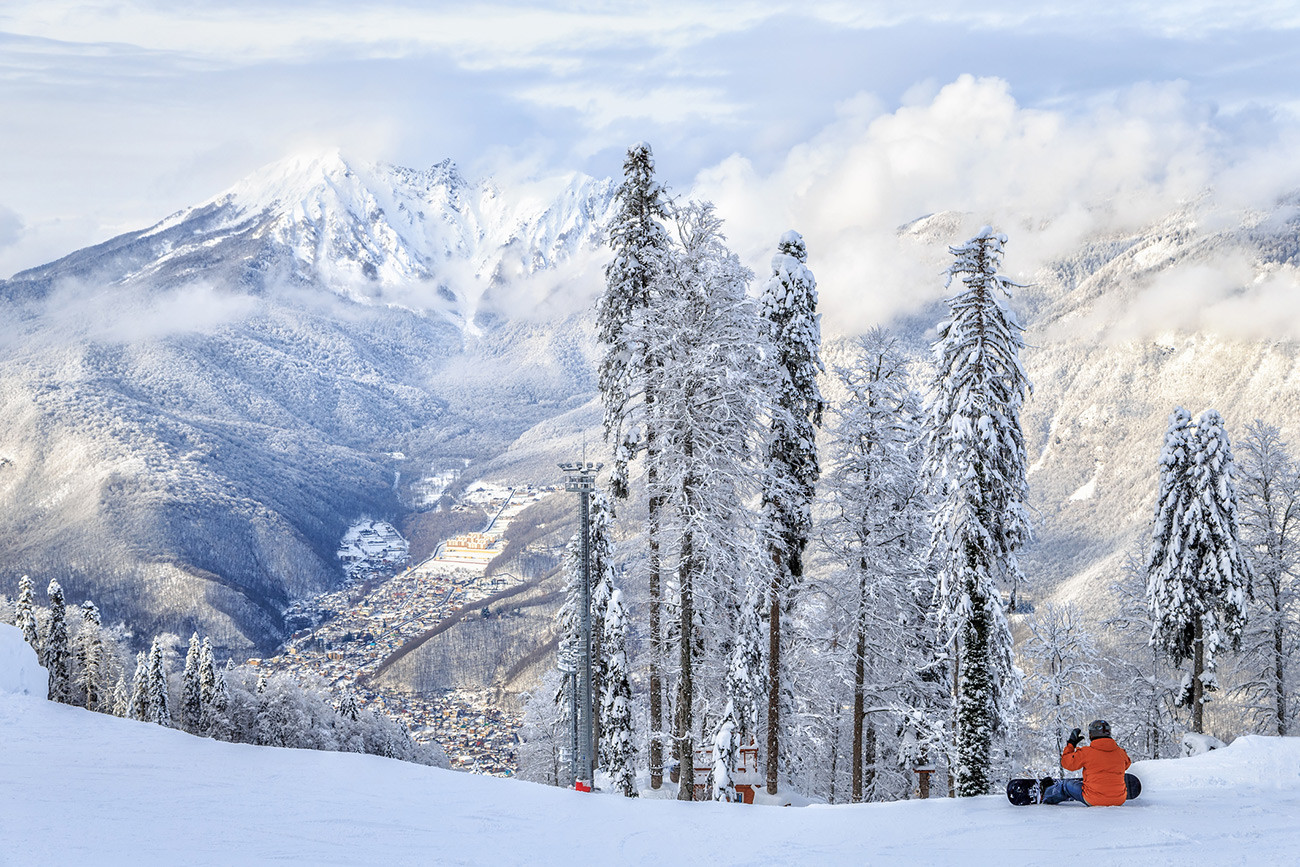 Krasnodar Region and Crimea are beautiful at pretty much any time of year. It all depends on your goals and preferences. For instance, the best time for a vacation in southern Russia is early July or September. In July, the weather is not as unpredictable as in May-June and slightly cooler than the sizzling August. Late summer is also peak tourist time, which can cause further inconvenience.

Winter, meanwhile, is a great time to visit the ski resorts of Krasnodar Region. 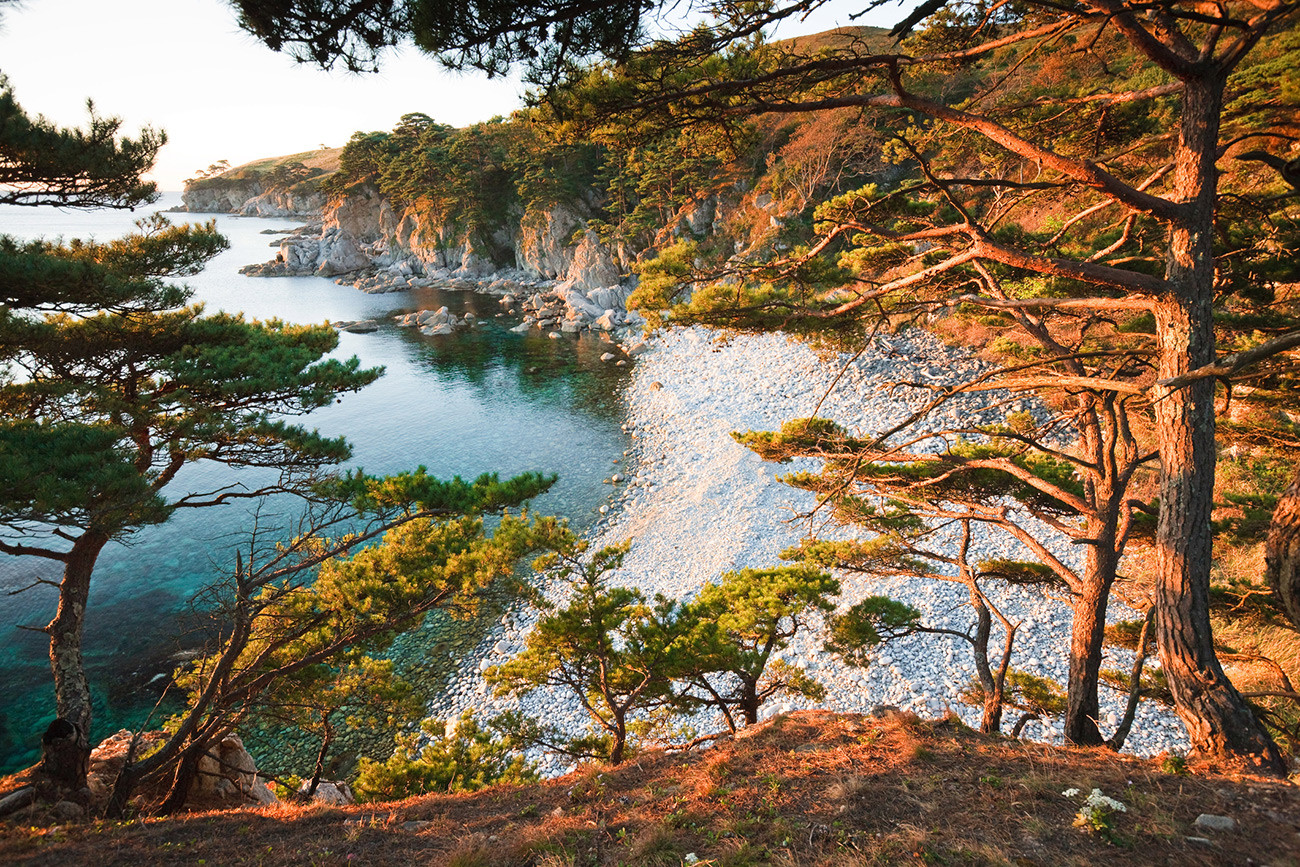 According to residents of Primorye in the Russian Far East, the best time to visit Vladivostok is late August and the fall, when the weather is at its most agreeable. What’s more, the water in the Sea of ​​Japan generally starts to warm up by early September, so there aren’t as many tourists on the beaches.

Admirers of the natural beauty of the taiga forest are advised to opt for early October. The air at this time is amazingly transparent: From Vladivostok, it is possible to see Peschany Peninsula and the islands of the Empress Eugénie Archipelago, which are usually hidden in hazy fog. 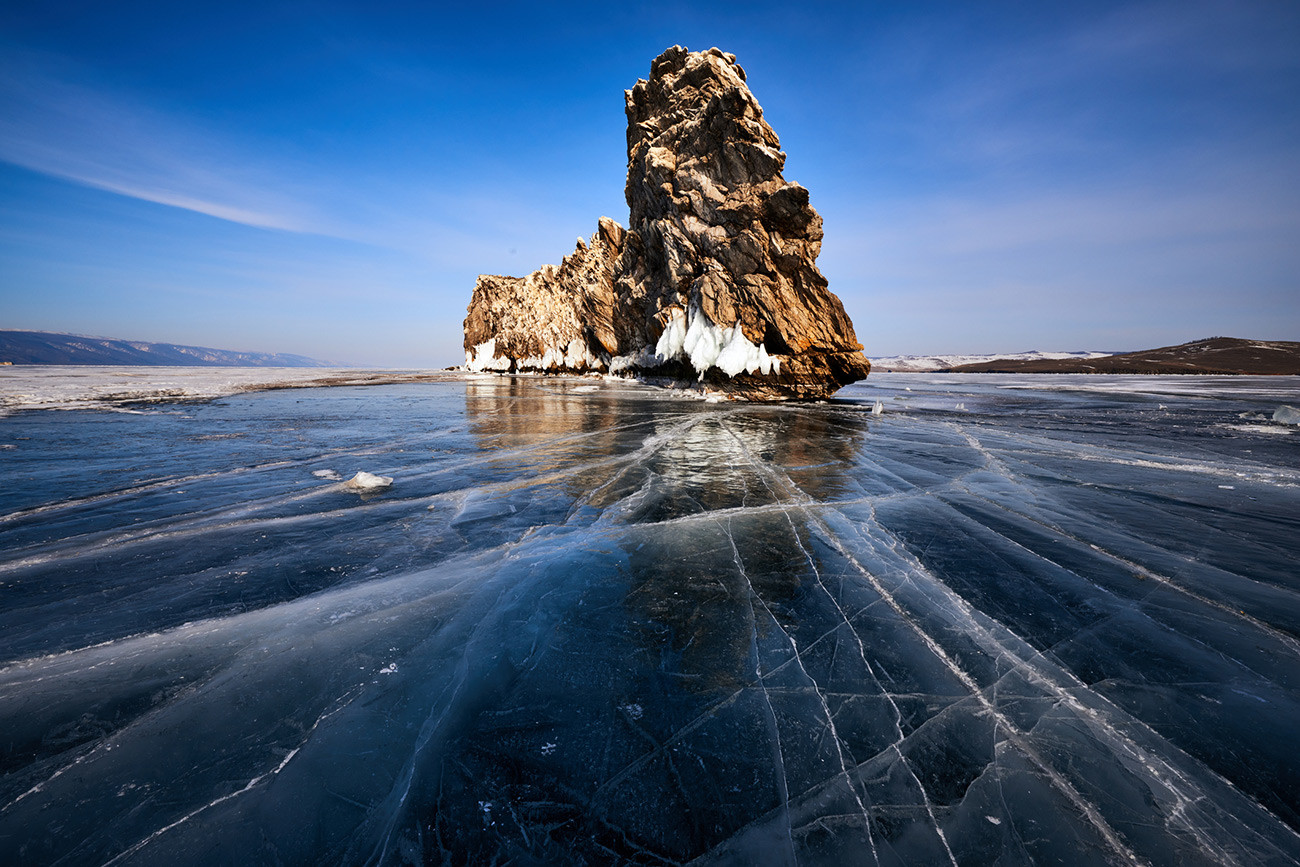 Travelers go to Irkutsk Region primarily for the unique Lake Baikal – the most ancient and deepest freshwater reservoir on the planet. The tourist season here lasts all year round, but summer and winter are considered prime time. Keep in mind that summer here is rather short, and only July and early August are genuinely hot.

As for winter, Lake Baikal is monumentally beautiful. When frozen, the water acquires a highly unusual hue that ranges from sky blue to deep navy. The ice is extremely smooth and slippery, so it’s best crossed on skates. Specially for lovers of winter activities, small ice rinks are cleared by the shore and equipment is available for hire.