9 most expensive Soviet photographs ever sold

Culture
Yekaterina Sinelschikova
Sotheby's
These works by legendary Soviet photographers have sold for thousands of dollars at auctions around the world. 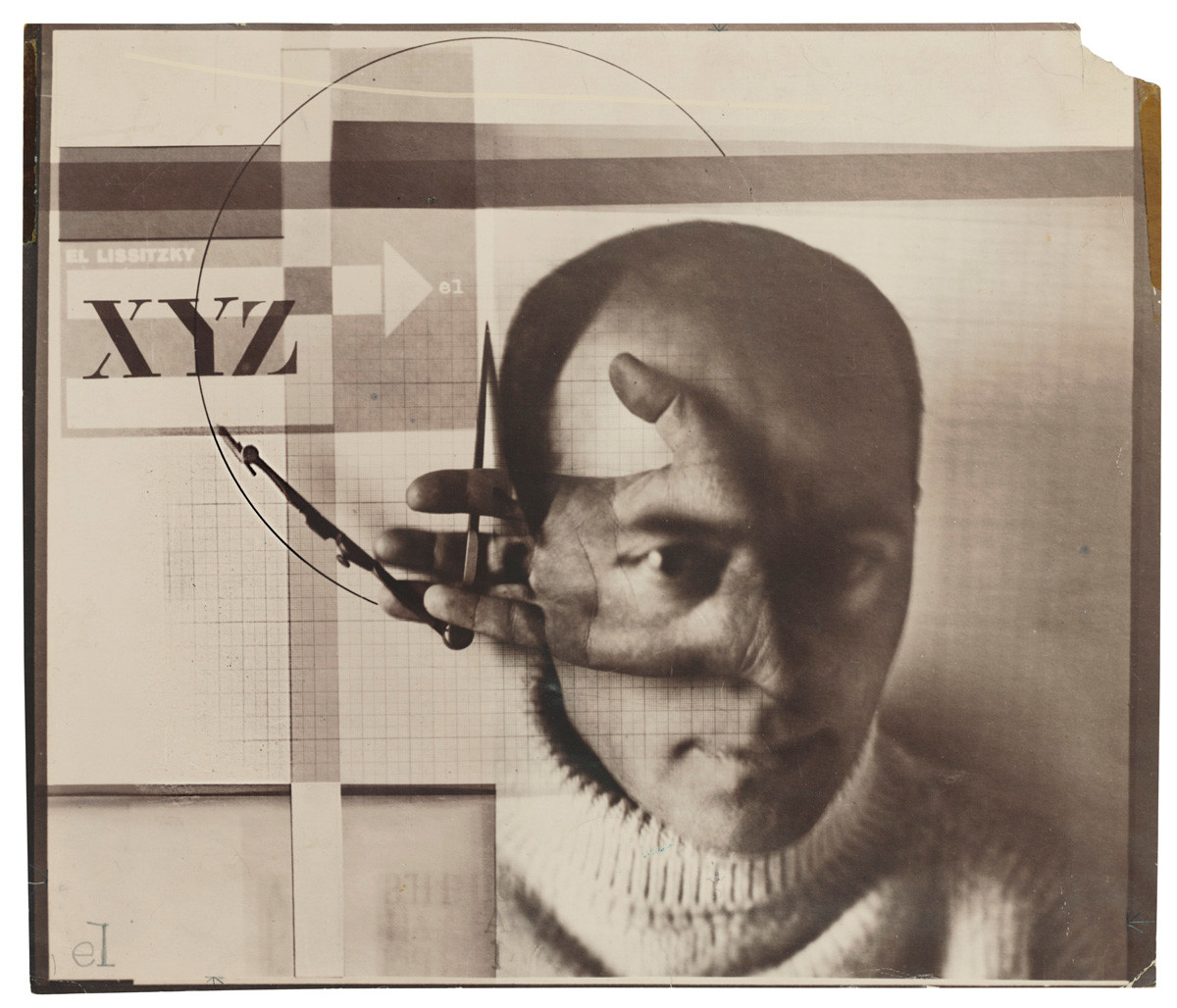 In 2019, a new record for the most expensive Soviet photograph was set when Christie's Auction House sold a version of the Tretyakov Gallery’s self-portrait by avant-garde artist El Lissitzky for nearly £950,000.

El Lissitzky was a key figure in constructivism and the Russian avant-garde. He worked both in the fields of painting and architecture, illustrated books, designed furniture and was an avid photographer. Like many avant-garde artists, he was enthusiastic about the ideas of the 1917 revolution, welcoming the new regime and taking an active part in the creation of propaganda posters and other Soviet paraphernalia.

2. Girl with a Leica, Alexander Rodchenko 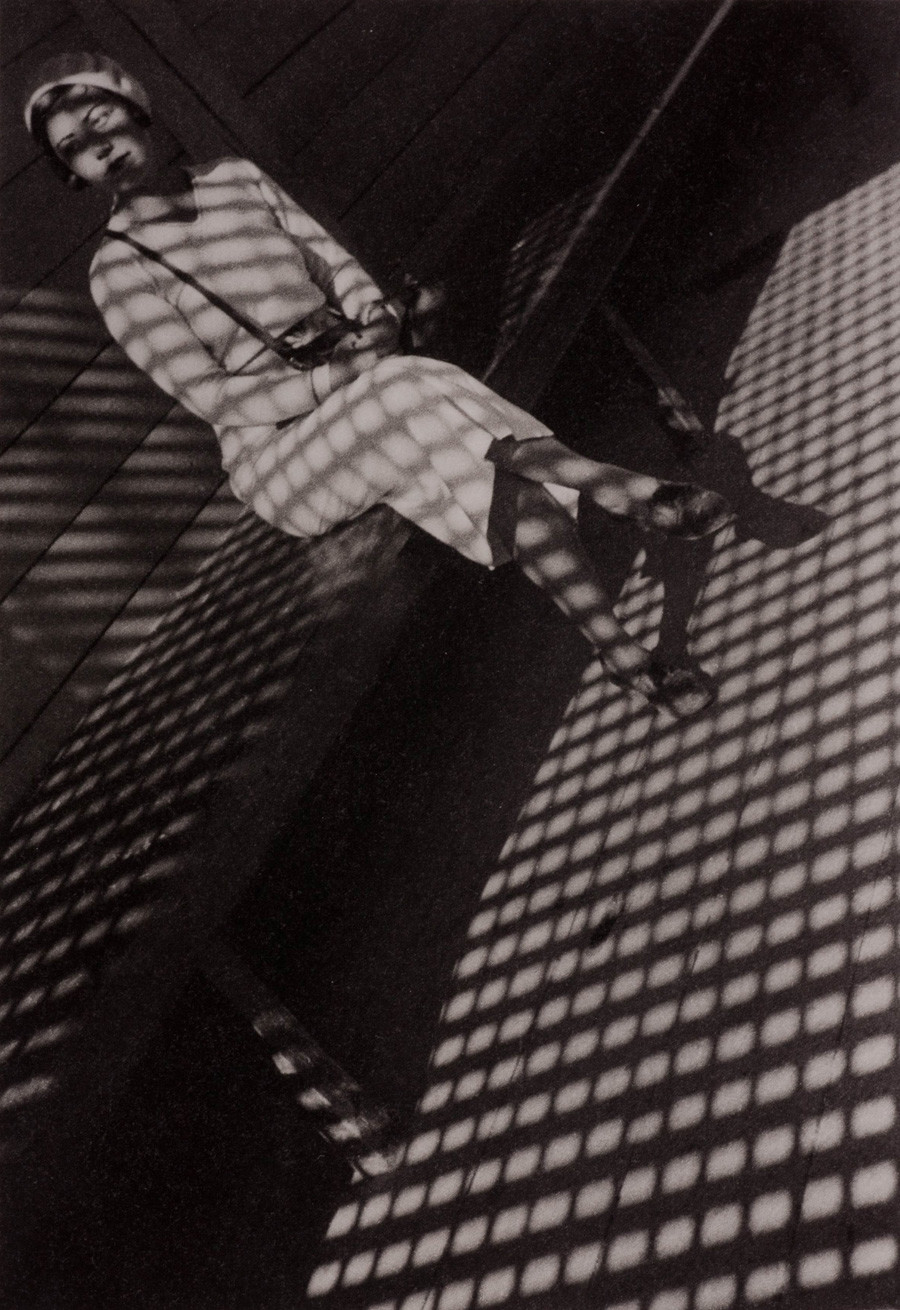 The artist and photographer Alexander Rodchenko is regarded as the father of Soviet design and advertising. He introduced geometric abstraction, minimalism and non-standard perspectives—all key characteristics of avant-garde art—to Soviet photography. His works are among the most sought after at international auctions.

This photograph from the early 1930s shows Rodchenko's muse Evgeniya Lemberg not long before her tragic death. It was sold at Christie's New York in 2018. 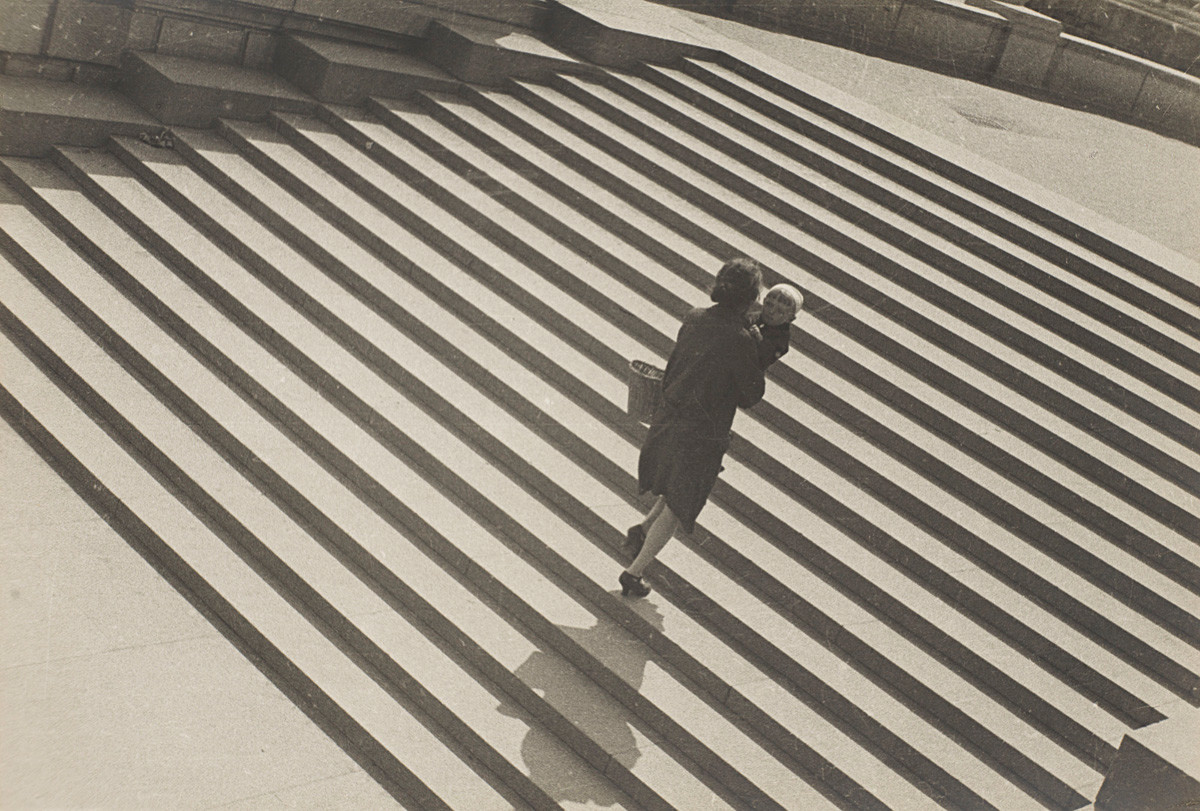 Another work by Rodchenko was sold at Christie's in 2019. In the artist's characteristic style, the 1935 photograph breaks the classical rules of composition and perspective. Works by Rodchenko shaped the image of the new Land of the Soviets, defining its visual language in the minds of the people, depicting what streets and buildings, Soviet people and life itself in the Soviet Union was supposed to look like.

4. A photo from the Luriki series, Boris Mikhailov 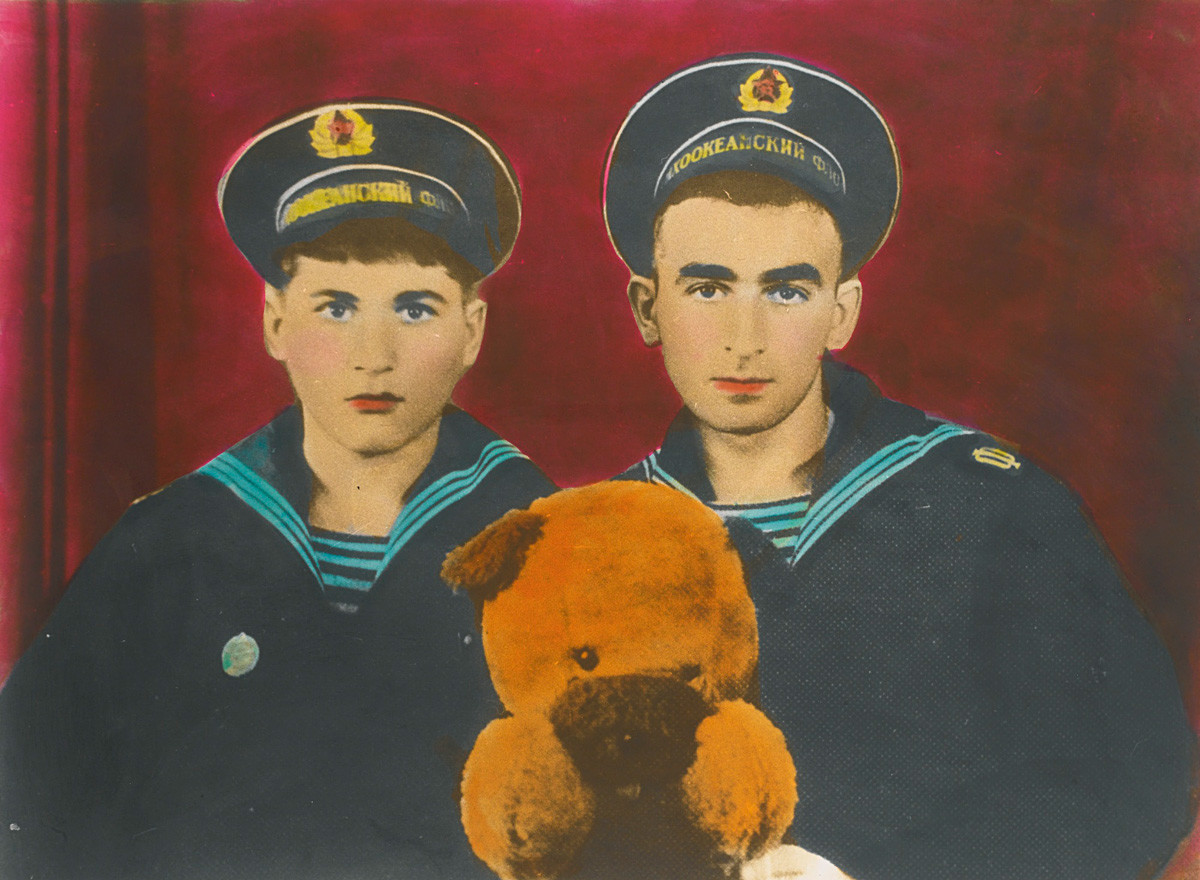 This photograph, sold in auction at Sotheby's in London, was taken in 1985. "It is a home photo that everyone had,” says Mikhailov. “It is painted in excessively bright colors, and there was a certain idiocy in it. I see it as a sign of the idiocy of the whole of Soviet culture."

When the Luriki series [of hand-painted photos] was exhibited for the first time in Mikhailov's native city of Kharkov, Ukraine, it received mostly hostile reviews, with critics claiming that the "trashy” work all photographers produce to make ends meet had been elevated to the sphere of art. Little has changed since then as far as the hostility goes, and many art critics in Russia still regard Mikhailov as a subversive dissident and maverick. But in the West he is regarded as one of the most prominent photographers of the Soviet period, and exhibitions of his work have been held at MoMA in New York, the Tate Modern in London and the Venice Biennale.

5. A photo from the Sots Art Series, Boris Mikhailov 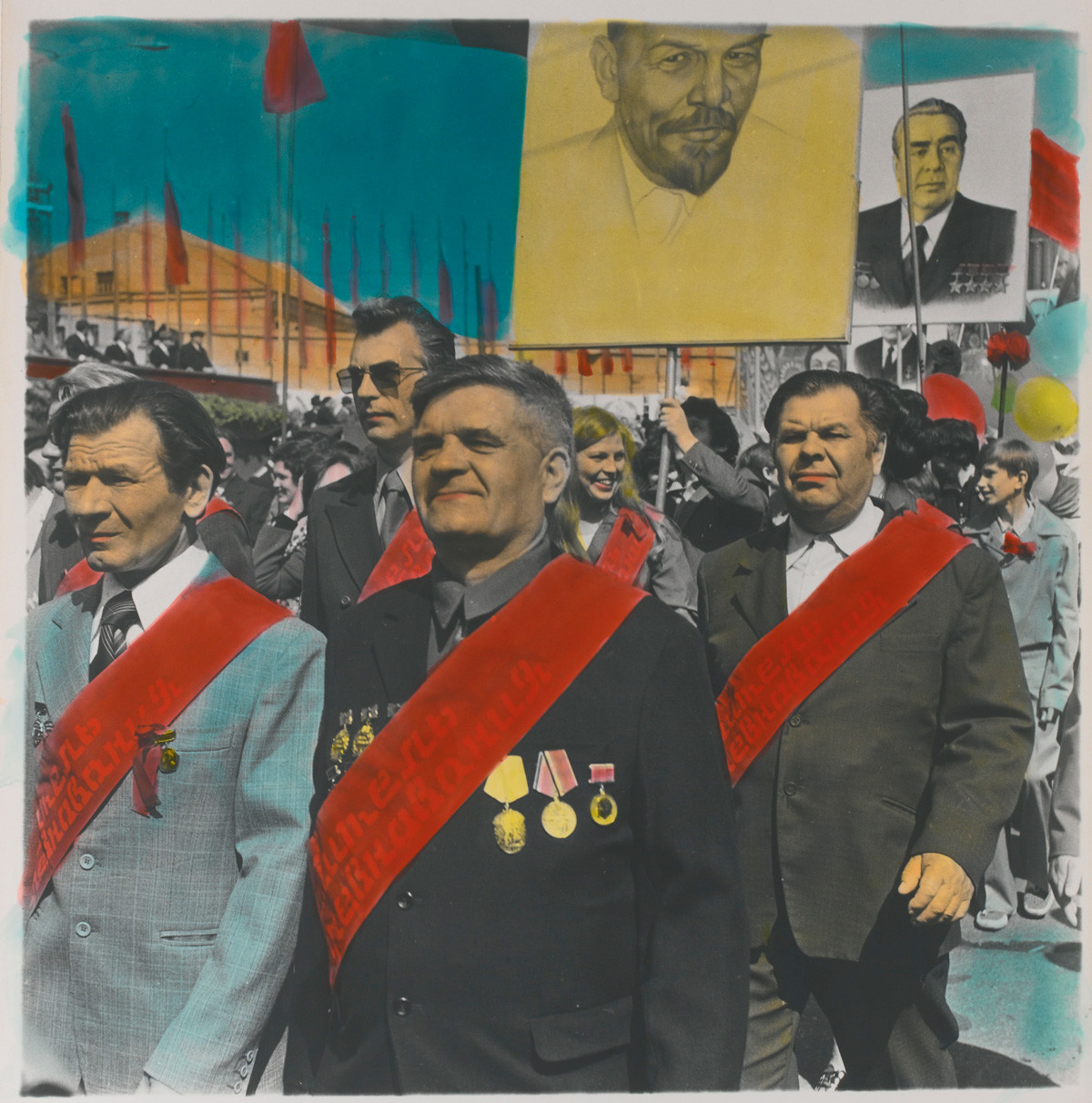 Mikhailov’s second most expensive work is from the Sots Art series. The series first appeared in the 1970s and, like Luriki, reinterprets the visual imagery of the USSR. Only this time the photographer puts in his cross hairs the aesthetic of mass rallies with enormous banners and portraits of leaders, along with the myth of the indestructible Soviet people.

6. Raising a Flag over the Reichstag, Yevgeny Khaldei 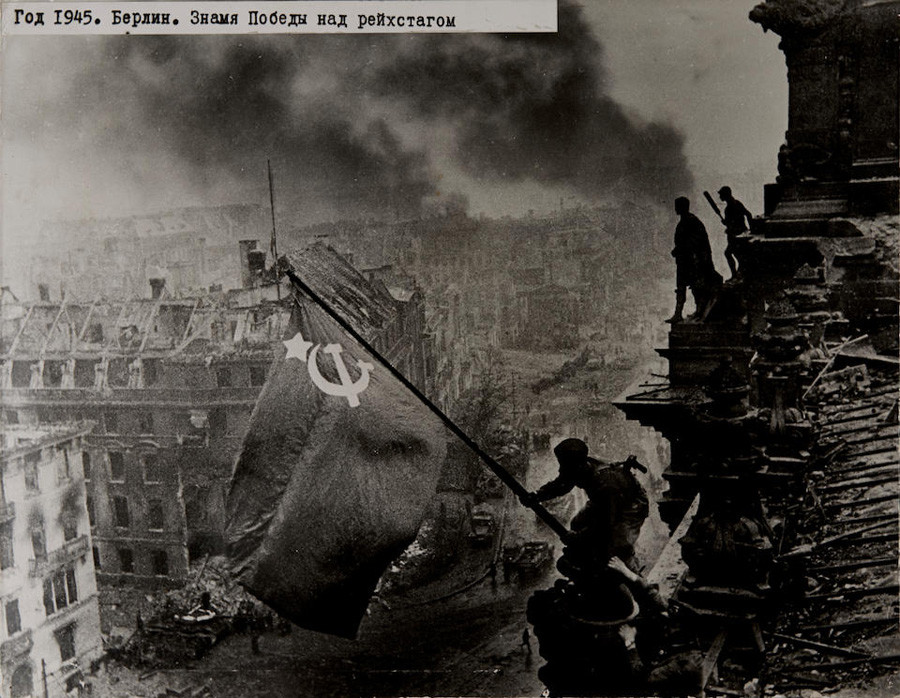 This iconic image of World War II is the most reprinted photograph. It shows a soldier hoisting a Soviet flag on the destroyed Nazi parliament building in Berlin, although historians now believe the parliament was already covered with banners along the whole of its perimeter by the time official war photographer Khaldei arrived at the scene. In other words, he was too late. So instead, Khaldei asked some soldiers who happened to be there to help stage the photo shoot. He found a winning camera angle and shot two rolls of film. 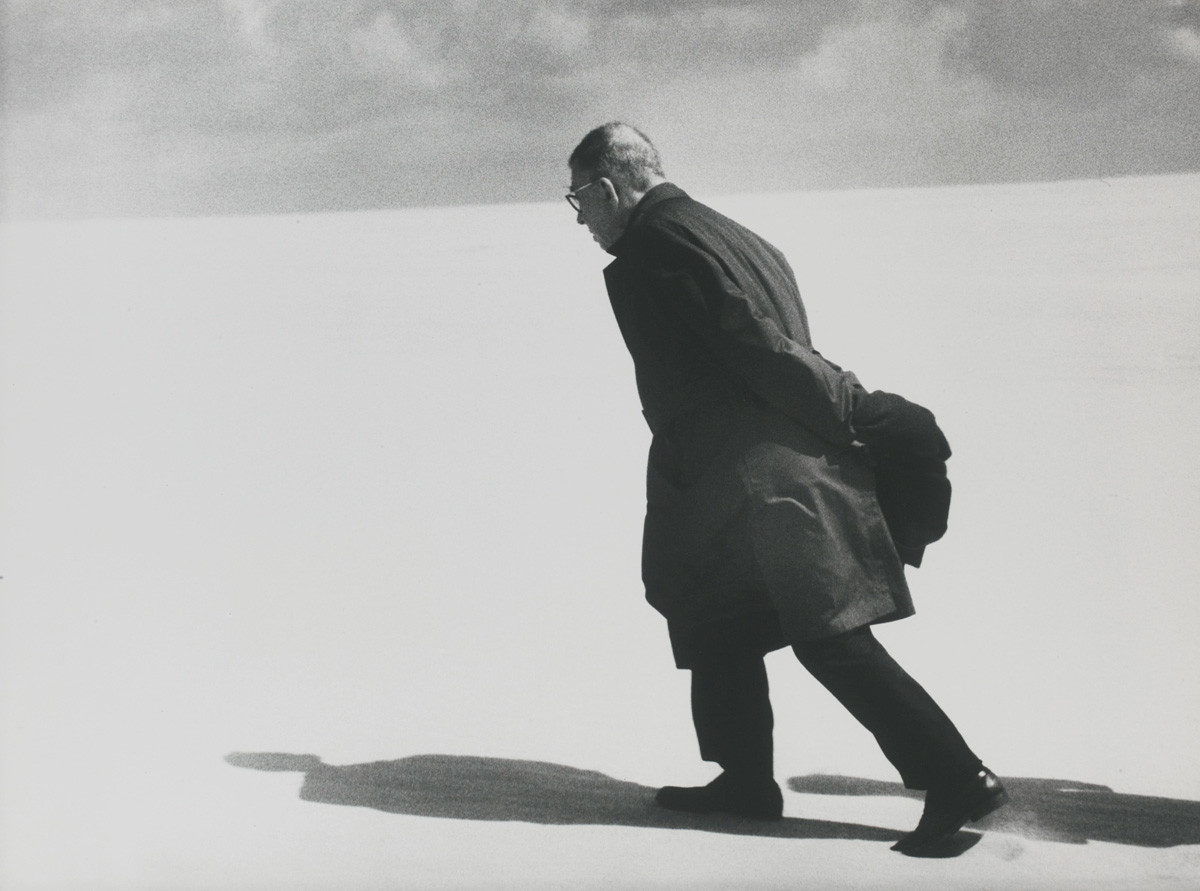 This 1965 work is the most famous photograph by Lithuanian (Lithuania had one of the best schools of photography in the USSR) artist Antanas Sutkus and the most famous portrait of French philosopher Jean-Paul Sartre. It has appeared on countless magazine covers around the world, is iconic in France and was even included in French school textbooks. When it was taken, Sartre had no idea he was being photographed and though that Sutkus was a writer. "Well, what can I do with you?" Sartre asked after Sutkus confessed he was actually a photographer. "At least send me some photos."

8. Raising a Flag over the Reichstag (first version), Yevgeny Khaldei 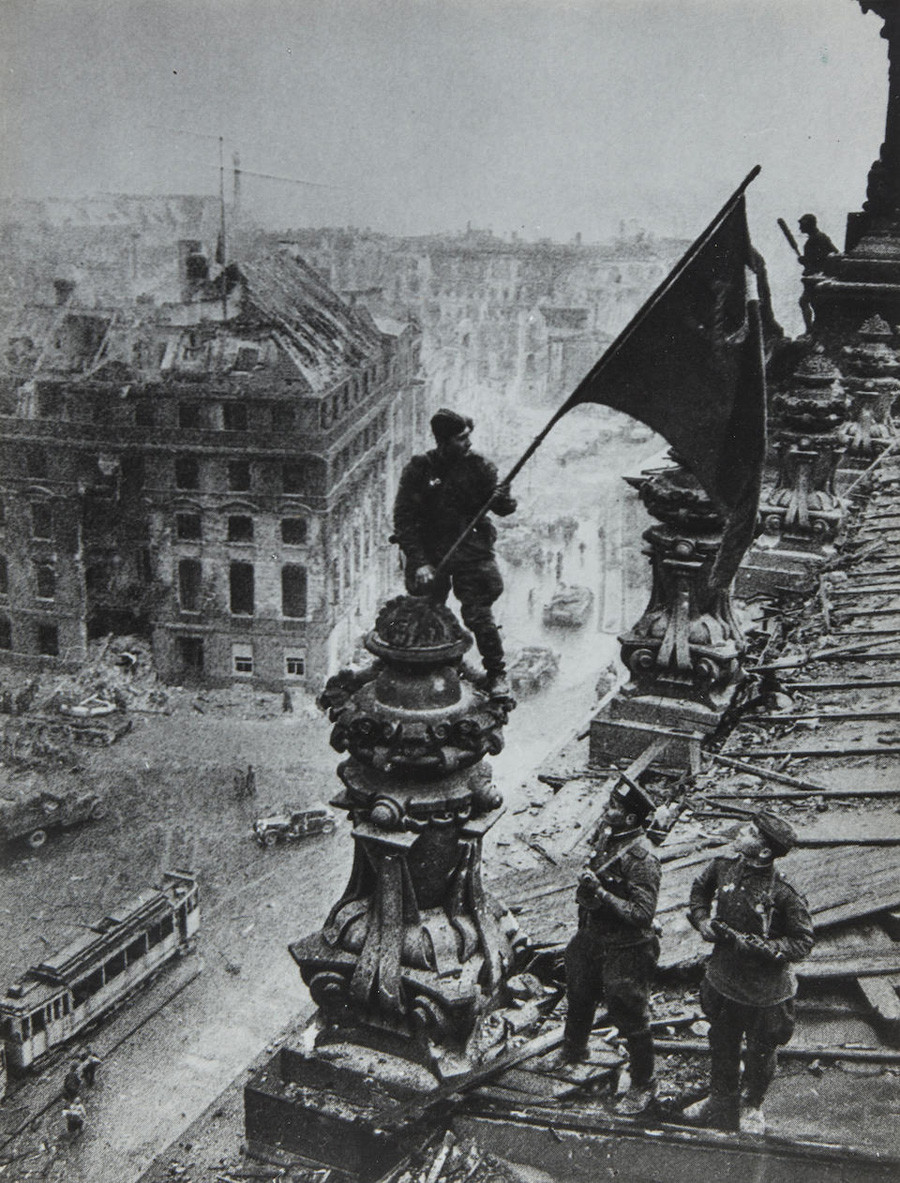 This scene, which Khaldei captured a few seconds before the most famous frame (#6 on our list), sold for $5,000 less. In this picture, a young Russian lieutenant is getting ready to unfurl the banner for the final shot. 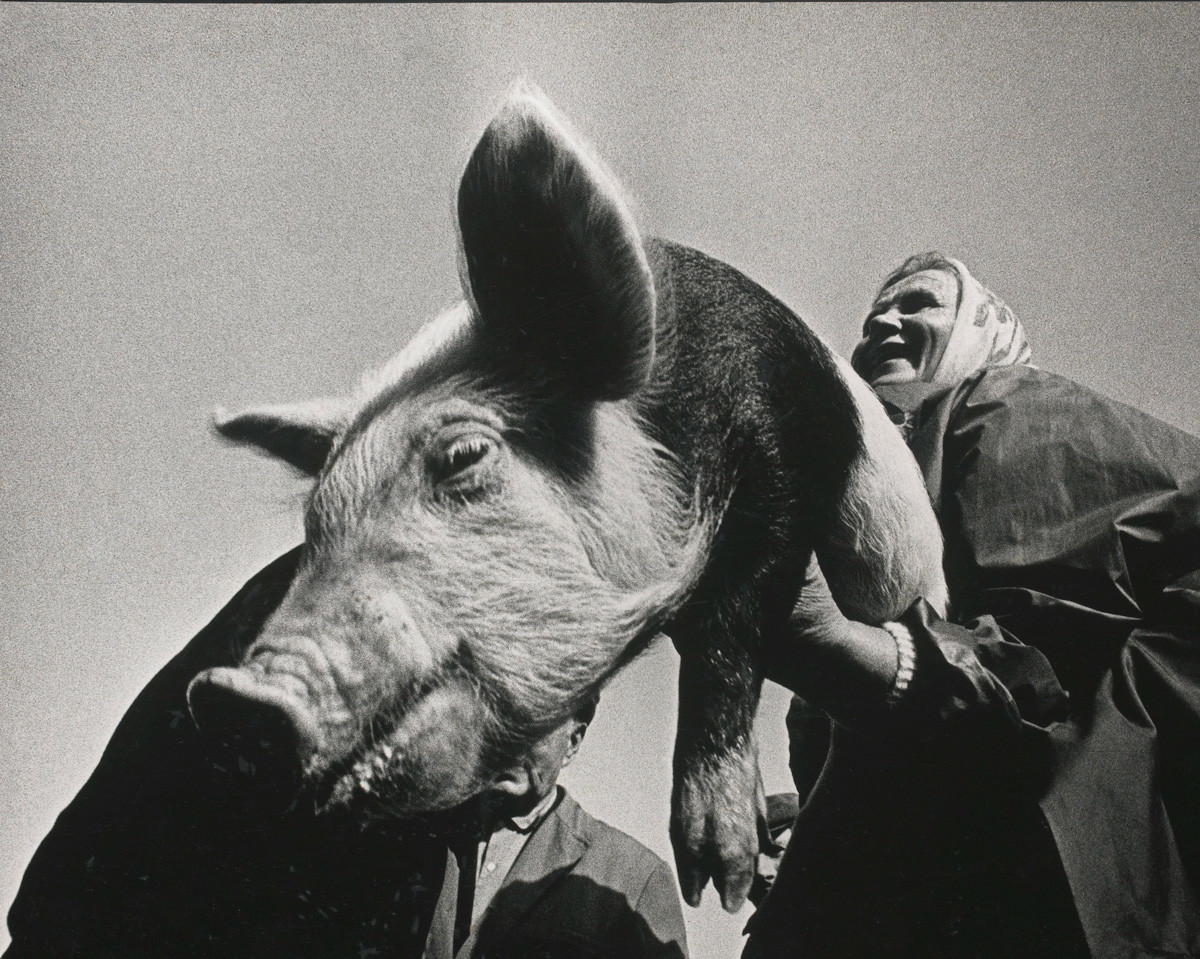 Another Lithuanian photographer, Aleksandras Macijauskas, travelled to remote parts of the Soviet Union and recorded daily life. However, he did not take the usual Soviet approach of idealizing what he saw and instead shot it in an objective documentary style.

Today you can see his works in the San Francisco Museum of Modern Art, the Museum of Fine Arts in Santa Fe, the Bibliothèque Nationale in Paris, the International Center of Photography in New York and other galleries around the world.