Why are Russians obsessed with sunflower seeds? 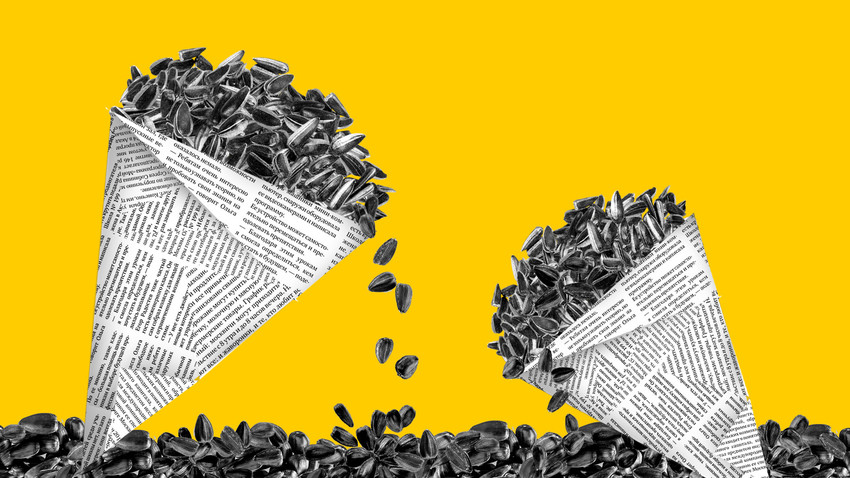 Almost everyone in Russia adores sunflower seeds - though some people do it secretly.

Irina Baranova
Popping these little guys is almost a national ‘drug’ – though they are not originally Russian and consuming them in public was historically frowned on.

When a Russian person opens up a pack of sunflower seeds, it’s almost impossible to stop eating them. Perhaps you are not a huge fan of these tiny snacks or even despise those who eat them all the time (as it is sometimes considered to be low-class). But once you start, you can’t finish until the seeds are all gone, everything around is covered in black shells and you feel yourself a bit ashamed, yet satisfied.

Forget vodka – sunflower seeds are the main guilty pleasure for us Russians, no matter if you are a young Gopnik (a kind of Russian ‘chav’ or hoodlum) or a university professor. How did they become so popular and why is it impossible to stop eating them? 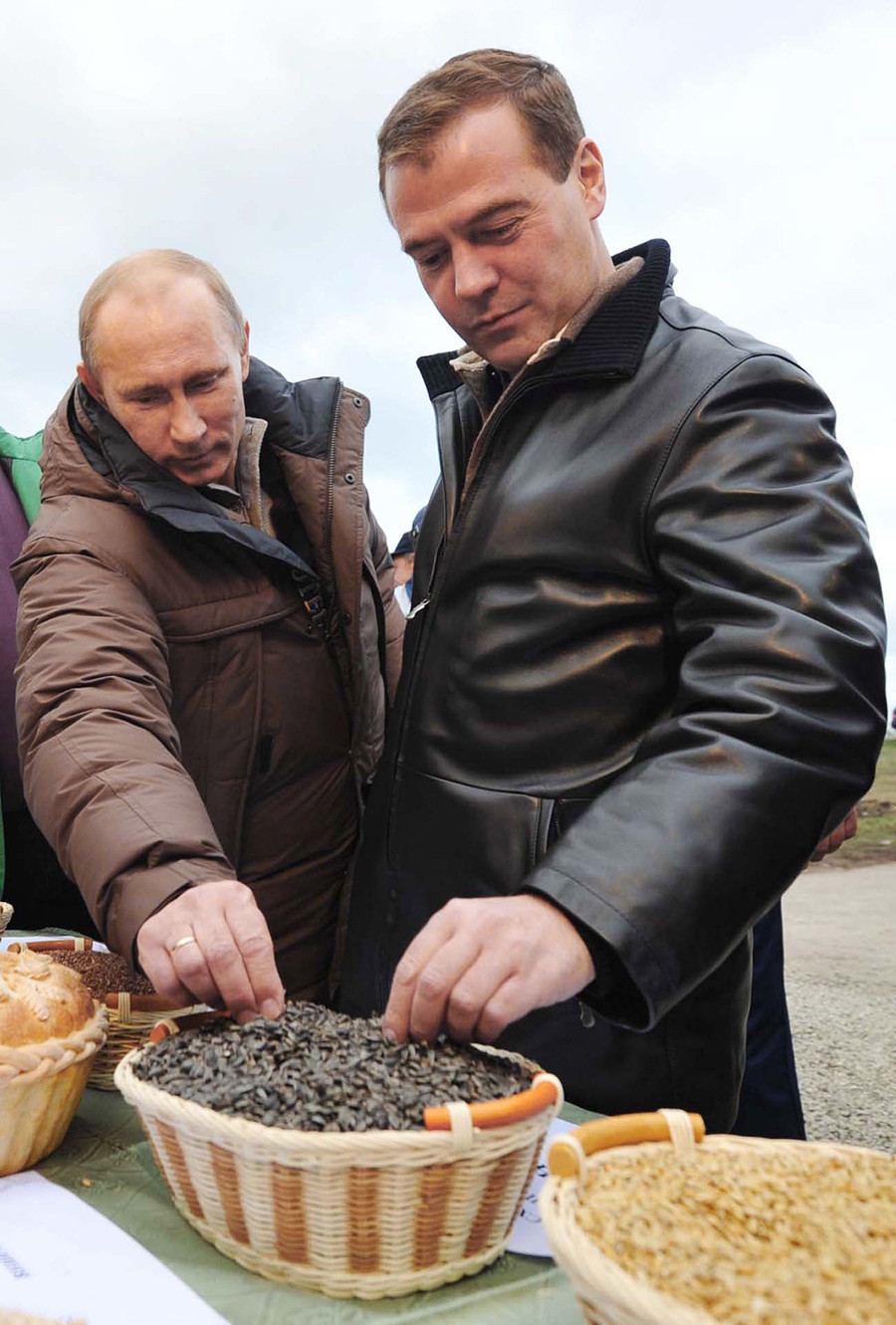 Even Vladimir Putin and Dmitry Medvedev can't resist the overcoming love for sunflower seeds which exists in the heart of every Russian.

It was Peter the Great (1682–1725) who brought sunflowers to Russia – like many other things, such as European-style clothing, hairstyle and modern etiquette. Originally the sunflower was cultivated in America, and then Europeans brought it to the Old World. After finding it in Holland, Peter guessed that such a beautiful flower will look great in Russia’s vast green valleys.

Back in those days, the sunflower was considered just a decorative plant but in the 19th century, it changed. In 1829, a peasant from the region of Voronezh (300 miles south of Moscow) built a press that wrung the oil out of sunflower seeds – and it was an instant hit. Sunflower oil proved to be less expensive than other vegetable oils, so by the end of the 19th century, it was the most popular type of oil used by Russians. But they didn’t just use sunflower seeds for making oil – they were already eating them (fried, of course). A lot.

From villages to cities 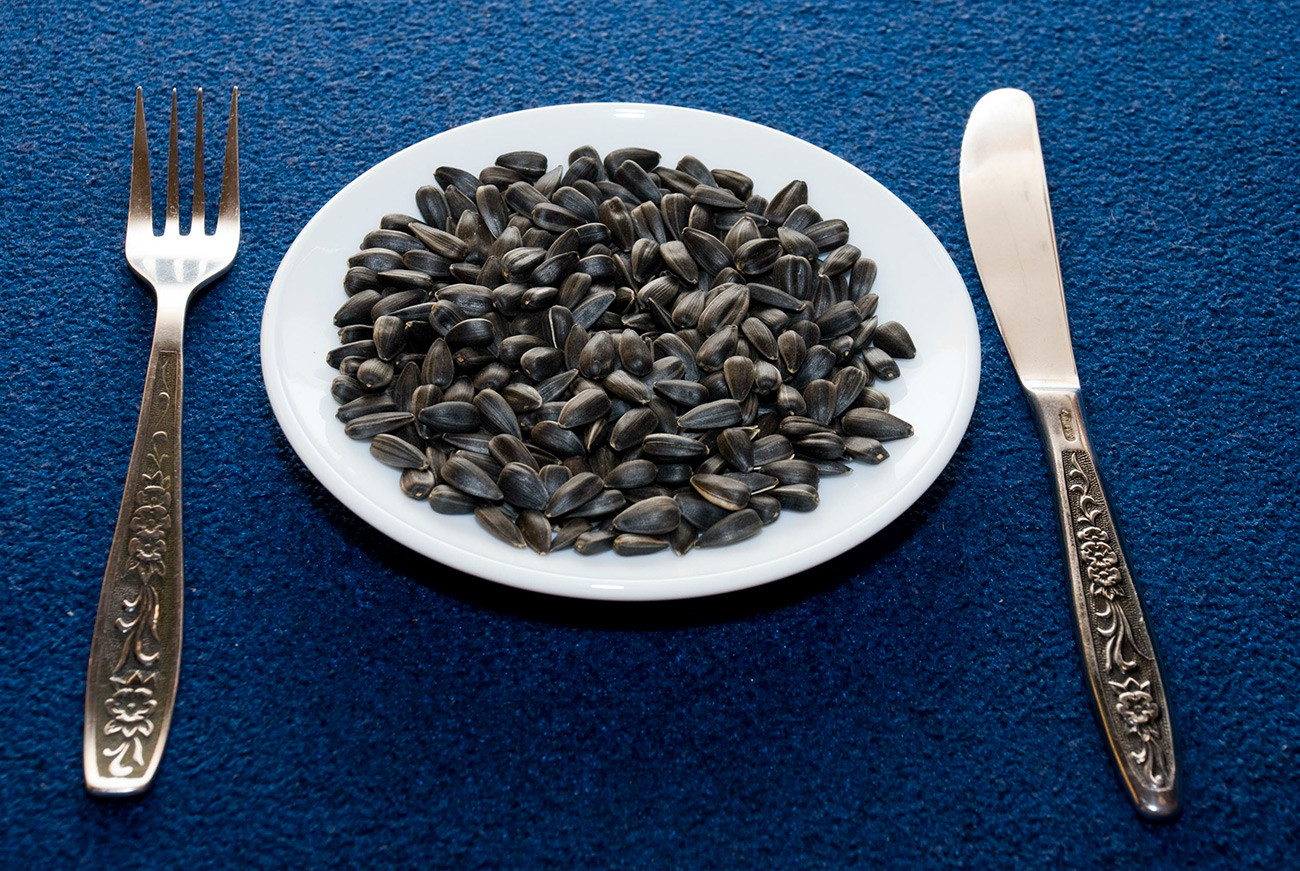 At first, eating sunflower seeds was considered a low-class pastime – it was peasants who were growing sunflowers, after all. Nobles looked down on them like cattle chewing some suspicious stuff, but as the railways extended across Russia in the early 20th century, more and more former peasants were moving to big cities, bringing sunflower seeds with them. And it all escalated seriously during the revolutions of 1917.

After the monarchy fell, one could often see Bolshevik soldiers, former nobodies from nowhere, walking down the streets of Moscow or St. Petersburg eating their favorite seeds and spitting the shells all over the place – now they had guns and were the ones running the show. The image became ubiquitous - and seriously upset the old-school Russian intelligentsia.

For instance, famous author Mikhail Bulgakov wrote on Russia’s overwhelming obsession with seeds: “To my mind, we will reach paradise in the very moment sunflower seeds disappear from Moscow… Perhaps, I’m just a degenerate who doesn’t understand the great meaning of this national product… but possibly, sunflower seeds are just a disgusting thing that threatens to drown us in its slobbery shell.”

Such attitudes persisted. Both during the Soviet period and nowadays, sunflower seeds remained popular but it was and still is quite inappropriate to eat them in the street, spitting the shells everywhere. Nothing surprising about it: littering is not welcome anywhere. But there is nothing wrong about enjoying a pack of seeds at home. Or even in the street, if you carefully dispose of your shells. 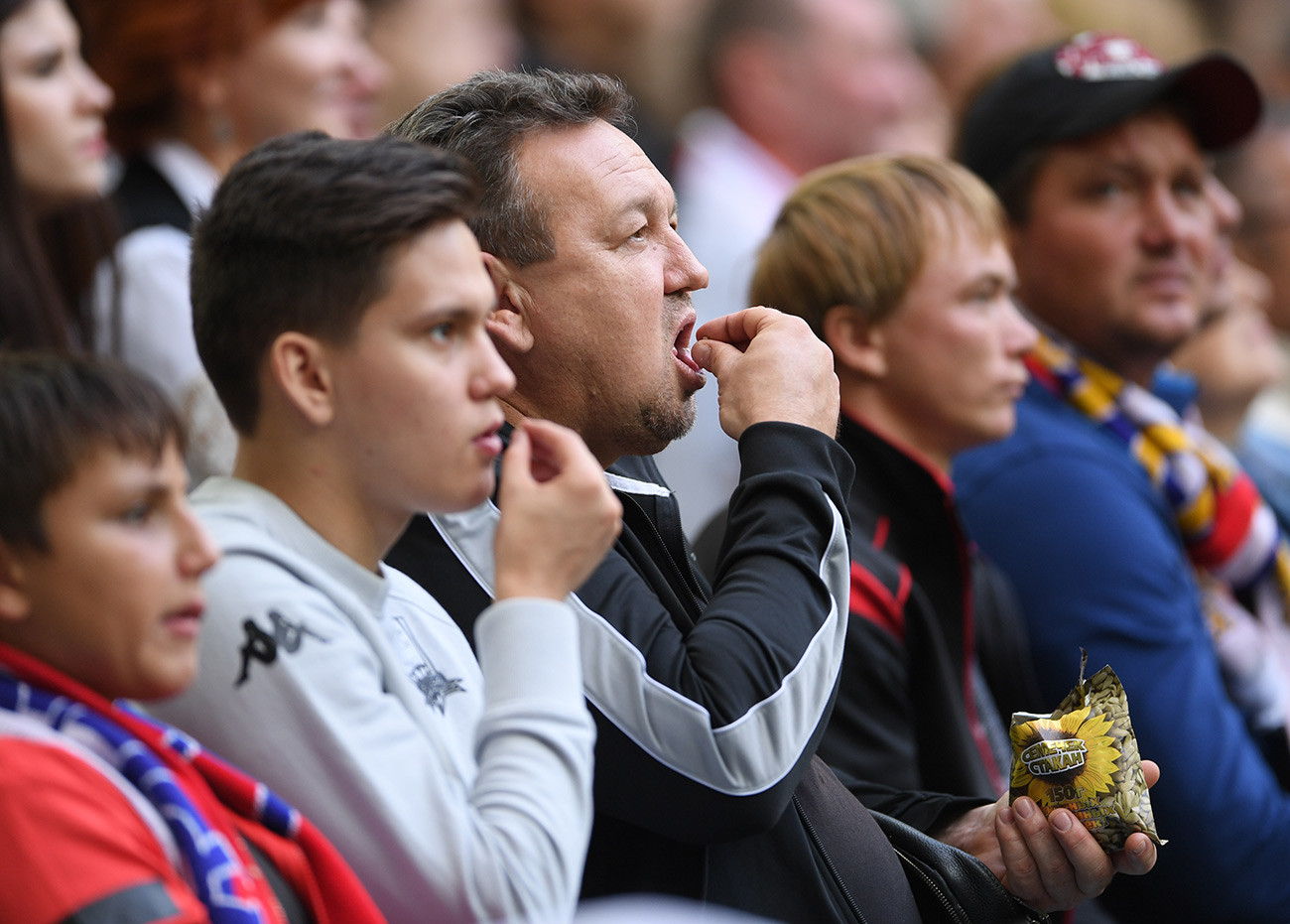 Russia’s love toward sunflower seeds is proven statistically: research names it the second-biggest producer in the world, outranked only by Ukraine (both countries inherited the culture of sunflower-growing from the Russian Empire and the USSR). According to a U.S. Department of Agriculture forecast, in 2018-2019 Russia was expected to produce 12.7 million metric tonnes annually.

But why do Russians love eating them so much? As psychologist Olga Uzhve told The Village, “First, this process is monotonous, automatic… for people, such a pastime may serve to reduce stress. Second, eating sunflower seeds is a good option for comfort eating [as they are low in calories]… Third, the company, of course! It’s easier to communicate with people over seeds: no awkward silences, people feel connected as they are occupied with one thing. Looking at all these things, one understands why it is almost impossible to stop eating them if you already began.” This is true – ask any Russian.

This article is part of the "Why Russia…?" series in which Russia Beyond answers popular questions about Russia.