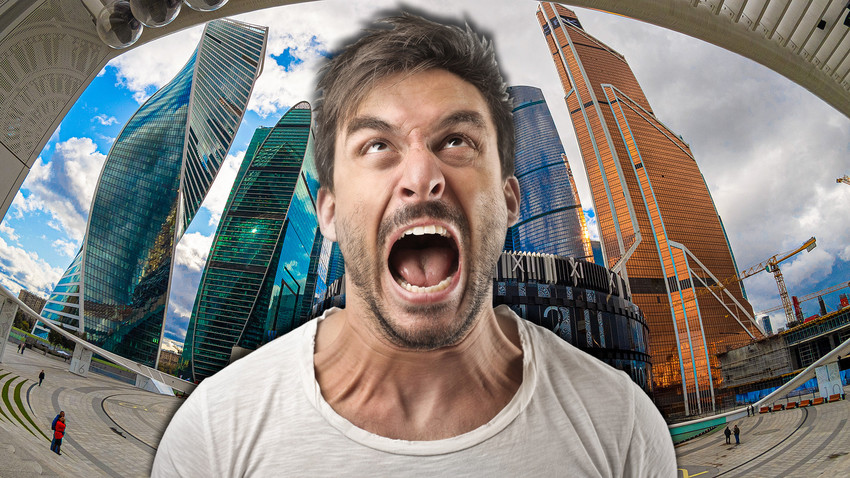 Komsomolskaya Pravda/Global Look Press/Legion Media
No, residents of the capital don’t hate their own city. They are the first to defend its honor and prove that it's the best city in Russia and possibly the world. But nothing’s perfect, right? Muscovites know this only too well. Here’s what sometimes bugs them in their beloved metropolis.

No trashcans in the subway 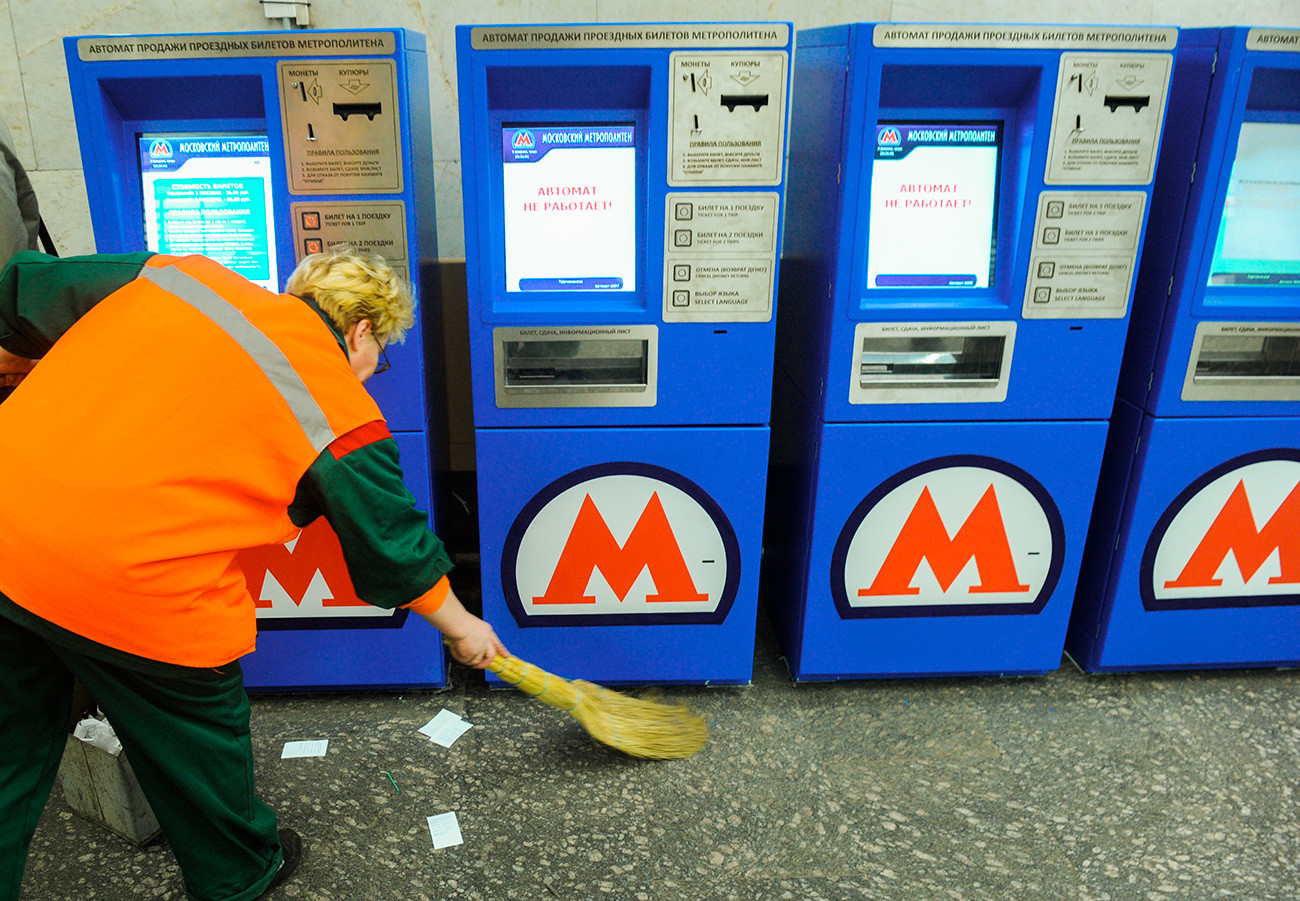 Just to be clear, the Moscow Metro is fantastic, and Muscovites know it. They don’t need telling, least of all by a foreigner. All the same, this doesn't mean there's no room for improvement. For instance, the lack of garbage bins. Muscovites put up with it only because they have no choice. But believe you me, no one likes it. “I’m forever wrapping gum in train tickets, I’ve got loads of them. And there’s always my backpack as a temporary trashcan till I get outside,” says Maria.

In fact, trashcans were removed back in the 1970s as a precaution against terror attacks. 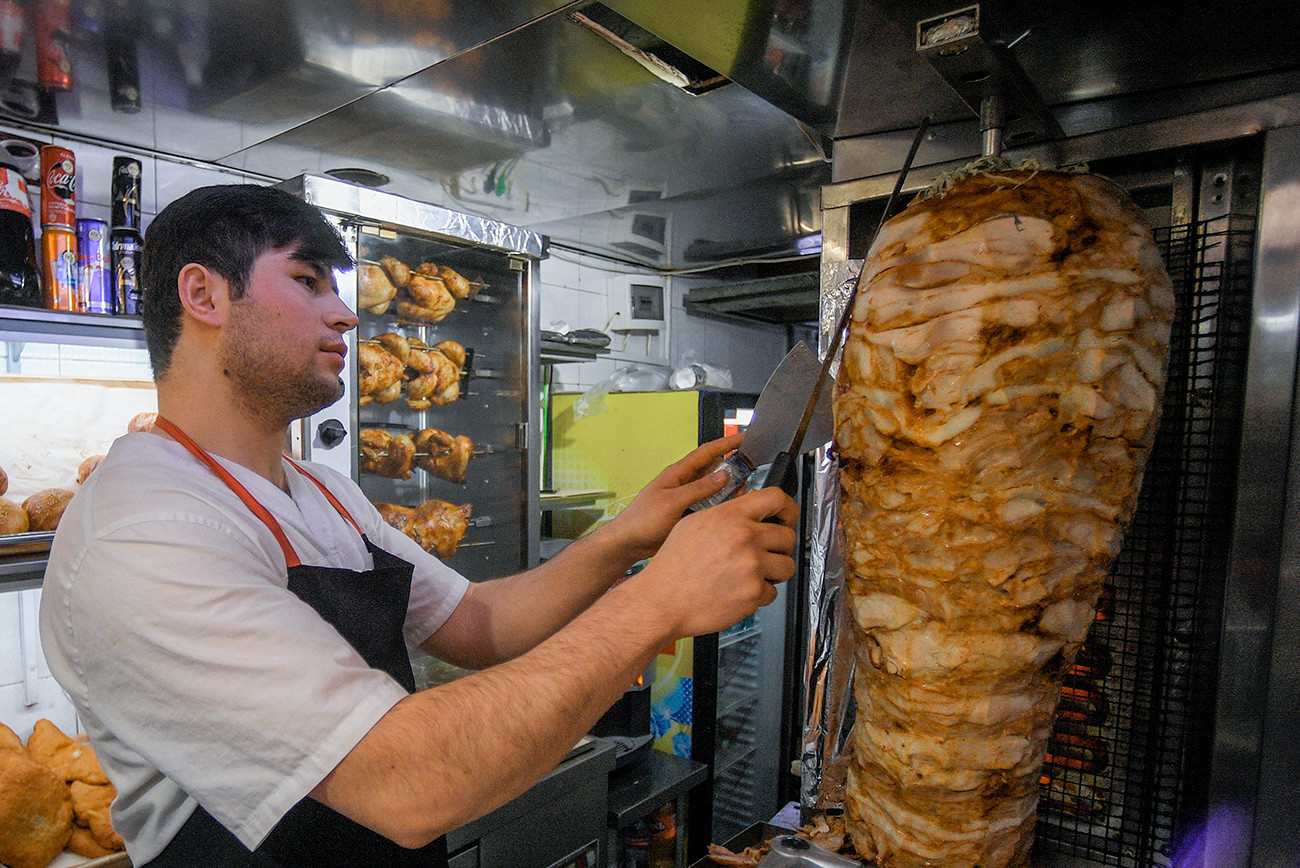 Without money, living in Moscow is a belt-tightening exercise. The problem lies not with food in supermarkets, nor is there a shortage of restaurants and gastronomic attractions. It has to do with the lack of good, affordable street food. There’s always McDonald’s and Burger King, of course, but unhealthy, conveyor-belt fare is not what we’re after. Good cheap food can be found, but it takes a lot of research both online and on foot. VKontakte, Russia’s most popular social network, even has a “shawarma review” community, where Muscovites publish detailed "foodback" on the city’s most common street delicacy — meat in lavash bread. And all because decent street food here is like a piece of hay in a needle stack, i.e. painfully difficult to find. 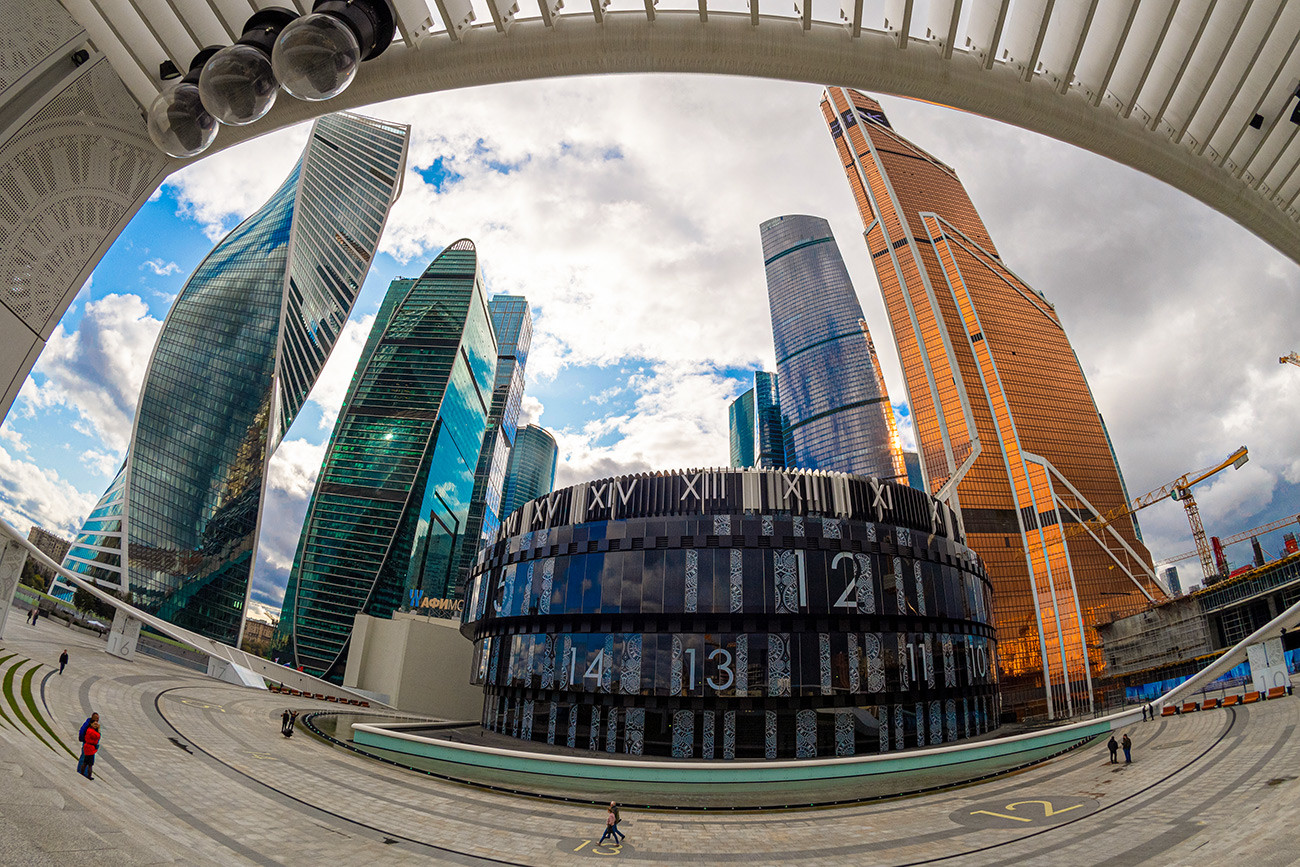 This one’s a bit of a paradox: Muscovites have been striving to make Moscow a European city for many years (and have largely succeeded), yet they sneer at the Moscow International Business Center (aka Moskva-City) — a project conceived as a progressive development with Western-style skyscrapers.

Moskva-City has far more opponents than fans. Some of them lament that the historic part of the city was demolished for the sake of glass and steel, while others simply cannot stand the monstrosity: “First, it’s a totally soulless place where you feel like an ant, like in some kind of dystopia. Second, the infrastructure is terrible and disorienting. It’s a real maze. By the time you’ve got there, parked up, and figured out where to go, you’re ready to explode,” says Alexei Averyanov of Moscow. 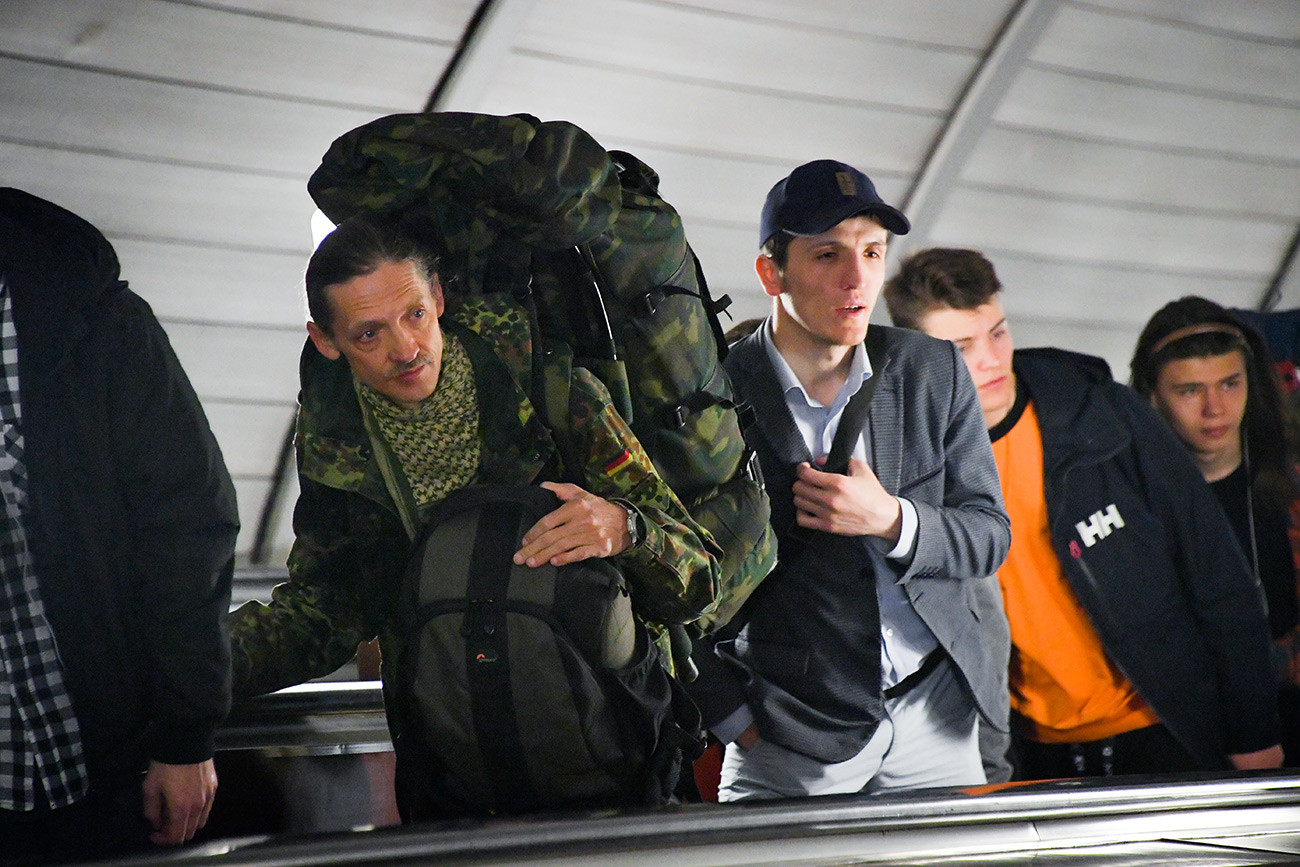 There are some things that no one can tolerate in the Moscow subway, and one of them is backpacks. No, not oversized bags, not people with suitcases in rush hour, and not even delivery guys carrying extra-large pizzas — but backpacks. “People with backpacks are aggressively pursued in the Moscow subway, it’s inexplicable discrimination. I mean, you go in with a huge bag over your shoulder, and everything’s fine, but if you have — horror of horrors — a backpack, you’re immediately the enemy of all mankind,” says Holly Roberts, cofounder of Britannia School, a British kindergarten, who’s lived in Moscow for over a decade. 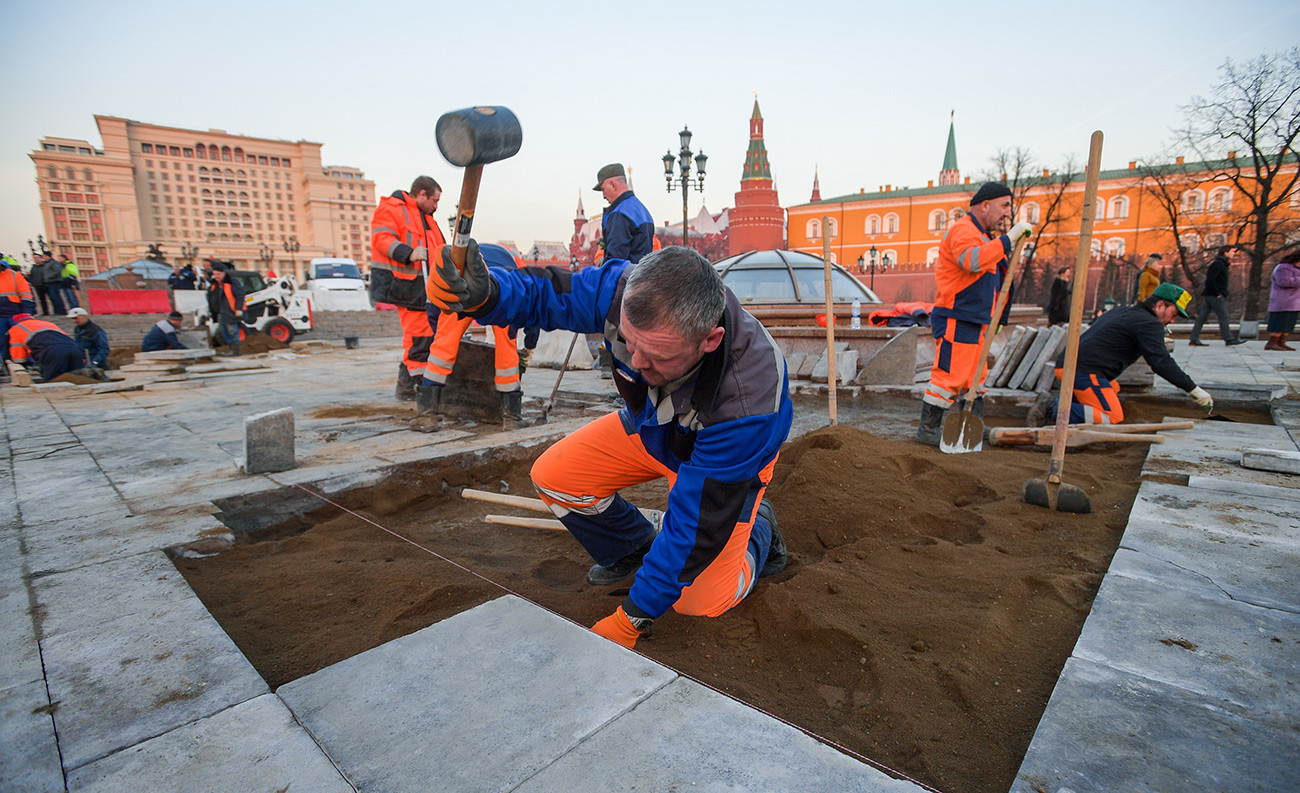 Road resurfacing is almost a national sport in Russia, and especially in Moscow. The latest scheme (now ten years in progress) is to replace all the asphalt with pavers. It’s enough to enrage even the most docile pacifist. On the other hand, it’s a good way to learn Russian swearwords when in the company of locals. Some people disagree with the fundamental concept: Why resurface the entire city when the asphalt wasn’t even that bad in the first place?

Sometimes it verges on surrealism: “In the morning they lay [paving blocks], and in the evening remove them. No one can fathom the meaning of this sacred ritual,” opine Muscovites on online forums, attaching photographic evidence. The authorities have given numerous explanations, but words don’t make the traffic move quicker. 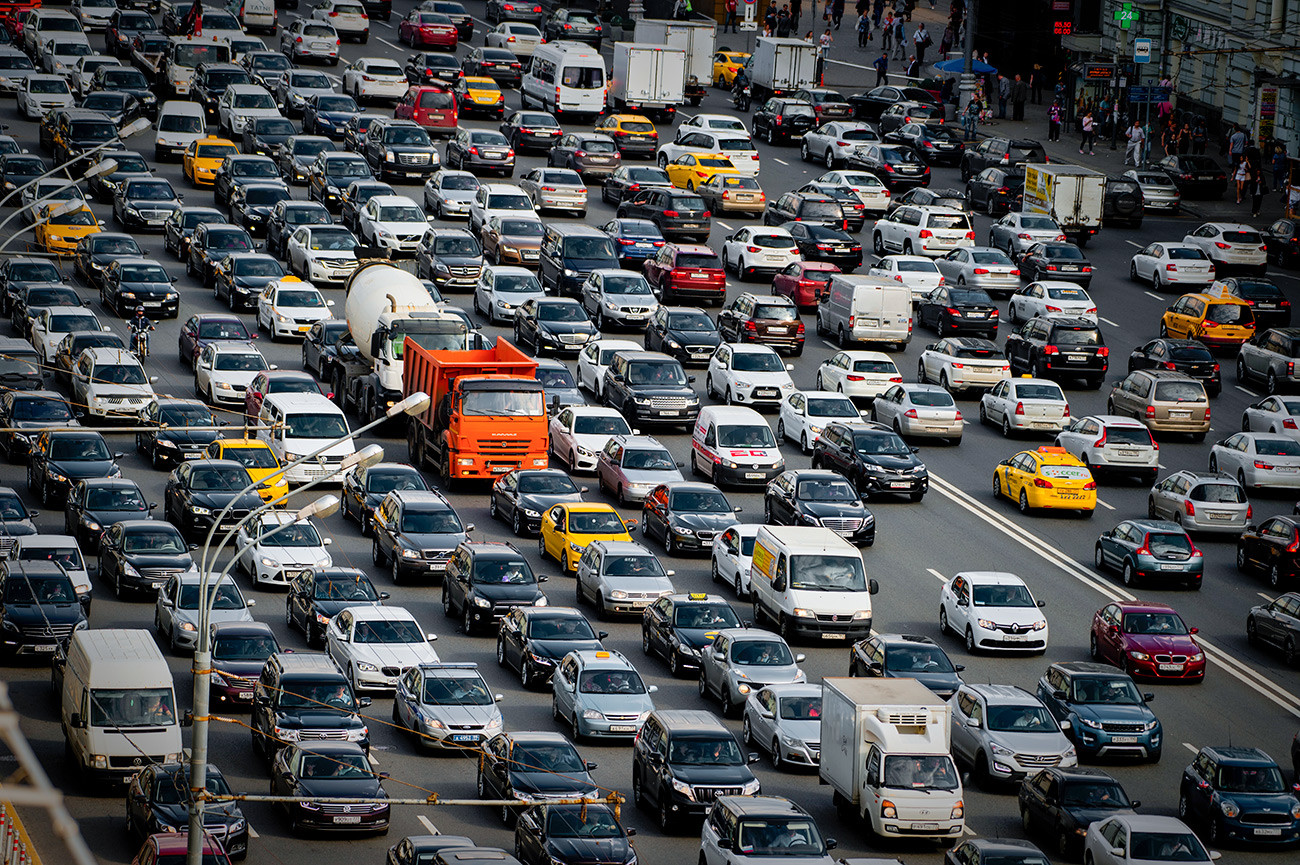 These are the bane of existence in Moscow, which is home to so many people and motorists that they can’t all fit onto the roads, no matter how ingeniously they are laid out. The recent reconstruction of the center of Moscow added fuel to the already raging fire — many sidewalks were significantly widened (thus narrowing the roads). “Why do we need such ludicrously wide sidewalks for literally two people?” rants Vladimir Tryachtsynb.

The introduction of paid parking lots in the city center also got many people’s proverbial goat (although theoretically it should help relieve congestion on the roads): “Paid parking lots might be what’s needed, but when you drive to the center and need to leave your car for 5-10 minutes, there’s nowhere to do it!” adds Vladimir. Meanwhile, the deadly battles for parking spots in residential yards — including slashed tires and horses’ heads (well, not yet at least) — are already the stuff of legend.

The Peter the Great statue 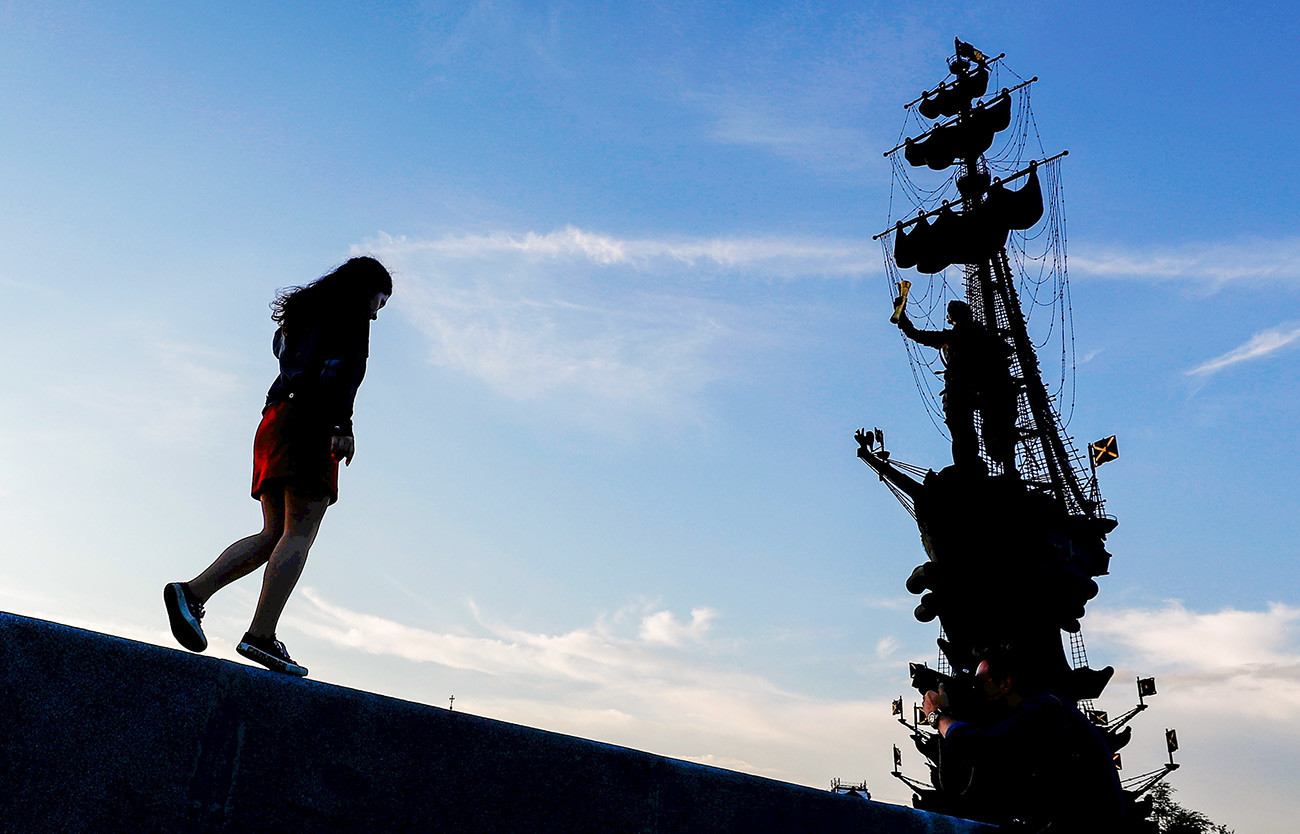 The monument to Peter the Great by sculptor Zurab Tsereteli, which stands on an artificial island (called the “strelka” by locals) on a confluence of the Moskva River, is despised by many. Since its installation in 1997, Muscovites have never warmed to it, and talk of removing it never dies. Here’s why: “The monument was in fact made for New York, and was originally not Peter, but Columbus. When New York refused it on the grounds that it already had the Statue of Liberty, Columbus was decapitated and Peter’s head was soldered on. Which also explains why he’s wearing 15th-century Spanish clothing. In any case, the structure, in itself quite ugly, was designed to look out over the ocean at least a kilometer into the distance. But in Moscow it ended up on the bank of a rather narrow river, discombobulating passers-by with its glaringly absurd scale,” explains Moscow architect Max Kuchinsky.

People who leap onto departing trains 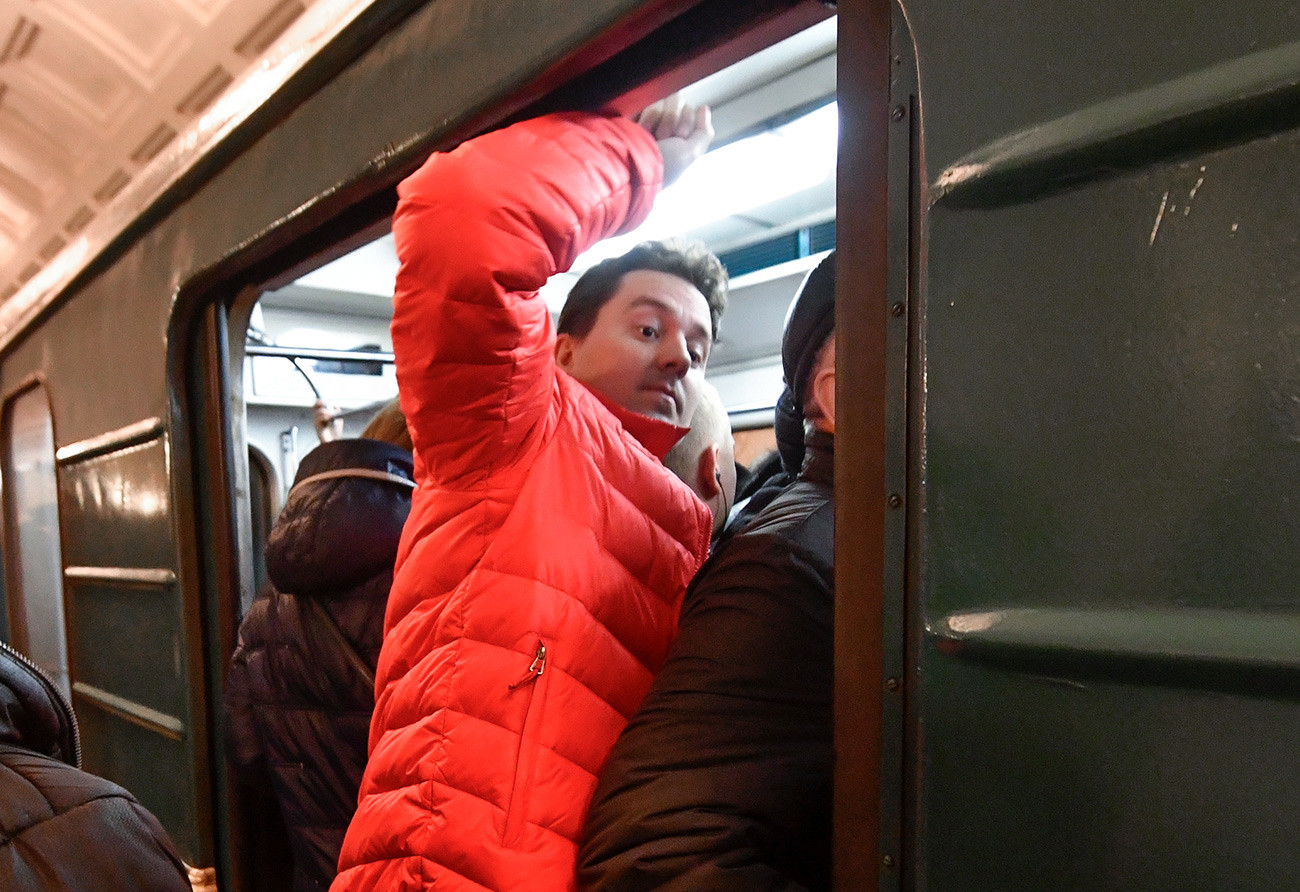 “They even have helpers. Guys usually. They stand at the door, and if they see a person running, they’ll always hold it open. But different cars have different doors, with different sensitivity. It often happens that trains have to go to the service depot after such incidents — with up to 2,000 people on board. And all because some wise guy couldn’t wait two minutes for the next one,” writes a Moscow subway driver on the Pikabu forum. 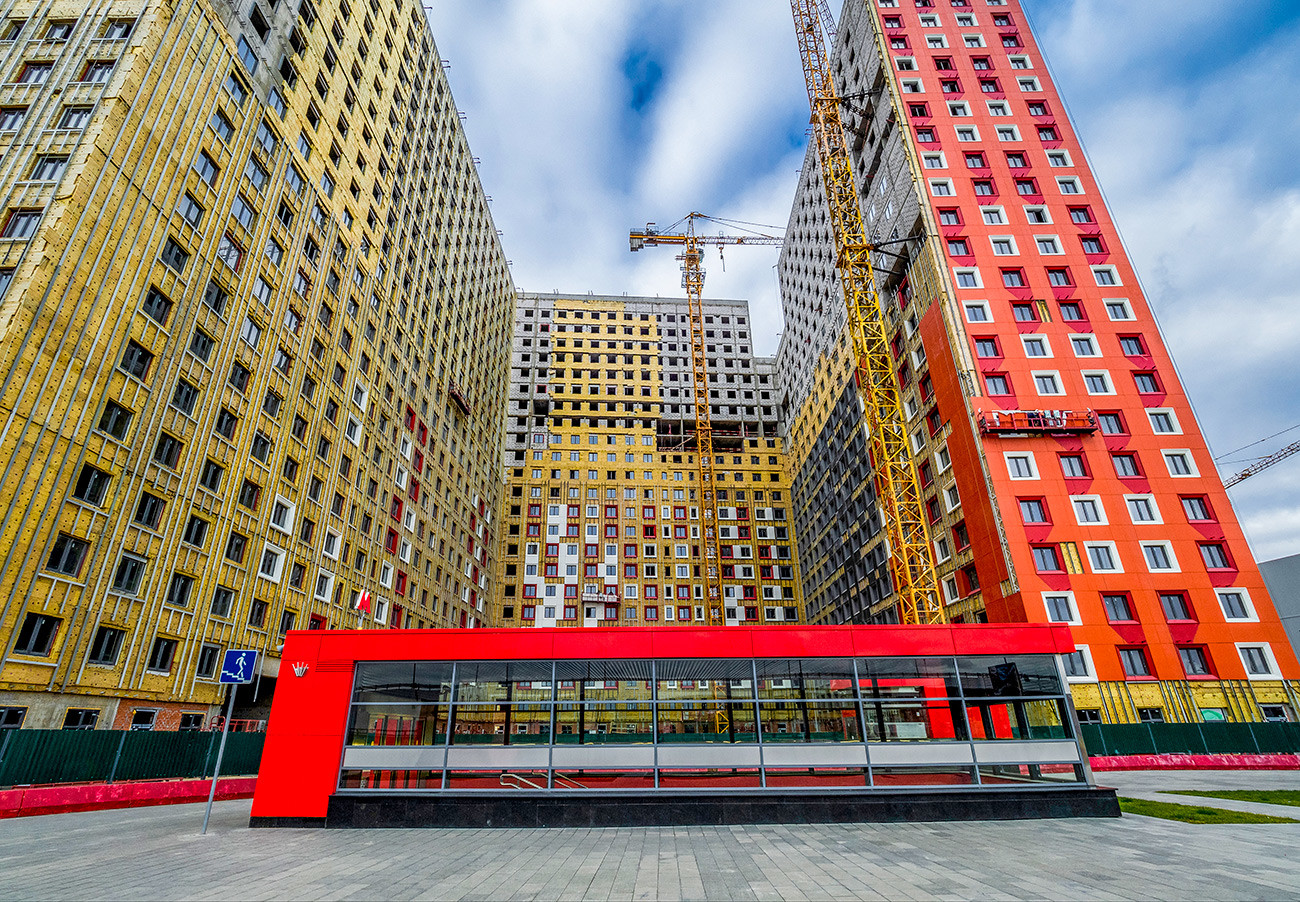 Moscow gets accused of lacking coziness. There's even a common saying: “Moscow is not for life, Moscow is for money.” The point is that Moscow provides an income, but not pleasant living conditions. And high-rise construction gets part of the blame.

“I can’t for the life of me understand why 20-storey buildings are being put up in the largest country in the world by area. The rest of the planet abandoned such apartment blocks back in the 70s. People in such buildings have no way to establish neighborly relations or get to know each other. And the architecture itself weighs on them, instilling a sense of worthlessness,” says Muscovite Bulat Mingulov.