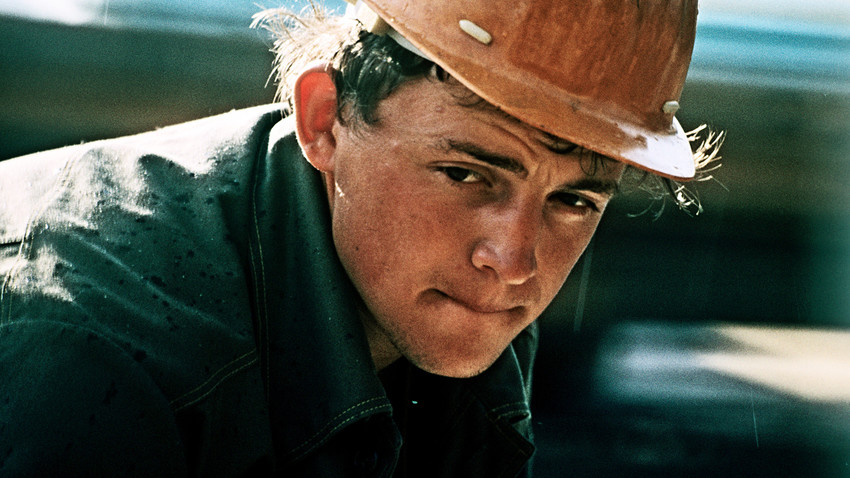 I. Zotin/Sputnik
Having surveyed part of the route of the future Baikal-Amur Mainline (BAM), Colonel Nikolai Voloshinov of the Tsarist General Staff declared it to be Project Impossible (not his exact words). A century later, trains started rolling through the taiga forest and permafrost. But at what cost?

During the perestroika period in the 1980s, the BAM got its own meme: “The longest monument to stagnation.” Winding 4,287 km across rivers, wilderness, and frozen ground, its construction could hardly have been more complex.

The word “longest” referred not only to its length, but schedule. It was under construction for so long that it picked up another nickname: “Project of the century” - but not in a positive sense. It had consumed so much blood and treasure that its completion at any price was already a matter of principle. 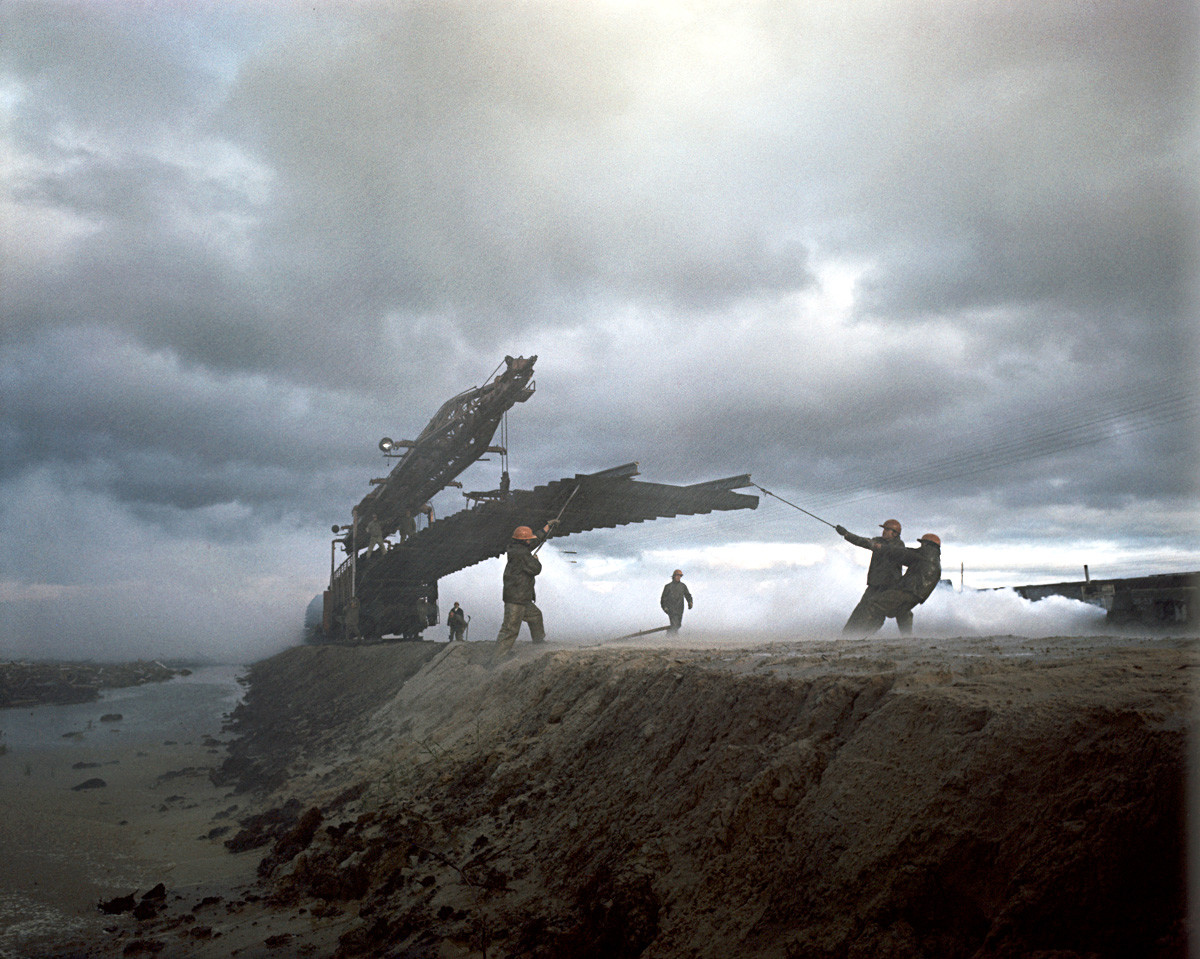 It all began (as many things did) under Stalin back in 1932 with a government resolution entitled “On the construction of the Baikal-Amur Railway” with a proposed deadline of 3.5 years. This ridiculous timeframe reveals how little the party leadership knew about Russia’s Far East. 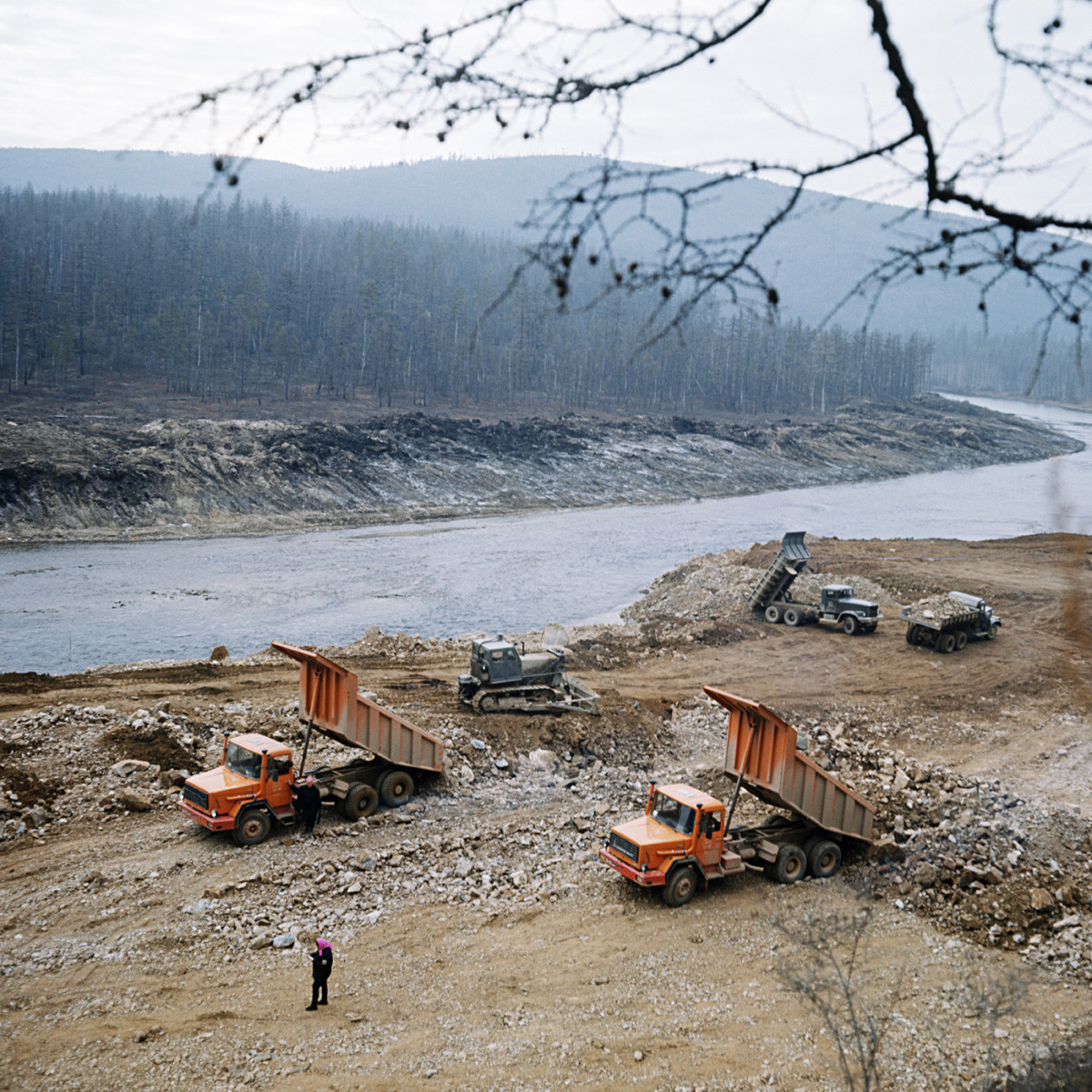 Most of the route crosses the gigantic territories of Yakutia, Chukotka, and Kolyma, all parts of the world harder to reach than the Moon. Many sections of the line cut through roadless terrain and across turbulent rivers (11 in total). 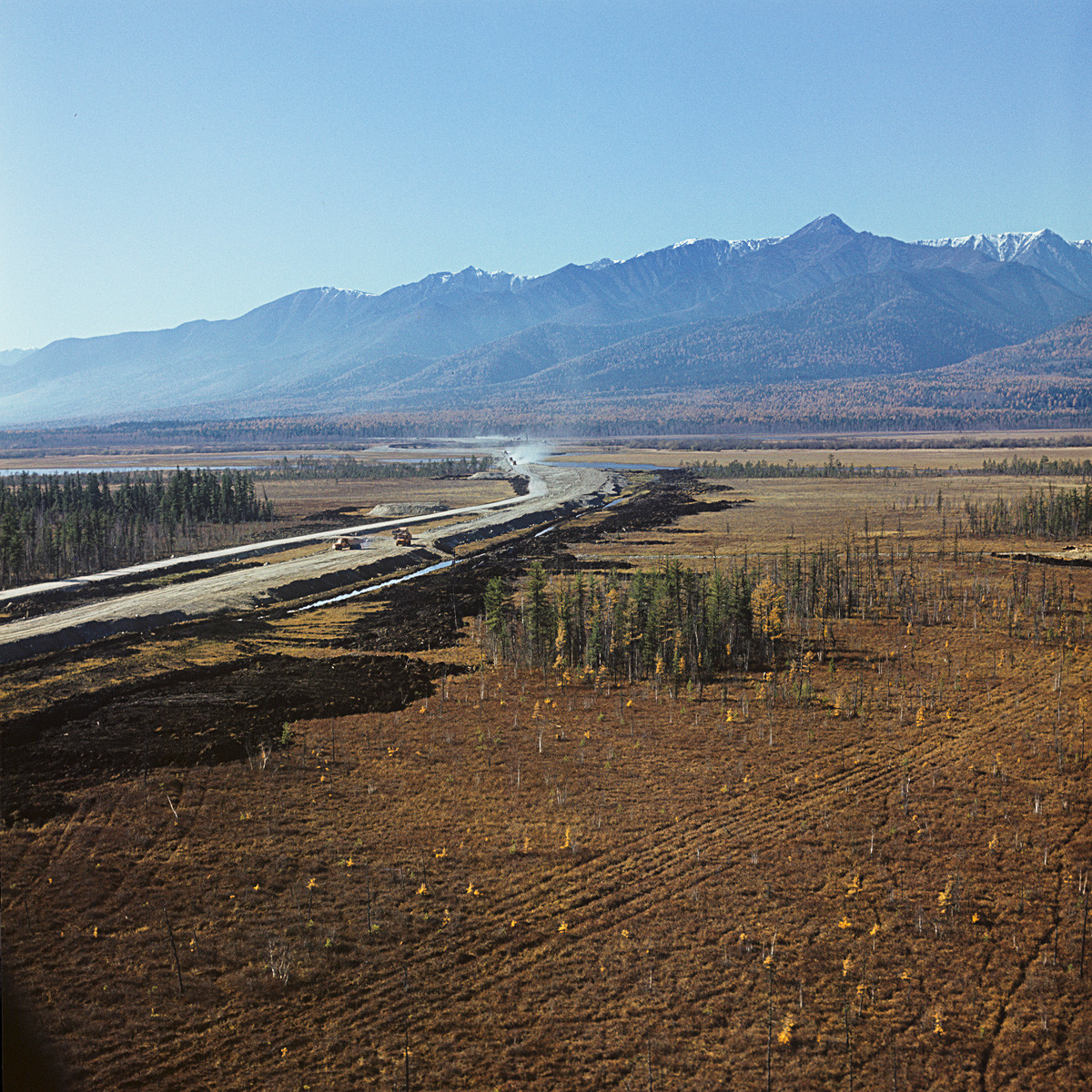 All this shattered the Kremlin’s idea for a quick “shock construction project” (the building equivalent of a blitzkrieg). Besides, no one wanted to go to the region. The BAM needed 12,000 diggers, but only 504 were available; 2,389 drillers were required, but only 50 were on hand, and so it went on. But the BAM had to be built. First, it was part of the drive to populate Siberia and the Far East, where so many resources were located. Second, it was necessary to boost border security and supply a base for the Pacific Fleet. And third, the Far Eastern territories were connected to the rest of Russia only via a slender spur of the Trans-Siberian. Were an enemy to block it, vast swathes of the country would be totally isolated. 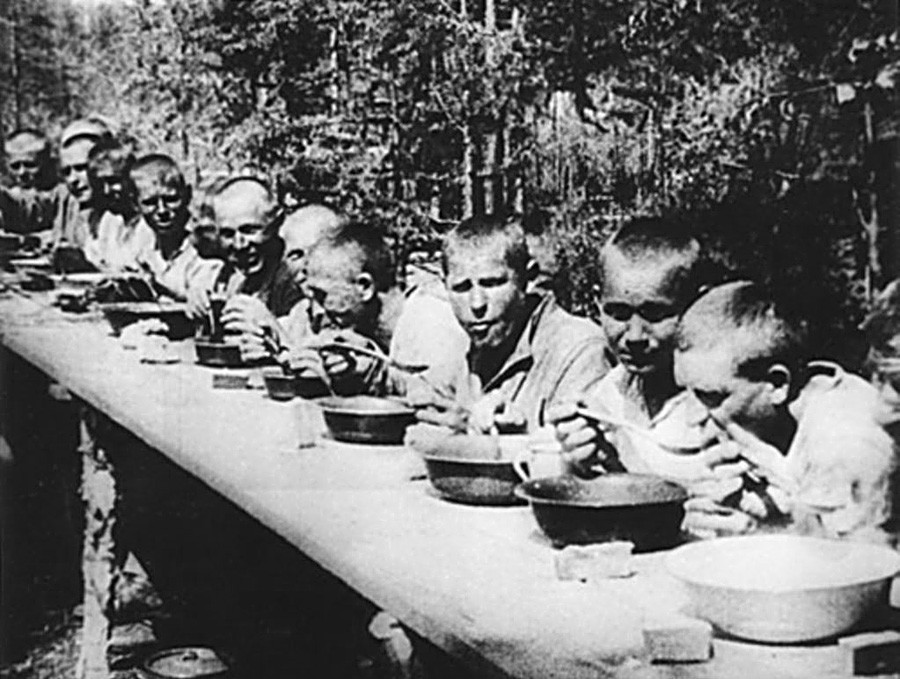 It was decided to opt for a tried-and-tested scheme: Prisoners were relocated to newly set-up labor camps in the taiga forest. By May 1, 1933, there already 32,411 people working on the project. In winter, temperatures here dropped to -50 C, and in summer swarms of flesh-eating midges literally ate people alive. For the first 18 months, the convicts were housed in the open air next to campfires. Tents were not provided; the daily ration was 400 grams of bread. 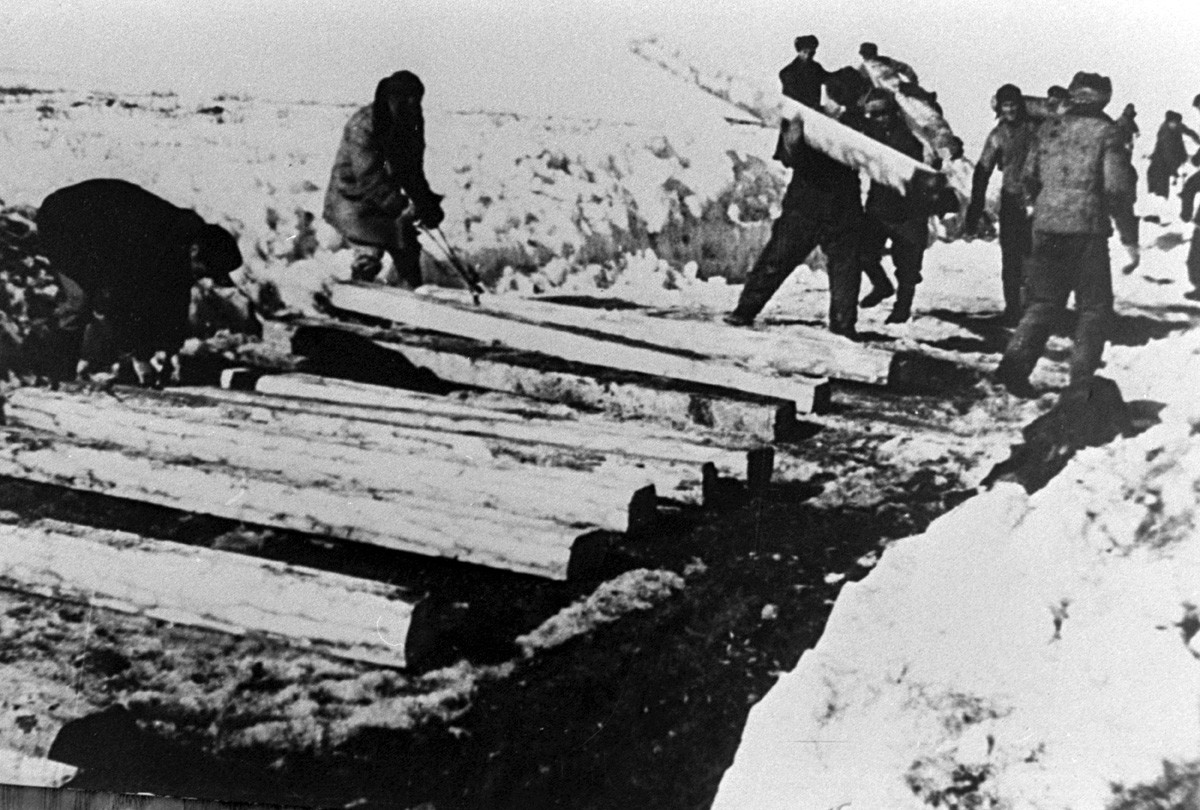 The dead were replaced by new arrivals, and by mid-1937 the first 190 km had been laid. The second stage stretching 5,000 km was due to be completed in 1945, but WW2 intervened. And on the death of Stalin in 1953, the project was completely forgotten. 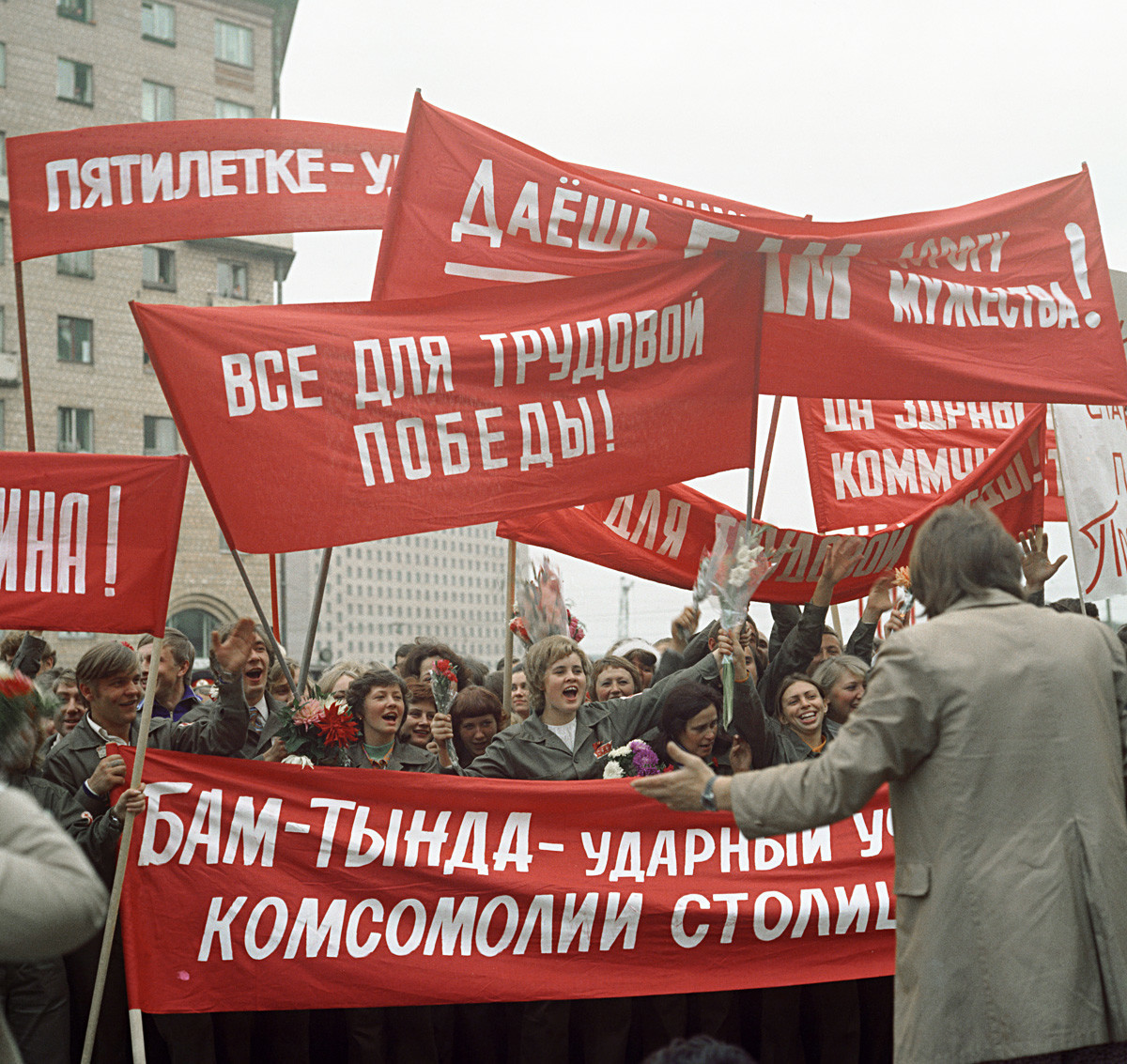 The mega-project was given a new lease of life under Leonid Brezhnev. In April 1974, the BAM was declared an “All-Union Komsomol construction project,” which for many is when the railway was officially born. This meant that the BAM would now be built by young people from Komsomol organizations from all over the country. A large-scale propaganda campaign was unfurled. Henceforth, the BAM was spoken about only in reverential tones, as if the promised future depended upon it. 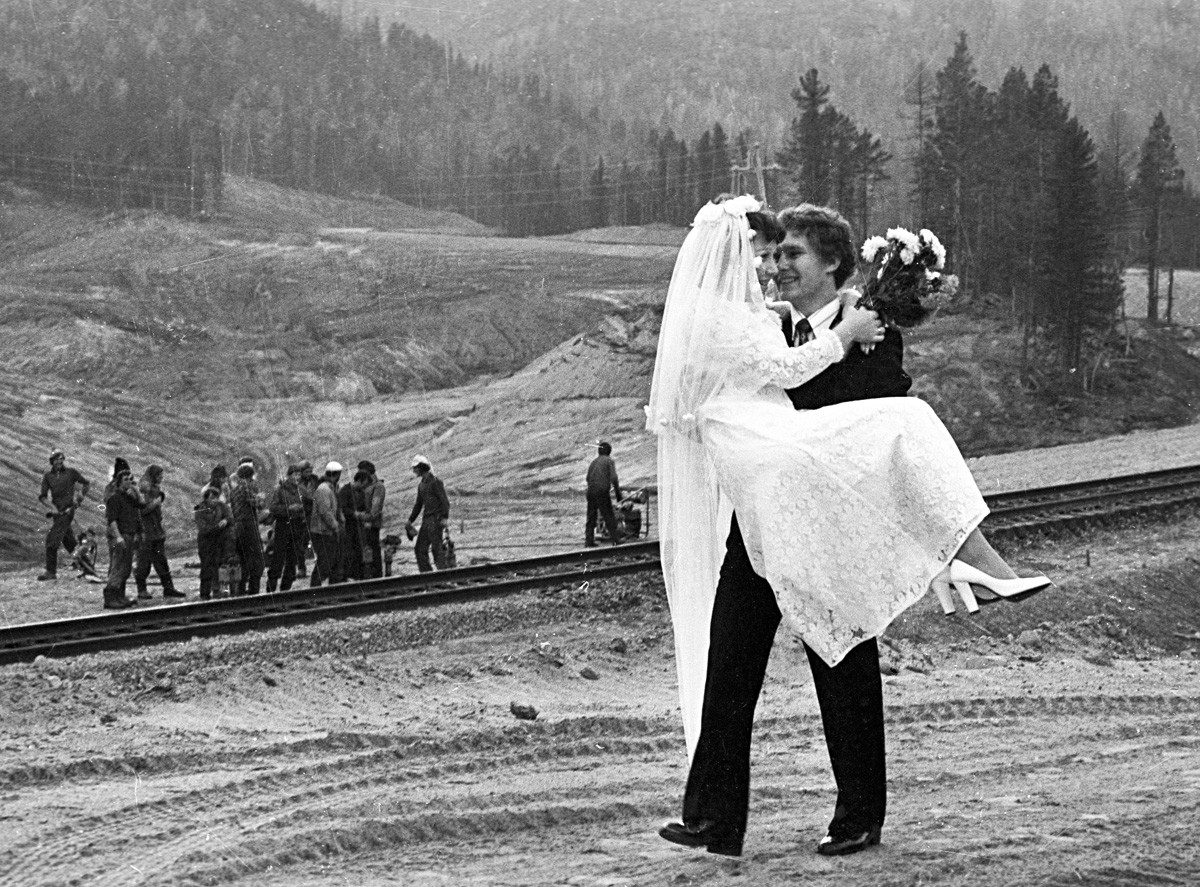 BAM wages were, for the time, enormous. In the early 1980s, the average BAM worker salary was 322 rubles, while elsewhere in the USSR it was under 180 rubles. The BAM attracted those wanting to be able to afford a car, apartment, or dacha. 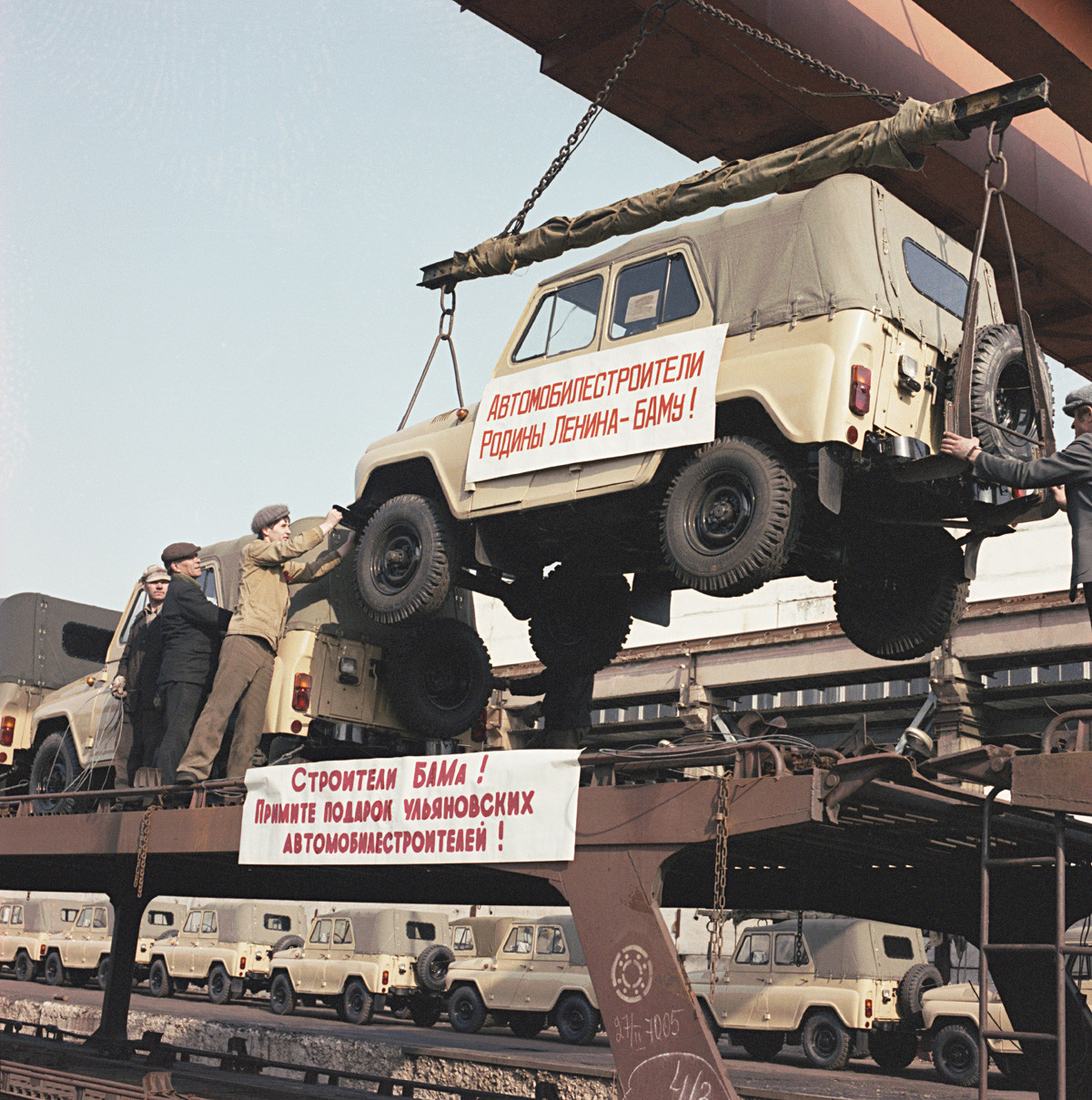 What’s more, supplies of goods, furniture, clothes, etc. were better even than in Moscow. New settlements with what was then decent-quality housing mushroomed, and singers and actors visited the area to whip up enthusiasm for the project. The BAM was eulogized in dozens of poems and songs. “We lived under communism,” Nikolai Martsenyuk, a BAM veteran, recalled. 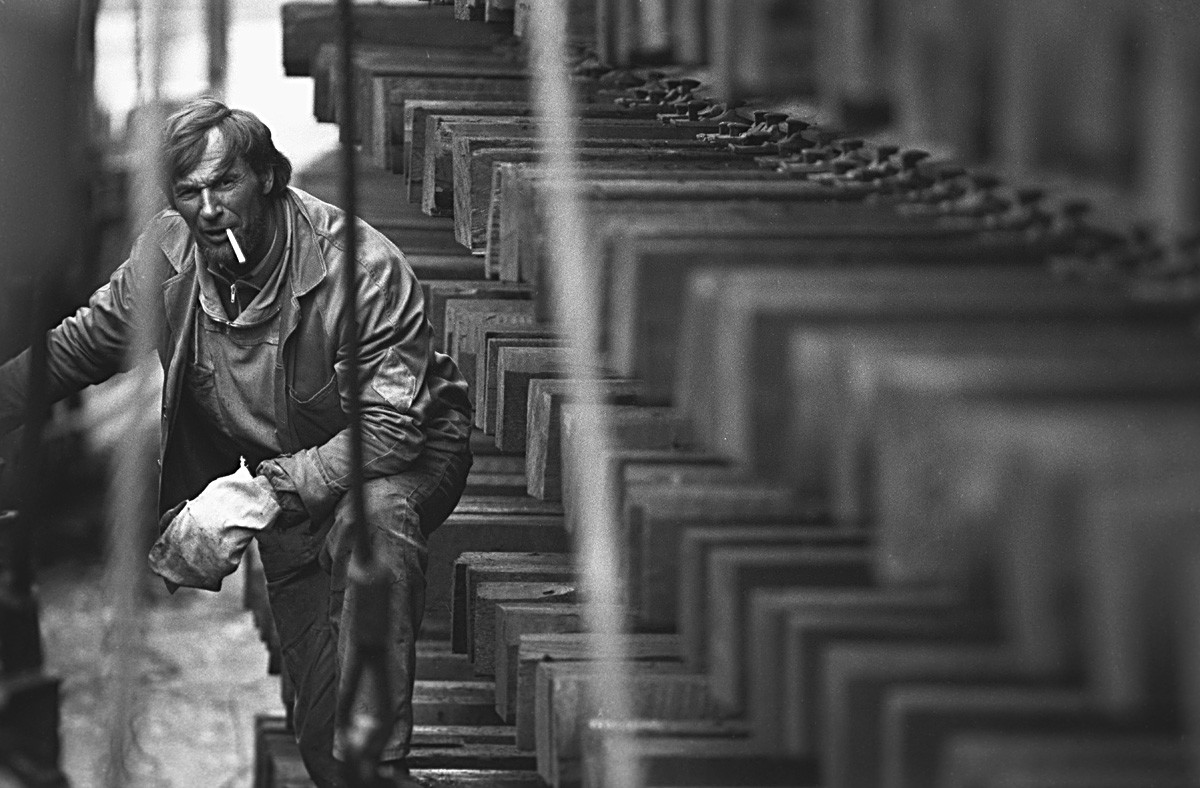 Behind this ideological façade, the actual purpose of the railway was somehow forgotten. The economic objective – to develop the Far Eastern territories – gave way to another, more romantic notion: the people’s mastery of nature. Many went there simply because the party told them to. Newspapers were full of headlines: “The Party says, ‘Go!’ Komsomol replies, ‘Yes!’” 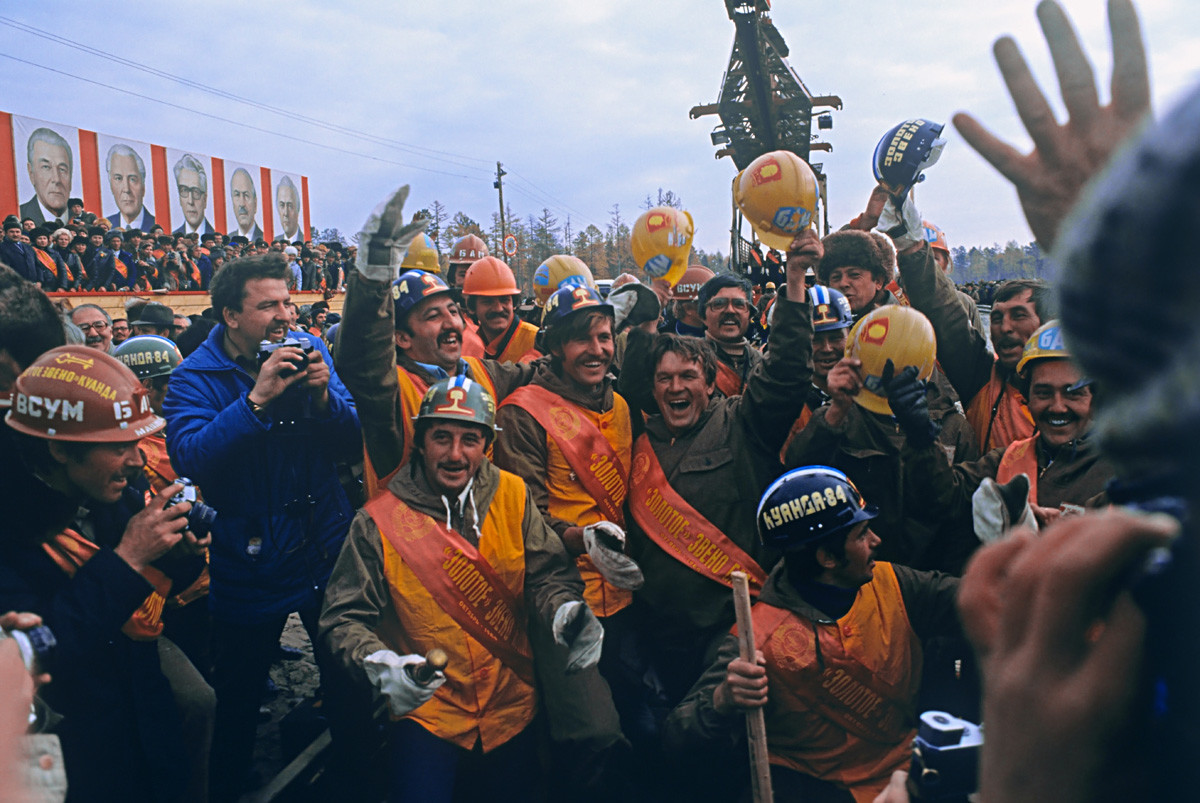 But “communism” ended with the death of “worker-in-chief” Brezhnev. By mid-1980s perestroika, even the BAM was suffering shortages: flour, sugar, matches, and other products were issued against coupons. All plans to develop the territories remained on paper, yet the line itself was completed. In 1989, the Baikal-Amur Mainline finally went live, and two years later the Soviet Union died. 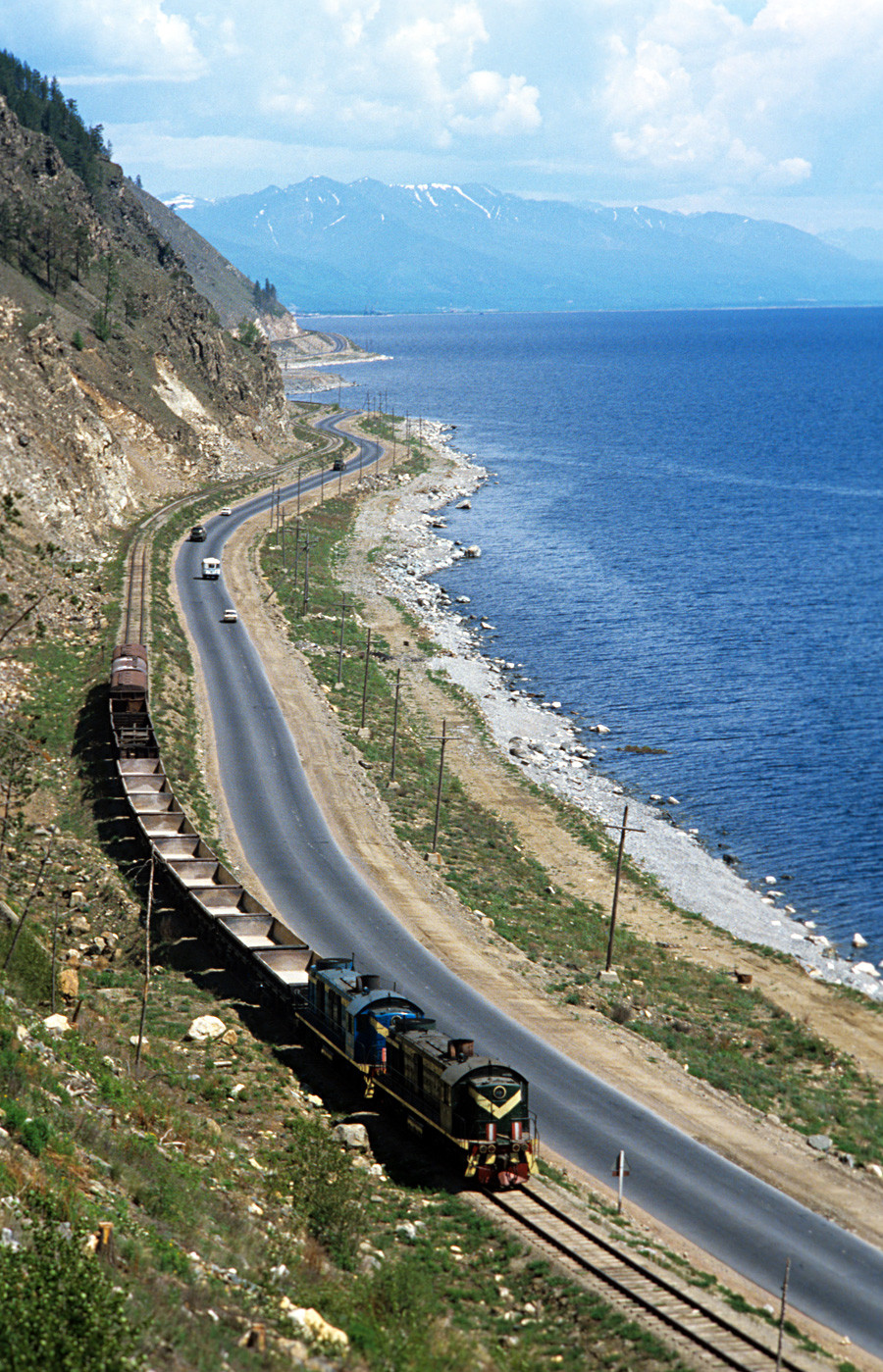 Despite widespread poverty, unemployment, and general chaos, the line survived the 1990s. Since then, attitudes to it have shifted. Whereas in the early 2000s, it was derided as a loss-making white elephant, today there are calls to double its capacity. BAM-2 here we come!