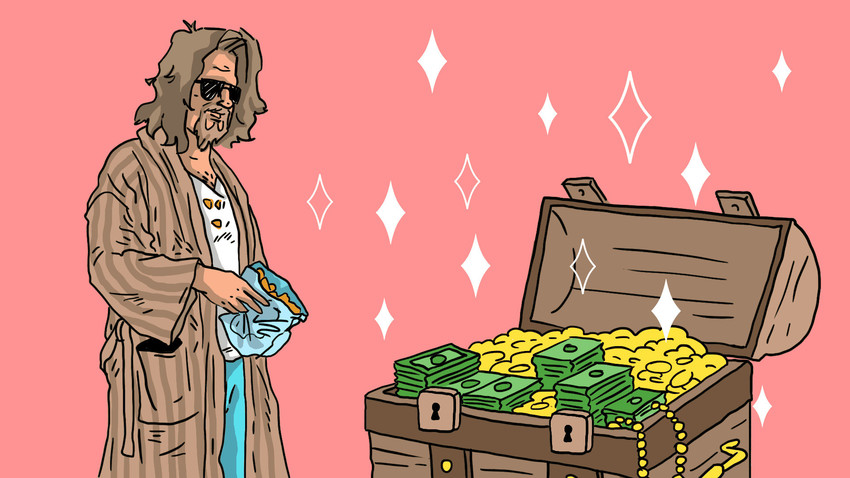 Ain't it great to get good stuff just for free?

Natalya Nosova
Working hard is the way to freedom, prosperity and happiness? Nah, leave that to the Americans.

Every translator has to stop and take a deep breath before trying to explain to non-Russians the meaning of a short and beautiful word халява (khalyava). The closest word in English is ‘freebie’, but the Russian khalyava means so much more than just some stuff given for free. It’s a whole ethos. An expression of national philosophy.

When you find a banknote lying in the snow, and grab it, it is khalyava. When a friend invites you to the movies because his girlfriend couldn’t make it, and it’s too late to return the ticket, it is khalyava. But when you, say, don’t really study before your exam and just get an ‘A’ because of sheer luck, or the professor’s good mood – it is also khalyava. To this day, there is a tradition: students, desperate before their tests, open windows at night and shout: “Khalyava, come!” – summoning good luck. Heck, I’ve also done it when I was a student (when there was some biblical monstrosity of an exam lying ahead). Don’t remember if it worked but my life turned out fine.

Basically, khalyava is the mix of ‘freebie’ and ‘luck’, it’s any set of circumstances that lets you get something good (be it money, or a thing, or a good result on a  test) without making any effort. And getting all these good things nakhalyavu (‘on khalyava’, for free) is a dream. The Russian dream. 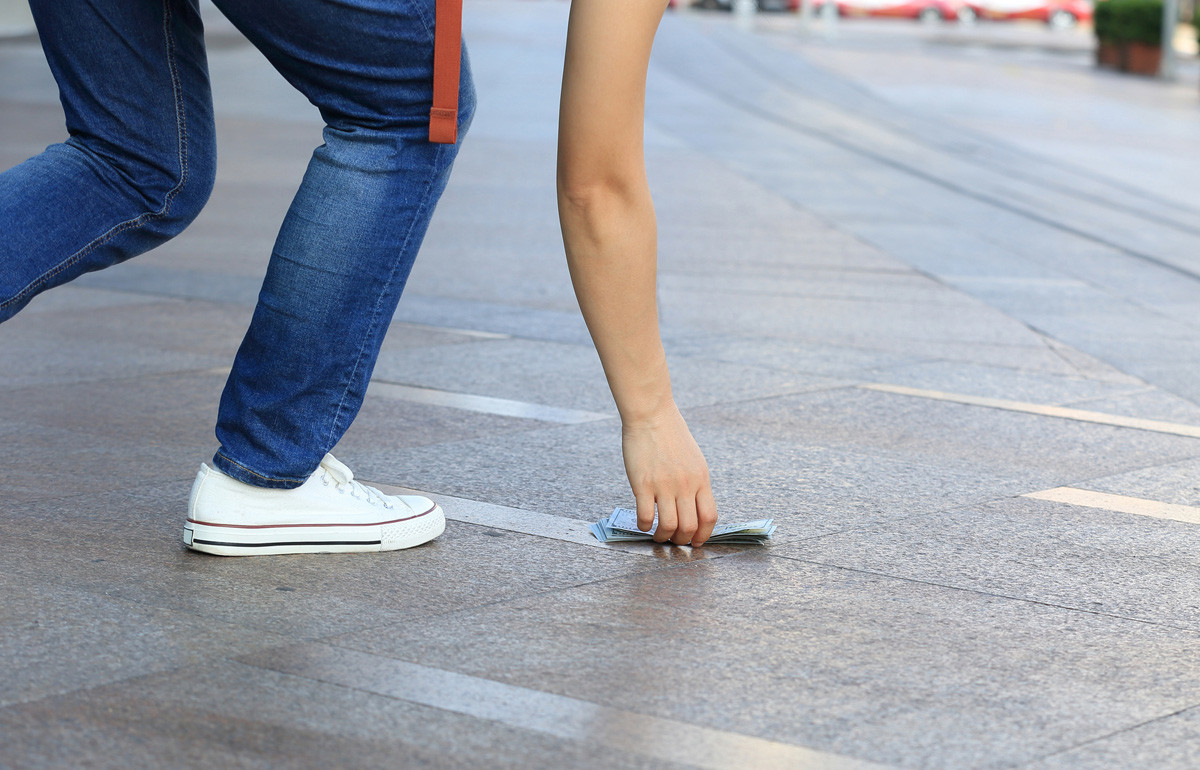 Would you take someone else's money if no one sees it?

There is no shortage of people who criticize the concept of khalyava, finding it harmful and promoting laziness. Neil Martin, an English teacher in Russia, wrote in his article for BBC Russia in 2014: “Don’t get me wrong, I’m all for khalyava, like any other human – if we’re talking about free Wi-Fi or tastings in shops… but in universities, it’s a dangerous approach. Higher education… prepares students for real, post-college life where there is no khalyava. Students must not expect to get an ‘A’ for free.”

Not all khalyava is created equal, and some are more harmful than the others: like riding stowaway (people easily get away with it if they don’t face conductors) or downloading music, films and books from the internet without paying.

Those who can’t stand such behavior, like producer and distributor Sam Klebanov, believe that the love of khalyava dangerously resembles stealing. “[Downloading from] torrents is basically stealing. Of course, getting something nakhalyavu is way more pleasant than paying for it… but it’s like stealing wallets on the subway,” Klebanov said.

I once faced such a predicament myself. Coming home on a dark winter night (or 4 PM Moscow time), I noticed a 100 rubles lying all alone in the snow, with no one around. Okay, I thought, it’s still money (about $1,5 – thank you, 2014 financial crisis) and took that stroke of luck with me. After coming home I cheerfully shared the glorious story of finding money with my girlfriend – a far more decent human being than myself, and she gave me a look one might expect after having just told a story about stabbing a passer-by: “But it was someone else’s money,” she said. “Why did you take it?”

Oh come on, woman. We didn’t live under a communist regime for 70 years to suddenly start cherishing private property.

Let me be clear: I don’t support stealing, be it a profession or a hobby. Had I seen the person who dropped that banknote, I’m pretty sure I would have told them about it. And I don’t steal wallets on the subway (or anywhere else). But when I see money lying around with no particular owner – hell, I grab it. And I often download films and books from torrents, feeling zero shame for it. If I could download free food from the web, you bet your ass I would be doing it as well.

In other words, I adore khalyava as much as the next Russian. And I have several words to say about why that’s okay.

The typical American dream, which dominates the Western world, is simple: start with nothing, work hard, devote all of your skills and passion to reaching your goals – and you’ll succeed eventually (or die trying). Russians take a different approach: from the cradle, we are sure that working hard hardly brings you success.

In Russia, something can always happen that will sabotage the fruits of your labor. You are an 18th-century peasant working your land hard – but a couple of years of poor harvest, and you are starving. You are a successful Moscow bourgeois in the early 20th-century, business is thriving – oopsie, here goes World War I, a couple of revolutions, the Bolsheviks come to power and deprive you of your business (maybe shooting you as well). You are a Soviet steelworker in the 1930s who does twice his weekly norm and enjoys the praise – but one day a neighbor snitches on you or spins a story about your Trotskian leanings, and it’s “off to the GULAG, comrade.”

The latest global paradigm shift to date happened in the 1990s. Tens of thousands of people raised in the Soviet system, having lost everything (careers, money, futures) had their lives changed irreversibly, all while several dozen people got extremely rich in a second because they were cunning enough, had the right connections and quickly appropriated enterprises and businesses. These people are called oligarchs and in the public eye they provide a perfect example of getting a lot nakhalyavu. (Though they understandably disagree.) 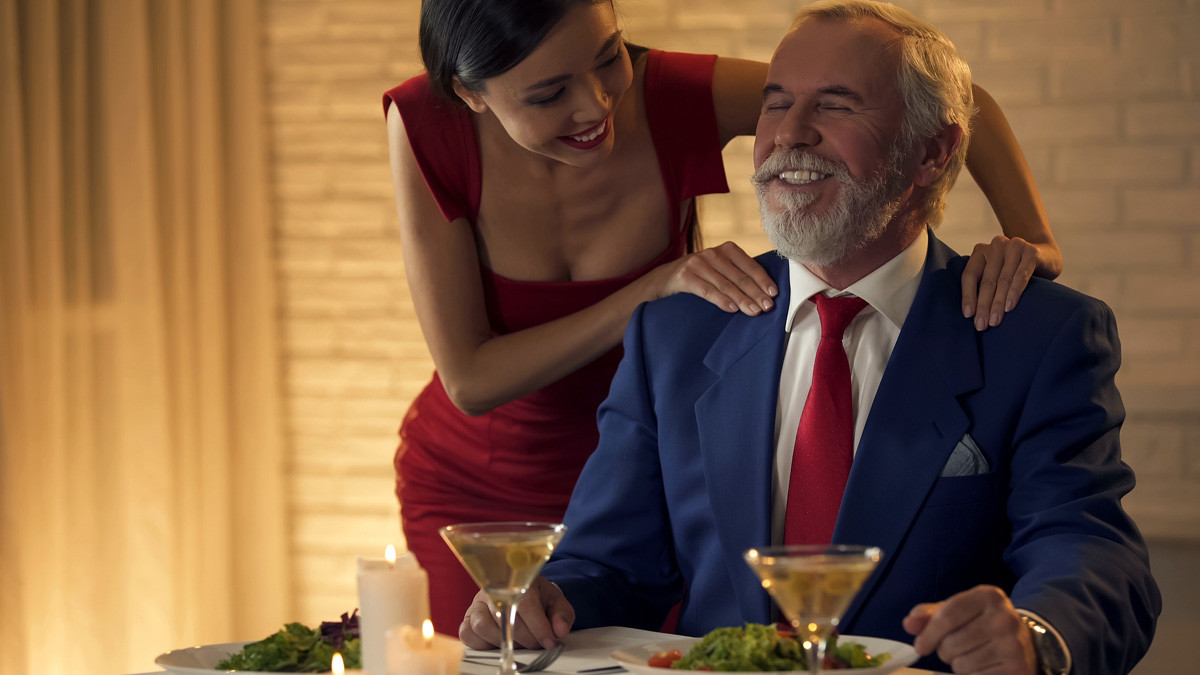 This is how a typical oligarch looks like... at least, that's how us ordinary Russians picture them.

I’m not implying that Russians as a nation are incapable of devoting themselves to work and making their money fair and square. On the contrary, many of us work hard all our lives. It just doesn’t always work out well for us, so using some luck and/or cunningness never hurts.

Long story short, in Russia hard work doesn’t guarantee you success. And even though things are relatively calm today, genetically and historically we are used to living on a powder keg. In such circumstances, irrational ways of getting something good (for free) work the best – and we seize the opportunity when we have one. Even if it doesn’t always look pretty.