Lifestyle
Georgy Manaev
Yuri Smityuk/TASS
Russians already have their own holiday with a similar tradition, and yet some prefer the foreign one.

Come the end of October and the Russian retail industry begins preparing everything for Halloween: bars, cafes, and store all put up carved pumpkins (or styrofoam and plastic ones), hang scary posters and cover their premises with fake spiderwebs, etc. while the media play and air Halloween-related programming.

When I asked a younger colleague why we needed to celebrate this holiday at all, she replied: “Why, yes! It’s so fun – this trick-or-treat tradition that we Russians don’t have! It’s so cool when you celebrate holidays coming from other cultures and get to know them better!” 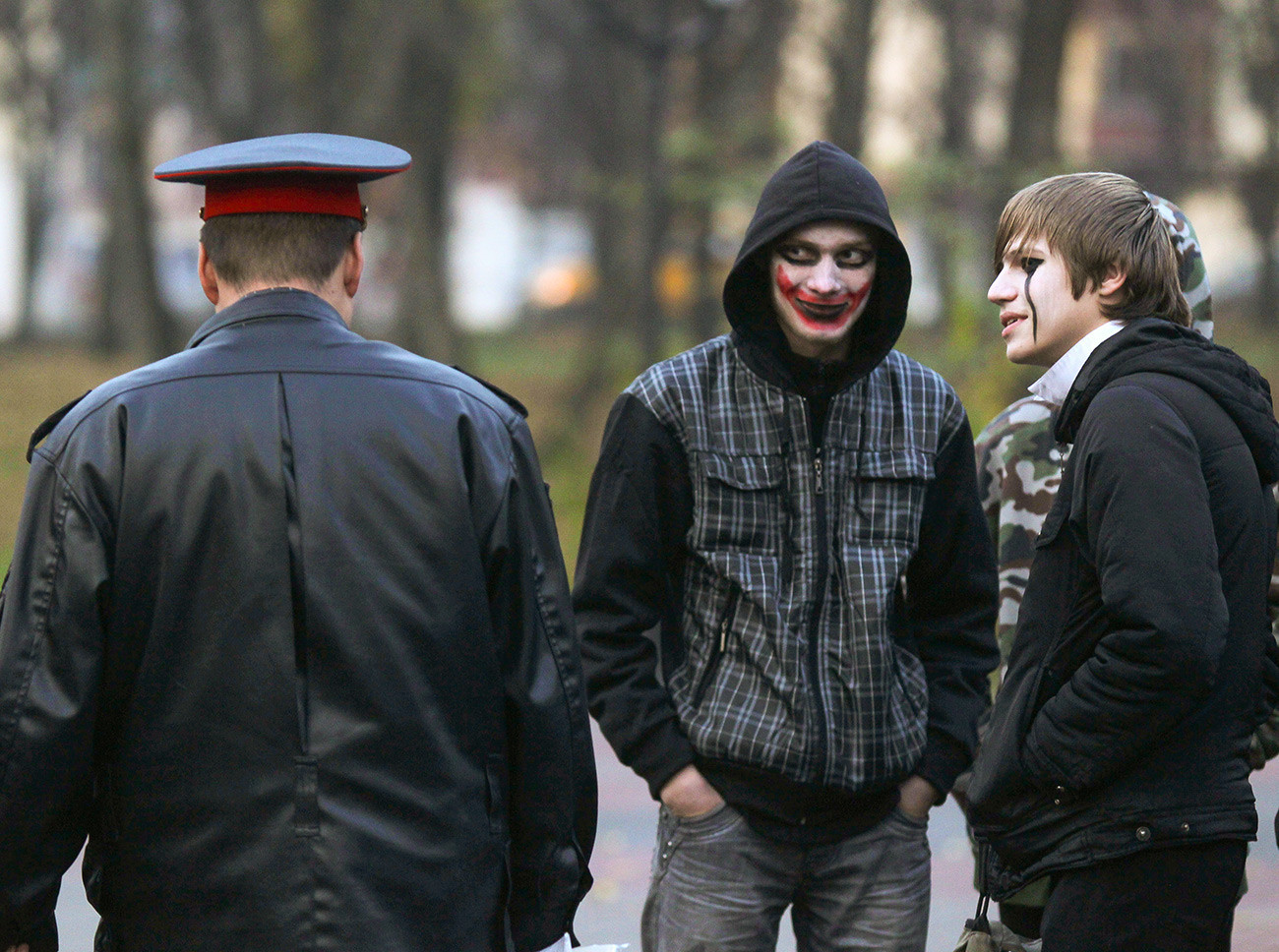 It’s true that most Russians who are below 30 have heard of the trick-or-treat tradition from American cartoons and movies they watched on TV when they were kids. It’s also true that Russians already have a similar tradition, which Russian marketers have shunned in favor of the U.S. holiday, due to its global appeal. 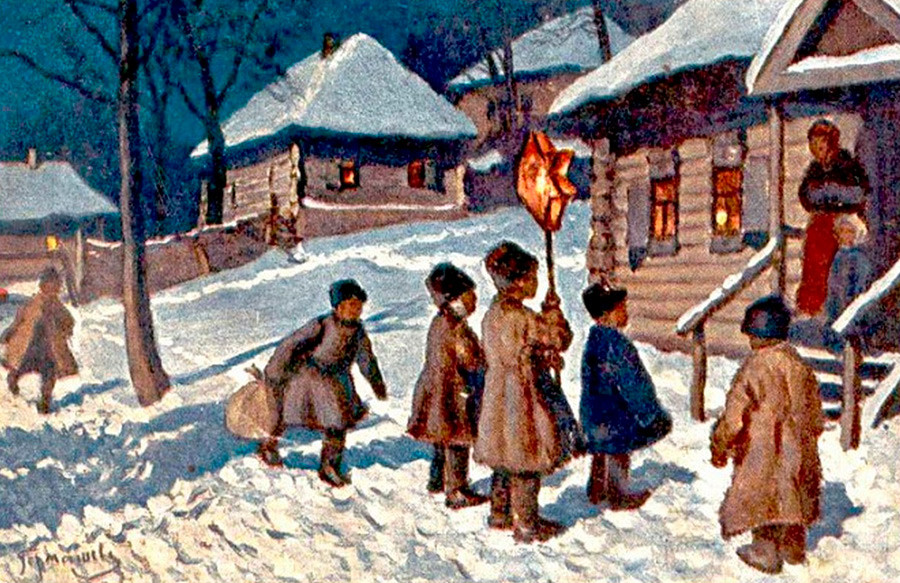 A number of Russian politicians and civil activists are, however, against Halloween. Vitaliy Milonov, the openly anti-gay politician, who recently requested to check Russian schools for “Halloween propaganda”, believes this celebration is based on “the worship of dark powers, departed souls and praise of satanism”.

Well, in a way, Milonov is right – the celebration is, indeed, devoted to praising the departed souls. That’s because the word “Halloween” is derived from “hallow” time, or “holy” time: this was the holiday for praising all saints that have departed from the mortal world, or the Day of All Saints.

In Russian Orthodox tradition, the Day of All Saints is celebrated on the first Sunday after Pentecost – so in Russia, it is a summer holiday. This day is celebrated on November 1 in most other churches. The following day (usually November 2nd) is called All Souls’ Day, or the Commemoration of All the Faithful Departed. 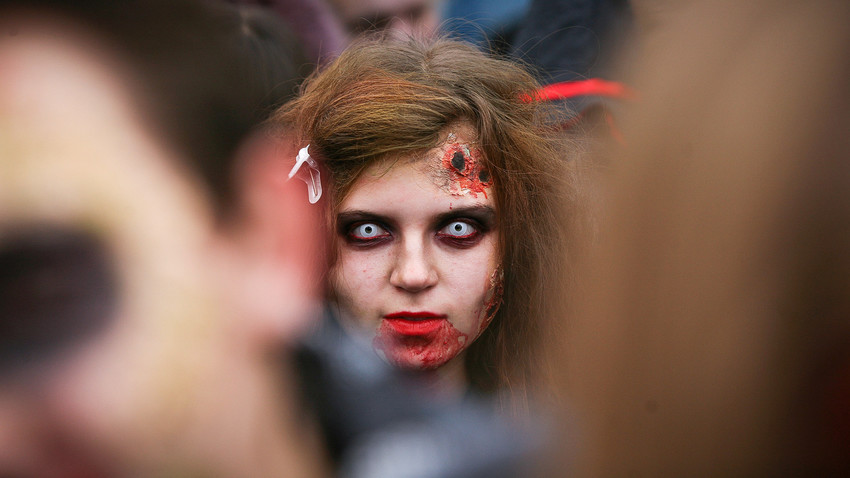 But what is the meaning of the trick-or-treat tradition? And how is it connected to the departed souls?

Initially, the “trick-or-treat” tradition was called souling. The kids going from door to door promised to pray for the departed relatives of the house owners and got “soul” cakes in return for their prayers. This tradition probably originated from the belief that during Halloween time, the souls of the dead would roam the earth and need to be pleased with songs or theatrical performances. So people did this, from Ancient Greece and Rome, Ireland, and Scotland (Samhain) to Wales (Calan Gaeaf), Cornwall (Calan Gwaf), Brittany (Kalañ Gouiañv) and other parts of Europe.

In the Russian tradition, trick-or-treating was not usually performed on the Day of All Saints, but on another holiday called Svyatki (12 days between Christmas and Baptism of Jesus). Trick-or-treating, songs and dances were believed to please the spirits of the netherworld who would roam the earth during the Svyatki weeks – these spirits needed to be pleased in order to summon good crops in the upcoming year. 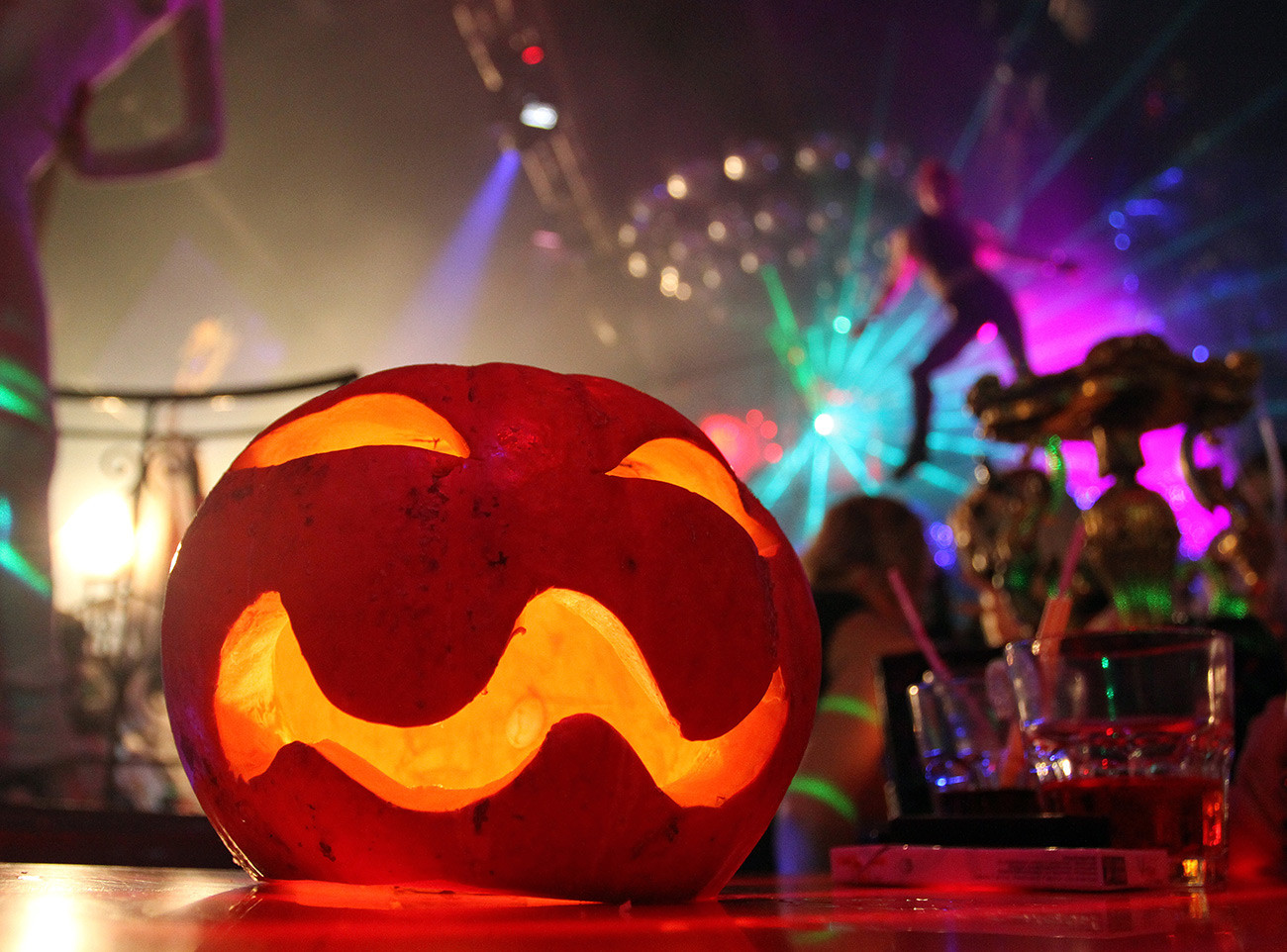 Halloween party at a Moscow club

Why, then, don’t Russians rejuvenate and refurbish their own genuine “soul” holiday? Well, because celebrating “foreign” holidays is much cooler these days. It makes you feel like you're in a Hollywood movie... But then, why not celebrate Thanksgiving? Or on the 4th of July? And what about the Latin Day of the Dead festival?

I think the fact that Halloween came to be widely celebrated in Russia is just a coincidence: in most Russian schools, autumn school break begins shortly after November 1: November 4 is Russian National Unity Day, so Halloween on October 31 comes around nicely to round off the previous semester. Also, modern Halloween involves costumes, which kids love. They don’t usually get the chance to dress up properly during Svyatki because Svyatki, like almost all traditional Russian celebrations, was considered “religious” during Soviet times and was strongly frowned upon. You still may encounter young trick-or-treaters (properly called kolyadovschiki in Russian) at your doorstep shortly after the New Year’s Eve in different Russian regions. 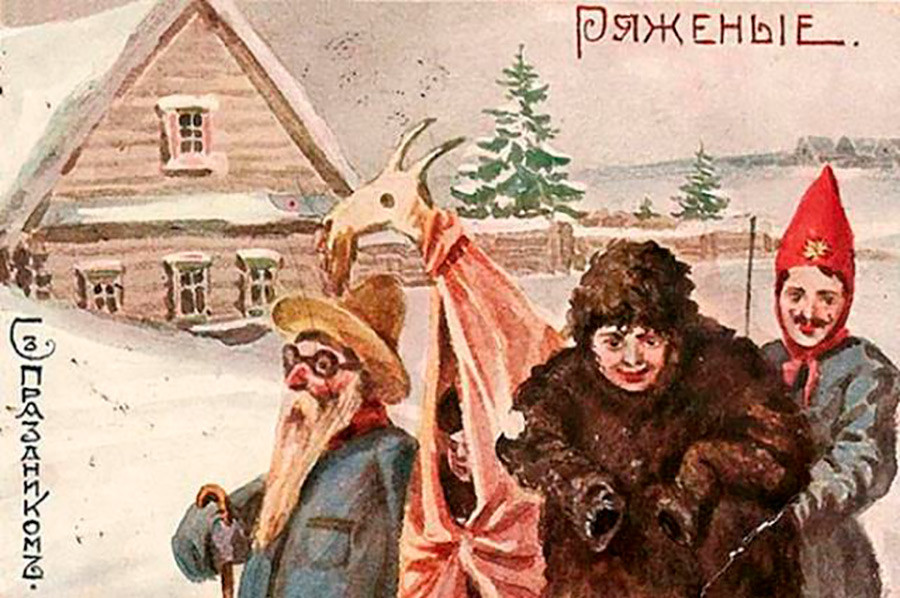 In short, the holiday is celebrated in Russia - like in other countries - as a part of the now global Halloween phenomenon. And however much conservative Russians and protectors of the traditions would be against it, kids just love it. And believe me, Russian grown-ups won’t ever miss a chance to raise their glass for any kind of celebration, regardless of origin! Because we Russians are cosmopolitan people and every man’s feast is our feast, too. So, trick or drink, anything is fine with us, except cultural chauvinism.