Russian Halloween: 7 costumes to confuse the hell out of your friends 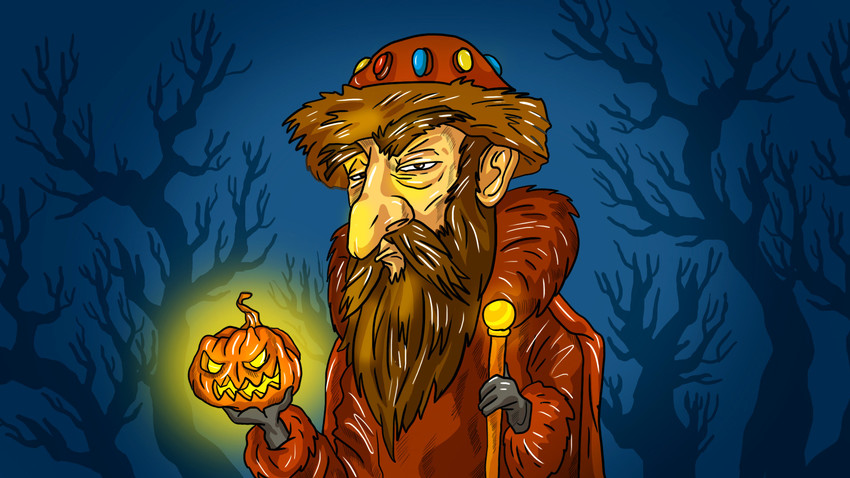 Irina Baranova
Cowboys? Nurses? Bah! These Russian costume ideas will give your friends nightmares Oct. 31. At the very least, you’ll confuse them,and people always fear that which they don’t understand.

1. The Western version of a ‘Russian spy’

Seeing as this is an upgraded list for 2018, let’s modernize. Going to a party with a friend? Why not dress up as two “Russian spies.” Even though a real Russian GRU operative probably looks absolutely nothing like what we’re fed by the Western media, the point is to play along. To get that beefcake look, make sure to line your sweatshirt with diapers or similar padding, grow a mustache, look really stern – like you’re such a terrible operative that you can’t help but give yourself away.

And of course, whenever you see people taking group photos, get your humorless spy faces on, stand slightly behind the rest of the group, and incriminate yourself every chance you get. You know – because Russian spies are so unprofessional they get caught every time... 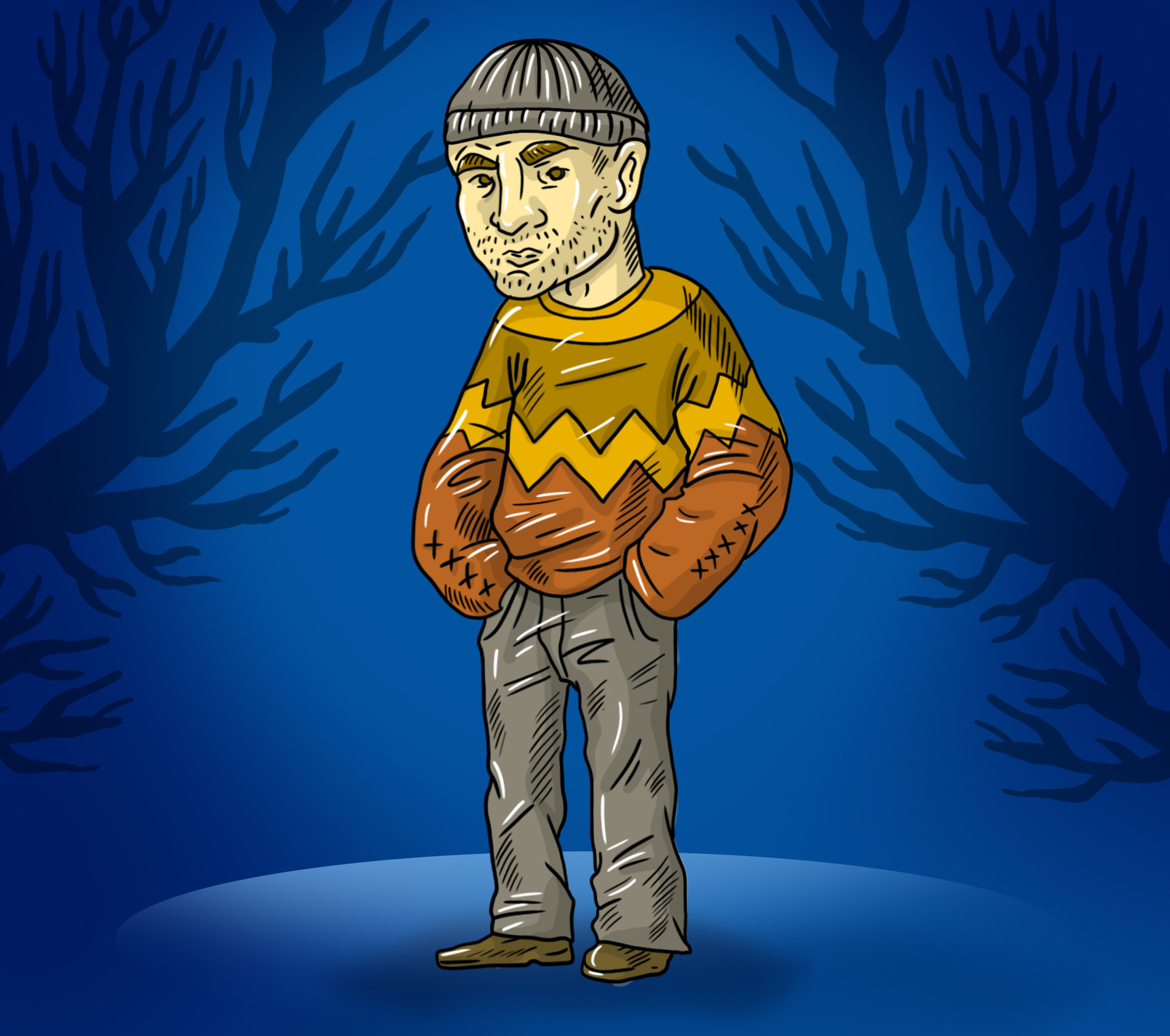 Do you ever feel like the Romanovs were too boring to really be considered “Russian”? Then why not go back a dynasty, and get your groove on as Ivan IV? This bad boy was Grand Prince of Moscow from 1533 to 1547, then the self-proclaimed Tsar of All Rus until his death in 1584 - after conquering a sizeable chunk of what is now Asian Russia, and making our country into a vast multi-ethnic state.

Doing an Ivan isn’t that difficult if you’ve seen the movie Flash Gordon (1980). Remember Ming the Merciless? Gotta get those eyebrows and goatee for an Ivan look, followed by an embroidered robe with a thick fur undercoat. Don’t forget the traditional fur hat of the times and, of course, his trademark staff. And it’s not an ordinary staff either - Ivan Vasilyevich had it reinforced, so he could  personally beat people to a pulp if they said something he found unfavorable. He was pretty hands-on that way. 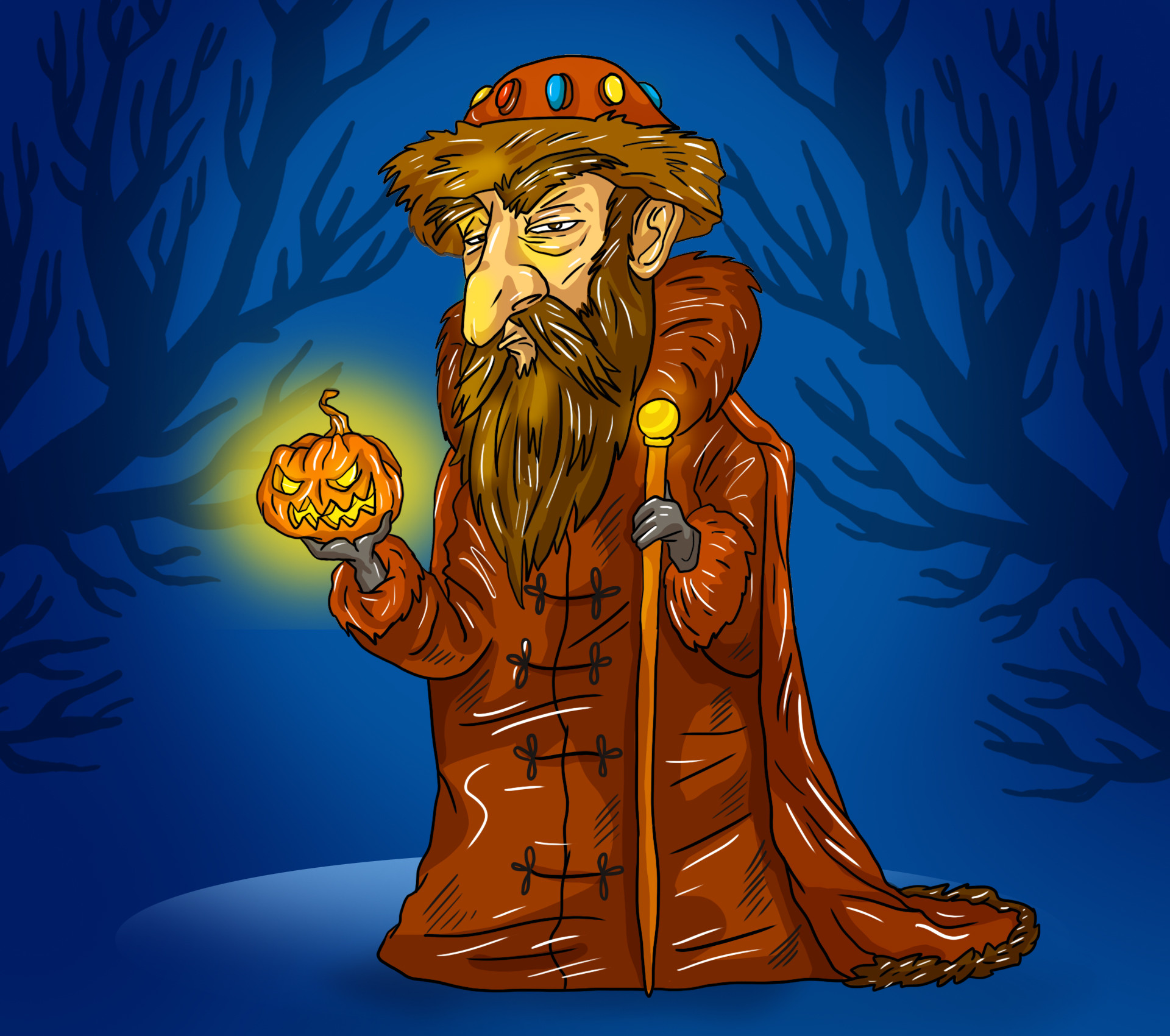 Also known as Vasilissa the Beautiful, the heroine of this Russian folk tale - often dubbed The Frog Princess - has more versions than you could shake a stick at. But it does feature two of the most prominent Slavic antagonists as well - Koschey the Deathless and Baba Yaga.

It might be a bit difficult to pull off a Vasilissa if you just go dressed in abstract frog guise, so get out your kokoshnik. Any long, red robe will do as a dress, but make sure to try and recreate the Slavic embroidery to get that authentic Russian look. You will of course remember the traditional Russian kokoshnik from the World Cup. It also helps to have really long blonde hair to complete the image.

If you’d like a video guide, make sure to check out our video on getting the Russian princess look down to perfection. We’d steer clear of the black teeth though - leave that one for the Baba Yagas. Speaking of which… 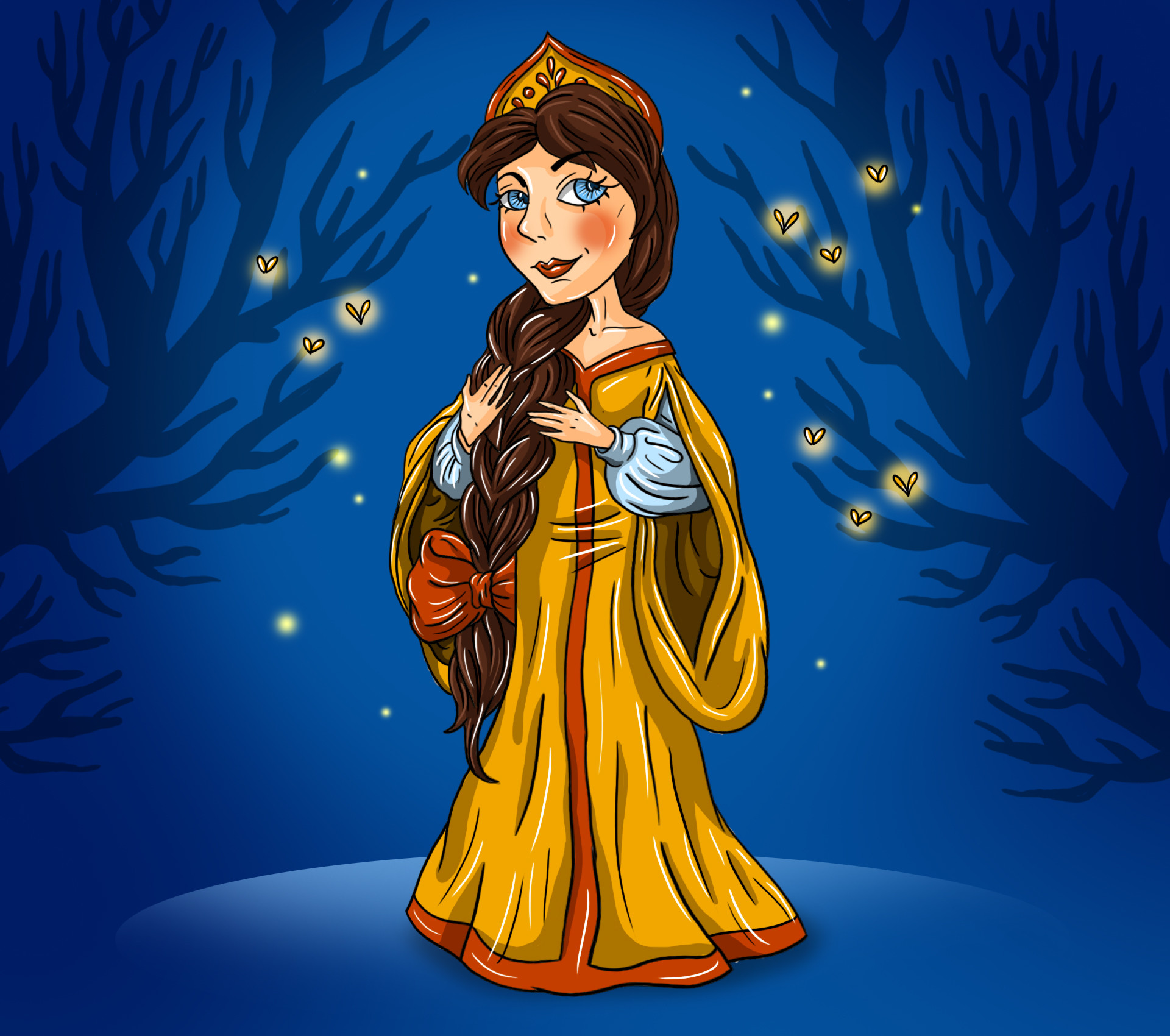 Although the many faces of Baba Yaga might appear unambiguously hideous throughout Slavic folklore, you may choose to be the more exotic, “kinder” version of  Yaga, who helps stranded princes and children through the woods (provided they show good manners and wit).

Either way, you’ll need to walk around with a crooked back the entire night, so get ready. Old rags, a huge fake crooked nose, lots of facial warts, blackened teeth, and an unflinching sneer will get the job done.

One last thing: make sure to grab a straw broom on your way out. You can use it to “fly” around the party. Or just walk around hitting people you don’t like. 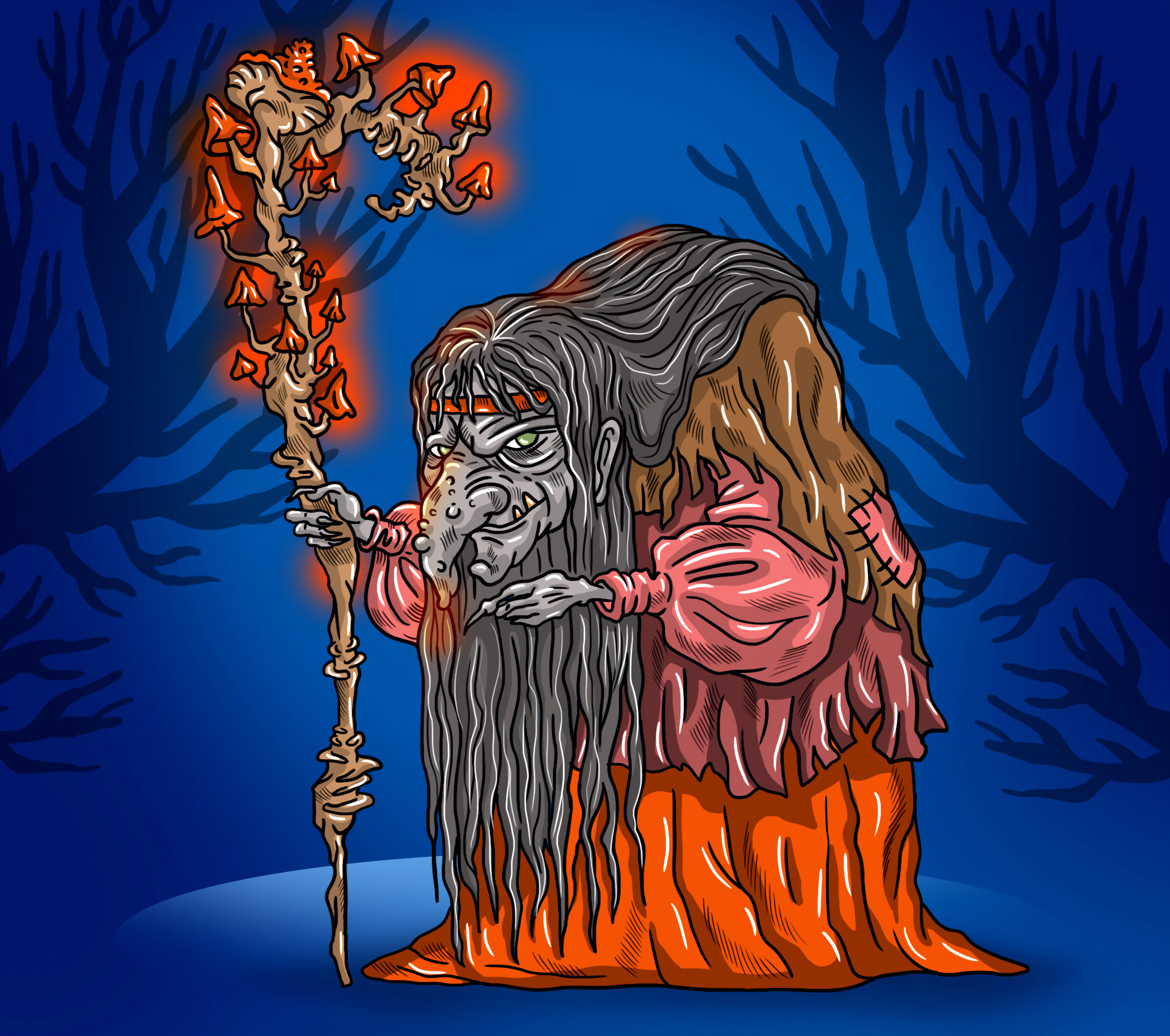 Ok, this could go one of two ways: either you’re really buff, or you’ve got a huge belly… for some strange reason, both seem to work in the Russian paratrooper division, members of which can kill people with their bare hands.

First up, get a telnyazhka – the traditional attire of the Russian Navy. Follow that up with a blue beret with traditional VDV insignia (you can find them in souvenir shops all over town), Russian military pants, a bottle of Stolichnaya, and a don’t-screw-with-me-because-I’ll-kill-you attitude.

Make sure to take a couple of swigs of vodka before you leave for the party, you’ll be doing the world a favor by recycling the oldest Russian stereotype known to man. Your Russian friends will love you for it.

When entering the party, make sure to loudly sing the Soviet anthem as you stagger about Dolph Lundgren-style, punching random people in the face as they come up to say “Hi.” 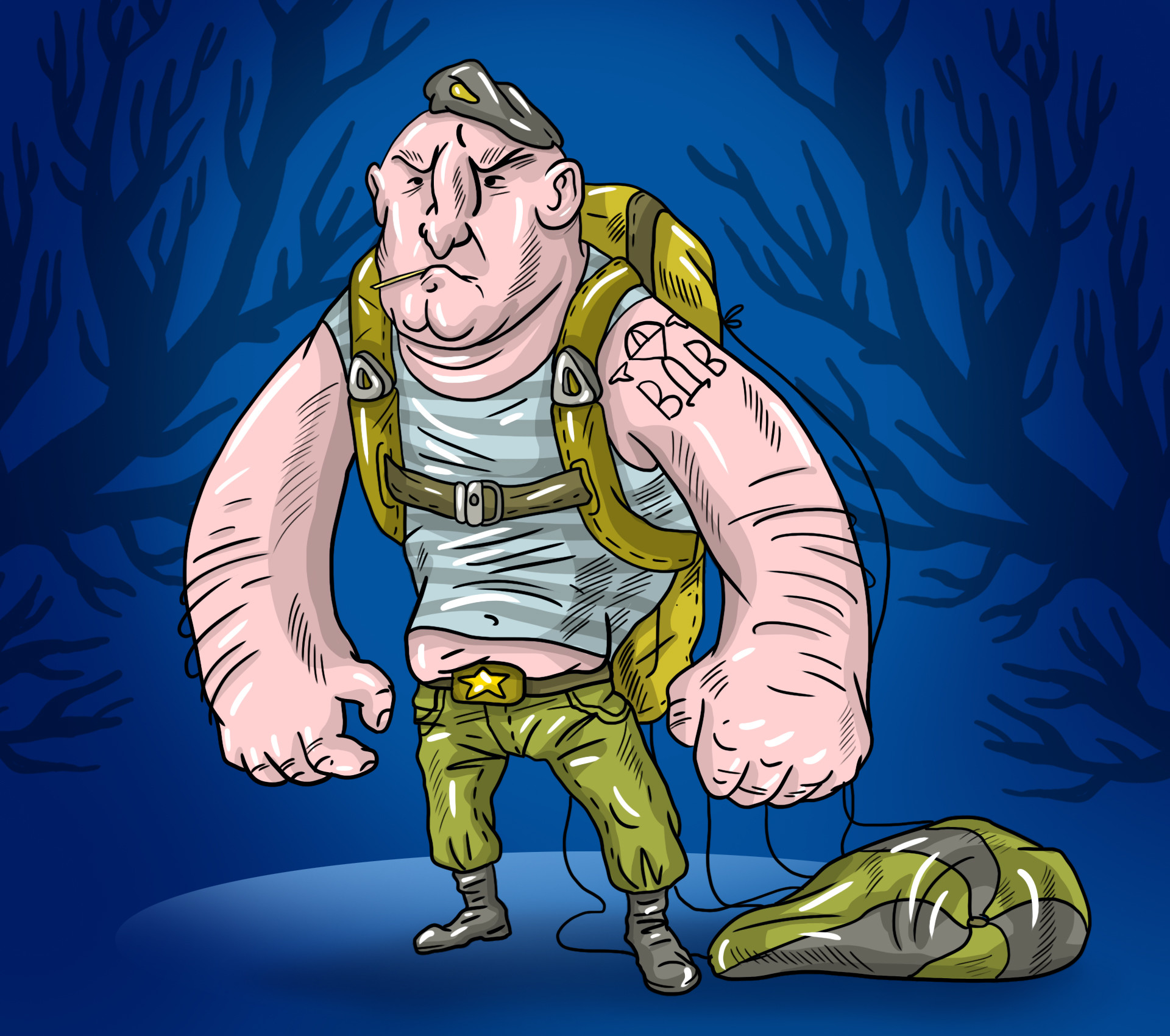 Did you know that it’s legal to conceal-carry an unsheathed hatchet in Russia? That’s right, we’re talking about our favorite Russian comedic hero, Rodion Raskolnikov, the protagonist of Crime and Punishment written by Fyodor Dostoyevsky - widely considered to be the funniest man alive. If you haven’t read the novel  yet, do it now and say goodbye to those October blues.

For Raskolnikov, you will need a long turn-of-the-century slim-fit coat, preferably bought at a charity shop, to get that rugged look. Follow that up with a top hat, and don’t forget the key detail: make a small knot by sewing a piece of rope onto the inside of the coat, hanging a short hatchet there - the weapon Raskolnikov had used to murder three people in the book. Walk around with a sad face for the duration of the party. 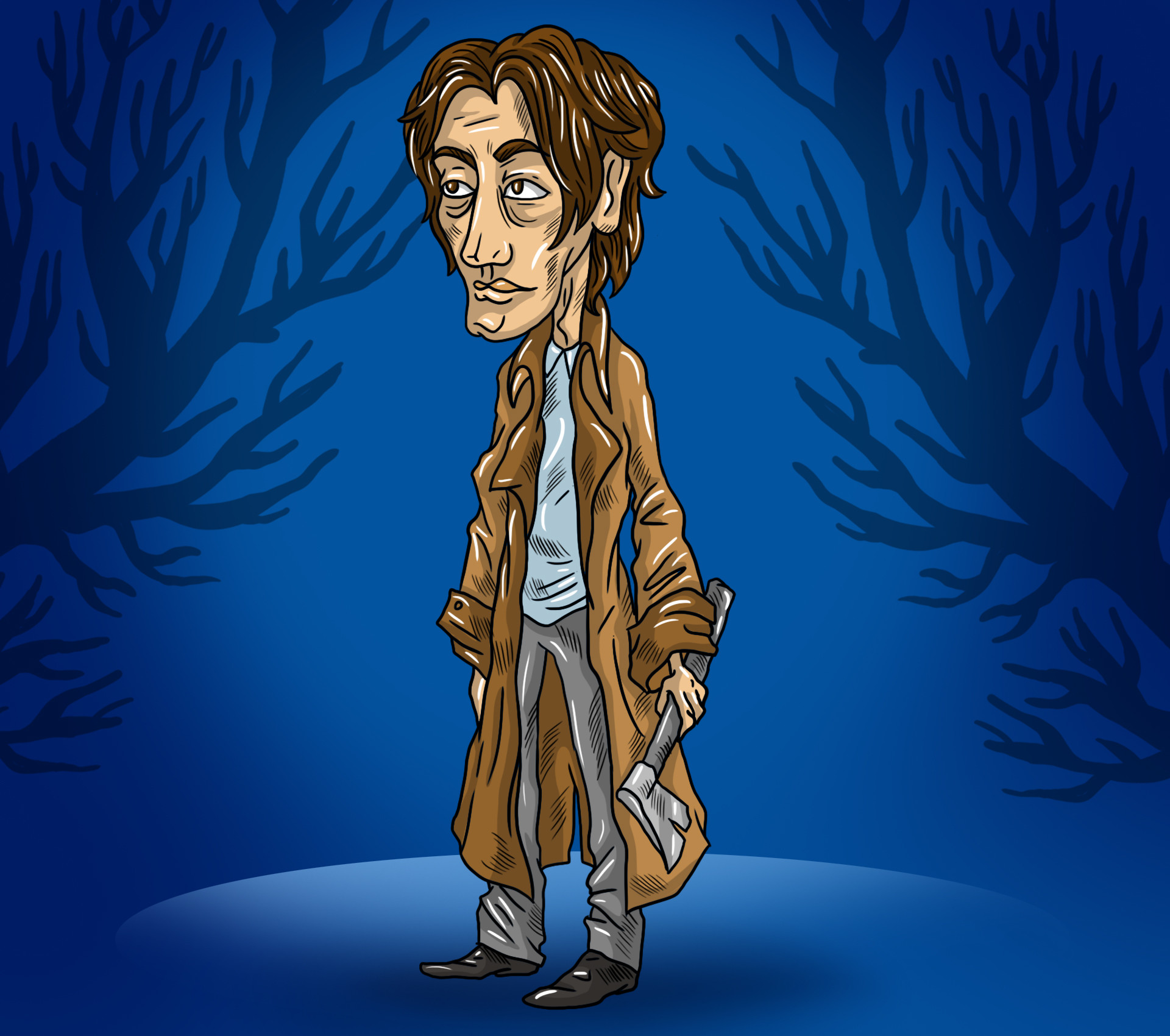 This meanie is Russia’s most prominent uber-monster. Inhabiting many a Russian folk tale, this male archetypical evil being normally steals the male protagonist’s wife, and is, bizarrely, really difficult to kill. He’s also really skeletal, so unless you’re quite thin and don’t mind going half-naked in late October, wear a cape and a crooked cardboard crown wrapped in gold tinfoil or something. A crooked sword might also help. But if you’re not going to invest in some zombie makeup with sunken eyes and fleshed-out cheekbones, you might wish to go for something else. 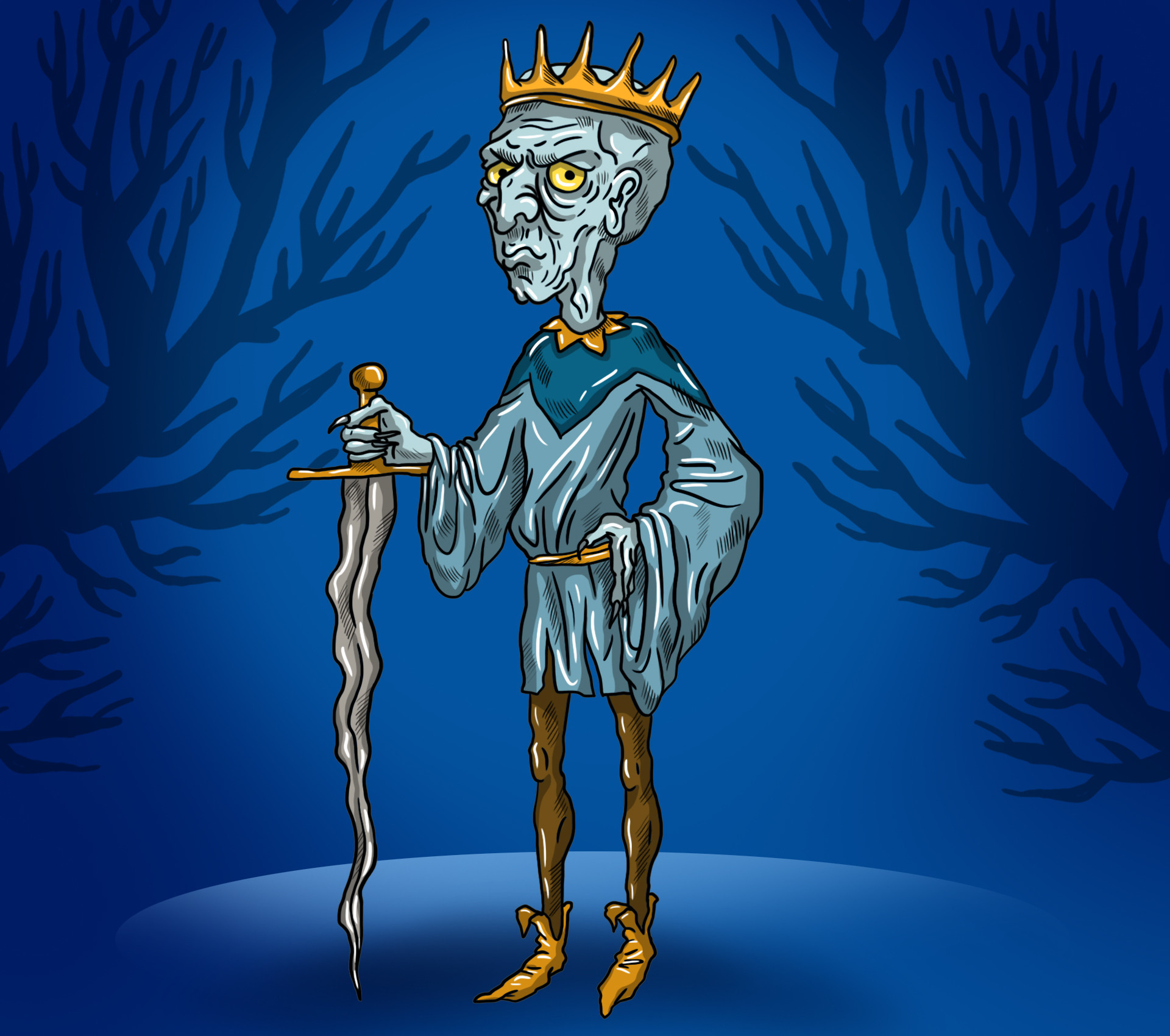