The 7 most beautiful villages in Russia (PHOTOS) 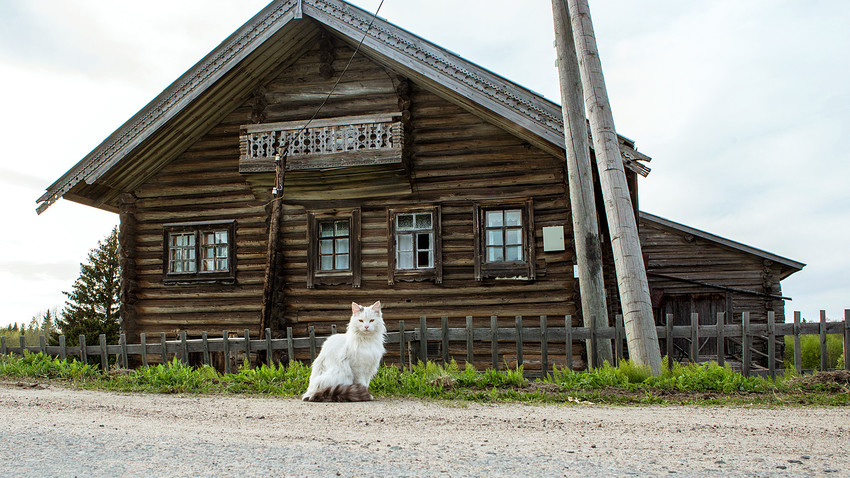 A wooden house in the village of Kinerma, Karelia.

Ilya Timin/Sputnik
These picturesque villages are officially recognized as the most beautiful in Russia. Just look and see what wonderful places they are yourself!

More than 40 small population centers in Russia belong to the Most Beautiful Villages in Russia Association. The selection criteria is strict: Villages should be "alive" (in other words, not museums, but rather places where people actually live), inhabited by no more than 2,000 people who care for the preservation of the historical appearance of their buildings, and are surrounded by attractive countryside. Experts at the association also think it is important for a village to have authentic wooden pavements combined with good road infrastructure, to make it accessible for tourists. So, which villages made the list? 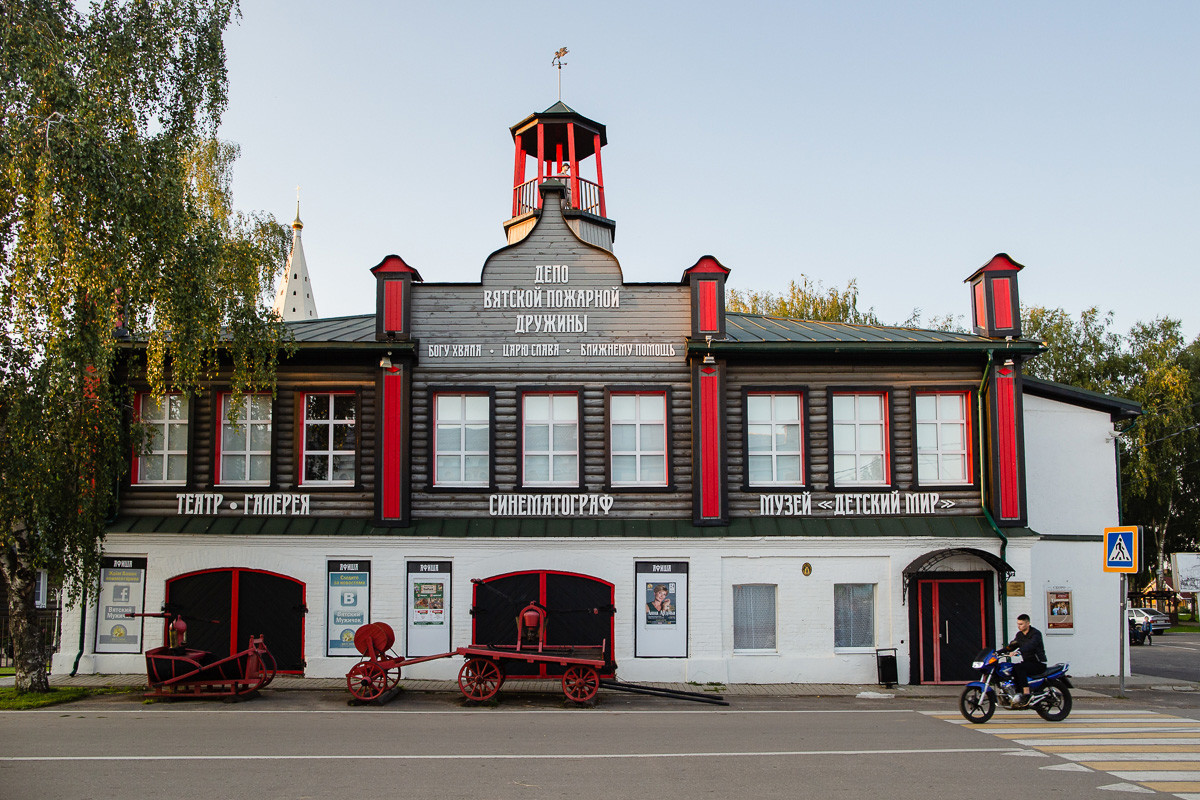 If you want to see a real merchant settlement, go to Vyatskoye. It has around 1,500 permanent residents and all of them are simply in love with their village. It has perfectly preserved old buildings dating from the 18th and 19th centuries, including a hotel, a restaurant and a small store. 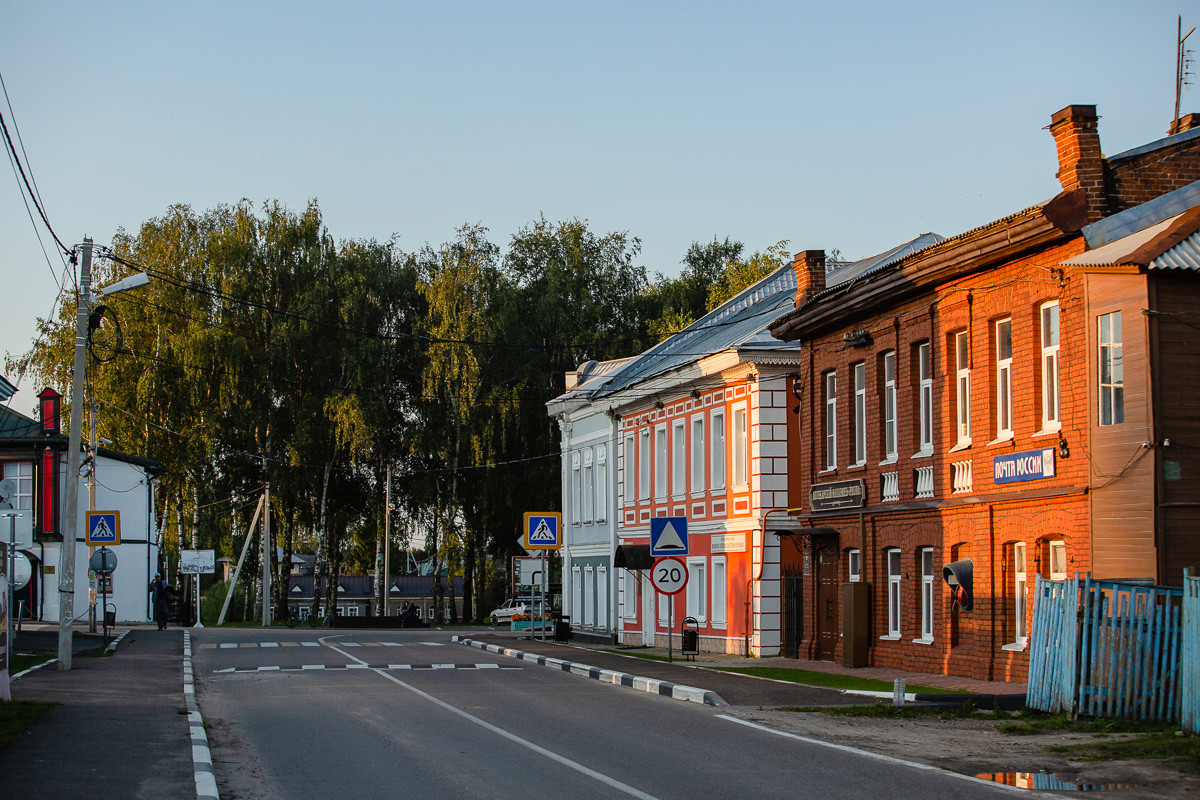 It also has unique museums of everyday life where you can see rare exhibits. For example, egg-boilers and toasters that were used back during the Russian Empire are exhibited in the Museum of Kitchen Equipment (yes, such a museum exists!), while the Sounds of Time Museum has a collection of old street organs and gramophones. 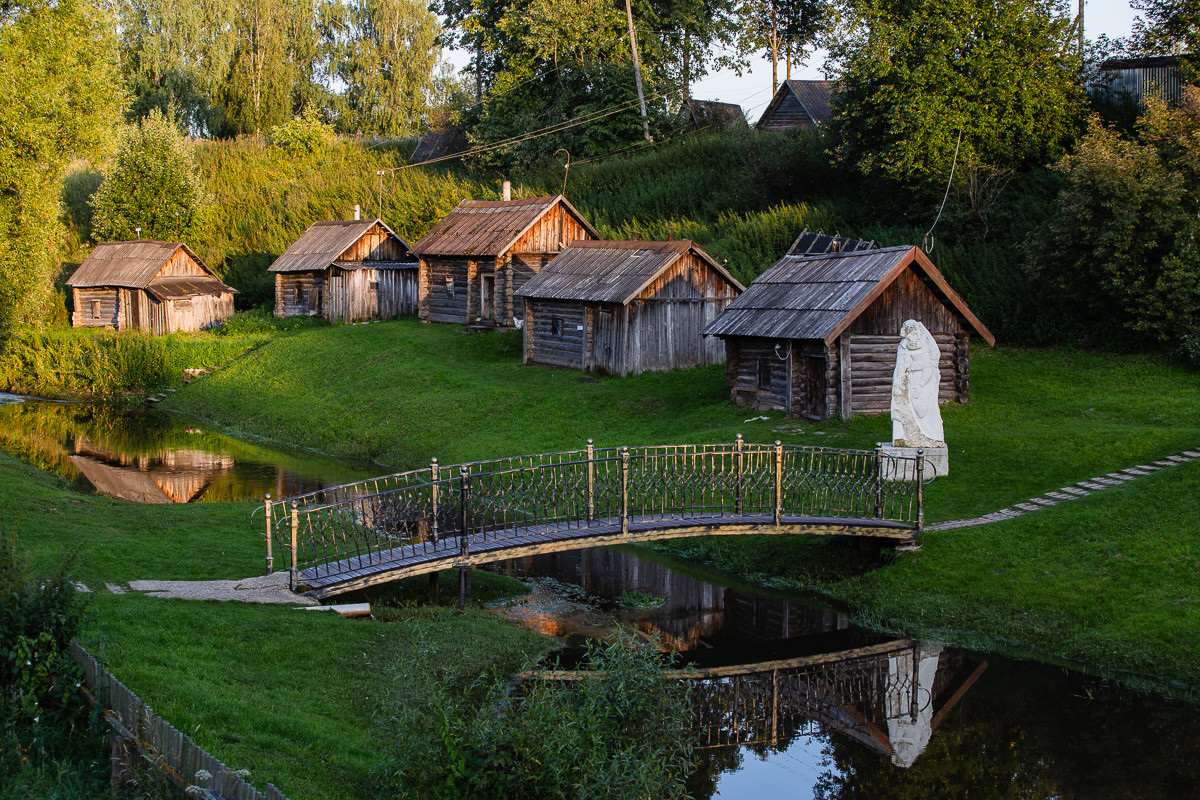 Getting there: From Yaroslavl (270 km northeast of Moscow) by bus No. 123 (from the Cosmos shopping center). Travel time: 40 minutes.

2. Totma: A town of Russian-American friendship 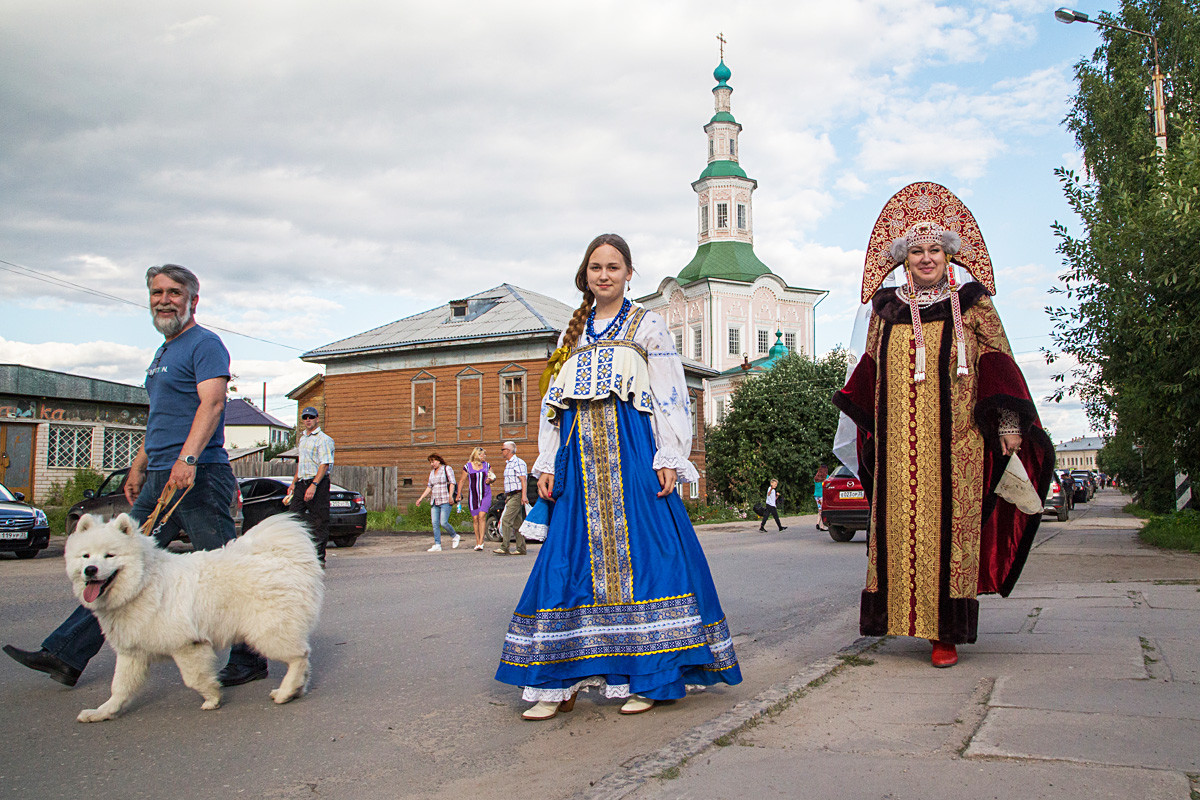 Medieval Totma is situated in a very picturesque place, on the river of the same name. It’s worth coming here to see churches designed in the "Totma-Baroque" style, as they call it: Tall white buildings, decorated with lacelike ornaments. 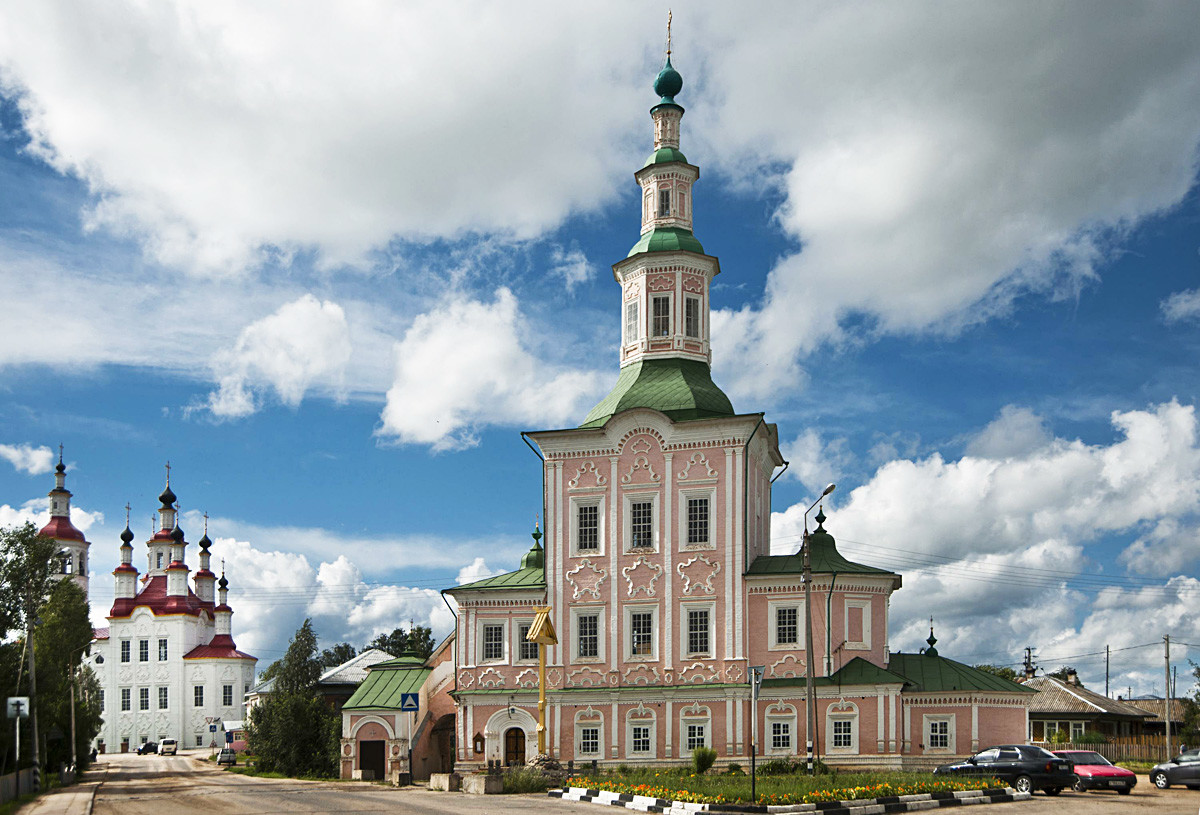 Every year, on July 26, the small town of Totma celebrates Russian America Day at the same time as Fort Ross in Northern California. But what connects the two places? It turns out, Fort Ross was founded by Ivan Kuskov, a native of Totma, who, in 1808, led a sea voyage to the shores of Western North America. In 1990, the house where Kuskov spent the last months of his life became a branch of a museum complex which holds documents and items relating to the exploration of California. Nowadays, residents of Totma and Fort Ross have a tradition of ringing bells together in the churches and the event is broadcast via a video link. 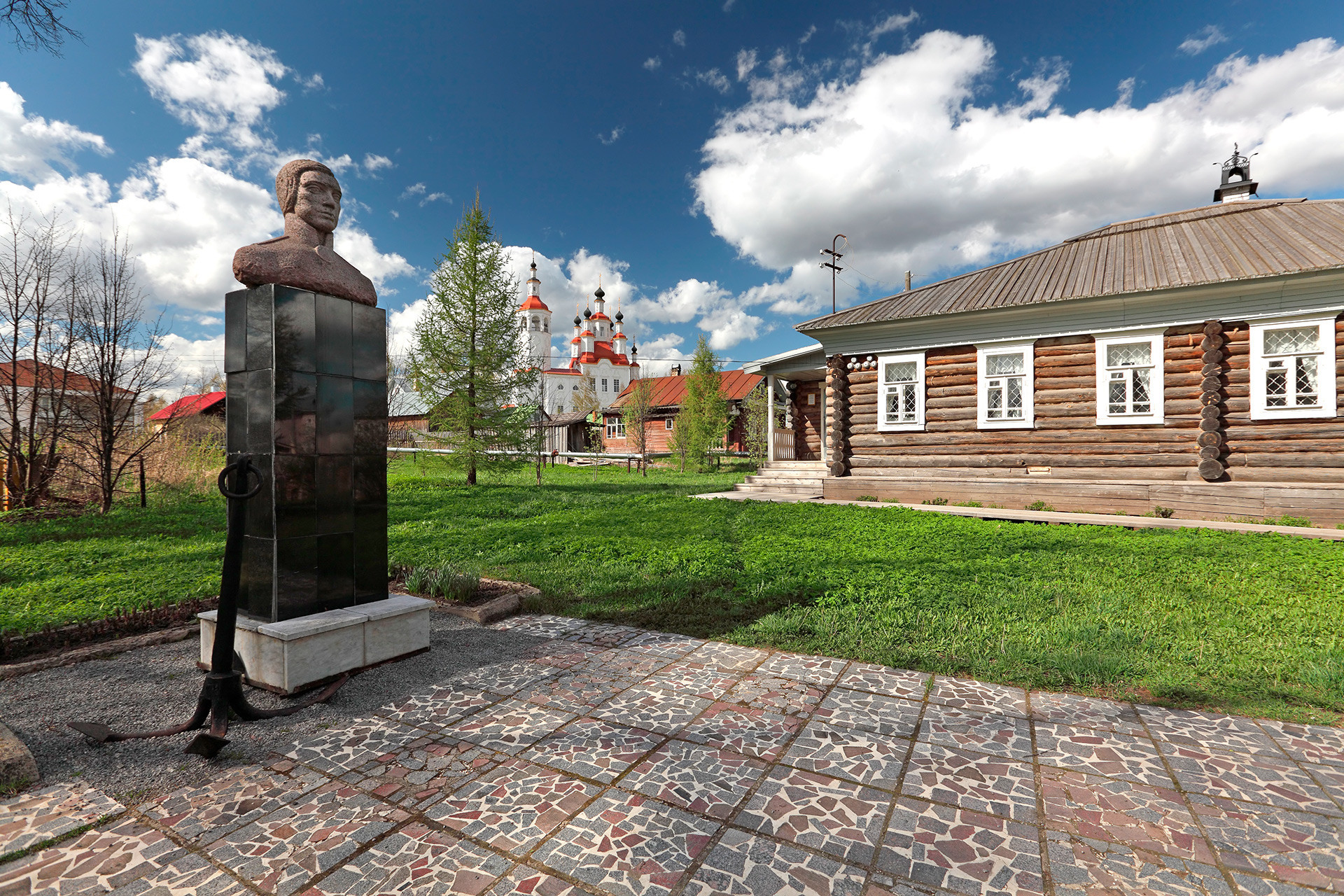 Getting there: From Vologda (450 km north of Moscow) by any bus heading towards Veliky Ustyug. Travel time: 4 hours.

3. Kimzha: An Arctic village dating back to the 16th century 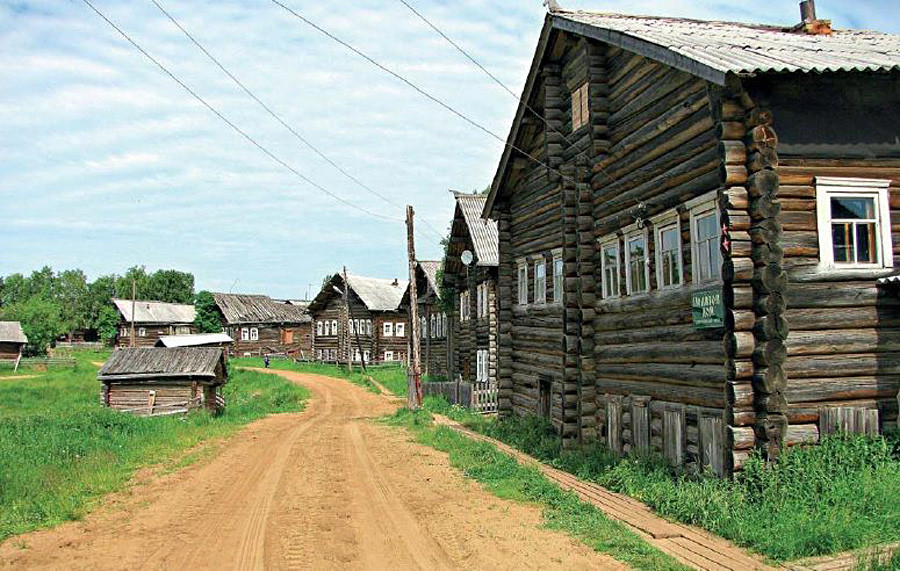 Although it may be hard to believe, the Russian Arctic was already inhabited 400 years ago! The Old Believer village of Kimzha in Arkhangelsk Region is vivid proof of this. Every house here is a treasure trove for the historian and a monument of northern wooden architecture. 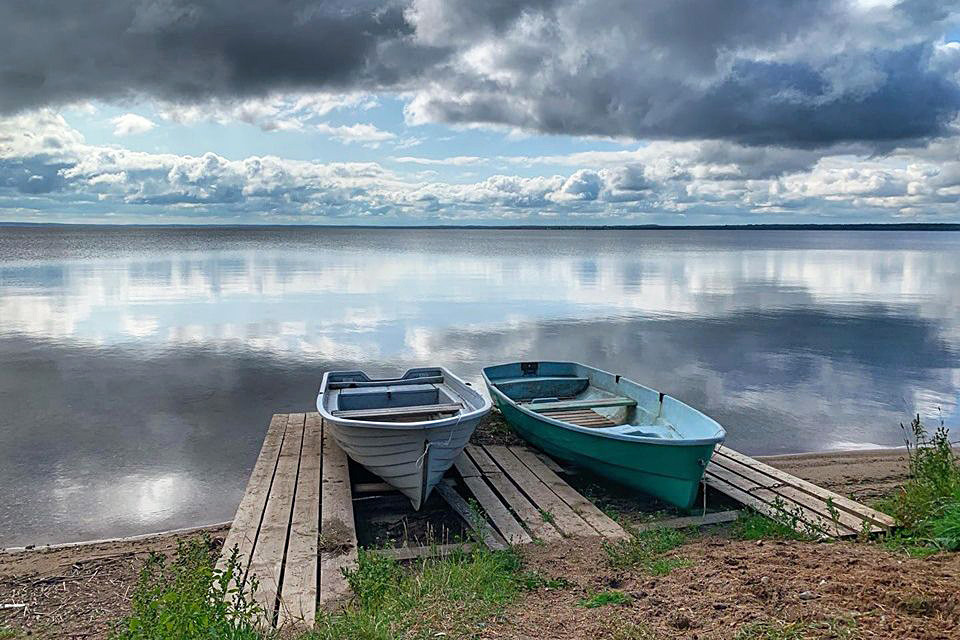 Practically all houses in the village are over 100 years old, and families still live in them. In the village, you can not only see beautiful residential buildings, but also the world's northernmost wooden windmills. 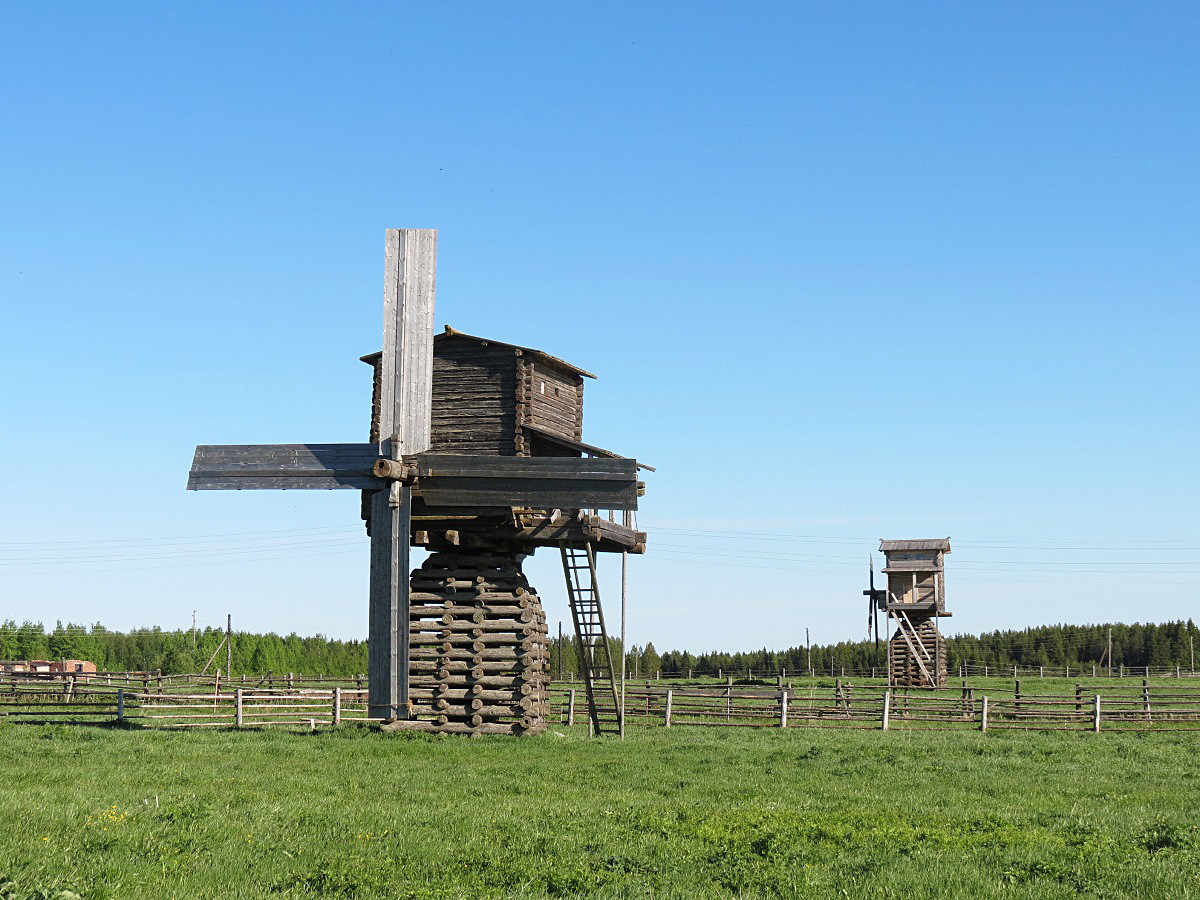 Getting there: From Arkhangelsk (1,230 km north of Moscow) to Kimzha by car along the Arkhangelsk-Belogorsky-Pinega-Kimzha road. Travel time 7 hours. 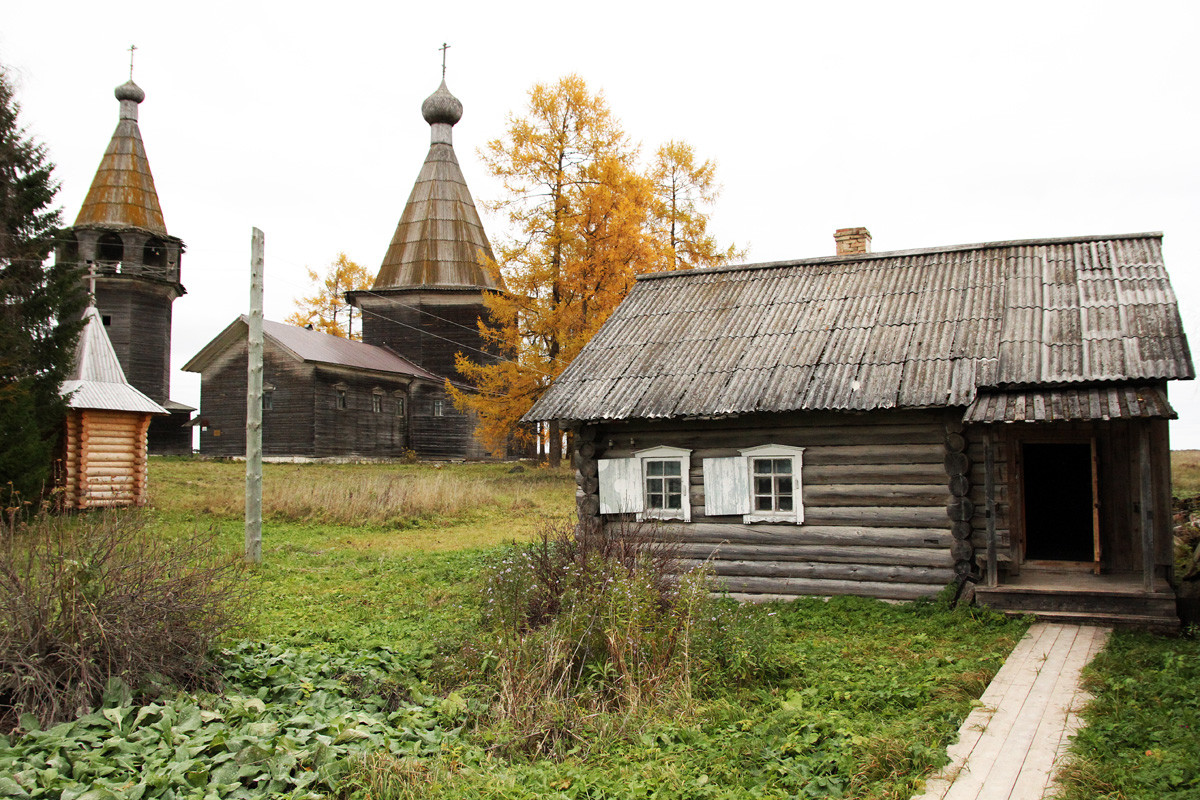 Quite a lot of wooden churches have survived in Arkhangelsk Region, but many of them are not in the best condition. It’s definitely worth coming to Oshevensk to see its northern wooden architecture with your own eyes. It’s especially worth taking a look at the Church of the Epiphany. Dating from 1787, it is one of the largest surviving wooden churches in Russia. 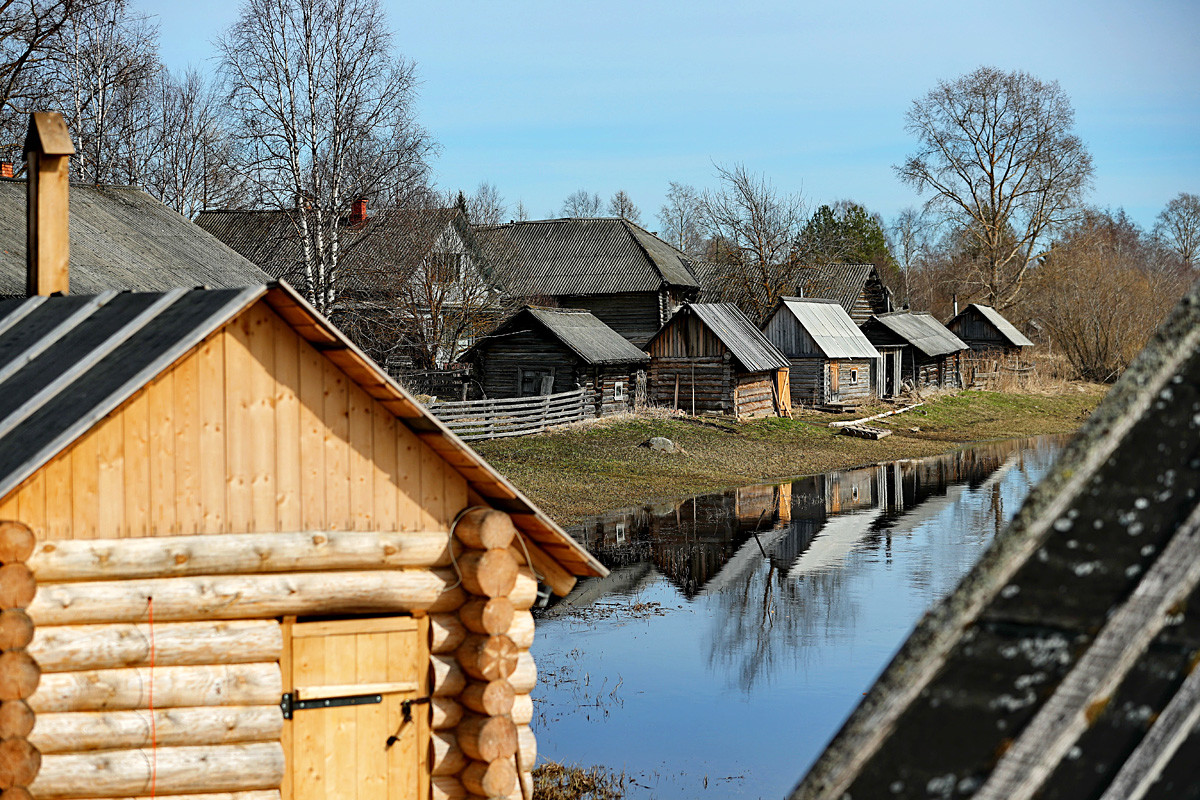 You can also see plenty of old wooden houses. The village is not big - only 70 people live here permanently, but they are always happy to welcome tourists. They tell visitors about local customs, show them a real Russian bath-house and teach them about traditional crafts. 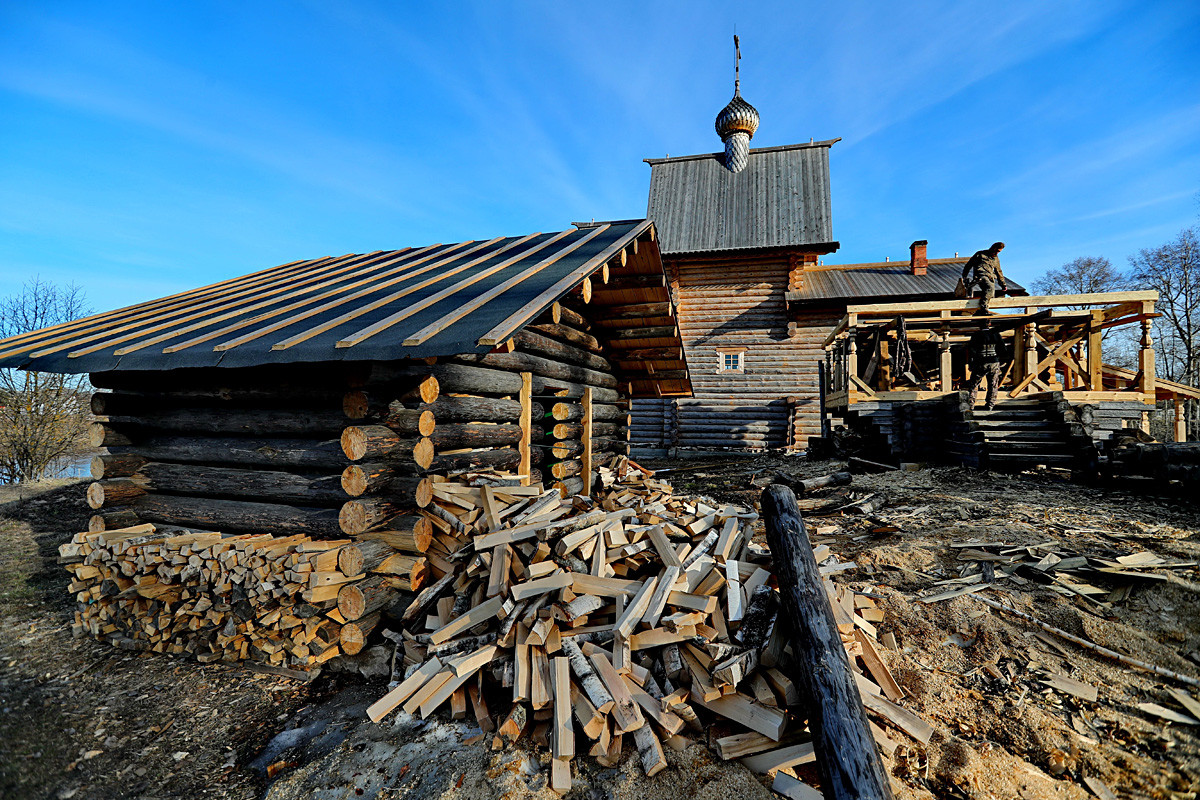 Getting there: From Arkhangelsk (1,223 km north of Moscow) by bus No. 521  to the town of Kargopol and then by another bus to Oshevensk. Travel time: 9 hours. 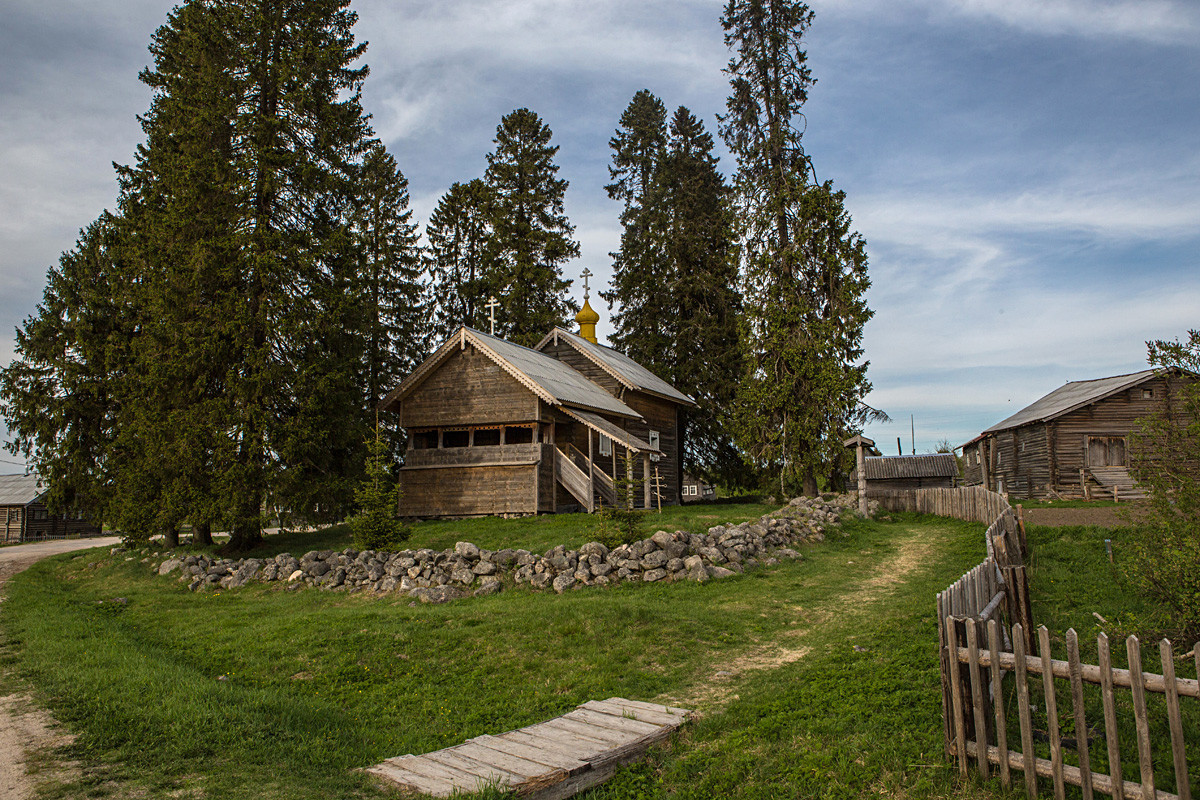 The residents of Kinerma have preserved their traditional way of life: They are farmers and artisans, and are happy to share their knowledge with visitors, as well as teach them how to prepare Karelian dishes. In the village itself, you can find a wooden chapel built in the 18th century, complete with a surviving iconostasis, as well as residential buildings from the 18th-19th centuries that have already been acknowledged as monuments of architecture. 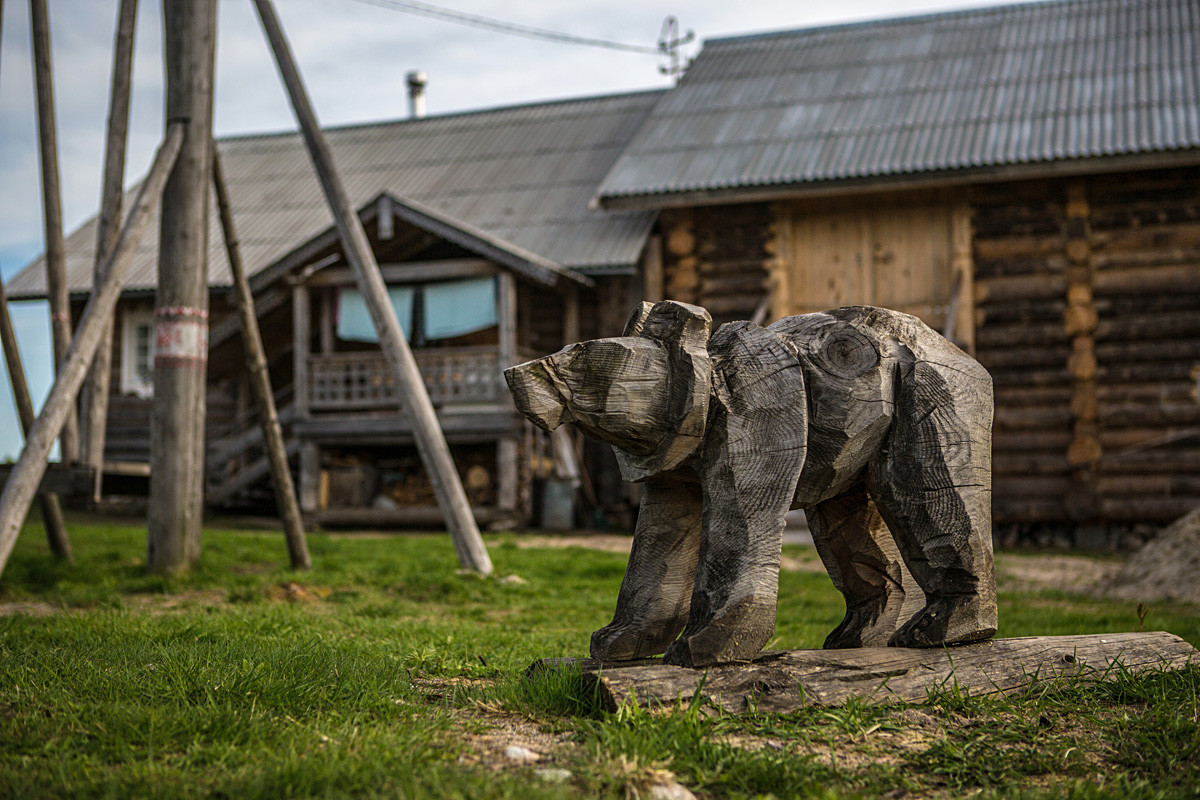 Getting there: From Petrozavodsk bus station (1,000 km north of Moscow) by regular bus towards Savinovo. Travel time: 2.5 hours. 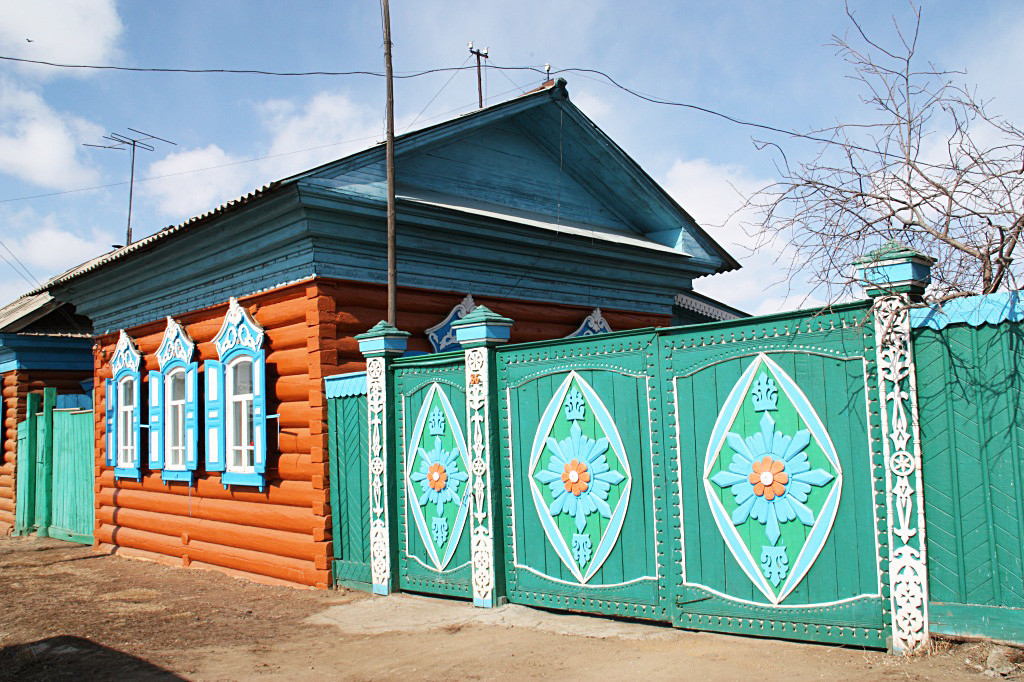 Buryatia, for the most part, is a region inhabited by Buddhists, but not far from Ulan-Ude, there is an old village of “Old Believers”. Its first 200 settlers founded it in 1765 and their descendants, now numbering over a thousand people, have preserved a rural way of life. The wooden houses of local residents are particularly impressive: Bright and decorated with contrasting carved windows and doors, surrounded by unusual decorative features. You’ll definitely give them a second look! 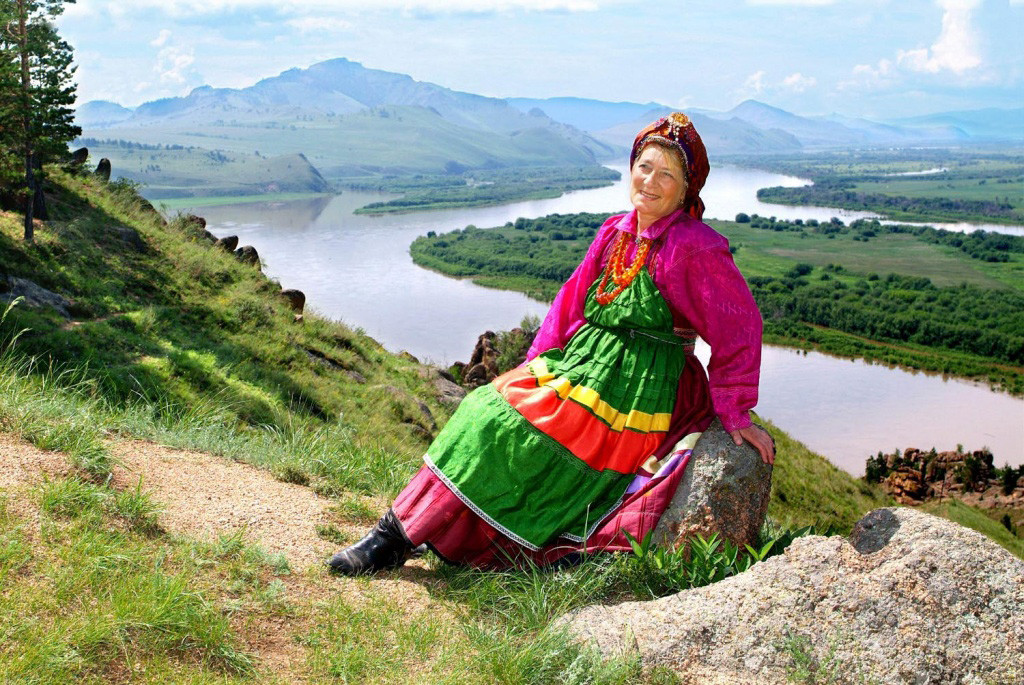 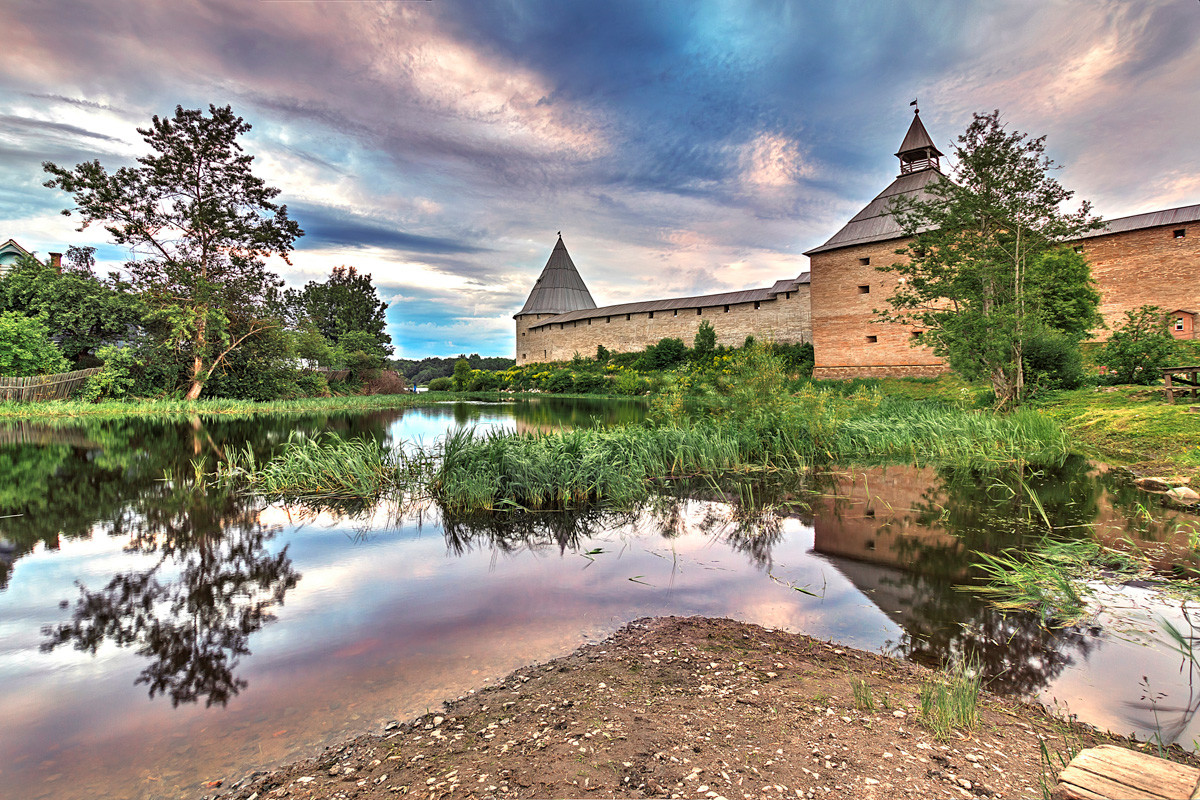 This is not just one of the most beautiful villages in Russia, but also one of the oldest! It was founded back in the middle of the 8th century, and the 9th century stone fortress, as well as St. George’s Church and the Assumption Cathedral of the mid-12th century have all survived to this day. It is believed that, in the olden days, Staraya (Old) Ladoga was the capital of ancient Rus. 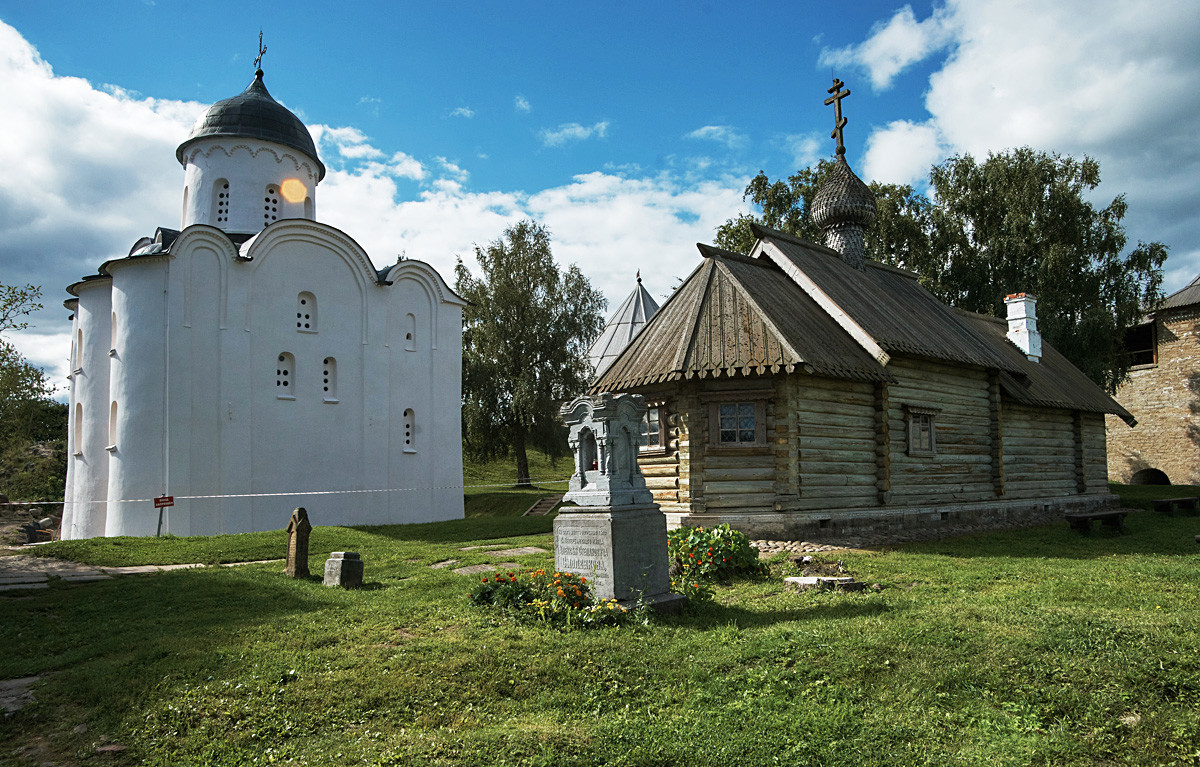 According to legend, Prince Oleg the Prophetic, who ruled at the turn of the 10th century, was buried here on the biggest hill. Whether this is true or not is not known for certain, but you will definitely like the picturesque views of Staraya Ladoga! 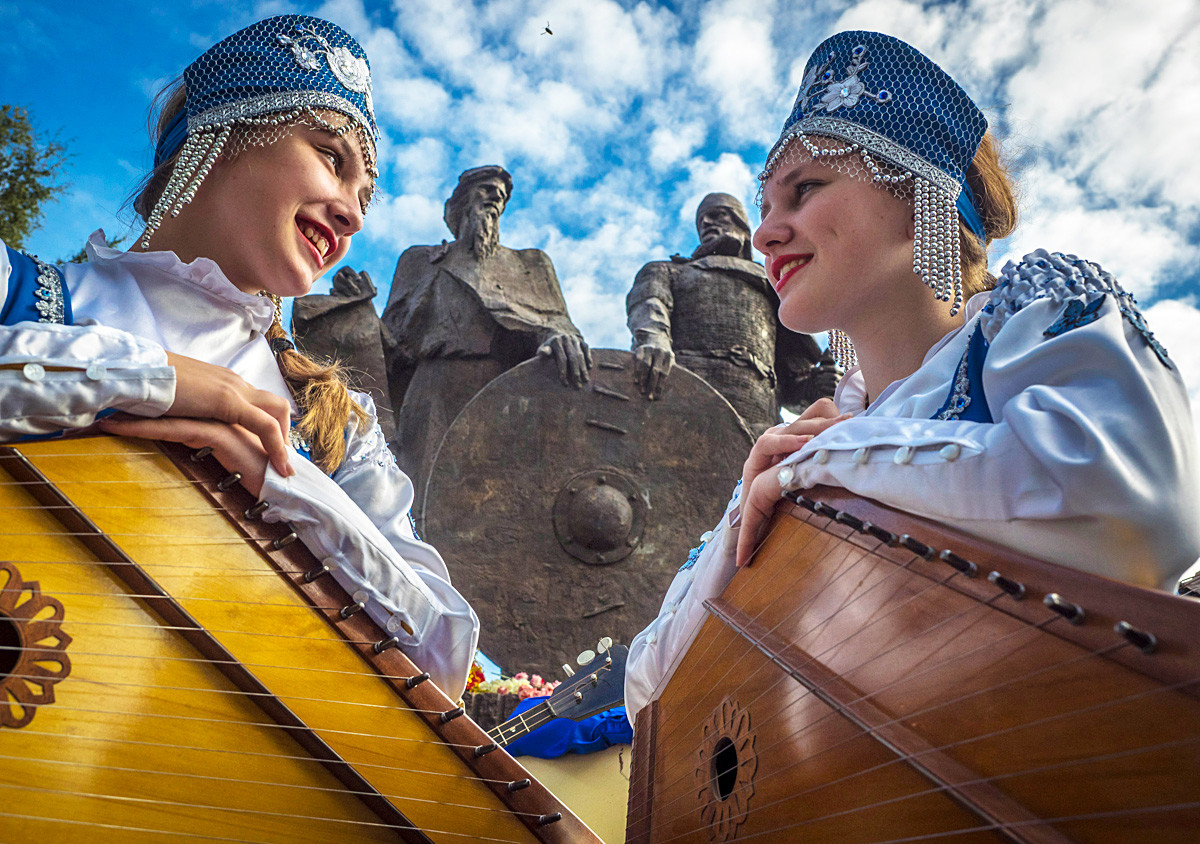 Getting there: From St. Petersburg to the town of Volkhov by suburban train and then by bus No 23. Travel time: 2.5 hours.