Suzdal: What to see in the 'most Russian' city in the world 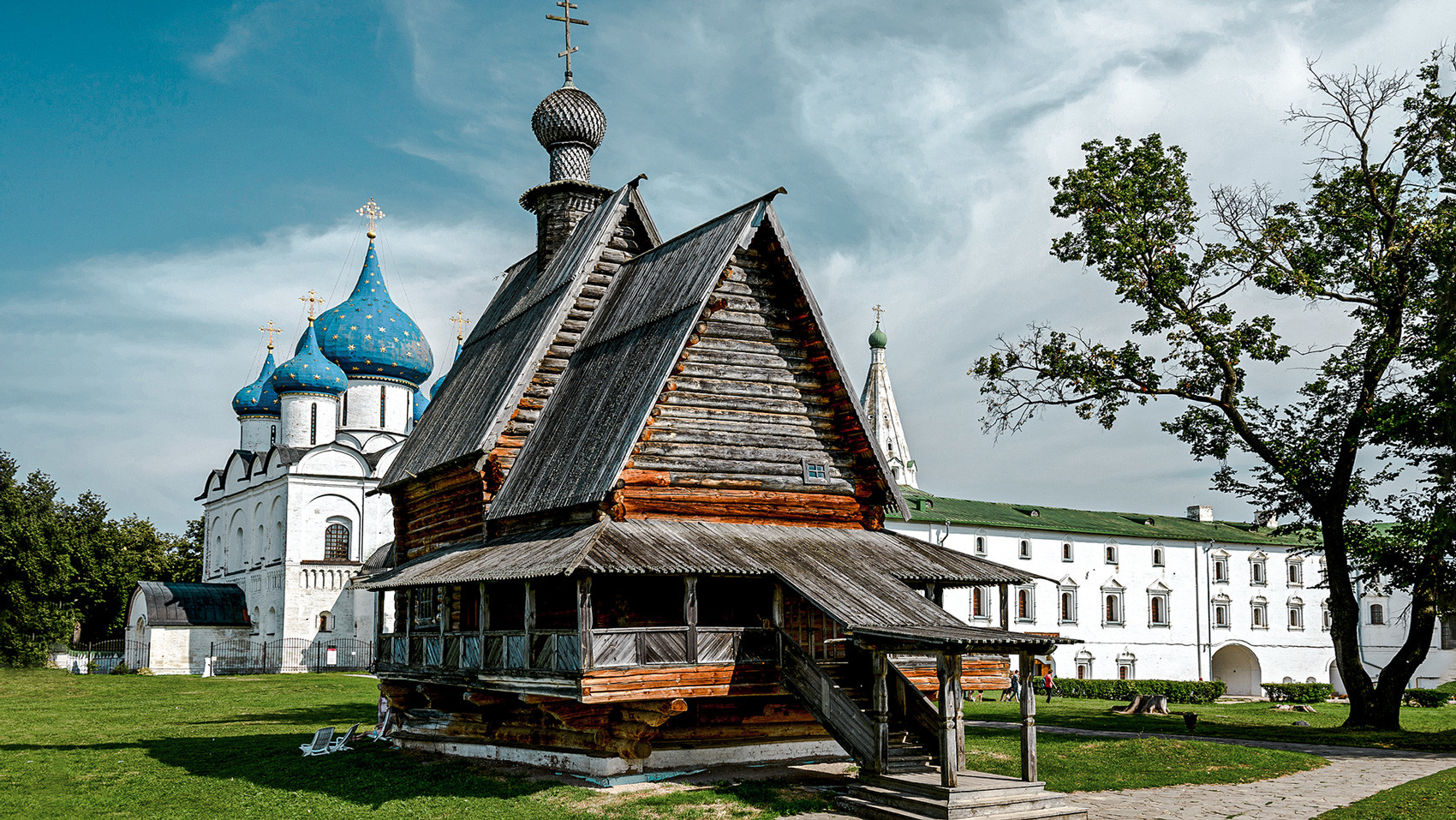 Legion Media
Here you will find the quintessential Russia, humming with churches, wooden huts, festivals, and the most traditional of traditional Russian cuisine.

When to go: for maximum pleasure and a real Russian winter, come during Maslenitsa (Shrovetide) week in February-March (the exact dates vary every year, so check before booking!). 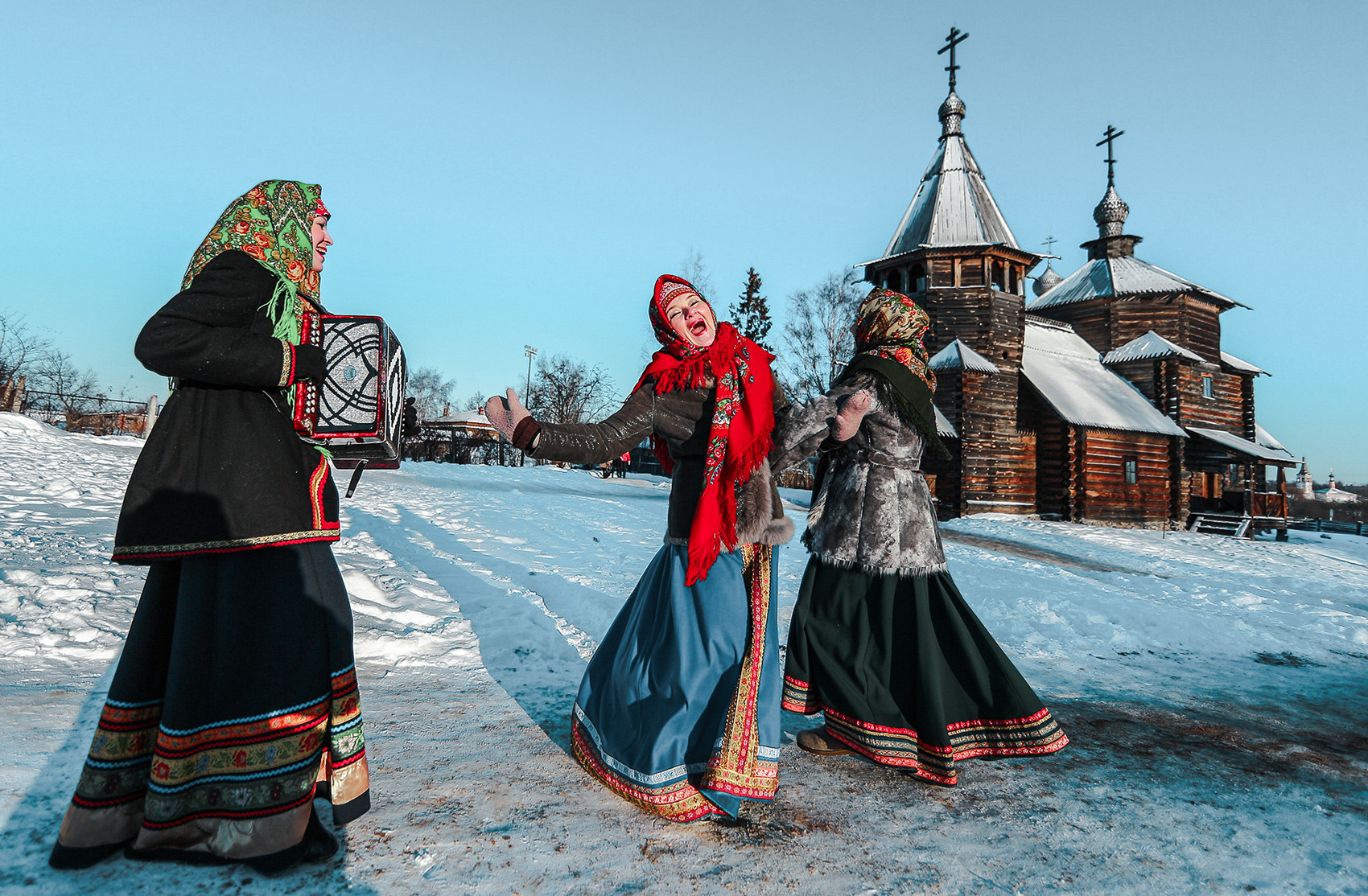 No one can resist Suzdal’s charms. The enchanting atmosphere of ancient Russia still reigns supreme: old architecture, lots of authentic restaurants, merchants dressed in traditional clothes, and festive folk festivals with round dances, songs, and other merriment. And if you’re planning to spend a night or two, there’s the option to stay in a real village hut – where else could offer that!

One of the most ancient cities of Russia 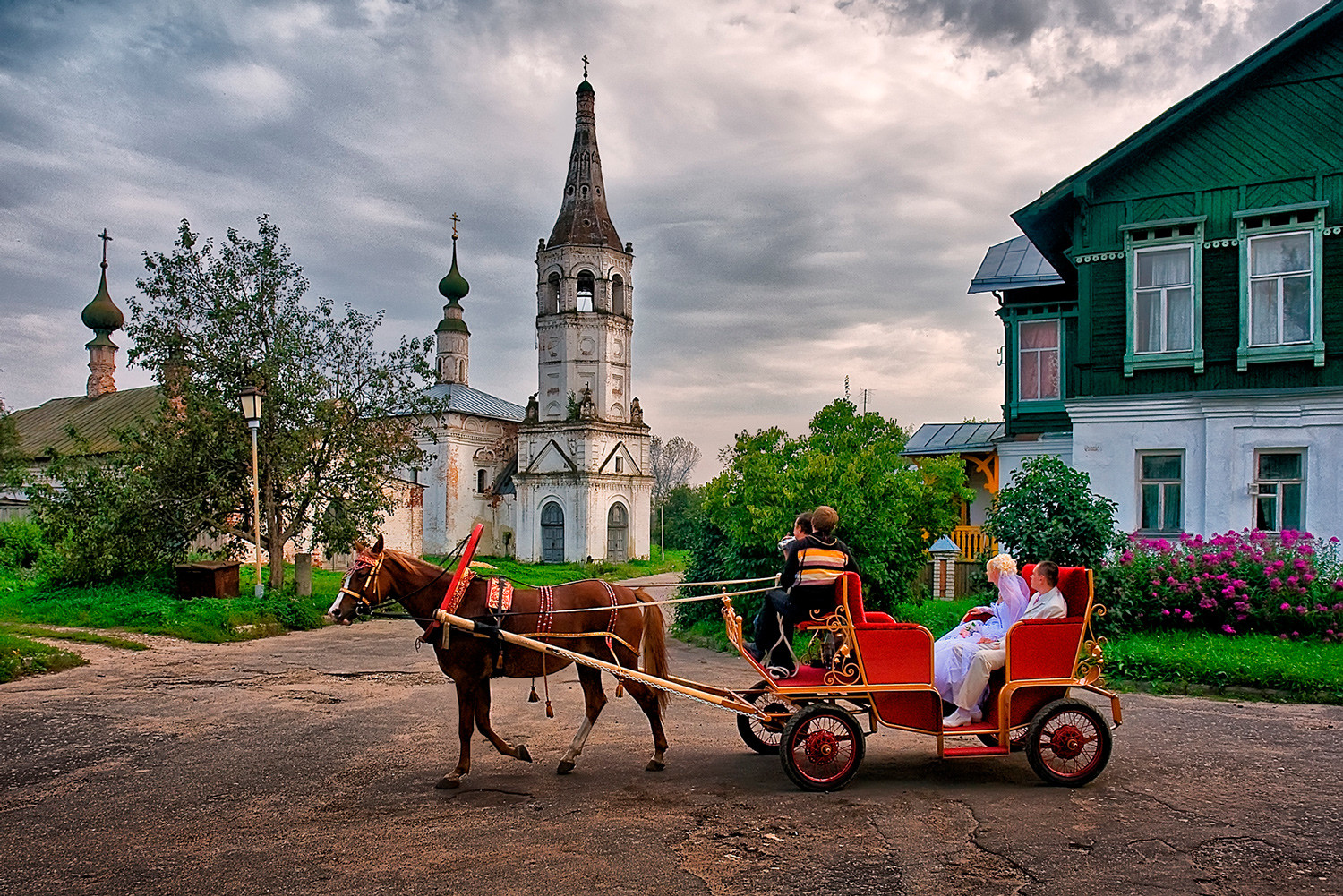 Suzdal was first mentioned in the annals in 1024, but some historians believe it was founded even earlier, in 982 by Prince Vladimir, the baptizer of Rus, who later founded neighboring Vladimir. The city’s name is most likely associated with the verb sozidat (“create”), which in Old Russian meant “build” or “fashion from clay.”

Suzdal duly prospered, and in the 12th century became the capital of the Rostov-Suzdal principality – but only briefly. In 1157, Prince Andrey Bogolyubsky transferred the capital to Vladimir. 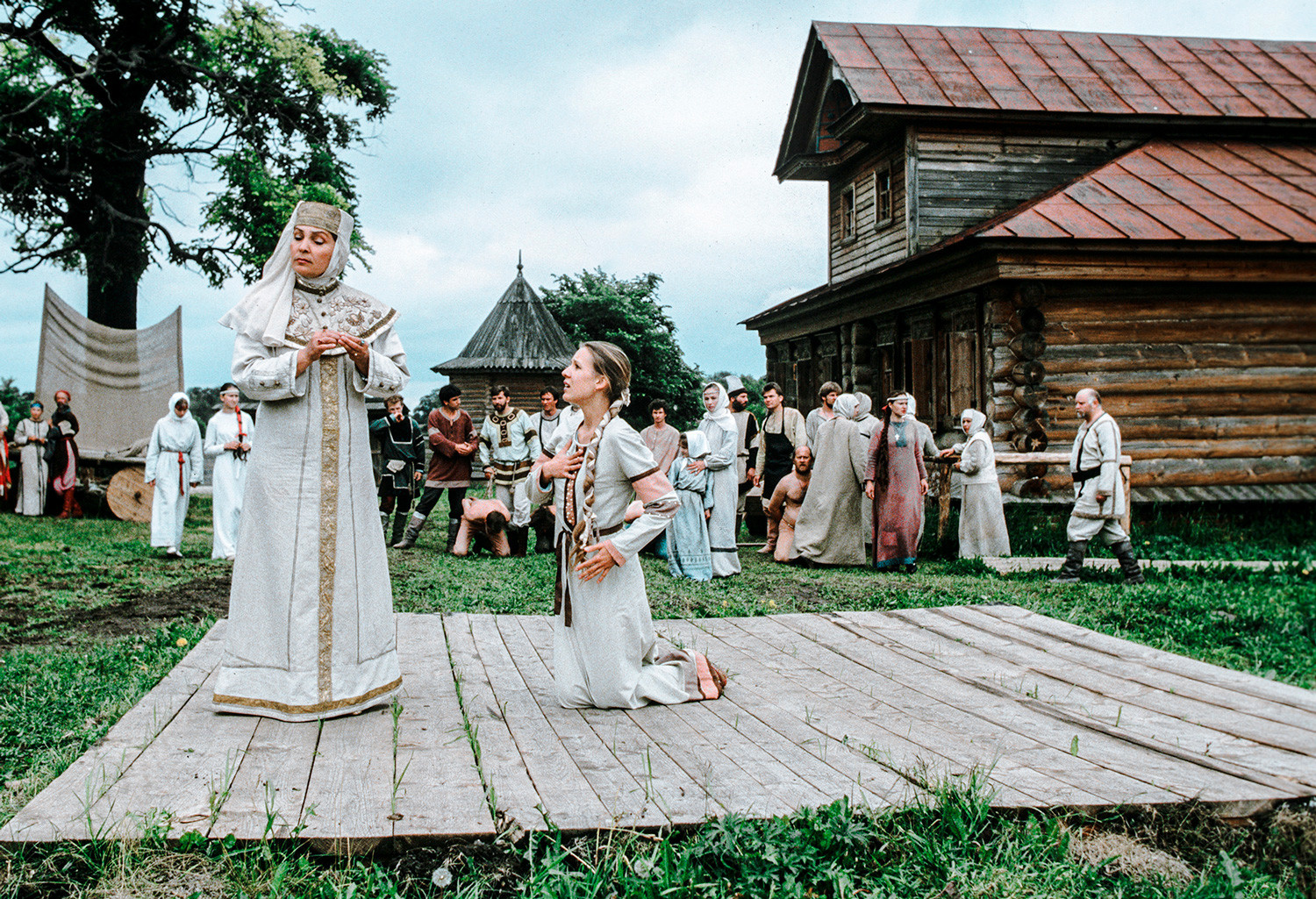 Historical performance in the Museum of Wooden Architecture

To find out how the ancient Slavs lived, we recommend that you visit the Museum of Wooden Architecture, a unique open-air exposition. Here on display are real old peasant houses of varying comfort levels, brought in from different villages. Farm buildings are also represented, including barns on stilts and windmills. Plus, you'll see a few medieval wooden churches, still miraculously standing. And here you’ll find out what an octagon-on-a-cube is — knowledge that no self-professed fan of Orthodox architecture can live without! 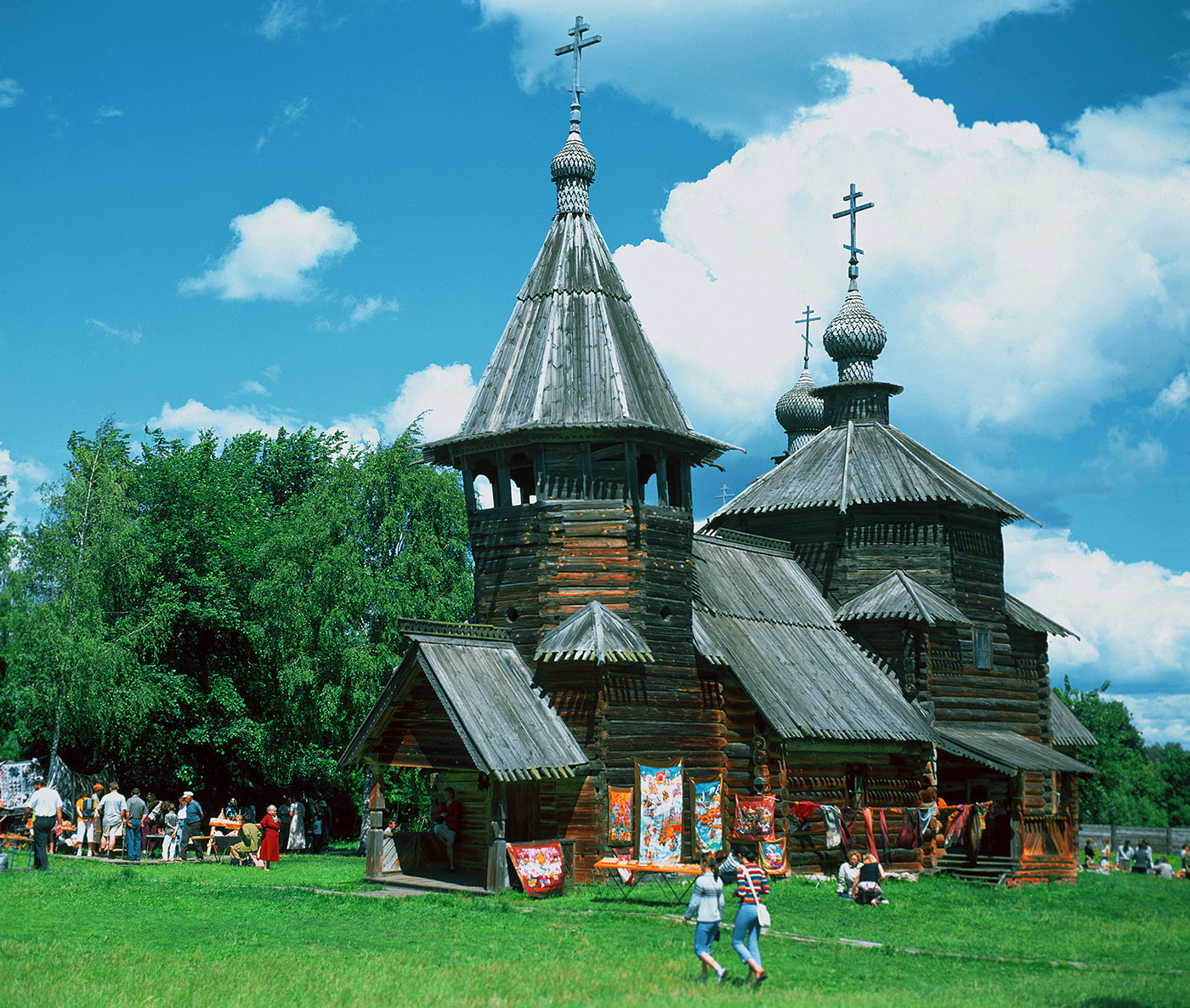 The Resurrection church,1776, at the Museum of Wooden Architecture

There are more sights here than residents (almost); even in Soviet times, the authorities actively developed tourism and created a huge number of museums.

In 1992 the city’s white-stone monuments were included in the UNESCO World Heritage list, which means you have no excuse not to visit Suzdal Kremlin, the oldest part of the city. Don’t miss the fabulous 13th-century Cathedral of the Nativity of the Theotokos. Incidentally, in any Russian city, churches dedicated to the Virgin Mary are instantly recognizable by their characteristic blue domes with golden stars. 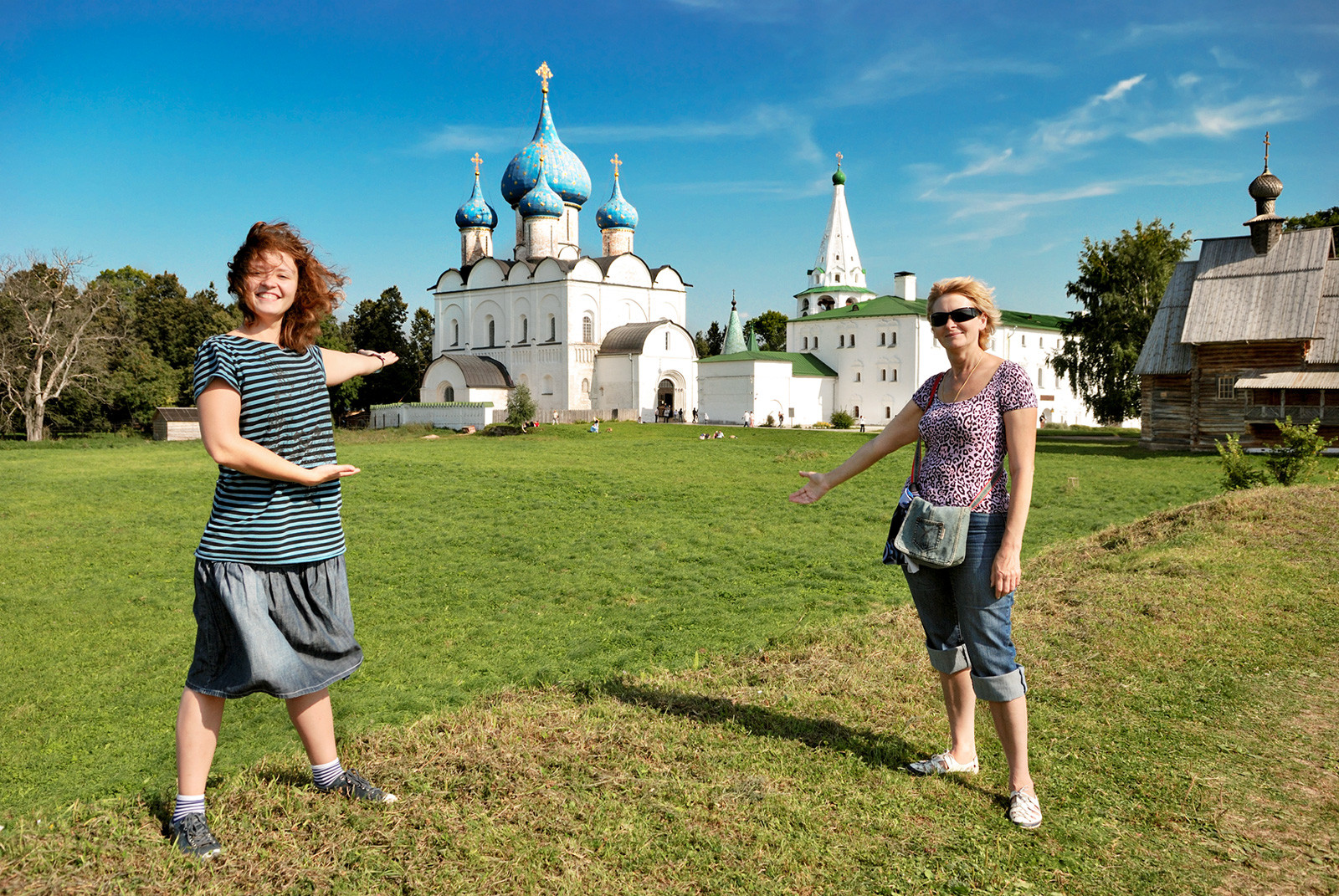 Cathedral of the Nativity of the Theotokos

Another absolute must-see is the Savior Monastery of St Euthymius, founded in 1352 partly for defensive purposes. Be sure to go inside the territory’s main Transfiguration Cathedral and examine the 17th-century frescoes. 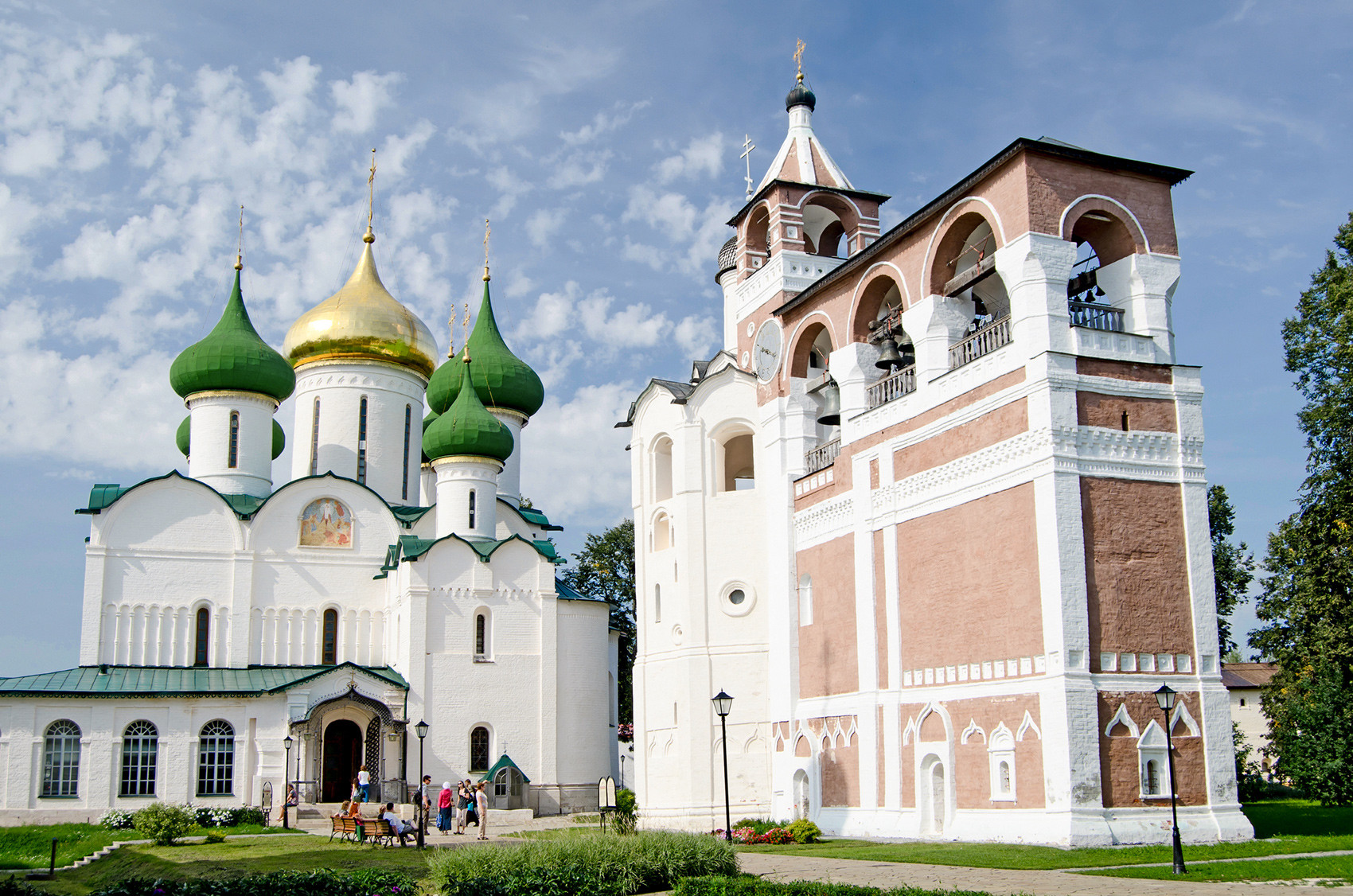 If you’re still not tired of churches and monasteries, take a peek inside the Pokrovsky (Intercession) Convent. Note the much smaller scale and lack of large fortification walls – two key differences between monasteries and convents in Russia. 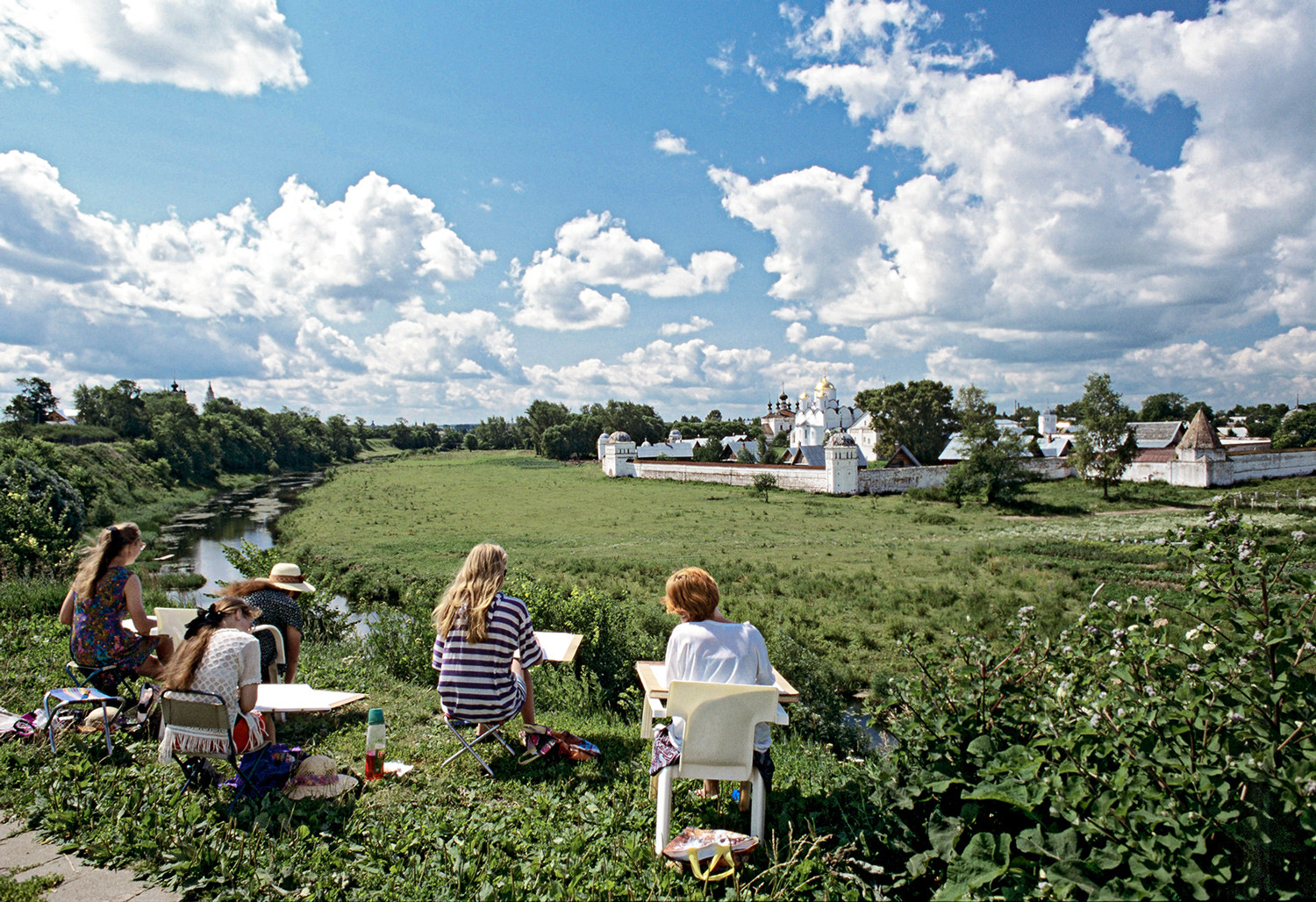 Plein air painting next to the Pokrovsky Convent

After an edifying history and architecture tour, it’s time for some nourishment. If you come in winter, head for Torgovaya (Trade) Square and try the local mead. This low-alcohol sweet beverage was consumed by all grand dukes and princes in Old Rus. 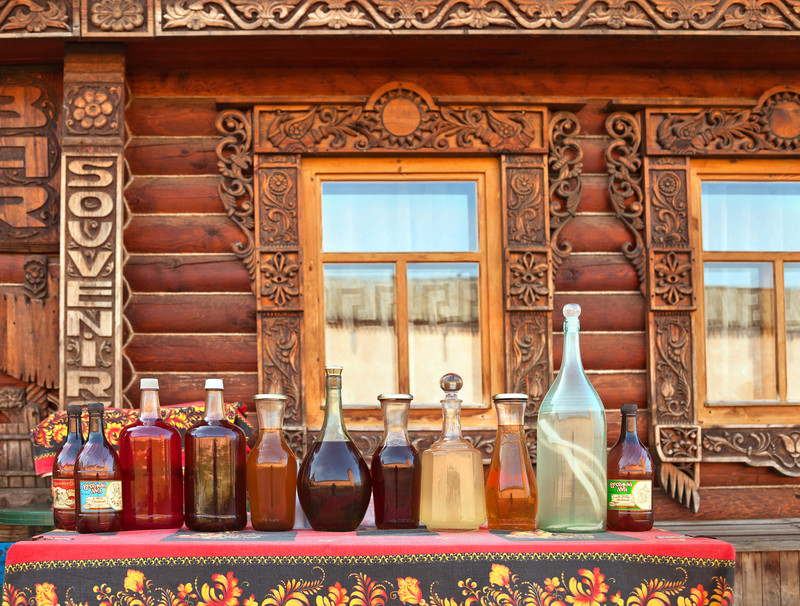 Next, go to Lenin Street, where you can buy kalatch (a type of fancy loaf) and Tula pryanik (a uniquely Russian spice cake), as well as find numerous restaurants serving Russian cuisine. Among the best are Uley, Pushkar, Lepota, Russkaya Restoratsia, and Chainaya. Try the pickles, stuffed cabbage rolls, schi, borsch, and solyanka soups, rasstegai pies with various fillings, and good-old pelmeni dumplings. For dessert, there are pancakes and sweet pastries.