Vladimir: What to see in the capital of ancient Russia 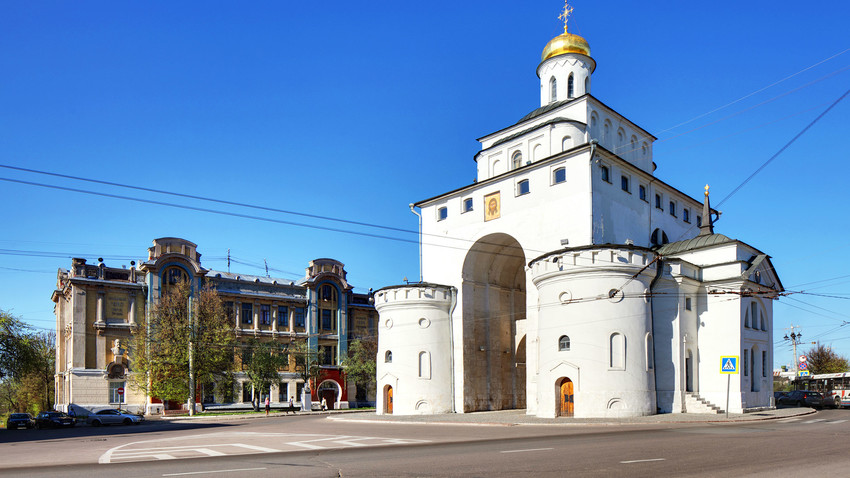 Getty Images
One of the most famous cities on the Golden Ring, Vladimir was once the center of a large and powerful principality. Today, it is a charming provincial city and a favorite spot for tourists.

The main fortress of North-Eastern Rus

The city owes its erstwhile grandeur above all to Prince Andrei Bogolyubsky, son of the founder of Moscow, Yuri Dolgoruky. He made it the capital of North-Eastern Rus, and surrounded it with a fortress and ramparts. 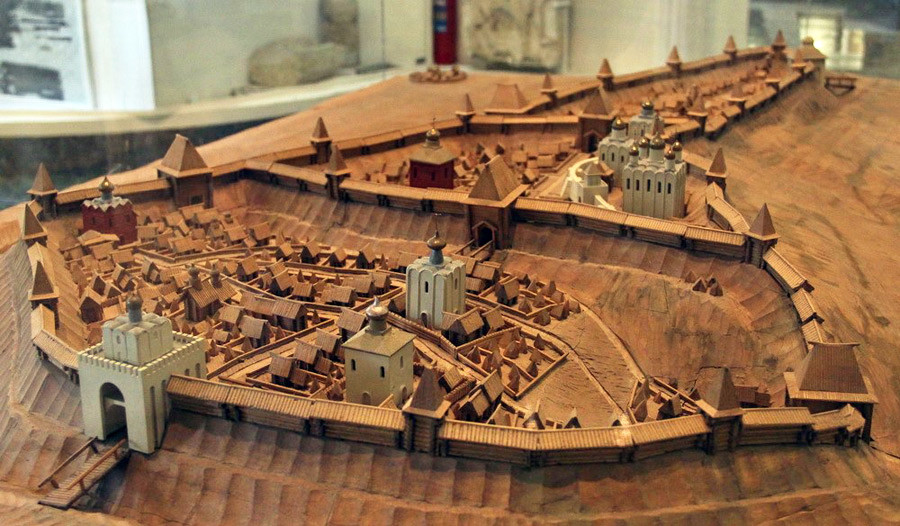 Model of the city in the local history museum

The only section to have survived is the Golden Gate (built 1164) – the main entrance to the old capital city, which was once covered with gilded copper. Today, only the gilded dome of the gatehouse church remains of the former luxury, while the gate itself now houses a museum dedicated to the military history of the city. 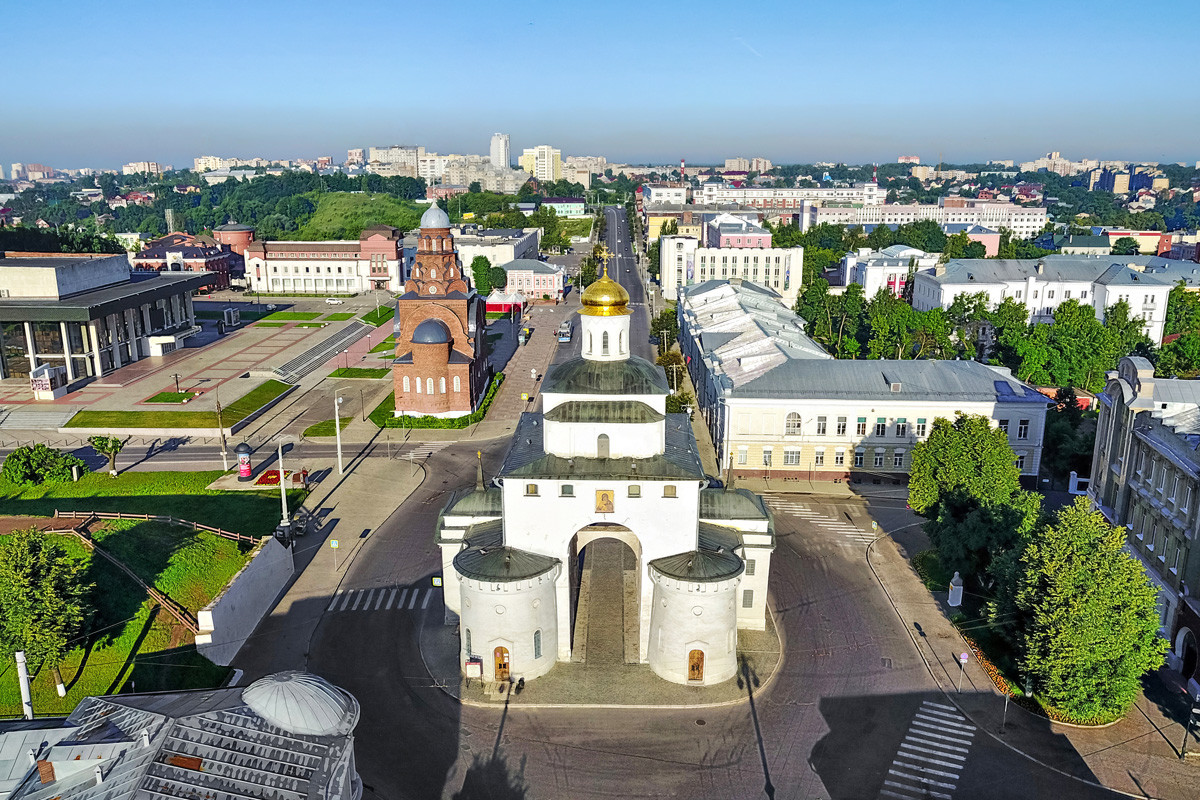 That said, more than 60 cathedrals have made it through to the present day, so get ready to explore the fabulously mysterious Russian Middle Ages.

The main cathedral of North-Eastern Rus

The glorious reign of Andrei Bogolyubsky bequeathed the imposing, majestic Dormition Cathedral (built 1158-60), located in the very heart of the city. If arriving from Moscow, you can reach it directly from the Golden Gate. Both of these buildings are listed as UNESCO World Heritage sites. 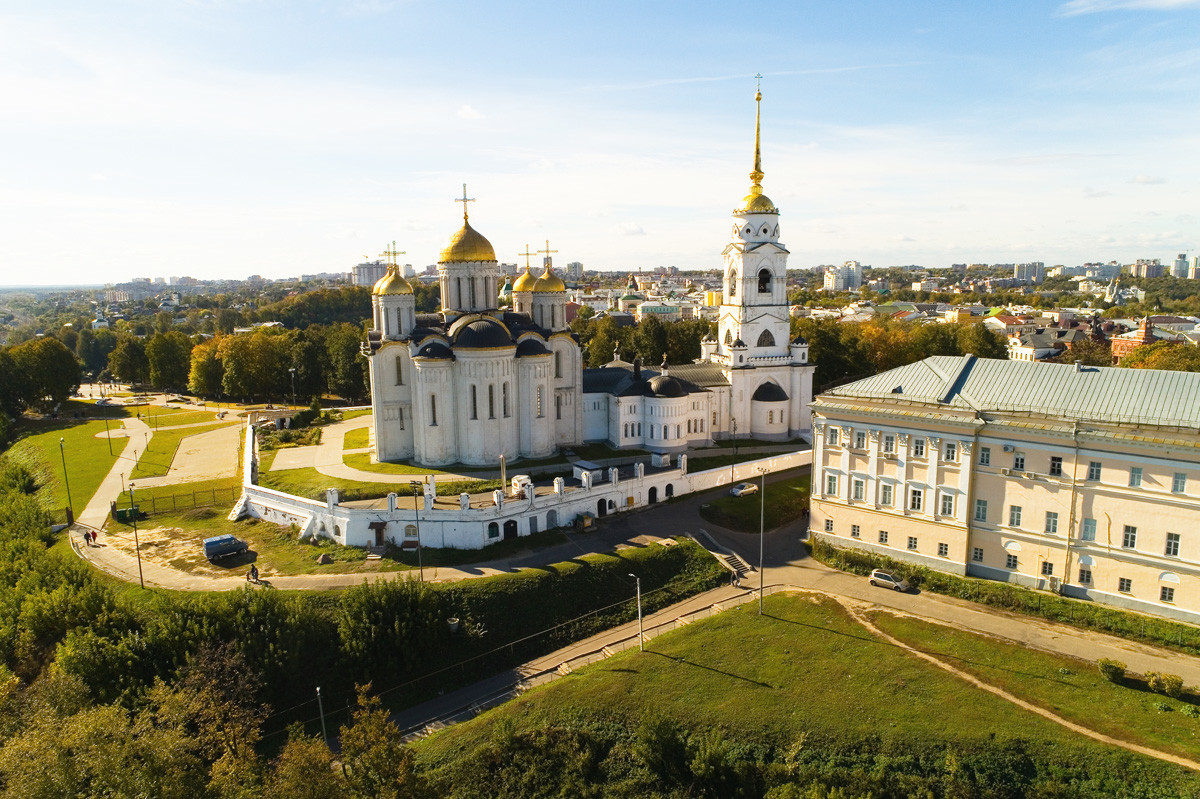 The cathedral is unique in every sense. On completion, it was Russia’s tallest church at the time. Various finishing touches and modifications were added over the course of several centuries, giving it a rather complex architectural form. Incidentally, it was used as the archetype for the 14th-century Assumption Cathedral in the Moscow Kremlin, which went on to claim primacy.

For a long time, the cathedral was home to one of the most revered icons in Russia, the Virgin of Our Lady, which came from Byzantium. Today it houses an old copy of the icon, while the genuine relic is kept in the Tretyakov Gallery in Moscow. The frescoes of Andrei Rublev, the legendary Russian icon painter, have also been preserved in Vladimir’s Dormition Cathedral. 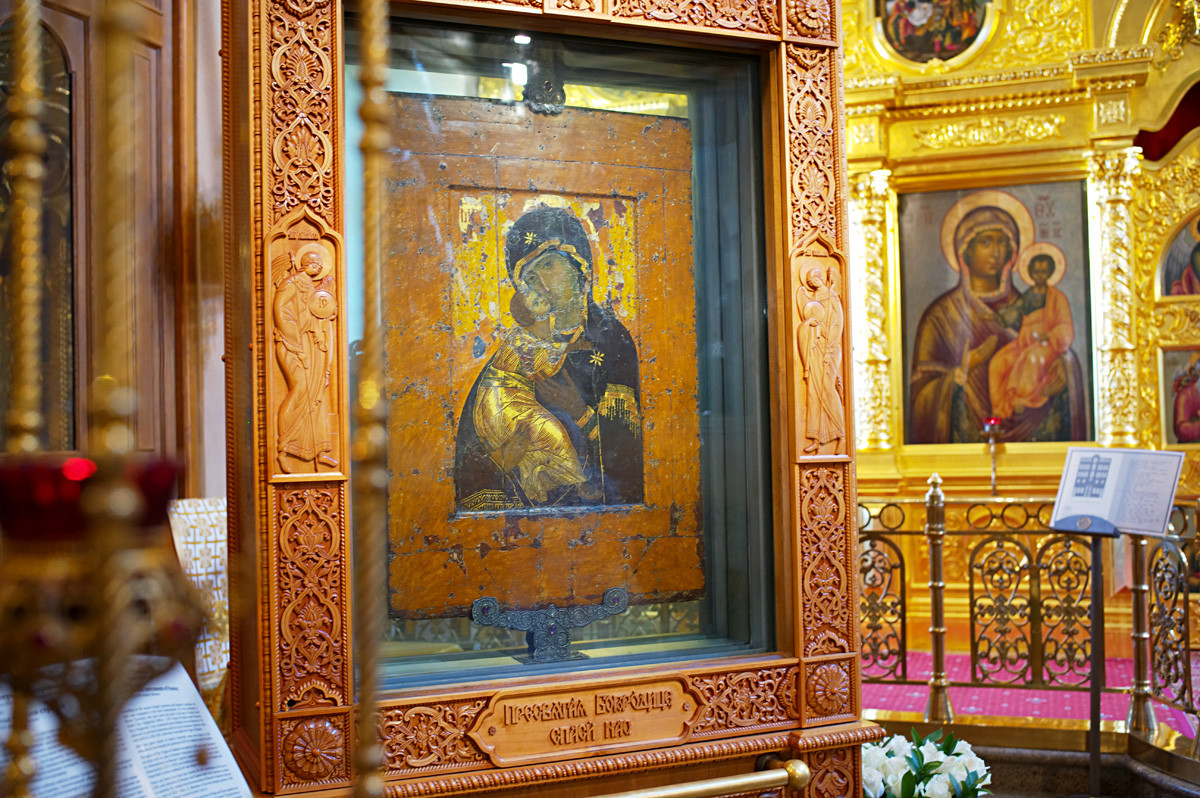 Vladimir Icon of the Mother of God in the Church of St. Nicholas in Tolmachi (house church of the Tretyakov Gallery)

If visiting Vladimir at New Year, on the square outside the cathedral you will be greeted by a traditional fair with shashlyk, mulled wine, and folk souvenirs.

The most unusual church

Not far from the Dormition Cathedral stands another – Dmitrievsky, or the Cathedral of St Demetrius. It was constructed in 1191, when the younger brother of Andrei Bogolyubsky, Vsevolod the Big Nest (so called because he had so many children), became the city’s ruler. 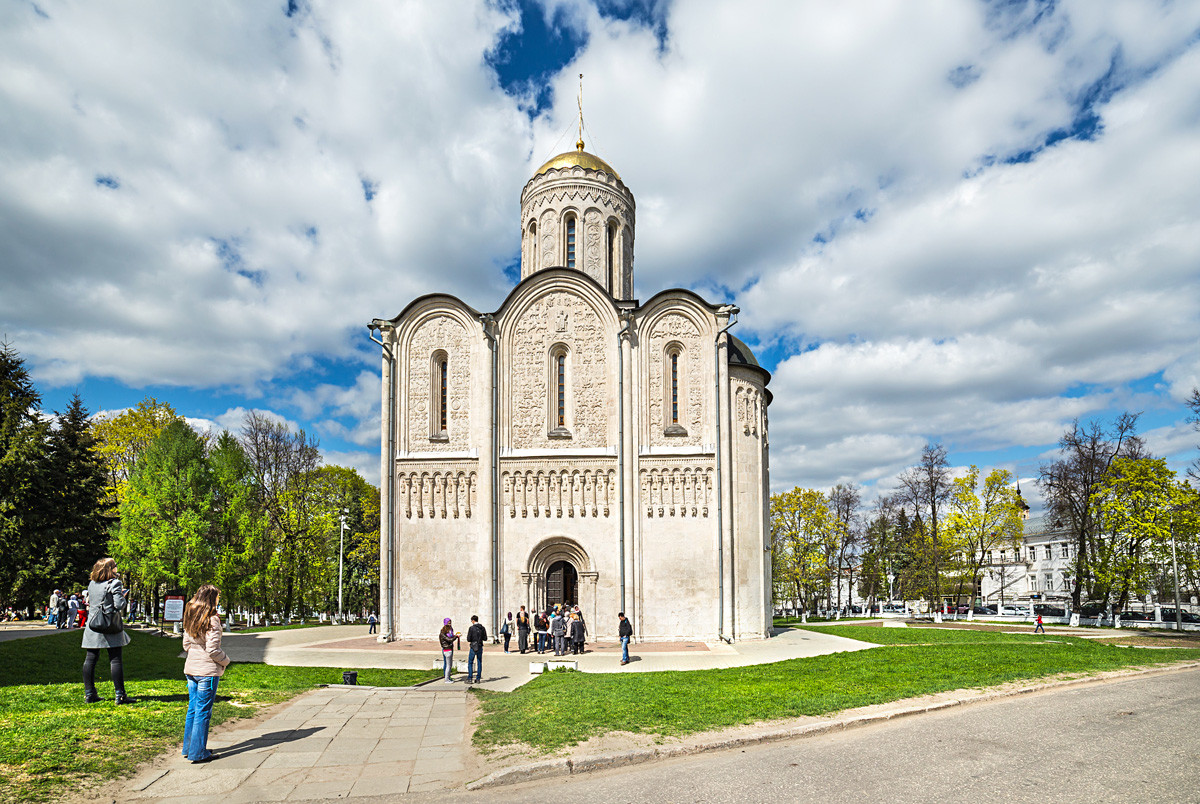 The place of worship is famous for its carved bas-reliefs – more than 600. The figures of saints are carved into the lower tier, above which there are lions, biblical birds, mythical animals, and other characters. Also immortalized in stone are Prince Vsevolod and his family. 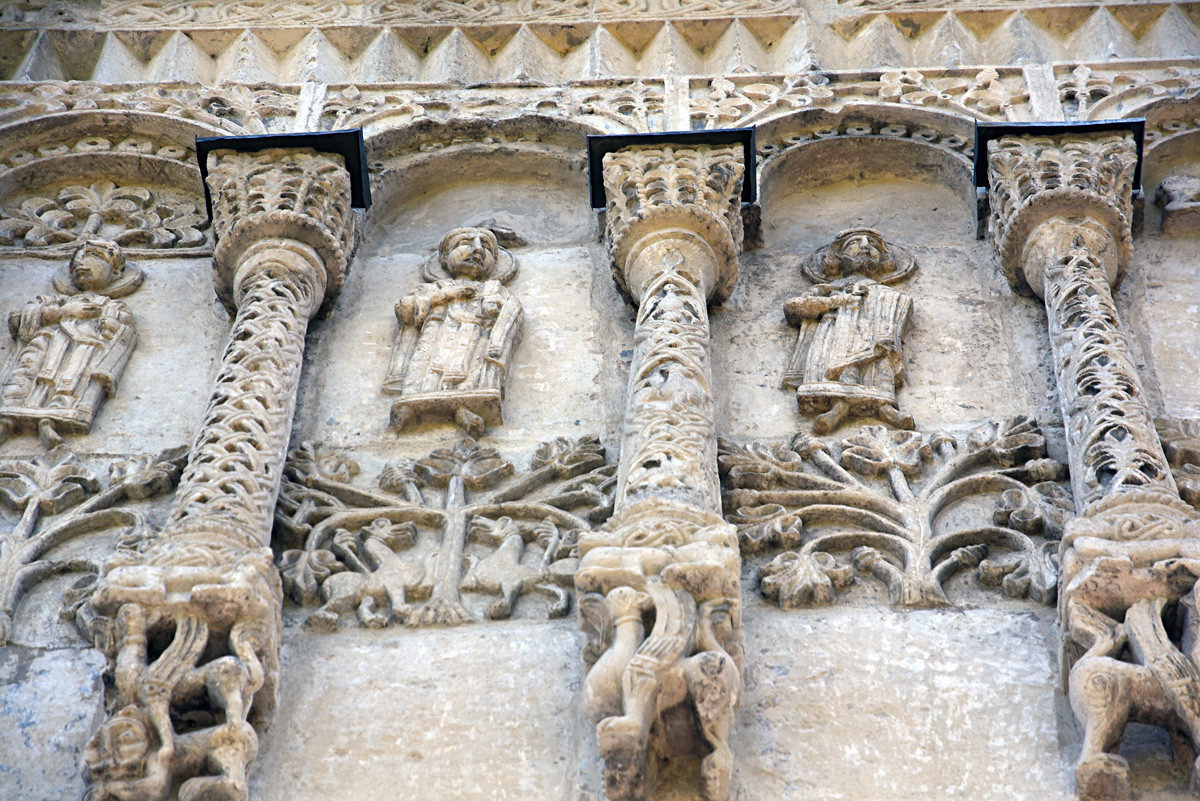 The most beautiful church

The village of Bogolyubovo is reachable from Vladimir by electric train. It was here that Andrei Bogolyubsky built his first residence – a large castle that has been only partially preserved. Here too the prince was killed, and later, on the territory of his former residence, the Svyato-Bogolyubsky Convent was founded. 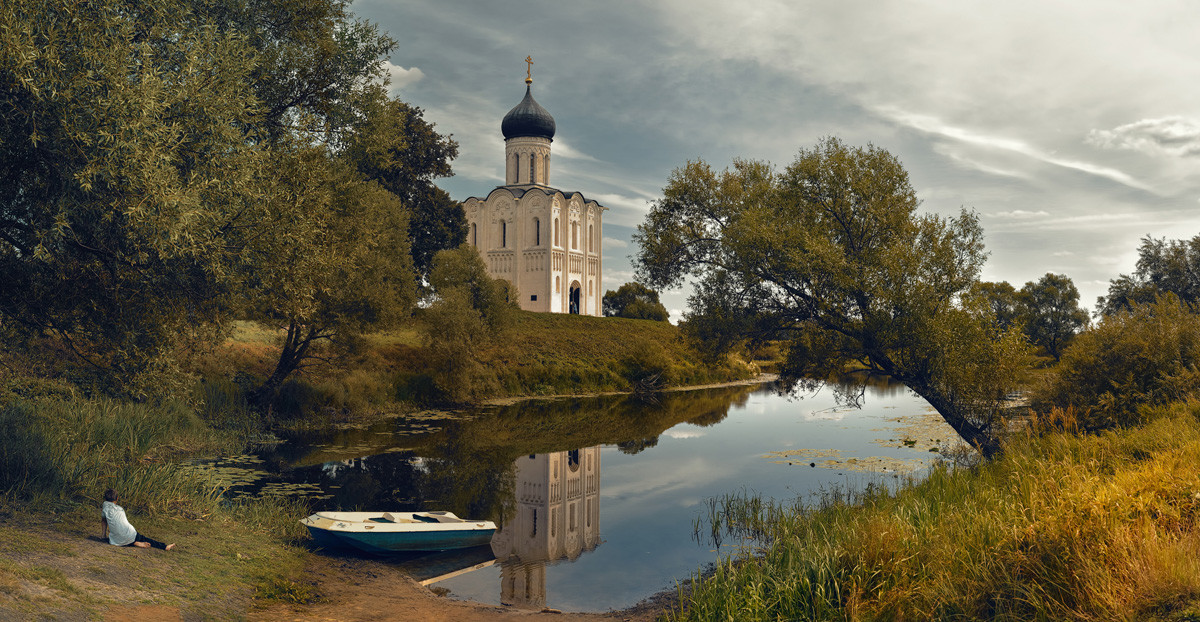 The Church of the Intercession on the Nerl

Next door is the Church of the Intercession on the Nerl, a true gem of the entire Golden Ring. It is located in a meadow, on a bend in the Nerl River as it flows into the Klyazma. The two rivers periodically flood their banks, submerging the entire meadow, while the church rises picturesquely on its specially built pedestal.

While at the church, don’t forget to make a wish and walk around the building three times – then it will certainly come true. But why describe it, better to watch a video:

If you grow tired of cathedrals and antiquities, go for a walk along Bolshaya Moskovskaya Street with all its souvenir stalls and lovely restaurants serving Russian cuisine. And drop by the Patriarchal Garden culture park. 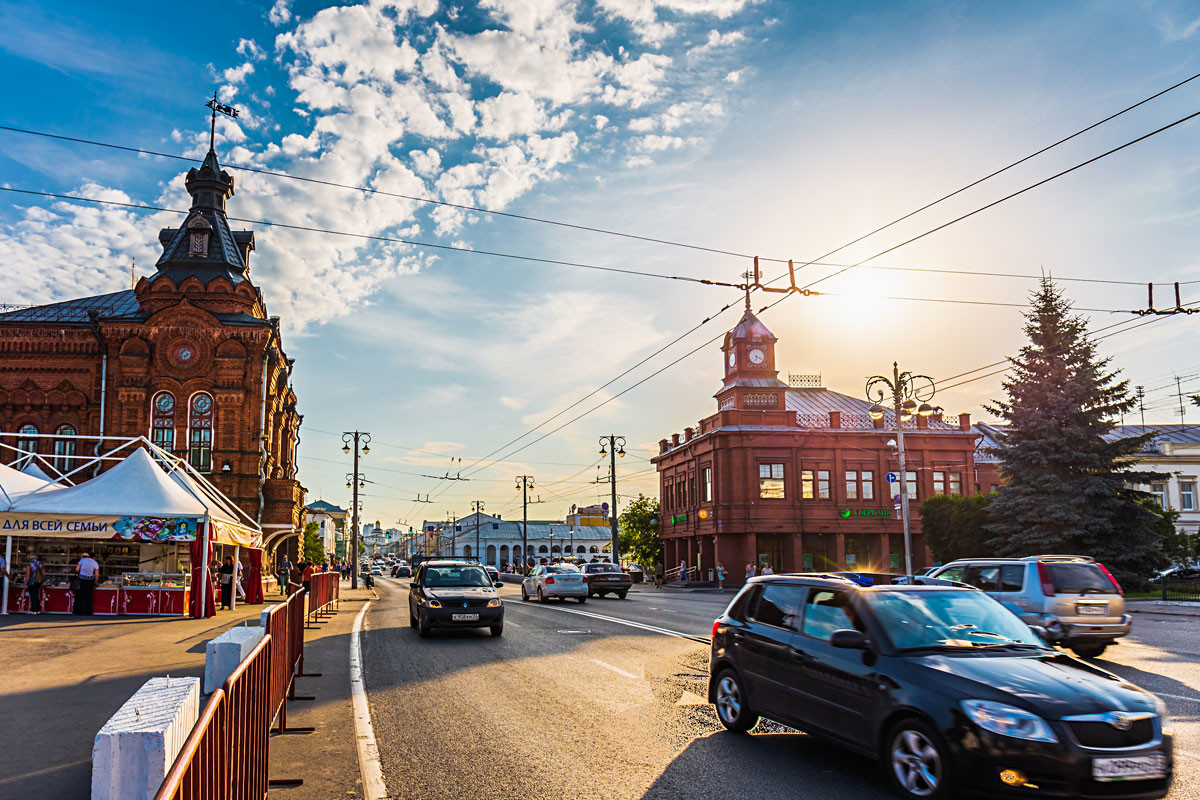