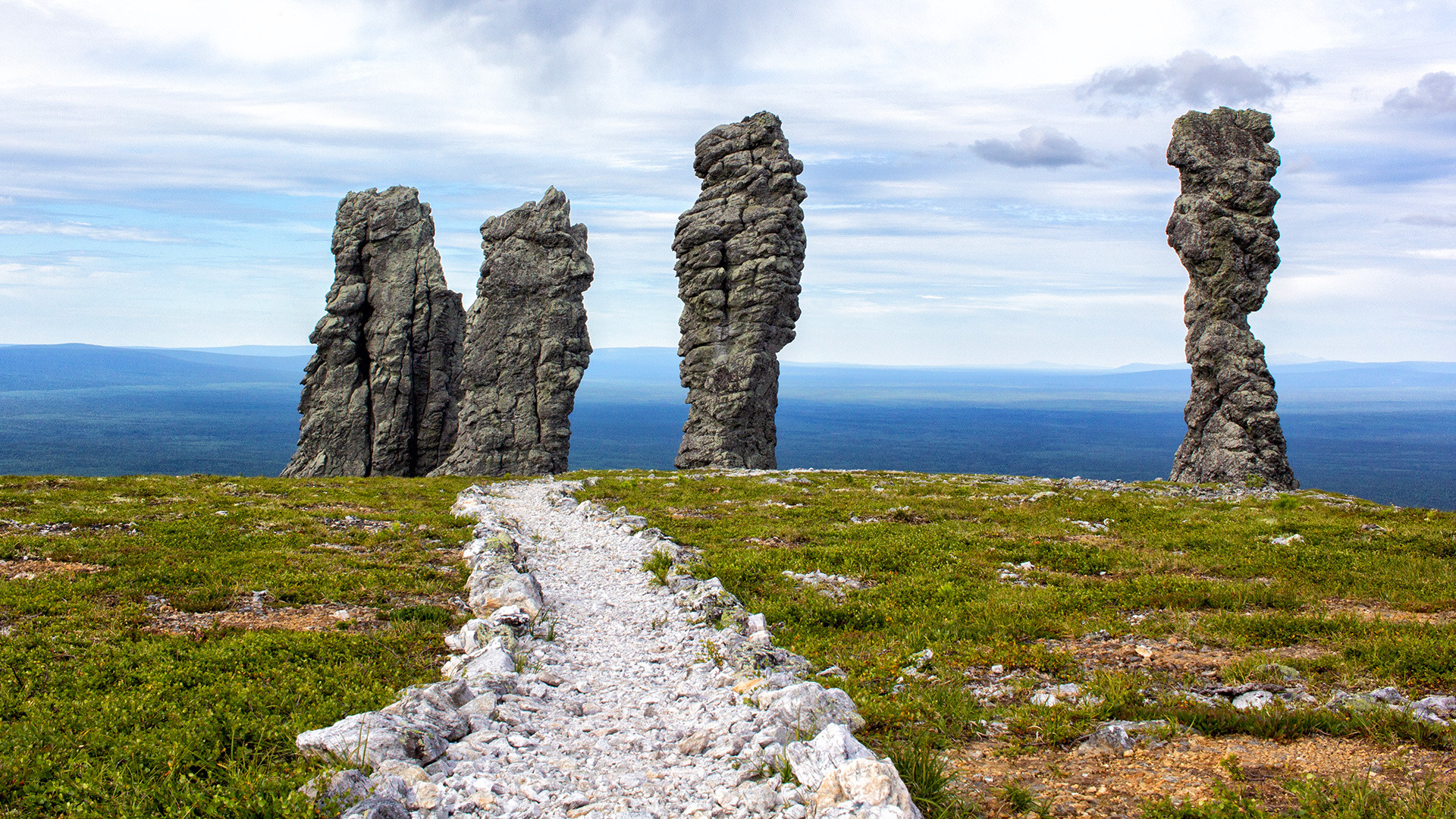 Getty Images
Everything you need to know about one of the seven wonders of Russia: why go there, how to get there, and what you gain from it.

The Northern Urals are home to an incredible geological monument: seven rock pillars 30-42 meters high. The bizarrely shaped stone idols are all that remain of an ancient mountain range that was eroded over millions of years by biting winds, precipitation, and frost. The pillars survived thanks to their robust quartz backbone. 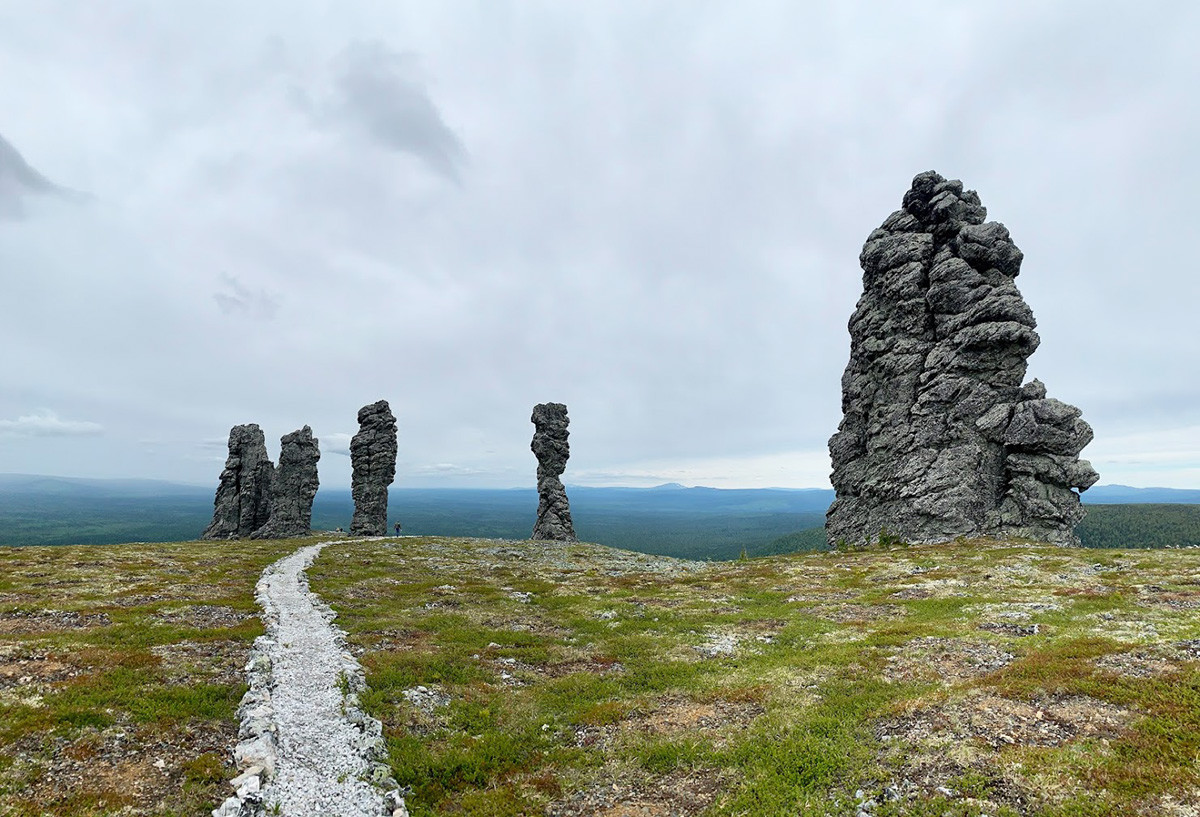 The place has various names: "Manpupuner," "Weathering pillars," "Bolvano-iz," "Mansi blocks," while locals simply call them "belly-buttons." That said, these “locals” are still a long way away. One of the most inaccessible places in Russia, Manpupuner is situated in the Pechoro-Ilychsky nature reserve of the Komi Republic, on the border with Perm Territory and Sverdlovsk Region, tens of kilometers from the nearest settlement.

Translated from the Mansi language, "Manpupuner" means "small mountain of idols." A beautiful and mysterious legend tells of their origin. The Mansi believed the hill on which the rocks now stand to be sacred ground. No one was allowed to go there. But one day, seven giants came from afar to destroy the Mansi people. They ascended the heights and were literally petrified by the gods. 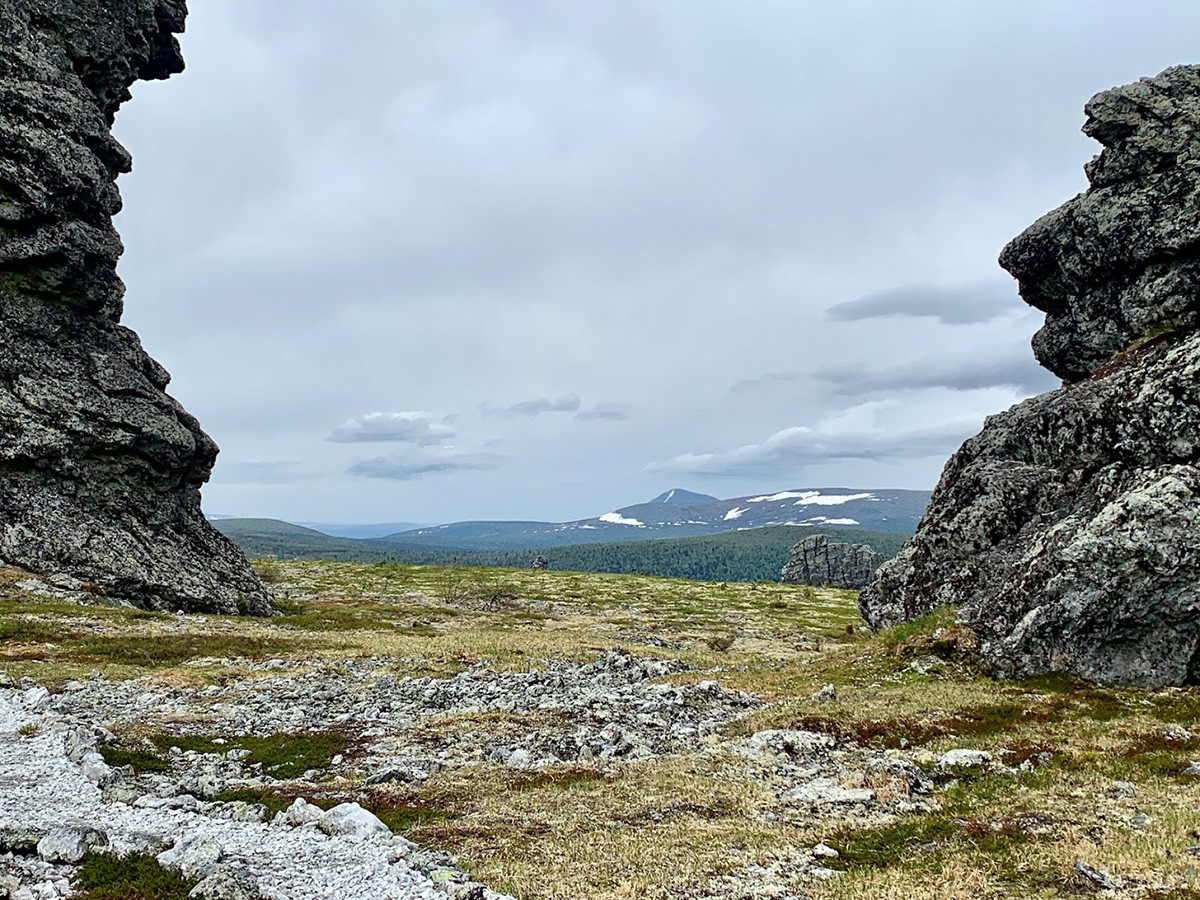 In 2008, by nationwide vote, Manpupuner was chosen as one of the “seven wonders of Russia” — alongside Lake Baikal, the Valley of Geysers in Kamchatka, St. Basil's Cathedral, and others.

Due to its beauty and pristine wildlife, Manpupuner is one of the most popular places for tourists from neighboring areas, who come here to conquer the “Ural Everest.” Not everyone is able to accomplish it, and beginners are advised to stay well away. 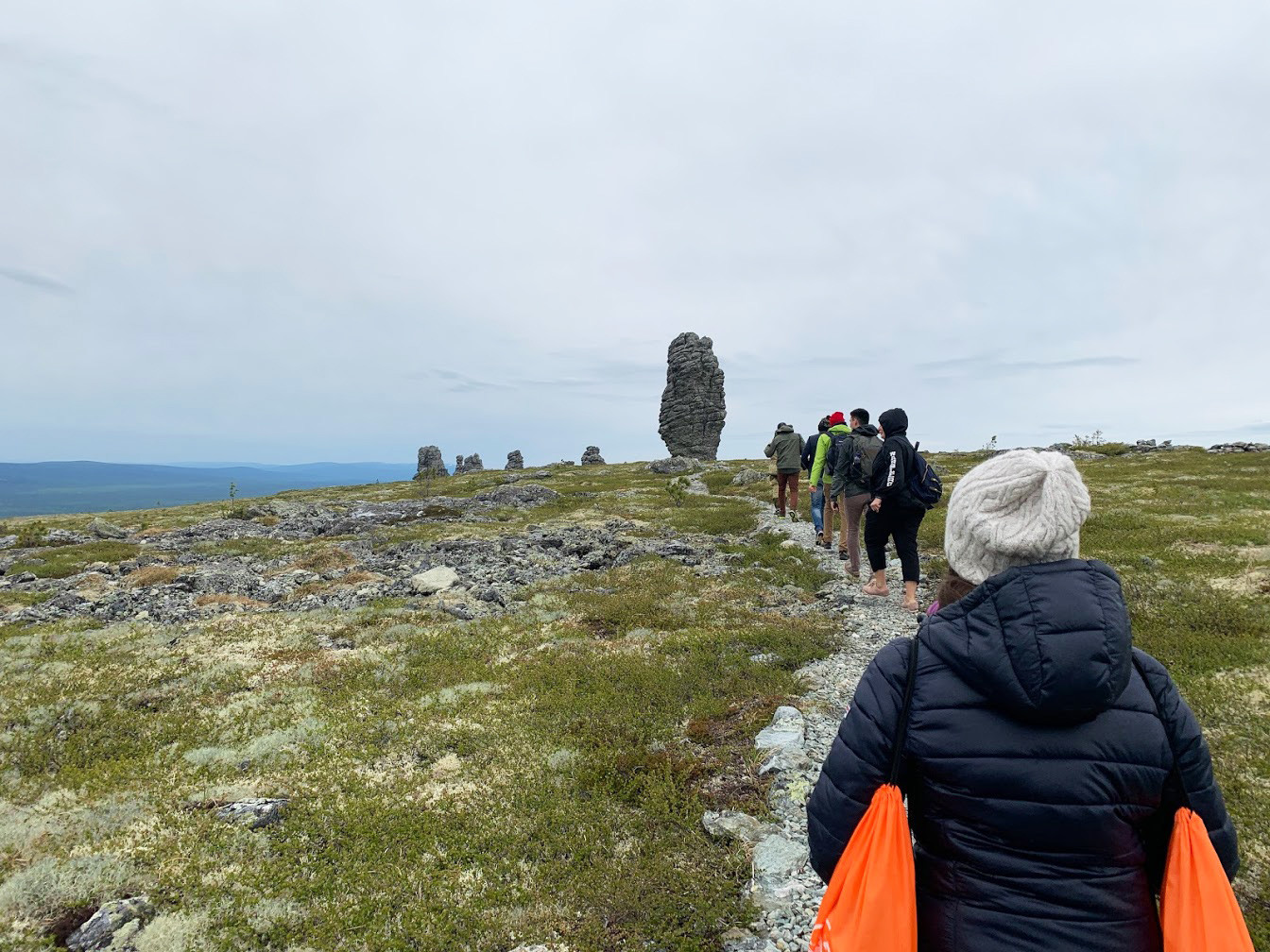 The classic 180km hiking trail from the direction of Sverdlovsk Region takes 6-7 walking days one way. However, the capricious Ural weather ruined all his carefully laid plans: heavy incessant rain meant that Ivan's group had to turn back after two-thirds of the way. 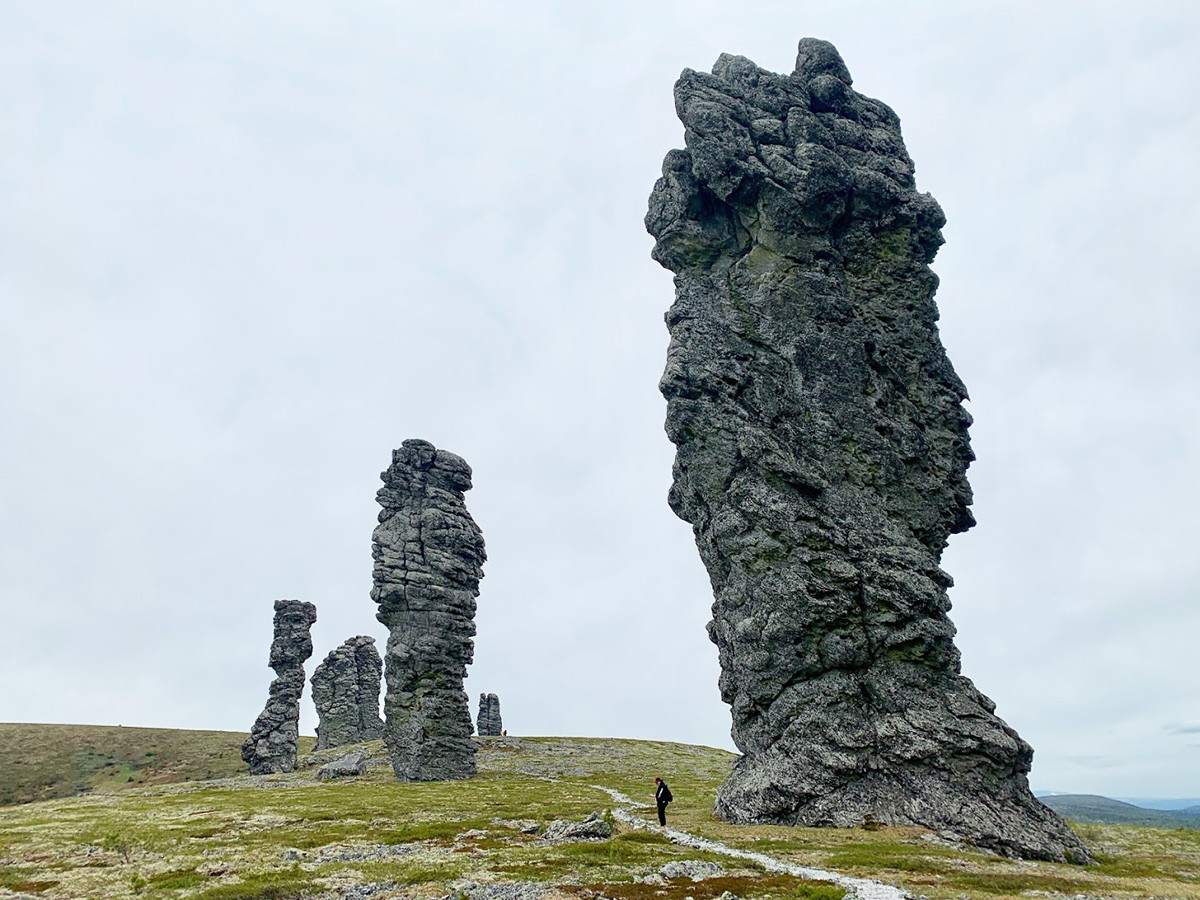 The following year, Ivan and his team decided try again. "We were ahead of schedule, running on adrenaline. On the approach to the plateau, we were doing twice the normal mileage. It was already late in the evening and dark when we tore up the slope to the source of the Pechora river, and didn’t even stop for a breather the next morning. And there it was — Manpupuner, behind a low mountain. The next day we reached the stone pillars and hugged them, smiling at the wind and rain because we’d made it,” says Pechishchev.

The power of nature, and thoughts of the eternal

Ivan considers Manpupuner as a force of nature, a place that wills you to return: “The beauty of the Urals is unpretentious, there are no bright colors or snow-capped peaks. But the dwarf tundra shrubs, wildflowers, Ural ridge, and outlier rocks create some amazing views.” 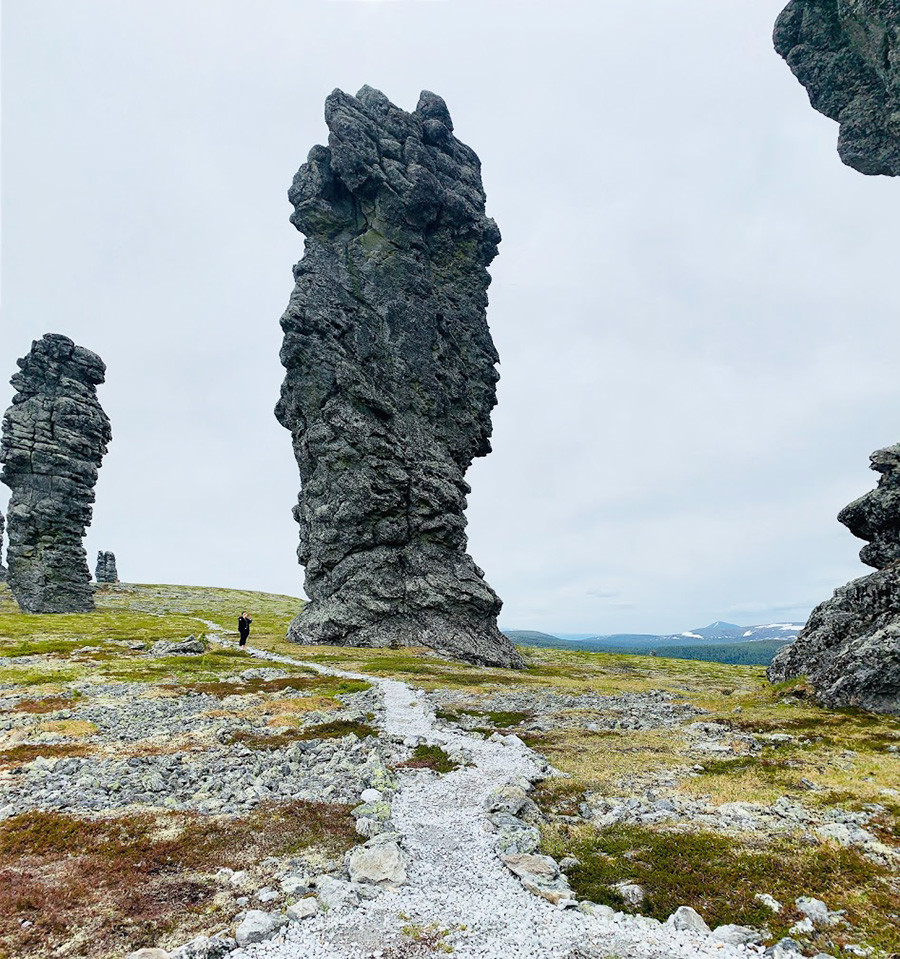 In Ivan’s words, mystical thoughts involuntarily run through the mind at the mere sight of the pillars. You start to believe in spirits and legends. “Geologists have a rational explanation for how these pillars appeared, but I'm not a geologist, and it seems more like a miracle to me,” says Pechishchev.

Returning to Manpupuner after a break of 20 years, he experienced a feeling of eternity: “You’re already a different person, you have a family and children, yet these stone pillars are still there. The weather is just as changeable: sun gives way to rain, and rain to sun.”

How to get there, and when to go

To get to Manpupuner, you must first obtain permission from the nature reserve. The best time for a hiking trip is August, but some tourists go to see the wintry rocks in February-March, when the first spring sun is overhead and crunchy snow is underfoot. At this time of year, Manpupuner can be reached by snowmobile. 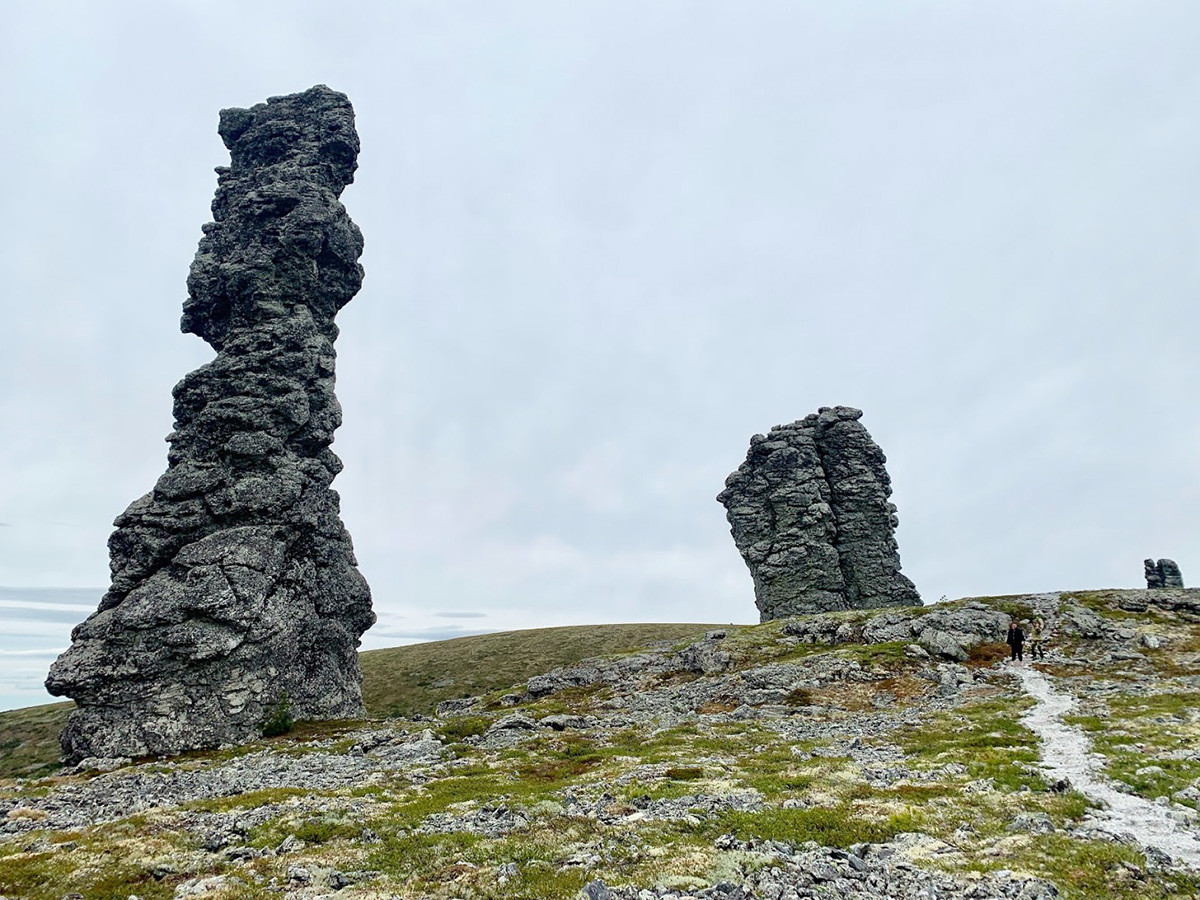 There are two main ways to the sacred pillars: the “classic” route, as walked by Pechishchev, starts from Sverdlovsk Region (from the city of Ivdel) and is 180 km long. The path is interesting in itself, running through some highly picturesque places, including the infamous Dyatlov Pass, where in February 1959 nine tourists mysteriously died. According to Ivan, however, the pass is now tourist-friendly, so he escaped any kind of mystical horror down there.

Many tourists combine the return journey with river rafting, which gives the legs a much-needed rest. 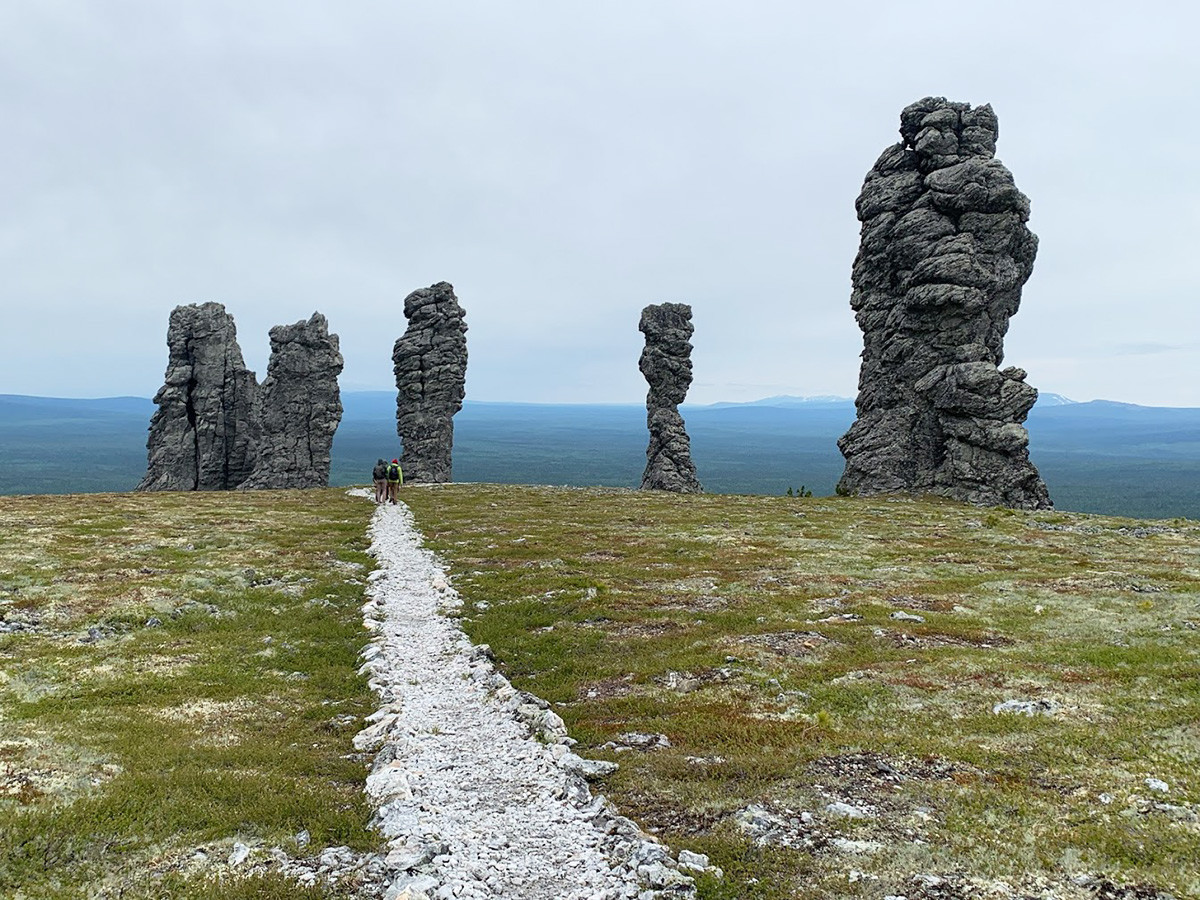 The other route is from the Komi Republic. The hiking trail is shorter and easier, but the logistics are more complicated: first take a train from Salekhard to the town of Trinity-Pechorsk, then a car or bus to the village of Yaksha, where you can find a boat and sail almost 200 km along the Ilych river. From there to Manpupuner, it is “only” 38 km on foot.

Meanwhile, for those who don’t see the romance of multi-day excursions, there is always an express trip by helicopter. Flights depart from the town of Nyrob in Perm Territory, and take no more than an hour one way. This adventure will set you back 42,000 rubles ($663) per person, and includes transfer by bus from Perm. 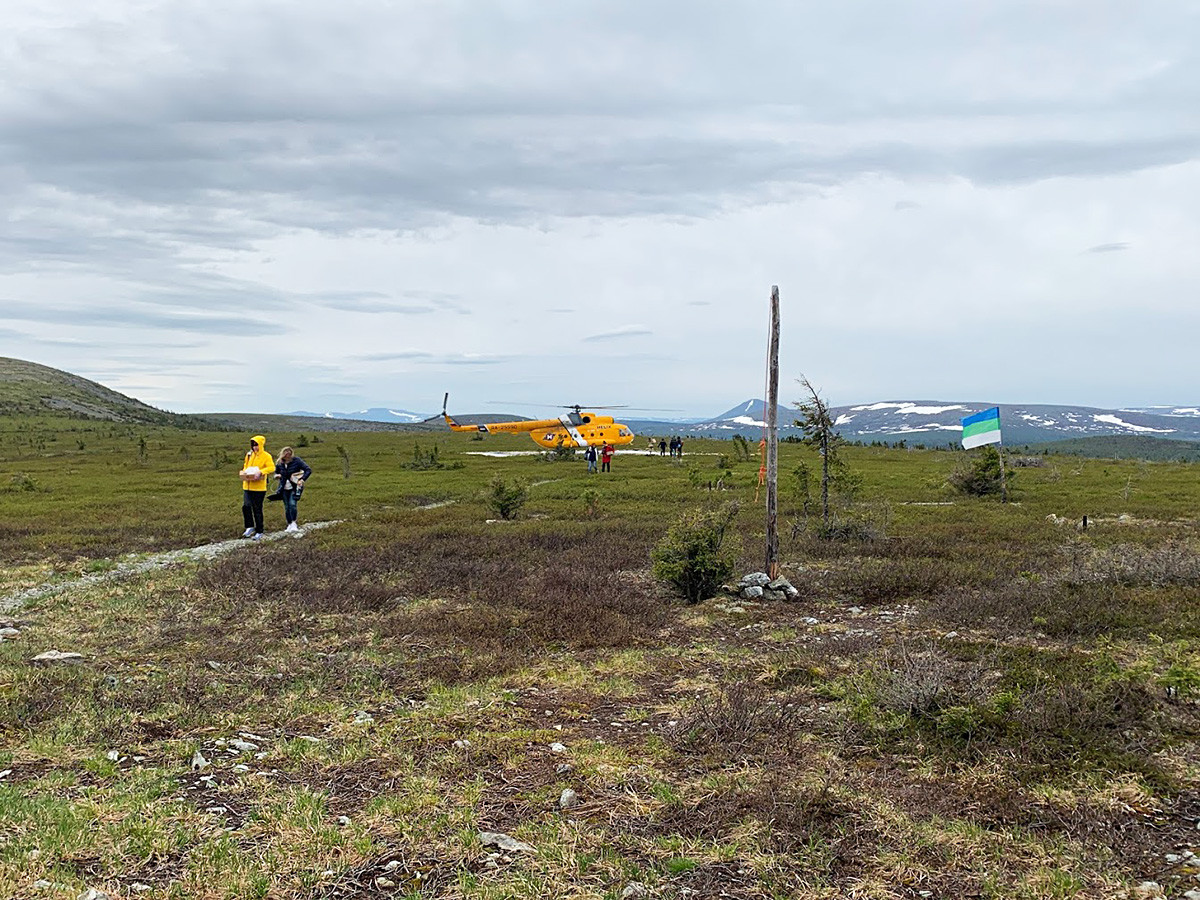 Rocks that remain forever in the heart

In 2019, Ivan Pechishchev journeyed once again to Manpupuner, this time using the helicopter option. After so many stories, he was keen to show this place of natural beauty and power to his wife. “I thought that after visiting the plateau a second time in comfort, I wouldn’t want to go back again. But no! I saw the moss-covered rocks, dwarf birches, and willows, the understated colors of the mountain tundra, breathed in the moist air, squinted at the wind, and realized that I just had to return,” he admits. 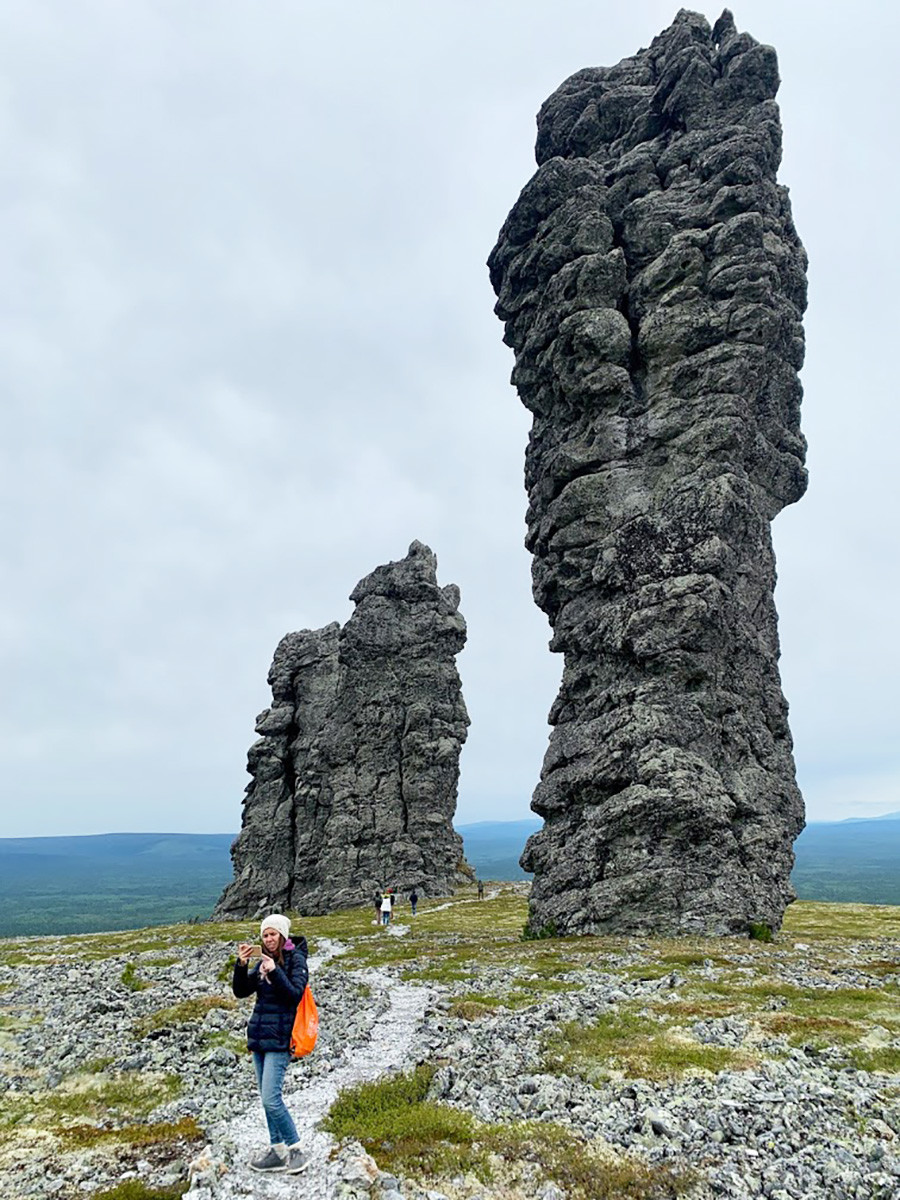 Ivan is already planning his next hiking trip to Manpupuner for when his sons come of age. “When you get to Manpupuner after a hard slog, it’s a reward that lives in your heart forever. When you walk for days on end and finally catch sight of it, you realize it’s the same ‘Everest’ and the same thrill as before,” he says.