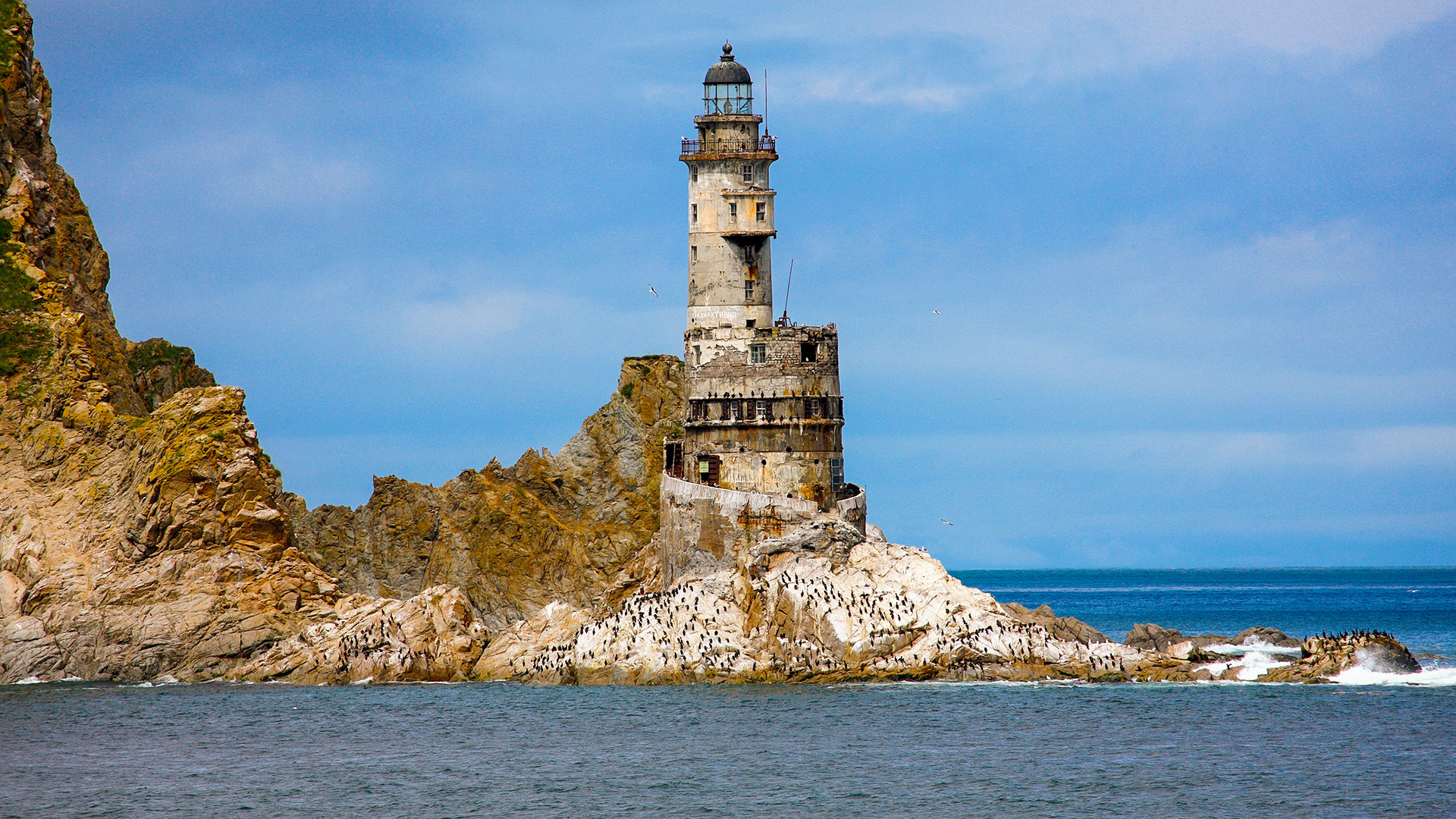 Legion Media
Russia’s largest island is known for its stunning natural beauty and a wealth of tourist routes. But what are its top unmissable sights? 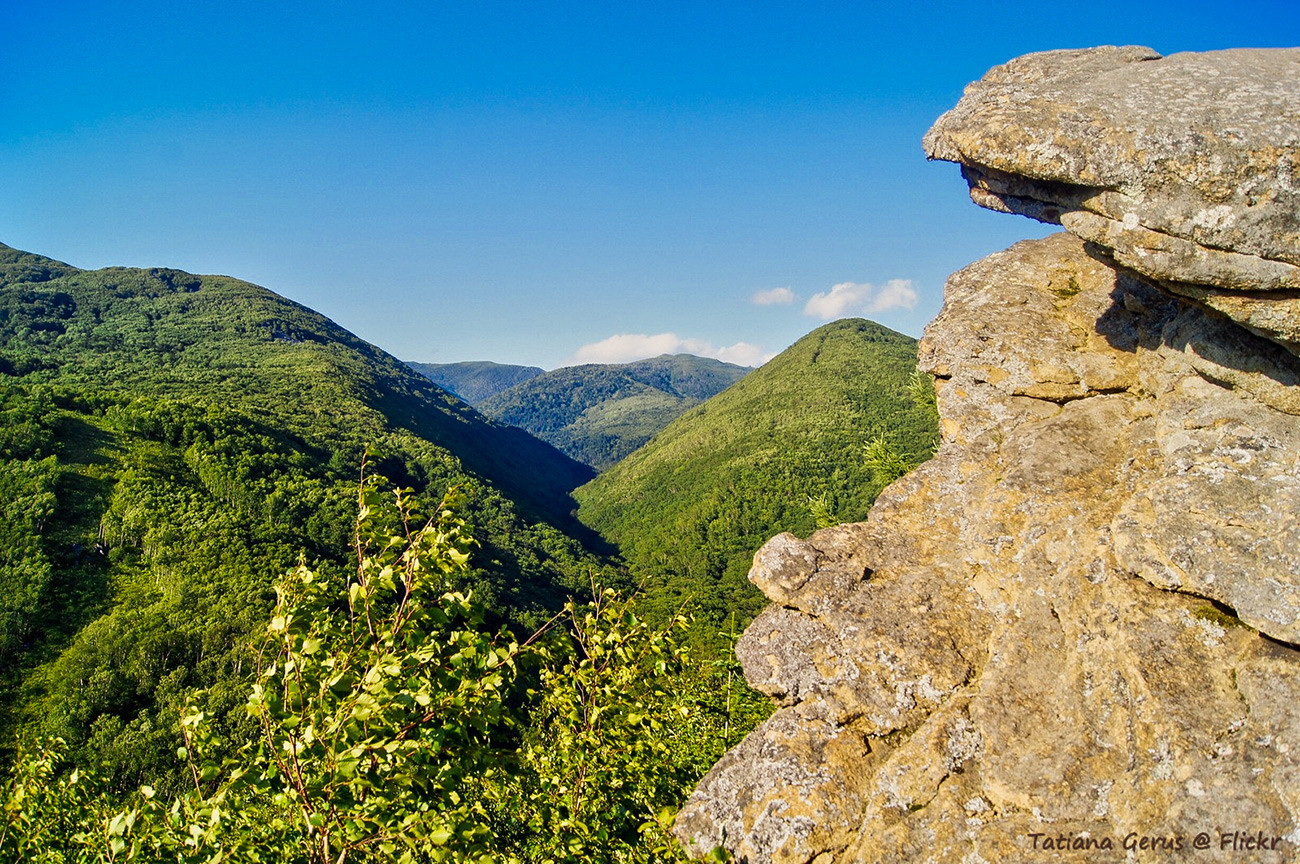 One of the most popular natural sights on Sakhalin is located not far from the island’s capital, Yuzhno-Sakhalinsk, and can be reached by a city bus. Hidden in the depths of a forest is a mountain, whose outlines resemble a sitting frog. Local residents and ufologists consider this territory to be a place of power as well as an anomalous zone.

Natalya, a resident of a nearby village, says: “You should not come here unprepared. Since the 1990s, the ‘Frog’ (Lyagushka in Russian) has been visited by various psychics and ufology experts, and everyone says what a powerful energy there is here. Everything that you take from nature, be it water or plants, must be taken with care. Otherwise, the evil spirits will get angry and take all those natural riches away from you. For example, I always plunge into the river before climbing that mountain, but once I didn’t, and the harvest that year was very poor.” 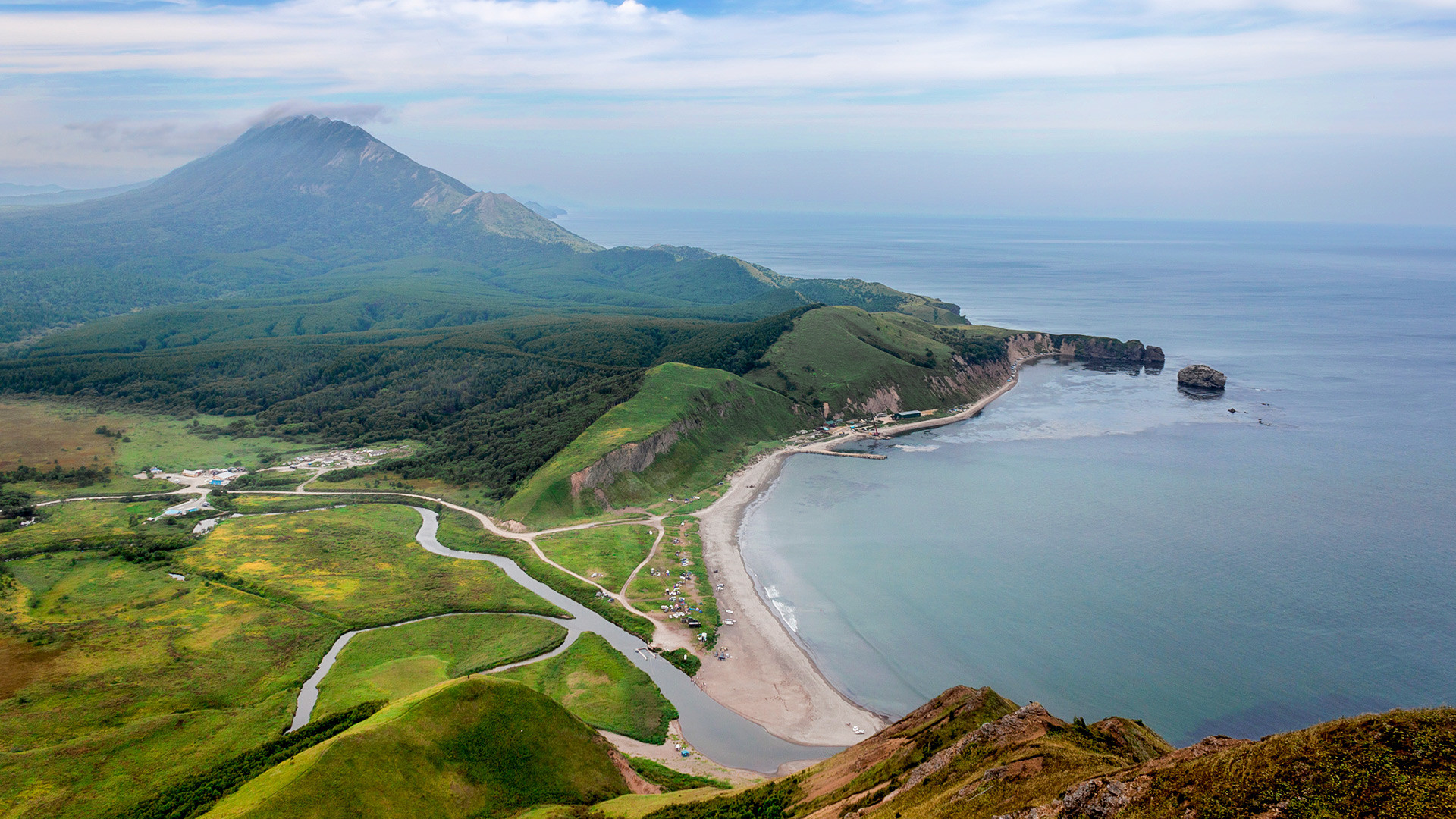 According to the ‘Russia.Travel’ portal, Tikhaya (“Quiet”) Bay is one of Russia's top five beaches. It can be reached by car from the island's capital by driving to the north of the island. In sunny weather, the bay is calm and tranquil, fully justifying the name given to it by famous explorer Ivan Kruzenshtern. Even in poor weather, its massive cliffs protect the coast from strong gusts of wind.

Fans of extreme tourism can climb the Bold Peak and admire the beautiful panorama of the bay and the mountain range from a height of over 200 meters (656 ft). The peak forms part of the Duet Mountain, which the locals have nicknamed “Pushkin”: if you look at it from a certain angle from the beach, it resembles the great poet's profile. 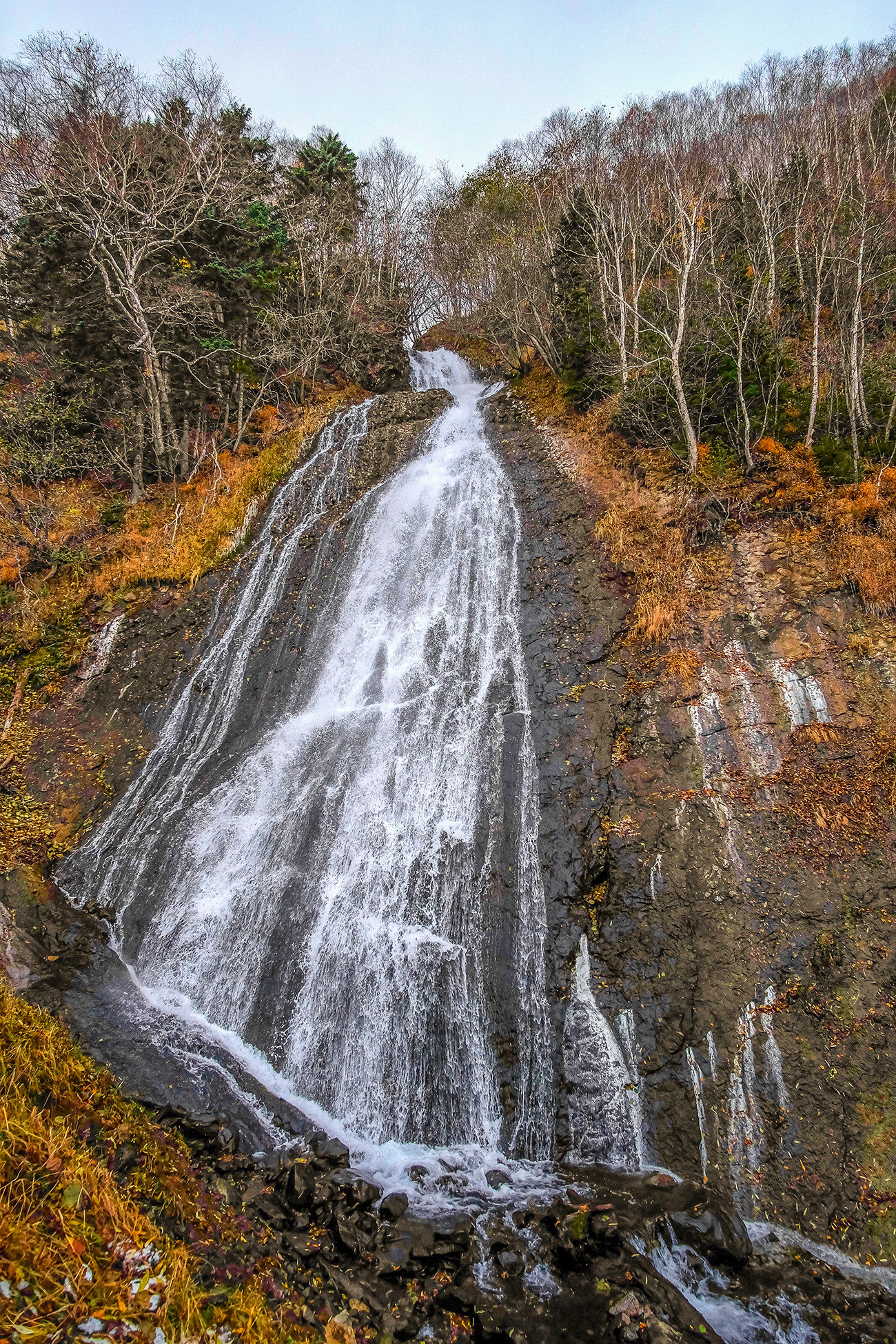 Heading to Quiet Bay along the island's east coast, you can visit one of the highest waterfalls on Sakhalin. To reach it, you have to get off the main road and head deep into the woods by foot. There is a small observation deck for tourists, offering breathtaking views of a three-stage waterfall that’s nearly 50 meters (164 ft) high.

Yet, one should not forget that it is not only tourists who come to admire the beauty of the waterfall. Alexander, a Sakhalin resident, recalls: “Once my friends and I decided to get some rest at the platform by the waterfall. The conversation was lively and the water rumbled nearby, so we did not hear that we had been joined by a bear cub! We got so frightened that our cries sent it back into the forest. We had to leave quickly, too, lest we met its momma!” 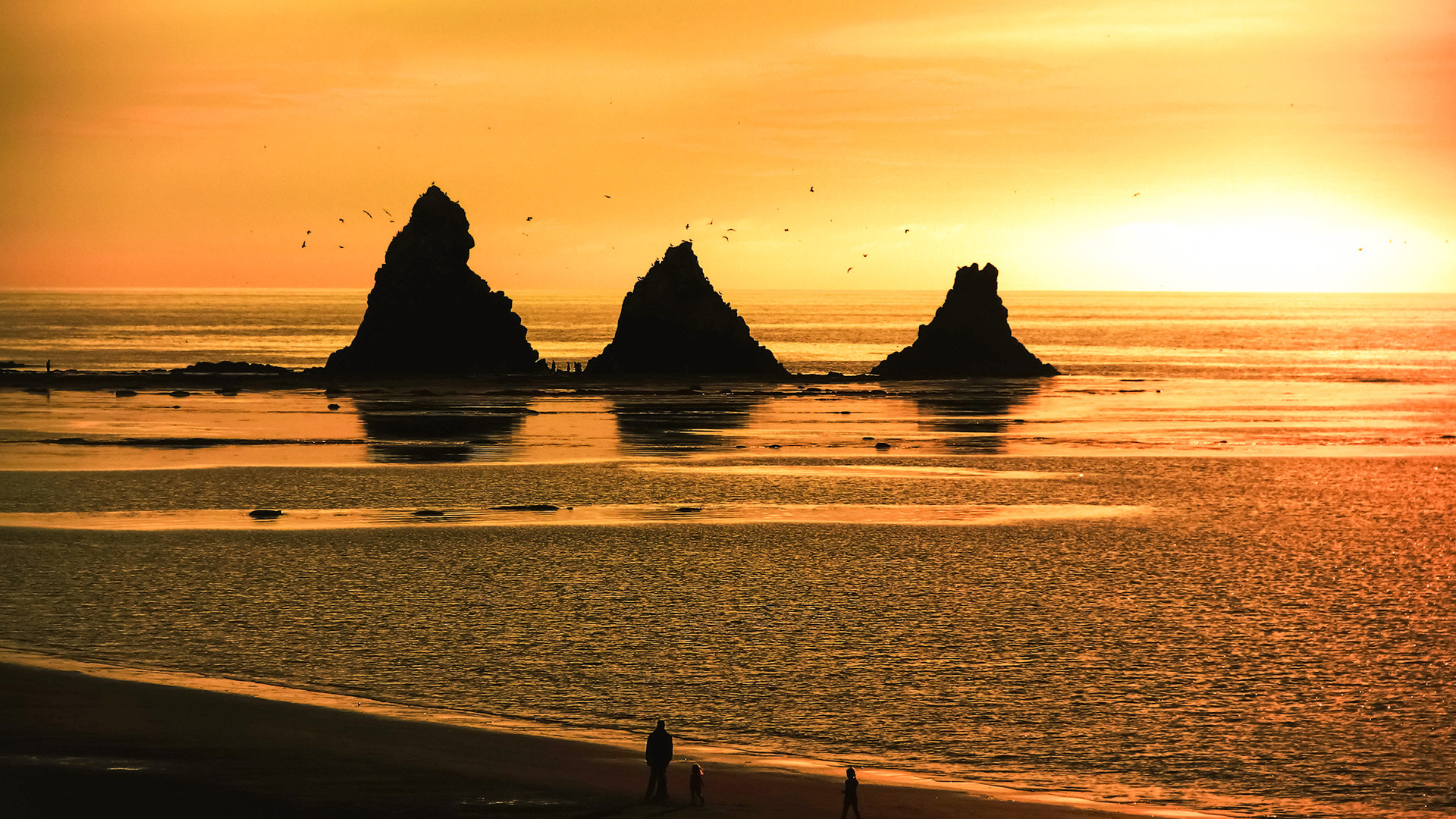 The rocks are located in Aleksandrovsk-Sakhalinsky, which used to be the island's main port. There are numerous legends about the origin of the rocks, but the most popular one goes as follows: Once upon a time, three brothers from the Heng clan went ashore to inspect a discarded whale, and their mother and sister followed them. According to Nivkh tradition, women cannot look at the sea when men catch fish. But the women broke the ban and the brothers turned into three giant rocks. The Three Brothers are located at the foot of Mount Zhonkier, whose “cape” can be climbed by passing through a shallow tunnel within the rock.

These places became widely known thanks to writer Anton Chekhov, who visited the island in 1890, and later wrote a book about the everyday life of convicts [at the time, Sakhalin was one of the main hard labor destinations in Russia] and local residents on what they called Sakhalin Island. He used to spend sunsets here, and, leaving the island, wrote this about the famous Brothers: “I was standing alone at the stern, saying goodbye to this gloomy little world, guarded from the sea by the Three Brothers, which were now barely visible and looked like three black monks in the dark." 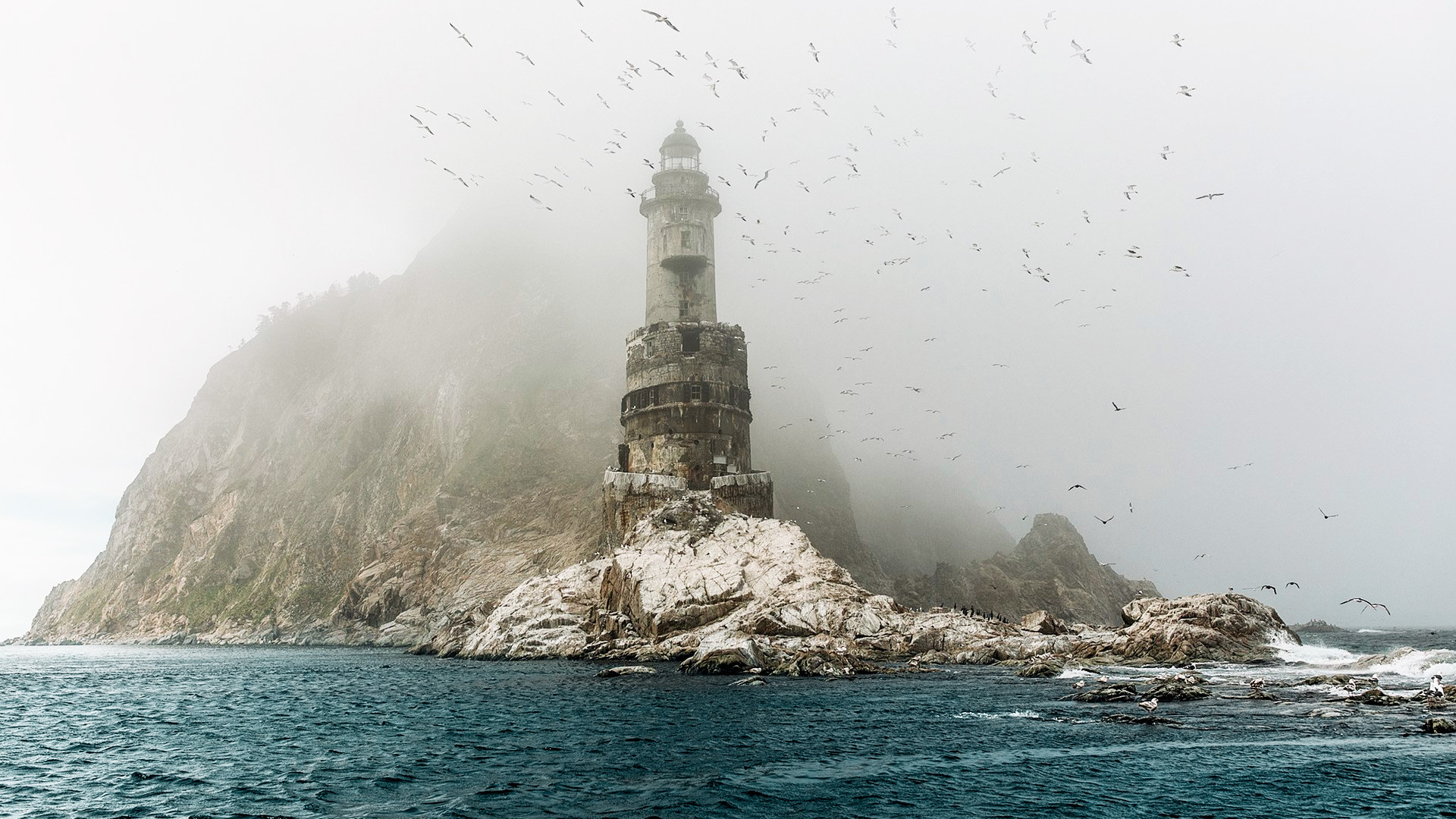 This majestic lighthouse was designed by Japanese engineer Shinobu Miura and built in 1939. To visit it, you have to resort to the services of tourist companies, unless you have an inflatable boat with you (which we do not recommend anyway!). After decommissioning, the lighthouse was looted and abandoned, so it is unsafe for unprepared tourists. But, if you are not averse to risk, climb to the very top, to the lighthouse lens, and you will be rewarded with stunning views of Cape Aniva and the Sea of Okhotsk.