The magnificent White Cliffs in the Far East! (PHOTOS) 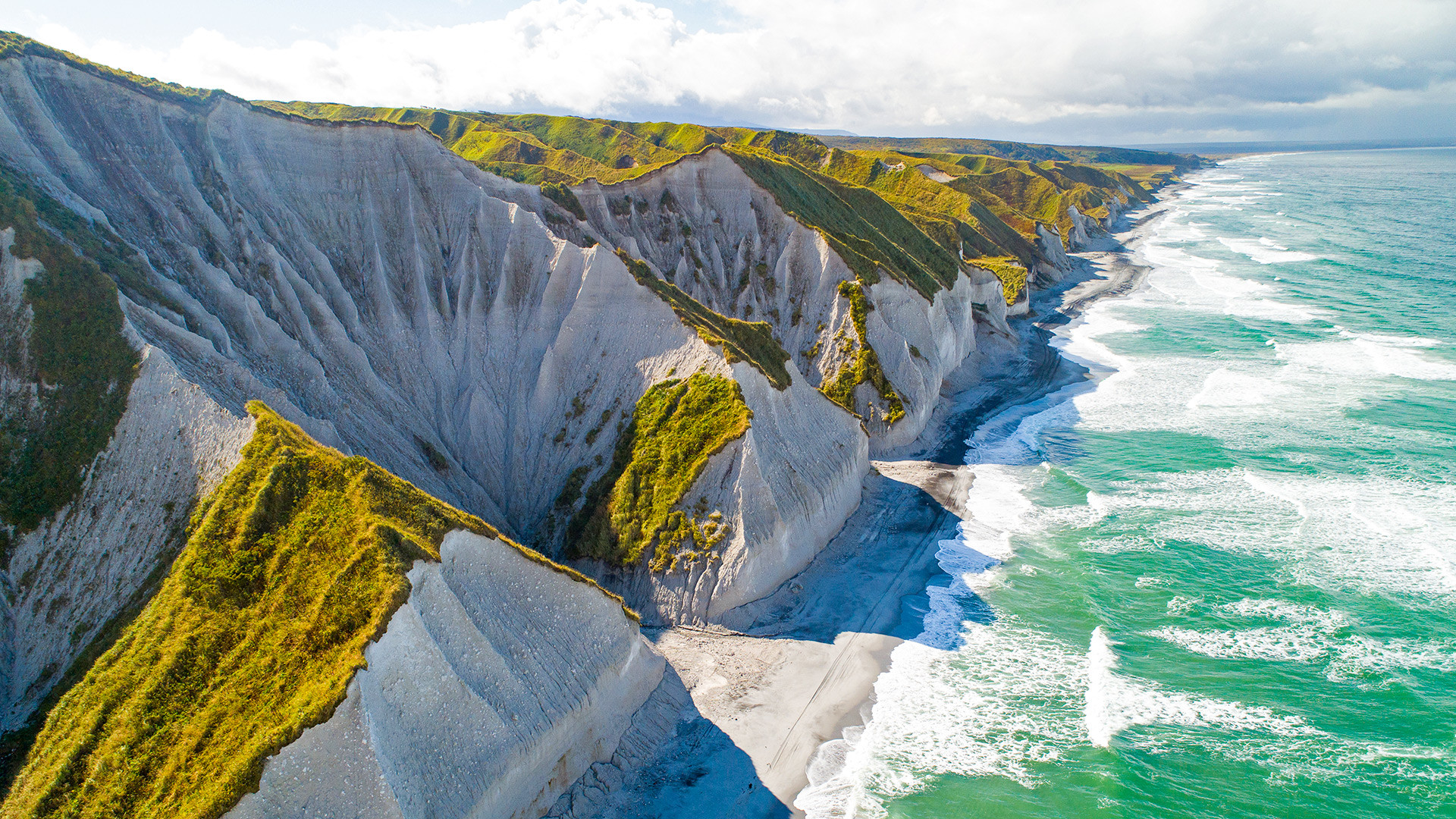 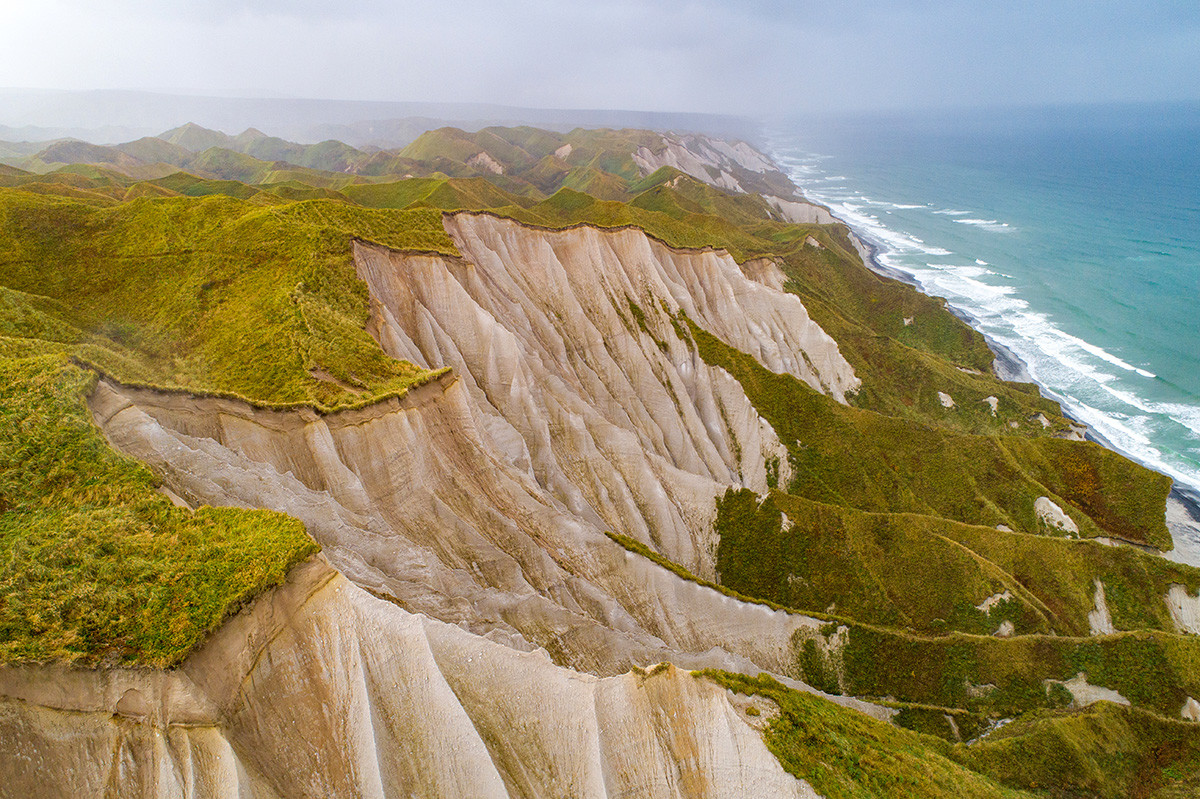 In the northern part of Iturup Island (Sakhalin Region), 20 km from the city of Kurilsk, there are unique natural structures called ‘White Cliffs’. They are composed of pumice stone and volcanic glass and literally crumble in the hands. 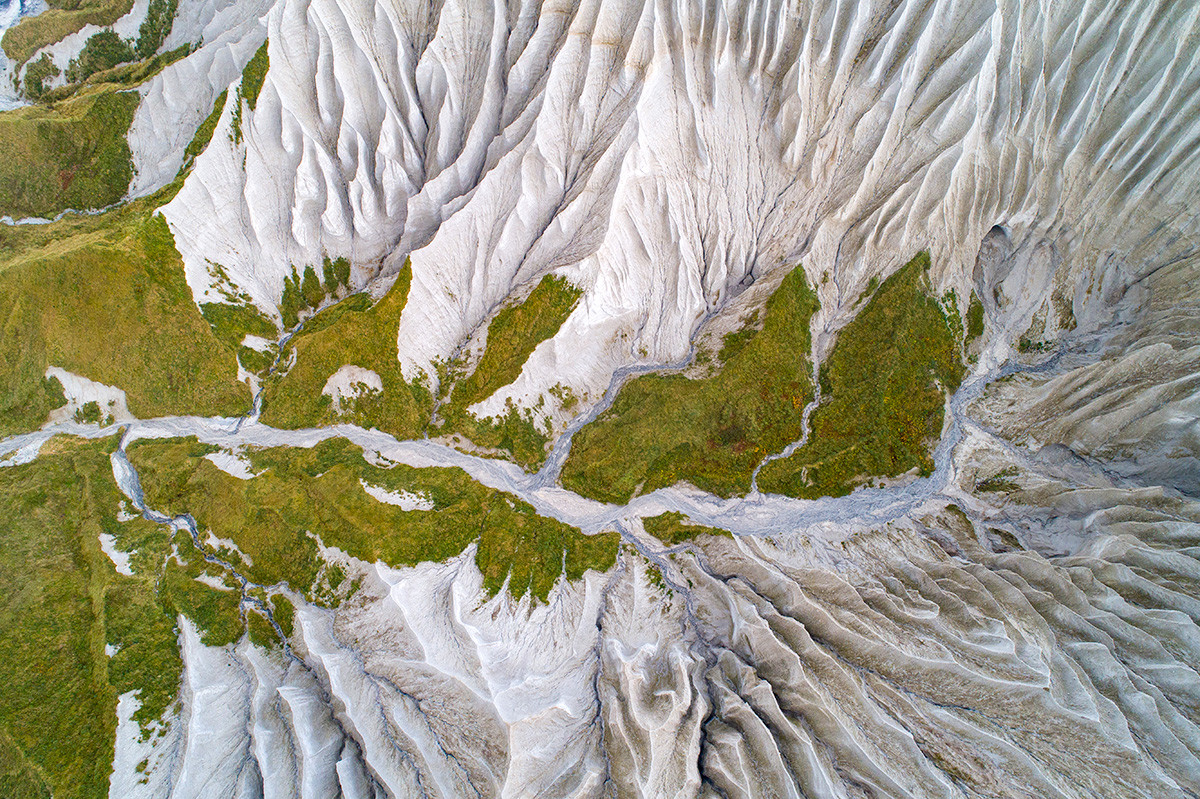 In ancient times, there was a volcano in this area, and this part of the island was under water. During the eruption, the lava, saturated with gases, froth and solidified and then, after earthquakes, rose above Iturup Island. 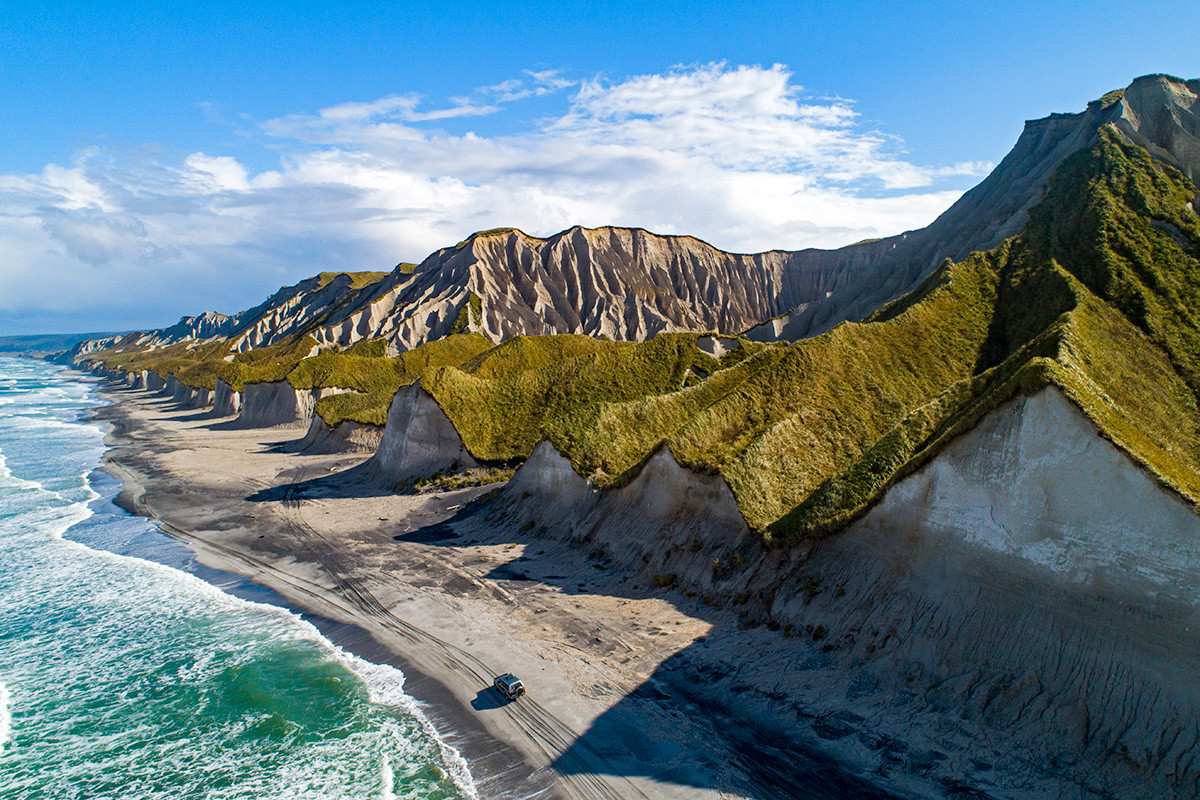 These pumice mountains stretch for about 8 kilometers along the sea in Prostor Bay. Among them, there are small hills covered with green plants, as well as majestic cliffs and bizarre canyons with heights from 40 to 120 meters. 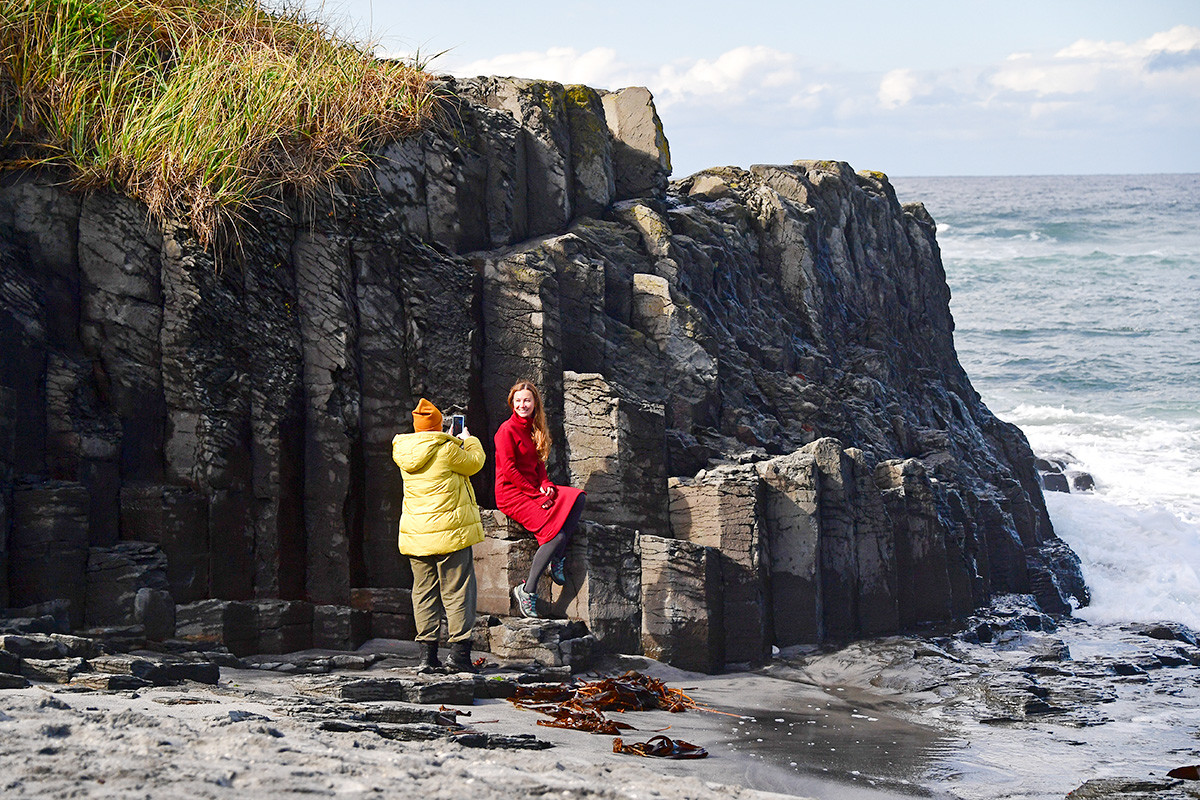 Such shapes were formed due to the frequent winds on Sakhalin: pumice is a very light material and the rocks weathered over time. Maybe, in a few centuries, nothing will remain of these places. 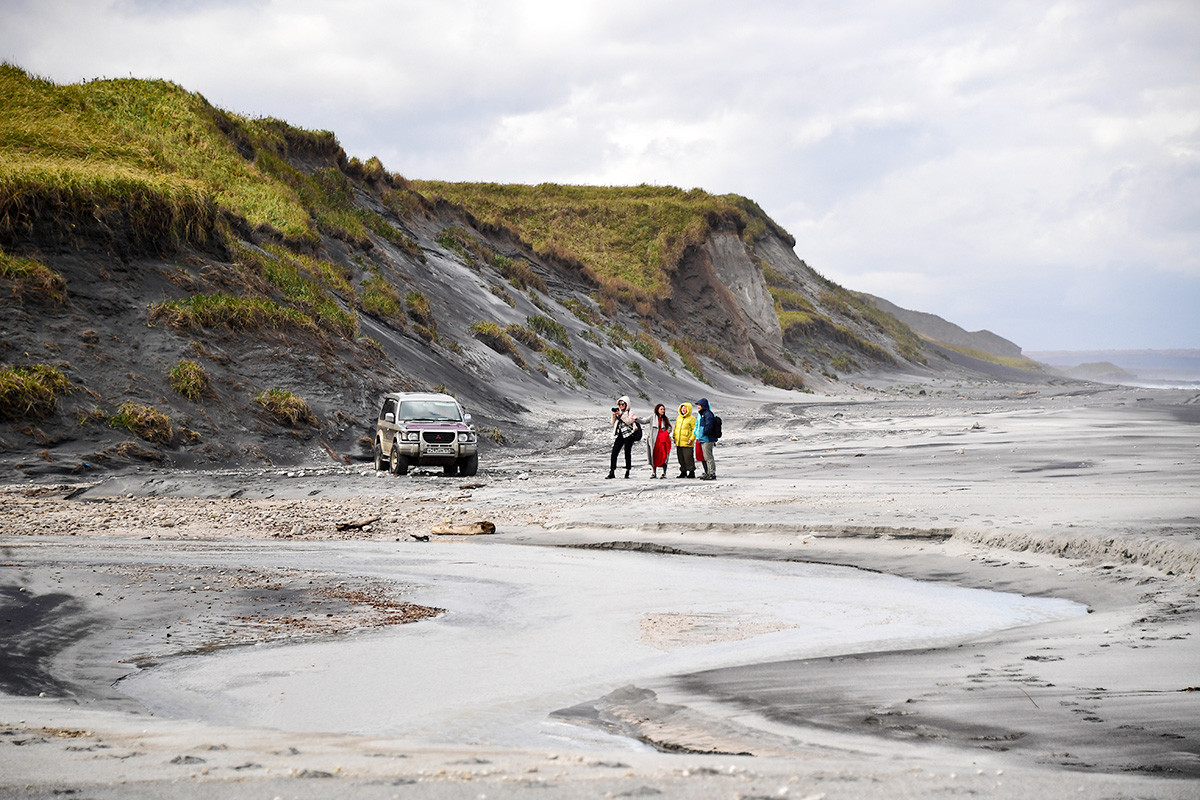 On the beach, you can see black sandy dunes - this is volcanic sand, covered with pieces of white pumice from the rocks. 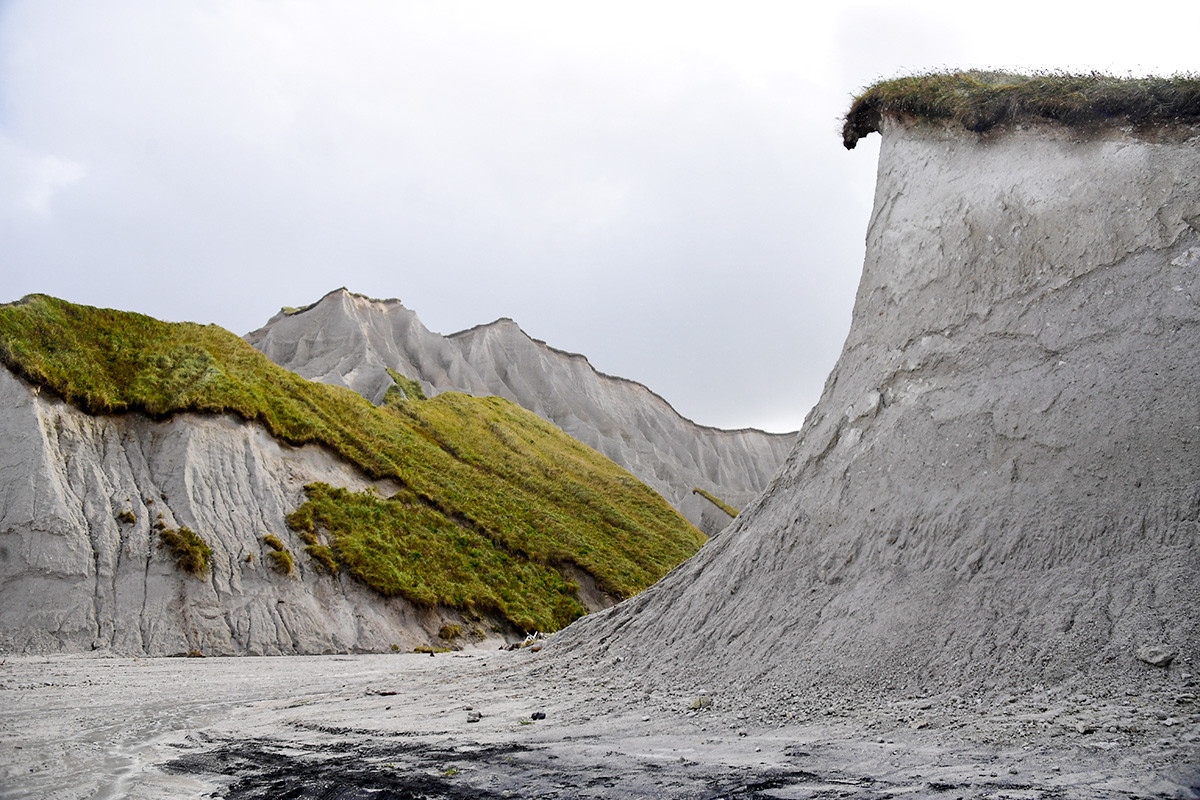 During rainfall (that occurs more often than in St. Petersburg), the waves throw ashore huge jellyfish, fish and other inhabitants of the Sea of Okhotsk. 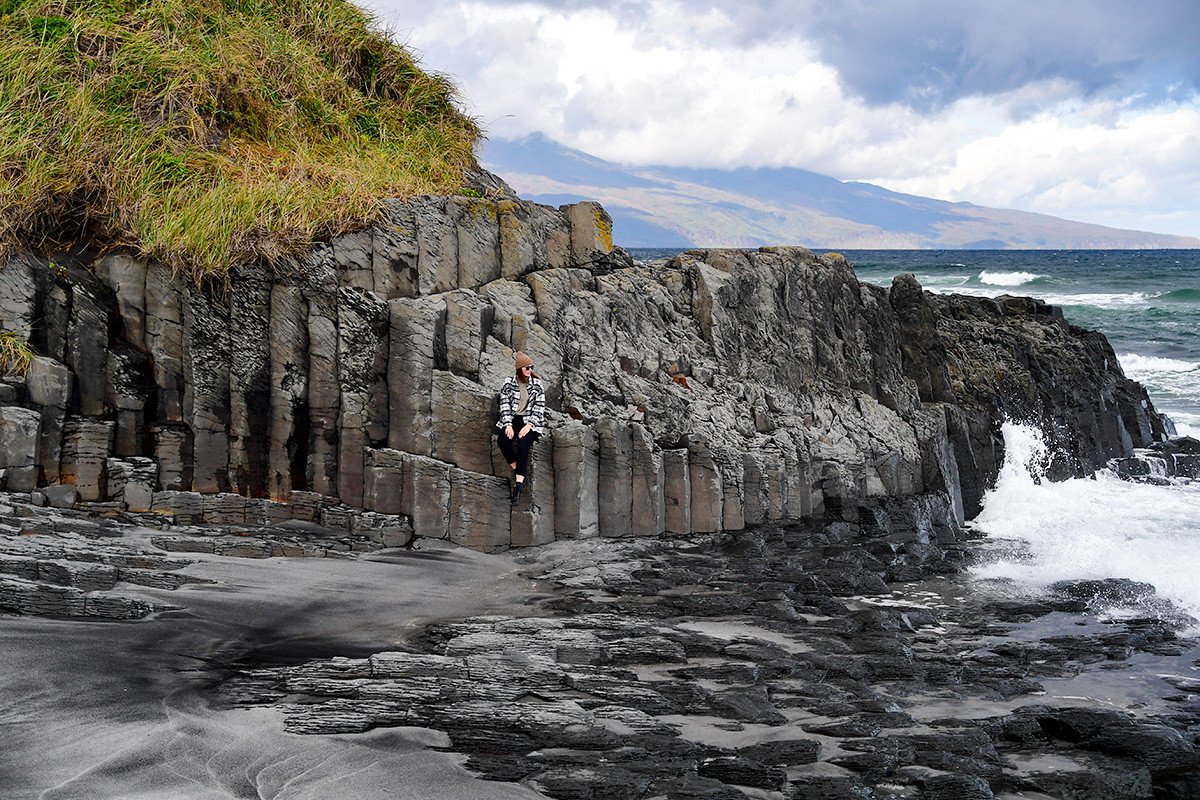 Despite its title, these mountains rarely seem white. When it’s raining, the pumice darkens and looks grey or even black and it takes several days to dry it out. At sunset, the rocks reflect an orange light. You can only see the cliffs “turn” white in the morning and in calm weather. 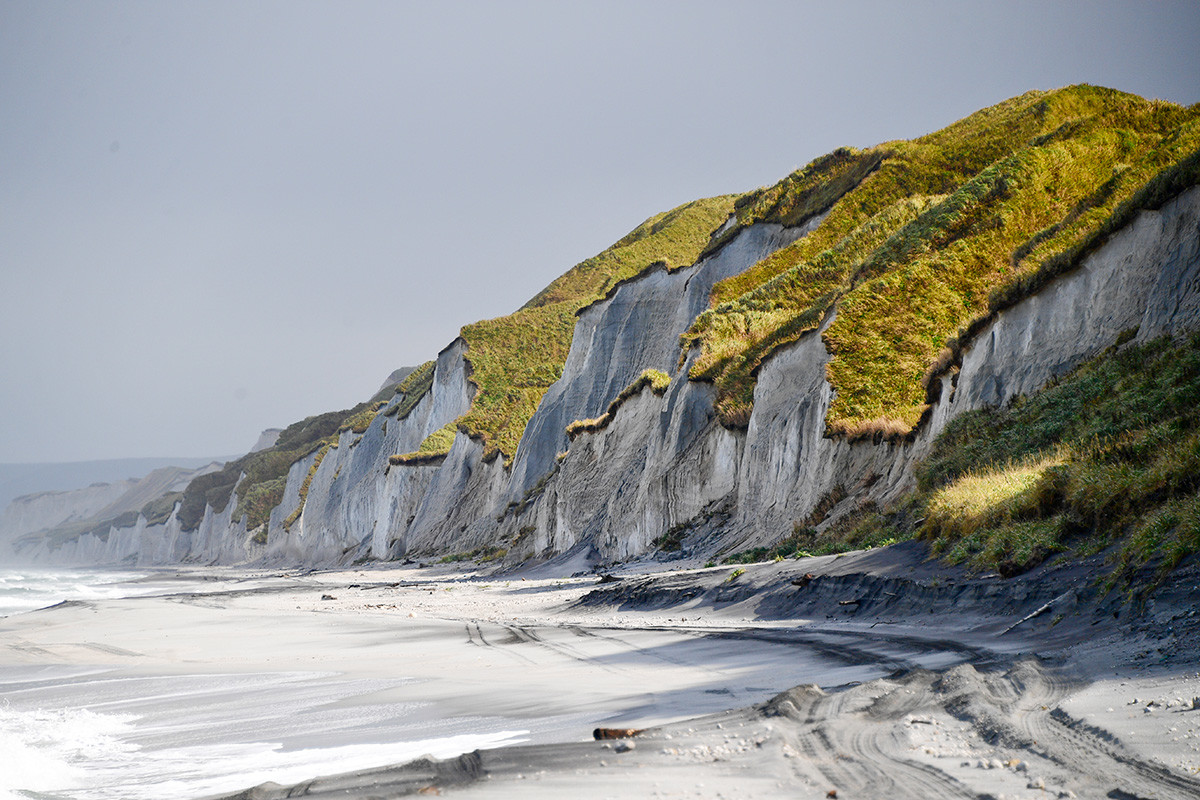 White Cliffs are one of the most popular landmarks of Sakhalin, attracting locals and tourists to come here for the scenic views, relaxing camping and fishing on the seashore. 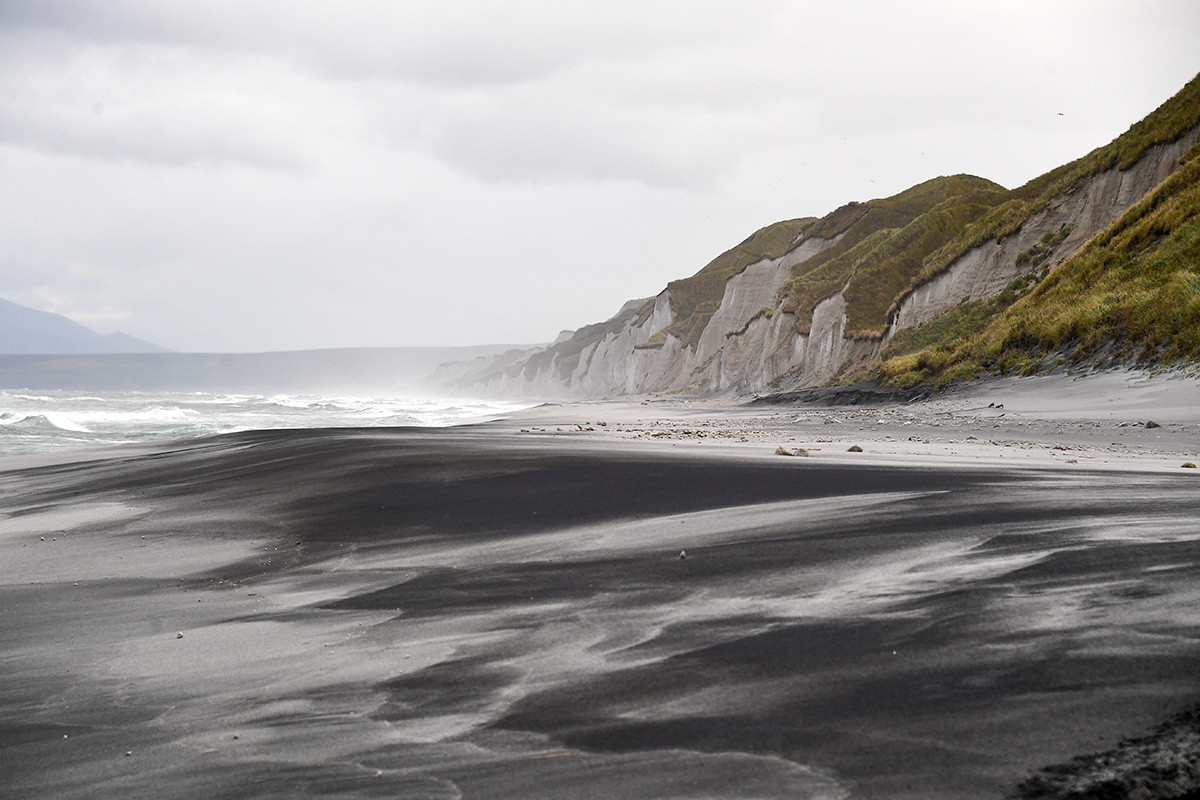 In some areas, the sea comes so close to the rocks that you can only drive a SUV there.

Moreover, these places are liked by lots of bears - their fresh footprints often remain on the beach. Therefore, tourists are recommended not to go deep into the gorges, where may be their caves, and only stick to walking along the seacoast.