The most frost-resistant horses live in Russia’s Yakutia (PHOTOS) 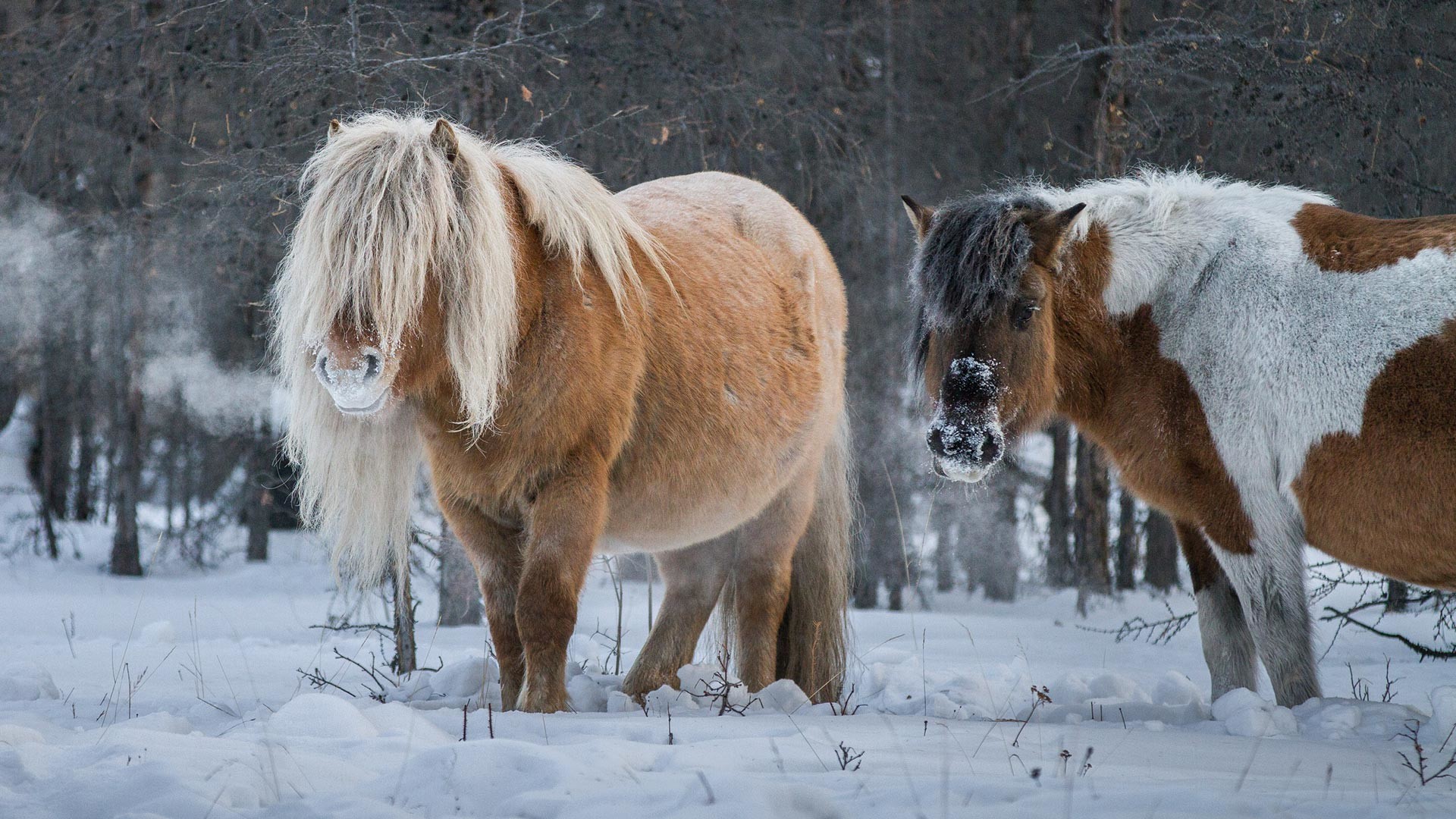 Legion Media
The unique breed lives only in this cold region and feels fine when there are -50°C frosts outside.

Massive, stocky and with mischievous mane: Meet the Yakut horses that are not afraid of the most severe frosts. 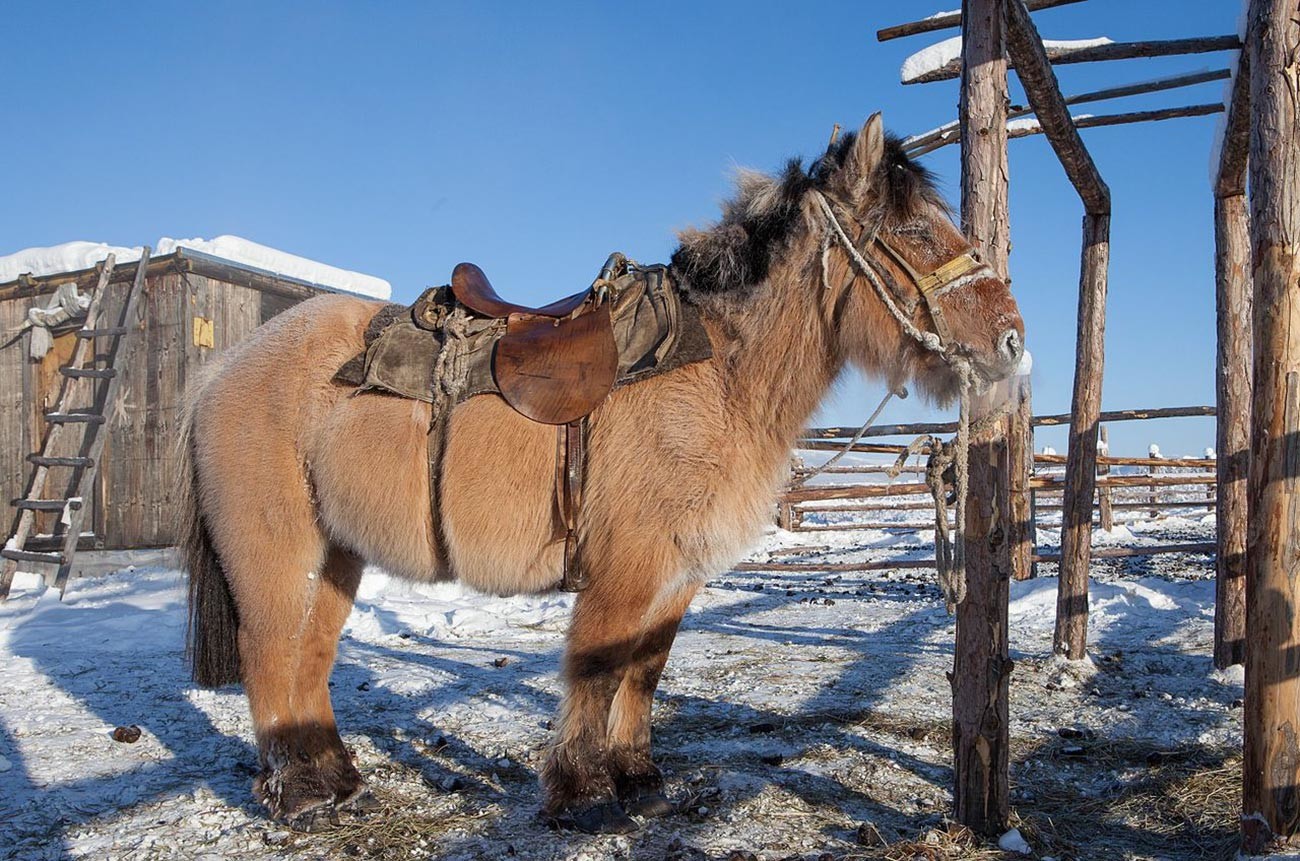 Officially, this breed was recognized only in the late 1980s, but scientists believe that it has existed for thousands of years. They are considered direct descendants of the ancient primitive horses that came here from Asia and changed their appearance, adapting to the harsher environment. 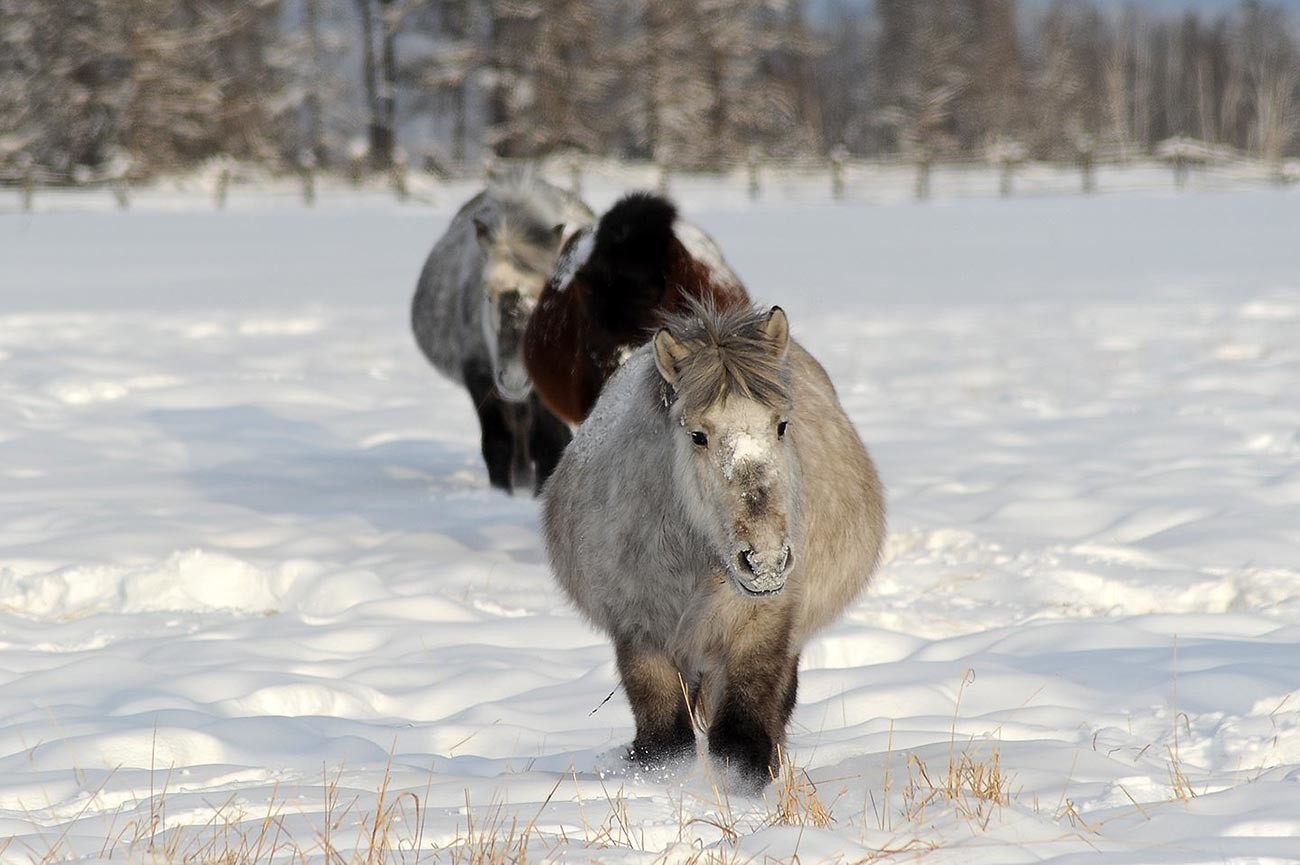 Today in Yakutia, there are three subspecies of this breed: the northern original (so-called Verkhoyansk horse, named after one of the coldest places on Earth), the southern horse, which is smaller and also the southern large type, which was crossed with other breeds. 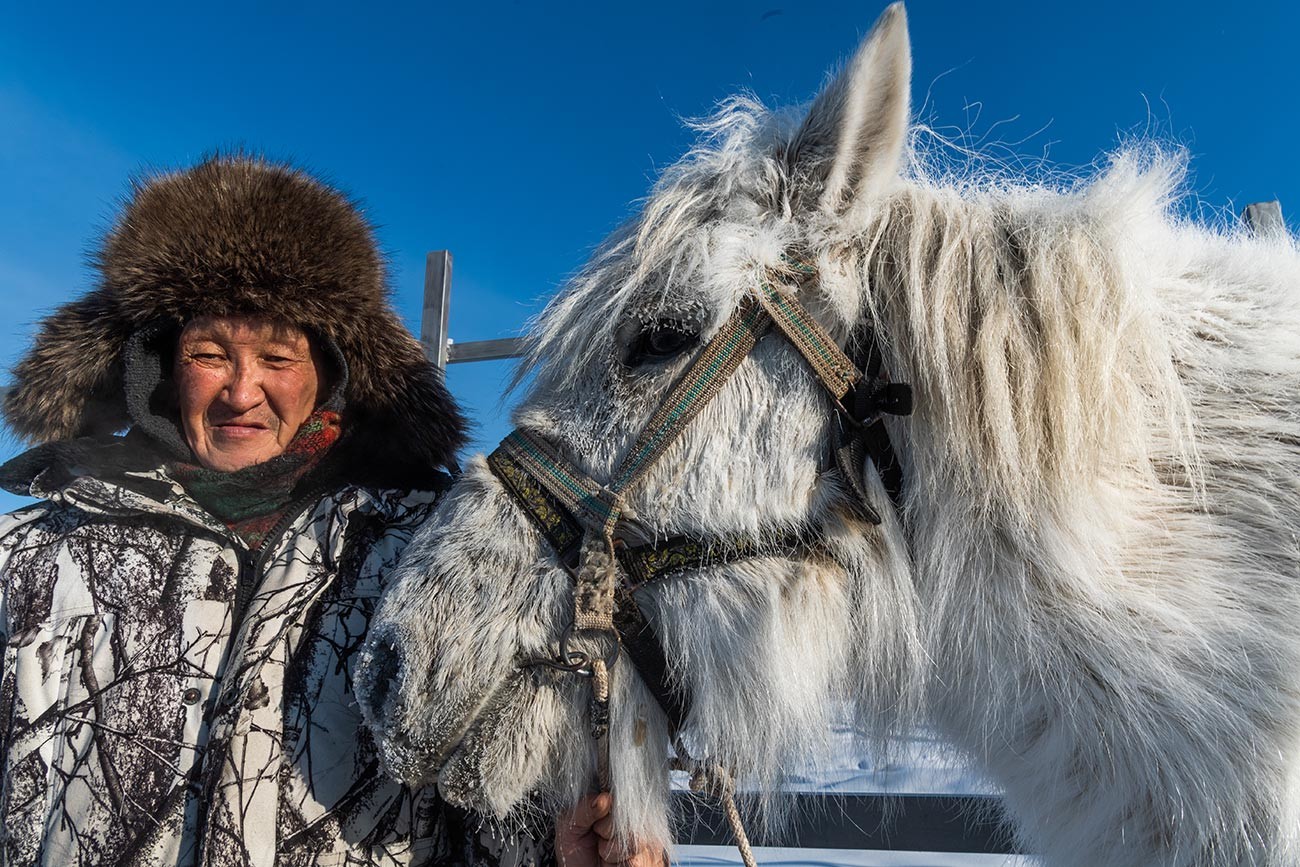 An average Yakut horse is only 140-145 cm tall, however, it weighs about half a ton. They are mostly brown and gray, while other types of color are more rare. They have friendly, calm and curious temperaments. They are especially good at running on rough terrain. 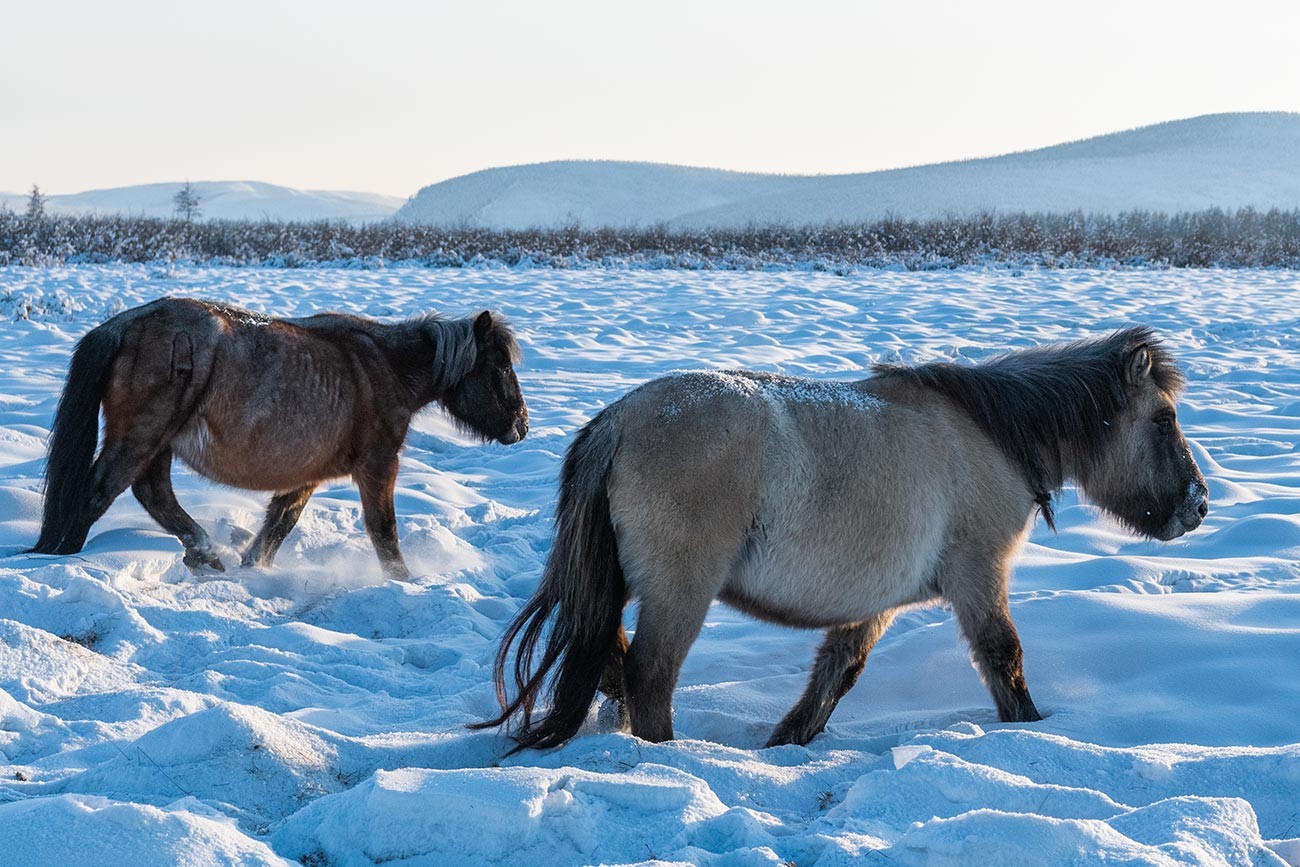 The Yakut climate is sharply continental. In summer, temperatures can reach +35°C, while in winter drop to -50°C. In Verkhoyansk and Oymyakon in the north of this region, however, temperatures of about -70°C have also been recorded. But for Yakut horses, this is not a problem at all - thanks to their thick undercoat, they can stay in the open even in the most extreme winters. 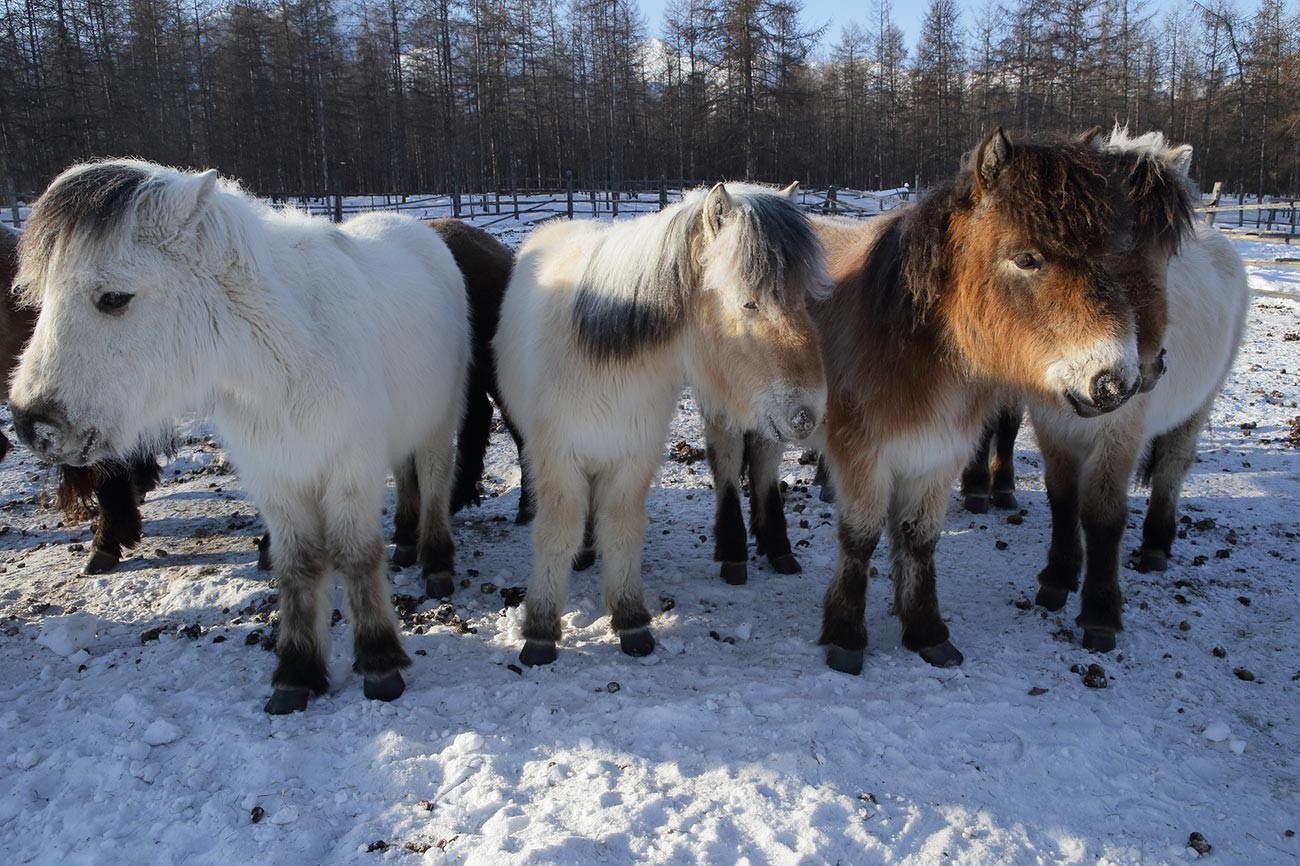 In frosty weather, they are simply covered with a “coat” of frost and do not freeze, even calves spend nights in the open. Physically, they can quickly build up subcutaneous fat. Real balls of fur with hooves! 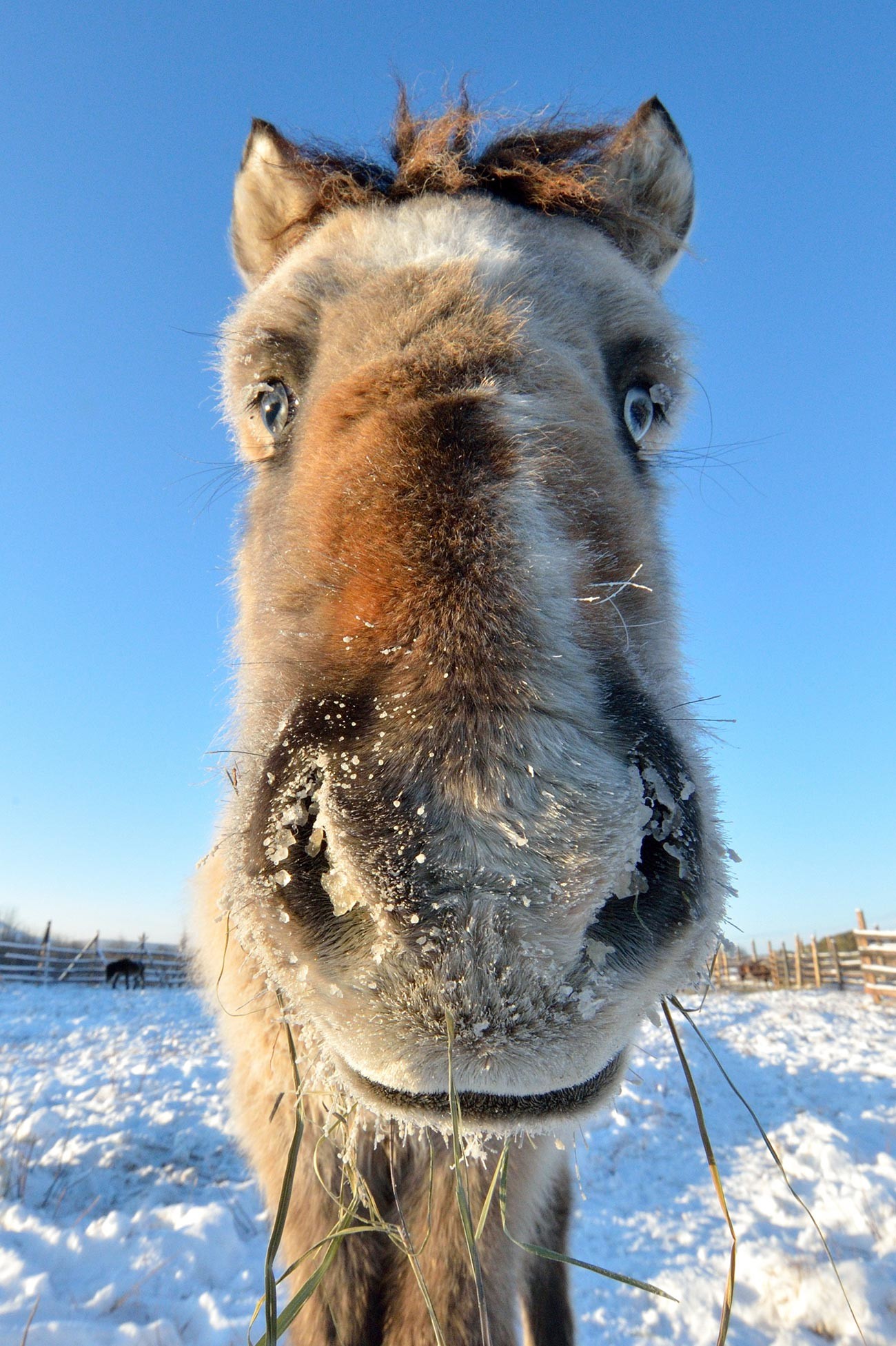 Yakut horses are also bred at stud farms, but they are quite independent. For example, they can get their own food by raking grass from under the one-meter-snow with their hooves. Can you imagine how thick that snow is? 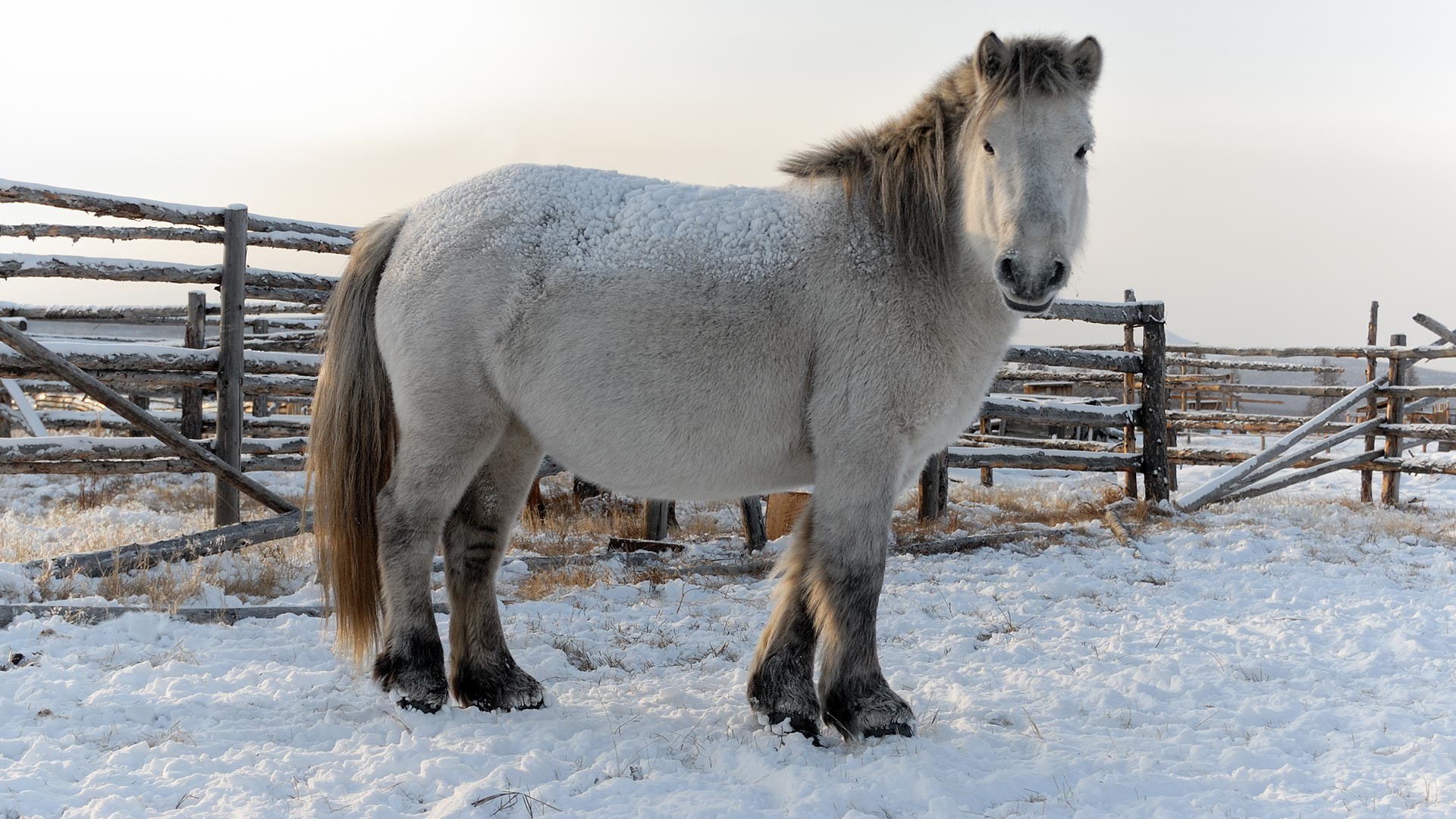 In the north, it is difficult to imagine life without these horses: Far from cities with no roads, it is the main transport for locals. Where an SUV gets stuck in the snow, a rider will cheerfully ride past on a horse. 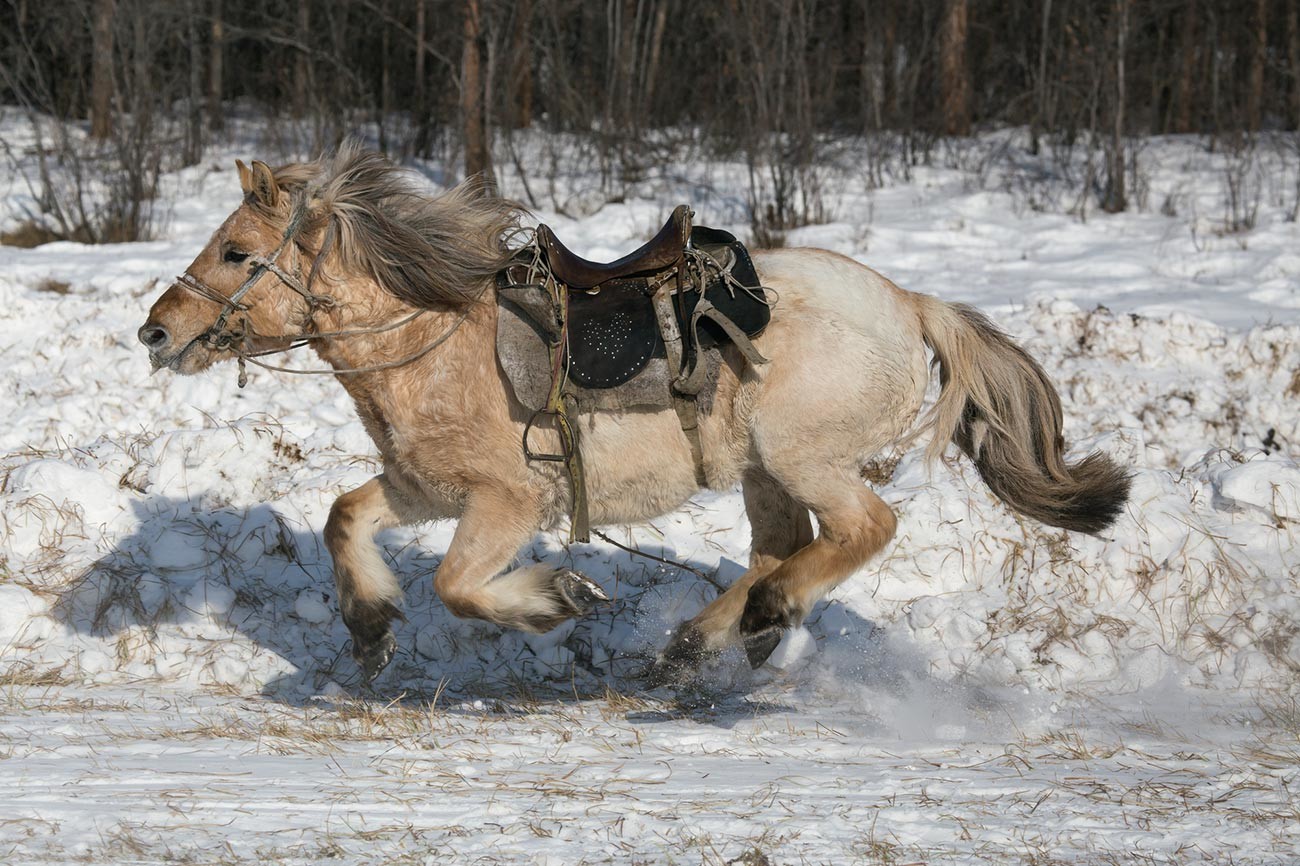 Yakut reindeer herders use this breed for riding. Despite its body mass, this breed runs pretty fast, even in deep snow and off-road. However, you can also see a Yakut horse in a harness. In a day, such a horse can walk up to 100 km and carry 300 kg of cargo. Traditionally, before long hikes in the tundra, the horse does not eat all day in order to lose some fat and run faster. 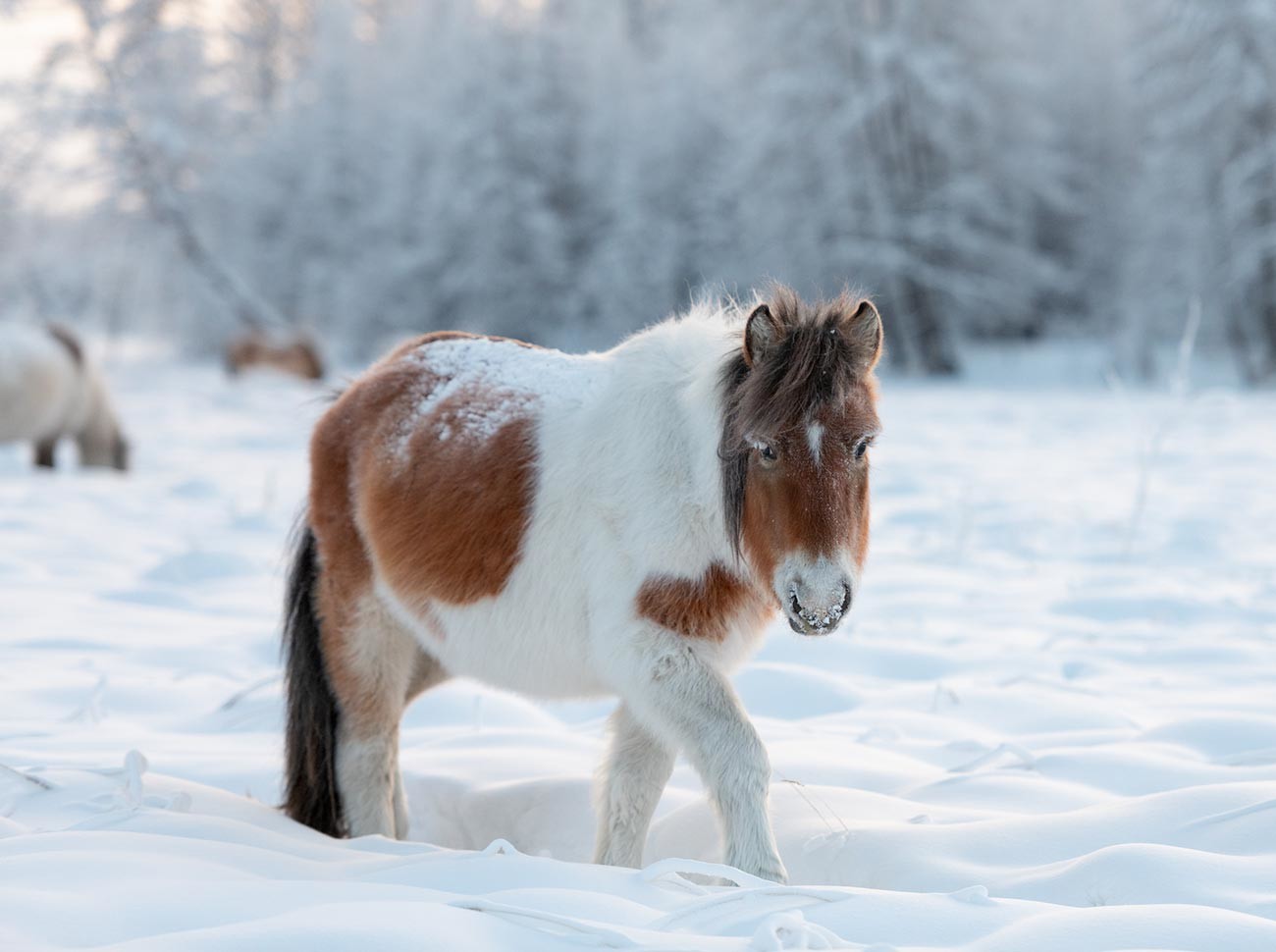 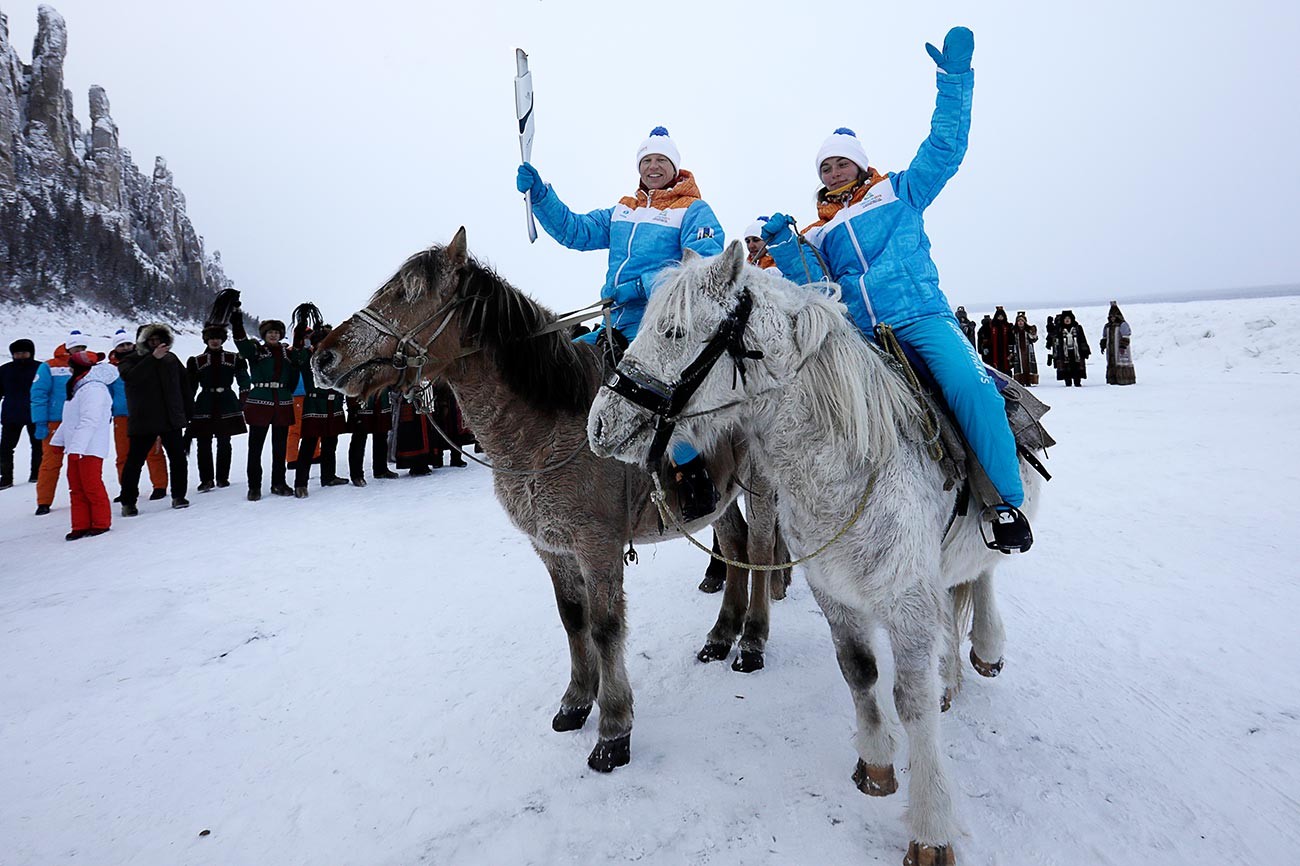 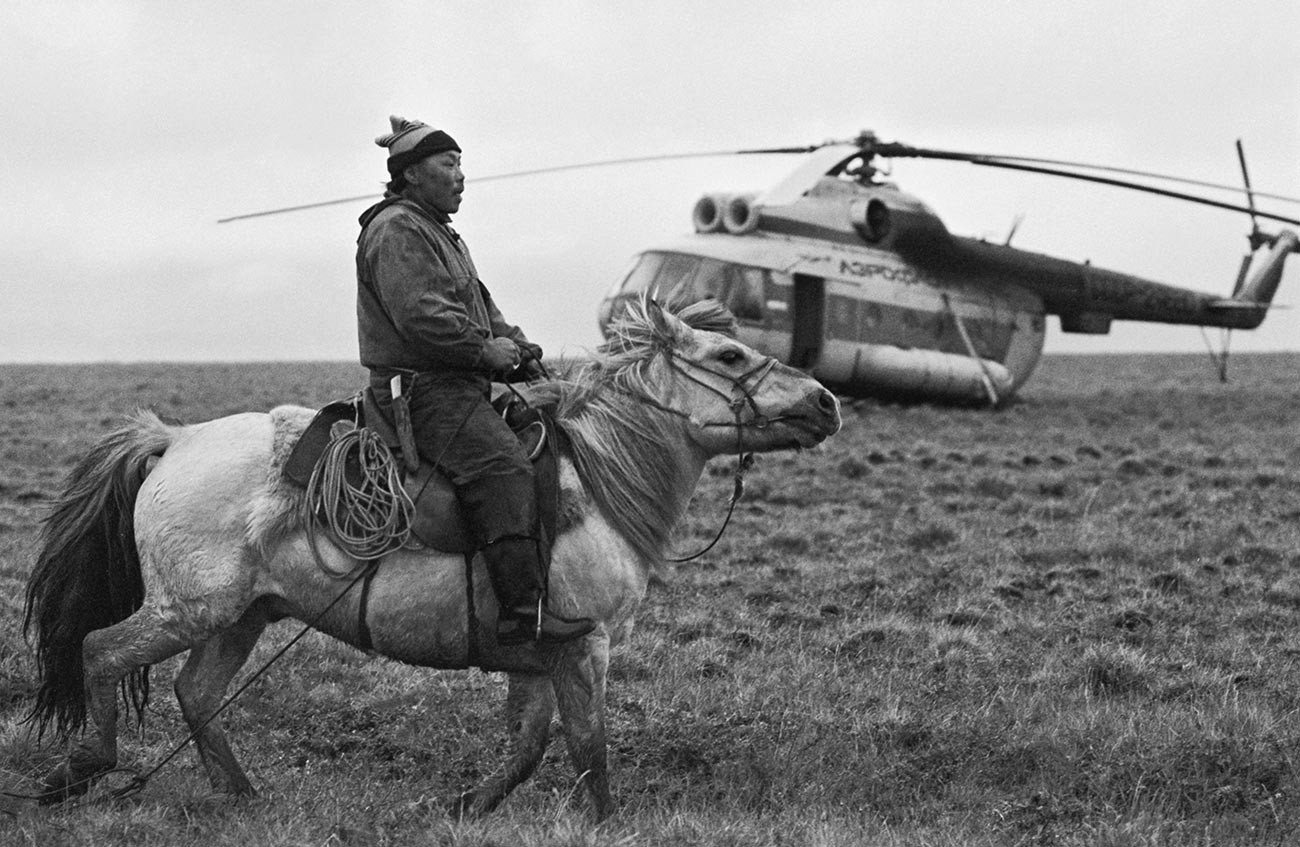 This breed is considered indigenous, it can live only in the northern regions. The warm or southern climate does not suit them at all. You can encounter such a horse only in Yakutia and the Far East. 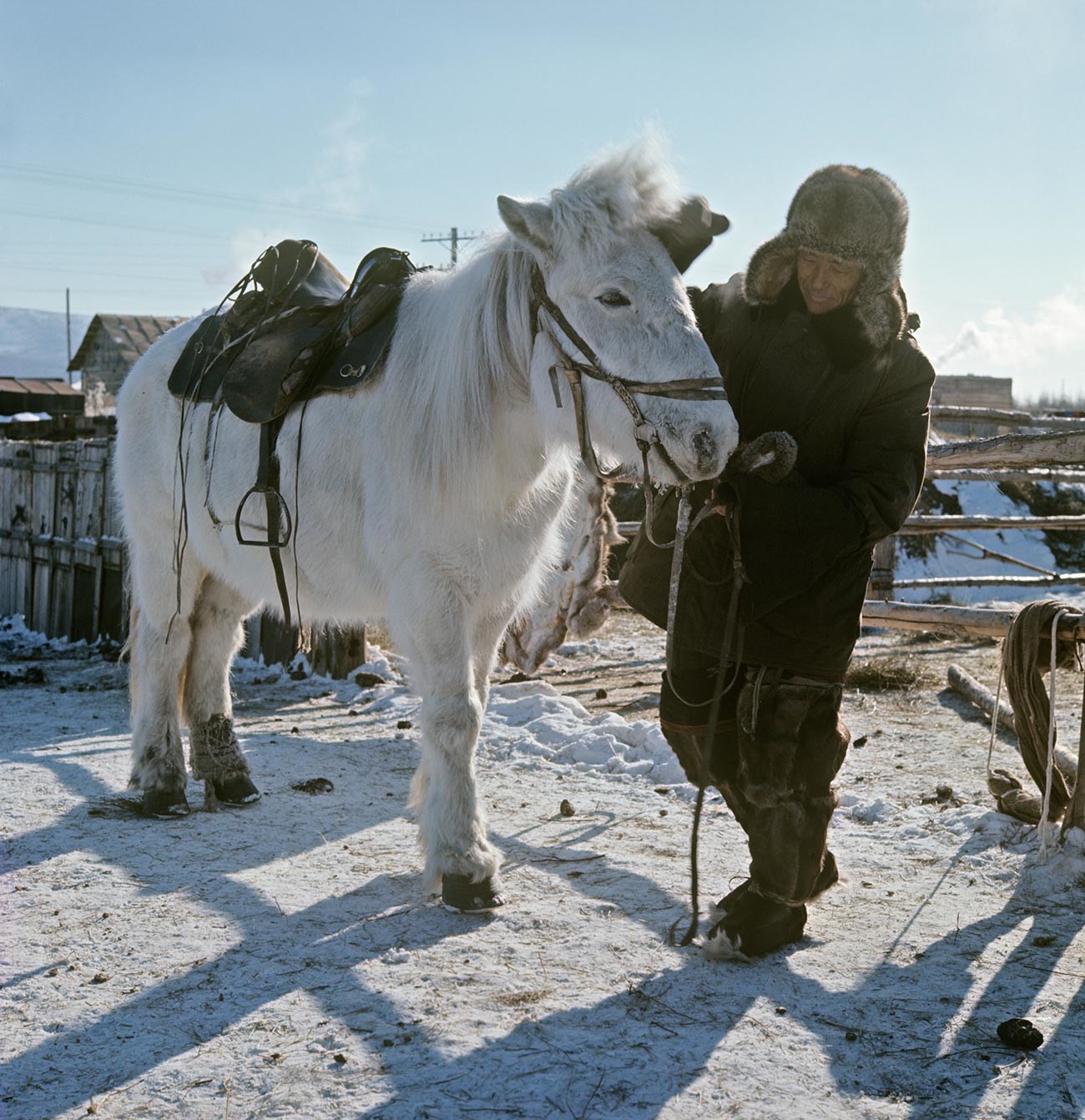