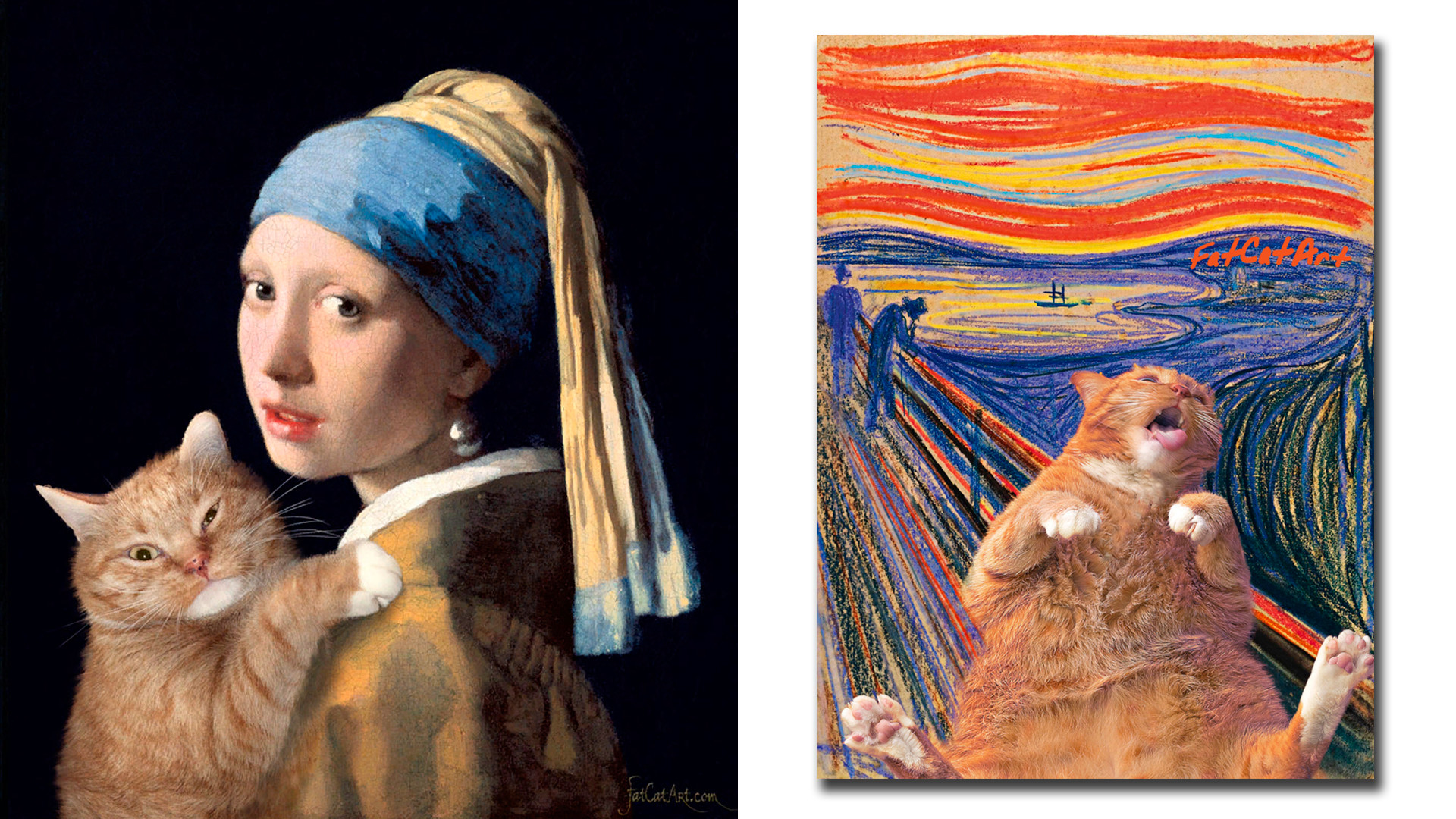 FatCatArt.com
Zarathustra the cat MEOWS you take a fresh look at these slightly ‘reworked’ famous works of art! Don’t they look PURRfect?

What if Edvard Munch’s ‘The Scream’, in fact, depicted a cat on a diet and Zeus was turned not into the bull to abduct Europa, but into the giant feline? Russian artist Svetlana Petrova created ‘new’ versions of these well-known artworks, as well as many others, with her beloved ginger cat, Zarathustra!

This ‘new’ version of the 1910 masterpiece shows the tragedy of a fat cat on a diet, when the owner refuses to give more cream. Could you imagine more drama? 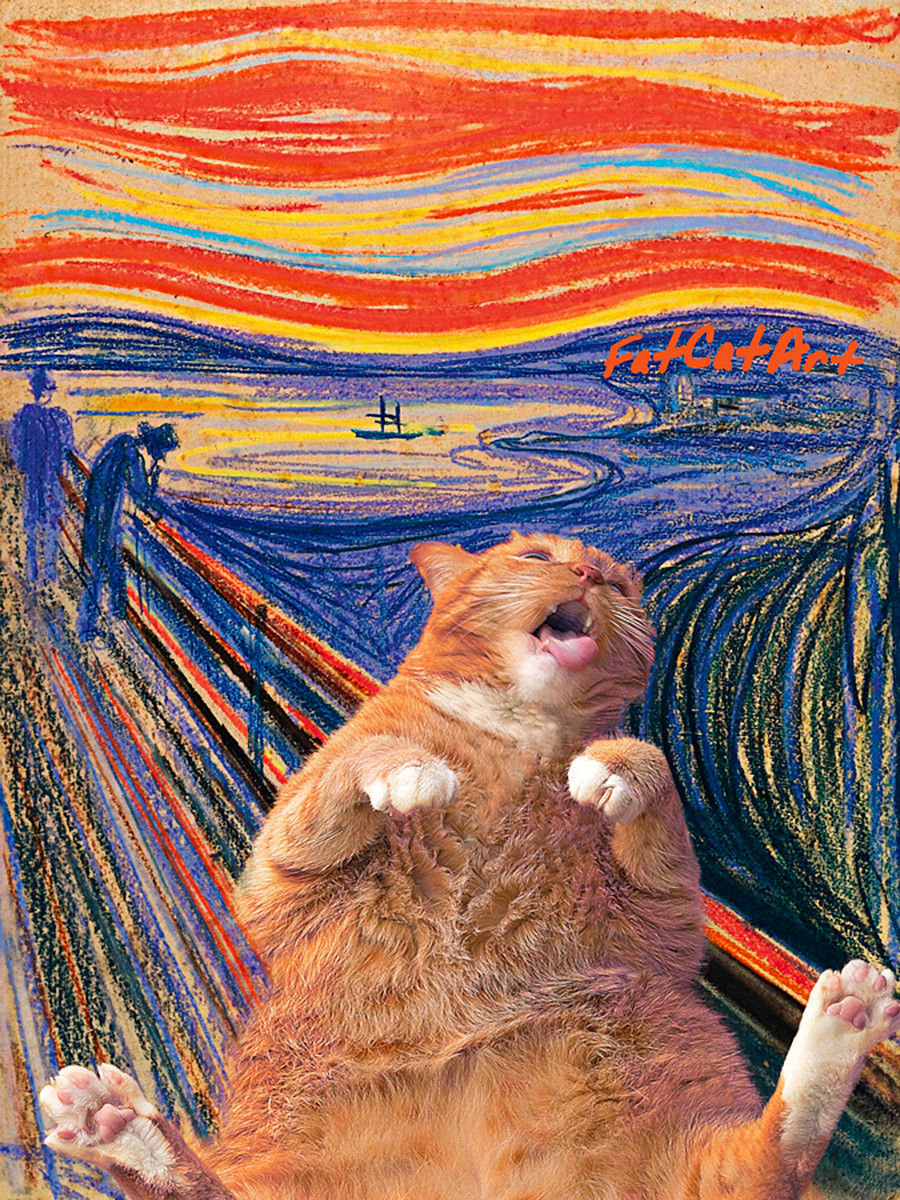 Edvard Munch, ‘More of thiS cream!’

Valentin Serov’s ‘Abduction of Europa’ gets a new meaning: this is not the kidnapping, this is the dreamlike journey of two hearts: the lady and her cat. Would any girl mind being abducted by such a large fluffy furball? Zarathustra doesn’t think so. 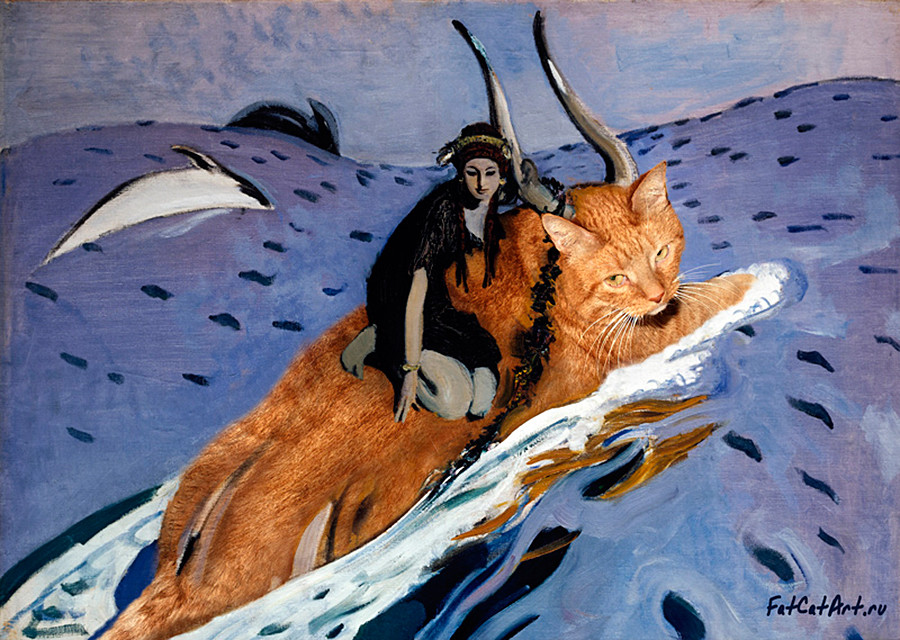 Valentin Serov, ‘The Rape of Europa’

Looking at the events in the world, Zarathustra dedicates this creative metamorphosis of Leonardo da Vinci’s ‘Salvator Mundi’ to today’s real heroes: the doctors fighting the pandemic. 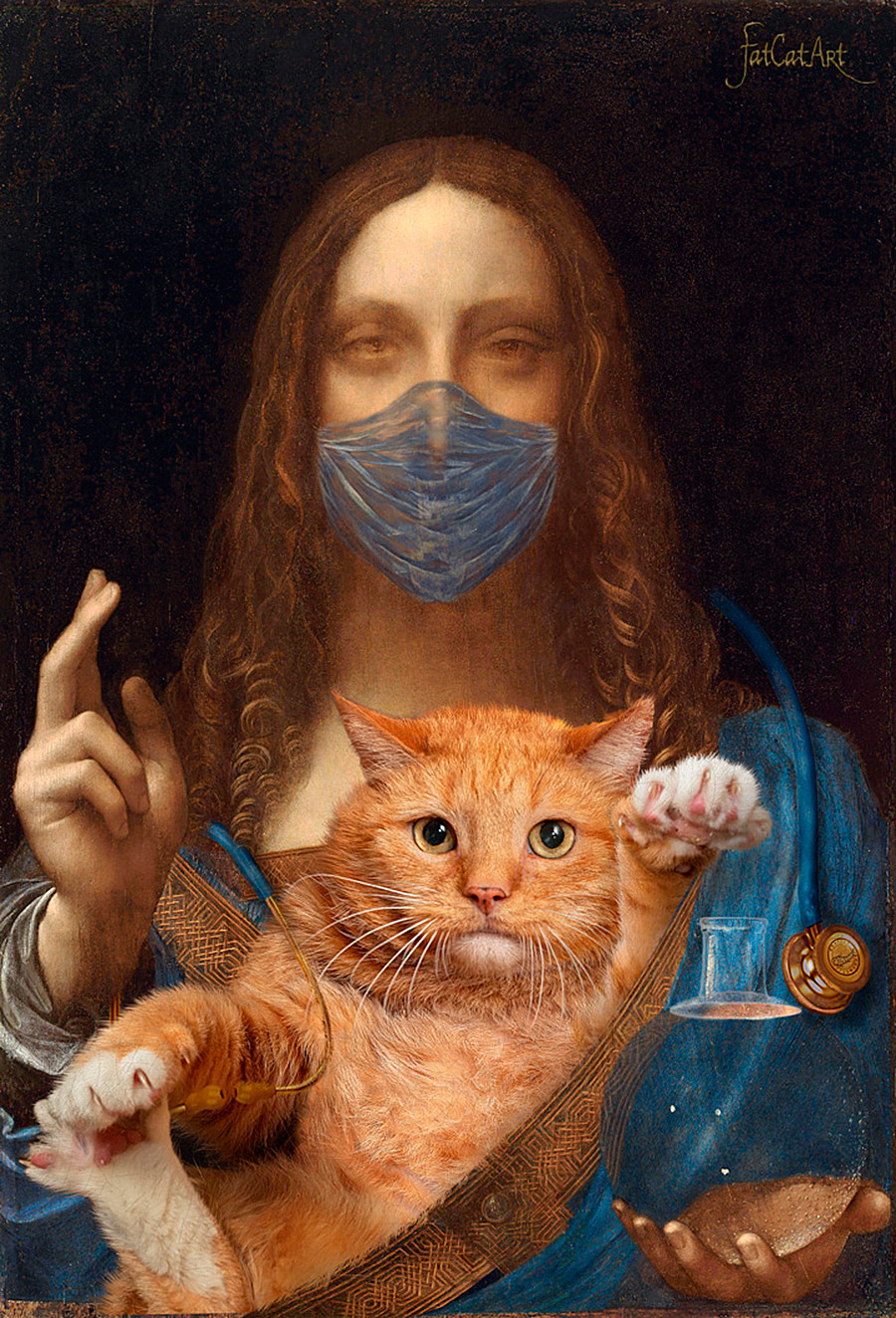 Leonardo da Vinci, ‘Savior of the World with his cat’

Working from home has become a new challenge for many people around the world. Thus the cozy scene pictured by Vincenzo Foppa shows the problems of cat owners who try to work. 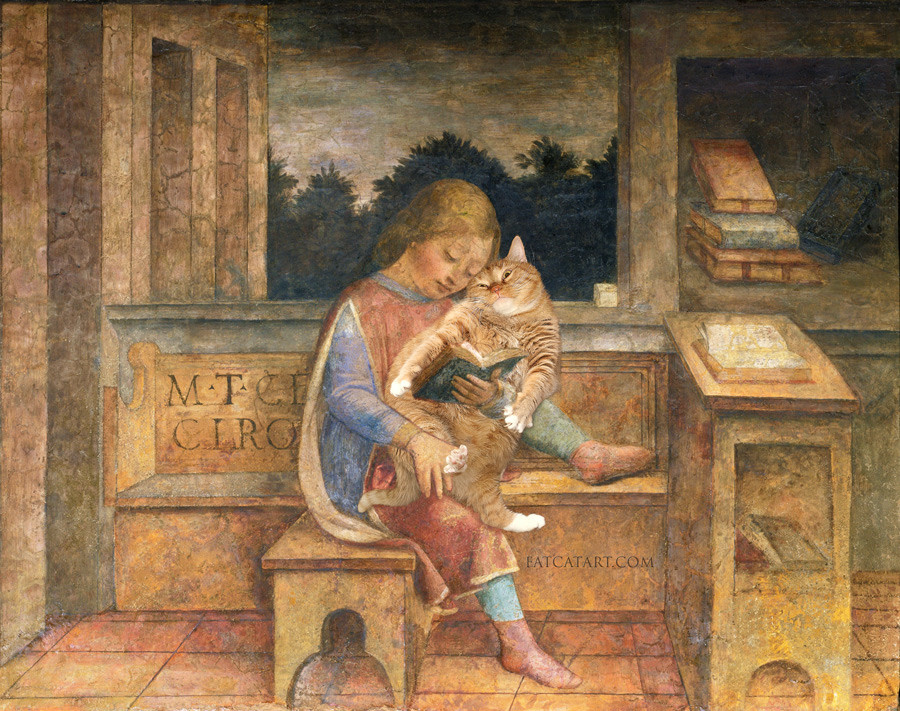 Van Gogh painted this cafe in Arles, France in 1888, and it is still in operation. Sadly, due to quarantine rules, people cannot sit there now. But what about giant cats? 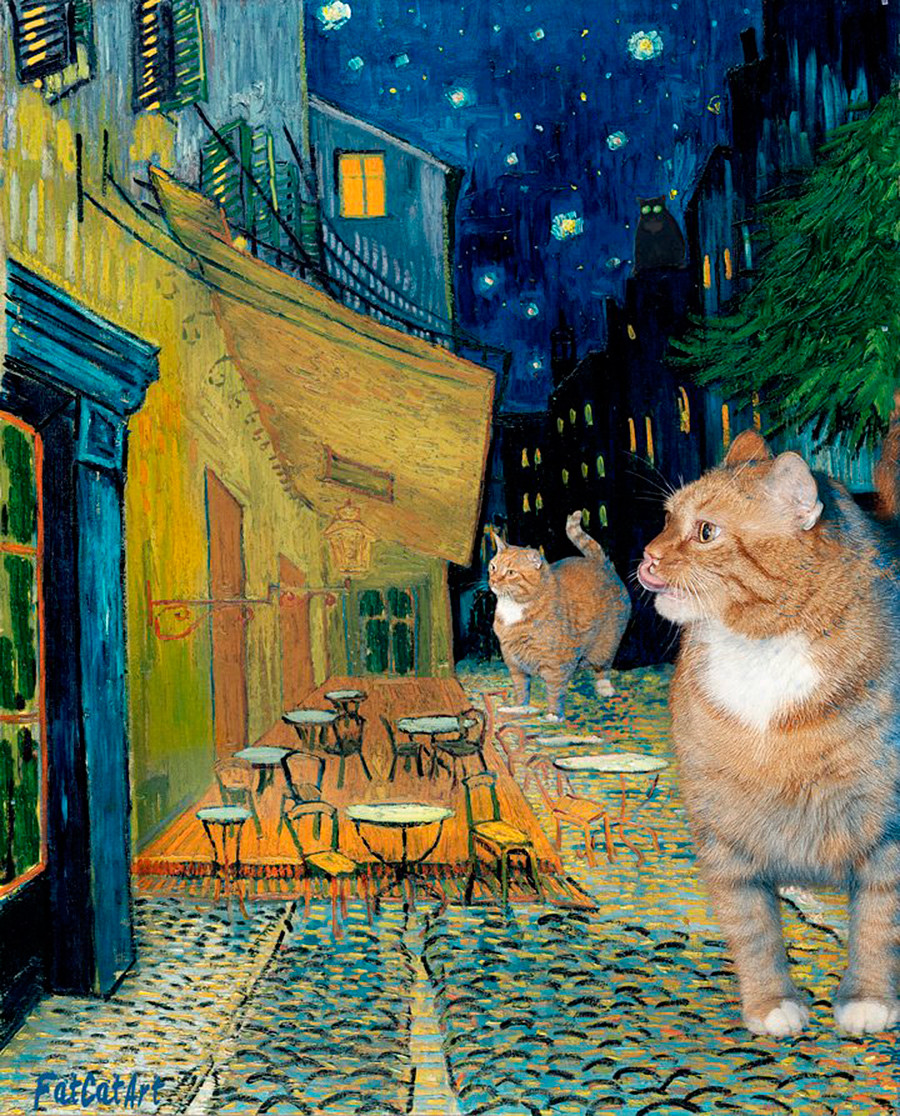 Vincent van Gogh, ‘Terrace of a café at night during quarantine visited by giant cats’

Zarathustra believes that, initially, Van Gogh wanted to depict cats in the sky instead of stars, but critics didn’t understand his innovative visionary. We don’t know why, because we all know who the brightest star is here! Now you can enjoy the true version of this masterpiece. 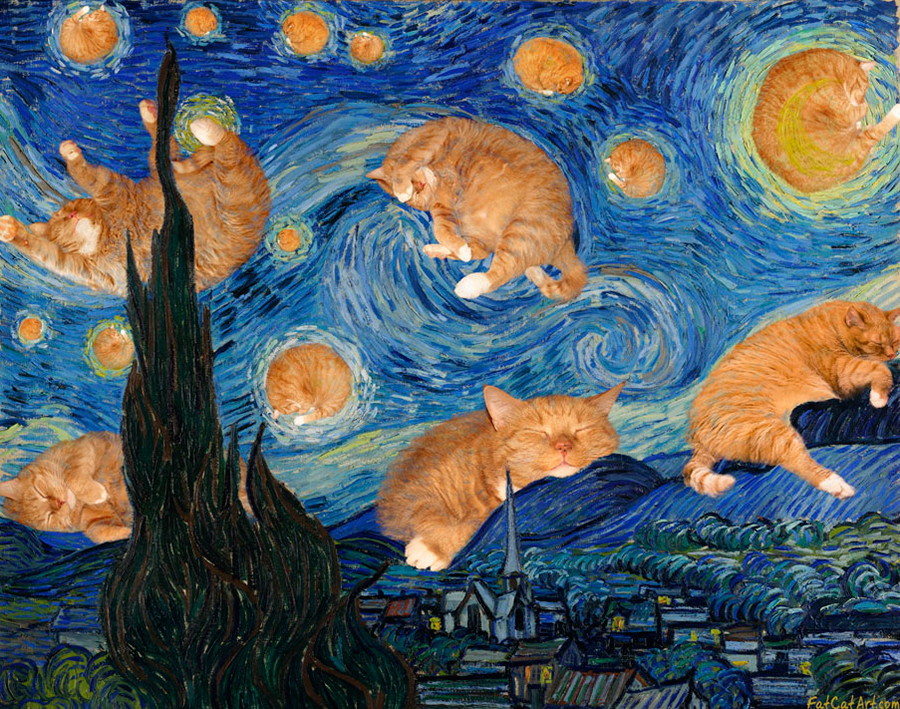 You most probably have seen this picture of a girl with a pearl earring. But, honestly, don’t you think that some details were lost there? Take a look at the updated artwork and see the difference! 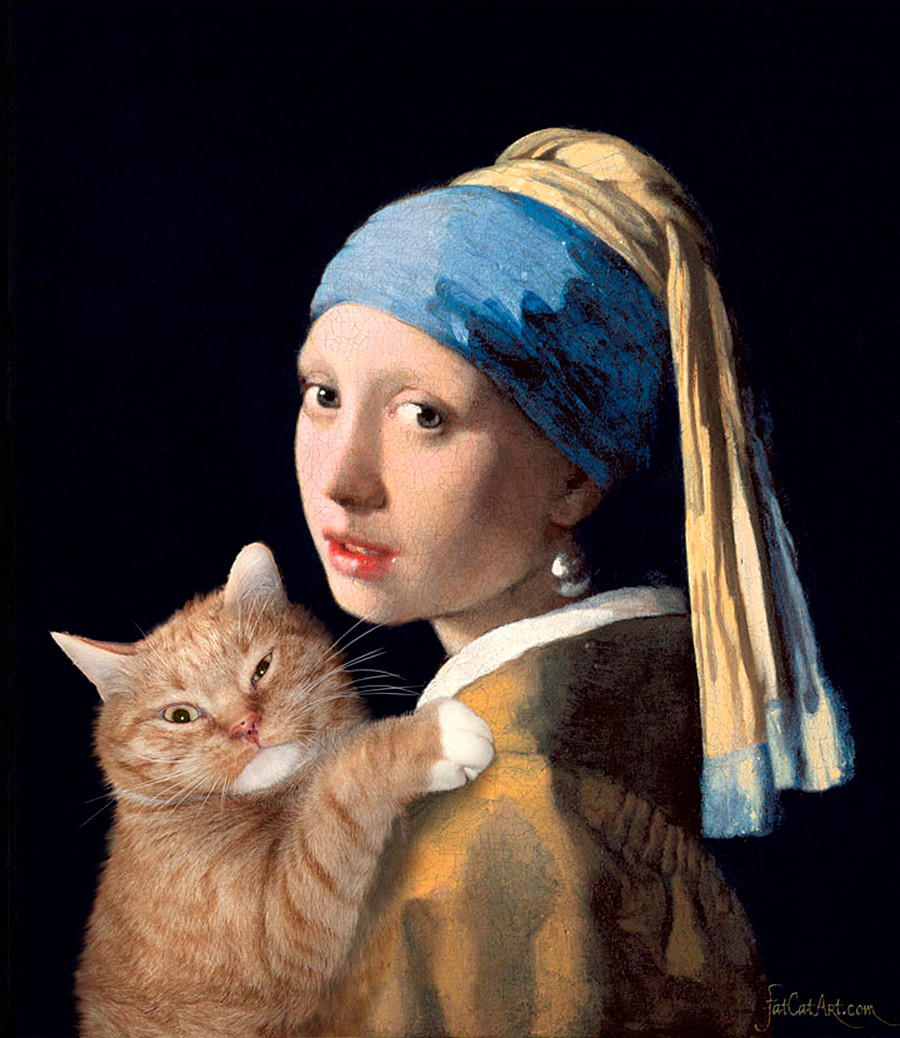 Johannes Vermeer, ‘Girl with a Pearl Earring and a Ginger Cat’

Do you know the story of the Tower of Babel, depicted by Bruegel? Now take a look at the Zarathustra’s version of WHY it was really destroyed. 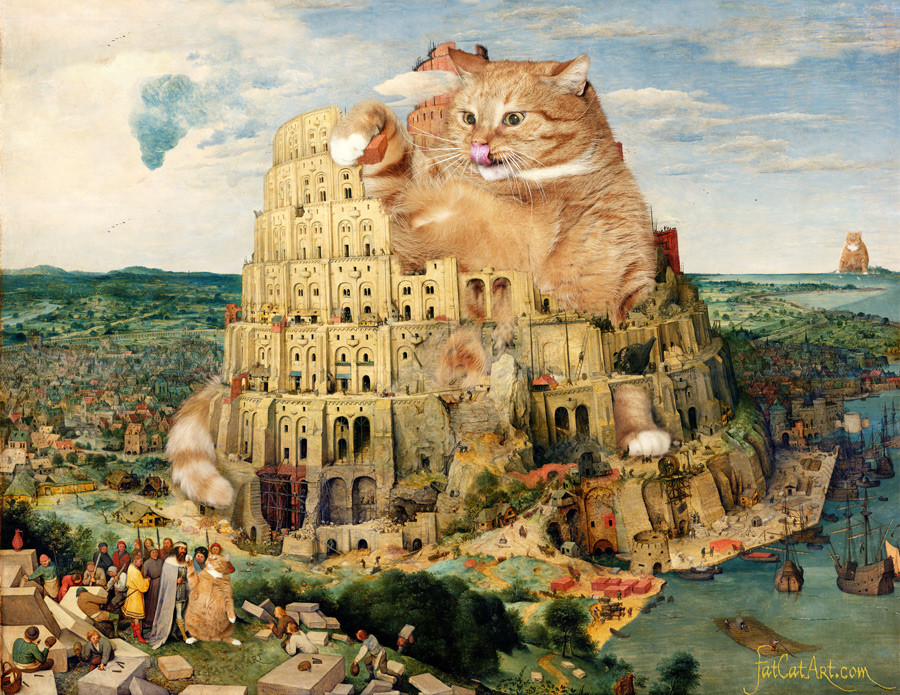 Pieter Bruegel the Elder, ‘The Tower of Babel under cats construction’

This piece with Psyche and her love, Cupid, looks even more romantic with Zarathustra. Because when a lady wants to introduce you to her cat, it means that you are very important to her! We hope he manages to carry both of them to heaven. 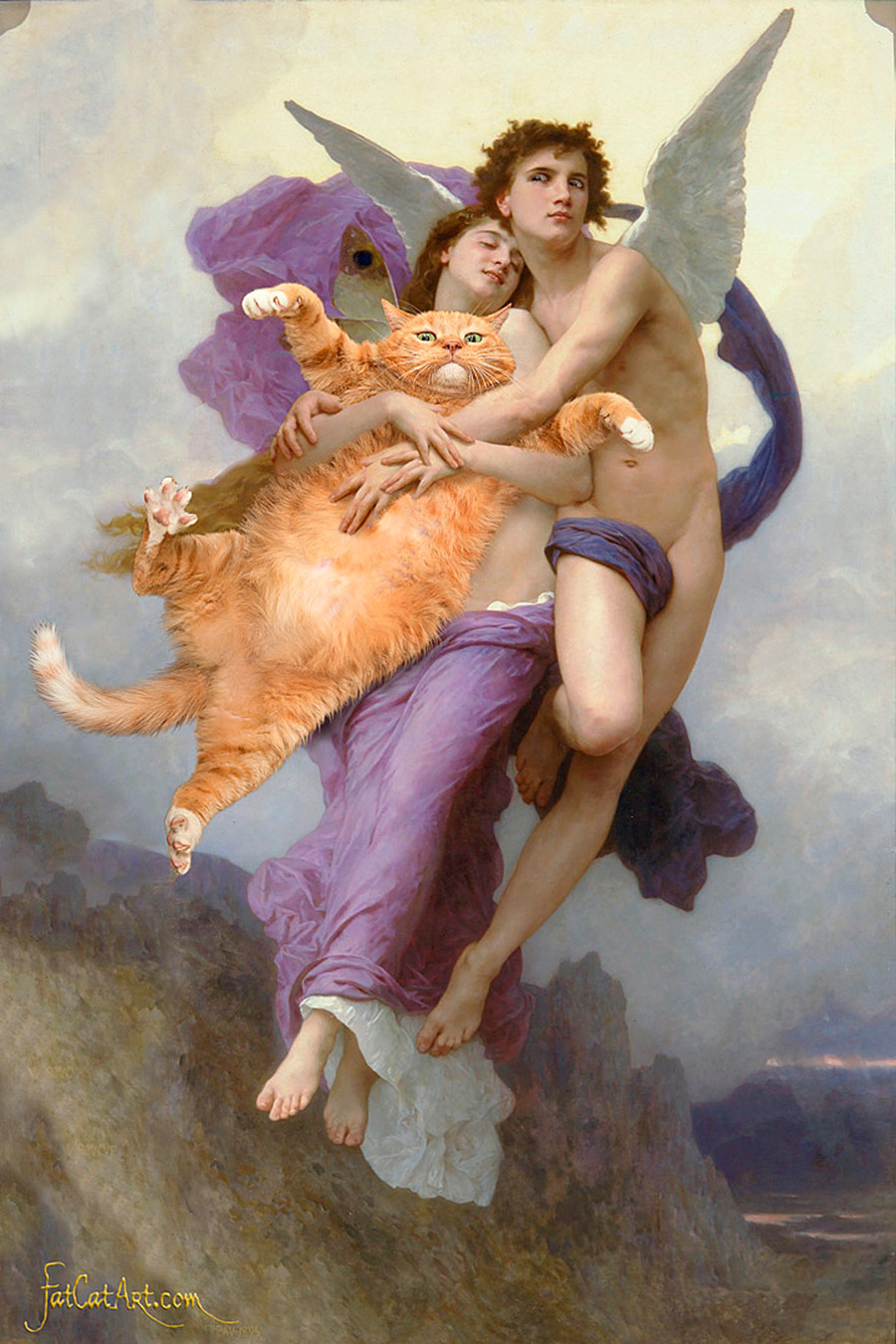 William-Adolphe Bouguereau, ‘The Abduction of Psyche and the Fat Cat’

“Oh, human, are you playing your lute? You don’t mind if I sit here and listen to you playing?” 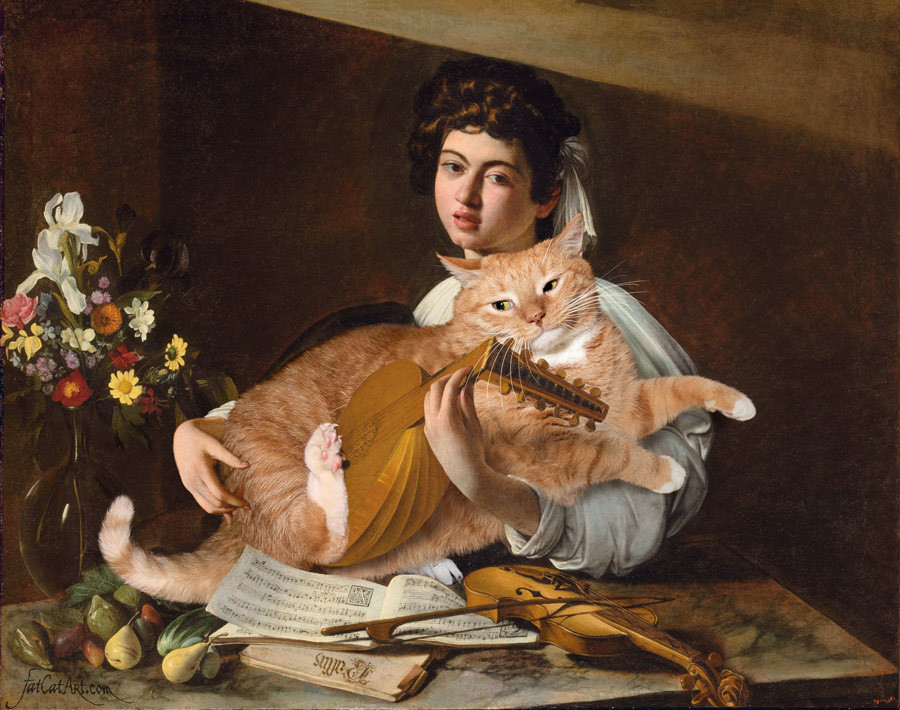 Caravaggio, ‘The Lute Player with the Cat’