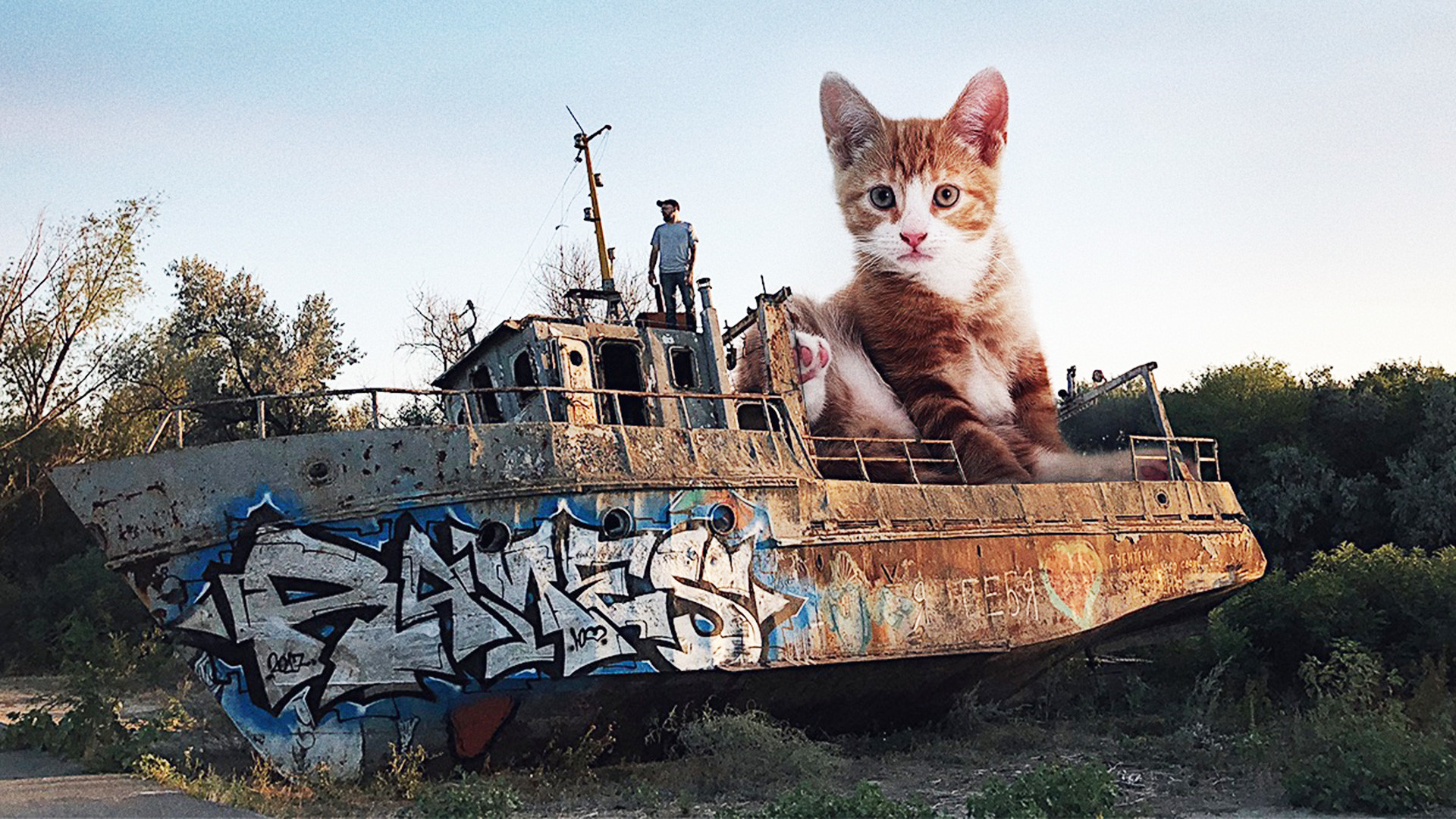 Who doesn’t like cats? Well, Russians certainly do. So much so, that one Russian artist has devoted an Instagram account (@odnoboko) to our furry friends. But that’s not all...the felines that feature in his snaps are larger than life, cats on steroids, if you will 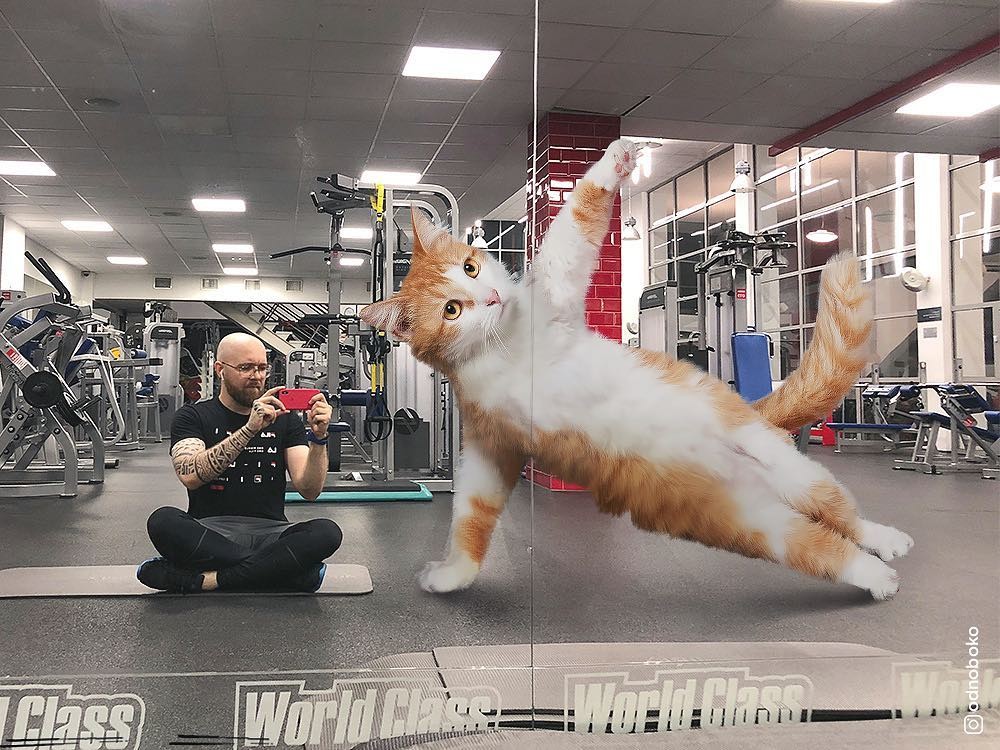 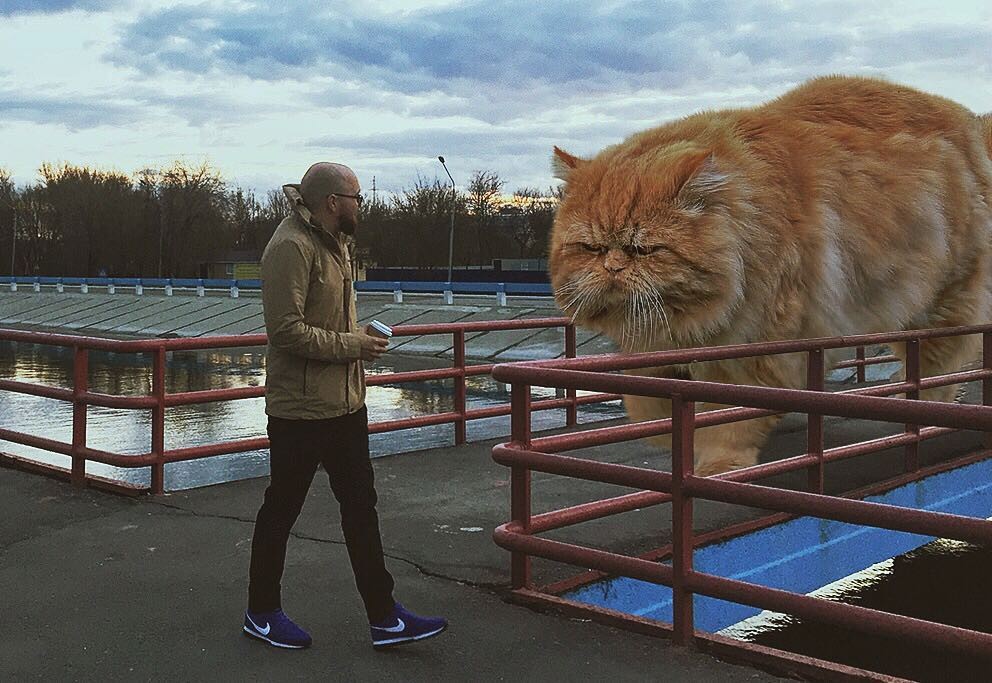 person behind this unusual account is Andrei Sherbak, creative director of Mediapronet, a Moscow-based advertising agency. Andrei,  sporting glasses and a beard, poses in each photo, usually against urban backgrounds and countryside landscapes. This all sounds pretty unspectacular, until you factor in the surreal giant cats... 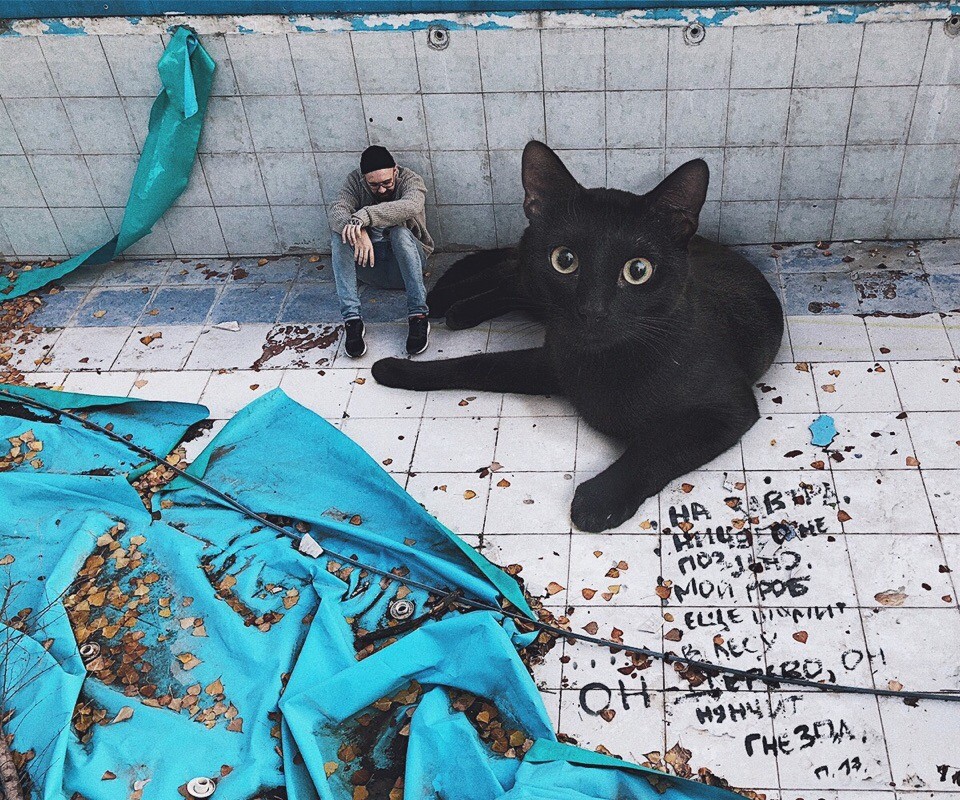 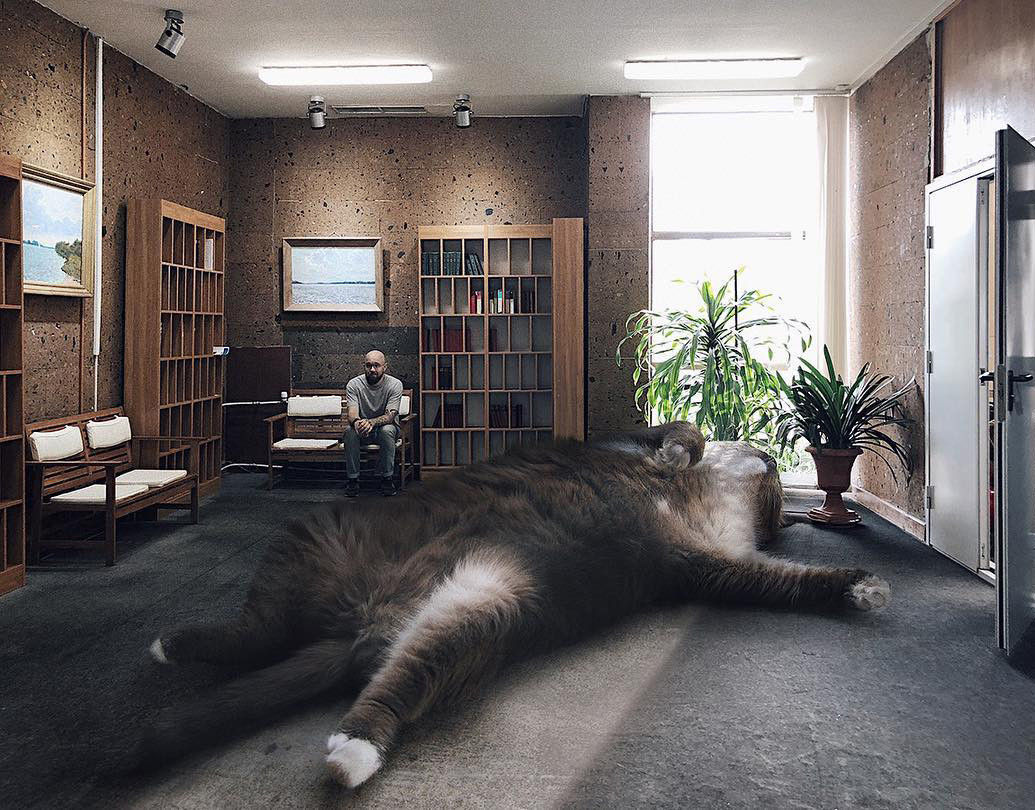 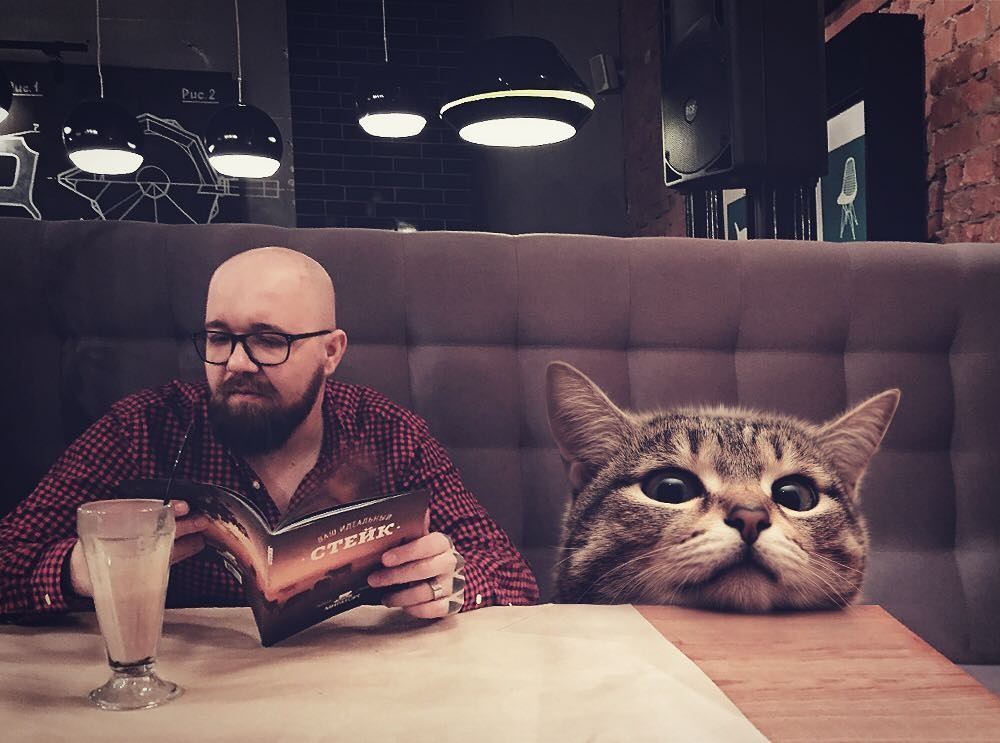 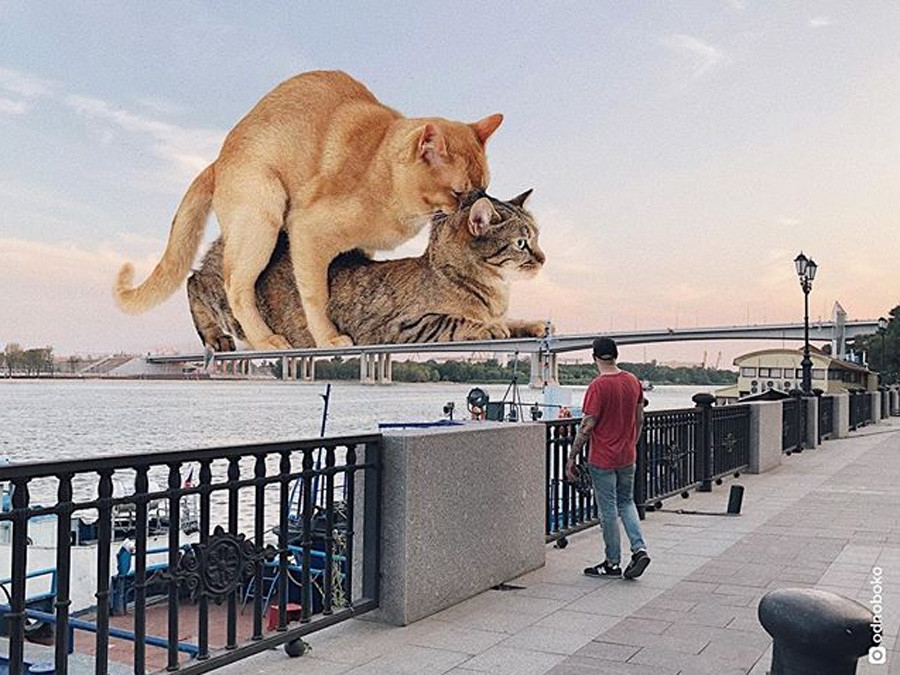 Andrei reveals, he was an introverted child and not much has changed since then. “I only tend to communicate with other people for two to three hours a week. And the pictures with cats (for me) is a certain method of communication, a point of connection between my world and yours,” he writes in one Instagram post 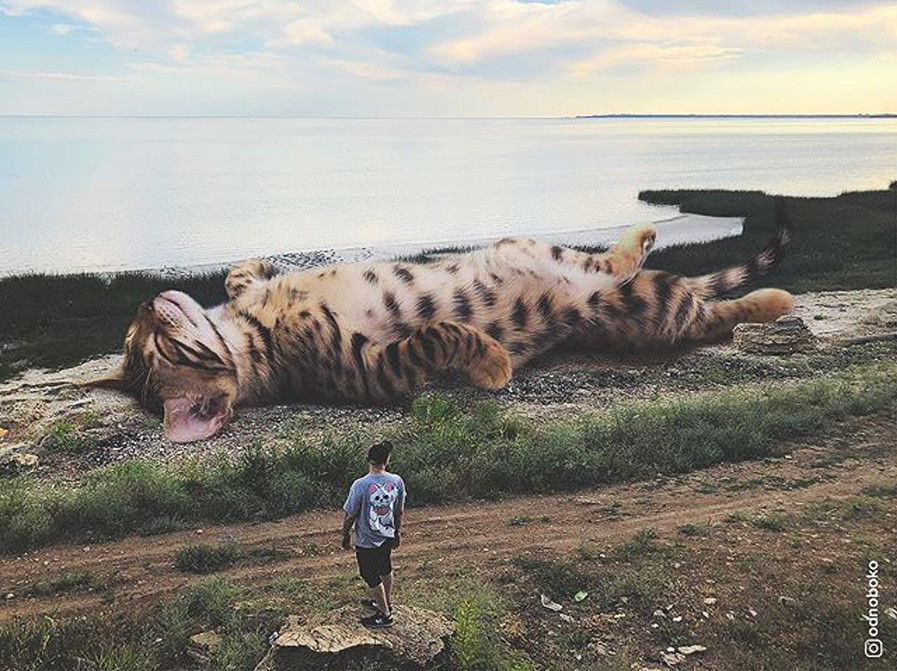 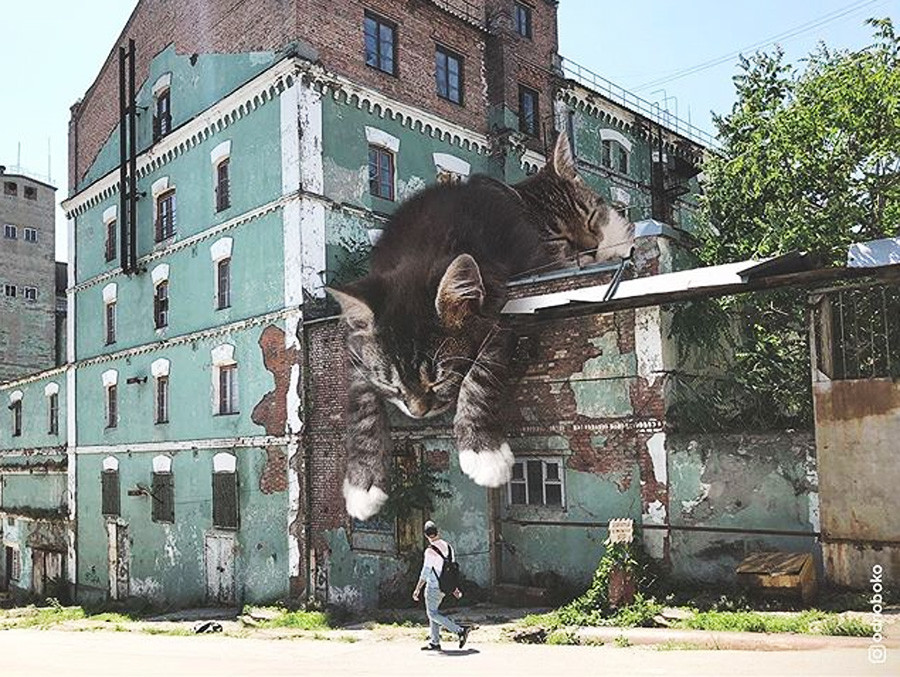 of his snaps features a caption revealing something about his life. For instance, under a photo of him and a giant cat at a monastery, he says that he’s an Old Believer and gives a bit of history about the religious movement. 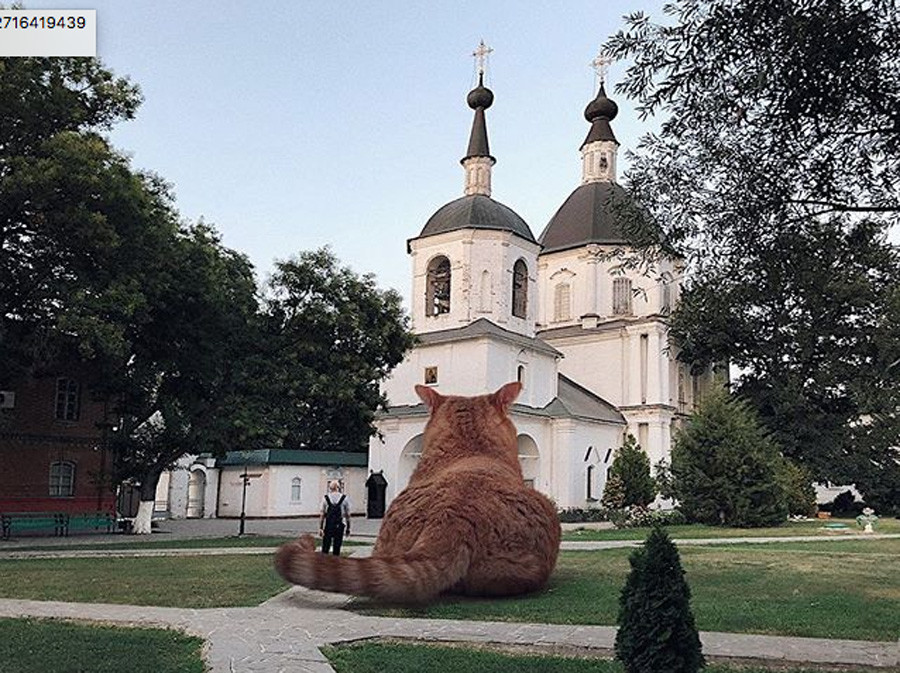 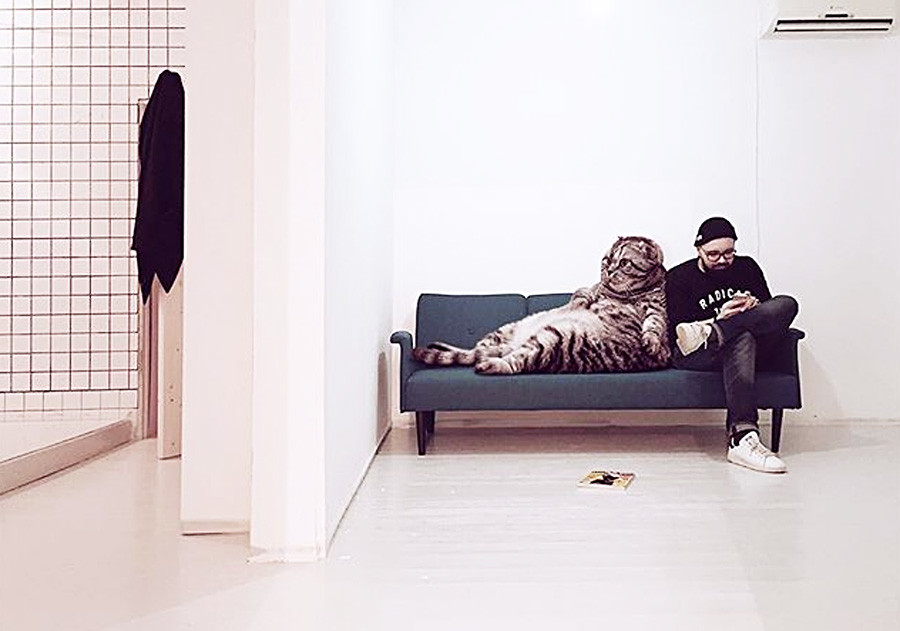 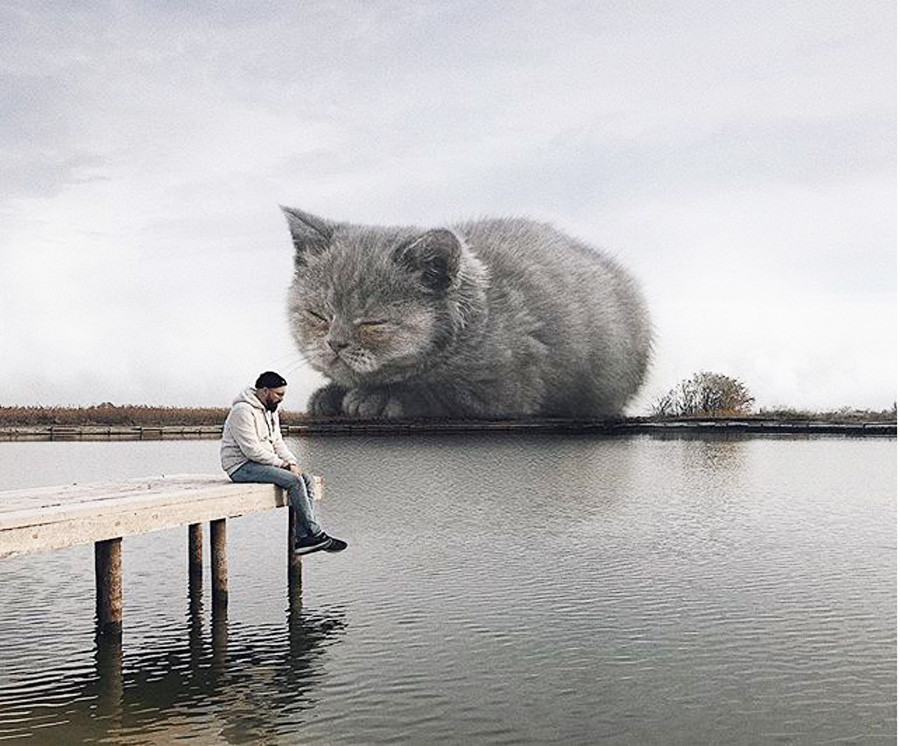 He also tells an emotional story from his childhood. At the age of nine, he spent summer at his grandmother, who had a goatling. Andrei was asked to take care of the baby animal and over two months he became very attached to it. 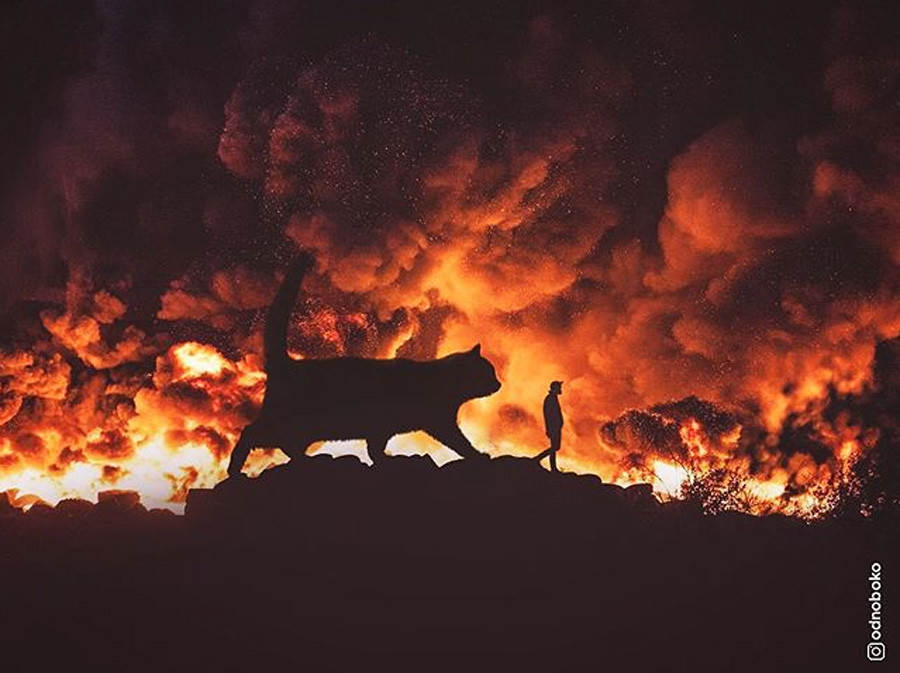 “The tragedy happened at the end of summer. A pack of dogs came from behind a garage and tore him apart right before my eyes...I managed to survive by hopping on some concrete blocks where I stood throwing stones at the blood-drunk dogs and screaming. I remember, how I carried him home, on a small cart where I used to put a bag with grass. (Remember) him wheezing, blood running. The endless attempts to phone a vet. Anxiety, tears. The vet’s conclusion. I watched him hang by his feet and getting his throat cut, releasing the blood. In the evening we had shashlik (kebabs). At the age of nine I ate my friend,” he wrote 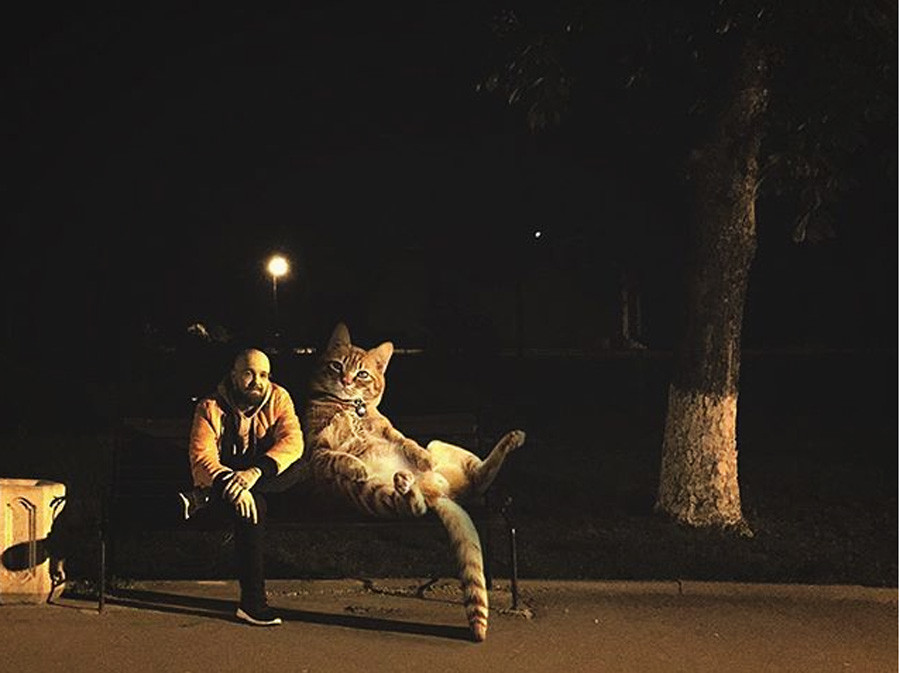 another caption, he remembers a time when he nearly drowned. “As a child, I loved to swim on a mattress. On the one side, it was festive and colorful but slippery, and on the other, grey and scratchy. I always used to put it the colorful side down, because I was afraid of slipping into the deep water, as I didn’t know how to swim. Yet once I still fell into the water and started drowning. The last thing I saw were the bright colors, distorted by the water, which made it look even more festive. I was saved by my grandfather.” The experience taught him to live life to the full.