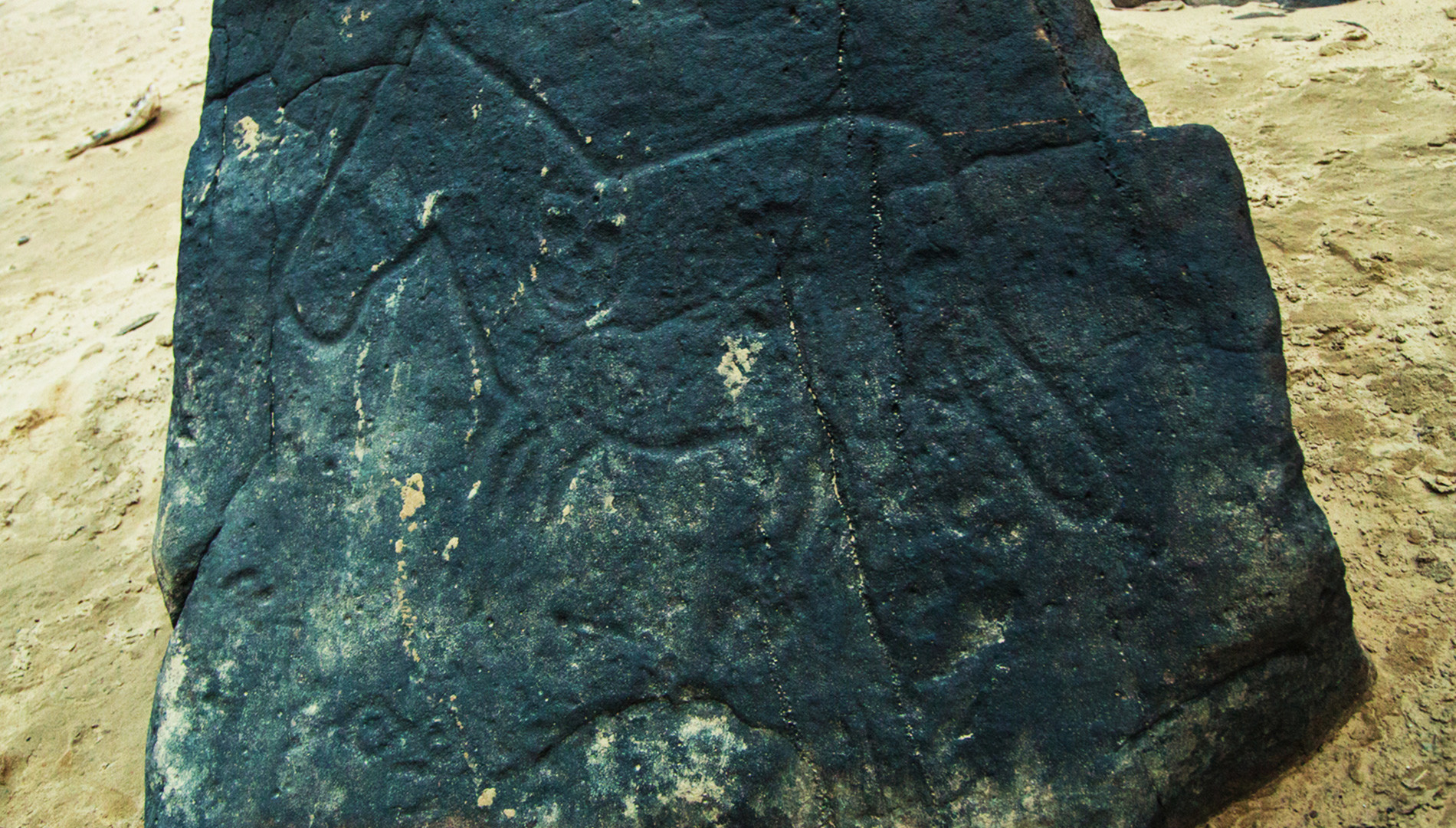 Legion Media
A small Nanai village in the Russian Far East is home to one of the country’s oldest archaeological sites. The area is also famous for mystical occurrences and other legends.

With its gracious, broad and tree-lined boulevards, well maintained turn of the 19th to 20th century buildings and a lively riverfront, the city of Khabarovsk is often called the most European city in Asia. Nothing in the tranquil city hints of a history that goes beyond the middle of the 19th century, but a short road trip along the Amur River is enough to unfurl a treasure trove of petroglyphs (prehistoric rock carvings) that are believed to date back to 12,000 BC. 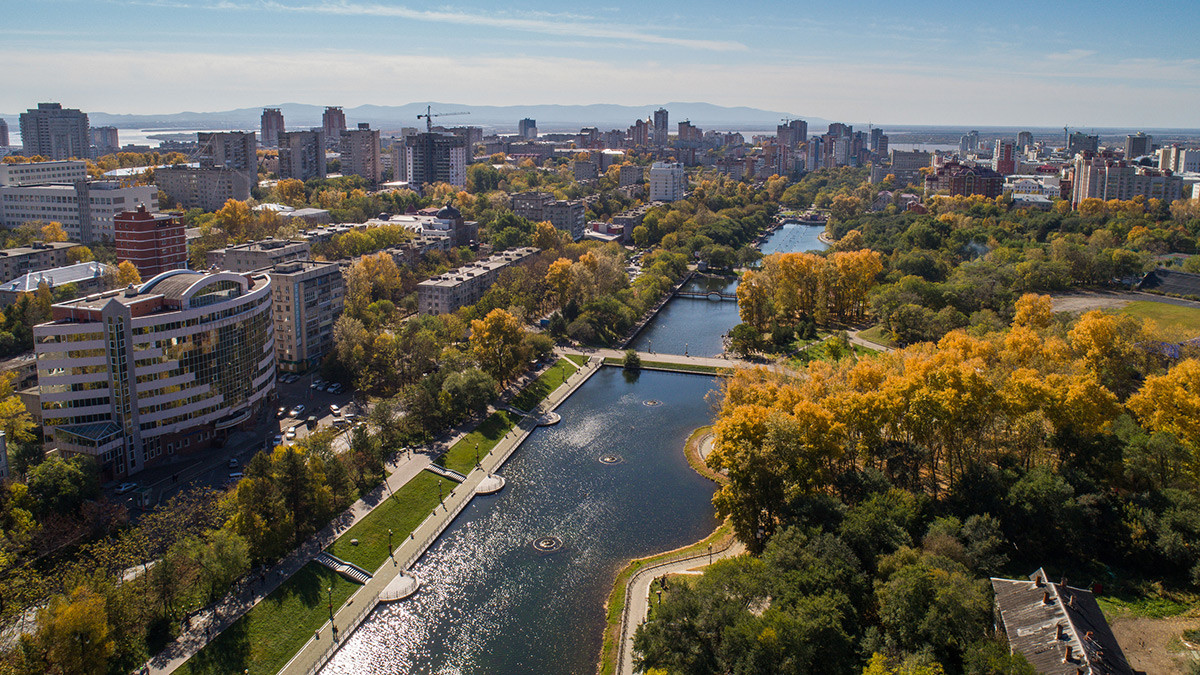 The Khabarovsk Krai, which has about 789,000 square kilometers of territory, is one of the most sparsely populated places on the planet. These vast swathes of emptiness are visible when one drives on the highway that connects Khabarovsk with the industrial city of Komsomolsk-on-Amur.

The Nanai village of Sikachi-Alyan on the Amur River

75 kilometers north of Khabarovsk and just off the highway and on the right bank of the Amur is the Nanai village of Sikachi-Alyan, where the petroglyphs are located. Residents call the village the ‘home of angry spirits’, thanks to the mystical occurrences that many have claimed to witness there.

History on the rocks

The area has about 200 petroglyphs, with a significant number being well preserved. The petroglyphs are easily accessible, as they are near the water’s edge on basalt boulders. 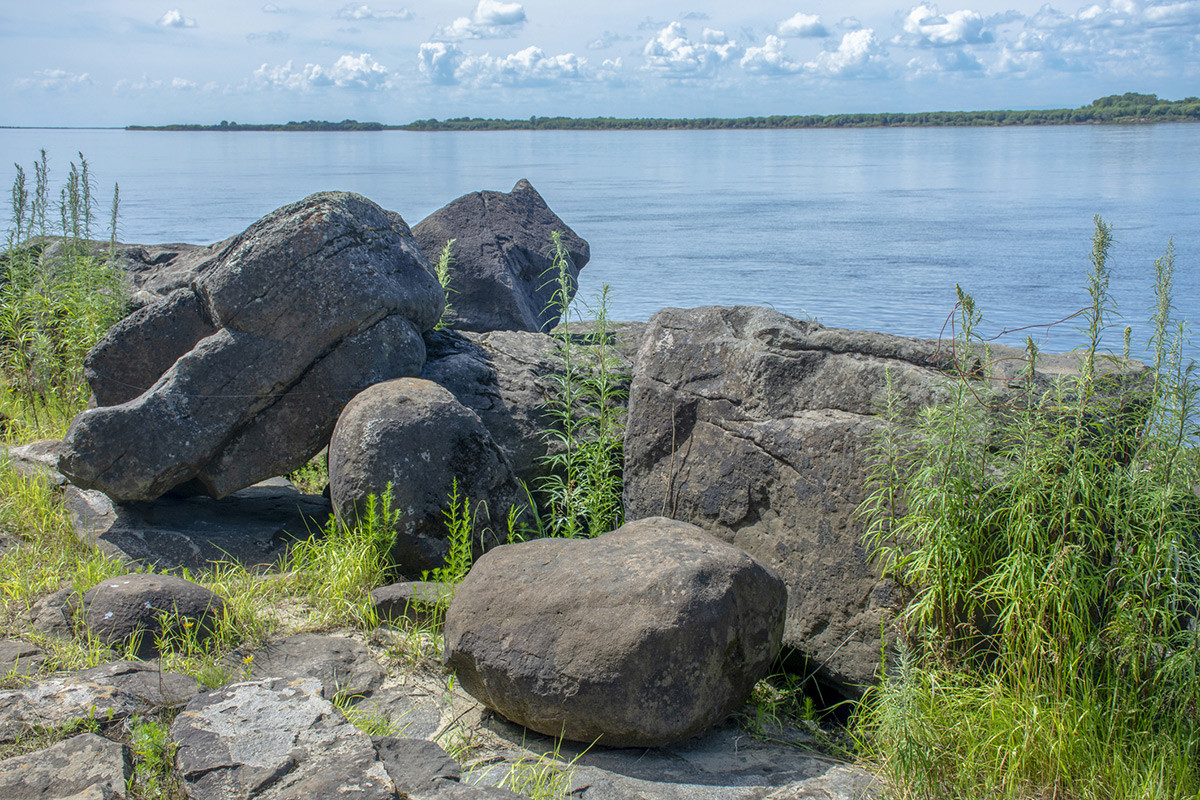 The best time to visit the area is actually early or late winter (despite the brutal cold), since the overflowing waters of the Amur hide them in the warmer months. Floods and ice floes have also caused considerable damage to many of the petroglyphs. Locals say some of the boulders have been turned upside down.

The carvings that date from different periods depict hunting scenes, animals, such as elk, horses and mammoths, shamans and shamanic masks and even people sitting in boats. 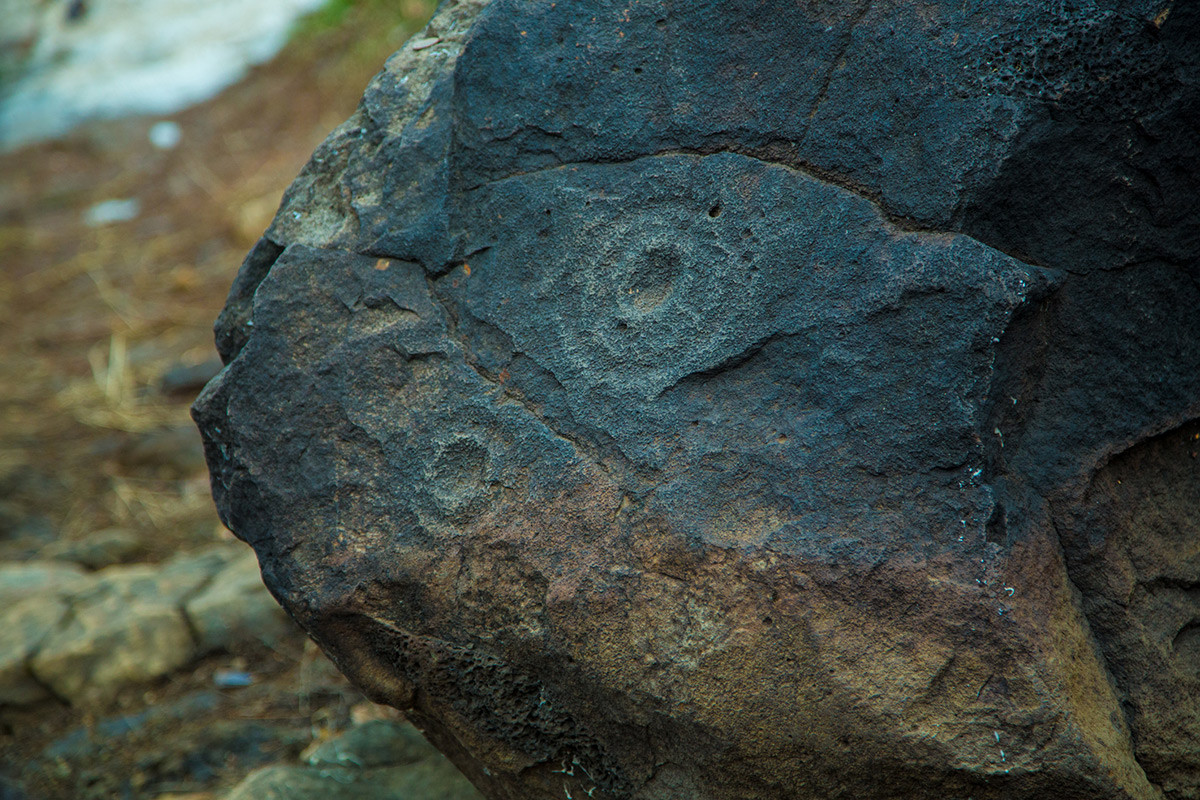 Russia’s Far East is believed to have been one of the last habitats of mammoths before they became extinct. Among the best-preserved petroglyphs of Sikachi-Alyan, there is one engraving that clearly depicts a mammoth, while another shows a mammoth with an unknown creature. There’s also a large depiction of a beast with a tail.

Svetlana Onenko, a local historian who is also the curator of the indigenous people’s ethnographic museum and cultural center in Sikachi-Alyan, says the very existence of the mammoth depictions proves that the petroglyphs date back to around 12,000 BC. She adds that the ancient dwellers of this area probably also hunted mammoths. 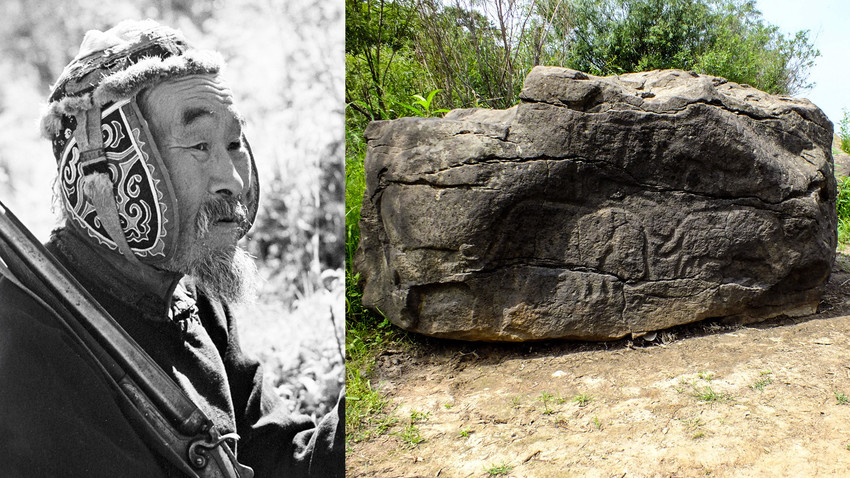 The older images, dating to the Paleolithicage, were carved out using stone tools. It should be noted that some archaeologists argue that the wild horses depicted in some of the petroglyphs did not exist in the Amur Region even in the Neolithic age. 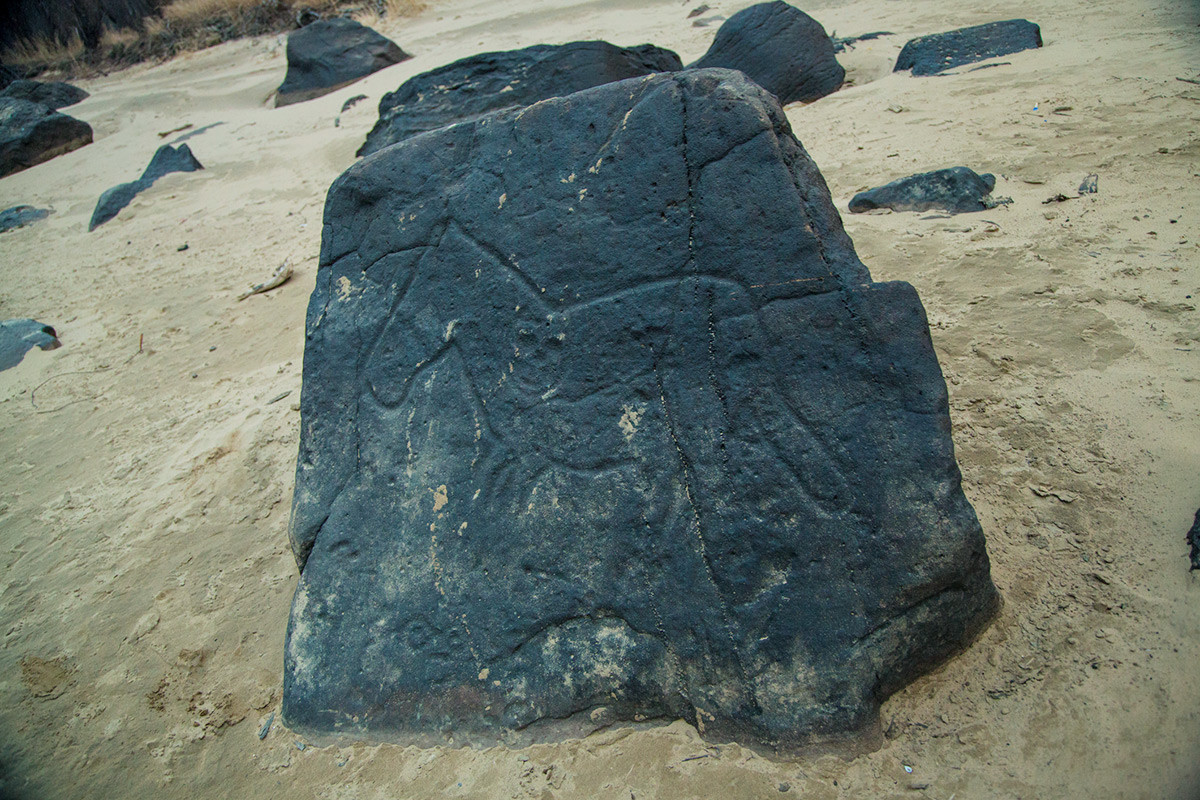 The newer carvings, including those of shamans and shamanic masks were used with more modern tools. These images are sacred to the Nanai and other indigenous groups who live in the village with a total population of just 300. Onenko says the members of the indigenous community are descended from the people who carved out the petroglyphs. Some European anthropologists, however, believe that the indigenous people were more recent settlers, who moved to the area around 2,000 years ago from Manchuria.

An abode of Shamanism

Neo-Shamanists visit the area from different parts of the world and take part in rituals, which some suspect as being influenced by a cult. Such is the belief in Shamanism in this area that the museum, which has a large number of indigenous artefacts, crafts and ancient Chinese coins, keeps its Shamanic objects in a designated space that is ritually blessed. “Shamanic objects are believed to possess a powerful (and potentially dangerous) energy,” Onenko says. 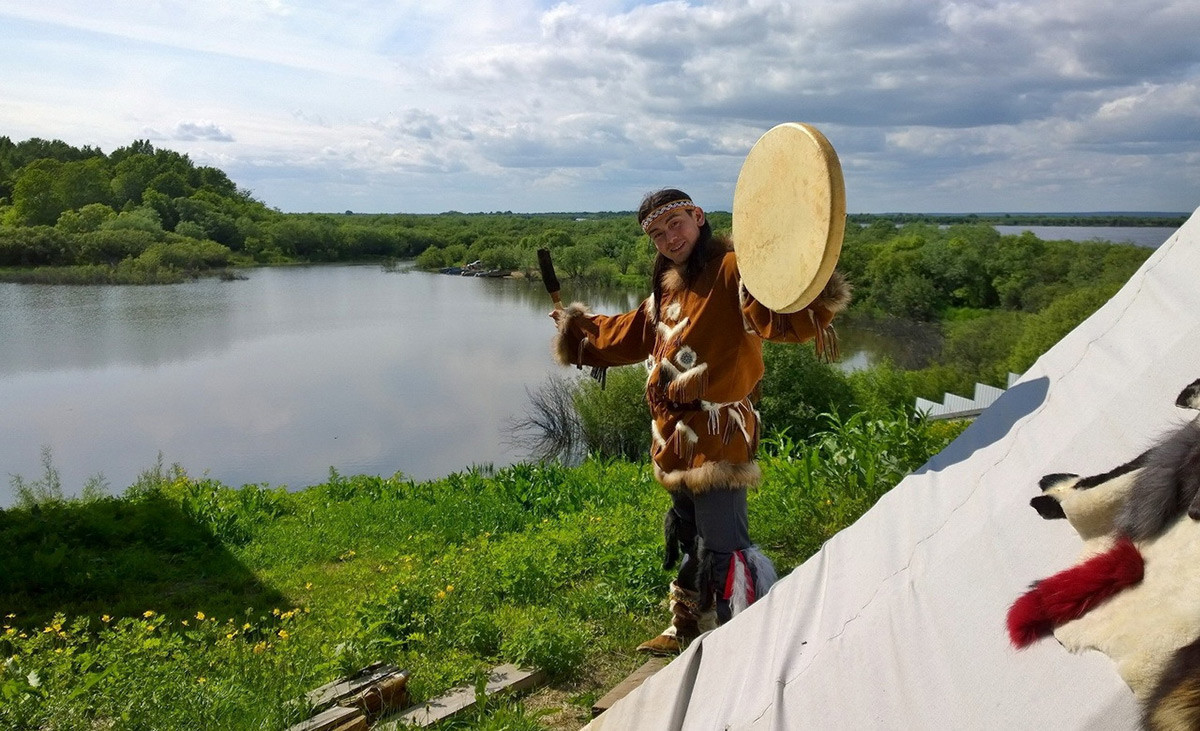 Locals claim to spot mystic occurrences near the so-called Starukha (Eng.: “old lady”) rock formation. According to indigenous legends, human beings did not die at one point of time, but their population grew so large that there wasn’t enough food for everyone. So the earth’s spirits decided that people, like animals, would also have to die. 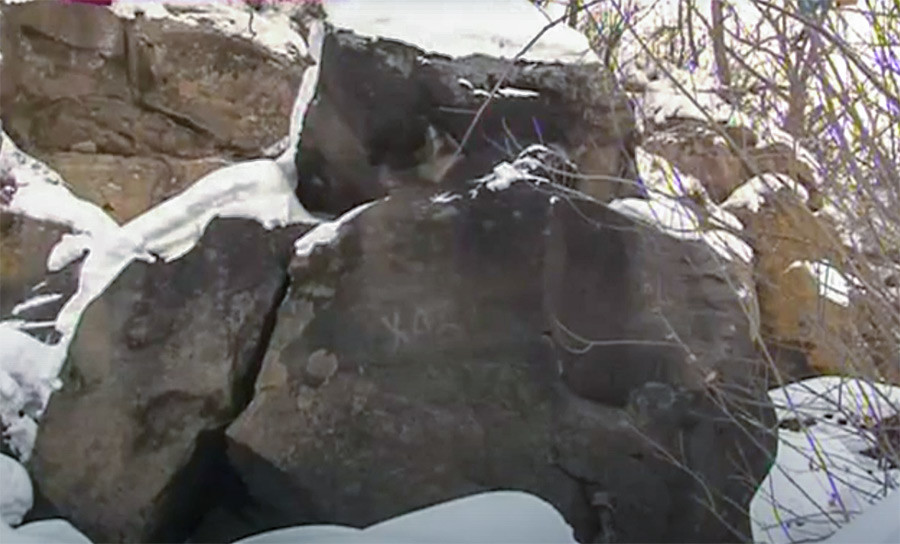 The Starukha was apparently the first human being to face death and ended up turning into that big (and apparently haunted) rock.

While the Nanai and other indigenous groups were aware of the existence of the petroglyphs for centuries, the outside world came to know of them only in 1859, a year after the foundation of the city of Khabarovsk.

This “discovery” was made by Richard Maack, a geographer, naturalist and explorer who set out on an expedition of the Amur and Ussuri valleys. Maack, who was born in the Russian Empire’s Baltic governorate of Livonia, studied natural sciences at the University of St. Petersburg and undertook several expeditions to Siberia and the Russian Far East in the 1850s.

A portrait of Richard Maack (L); and his drawing of an indigenous people's house

Maack’s main area of interest was botany and six previously unknown plants that he collected by the Amur were named after him. His expedition north of the newly-founded Khabarovsk led him to Sikachi-Alyan, where he spotted the petroglyphs. There are less than a handful of surviving copies of Maack’s book titled, ‘Travel on the Amur river made by order of the Siberian department of the Emperor’s Russian Geographical Society in 1855’, which contains a wealth of information.

Russian archaeologists, scientists and historians took a great interest in the petroglyphs in the 20th century. In the 1930s, archaeologist Nikolai Kharlamov photographed them in detail. Three decades later, ethnographer and historian Alexei Okladnikov went on several expeditions to the area and wrote about the petroglyphs in detail in two books. His findings suggest that the artwork of Sikachi-Alyan had some resemblance to its counterparts from South East Asia, Polynesia and Australia. 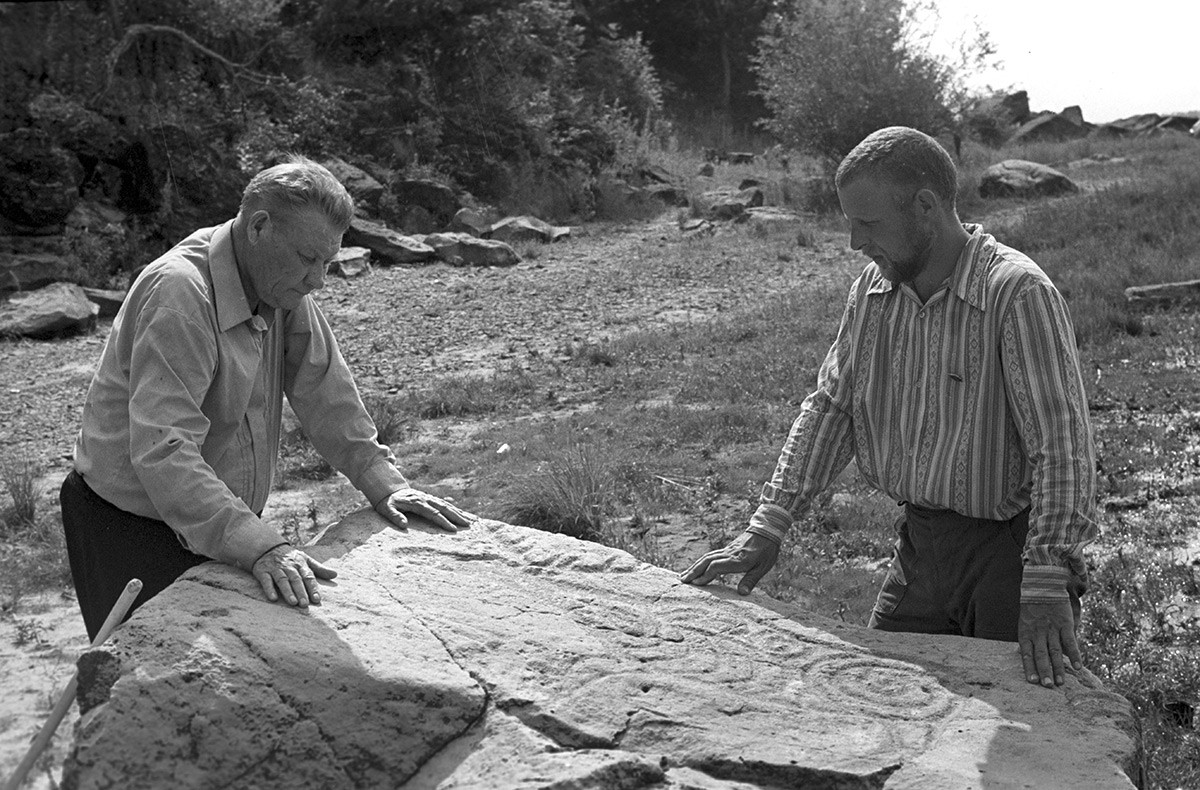 The petroglyphs of Sikachi-Alyan are now among the most visited sites in Khabarovsk Krai. The Russian federal government was declared the legal owner of the petroglyphs in 2018 and efforts are underway to better preserve them, as well get the rock formations listed by UNESCO as a World Heritage Site.