What is Pleistocene Park, and how can it stop global warming? 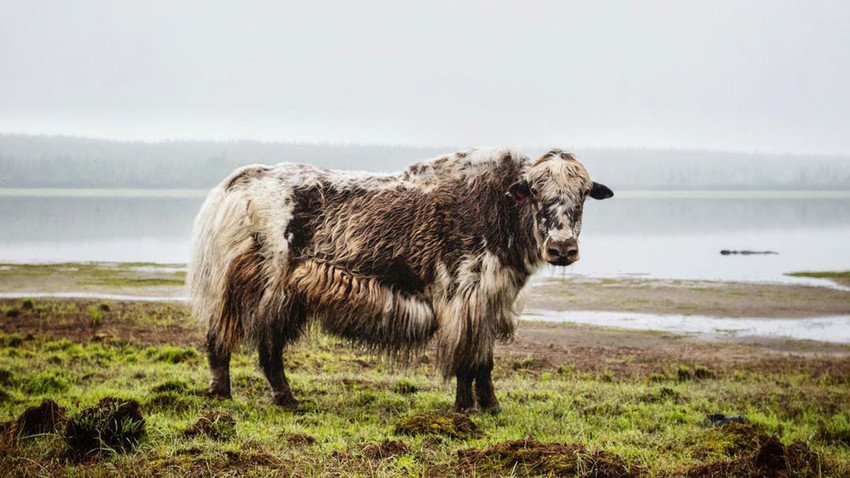 Pleistocene Park
While Greta Thunberg and other green activists stage demonstrations around the world, Russian scientists are busy recreating an ecosystem that can cool Earth’s climate.

Mammoths, bison, and horses roam the vast steppe expanses, grazing in green meadows under the watchful eye of predatory wolves and tigers. This is a vision of what the Russian Arctic might look like in the future. Or at least, this is how it did look many millennia ago. According to scientists, it is not beyond the realm of fantasy to restore such an ecosystem. Humanity may still be a long way off recreating Jurassic Park-style dinosaurs, but the idea of ​​recovering mammoth DNA doesn't seem so crazy anymore.

During the Pleistocene epoch (2.6 million – 11,700 years ago), the entire Northern Hemisphere of the planet was covered in steppe inhabited by millions of mammoths, bison, horses, deer, wolves, tigers, and other animals. But as people settled there, the fauna populations declined, causing a degradation of the pastureland, turning it into forest and tundra. That was 10-12,000 years ago. Today, the number of animals in the Arctic is barely one percent of what it was in the late Pleistocene, scientists say. 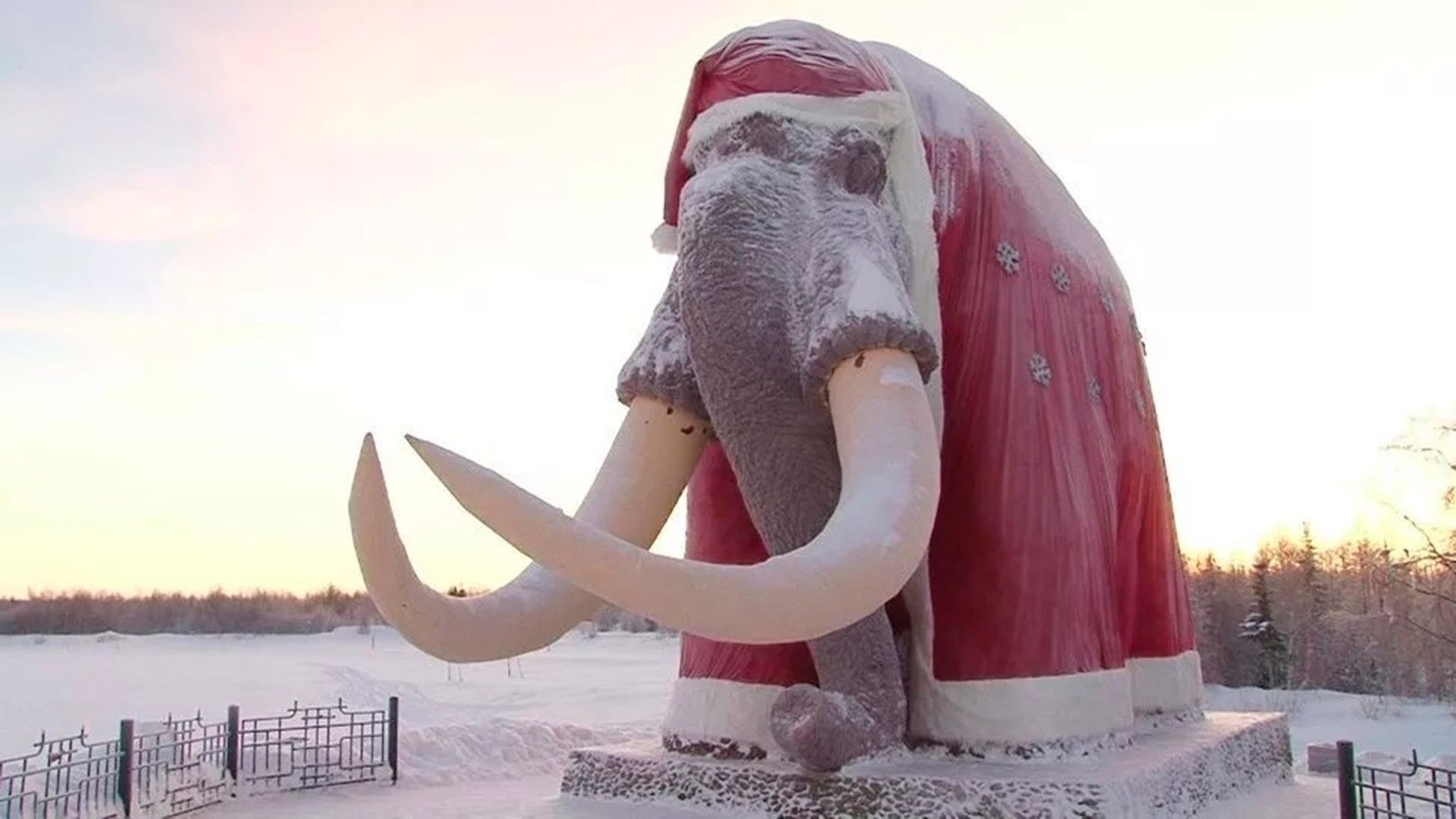 Why is this important now? Russian ecologist Sergei Zimov believes that restoring the ecosystem of the “mammoth steppes” could help combat global warming.

“The main threat today is global warming. The Siberian permafrost (the frozen layer of Earth’s crust) has begun to melt. It contains a trillion tons of carbon. If it is oxidized through microbes, 3.4 trillion tons of CO2 will be released into the atmosphere,” he warns. 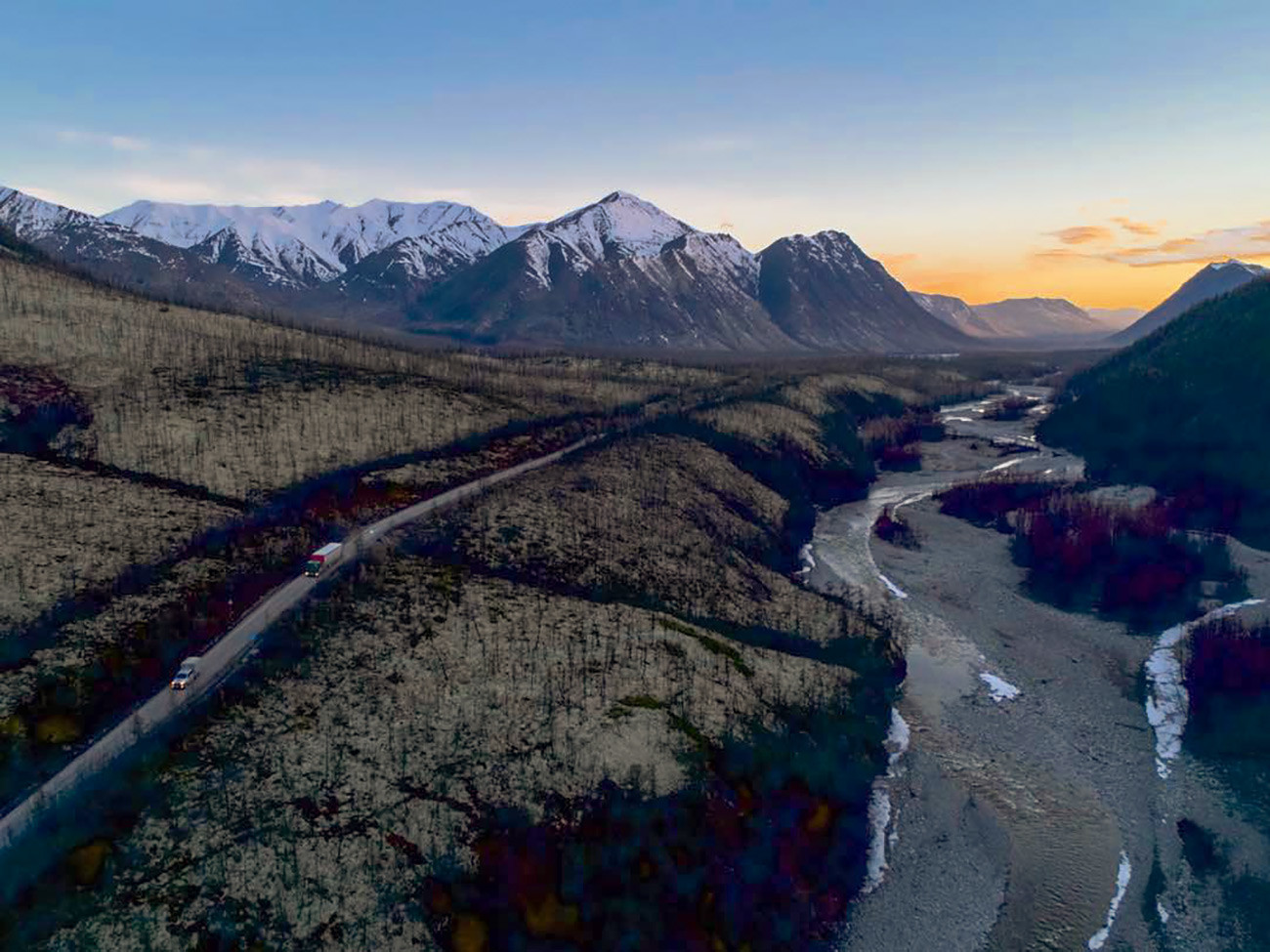 Restoring the ecosystem of the “mammoth steppes” can help combat global warming.

According to Zimov, the temperature of the permafrost is already roughly 5°C warmer than the average annual air temperature due to the formation in winter of a thick snow blanket that covers the soil and prevents deep freezing.

This effect can be averted in pastureland ecosystems, where the winter snow is trampled by animals in search of food. Moreover, the snow loses its heat-insulating properties, and the permafrost soil in winter freezes much more. Thus, the permafrost is protected from melting. “Due to the effect of animals trampling the snow, the temperature of permafrost beneath pastures is 4°C lower,” Zimov notes. 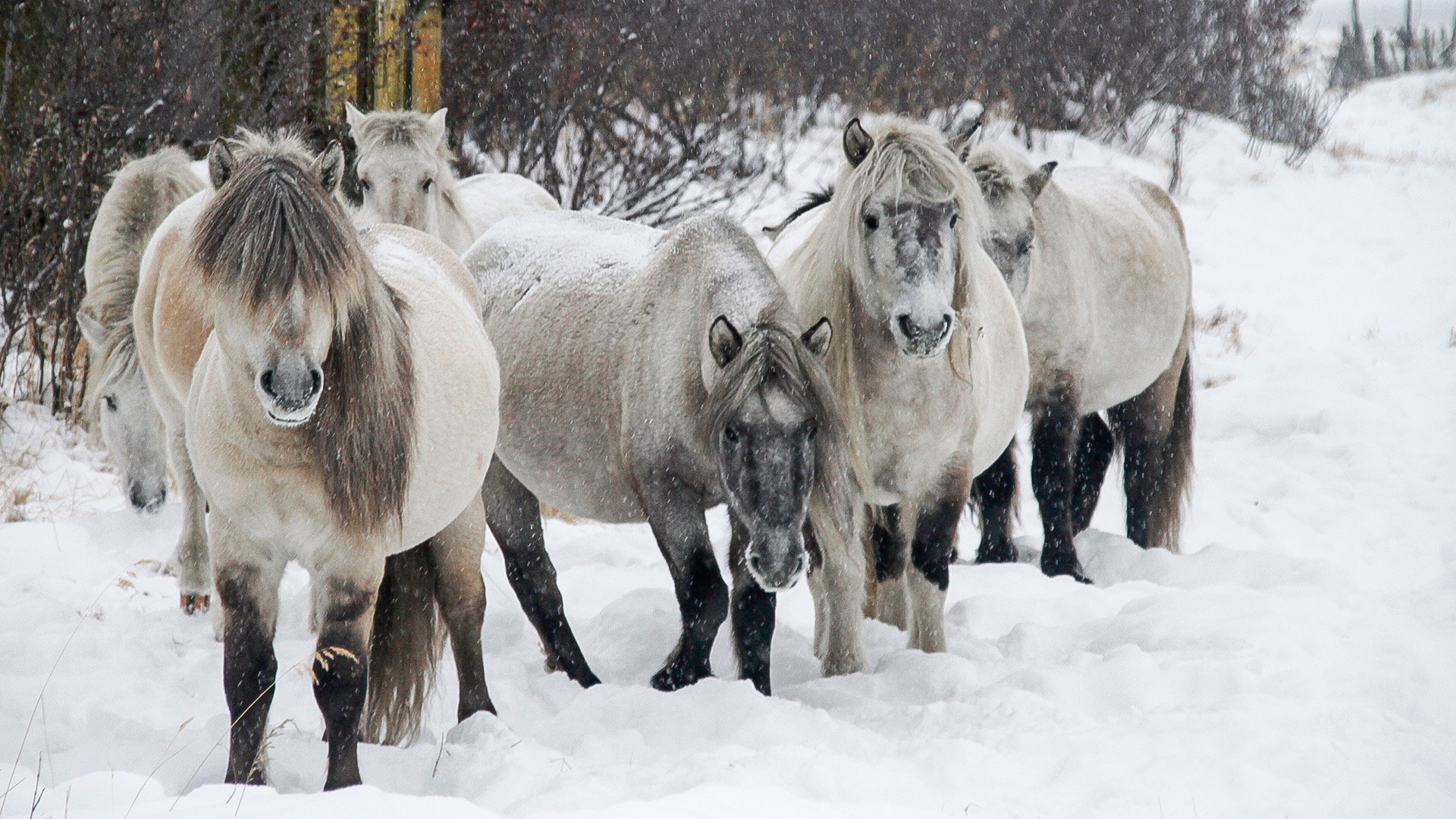 Yakut horses were the first animals that were brought to the Pleistocene Park.

For more than two decades, Zimov has not only been sounding the alarm about this threat to humanity but testing his theory in practice through the Pleistocene Park project in north-eastern Yakutia, 150 km south of the Arctic Ocean.

From word to deed

Zimov officially founded the park in 1996 and initially developed it all by himself, with practically no financial investments at all. Only in the last few years has the park begun to flourish, with activists bringing in lots of new animals, all thanks to crowdfunding.

“In May-June of this year, we bought 12 North American steppe buffalo in Denmark, and conveyed them by road. They are adapting well to the Arctic climate,” says Sergei’s son Nikita, the park director. In the Pleistocene, bison lived in the territory of Siberia and migrated to North America across the natural bridge that connected them back then. 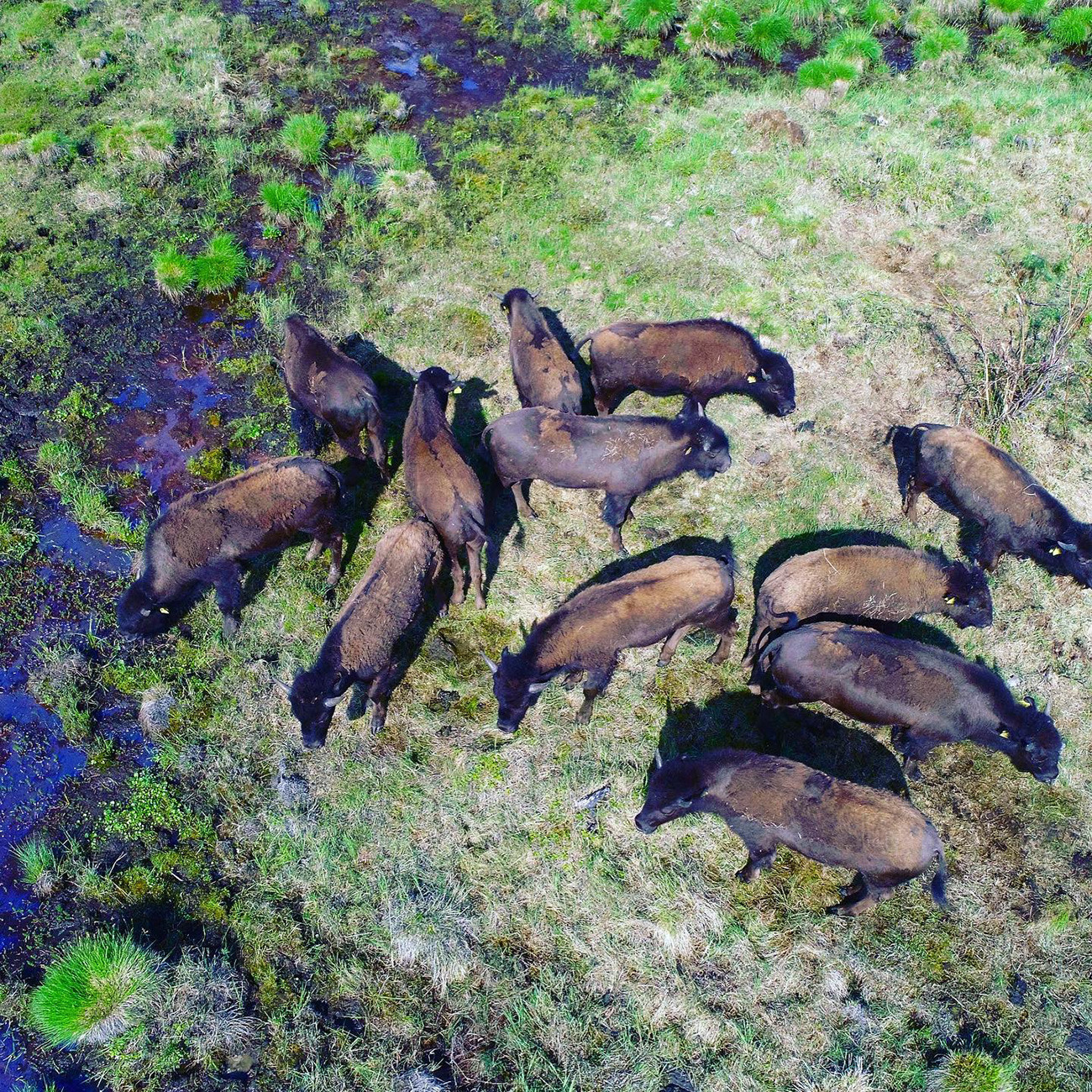 In 2019, the park welcomed North American steppe buffalo that are now adapting to the local climate.

The park covers 14,400 hectares of land, of which around 2,000 are fenced off and divided into sections of 50-200 hectares for controlled grazing of animals, taking into account the condition of the soil. About 150 species of Pleistocene fauna are represented here, including reindeer, Yakut horses, moose, bison, yaks, Kalmyk cows, and sheep.

In the words of Nikita, the park’s main objective is to create a sustainable and highly productive pastureland ecosystem in the Arctic large enough to affect the global climate. “Sure, we are still a long way from this goal. We are now selecting both animal and plant species, and trying to create sustainable animal populations in limited areas,” he says. 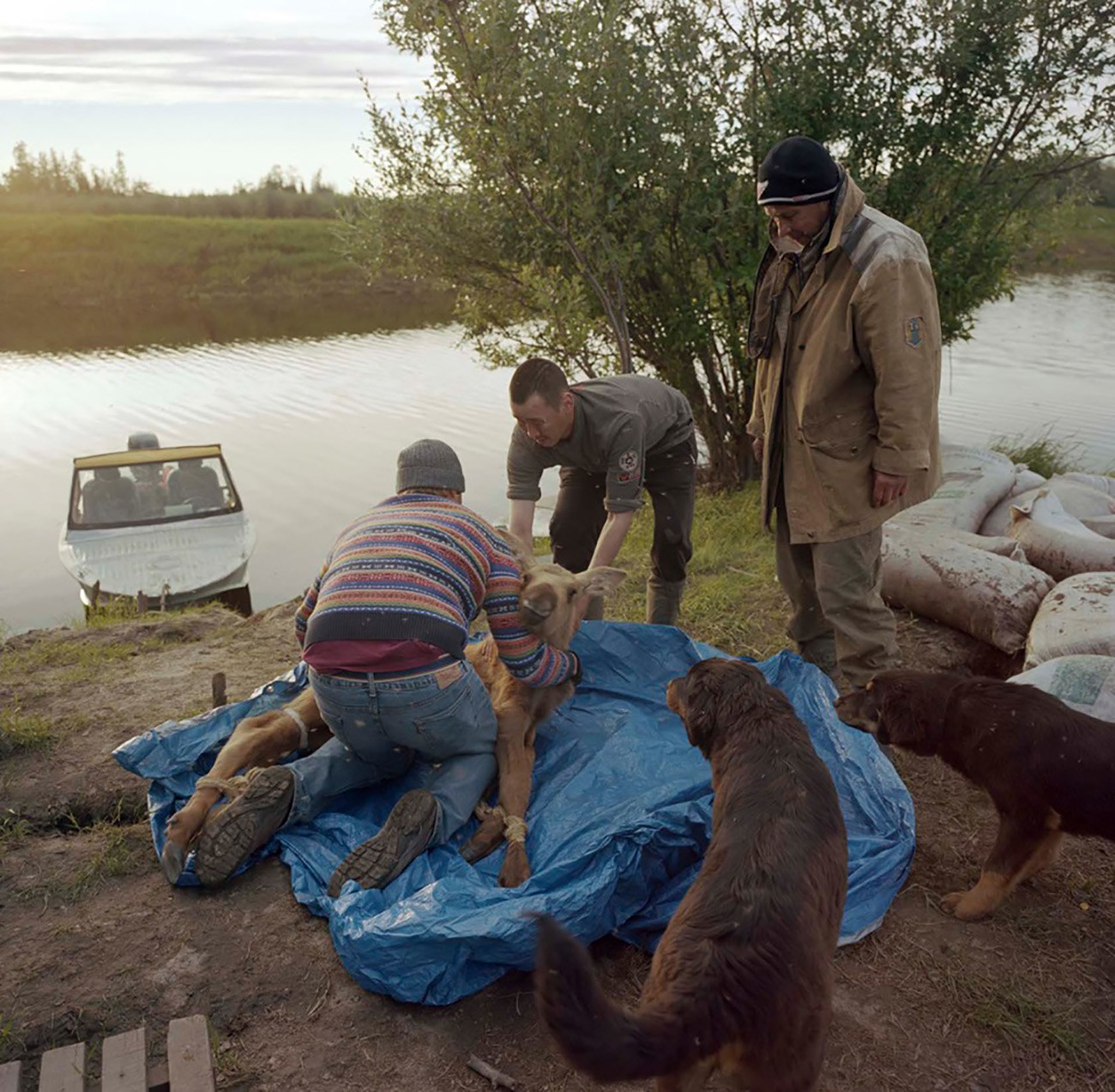 Pleistocene Park is a long-term project but the first positive results are already seen.

Despite the fact that the ecological situation in Yakutia is already fairly good (there are no industrial plants, for instance), park employees say that the local vegetation and soil are becoming more fertile as a result of introducing the fauna. This, in turn, is building up carbon deposits in the soil, increasing its ability to reflect sunlight. Grasses are lighter in color than shrubs and larch forests, and lighter surfaces reflect more solar energy back into space, thus lowering the surface temperature. 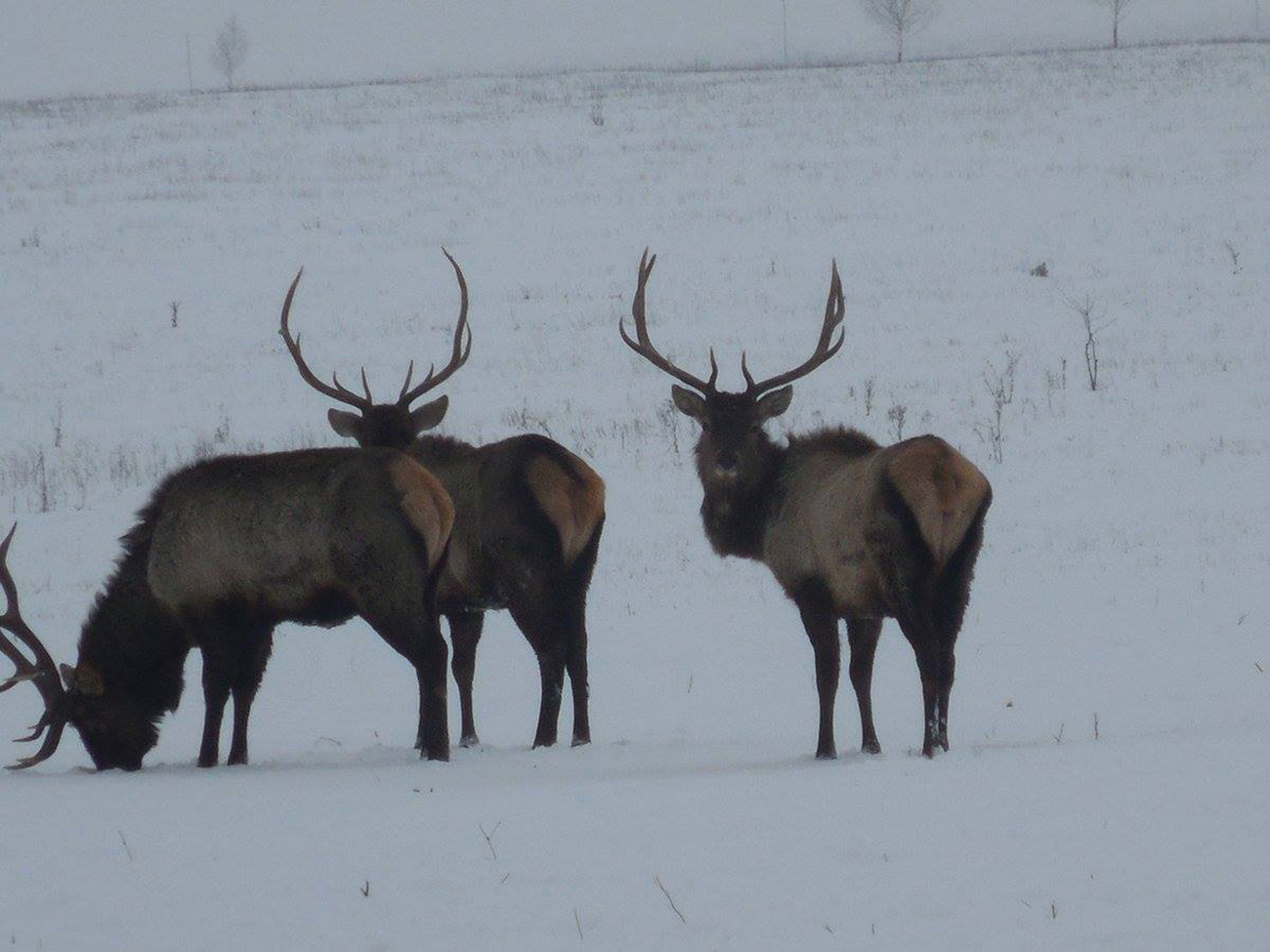 About 150 species of Pleistocene fauna are currently represented in the park.

Alone in the world?

To date, of all the tasks facing the park, the greatest impact has come from public relations, including with foreign media (articles have appeared in The Atlantic, Science, and Nature). The problem, however, is that few people take the step from moral support to actual assistance. “It’s a common problem for humanity,” says park director Nikita. “Many people agree that global warming is a problem, but they are more concerned about everyday problems, and spend their money on those instead.”

The local administration and society, meanwhile, are rather neutral on the project. “Generally speaking, global warming is not the most pressing issue. When it’s -50°C outside, and people hear talk of global warming, they tend to rub their hands in joyful anticipation,” says Nikita. 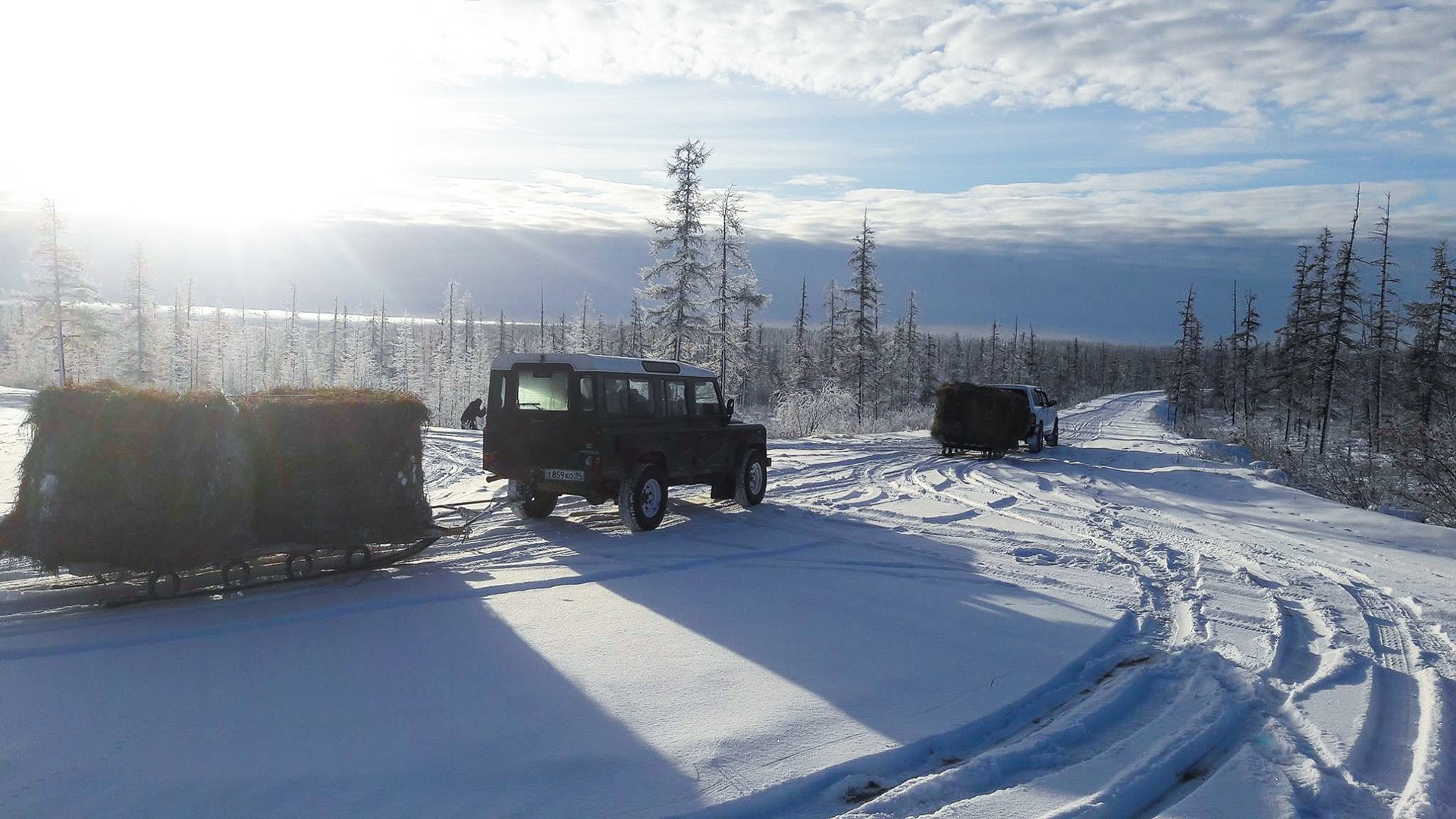 Although pastureland ecosystems located in the Arctic have the most direct impact on the climate, it is very important to restore wildlife in other areas too, scientists say.

In his words, Pleistocene Park in Yakutia is just about the only project of its kind tackling such issues. That said, there are national parks in other countries seeking to create productive ecosystems, for example, Oostvaardersplassen in the Netherlands.

“In my opinion, [the Dutch] came closest to creating a highly productive pastureland ecosystem outside of Africa. But the problem they have is that they cannot introduce predators, and there is nothing to regulate the number of herbivores. As a result, part of the population starves to death every year. A couple of years ago, there was a fodder shortage combined with a spike in population, and as a result half of the animals died in the spring, which caused a public outcry. The director even received threats. If they could just introduce predators, things would be fine, the project is good to go,” says Nikita Zimov.

He also notes that although pastureland ecosystems located in the Arctic have the most direct impact on the climate, it is very important to restore wildlife in other areas too, even without reference to the climate: “Very few people around the world understand what genuine wild ecosystems are, and mistake what appeared due to human influence 10,000 years ago for the real thing.”