How a piece of Tsarist Russia appeared in Jerusalem 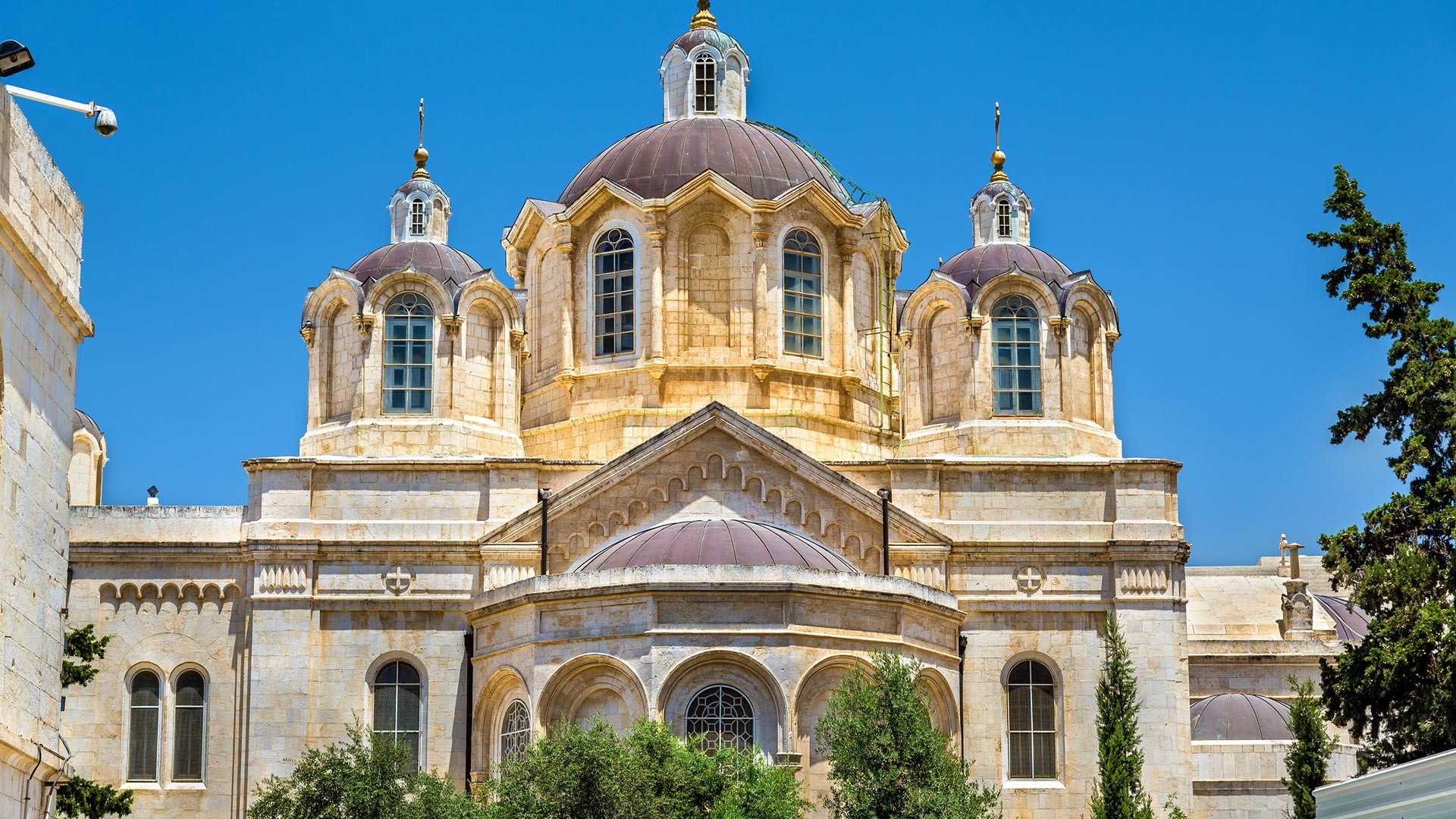 Legion Media
Since its establishment in 1860, the Russian Compound in Jerusalem has undergone many makeovers and ownership changes.

Just a week before Nikita Khrushchev’s reign at the helm of affairs of the Soviet Union came to an end in 1964, he approved a decision to sell a 17-acre property in central Jerusalem that was owned by the Moscow Patriarchate for $3.5 million-worth of Jaffa oranges.

All that remained in Russian hands after the sale in the so-called Russian Compound was the Church of Holy Trinity, a landmark of Jerusalem, with its green domes and four octagonal bell towers, and another building.  The sale, which was made in oranges, as Israel at that time lacked hard currency, is still considered controversial, as Russia lost a prime piece of real estate in what is the Holy Land for practitioners of three of the country’s major faiths. 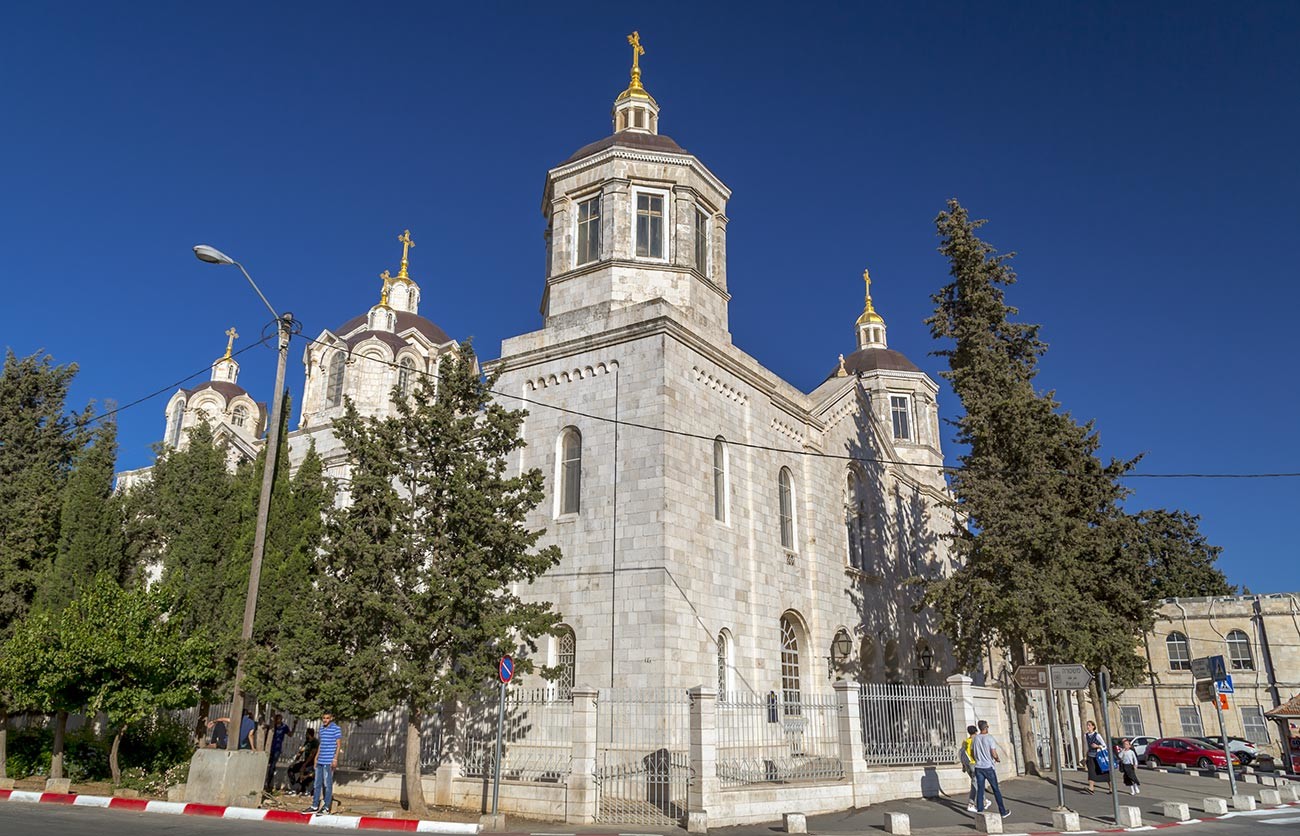 In addition to the church, the Russian Compound, which was once walled, had a Russian consulate, men’s and women’s hostels, a hospital and a massive Orthodox mission, among other buildings. In 2021, it houses Jerusalem’s district courthouse, police headquarters (and even hosted nightclubs), although some parts of the compound are now back under Russian ownership (read more below). 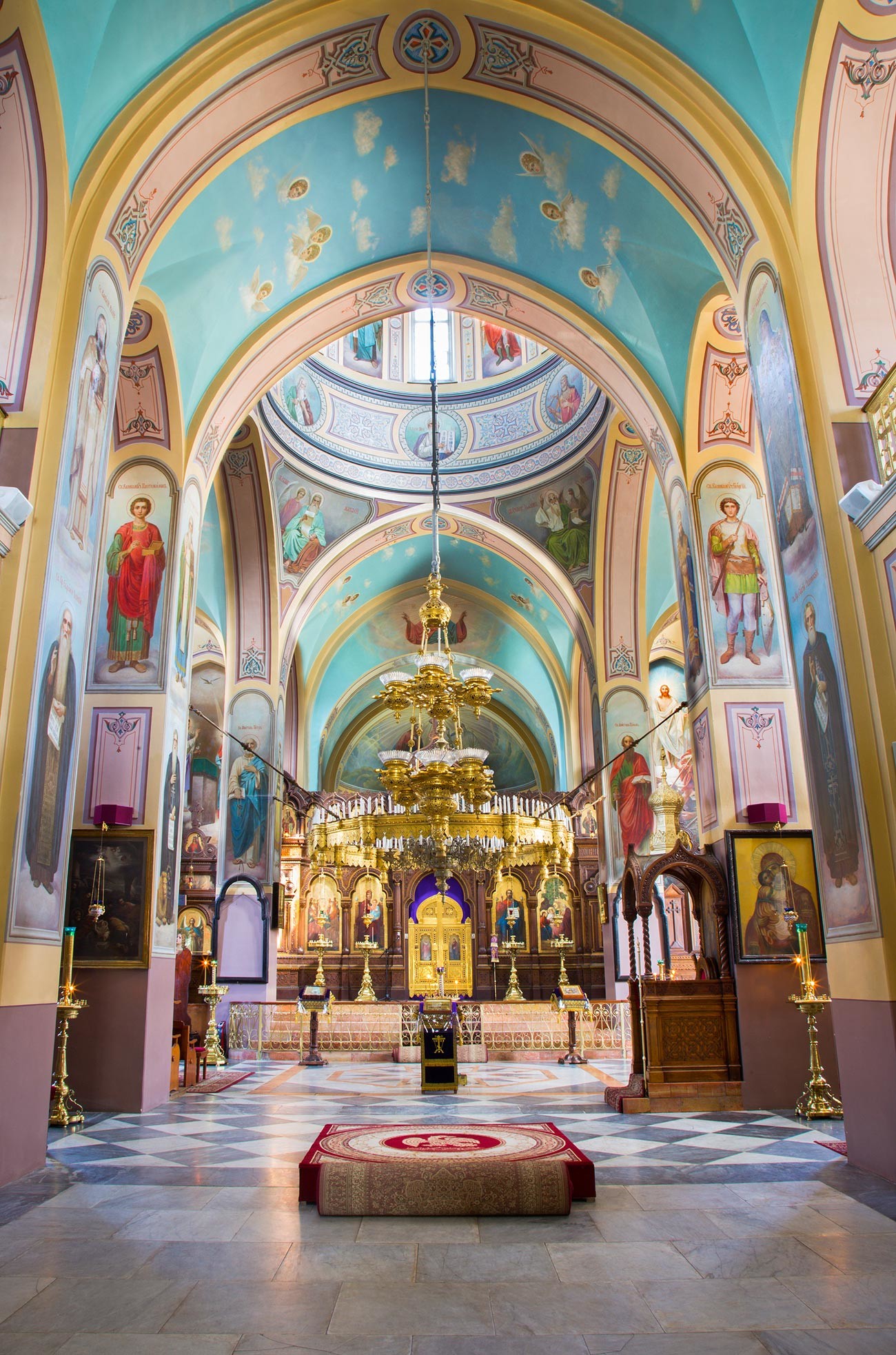 Inside the Church of Holy Trinity

Ever since Russia adopted Orthodox Christianity, one of the greatest desires of the faithful was a pilgrimage to the Holy Land. By the time relatively modern and accessible transport was available for Russian pilgrims, Ottoman control of Palestine made the task all the more difficult. In 1844, the Ottomans allowed Russia’s first Orthodox archimandrite (senior abbot) to live in Jerusalem. 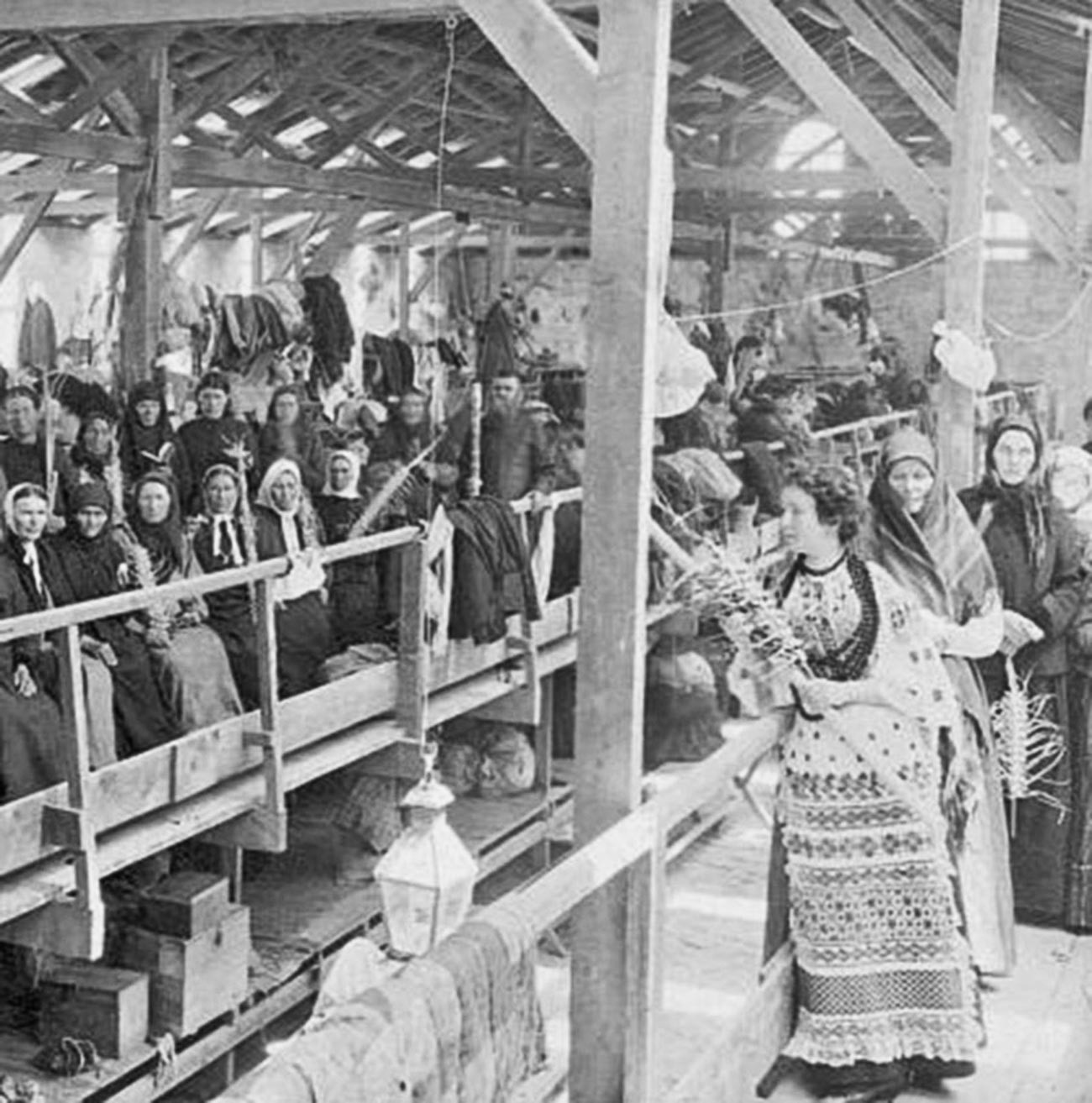 A decade and a half later, after Russia came up on the losing end of a power play with the French over the control of Orthodox sites in the Holy Land, Tsar Alexander II used his good offices with the Ottomans to construct a Russian consulate in Jerusalem. 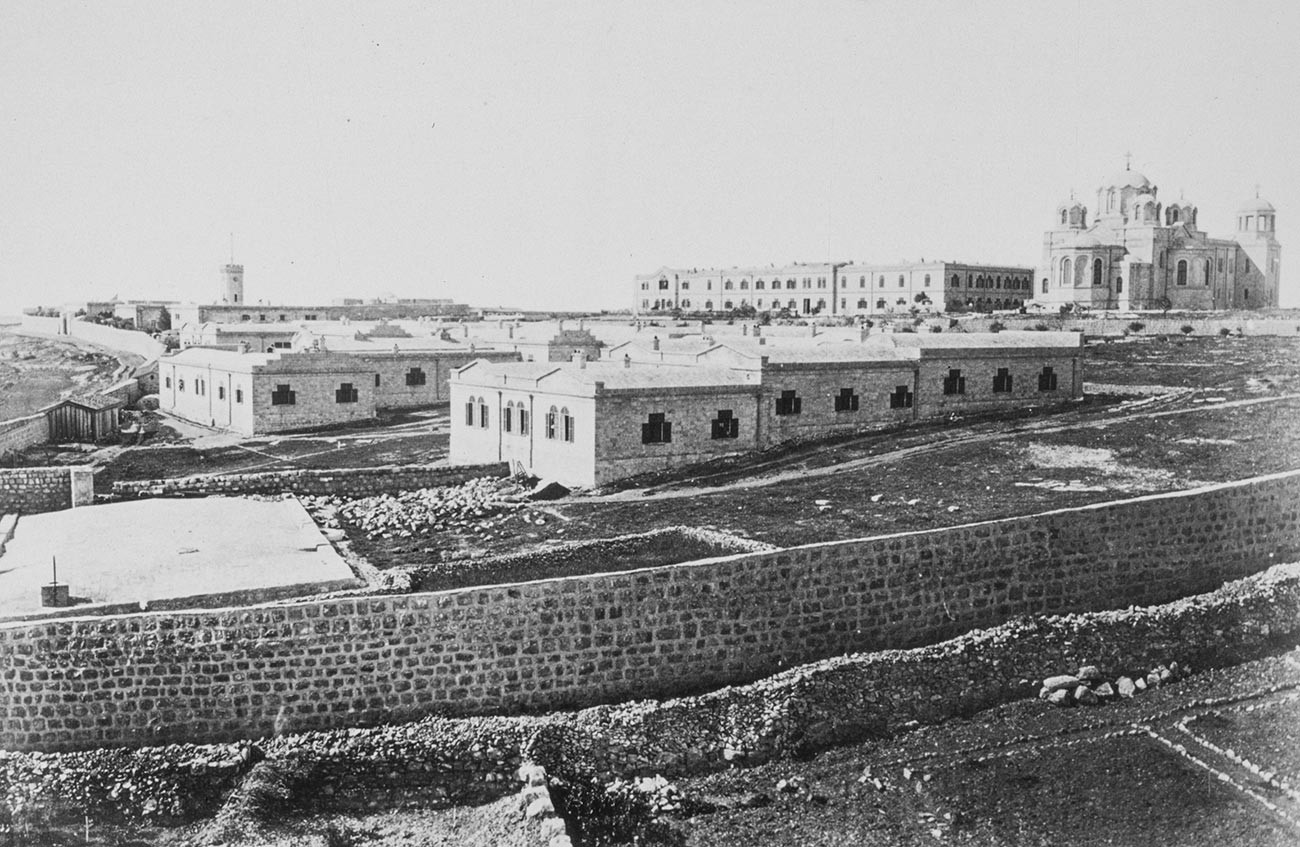 The year 1860 witnessed the formation of the Imperial Orthodox Palestine Society, which aimed to guide pilgrims from Russia. These pilgrimages were encouraged and subsidized by Alexander II. Over the next few years, under the patronage of the Tsar, property was bought outside the old city of Jerusalem and named the ‘Russian Compound’.

The centerpiece of the Russian Compound was the Holy Trinity Cathedral, which was consecrated in 1872. Reminiscent of the great cathedrals of St. Petersburg, the Holy Trinity’s main hall and aisles are a shade of blue with light pink accents and depict the pantheon of Orthodox saints. 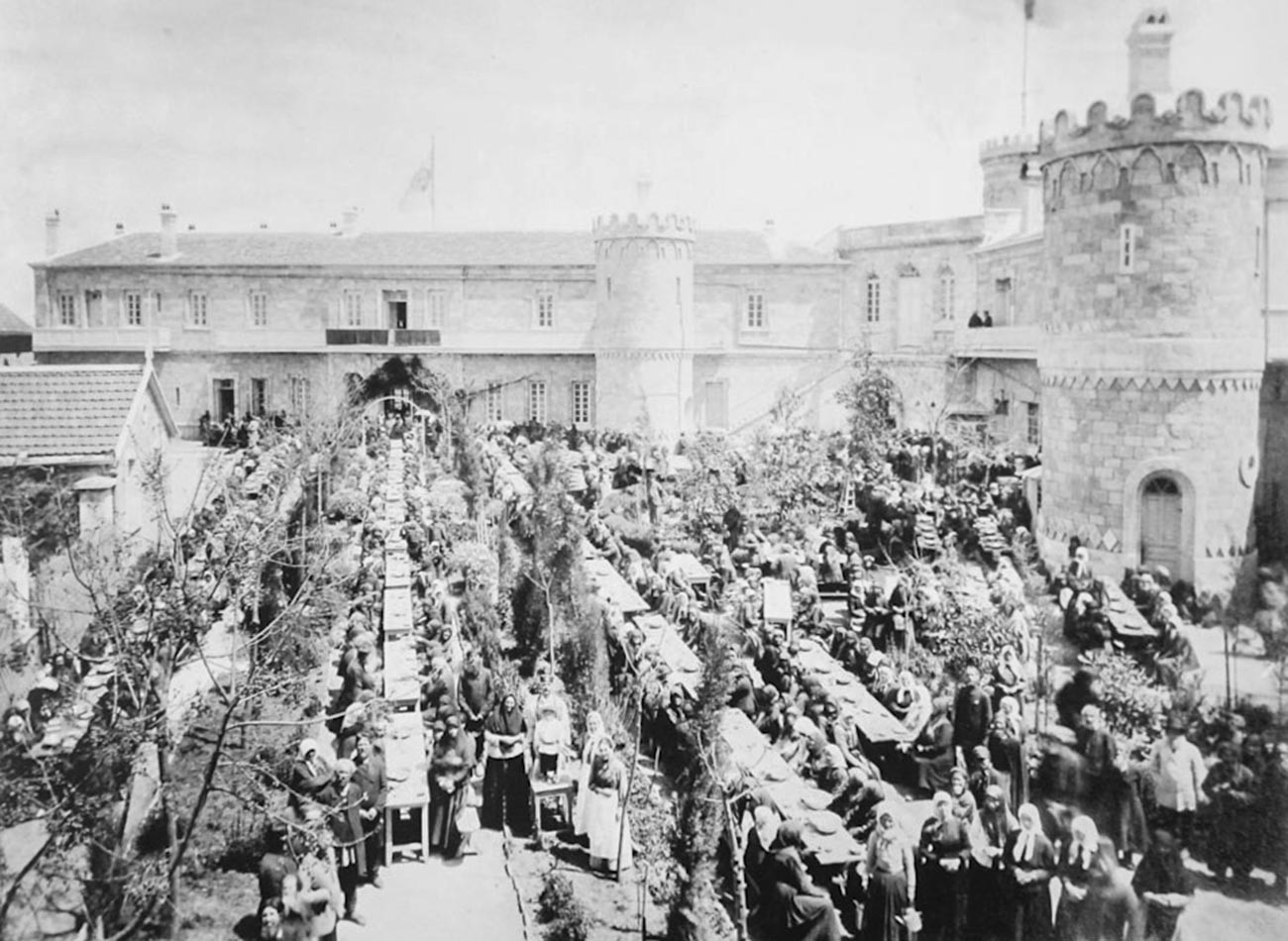 The Russian consulate was built fusing European characteristics and local construction techniques. However, the most important building in the compound after the main cathedral was known as the Duhovnia. It hosted the Russian Orthodox Church Mission, but was initially built as a hospice in 1863. The name translates as spiritual or ecclesiastical and the courtyard structure was built with its own chapel. 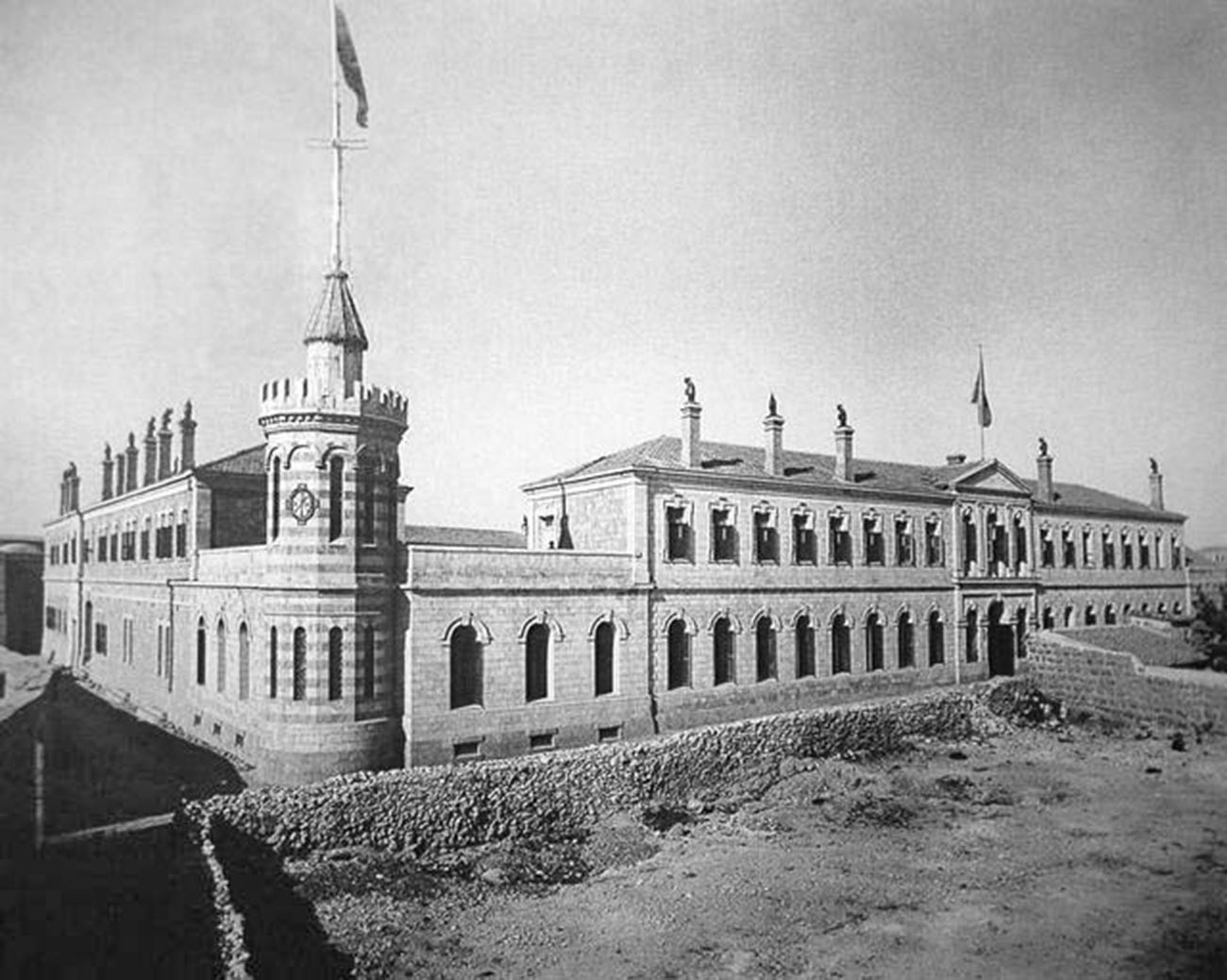 Sergei Courtyard of the Imperial Orthodox Palestine Society in Jerusalem,1889

Another impressive structure is the Sergei Courtyard (completed in 1889), named after Grand Duke Sergei, Tsar Alexander III’s brother. With a Renaissance-style imperial tower, the building served as a hospice for Russian aristocrats. 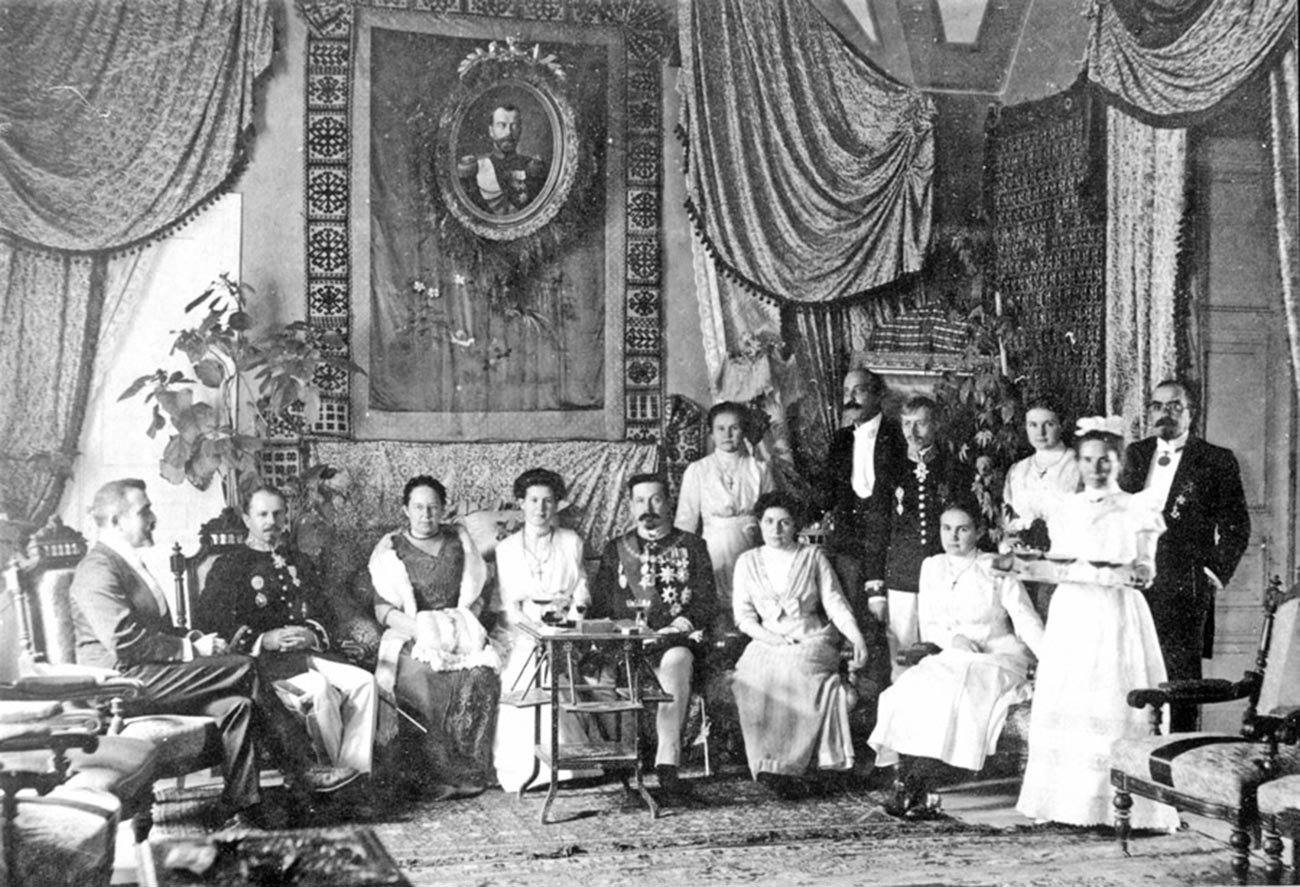 World War I and its impact

The Russian Compound continued to receive state patronage till the outbreak of World War I, when Russia and the Ottoman Empire found themselves on opposing sides. The Ottoman authorities were quick to expel the Russians in the compound after the war broke out. 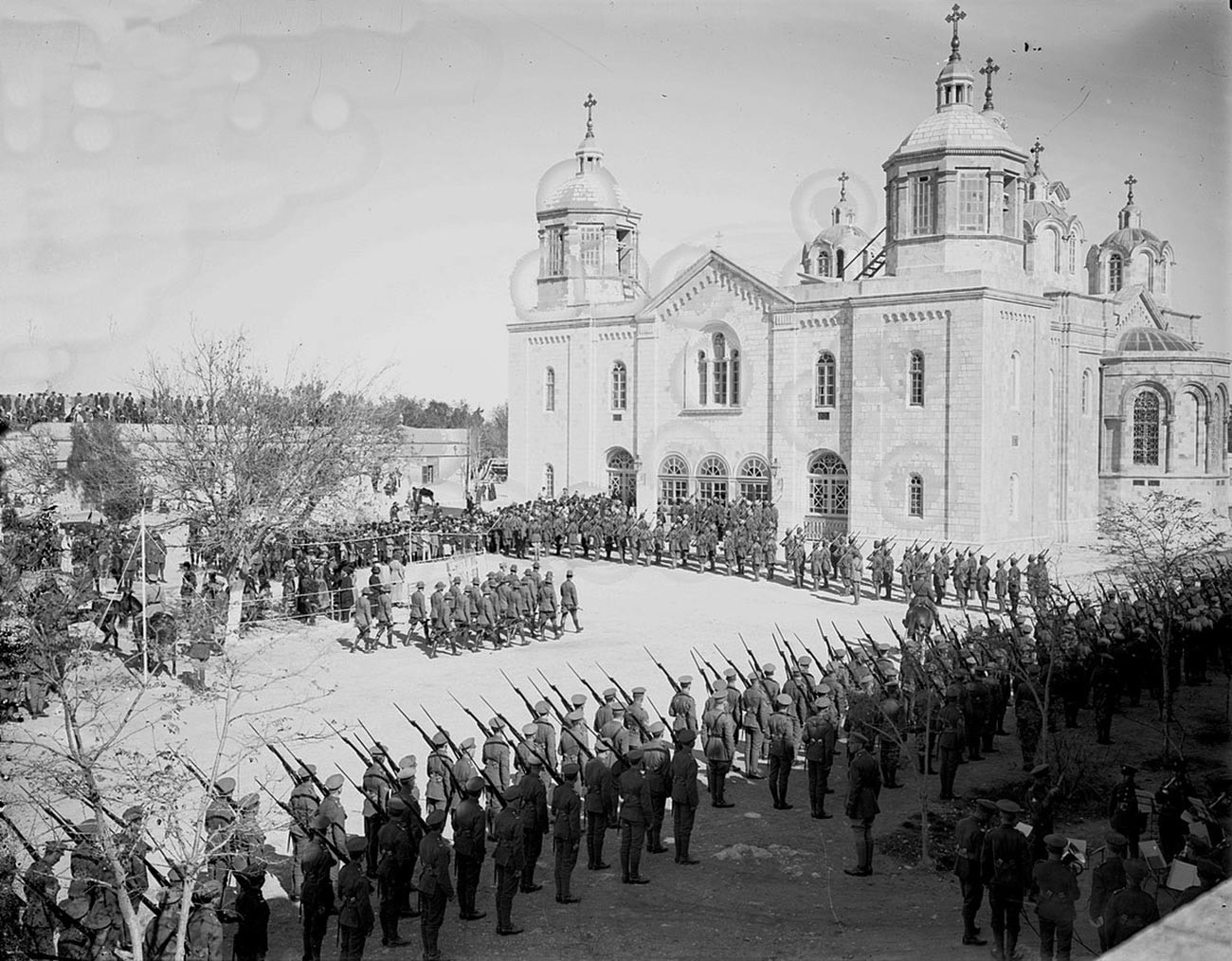 By 1918, the British had seized control of Palestine. The new rulers used the Russian Compound as one of the bases for the British Mandate. Over the next three decades, the compound hosted courthouses, prisons and government offices. 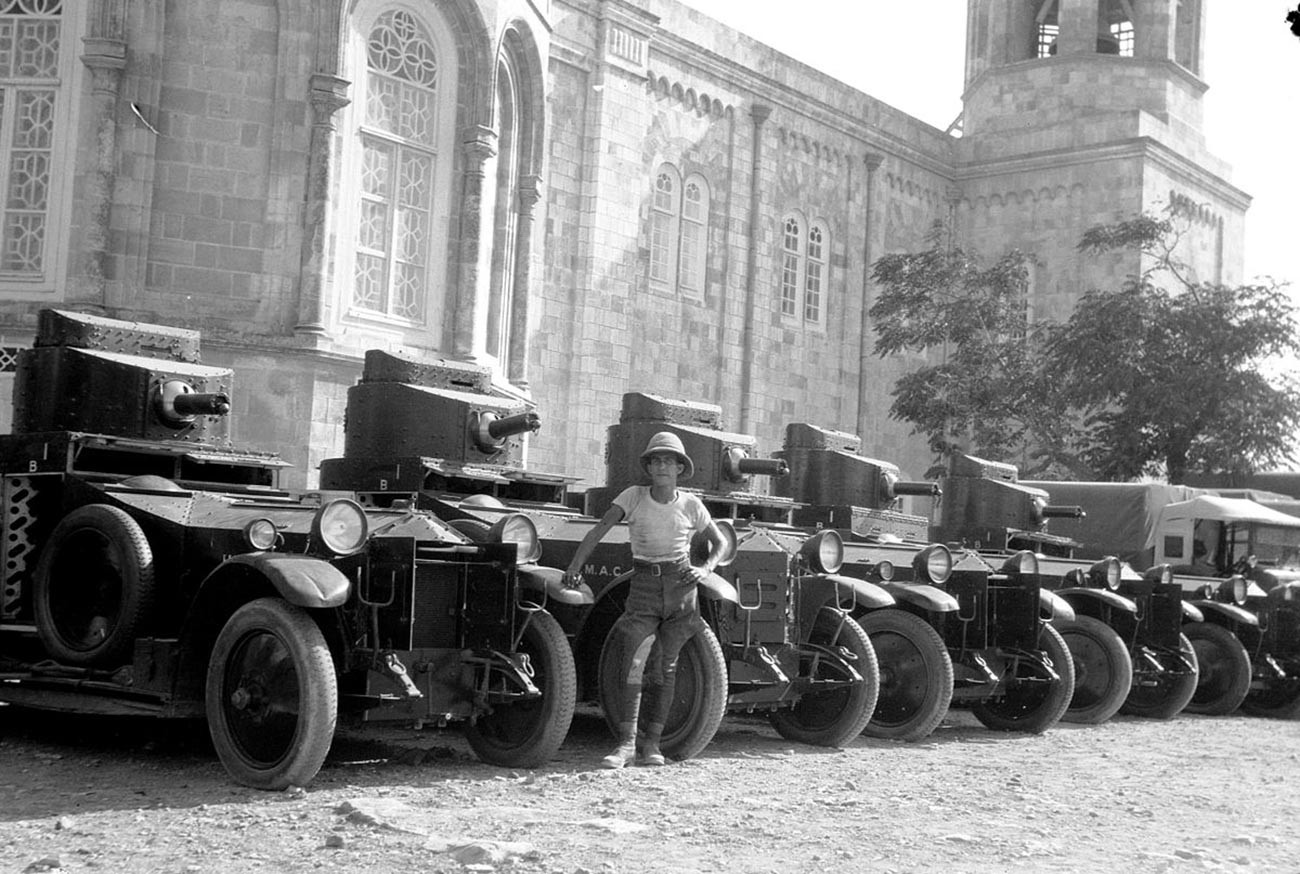 The compound and nearby streets were subsequently turned into a central security zone and had a barbed wire fence. Cynical Palestinian Jews called the area ‘Bevingrad’, a combination of the name of British Foreign Secretary Ernest Bevin (who denied entry of Holocaust survivors to Palestine) and Stalingrad (for the way the city held fort during World War II).

The compound was captured by Jewish paramilitary during the 1947-49 Palestine War. The Israeli authorities decided to return all Russian property in the country to the Soviet Union, after the latter recognized the state of Israel. 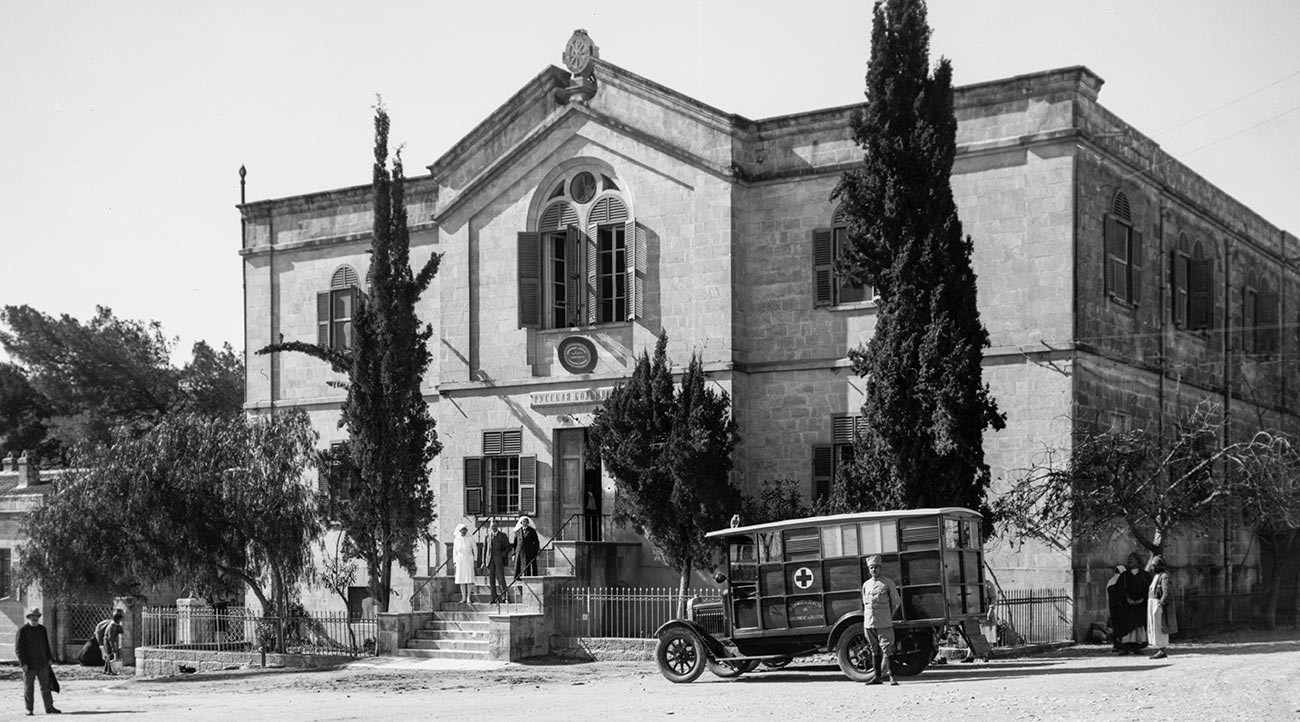 Newer Jerusalem and suburbs. The Municipal Hospital in Russian Compound

The Soviet Union placed little value on what would go on to become one of the most expensive areas in the Middle East. With religion being frowned upon in the USSR, the authorities saw little significance in keeping the compound and, hence, the exchange of this important and historic territory for mere oranges.

The Israeli government found the same use for the compound as the British. The Duhovnia now hosts Jerusalem’s lower courts and a magistrate court. 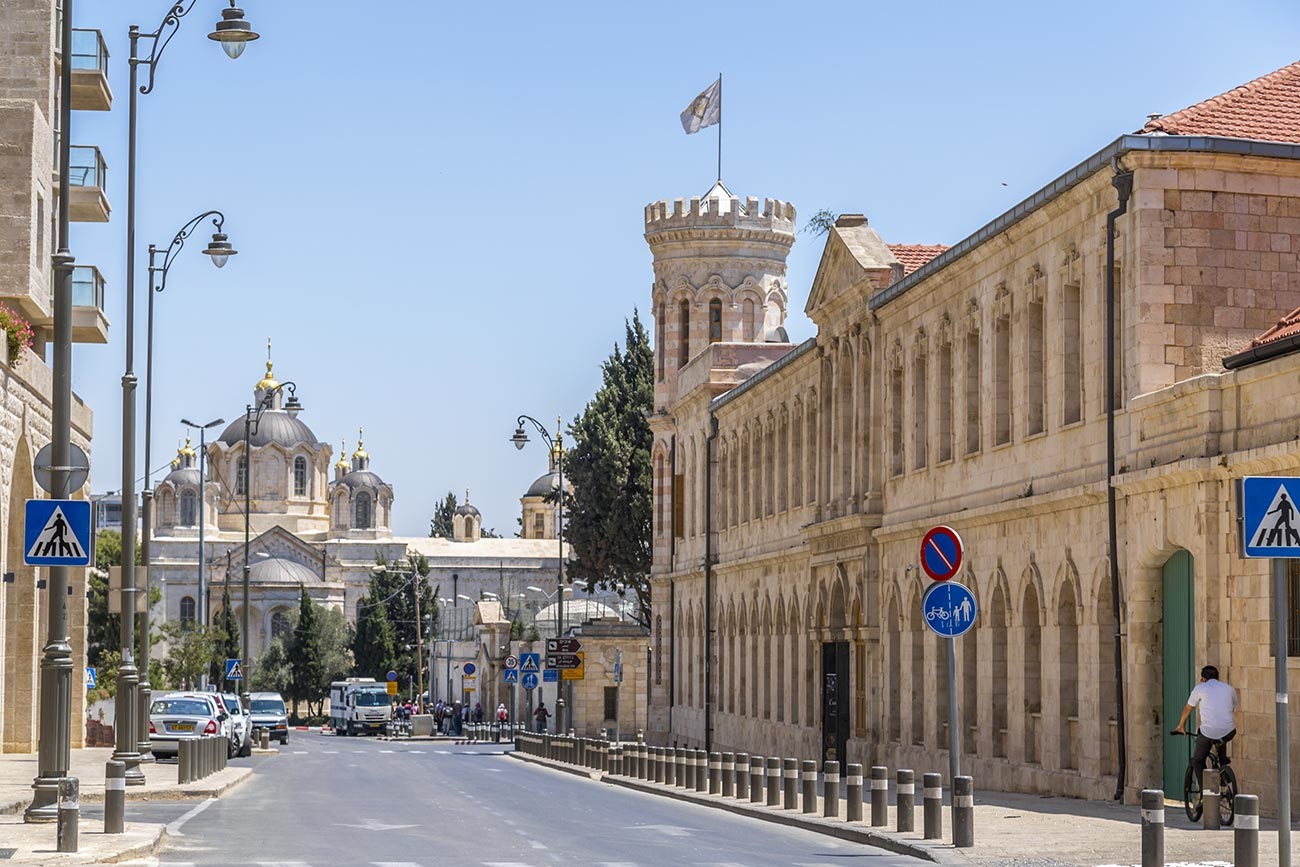 A miniscule Russian presence remained in the compound after the 1964 sale, with the Imperial Orthodox Palestine Society keeping an office there. In the Cold War era, Israeli intelligence viewed the society with a great deal of suspicion and media reports hinted that the members were actually KGB agents.

Russian Jewish immigrants to Israel also used to frequent the restaurants and bars in the area, which had nightclubs with names such as ‘Glasnost’ and a more recent ‘Putin’. The compound will soon host a new state of the art campus of the Bezalel Academy of Arts and Design. 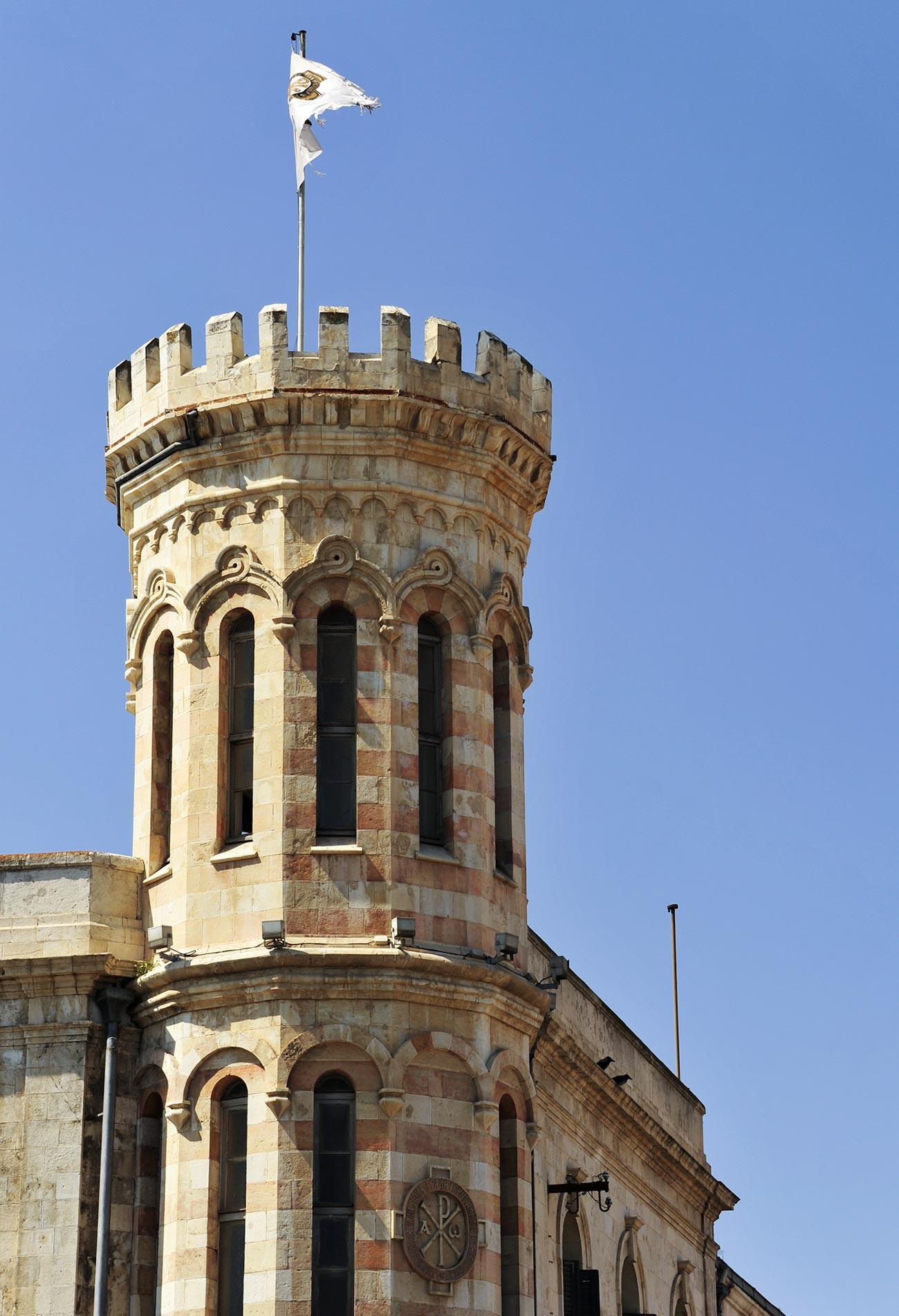 In 2008, Israel agreed to give the Sergei Courtyard back to Russia.  Over the decades, it has served as offices for various Israeli ministries. The Russian government has announced plans to use the courtyard for its original purpose – which is to serve pilgrims. Moscow has also requested more land and property in the compound but it’s unlikely that the asking price will be Jaffa oranges.