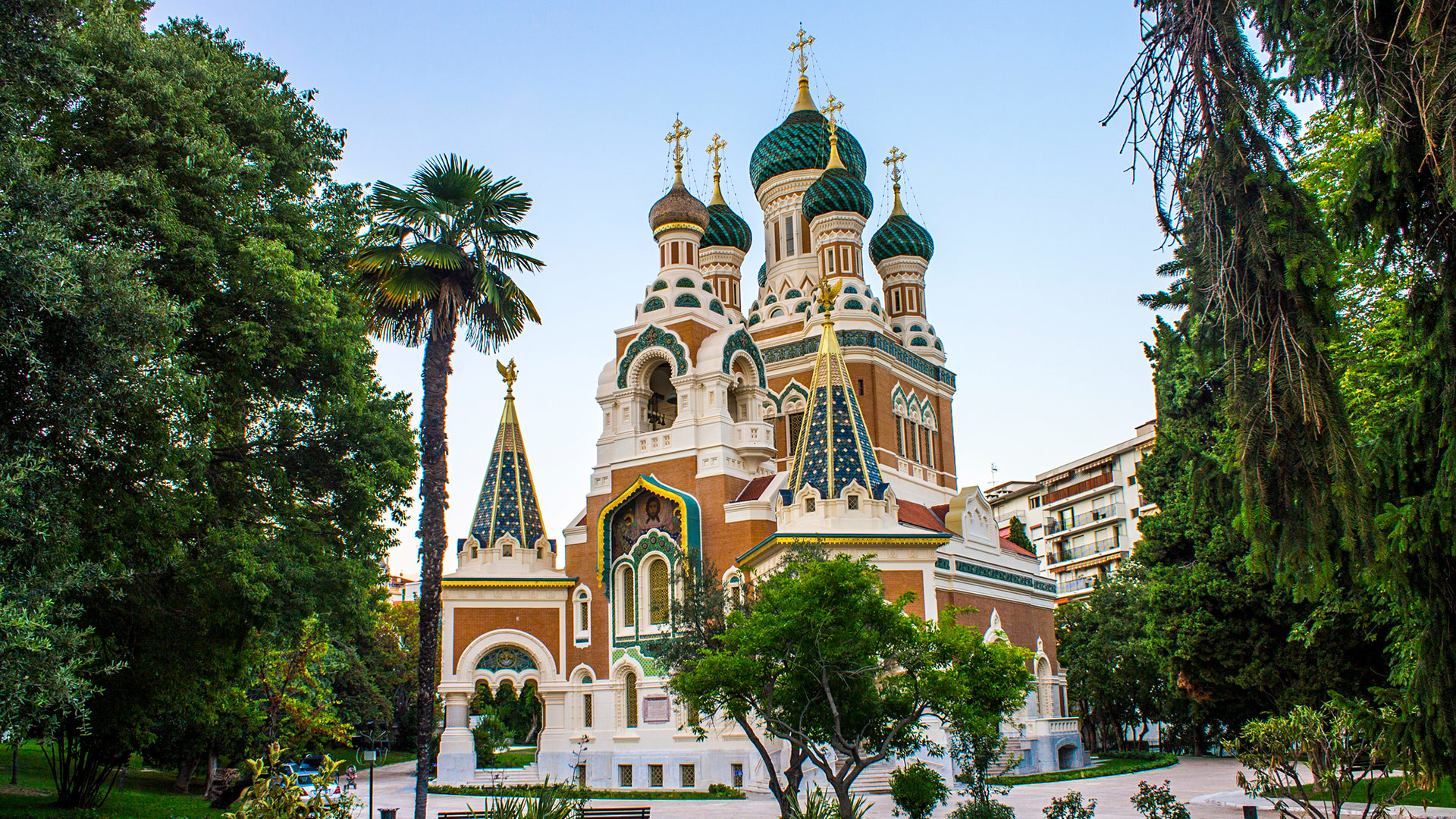 Legion Media
Scattered around the world, Russian Orthodox churches are not just places for prayer, but also a perfect opportunity to get acquainted with Russian culture and history.

1. The Cathedral of the Protection of the Most Holy Mother of God (Melbourne, Australia) 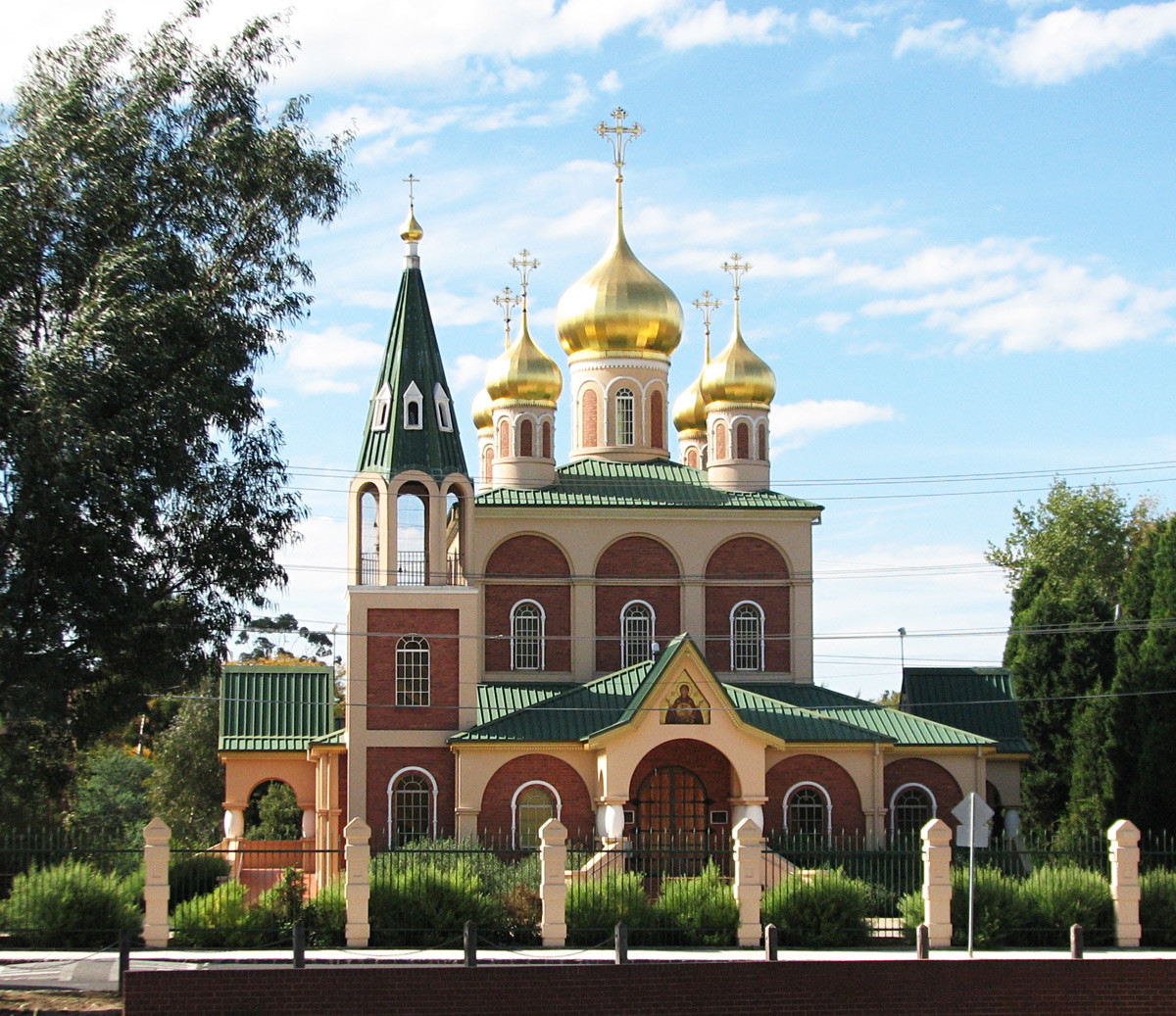 More than 4,000 members are listed in the congregation of this Cathedral. Apart from Russian immigrants in Melbourne, followers of other Orthodox Churches: Greeks, Macedonians, Serbs and Bulgarians, also often attend its services. 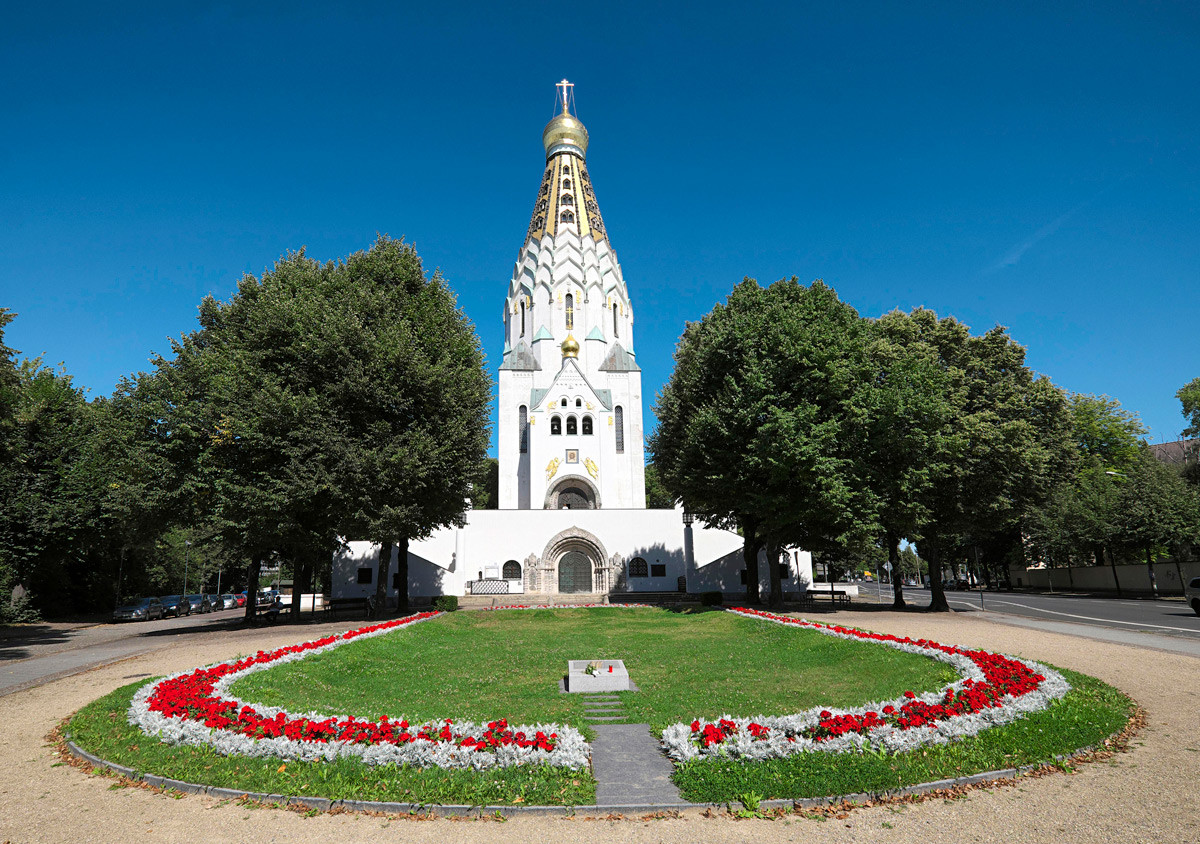 The Russian Memorial Church was erected in 1913 to commemorate the approximately 130,000 Russians who fought for Germany's liberation against Napoleon in the Battle of the Nations near Leipzig in 1813. 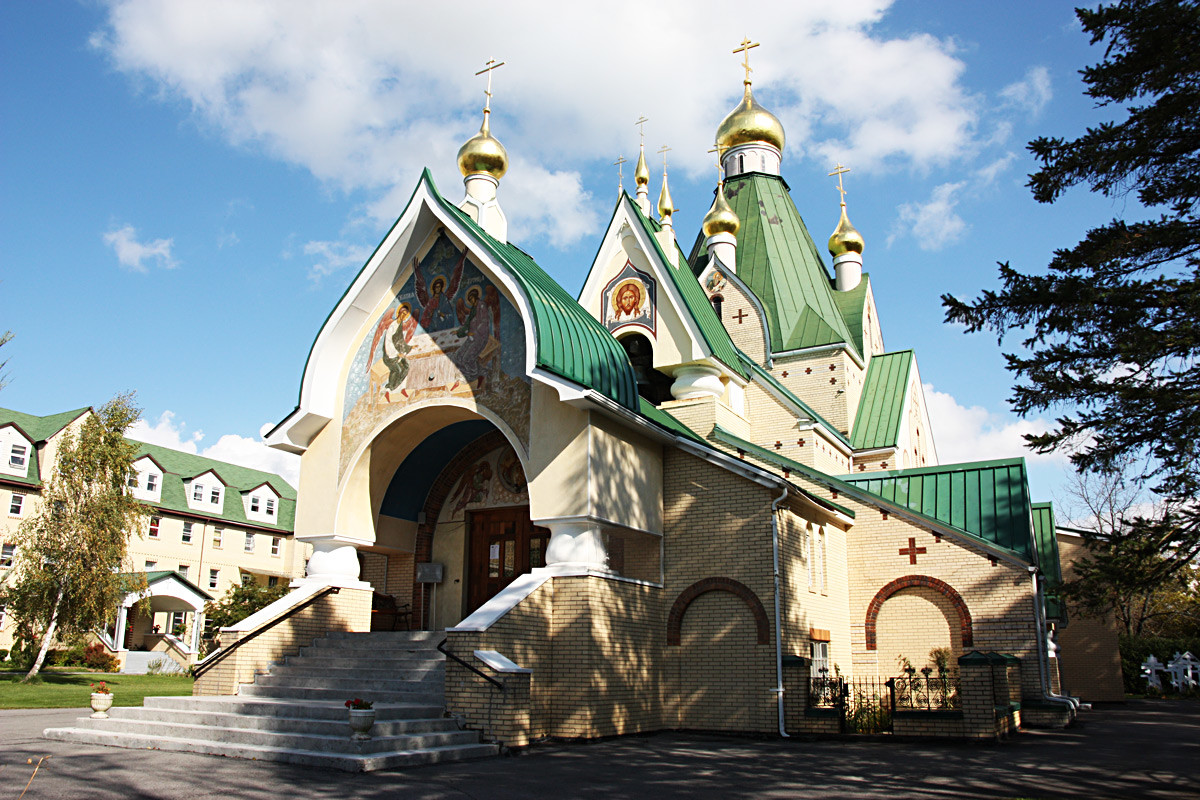 Built in 1929, this is the oldest and largest Russian Orthodox monastery in the USA. Considered one of the main spiritual centers of Russian Orthodoxy in the West, its incorporates the Holy Trinity Orthodox Seminary, a publishing house, an icon painting workshop and a museum. 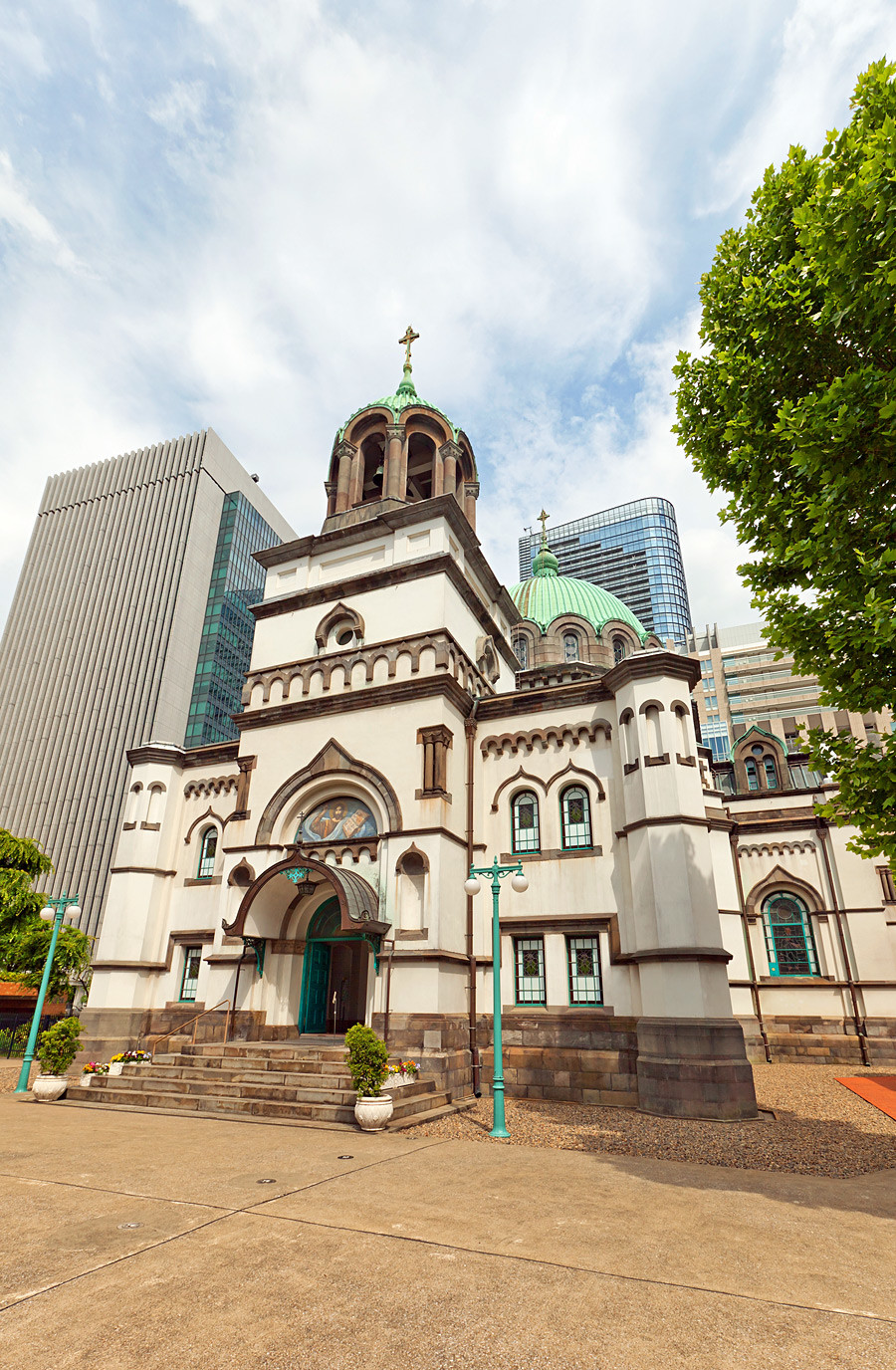 The Cathedral was seriously damaged during the 1923 Great Kantō earthquake: the belltower and the western entrance were destroyed, all wooden structures were burnt in the ensuing fire, in which bells and silverware melted in the heat. Repairs and renovation took place slowly over 70 years until a major restoration program was completed in the early 1990s. 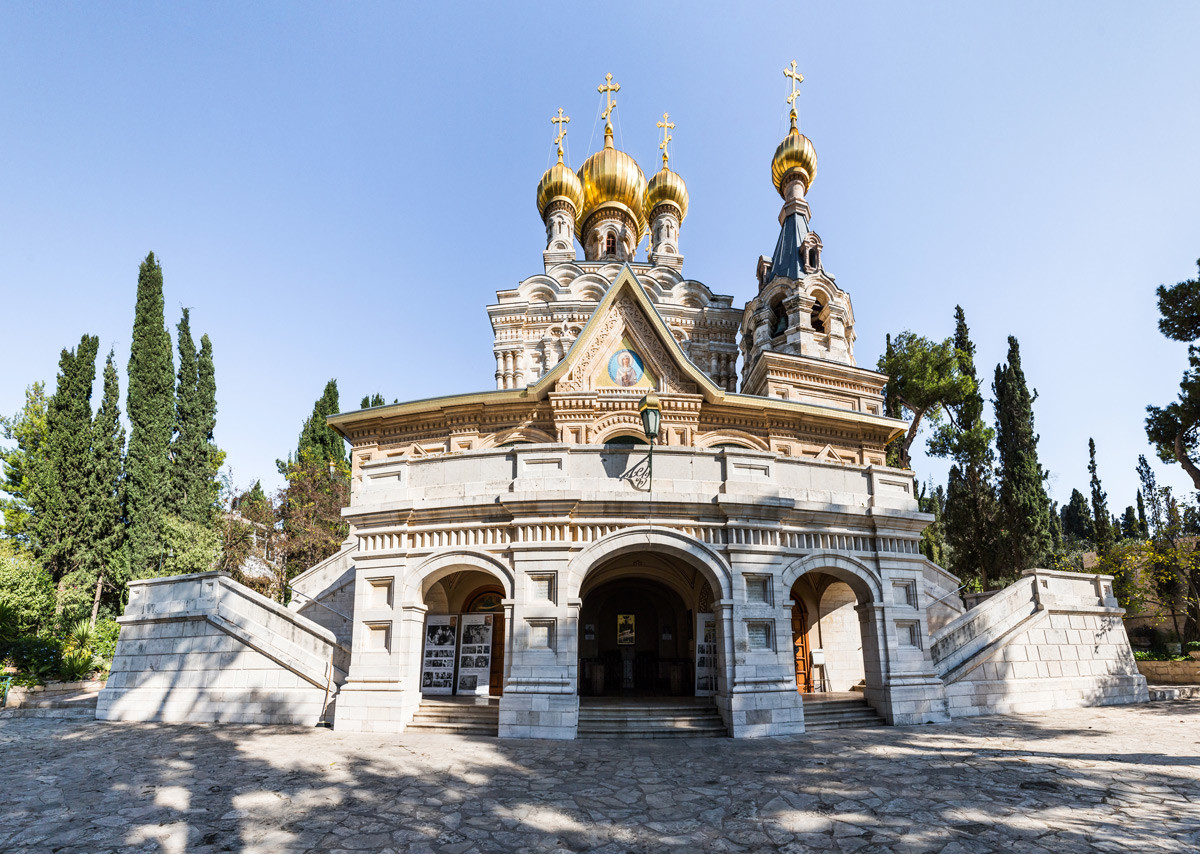 The Church was founded in 1881 to commemorate Russian Empress Maria Alexandrovna. Construction expenses were completely covered by her children: Emperor Alexander III, his four brothers and a sister, also named Maria Alexandrovna. 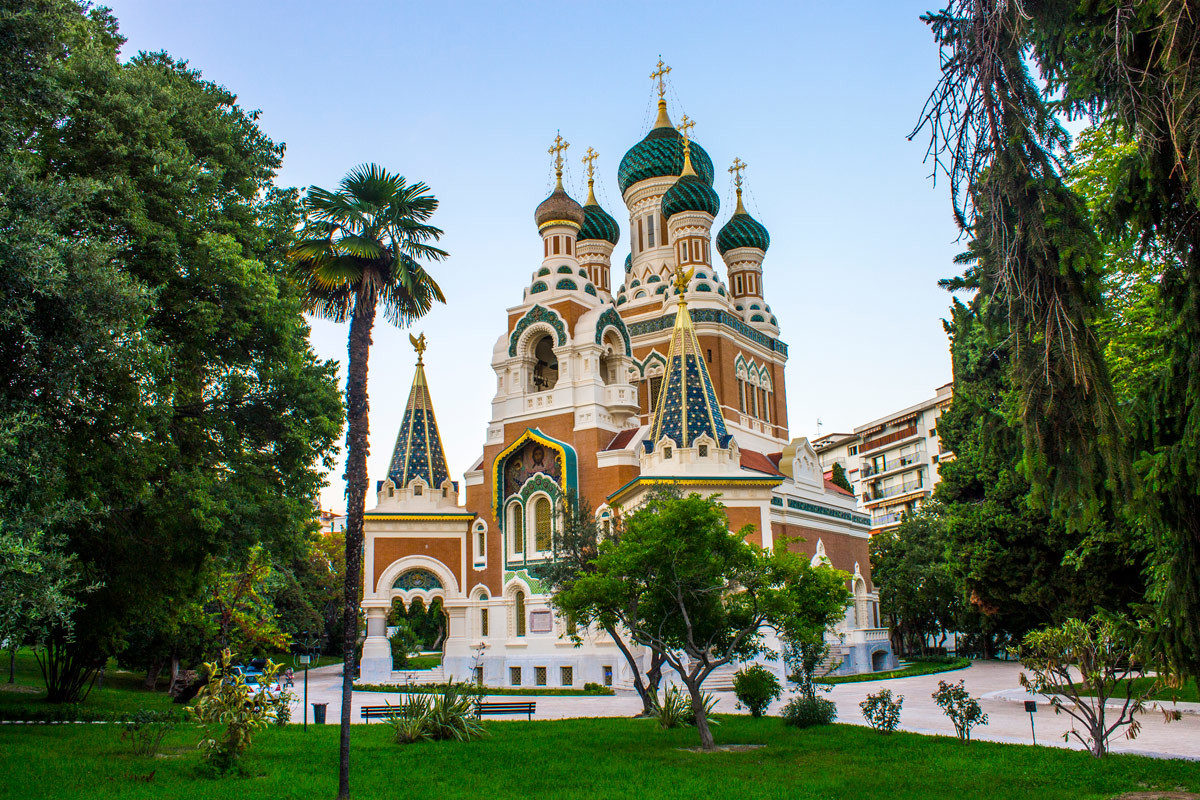 One of the main attractions of the southern French city of Nice, the St. Nicholas Orthodox Cathedral is believed to be the largest Eastern Orthodox cathedral in Western Europe. 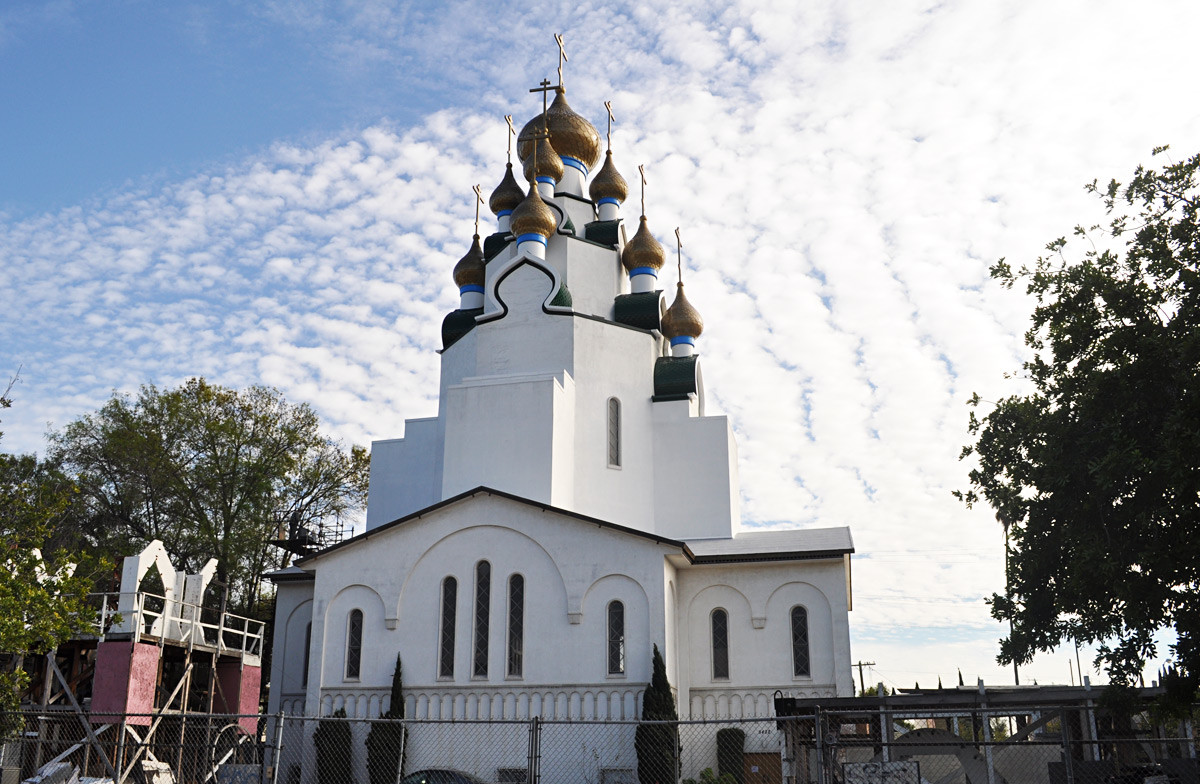 Located in Hollywood, the Cathedral serves not only local Russians, but also the numerous Russian actors who comes to Tinseltown to appear in movies. 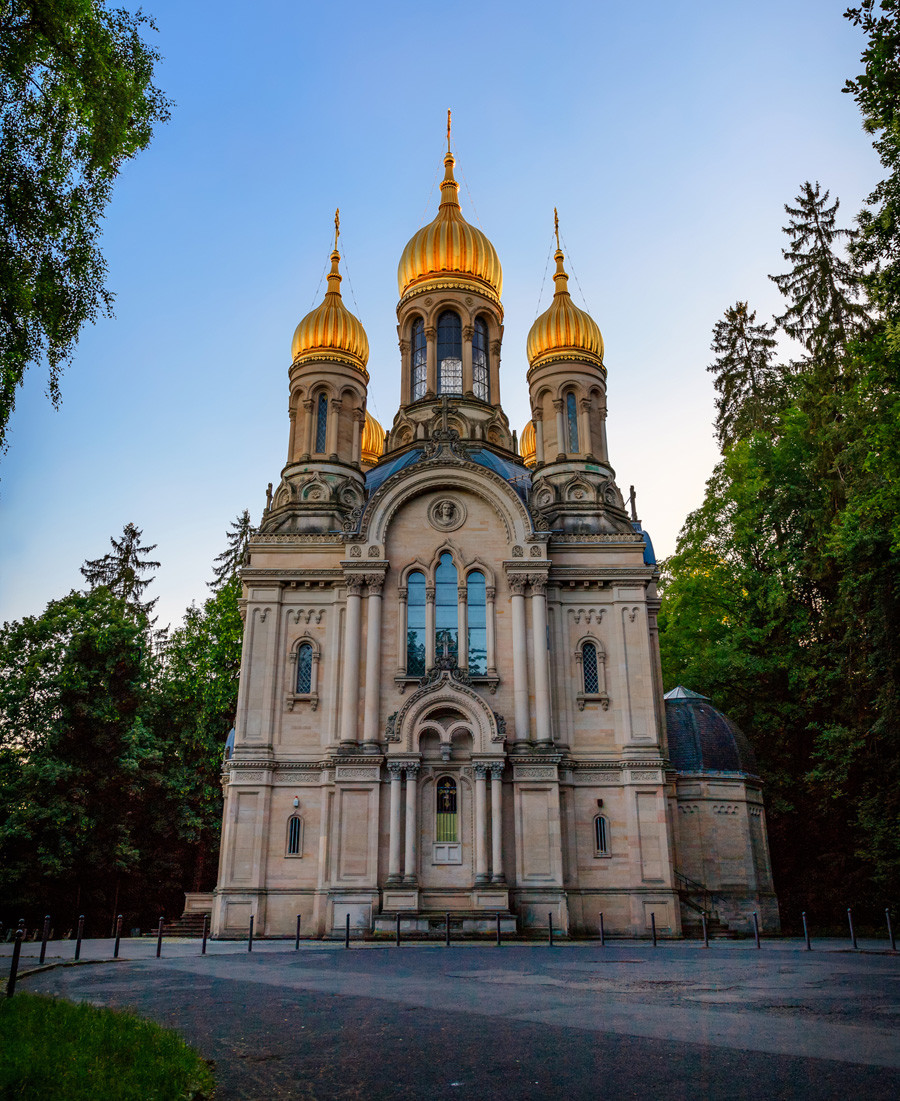 Russian Emperor Nicholas II loved to attend this Church with his family during their frequent visits to Germany. Today, this is home to the largest Russian Orthodox cemetery in Europe (not including parts of the former Russian Empire). 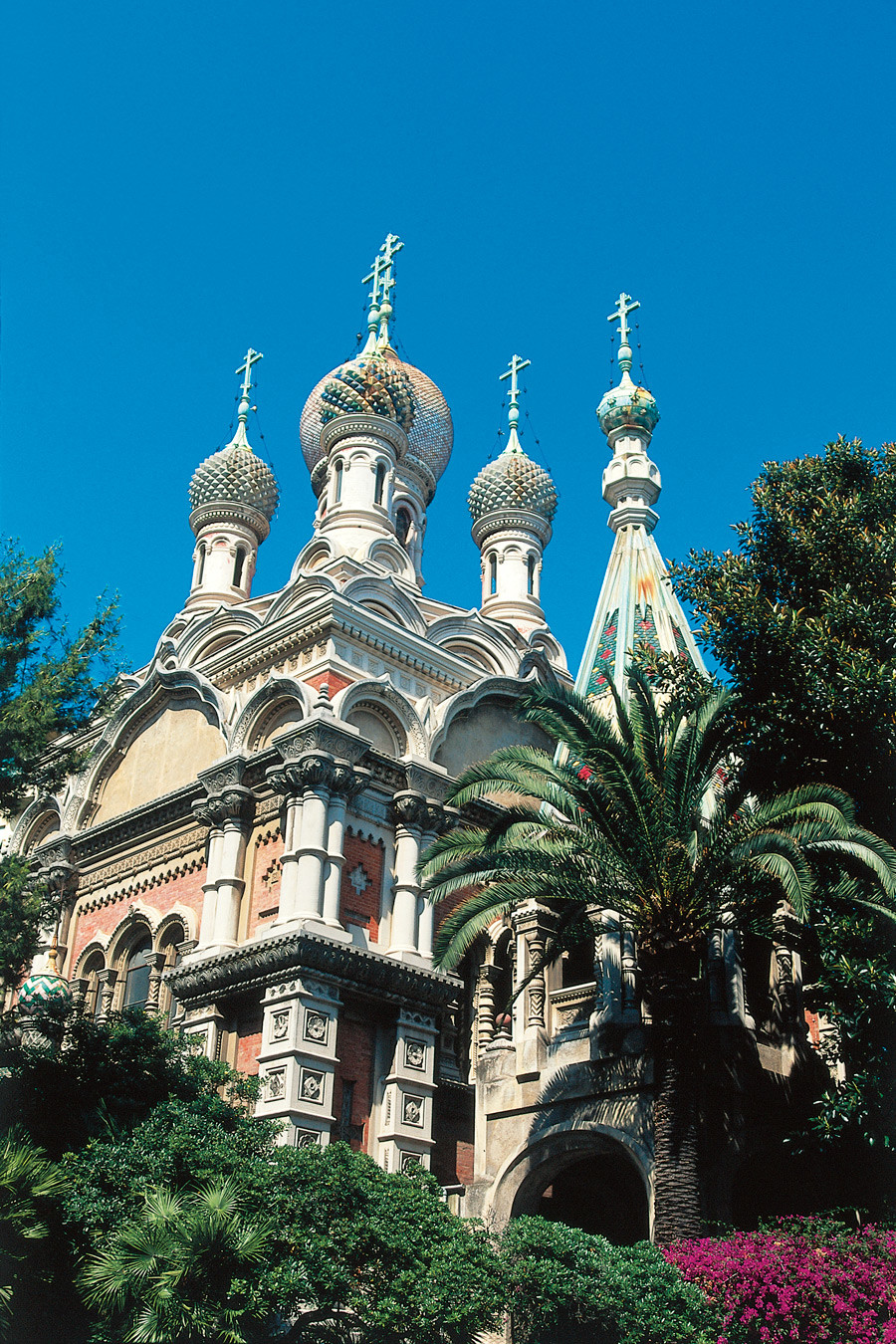 Since its foundation in 1912, the church had been a bone of contention between the Ecumenical Patriarchate of Constantinople and the Russian Orthodox Church. In January 2019, it was decided that the Church of Christ the Saviour would be administered by the latter. 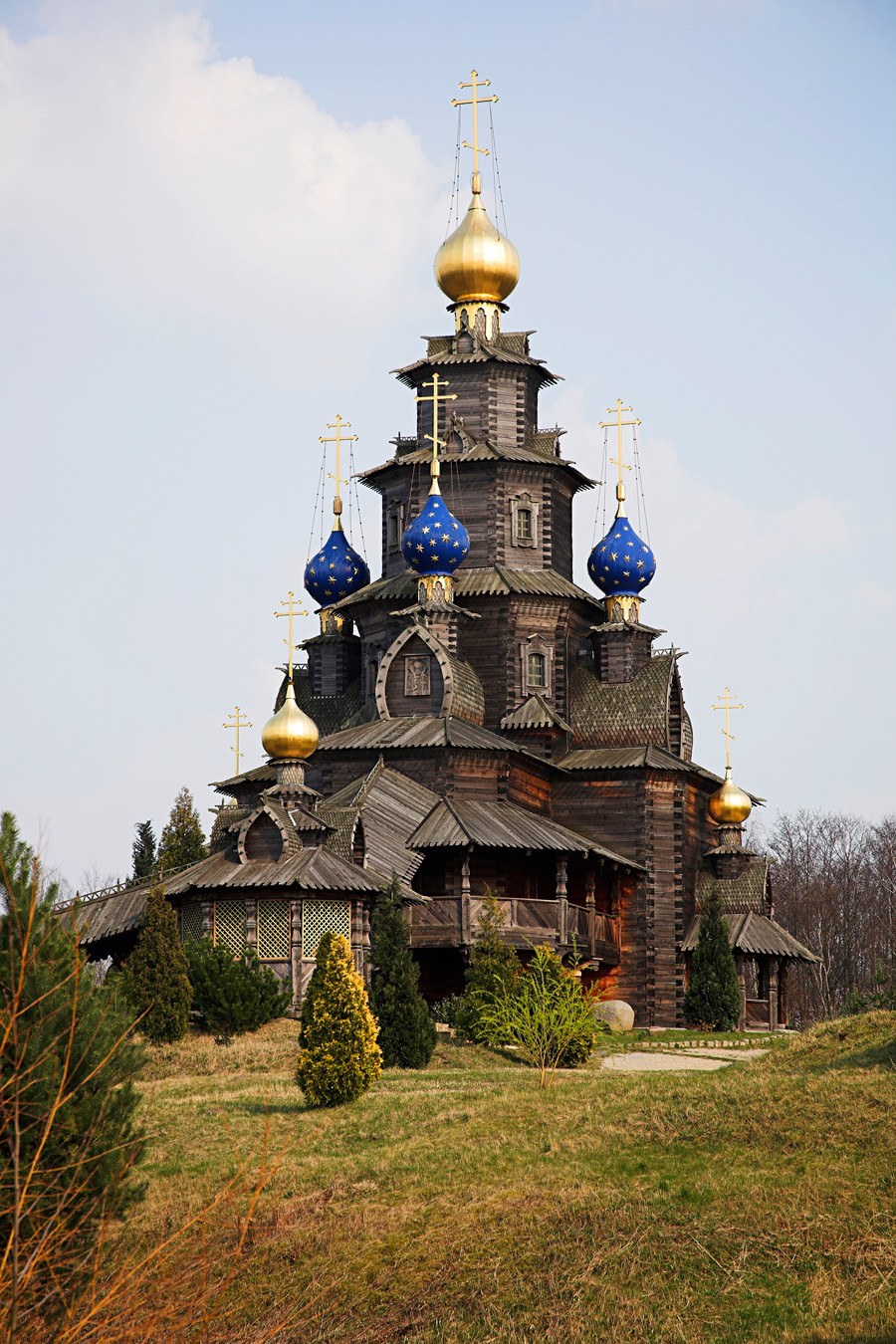 Built in 1994, this wooden church is a copy of the Church of the Transfiguration, located in Suzdal, over 150 miles from Moscow. Made out of larch, it is nearly 90 feet high and has eight cupolas, some of which are covered with gold. 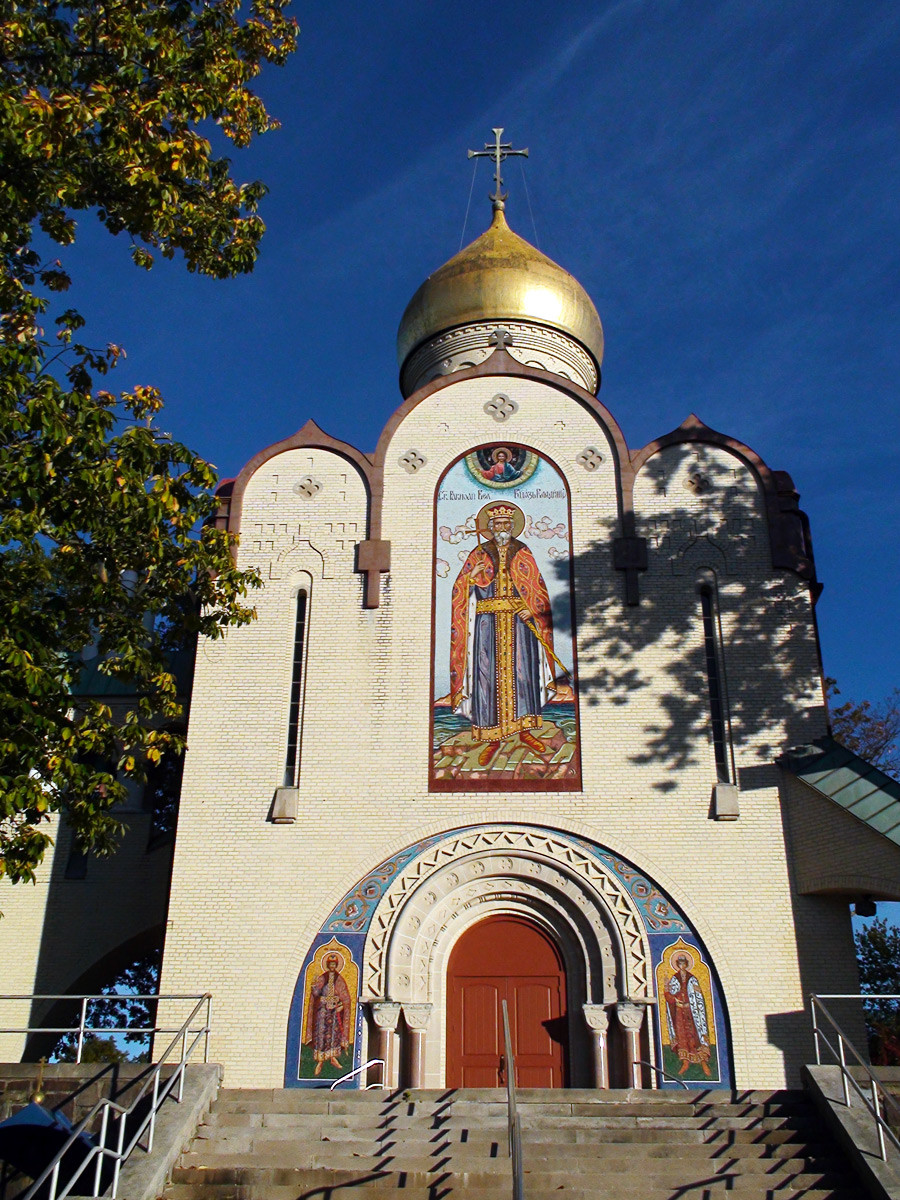 The idea to build this Cathedral came in 1938 during celebrations of the 950th anniversary of the adoption of Christinianity by Kievan Rus’. Construction work, however, started only in 1948 and took almost 40 years. 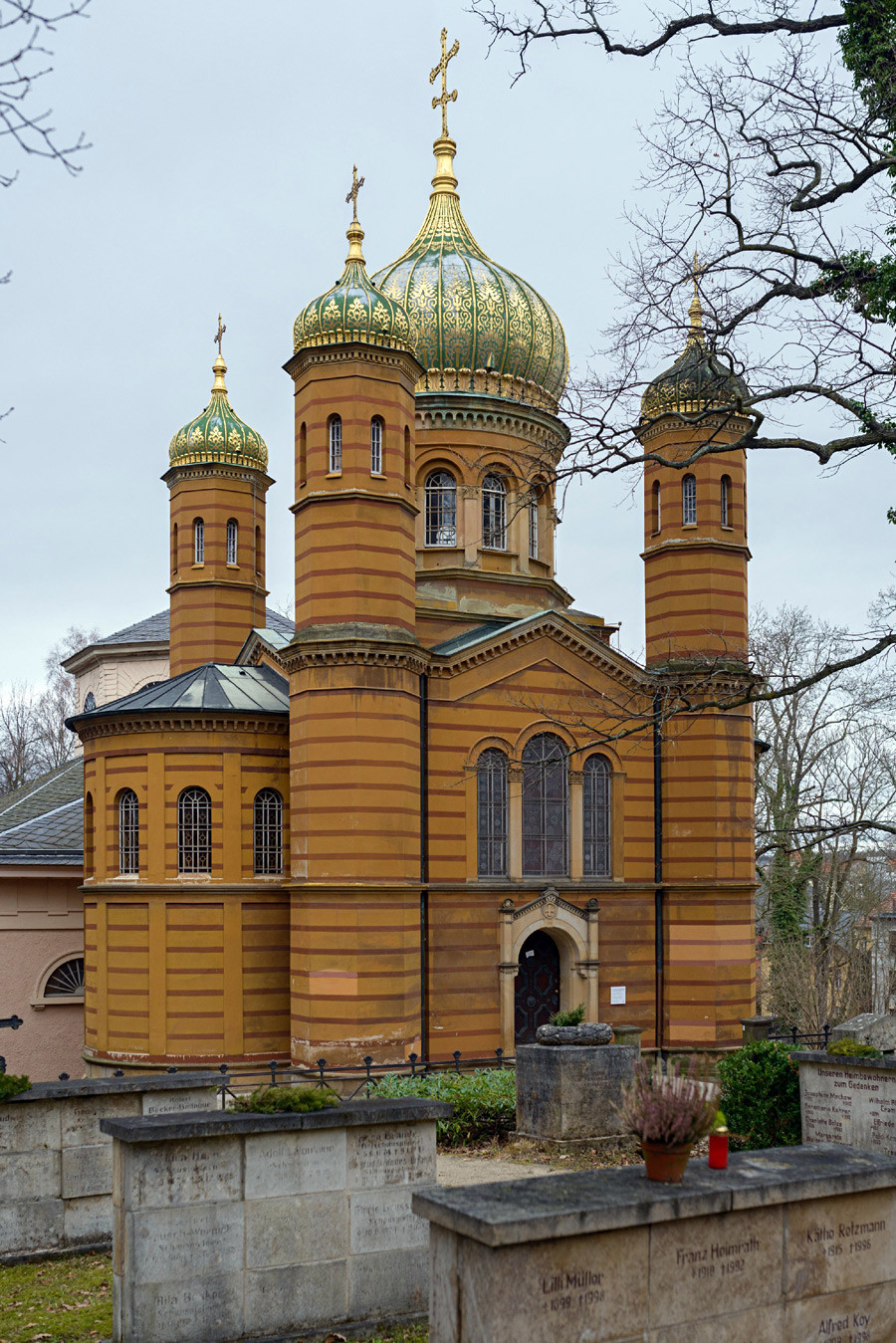 The Church was often visited by Johann Wolfgang von Goethe, who expressed an interest in Russian icon painting and church singing. Grand Duchess Maria Pavlovna of Russia, a daughter of the Emperor Paul I and a wife of the Grand Duke of Saxe-Weimar-Eisenach Charles Frederick, is buried here. 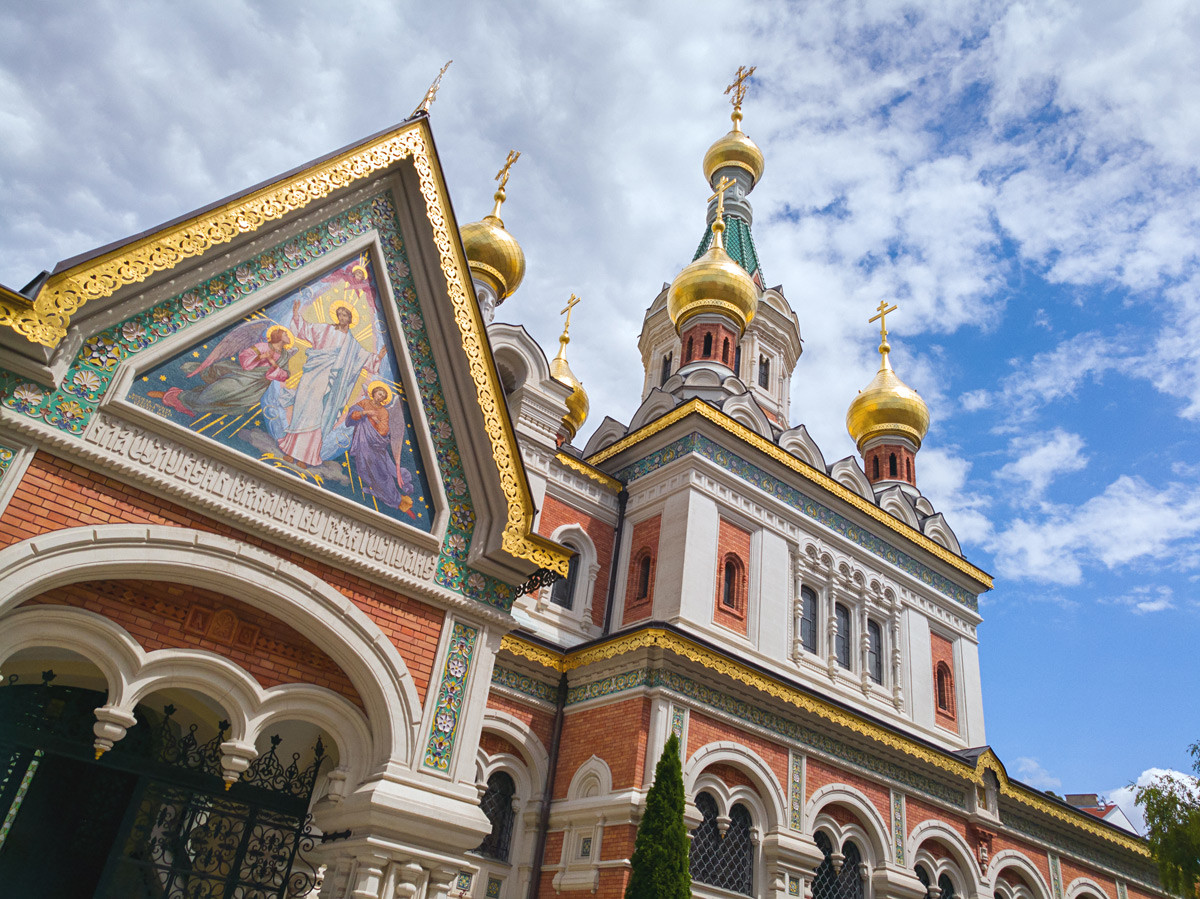 After the Red Army liberated Vienna in April 1945, it gifted the Cathedral 2,645 lbs of trophy copper, which was later used to make its largest bell.

14. Church of the Nativity (Florence, Italy) 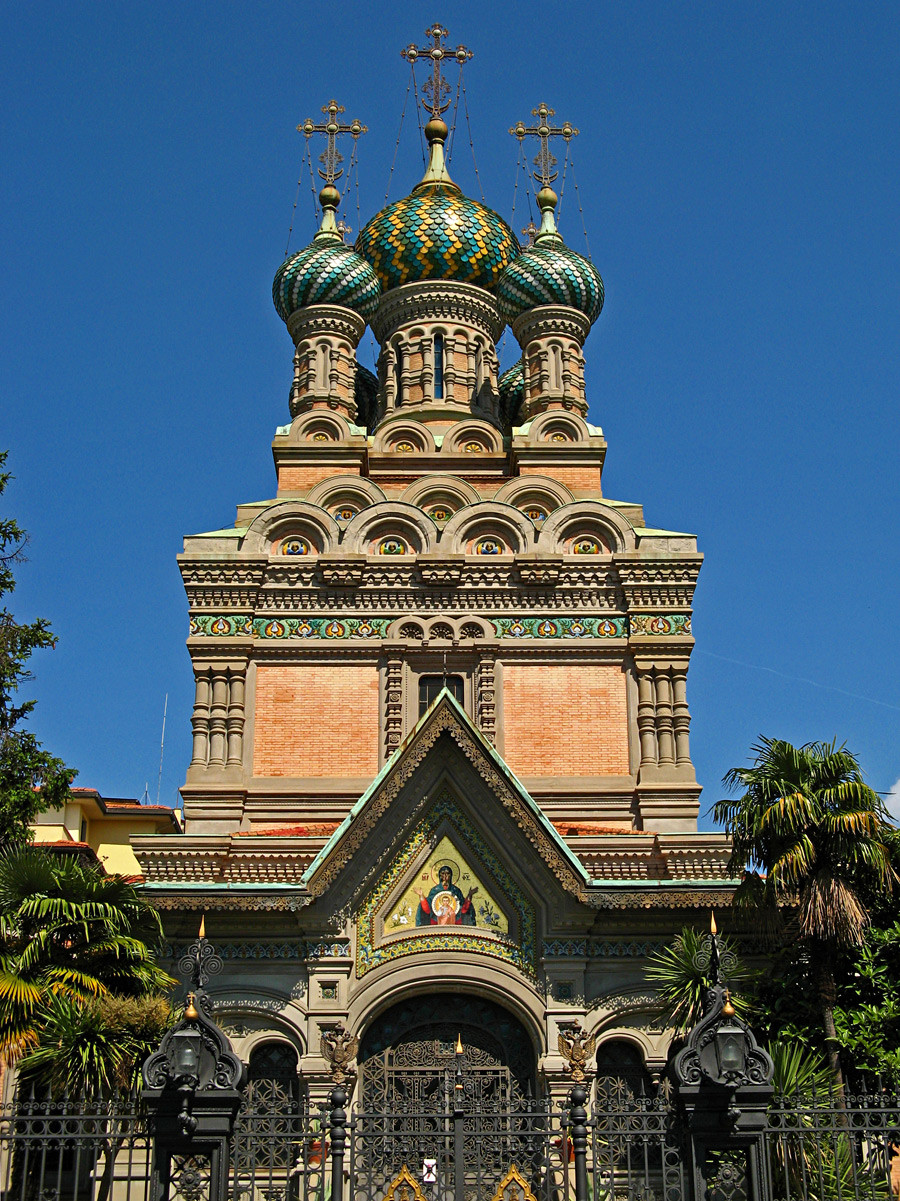 For eleven years, 1925-1936, the Church was a temporary tomb for the Greek royal family in exile: Constantine I of Greece, his mother queen Olga Constantinovna of Russia and his widow Sophia of Prussia. 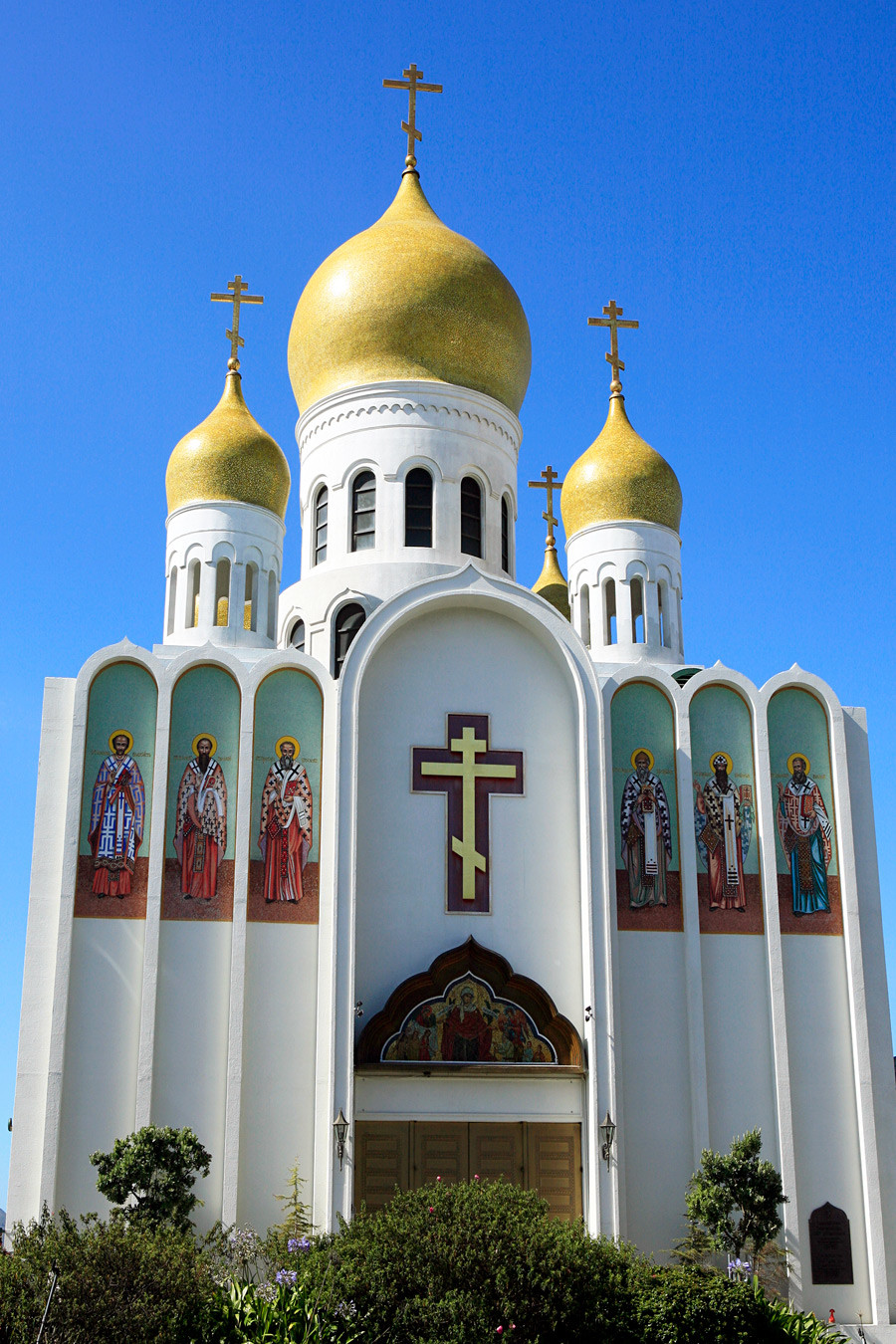 One of the largest Russian Orthodox cathedrals in the world, it is the center of Russian Orthodoxy on the American west coast and often hosts important religions events and meetings of high-ranking members of the clergy. 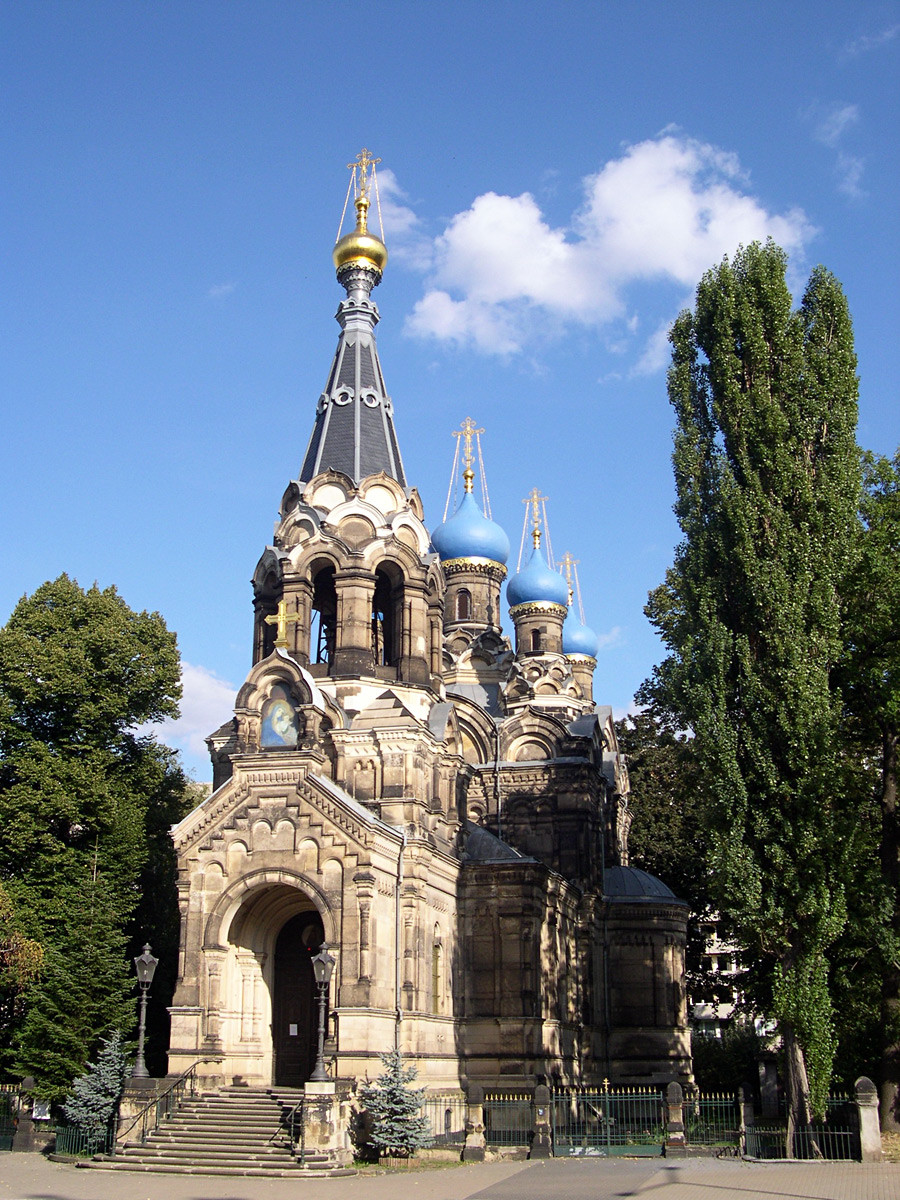 The Church is connected to many prominent figures of Russian culture and history. Among its parishioners were founder of Collectivist anarchism Mikhail Bakunin and Russian writer Ivan Turgenev. Famous Russian politician from the 1900s Pyotr Stolypin and Lyubov Dosotyevskaya, a second daughter of the famous writer, were baptized here.