15 of the most amazing Romanov palaces in Russia

Travel
Boris Egorov
Legion Media
If St. Petersburg amazes tourists with its spectacular western-style palaces, Moscow can offer more traditionally Russian ones, which you won’t find anywhere outside the country. 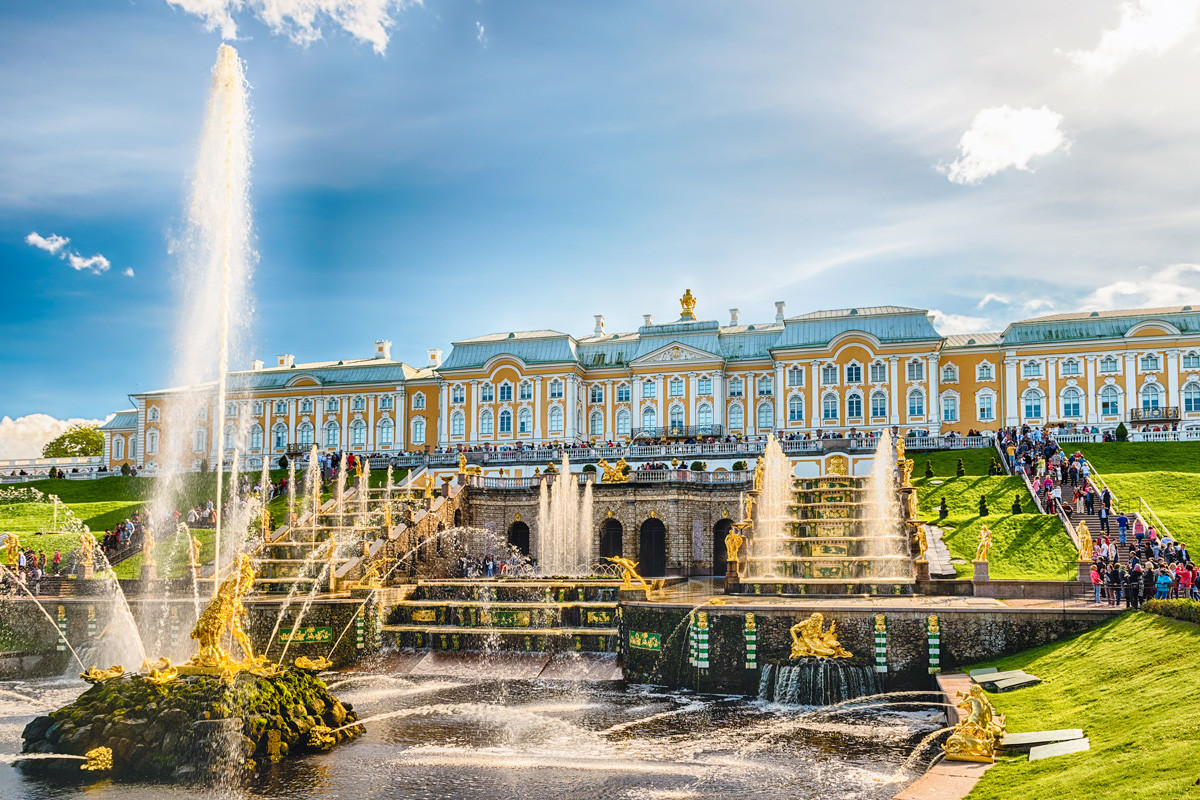 The Grand Peterhof Palace is a true gem of Peterhof, a complex of palaces and gardens near St. Petersburg. Here, in Peterhof, known also as “the Russian Versailles,” Russian Emperors had their country residence. Nowadays, the palace is a museum, which contains over 3,500 exhibits: paintings, porcelain, fabrics, furniture, and personal belongings of the Russian rulers. The Peterhof complex also consists of several minor palaces. In one of them - the Farm Palace - the first elevator in Russia was installed. 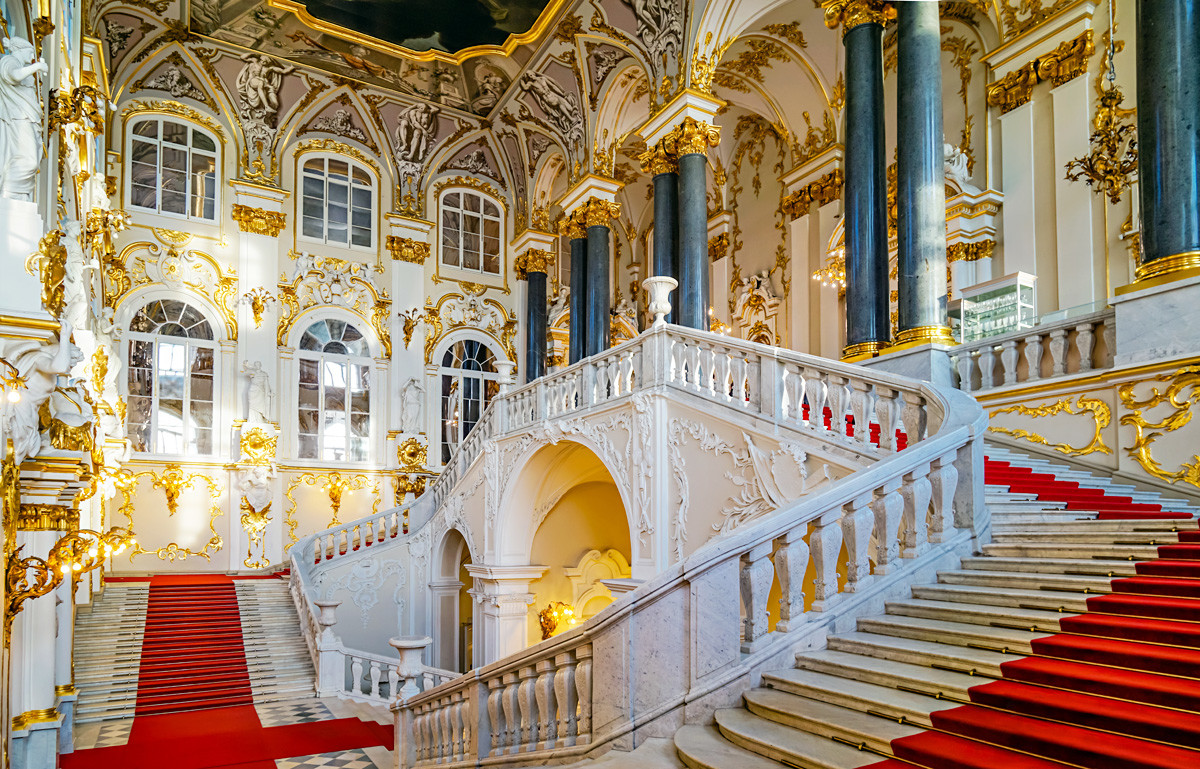 The main residence of the Russian Emperors, the Winter Palace impresses by its sheer vastness. It has 1,057 rooms, 1,786 doors, 1,945 windows and 117 staircases. Its halls are decorated with 176 sculptures. Today, the Winter Palace is the main home to the Hermitage Museum. Within its wall visitors may find millions of exhibits from the prehistoric era to our days, including well-known works by Leonardo da Vinci, Henri Matisse and Rembrandt. 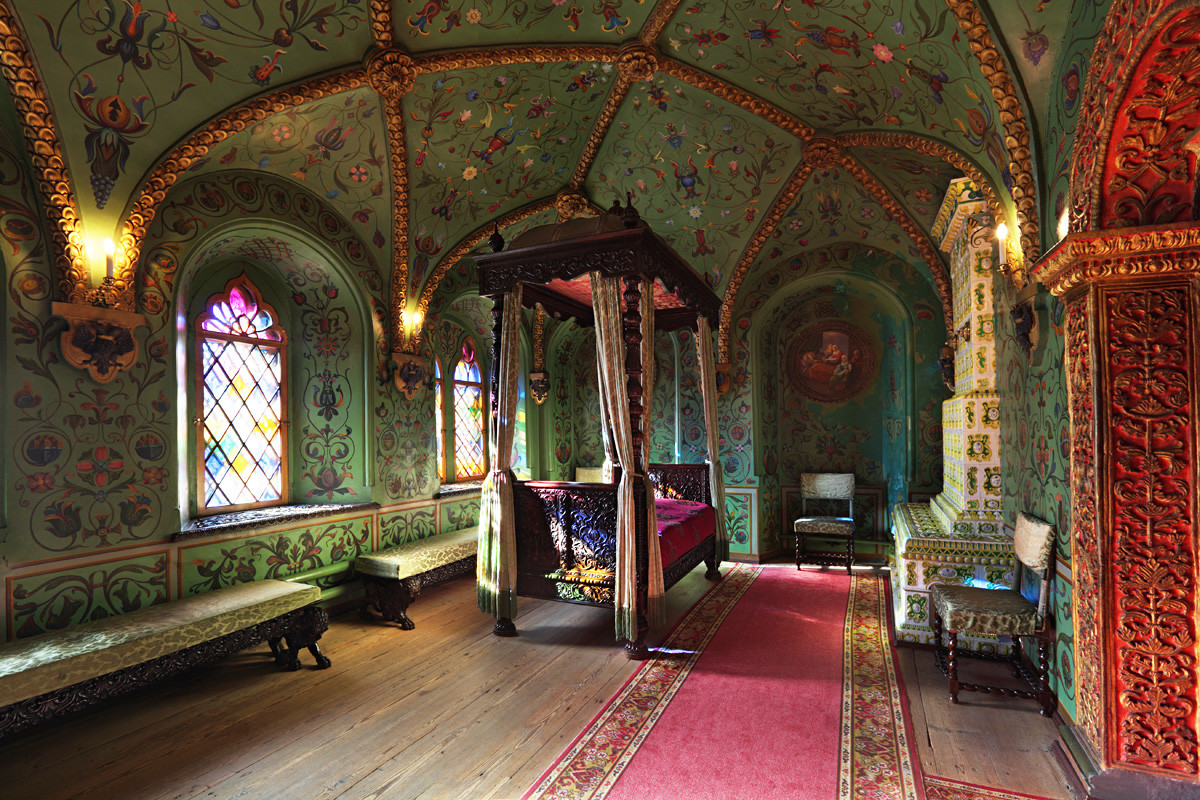 Built in 1636, the Terem Palace in the Moscow Kremlin combines elements of Italian and ancient Russian architecture. The interior walls were decorated with bizarre ornaments and heraldic patterns and drawings on biblical themes. Although the original decorations have not been preserved, a 19th century restoration was tastefully carried out with all respect to the 17th century style. 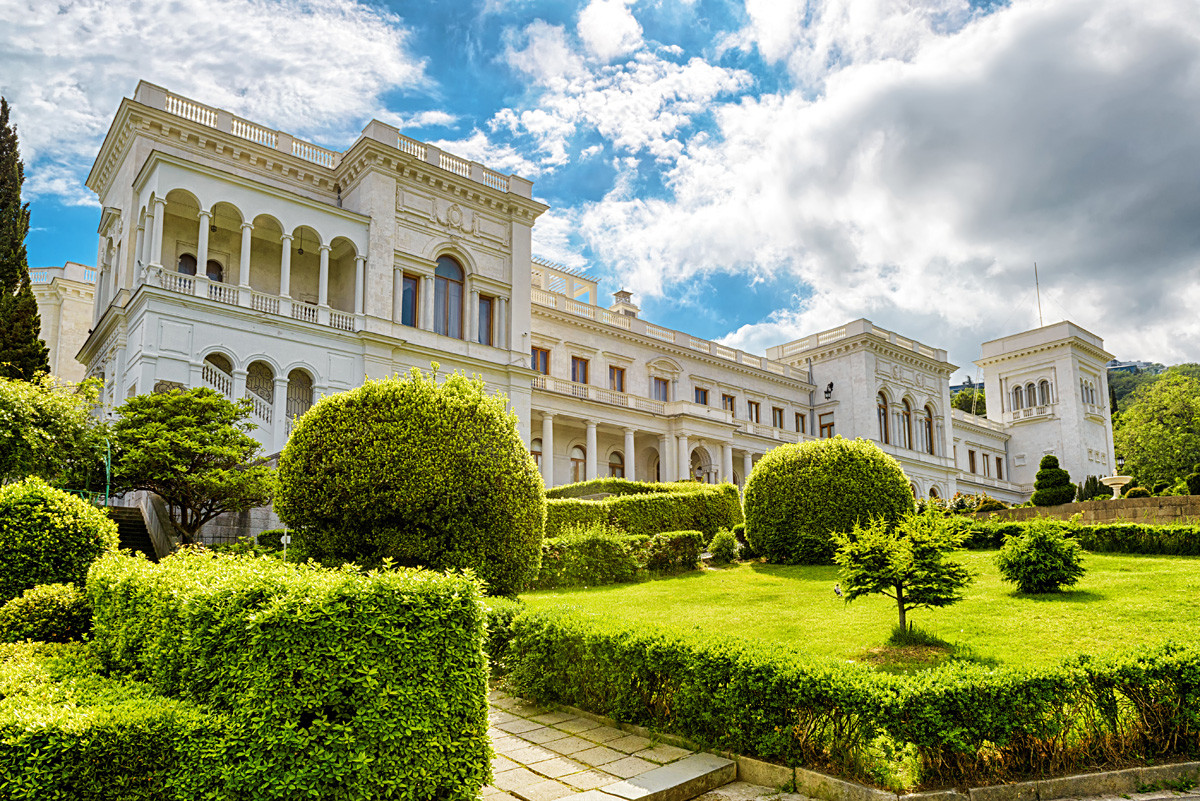 The southern residence of the royal family, the Livadia Palace became known to the whole world when Stalin, Roosevelt and Churchill met there in February 1945 for the Yalta Conference, where the post-war shape of Europe was discussed. 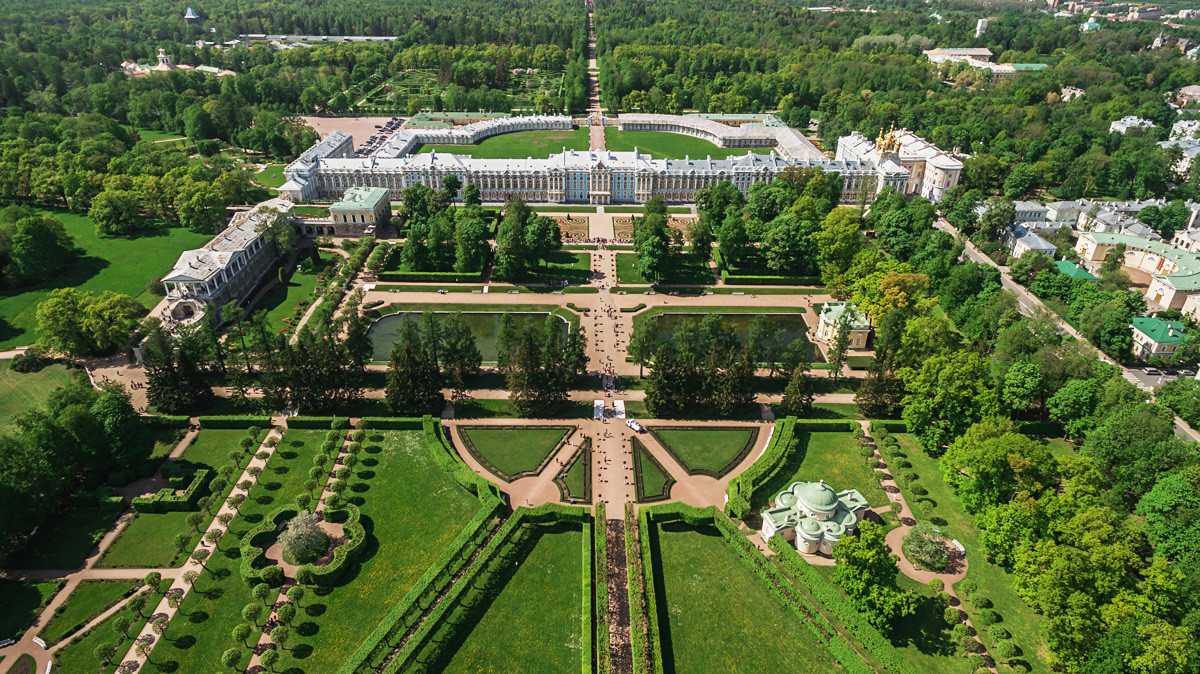 Three Empresses - Catherine I, Elizabeth Petrovna and Catherine II - spared no money and effort to make it one of the most beautiful palaces in Europe. The most remarkable feature in the Catherine Palace is the Amber Room, whose panels and decorations are made of amber. Presented to the Russian Tsar Peter I by Frederick Wilhelm I of Prussia, it was lost without a trace during World War II. Now visitors may see a restored version of the masterpiece. 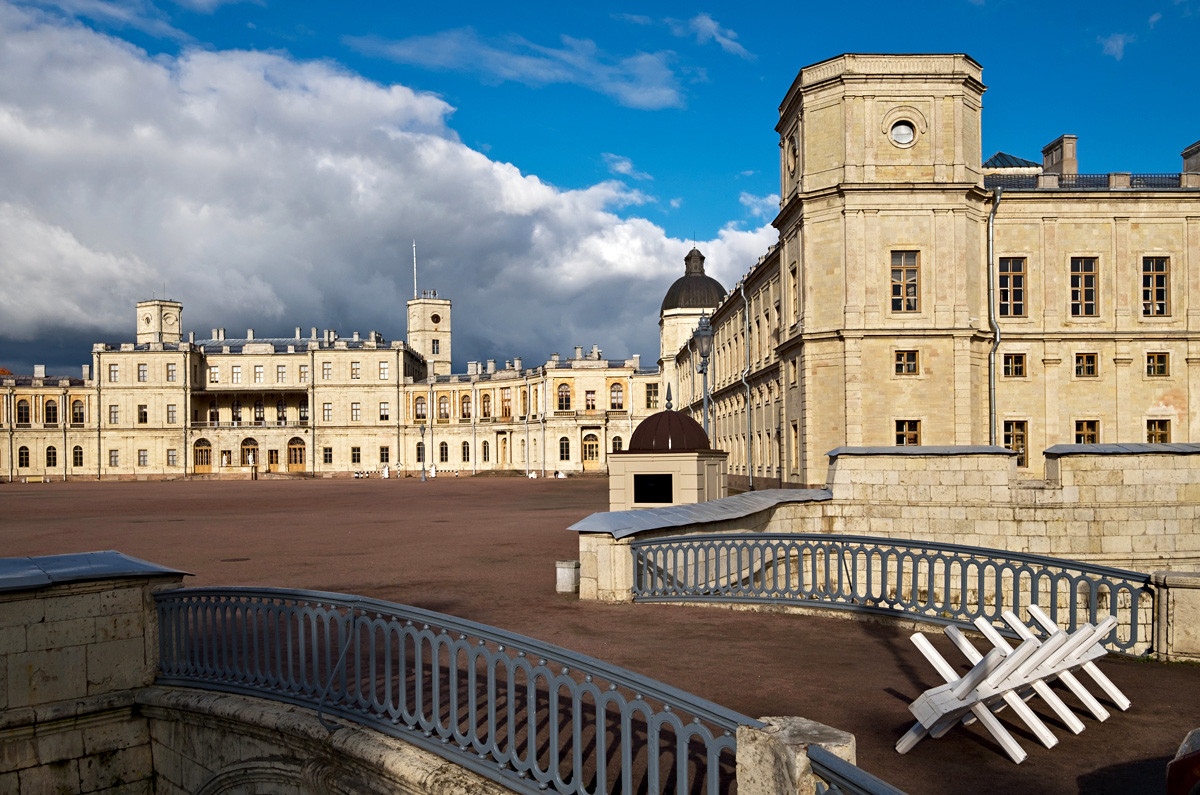 The Gatchina Palace was, probably, the favorite vacation spot for the royal family. One of its most interesting places is a secret passage with numerous corridors and hidden rooms. The passage allowed residents to not only discreetly leave the Palace, but also to quickly move between the palace wings. 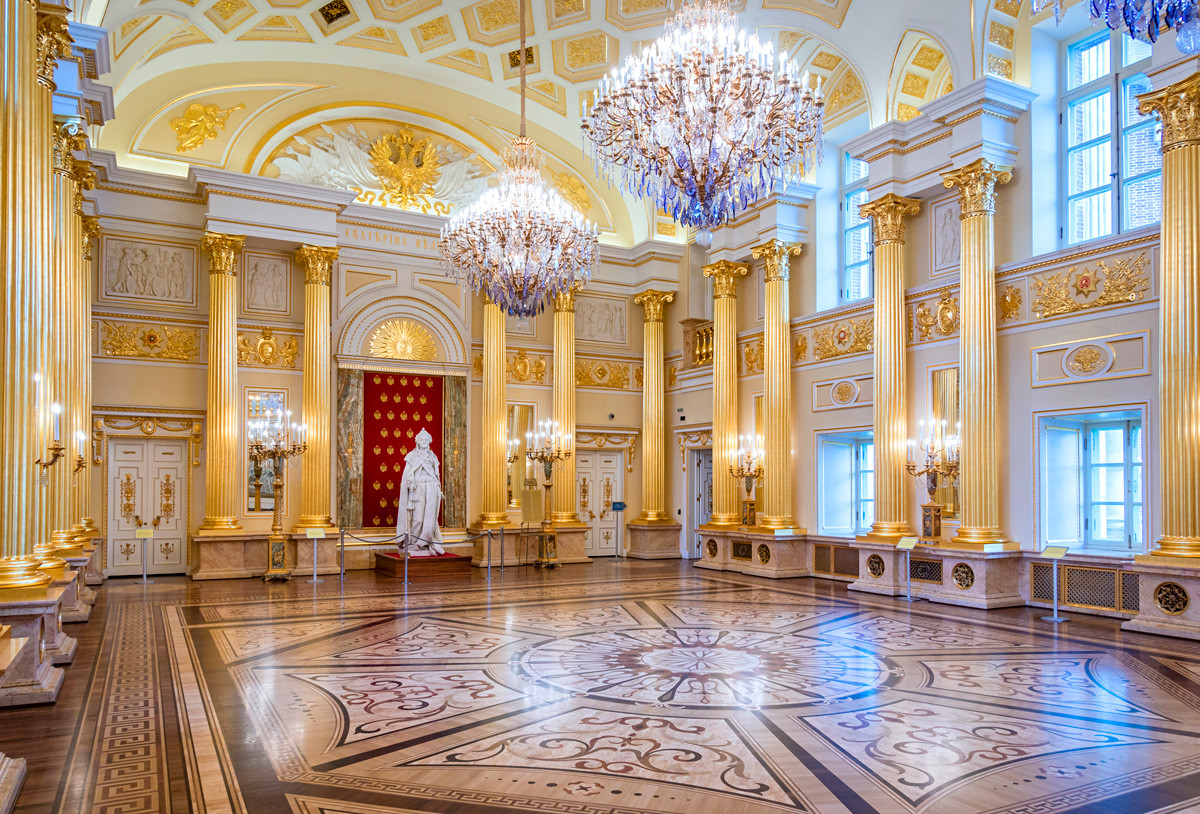 The Tsarytsino Palace in the south of Moscow has a sad history. Designed as Catherine II’s residence, it was never lived in. For centuries the palace remained abandoned and in the late 20th century was in terrible condition. Only after a major restoration in 2005-2007, it became the amazing palace its architects had envisioned. 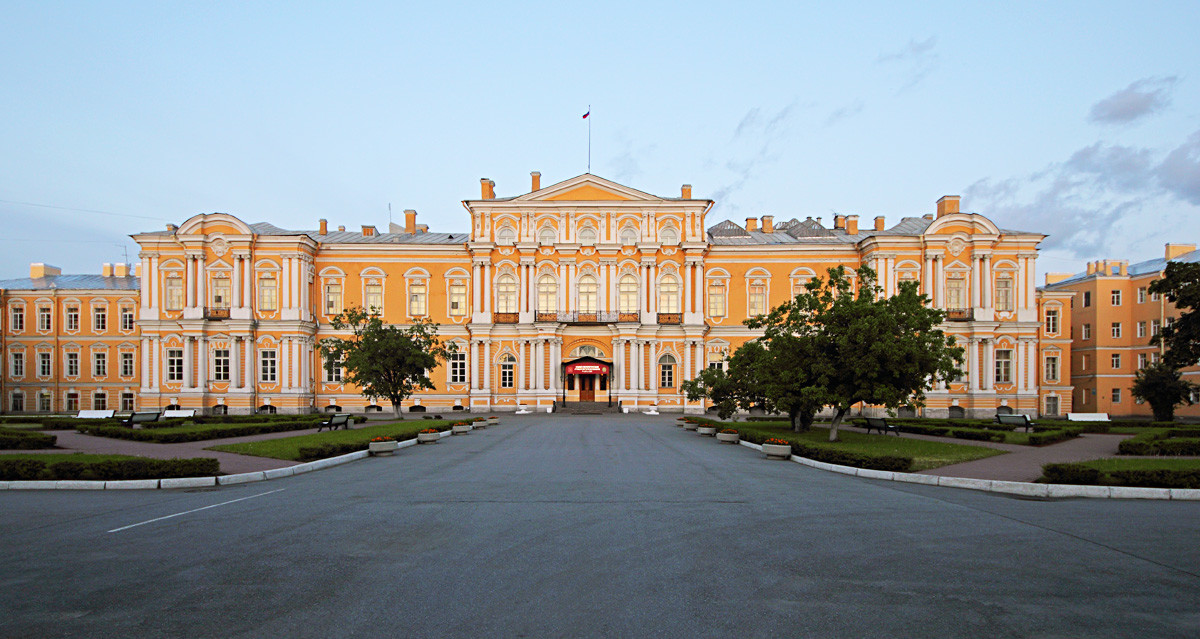 Famous Italian architect Francesco Bartolomeo Rastrelli designed this palace at the request of statesman Mikhail Vorontsov. Huge and luxurious, it became an unbearable burden for Vorontsov, and he was forced to deliver it to the state. In the late 18th century the palace was given by the Emperor Pavel I to Knights of Malta, who added to the main building the Malta Capella. Nowadays, the palace is a home to the Suvorov Military School, visiting it is not easy. However, a tourist can always attend an organ music concert at the Capella. 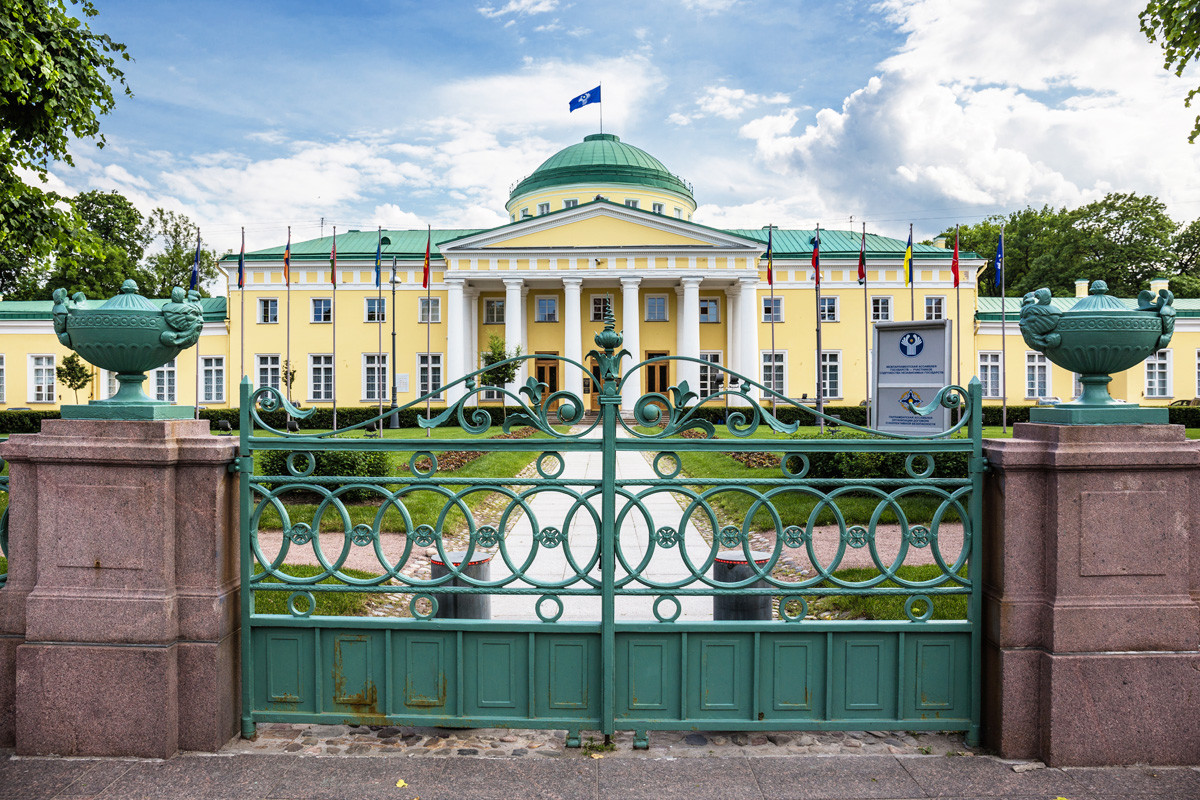 The palace was built on the orders of Empress Catherine II as a reward to Prince Grigory Potemkin for the successful accession of Taurida (Crimea) in 1783. The Tauride Palace had a significant impact on the Russian architecture. After its appearance, nobles started to model their own country estates on it. 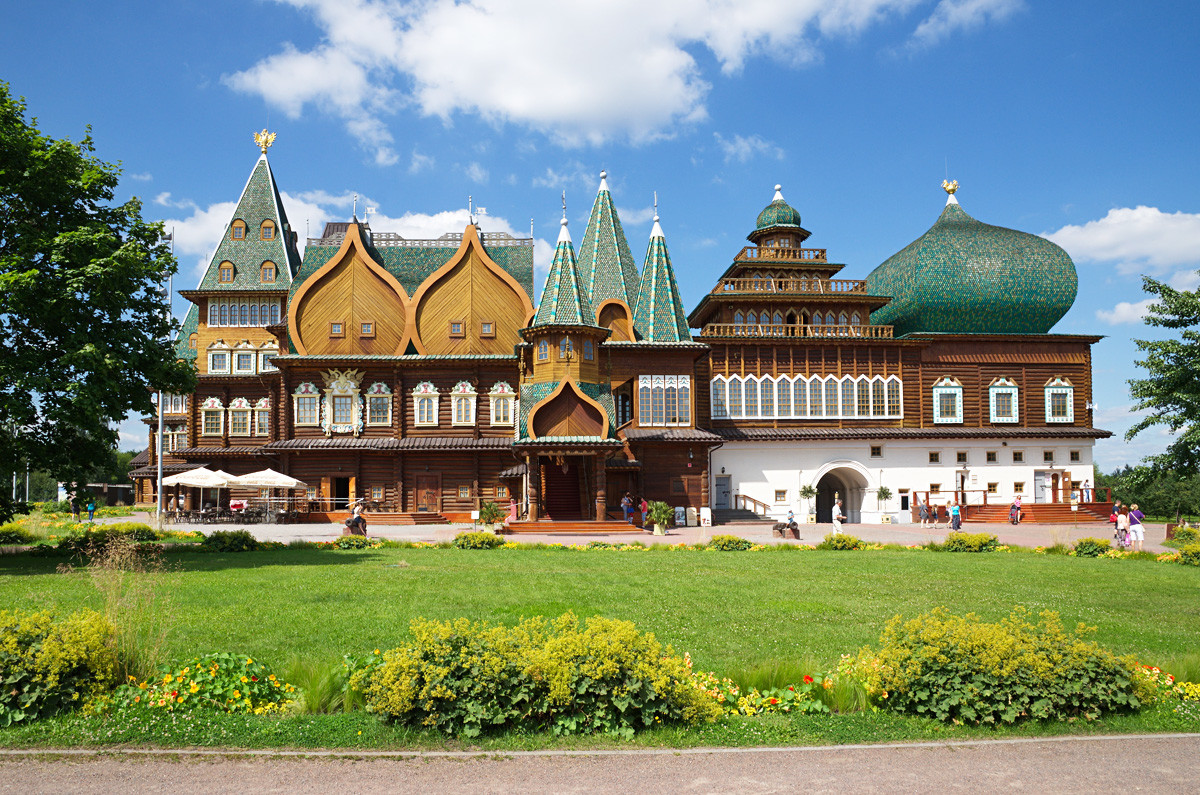 The wooden palace of Tsar Alexei Mikhailovich with 270 rooms decorated with paintings and carvings was built in 1667 without using any fastening materials, nails or hooks. Demolished in the 18th century, it was reconstructed in the 1990s to amaze all lovers of Russian wooden architecture. 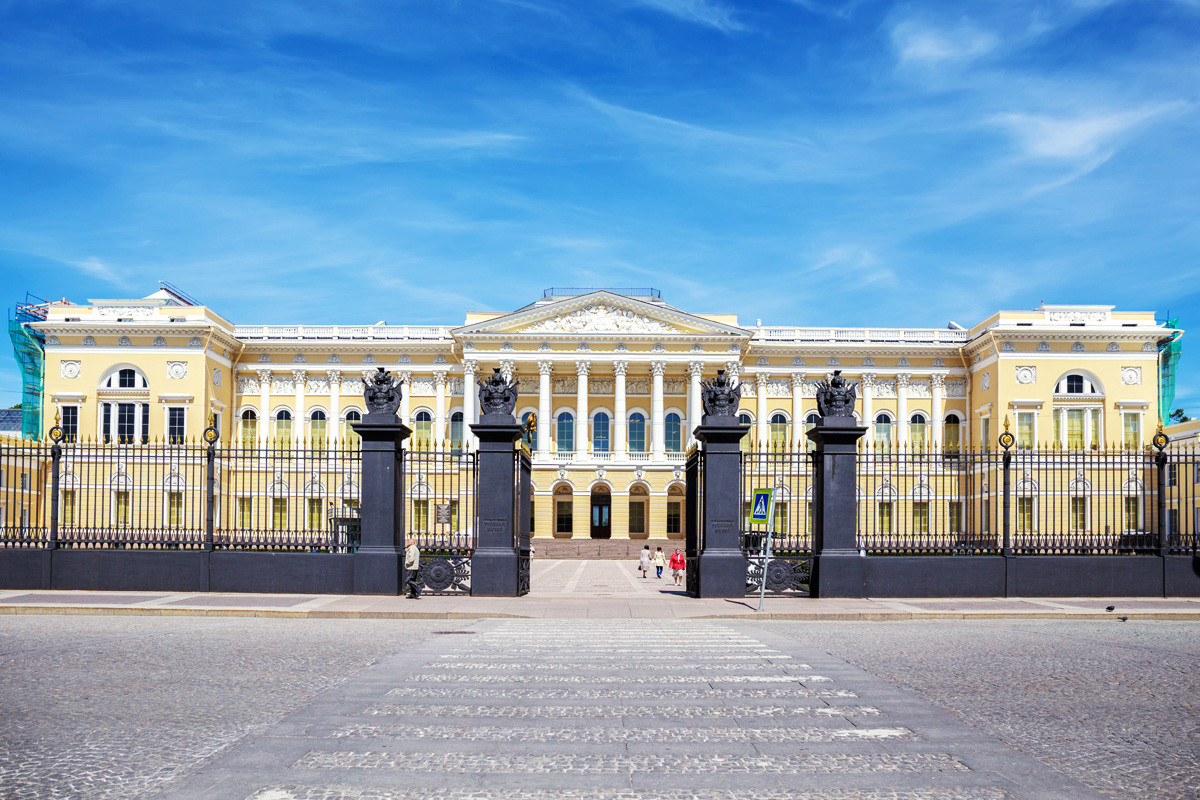 Designed by the Italian architect Carlo Rossi, the Mikhailovsky Palace is one of the most beautiful buildings in St. Petersburg. The palace amazed not only city residents, but foreigners too. Having heard so much about it, British King George IV even asked the Russian Emperor Nicholas I to send him a model of the palace as a gift. 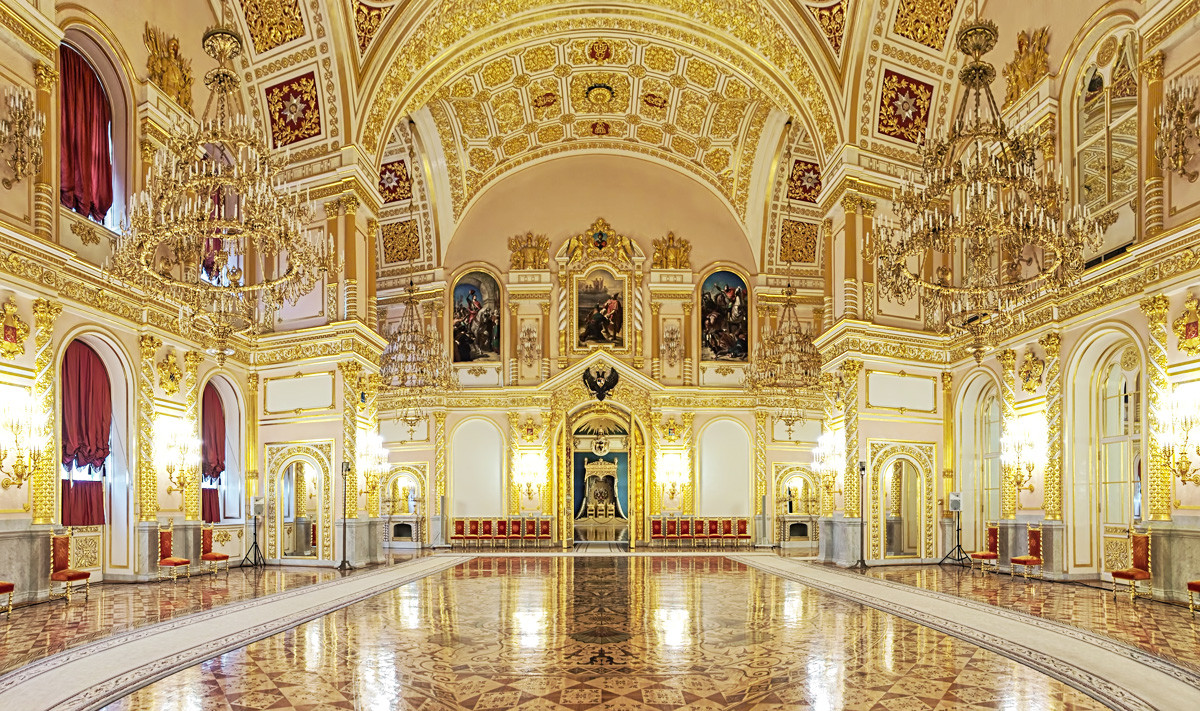 Finished in 1849, the Grand Kremlin Palace today is the main palace in the country and serves as the official residence of the President of Russia. It is possible to visit the Palace, but this is not an inexpensive pleasure. A two-hour excursion costs over $80. 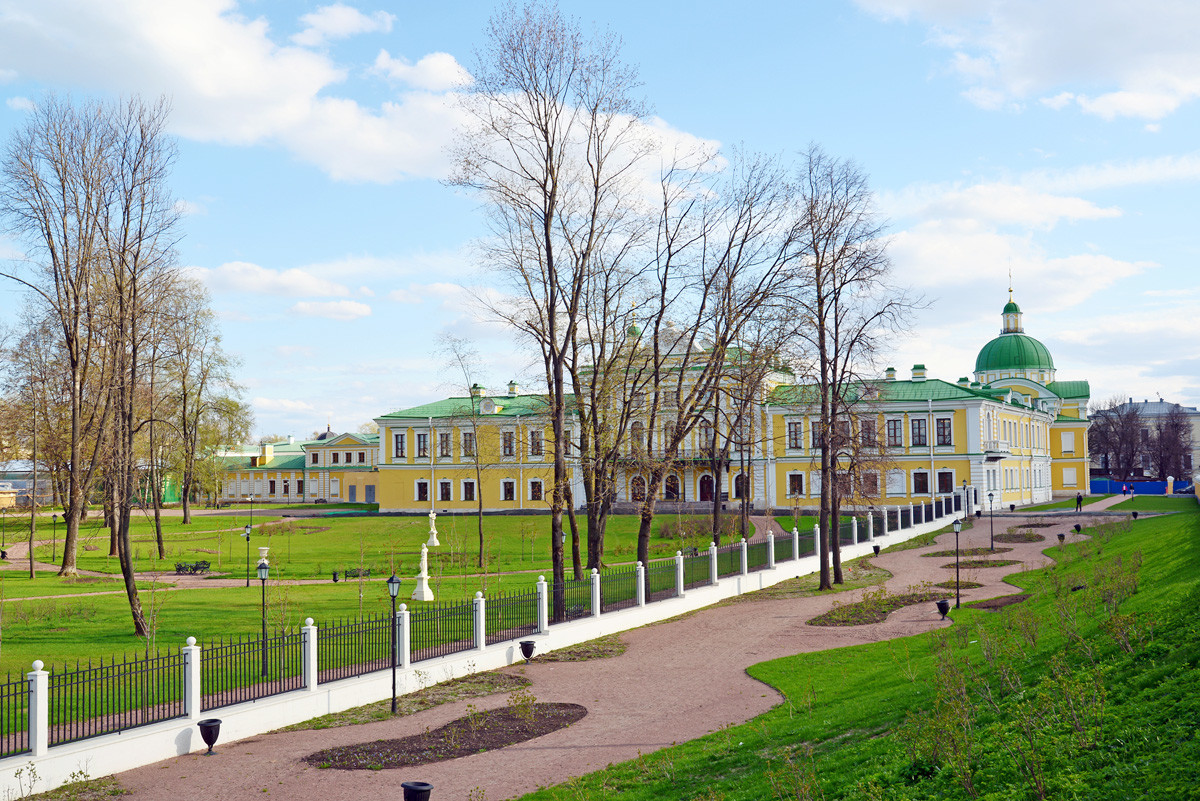 Built in the middle of the 18th century, the Imperial Palace in Tver served as a recreation place for the royal family, which travelled from St. Petersburg to Moscow and back. The building has been rebuilt and reconstructed many times and integrated elements of different architectural styles, including Baroque and Classicism. 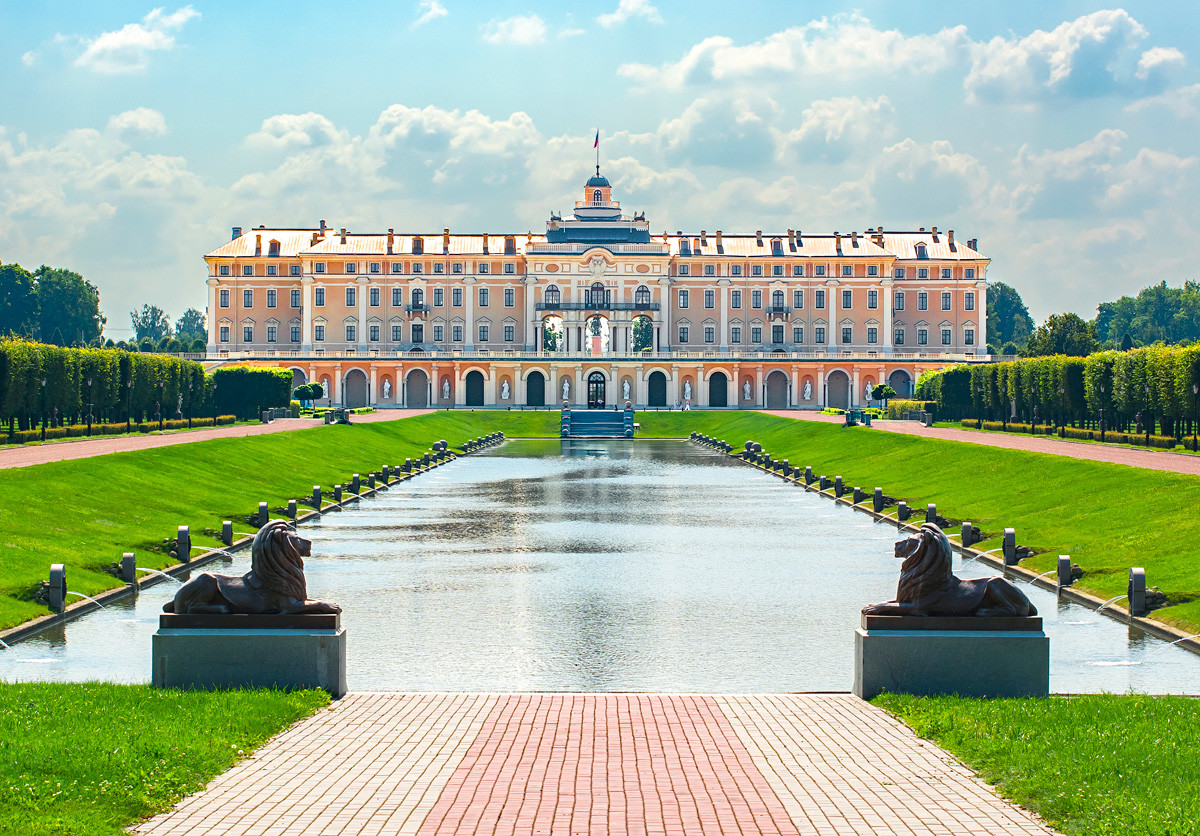 The Konstantin Palace today is the business and cultural center of St. Petersburg. Major events such as Russia-EU and G20 Summits take place here now. 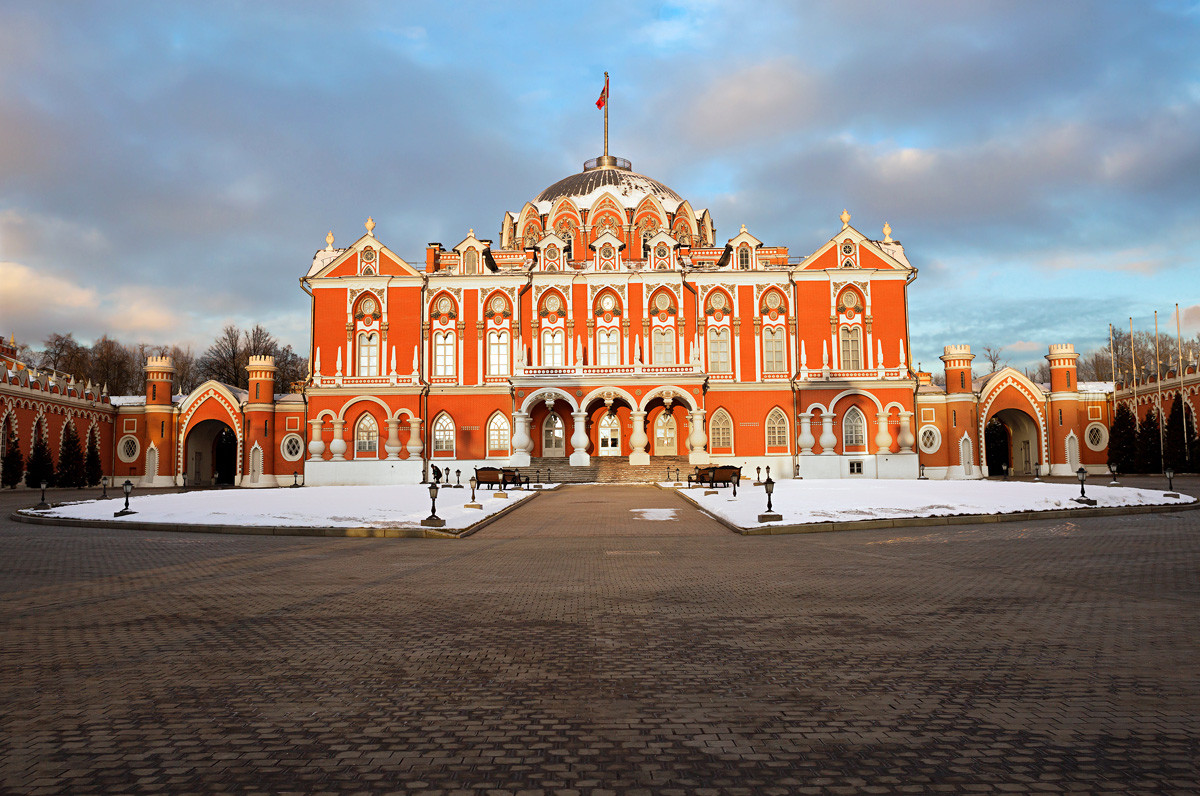 With the construction of the Petrov Palace Catherine II celebrated Russia’s victory over the Ottoman Empire (1768—1774). During the devastating fire of 1812, Napoleon moved from the Kremlin to the Petrov Palace, which soldiers turned into an impregnable fortress. Nowadays, the palace is shared between a museum and hotel.