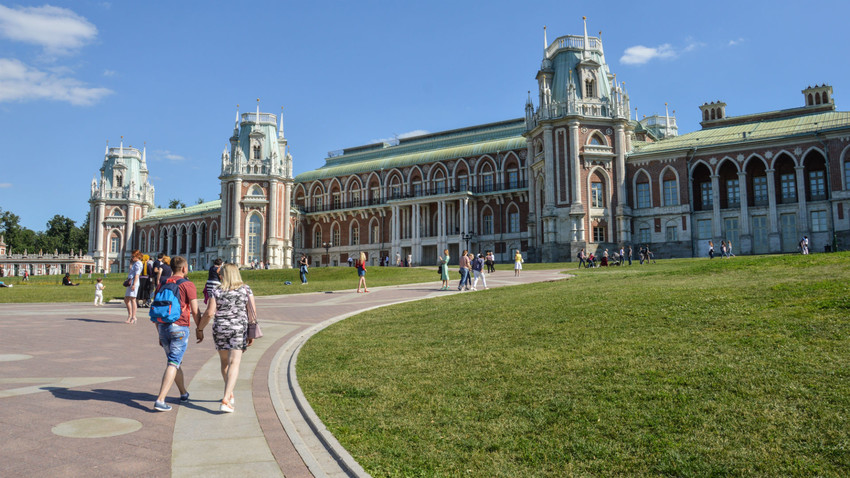 Erwann Pensec
In the south of Moscow you’ll find a beautiful and tranquil estate filled with lush green spaces. Initially built to showcase the grandeur of the Russian Empire, Tsaritsyno offers an idyllic getaway without leaving the city. 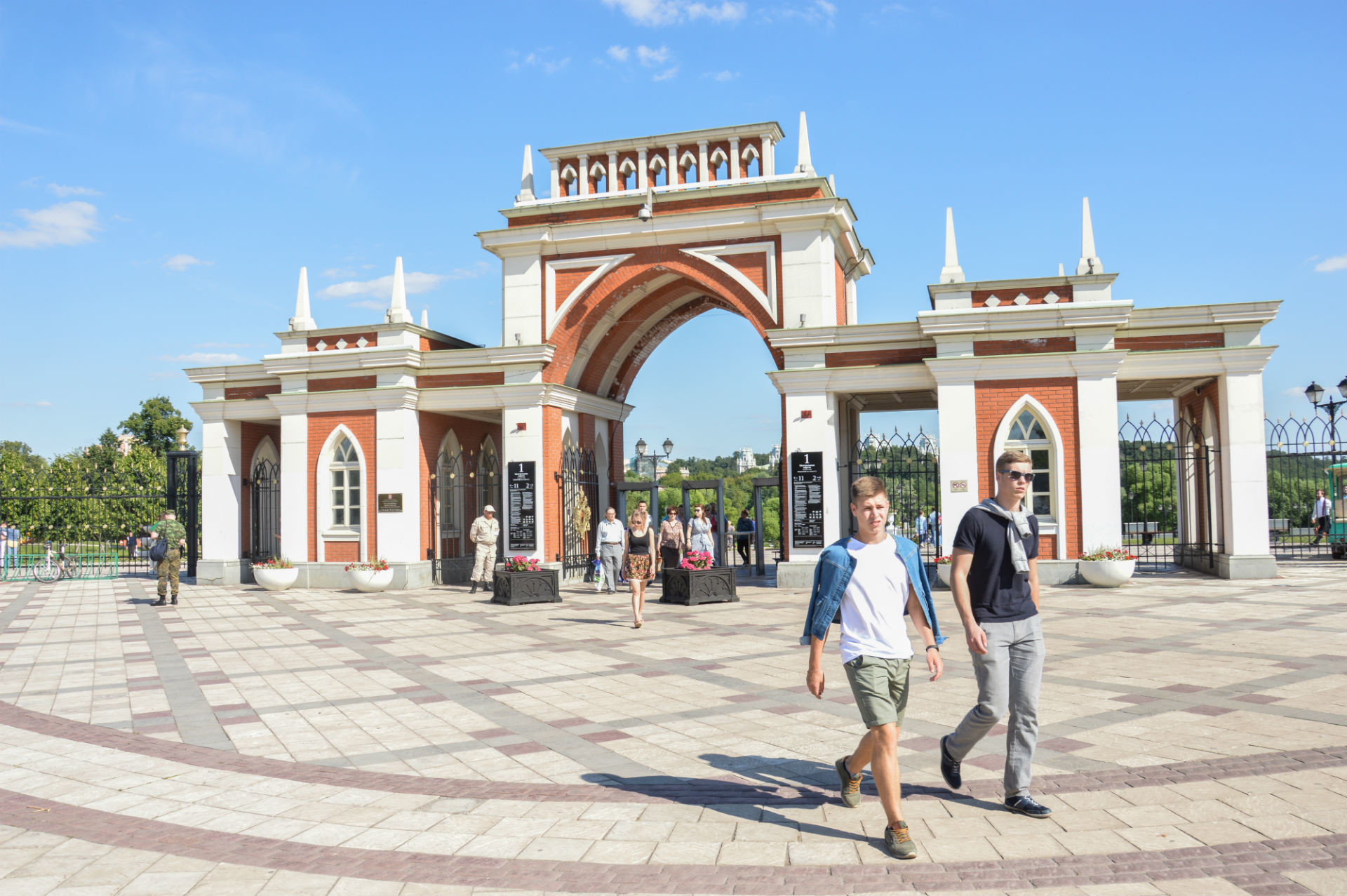 Tsaritsyno Park offers one of the most impressive examples of Russian garden design from the 18th and 19th centuries. Located in southern Moscow, it is just a short walk from (you guessed it!) Tsaritsyno metro station 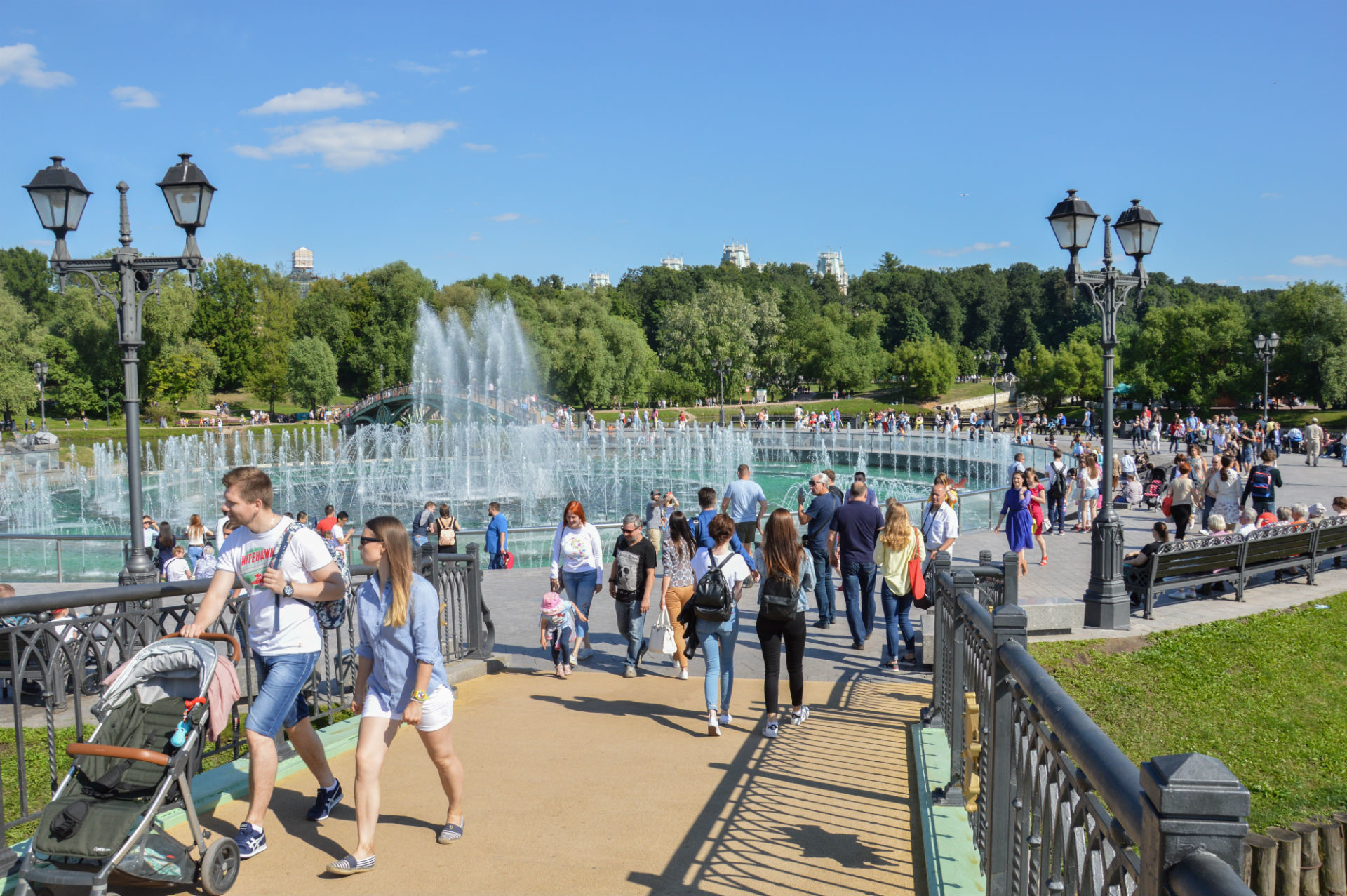 often crowd around an enormous fountain near the park’s entrance, but you’ll find the palace towers a bit farther away among the trees. 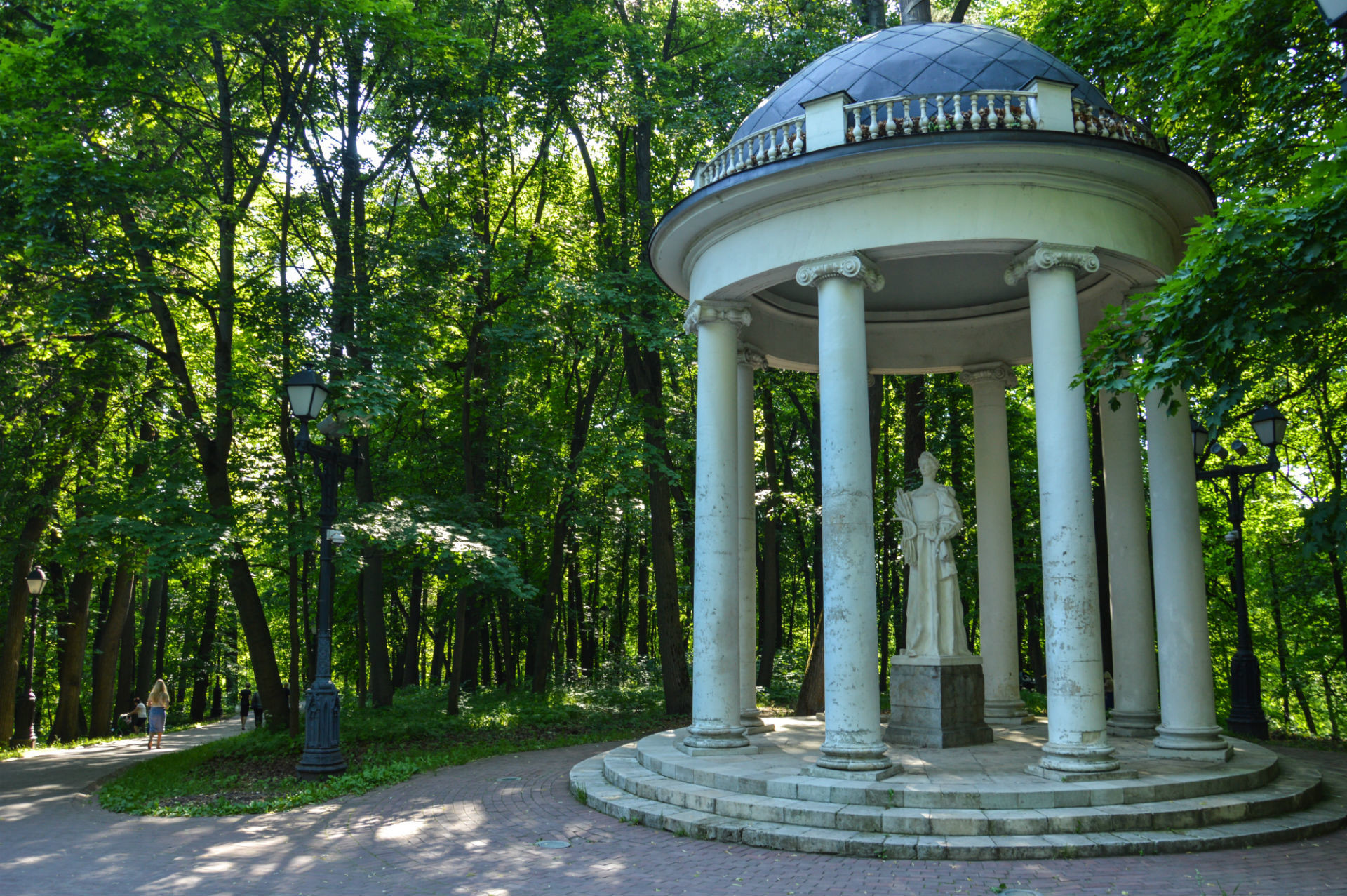 The estate originally belonged to Dimitrie Cantemir, a Moldavian prince allied with Imperial Russia. He built a church and a wooden palace on the site 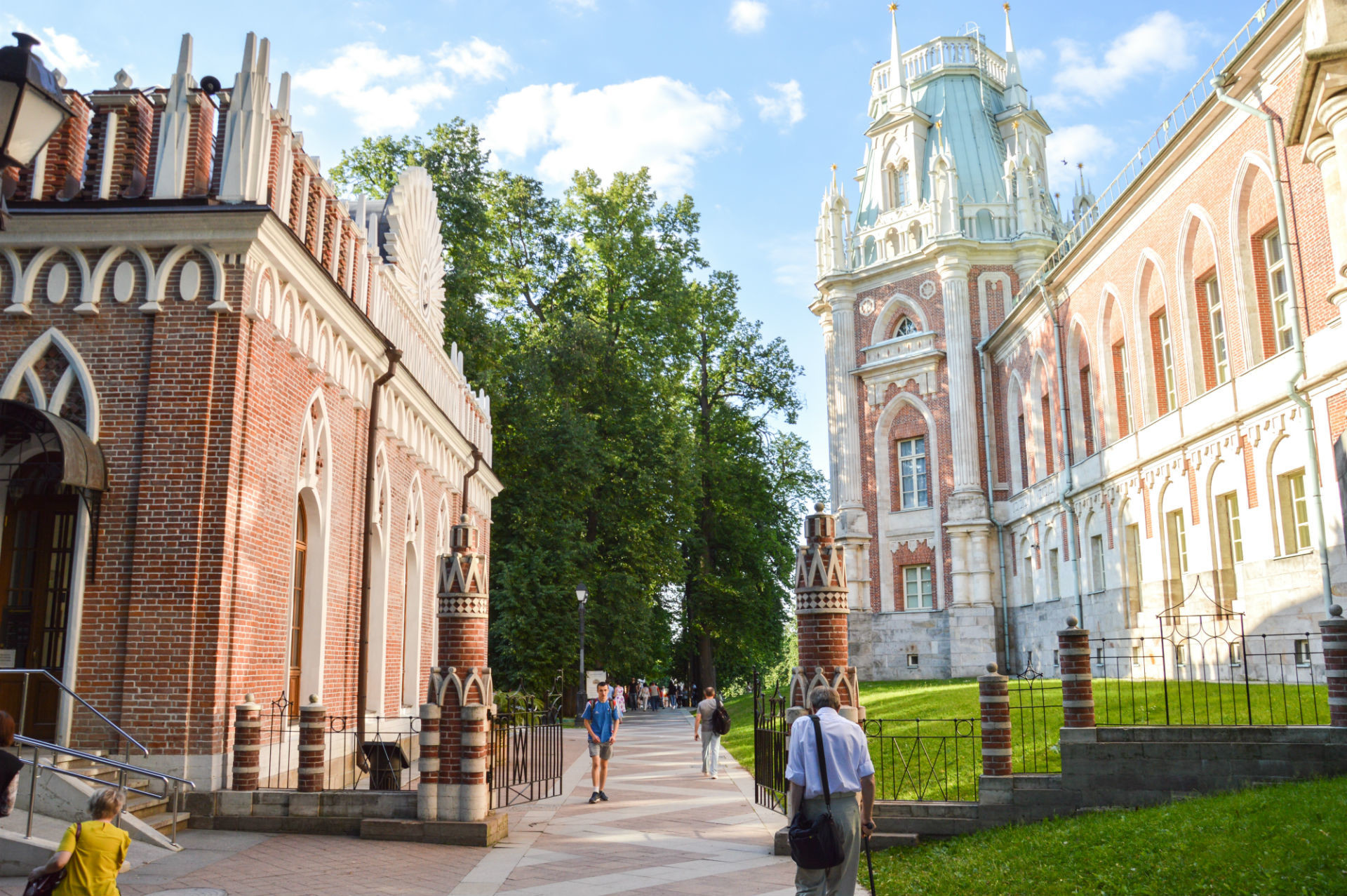 the Great fell in love with the estate so much that she decided to buy it. At the time, English-style gardens that artistically imitated natural landscapes were popular, and so two gardeners named John Munro and Francis Reid were brought over from England to work on the estate

nothing better than wandering through the forest along the winding cobblestone pathways, which are lined with antique statues and pavilions with huge pillars. As you walk, you hear the melodic singing of birds, which heightens the whole experience and takes you away from the chaos of the city center 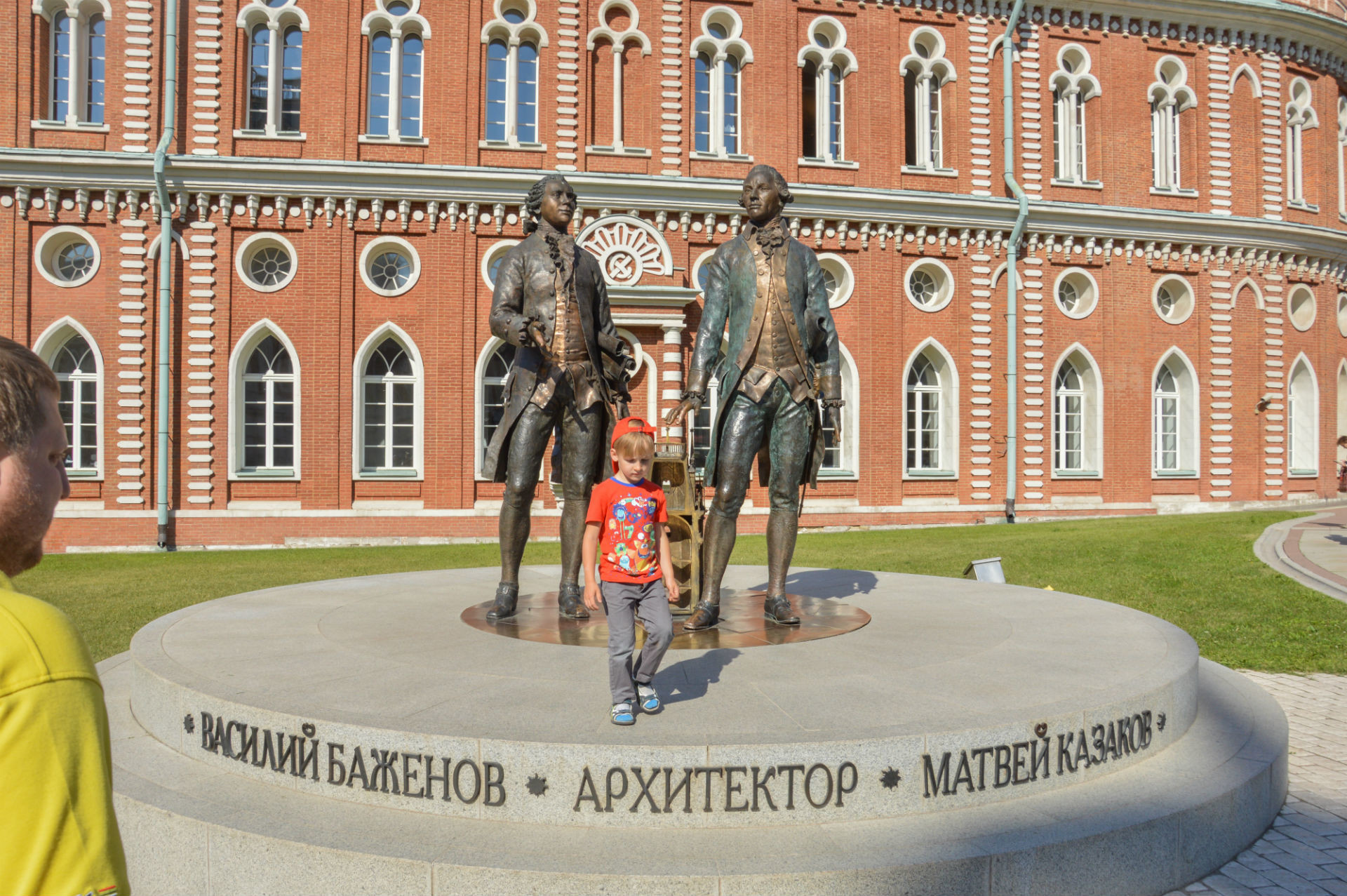 Monument to the architects Vasilii Bazhenov and Matvei Kazakov

construction began in 1779 under the supervision of architect Vasili Bazhenov. Unfortunately, just as construction work was almost complete, Catherine visited the palace and expressed dissatisfaction with its design. In 1785, she ordered the palace to be demolished and rebuilt. This time, she tasked Matvey Kazakov, one of Bazhenov’s students, with overseeing the project

designed a three-story building that he hoped would capture the glory of Catherine’s reign. However, when work was suspended for three years due to a lack of funds, the empress ordered him to alter the plans, advising him to construct a two-story building and simplify the design of the roof 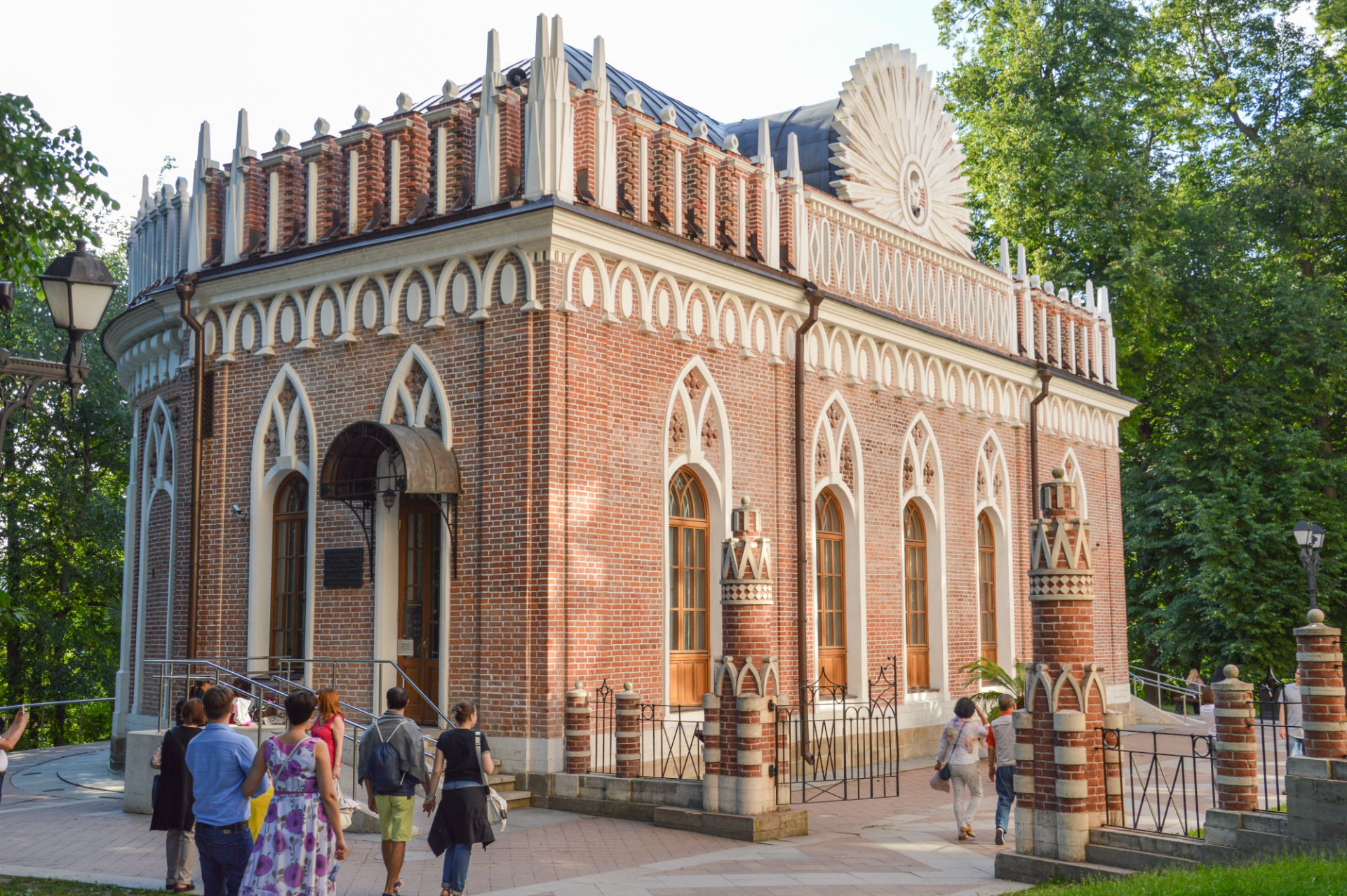 Catherine’s death in 1796, work on the project came to a standstill once again, and the unfinished palace was left in ruins throughout the 19th century. Local residents ransacked the place, removing window frames as well as stone walls 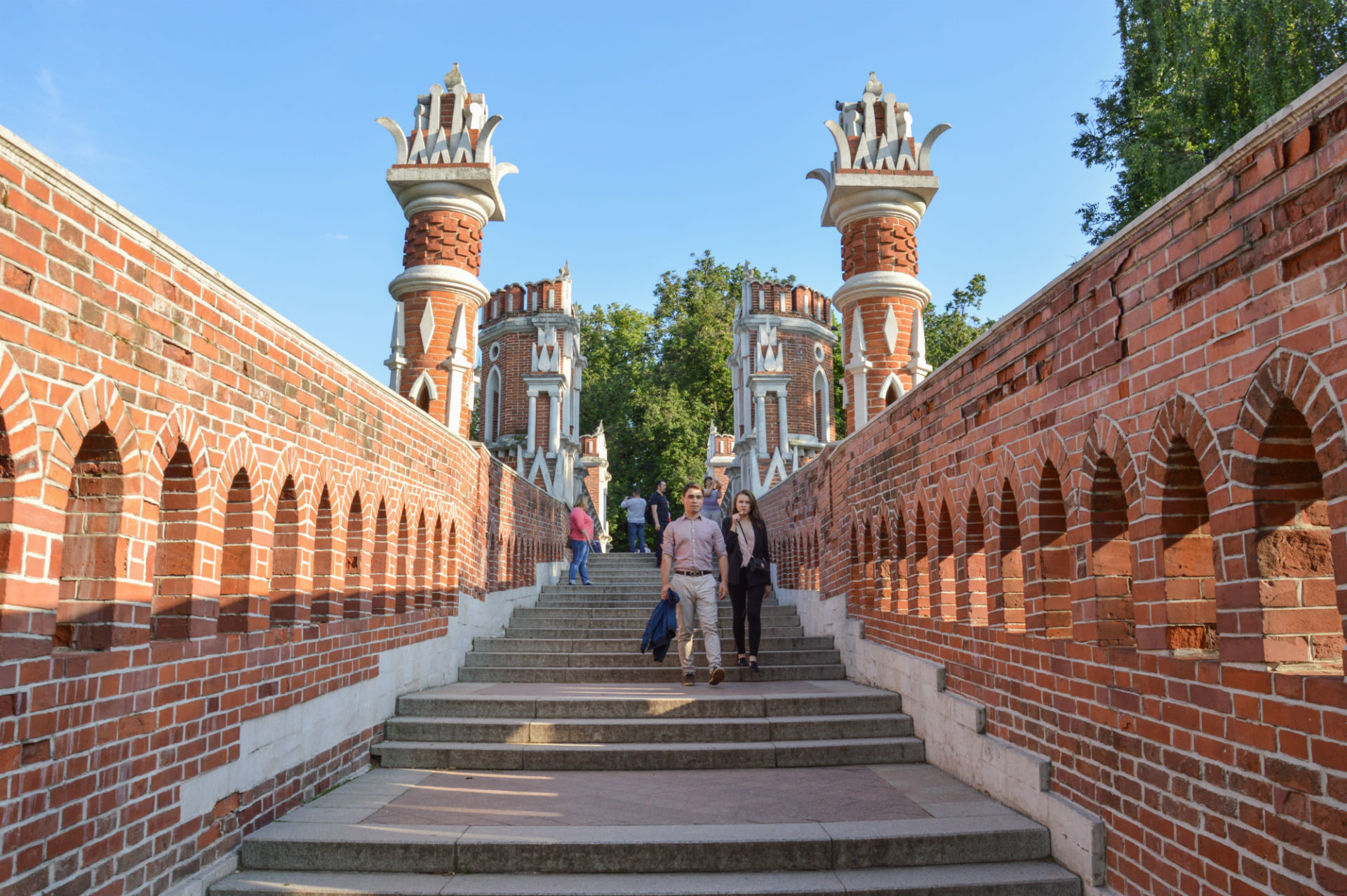 1950 and 1980, the ruins of the Grand Palace even became an unexpected rock-climbing site 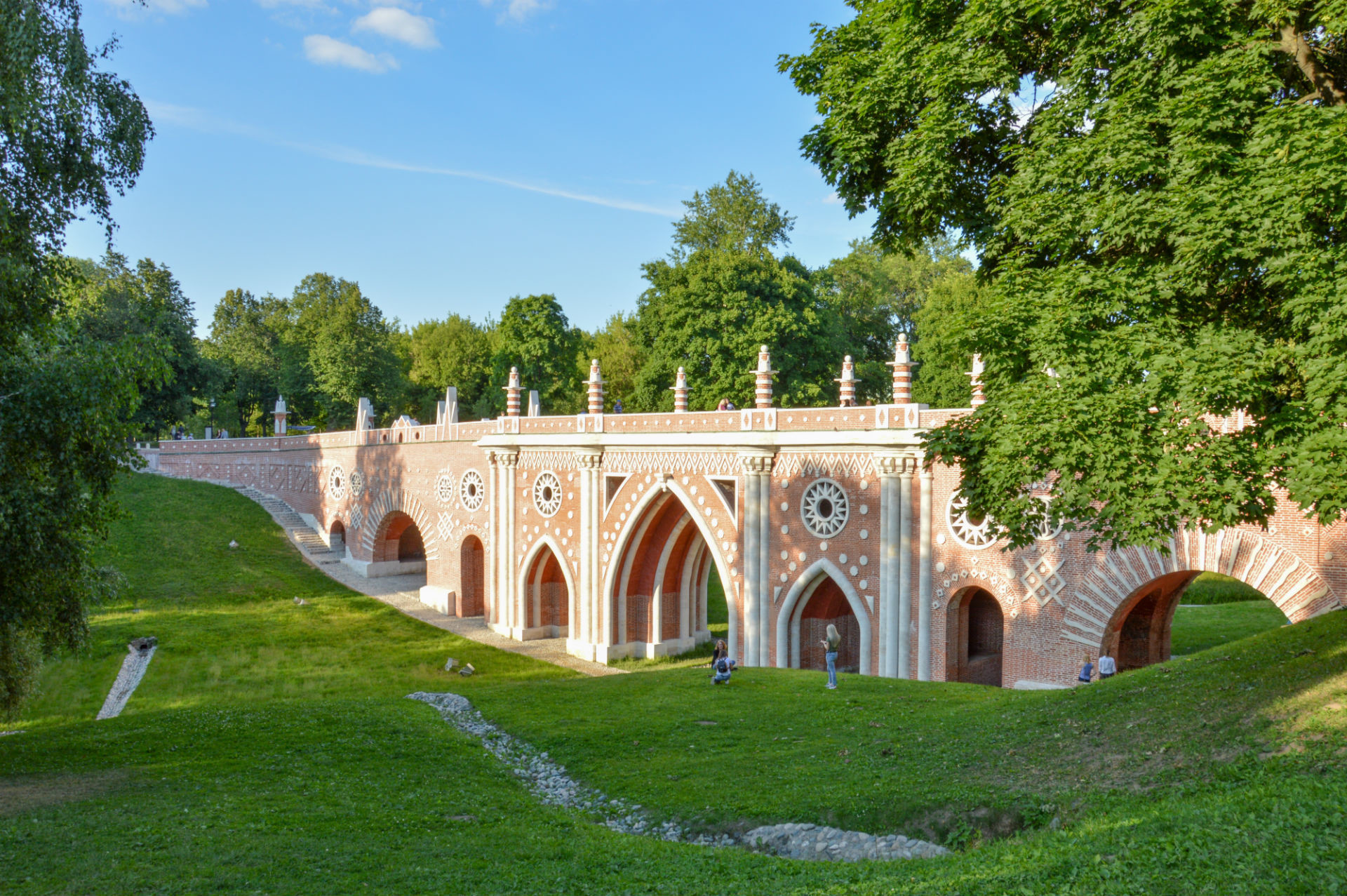 finally changed between 2006 and 2007, when the city undertook a huge construction project to restore the park and architectural complex, bringing it back to its original beauty and splendor

main building still contains ornate reception rooms, but the annexes have been turned into a museum.

You might even stumble upon a ballroom scene in the middle of the forest, like something straight out of a movie, except with older people gathering to dance to electro or disco music

vast green spaces serve as a haven for Muscovites looking to escape the hustle and bustle of the city and find respite in a tranquil, serene setting. A lot of people come here just to lounge on the grass, play badminton or take a peaceful stroll in the shade

you wander around the forest, you might even come across a strange sight under the treetops: a sacred site maintained by local followers of Shamanism. Here you’ll find totem poles decorated with ribbons, symbols and all sorts of offerings, such as pieces of bread, semolina or candy (which you can see being stolen from right under our noses by a squirrel in the picture above).

Read more: What to do in Kolomenskoye, one of Moscow's oldest parks