What to do in Kolomenskoye, one of Moscow's oldest parks 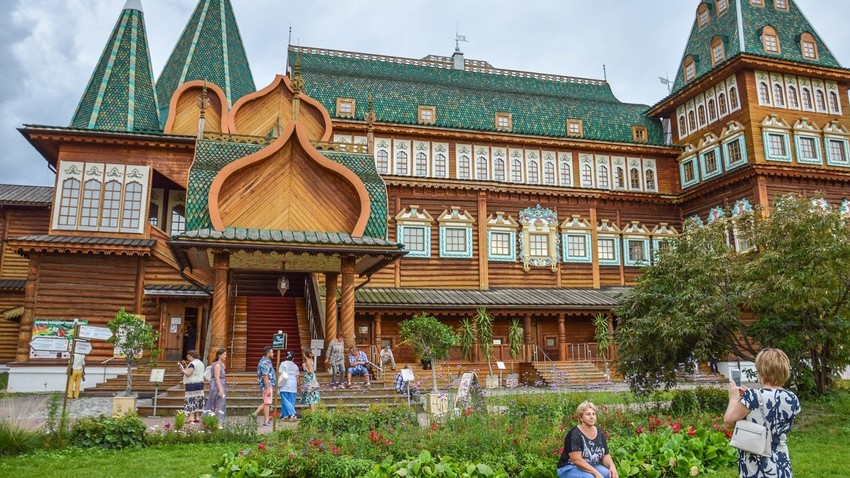 Erwann Pensec
If the crowds, summer heat and noise of the Russian capital become unbearable, find relief by wandering around the city's parks. Russia Beyond takes you to one place of timeless beauty that reflects Russia’s architectural diversity, and which offers an oasis of serenity and relaxation. 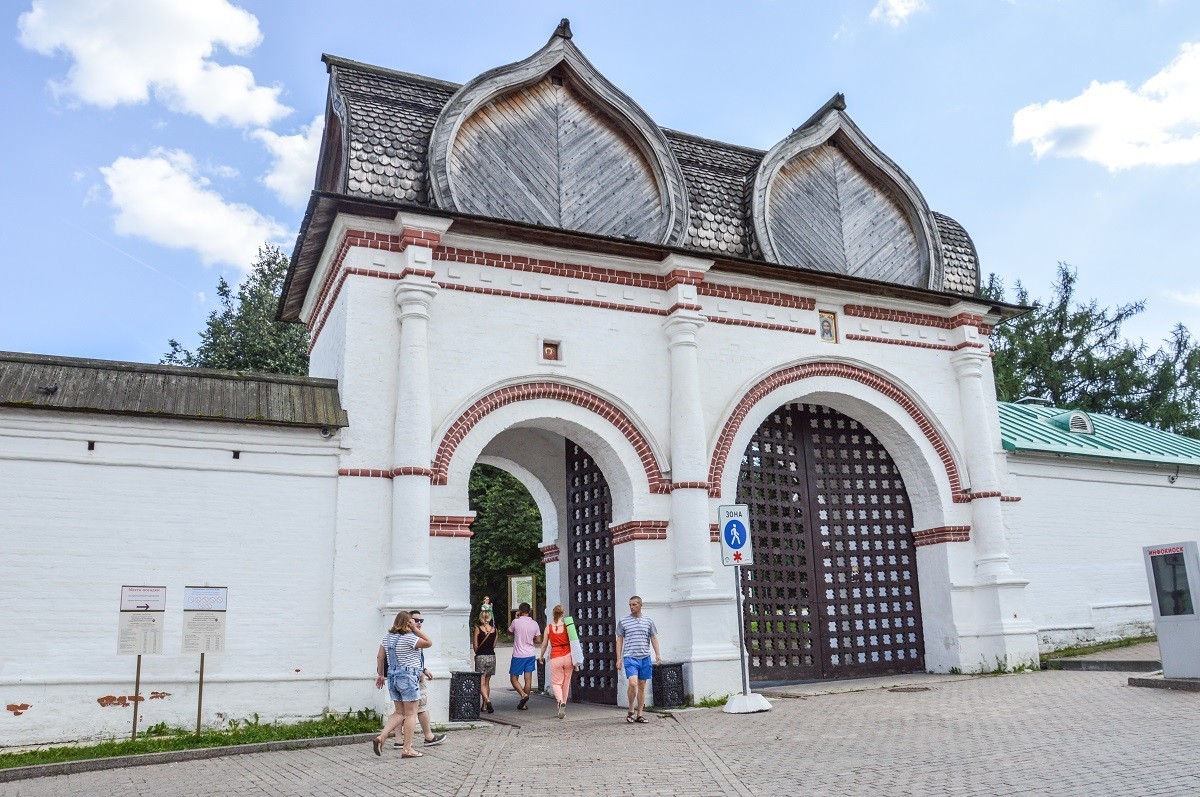 Kolomenskoye Park is situated on a route that once connected Moscow to the town of Kolomna (103 km southeast of the capital). According to popular belief, Kolomenskoye was founded by Kolomna citizens fleeing from Batu Khan, the Mongol ruler and grandson of Genghis Khan. Mentioned for the first time in 1336, Kolomenskoye became the property of Moscow's Grand Princes, and later the Tsars 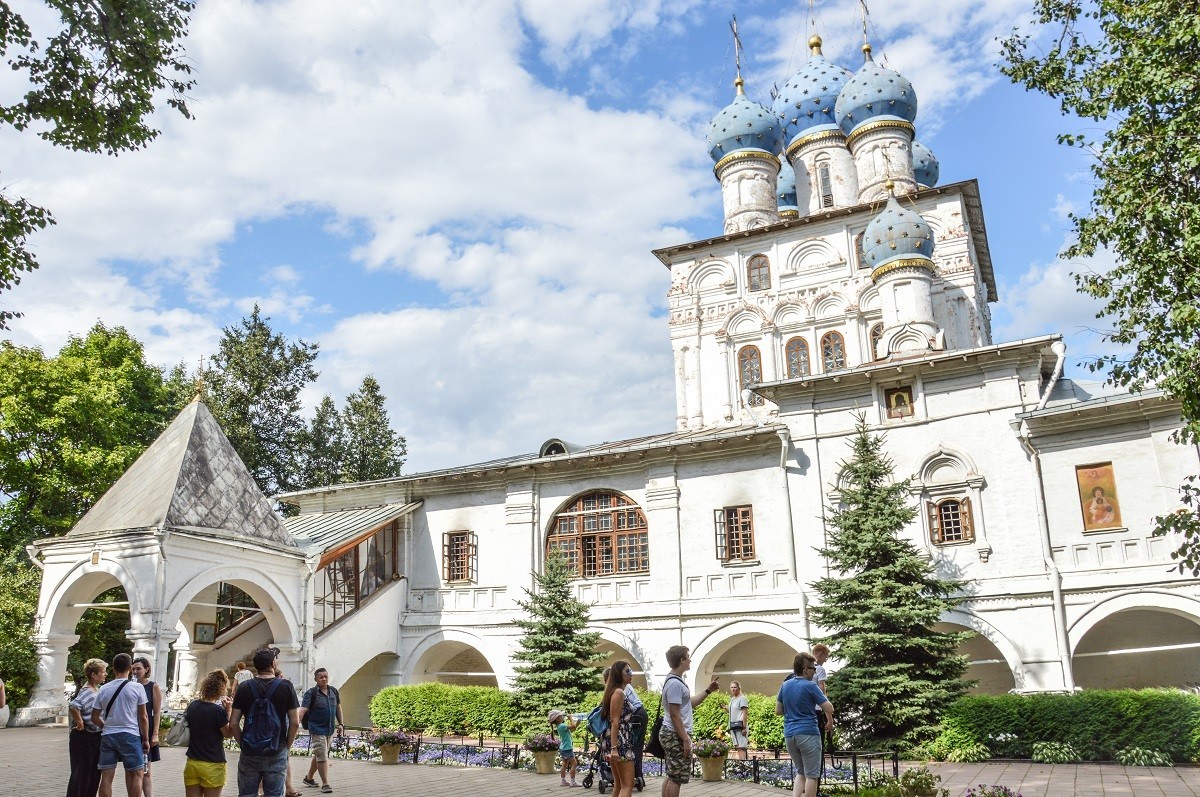 , it's a popular park in Moscow because of its vast green spaces and its rich cultural heritage. In fact, several buildings exhibit both eclectic and historical architectural features, from stone churches to wooden fortifications, as well as the Neo-classical pavilions

the left, you'll find Moscow's only historical building that belonged to Peter the Great. 1702 on St. Mark's Island at the mouth of the Northern Dvina River not far from the city of Arkhangelsk (991 km north of Moscow), the Tsar lived there for about two months when the Novodvinsk fort and the first Russian warships were built. In 1934, the building was moved to Kolomenskoye.

On the right, you can see the Mokhovaya Tower of the Suma Stockade that was built on the coast of the White Sea in Russia in 1680, and which offered protection to Russian settlers. Pieces of Swedish shrapnel from the Great Northern War (1700-1721) can still be found on the wooden structure. The tower was moved to Kolomenskoye in but was only restored between 2005 and 2008.

The Ascension Garden, built in the 17th century, was named after a nearby church. Today, it occupies a total area of five hectares, and more than 900 apple trees of different varieties grow in these gardens. It is a haven for visitors who enjoy picking apples, and relaxing in the shade of the fruit trees, where the aromatic smell of cider permeates the air 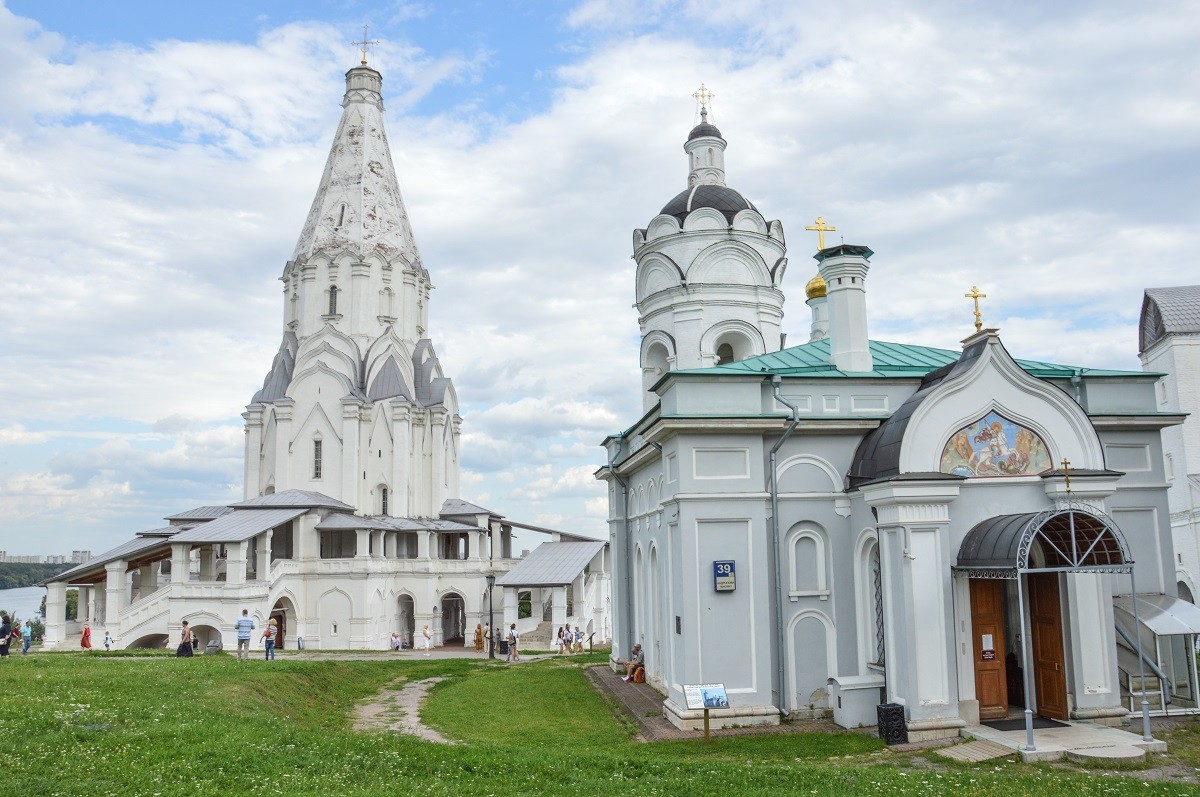 to 1532, the Church of the Ascension (pictured in the background) is the first stone church in Russia built with an elongated 'tent' style roof. Italian architect Pietro Annibale (known in Russia by the name, Petrok Maly) designed the church at the request of the Grand Prince of Moscow, Vasili III. In 1994, the church became a UNESCO World Heritage site 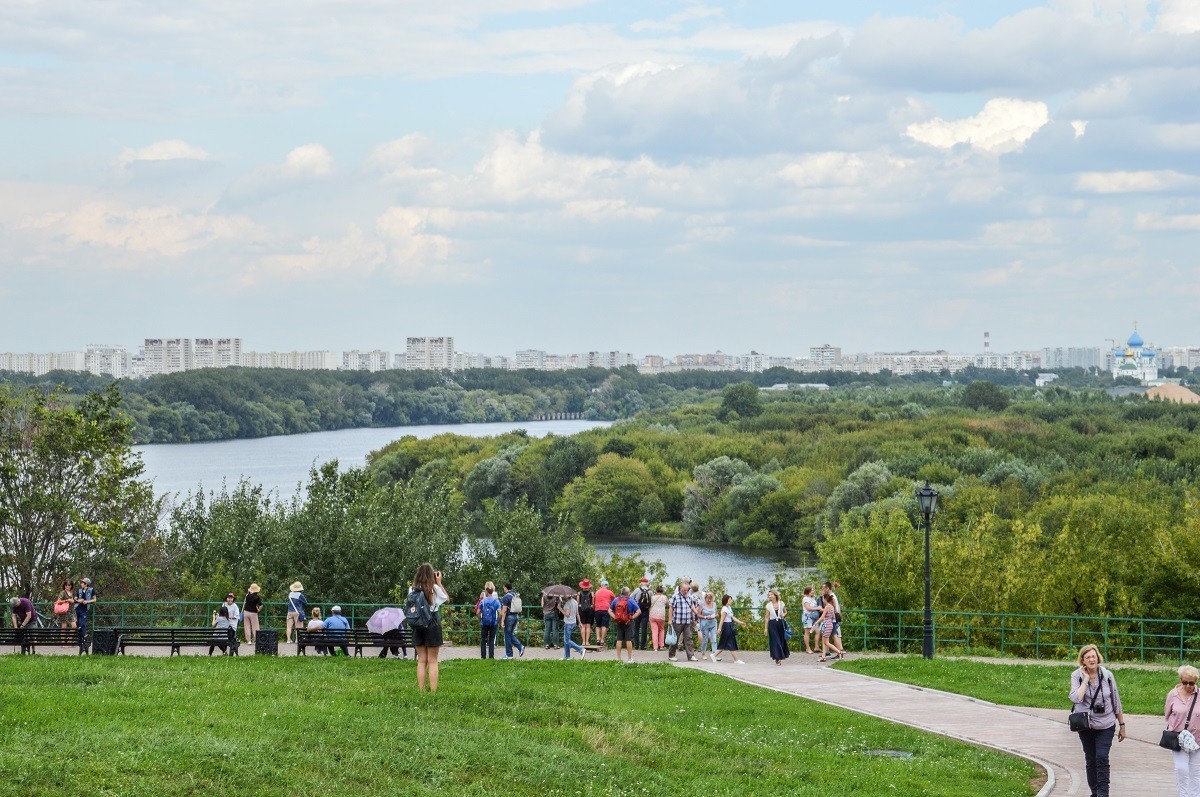 on the Moscow River, the Kolomenskoye Park offers splendid panoramic views of nearby forests and buildings on the city outskirts

the right: The palace pavilion, which belonged to Tsar Alexander I, was built in 1825. Today, it's the only building of the imperial palace to stand the test of time, and was later used as a home theater, as well as tea house. On the left is the Front Gate complex built in 1673 during the reign of Tsar Alexey Mikhailovich. 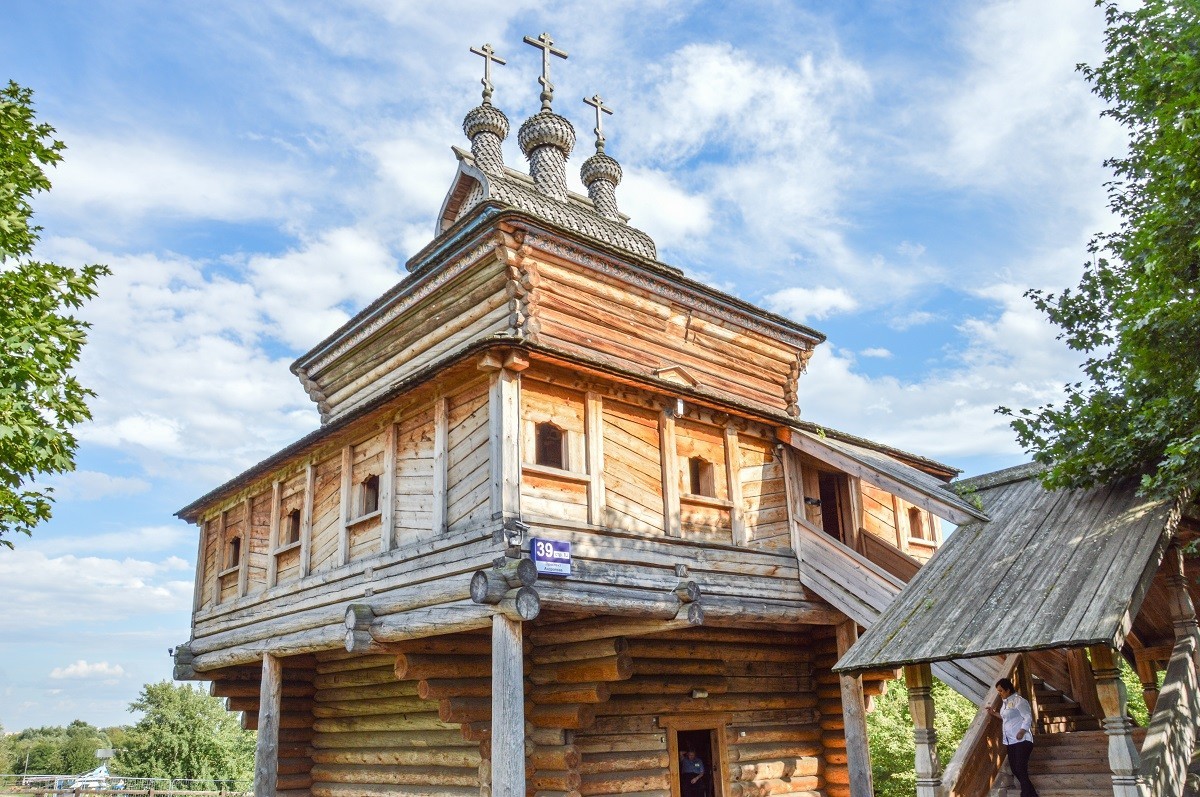 St. George the Victorious Church is a two-story structure built in 1685 and made out of pine logs, just like other wooden buildings in North Russia. After it was abandoned, the church was moved in 2008 from the village of Semionovskoye in Arkhangelsk, and it was restored between 2010 and 2011 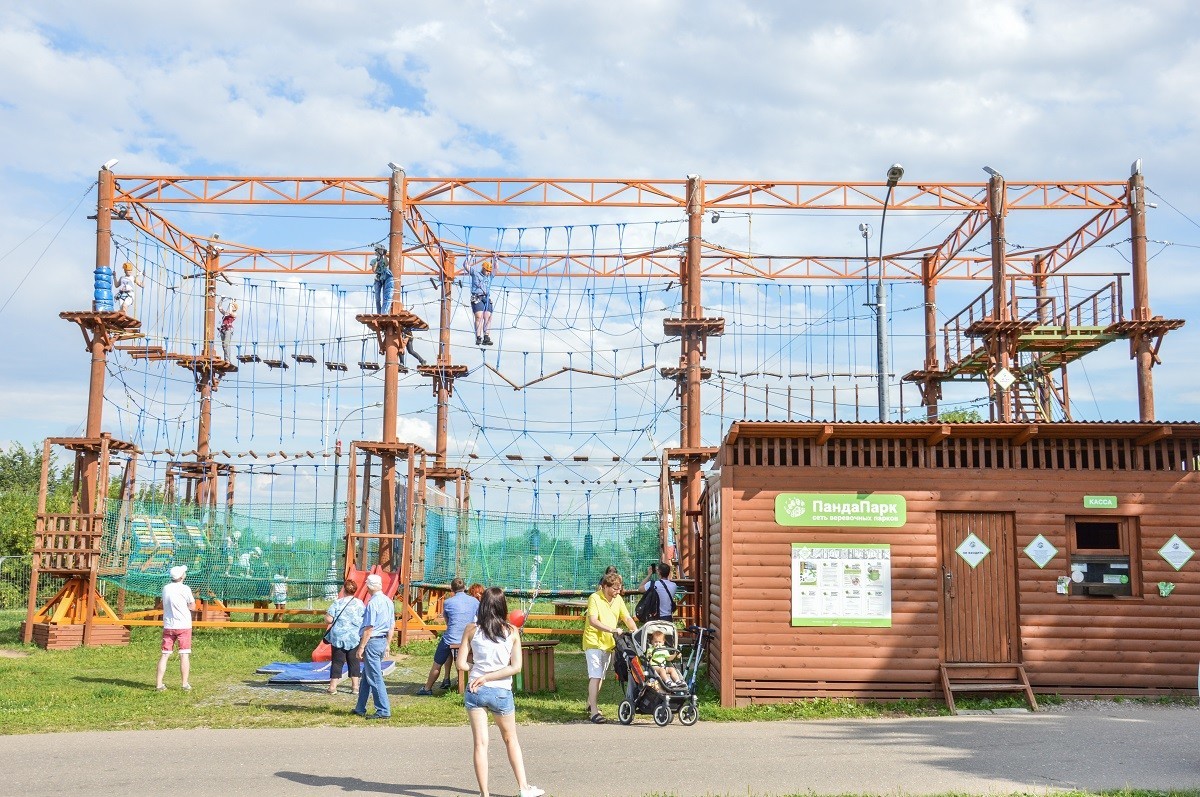 park also offers activities for both children and adults, after which you can stop at any one of the nearby restaurants

vast green spaces pictured above are a far cry from the chaotic city center, allowing you to take a moment to appreciate the serenity of the surroundings 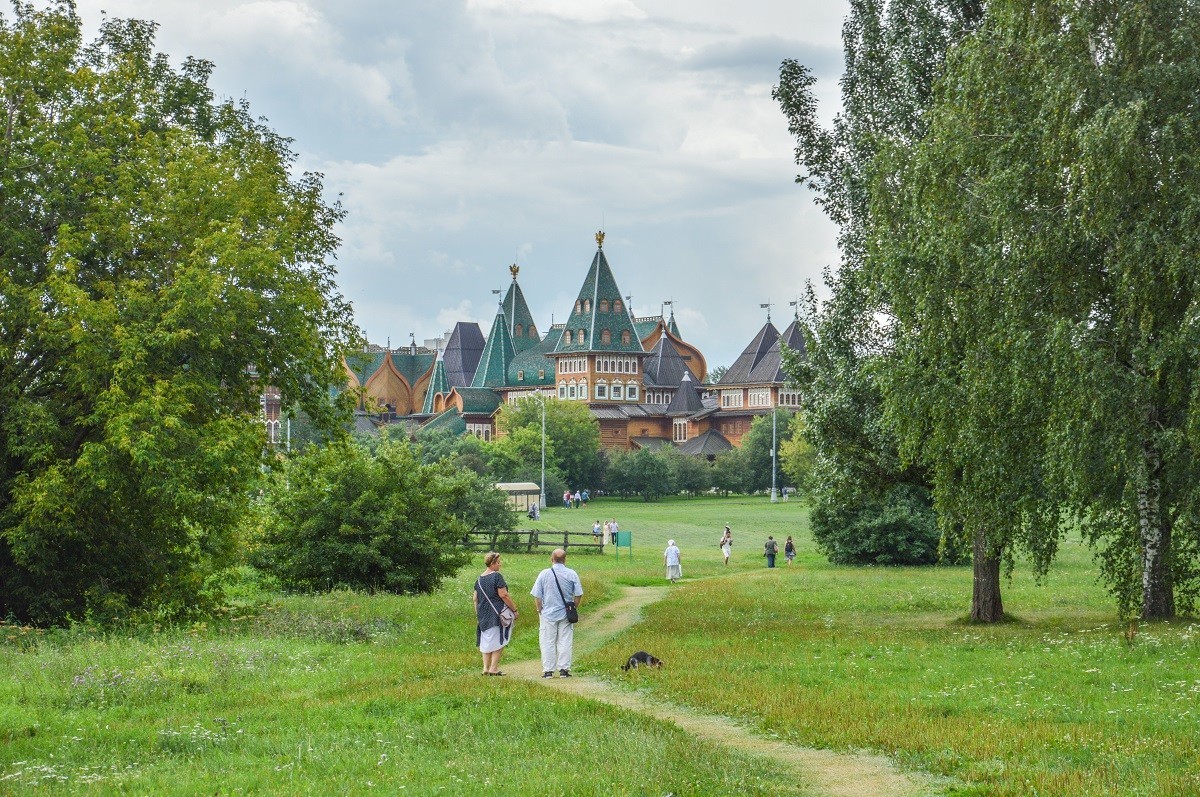 the distance you see the magnificent palace of Tsar Alexis I (1629-1676), which looks like something straight out of a fairy tale 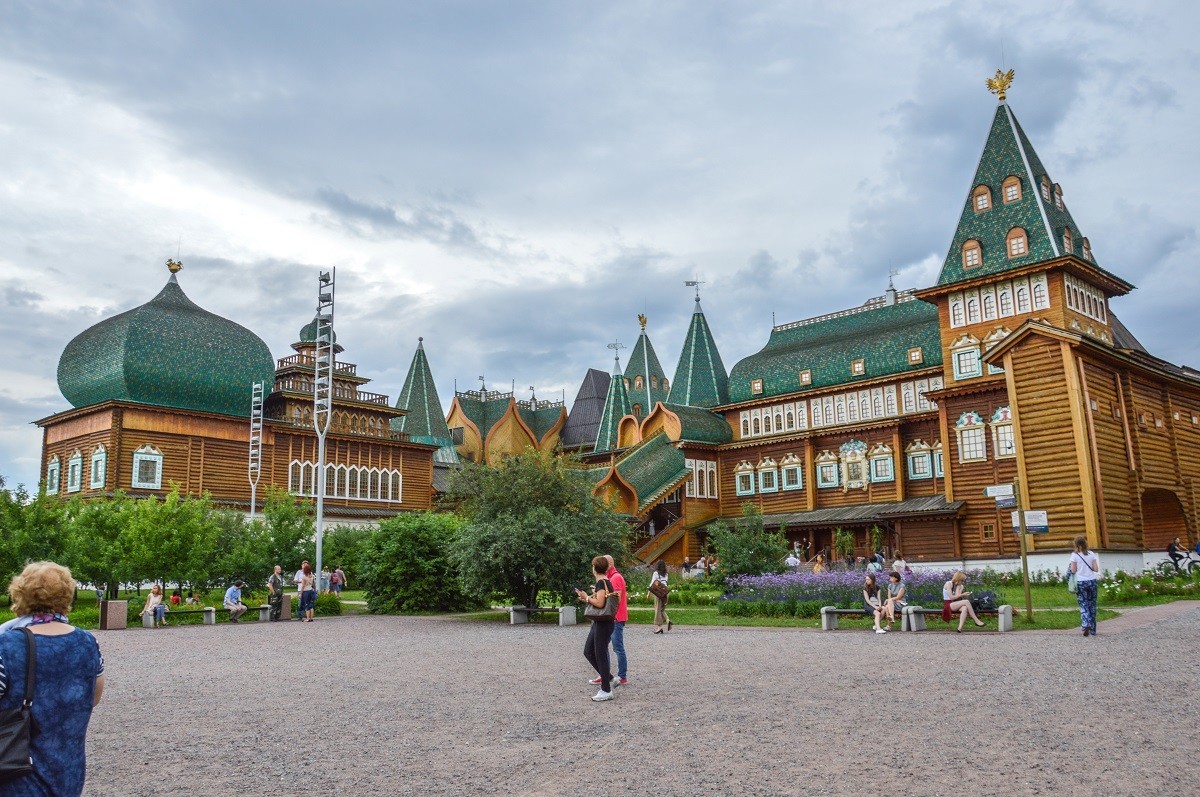 fact, the grand estate of Kolomenskoye was the favorite home of Alexis I, who loved to go hunting near Moscow. He created this impressive wooden palace, which was completed in 1667, and which consists of no less than 270 rooms 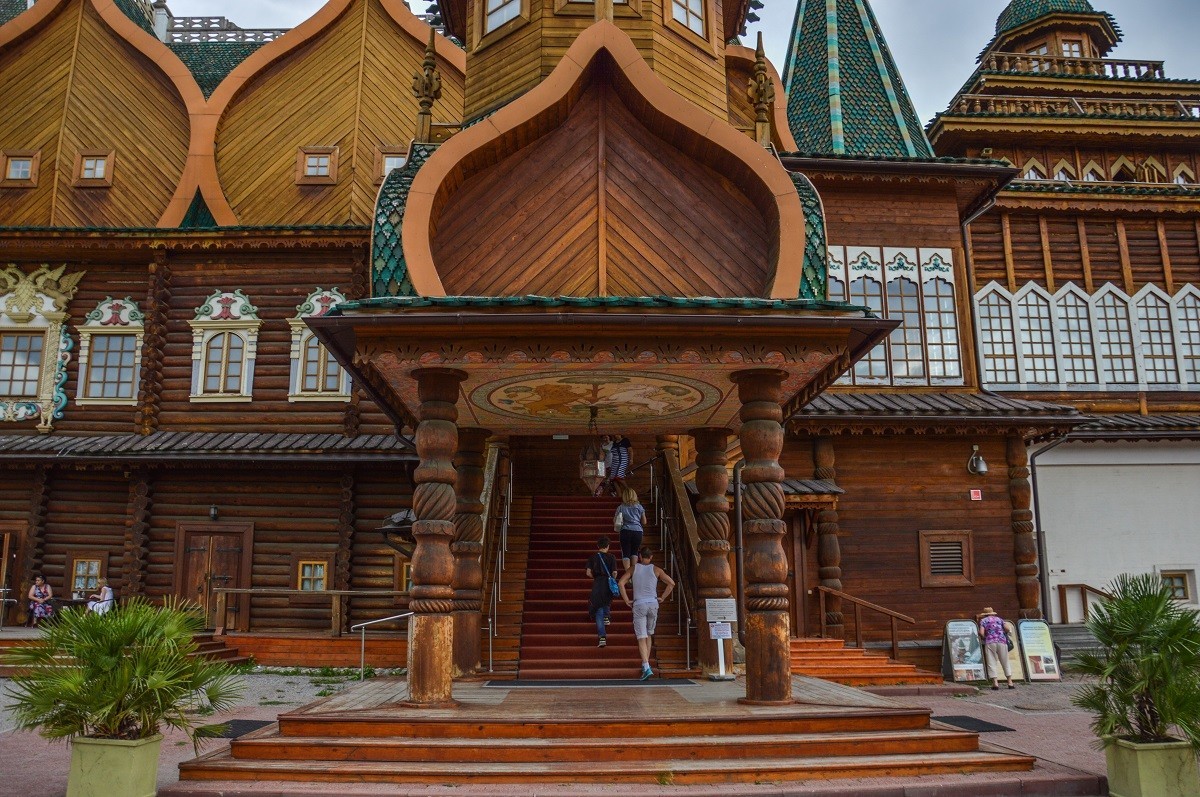 1712, St. Petersburg became the capital of Russia, and the Kolomenskoye Palace was eventually abandoned. In 1726, Catherine the Great visited the palace and decided to renovate it. However, given the scale and cost of the work, she ended up demolishing it and building a new palace instead

, thanks to plans dating back to the reign of Catherine, the city of Moscow managed to rebuild the palace in 2010. The current structure is therefore an identical replica of the palace designed by Tsar Alexis I. Thanks to this, both tourists and locals can now admire the grandeur of this architectural masterpiece. 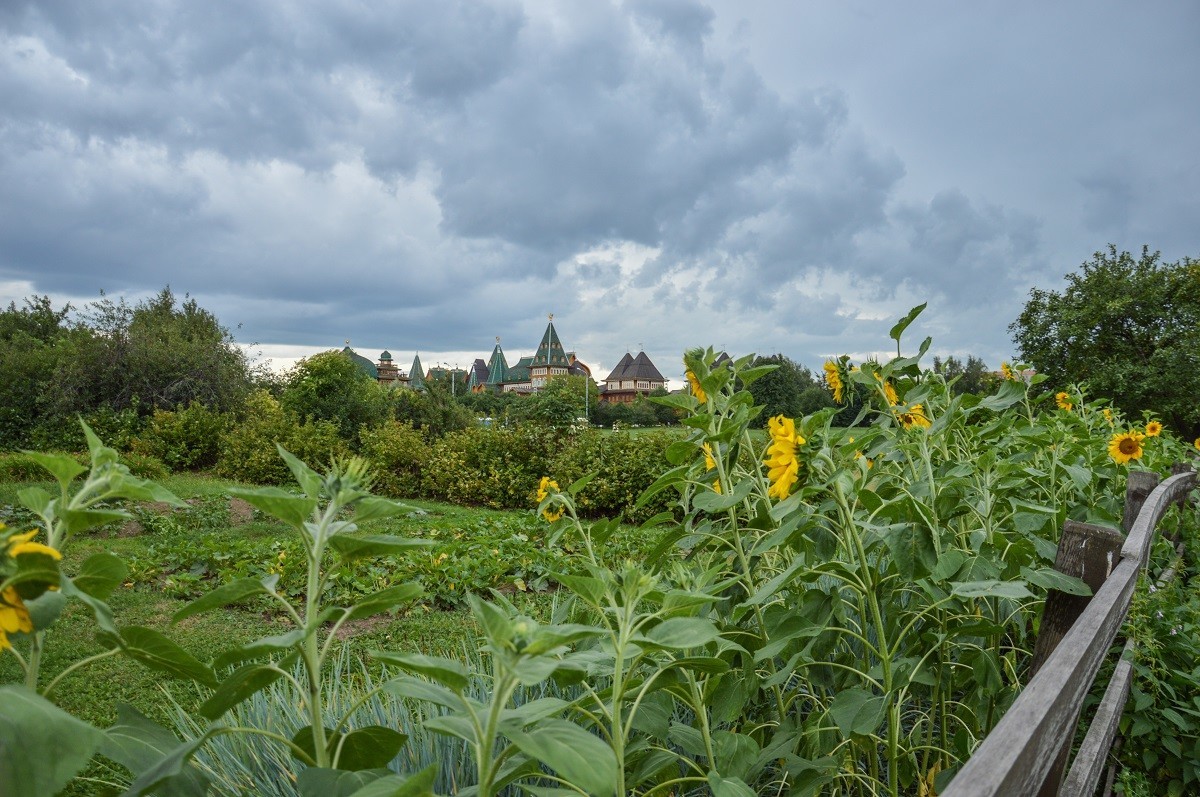