Soviet leaders you (probably) know nothing about 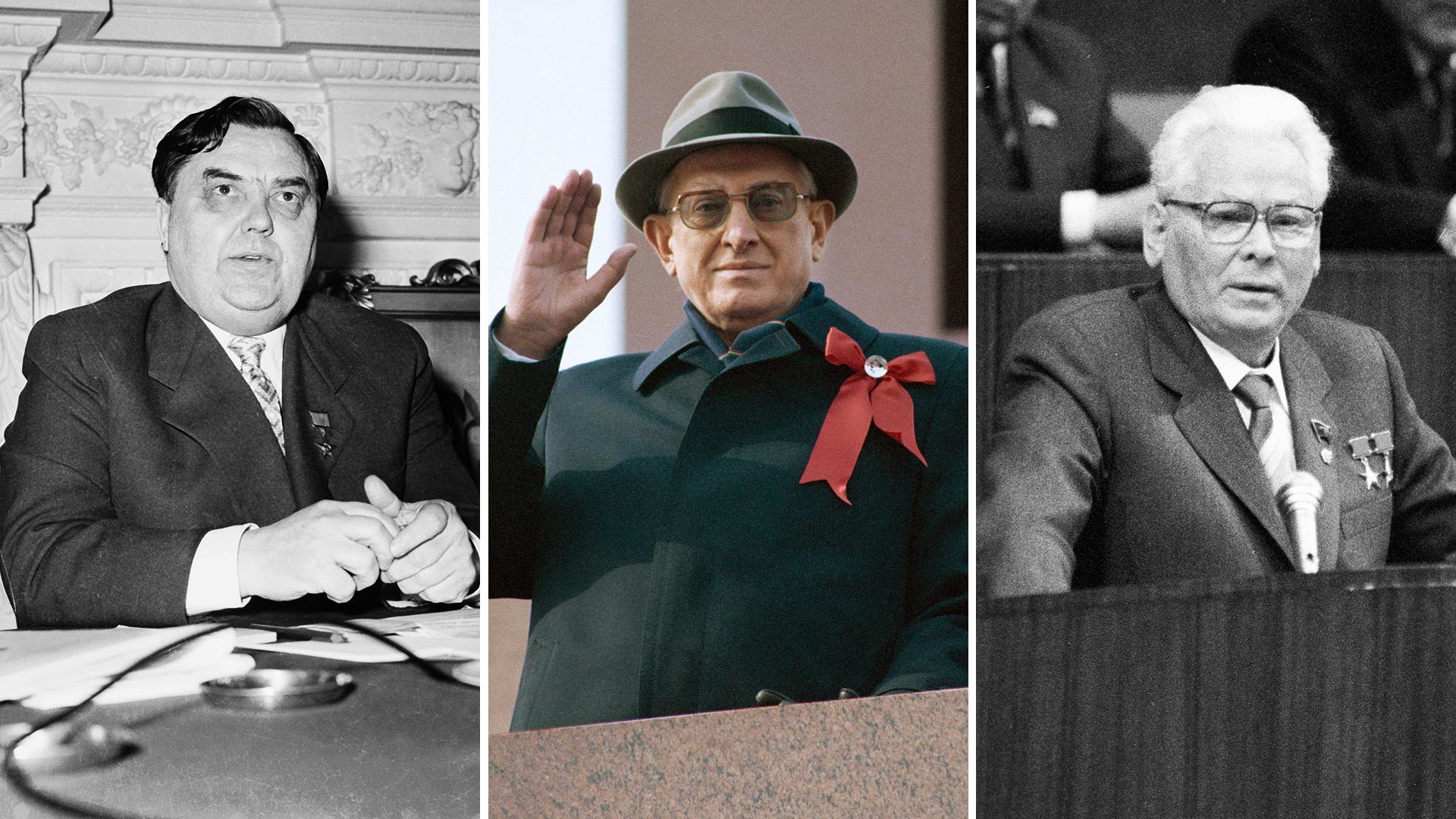 Bettmann/Getty Images; Eduard Pesov/TASS; Yuri Abramochkin/Sputnik
These leaders of the USSR are remembered only by sovietologists. That said, their years in power saw some interesting events, too. 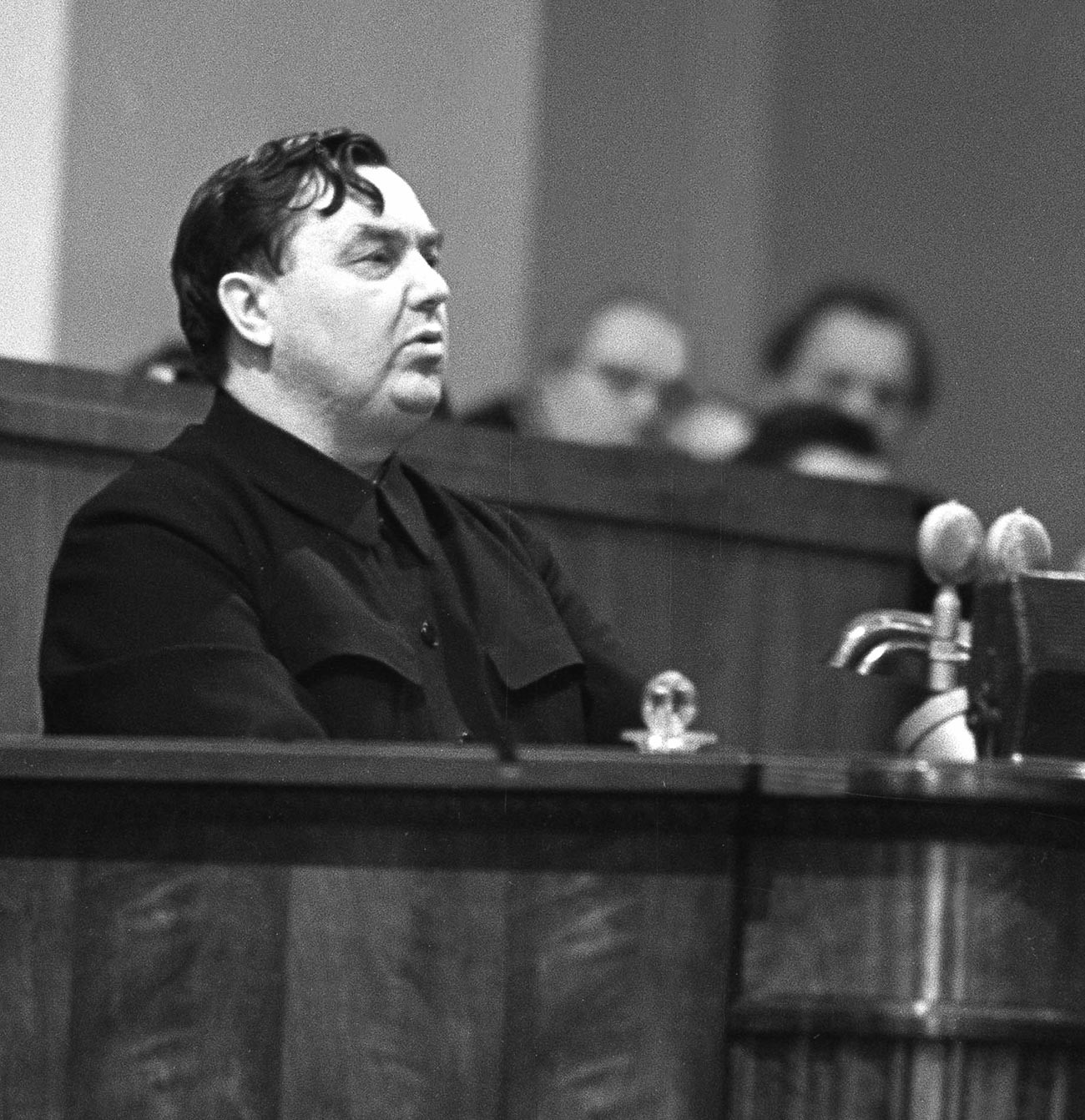 On March 5, 1953, Joseph Stalin died and his post went to one of the late leader’s closest associates, Georgy Malenkov. On the very same day, he was elected chairman of the Council of Ministers of the USSR and immediately established himself in the study of the “father of the people”.

However, Malenkov’s power was not as absolute and boundless as that of his predecessor. Although, as head of government, he held what was considered the most senior position in the country, he had to tread carefully, bearing in mind two other influential figures in Soviet leadership: Lavrentiy Beria, who was in charge of the Ministry of Internal Affairs and security services, and Nikita Khrushchev, who served as secretary of the Central Committee of the Communist Party.

Georgy Malenkov remained at the helm of the state for less than two years. During that time, he managed to reduce defense spending and implement changes in light industry and agriculture, in particular, by lowering taxes for peasants and forgiving collective farms’ debts accumulated over the previous years. As a result, the population of rural areas became considerably better off, which was even reflected in a popular ditty: “Oh, thank you, Malenkov, for allowing me to keep a cow. As for Stalin, let him lie [in the ground], he didn’t let me keep a goat.” 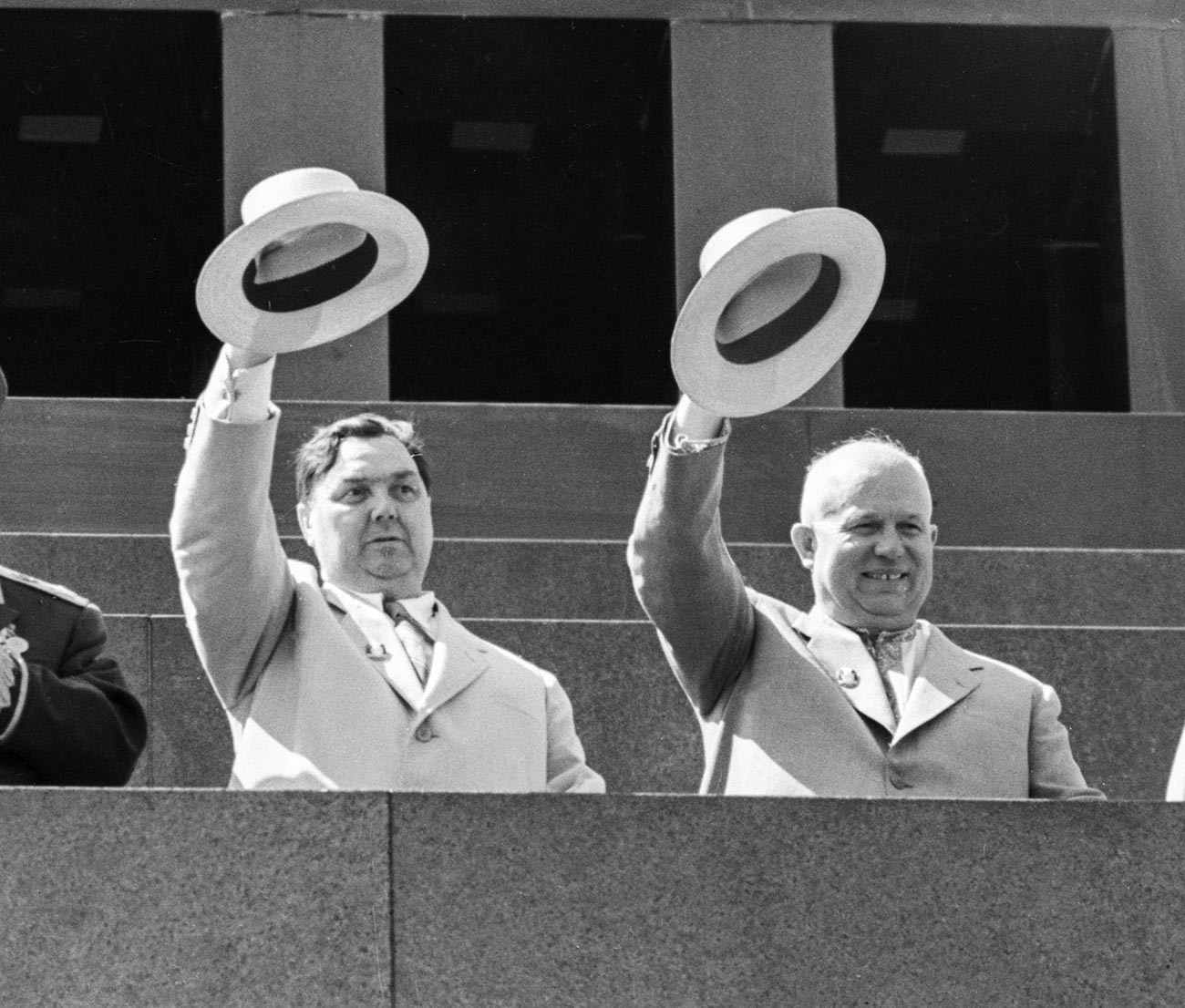 However, there was a group of senior officials who disagreed with Malenkov’s policies. Their leader was Khrushchev. Among other things, they objected to Malenkov’s decision to halve party officials’ remuneration and to what they saw as his neglect of heavy industry and defense policy.

“Formally, he was accused of political miscalculations and mistakes. In fact, his comrades in the collective leadership of the country did not forgive him for starting to take certain important decisions without consulting them. Like Stalin used to do,” Soviet statesman Mikhail Smirtyukov recalled.

Khrushchev was gradually gaining strength and since there were no obstacles left in his path (through his joint efforts with Malenkov, the all-powerful Beria had been arrested and executed in June 1953), he secured Georgy Maximilianovich’s resignation from the post of chairman of the Council of Ministers in early 1954.

For a while, Malenkov was in charge of the Soviet energy sector. However, after an unsuccessful attempt to remove Khrushchev from power in 1957, he fell out of favor and retired from politics for good. 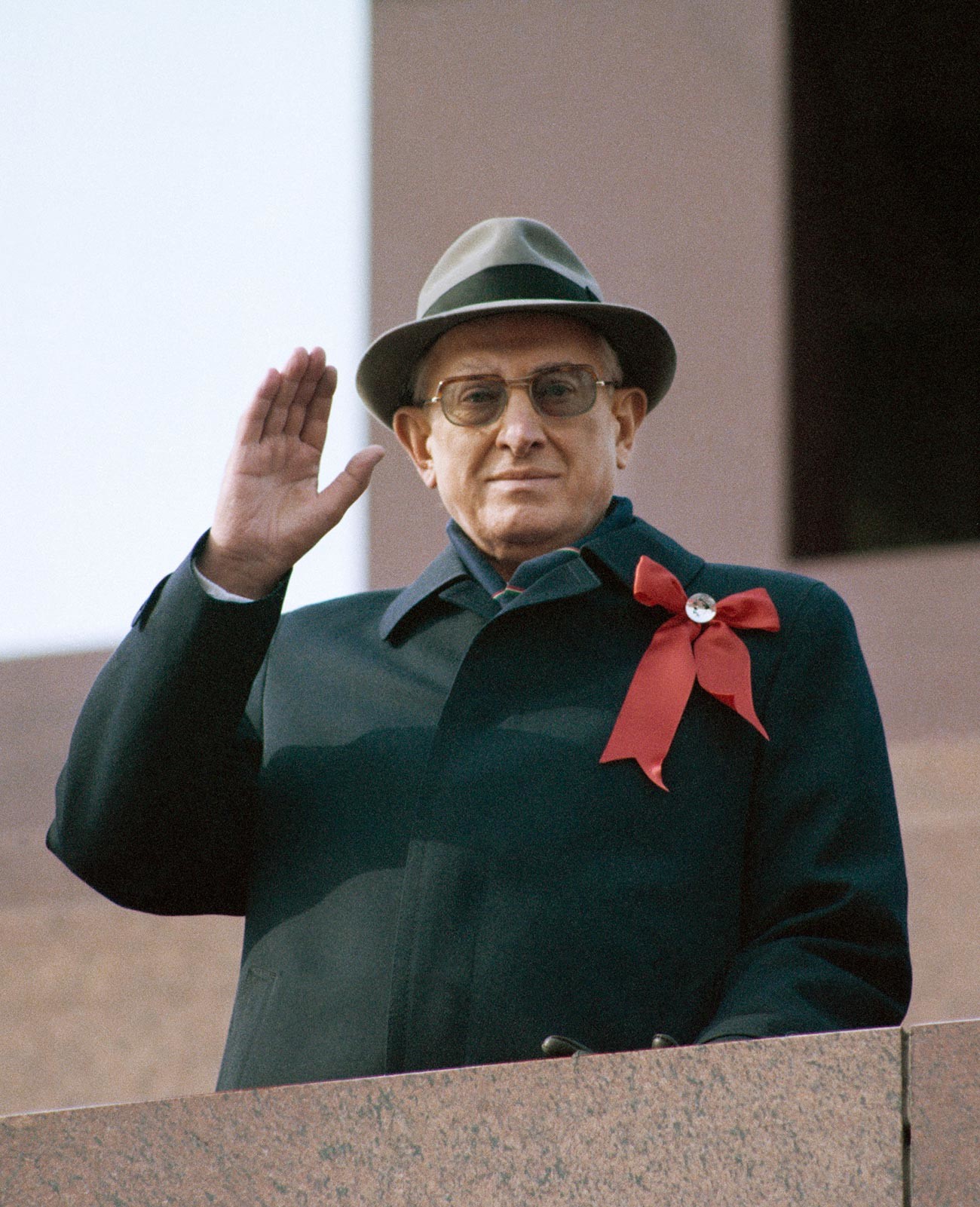 On November 12, 1982, Yuri Vladimirovich Andropov, who had headed the KGB for 15 years, was elected to the post of General Secretary of the Central Committee of the Communist Party. However, he was to serve in this highest position in the union for less than 18 months.

“Andropov was not only held in high regard among security officials. When he was elected General Secretary of the Central Committee, most people welcomed it, despite the fact that he was the chairman of the KGB, an organization which, frankly speaking, was not exactly popular. But people felt that he was the type of leader that was needed at the time,” recalled KGB first deputy chairman in 1985-1991 Filip Bobkov.

Andropov’s short time in power was marked by a large-scale fight against corruption, profiteering and fraud in the retail sector, as well as a purge of the party apparatus. For example, in the short time that he was in office, 18 ministers lost their jobs.

For ordinary Soviet people, Yuri Andropov was mainly associated with a campaign aimed to “restore order” and “strengthen discipline”, with police squads raiding cinemas and department stores during working hours in search of those who were playing truant from work or studies. Also, prices for many goods went up, but, at the same time, cheap vodka appeared, which became popularly known as ‘Andropovka’. 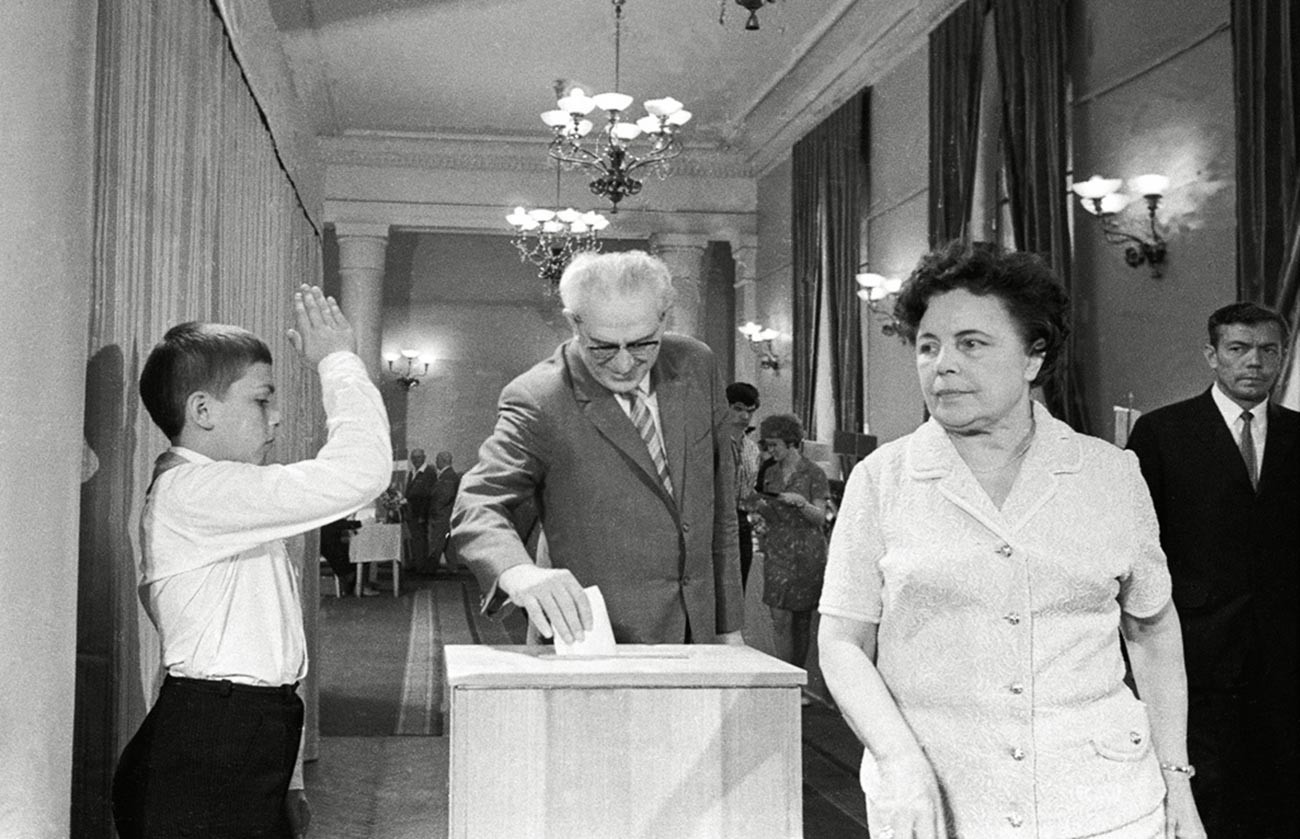 The Secretary General saw an urgent need to reform the country. It was under him that the so-called “large-scale economic experiment” began, whereby enterprises received more powers and switched to completely new economic conditions. Another novelty was the introduction of the practice of holding preliminary discussions of important government decisions in work collectives.

However, the full-scale implementation of these political and economic transformations in the USSR was cut short by Andropov’s poor health. On February 9, 1984, he died of acute kidney failure.

“I am convinced that had fate granted Yuri Vladimirovich several more years, there would have been no disastrous turmoil, no bloody interethnic conflicts, no widespread weakening of state power,” said the chairman of the Supreme Soviet of the USSR in 1990-1991, Anatoly Lukyanov. 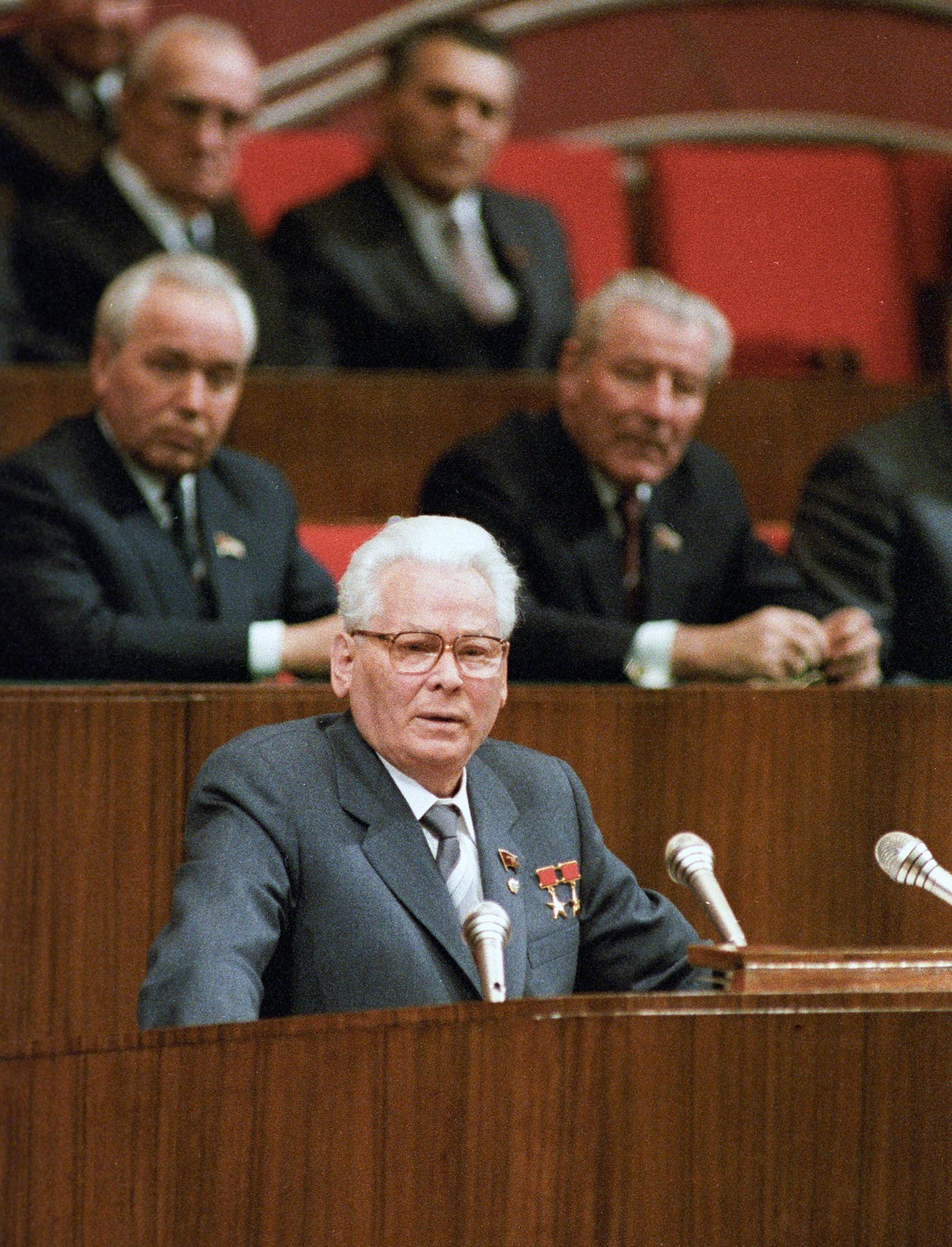 Konstantin Ustinovich Chernenko, who replaced Andropov as General Secretary of the Central Committee of the Communist Party, became the oldest leader of the USSR to come to power in the country. At the time of his election, he was 72.

Chernenko largely continued the policy of his predecessor to modernize the country. It was he who first spoke of “perestroika”, which later became associated with Gorbachev, saying that “the system of government in the country, our entire economic mechanism” were in need of it.

Konstantin Ustinovich gradually rolled back police raids on truants, while his approach to the fight against corruption was softer and calmer than that of his predecessor. Nevertheless, under him, the investigation into the so-called “otton case” of large-scale economic abuses in the Uzbek SSR continued, while the director of Moscow’s famous Eliseevsky grocery store, Yuri Sokolov, was found guilty of embezzlement and executed. A new impetus was given to the investigation into corruption in police ranks, which eventually led to the suicide of the dismissed minister of internal affairs, Nikolai Shchelokov. 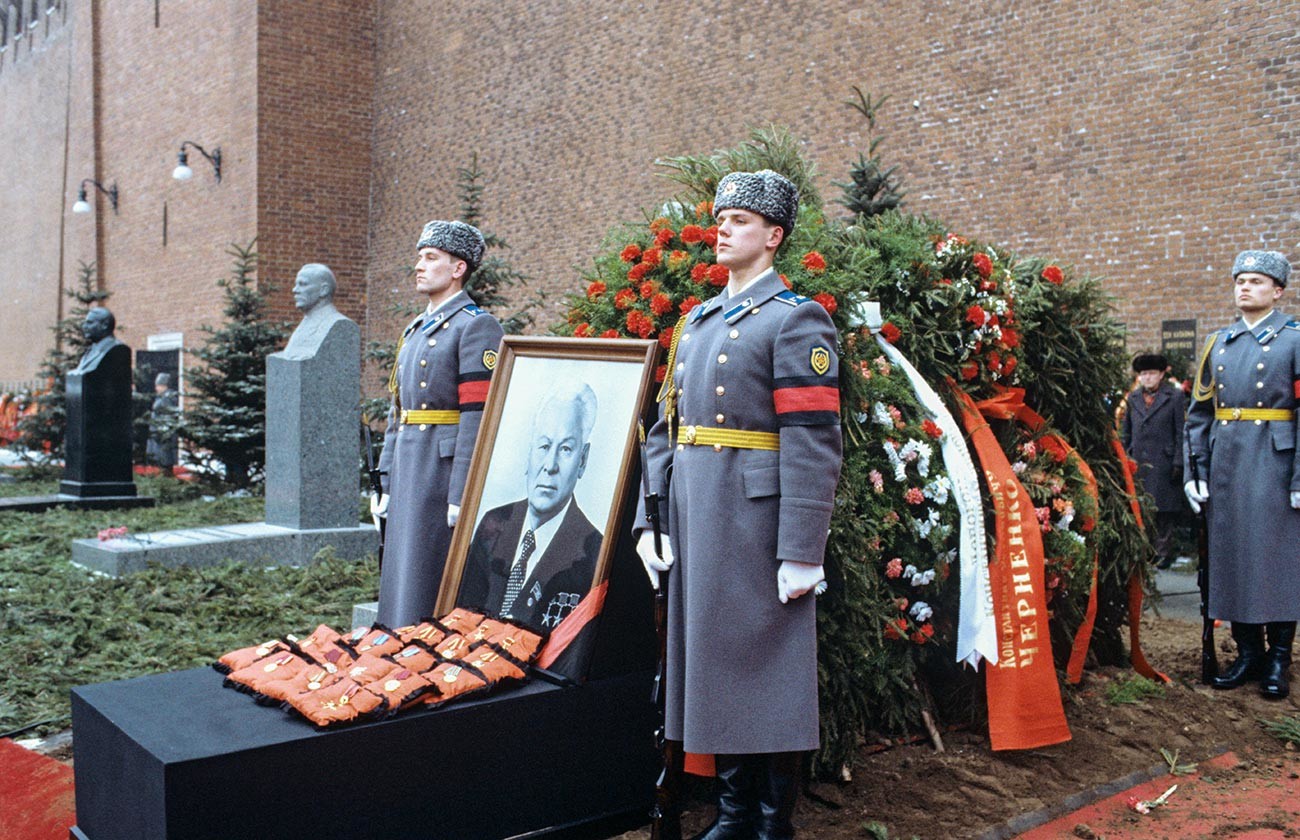 “I think, Chernenko, who came to power for a short time, wanted to remain in history as a peacemaker. He told Vice-President Bush, who came to Andropov’s funeral, that the USSR and the United States were not innate enemies,” Soviet diplomat Anatoly Adamishin wrote in his book Over the Years. Konstantin Ustinovich authorized the resumption of Soviet-American talks on nuclear and space weapons. At the same time, the Soviet Union boycotted the 1984 Los Angeles Olympics in retaliation for the U.S. boycott of the 1980 Moscow Olympics.

Chernenko’s attempt at a political rehabilitation of Stalin ended in failure. But he did manage to restore party membership to the 94-year-old former minister of foreign affairs, Vyacheslav Molotov, who had been expelled from its ranks by Khrushchev back in 1962 “for anti-party factional activities and active participation in mass repressions”. Ironically, people began to joke that Konstantin Ustinovich had found a successor.

Chernenko died of cardiac arrest on March 10, 1985, and became the last Secretary General to be buried by the Kremlin wall. On the following day, Mikhail Gorbachev became the new head of the Soviet Union.