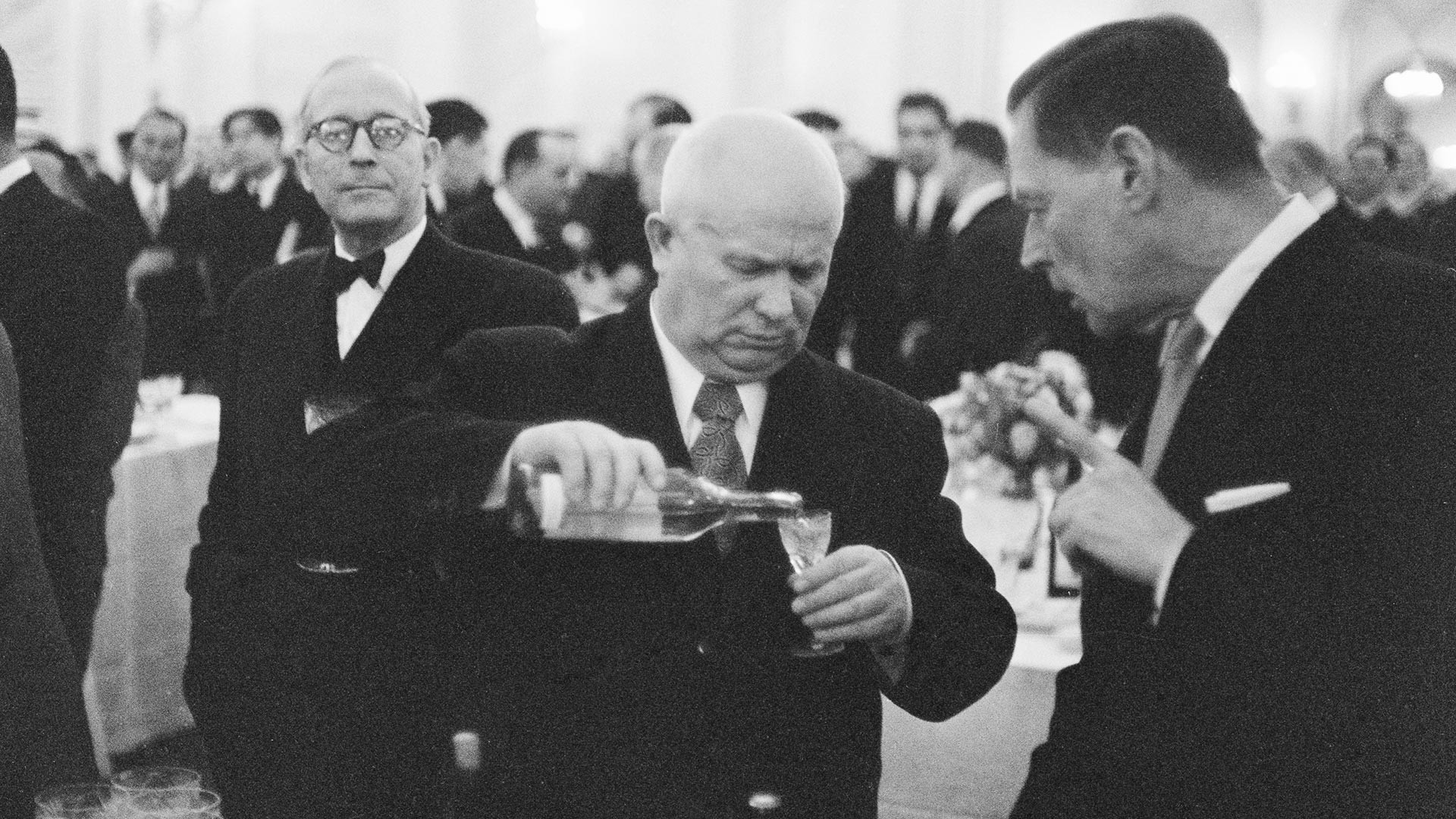 Nikita Khrushchev drinking with Charles E Bohlen, the US Ambassador to the Soviet Union, at an official function, 1955

Getty Images
This guy was actually… quite ridiculous. He didn’t hide the fact that he came from simple origins and was often tactless and direct in his manner, becoming the butt of many jokes among the Soviet people. He was sincere even on official visits and receptions. 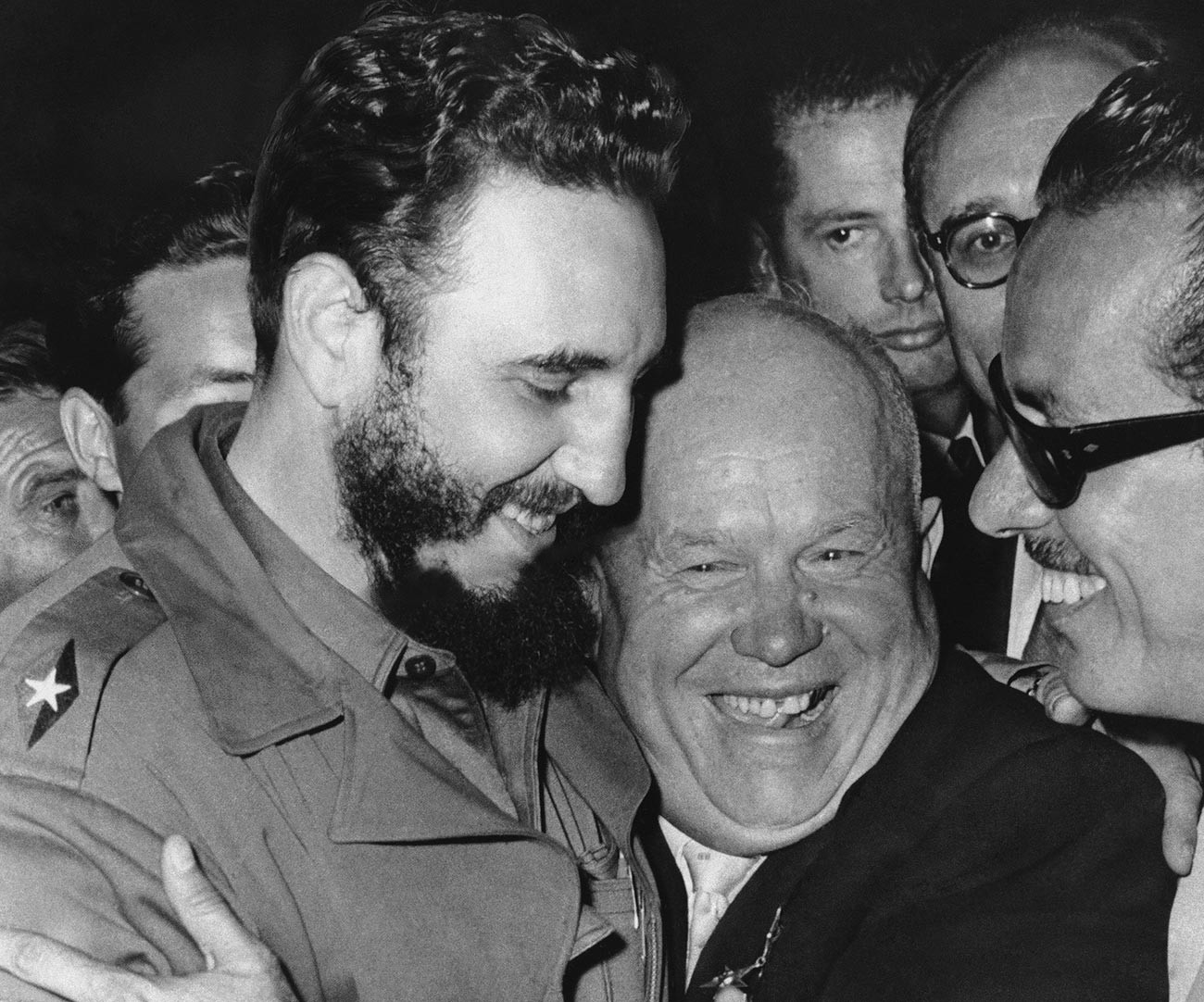 And Nikita was so happy to see Fidel in Moscow in 1963 that he even invited him on the top of Lenin’s Mausoleum - a rare honor. 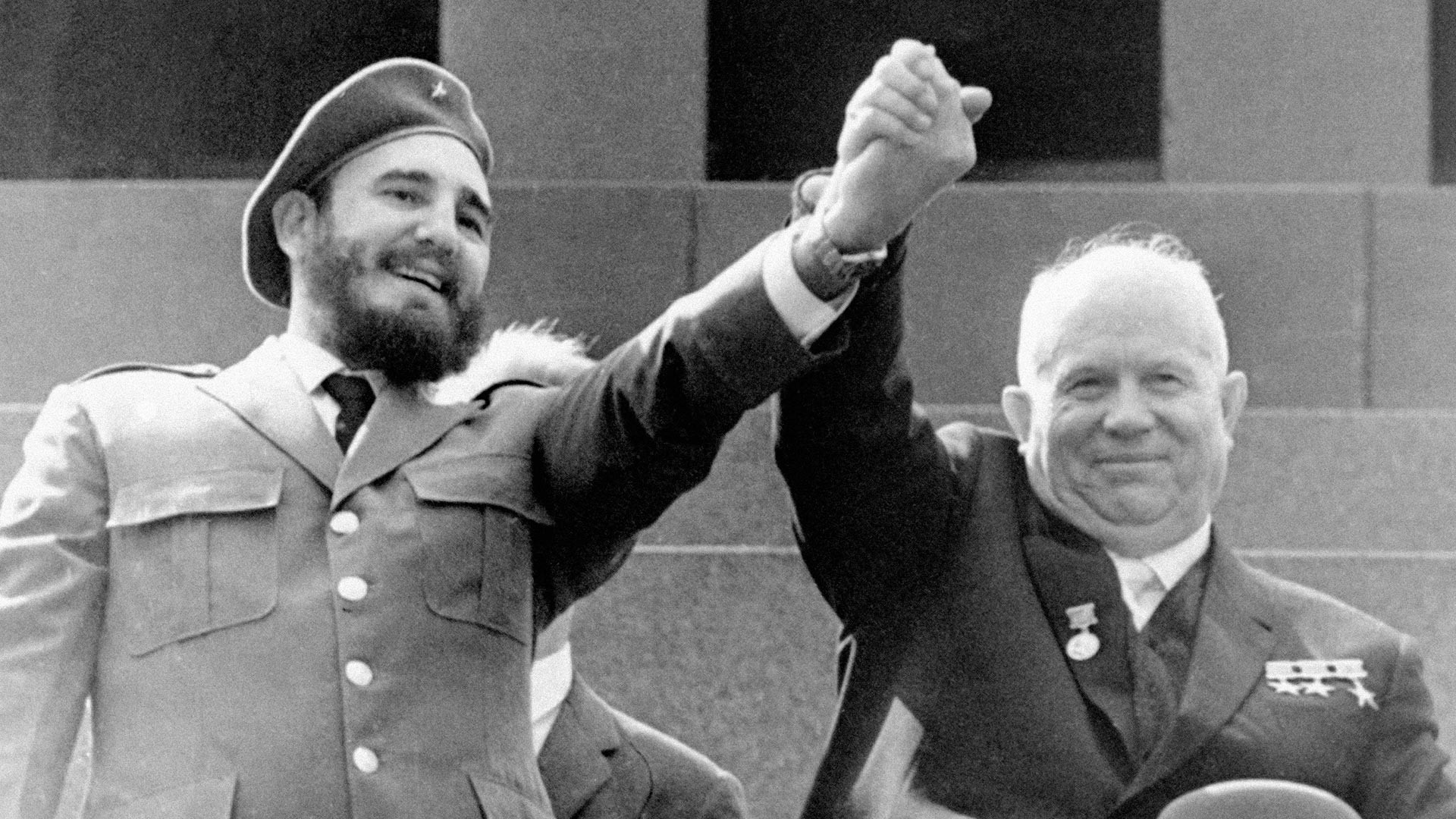 However, Fidel doesn’t seem so happy... 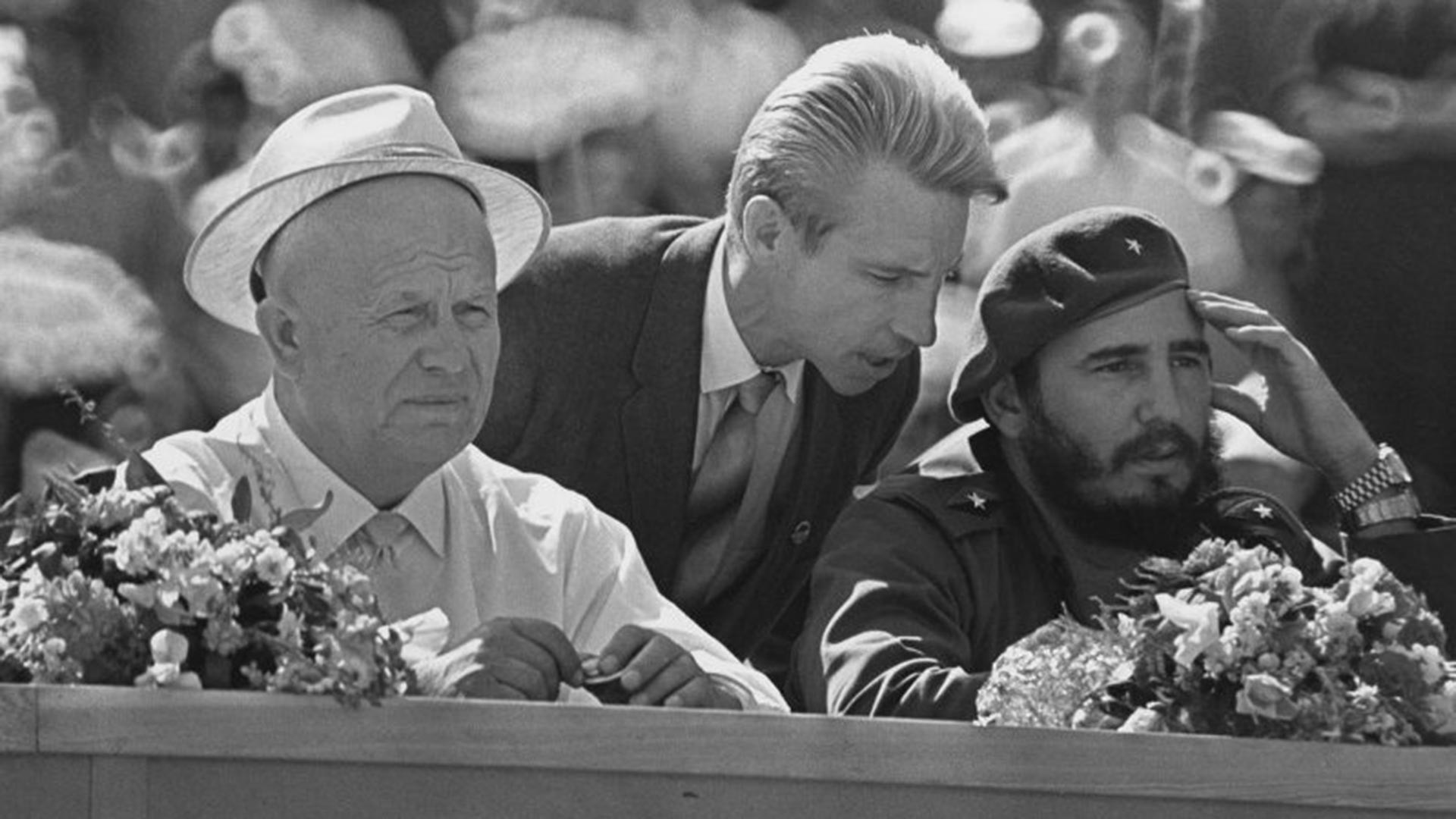 In 1959, Khrushchev had a tour of the U.S. He became friends with American farmer Roswell Garst and was amazed by the vast amounts of corn… 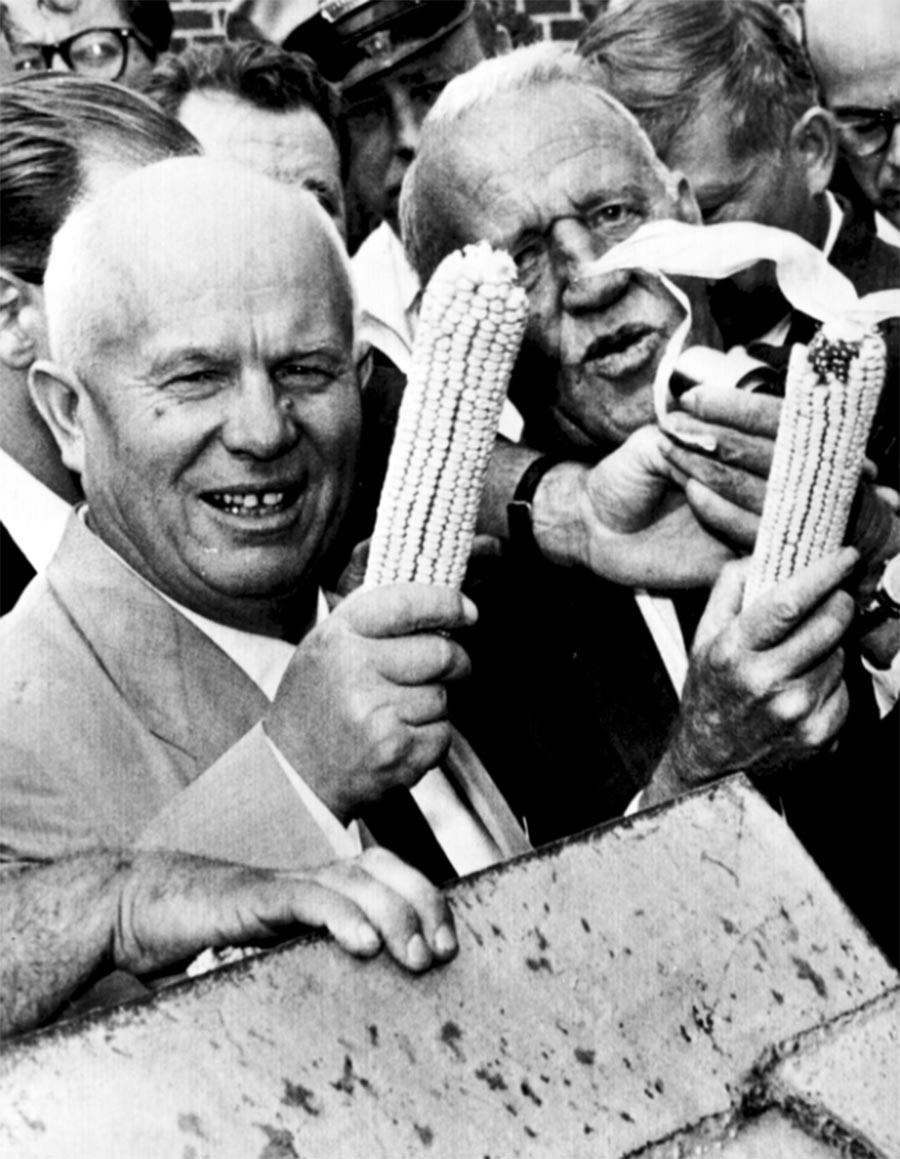 Seriously, there are dozens of photos with Khrushchev and corn cobs in the U.S. 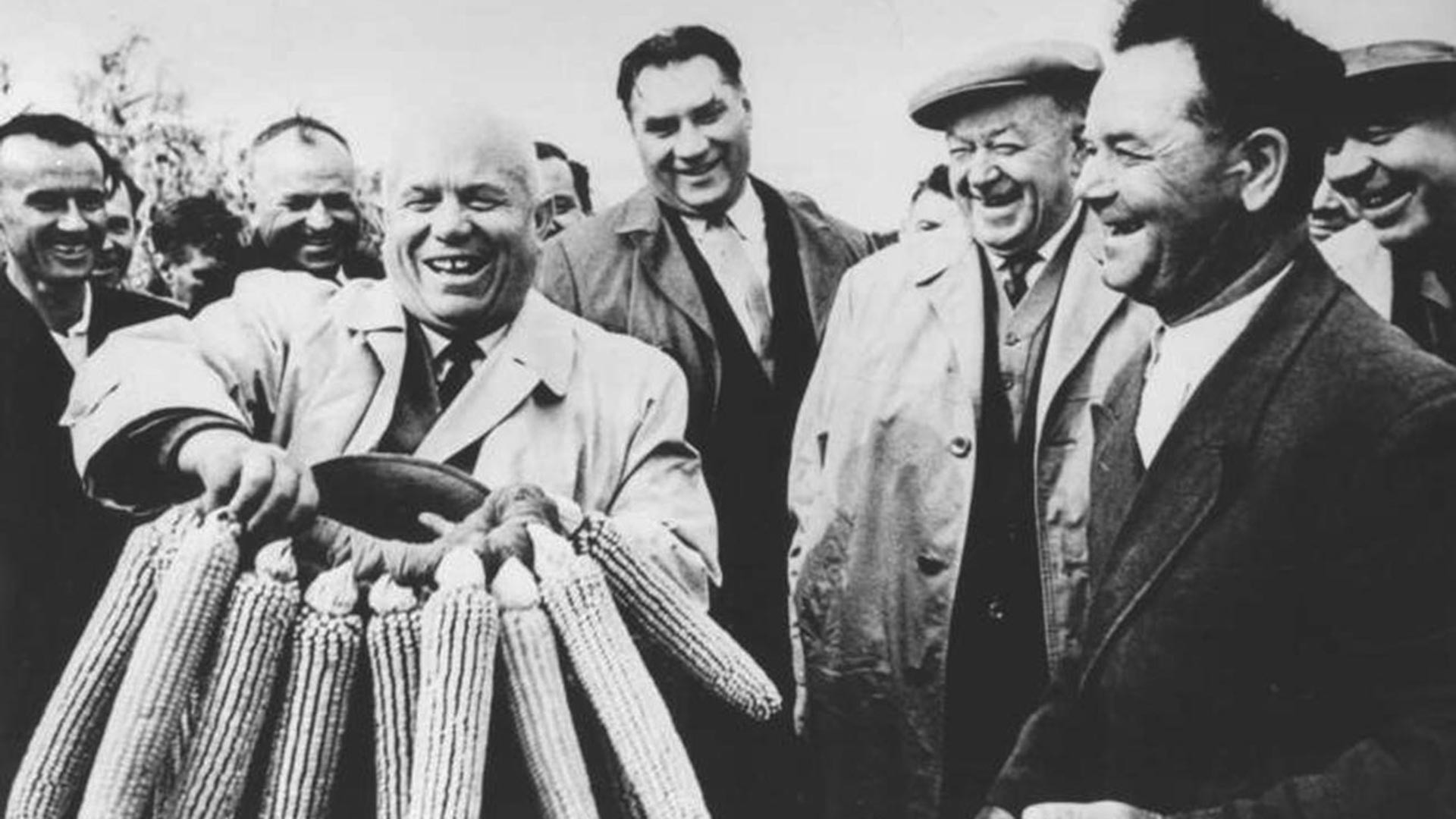 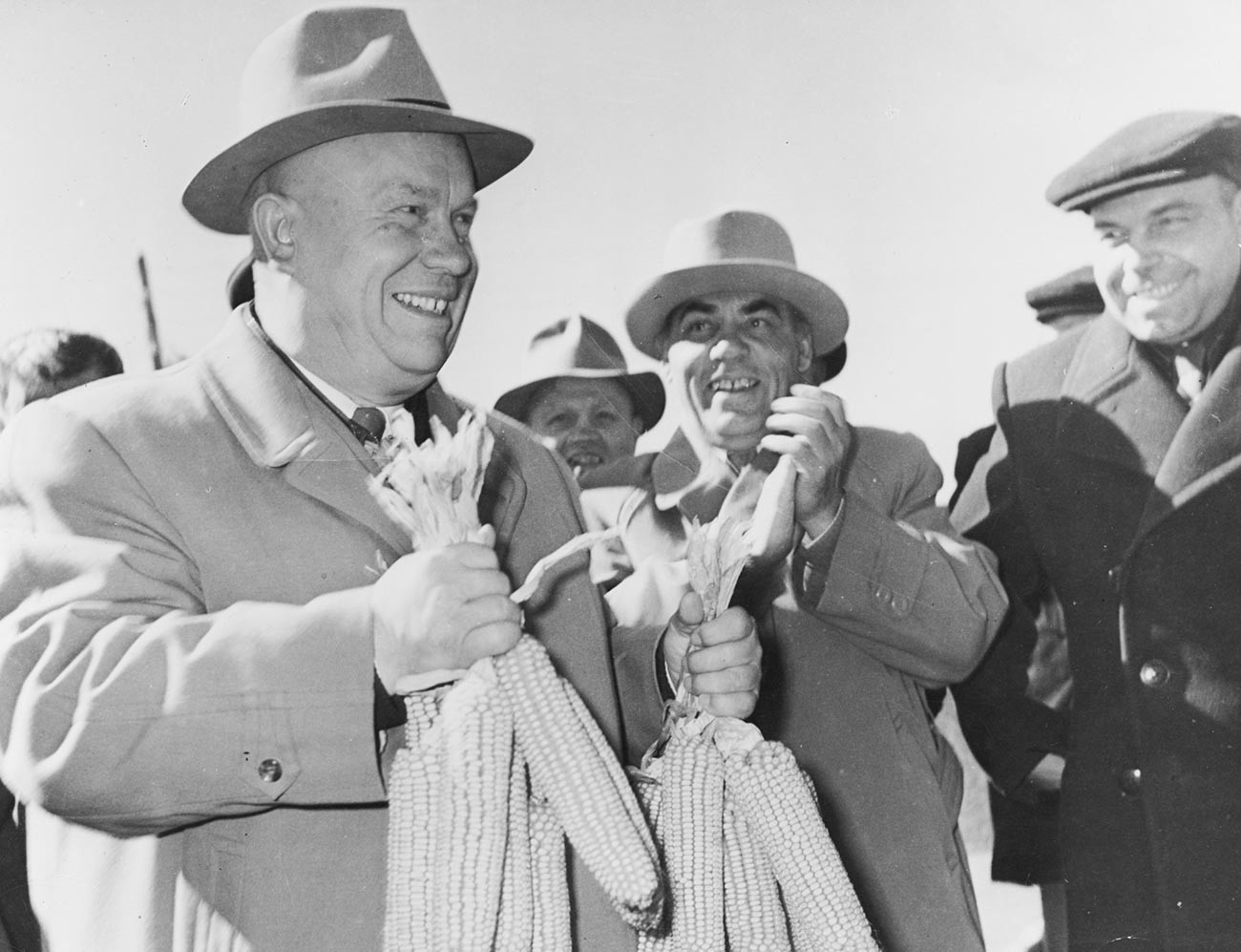 And then, in 1960 he launched a corn campaign in the USSR and wanted to sow enormous amounts of it. But the plan failed. 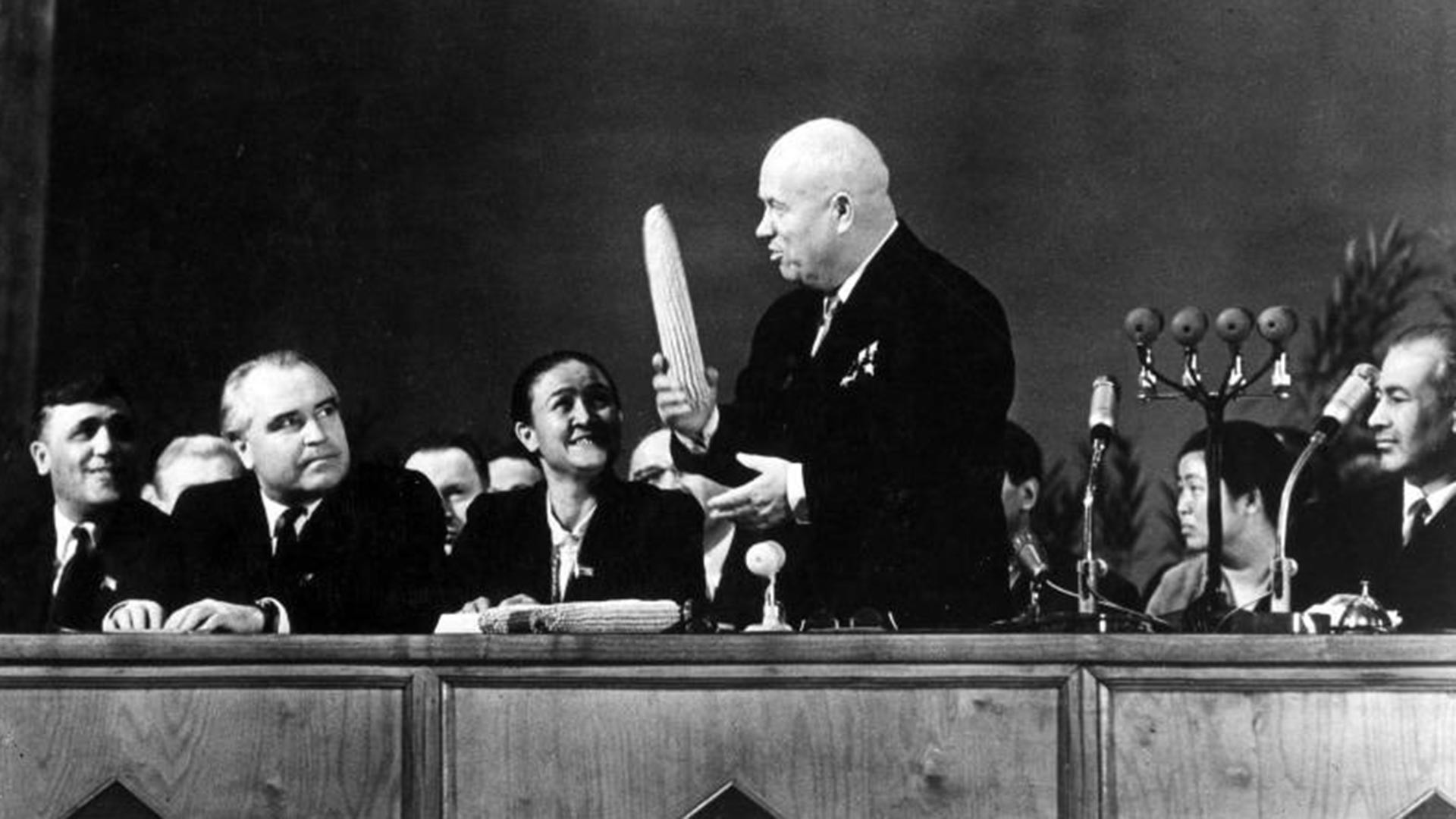 And here is Khrushchev making fun of the girth of an Iowa man. Why not? 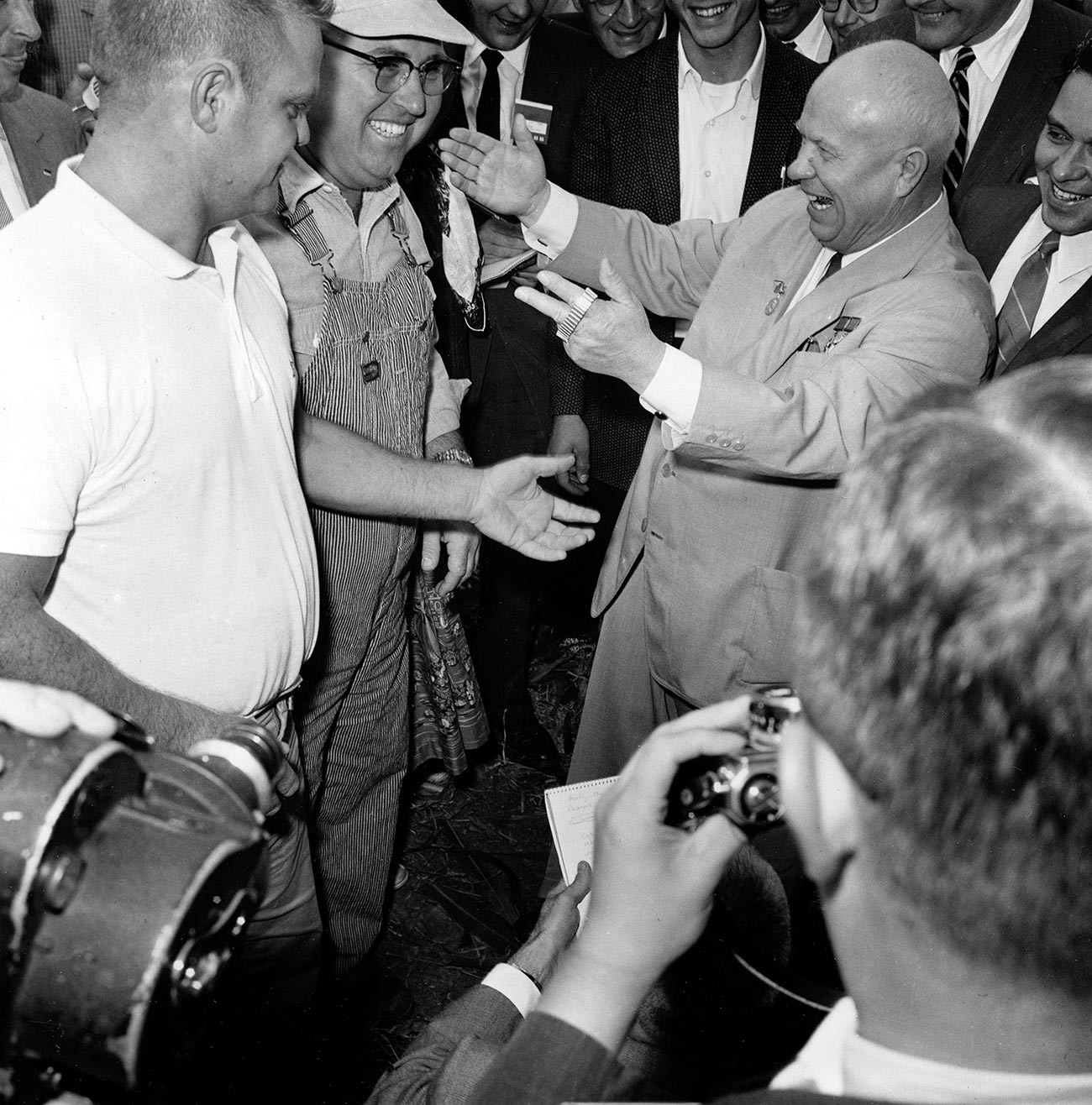 In 1960, he made a legendary speech at the UN and is purported to have shaken his shoe (which is a myth, he only promised to show everyone ‘Kuzma’s mother’) 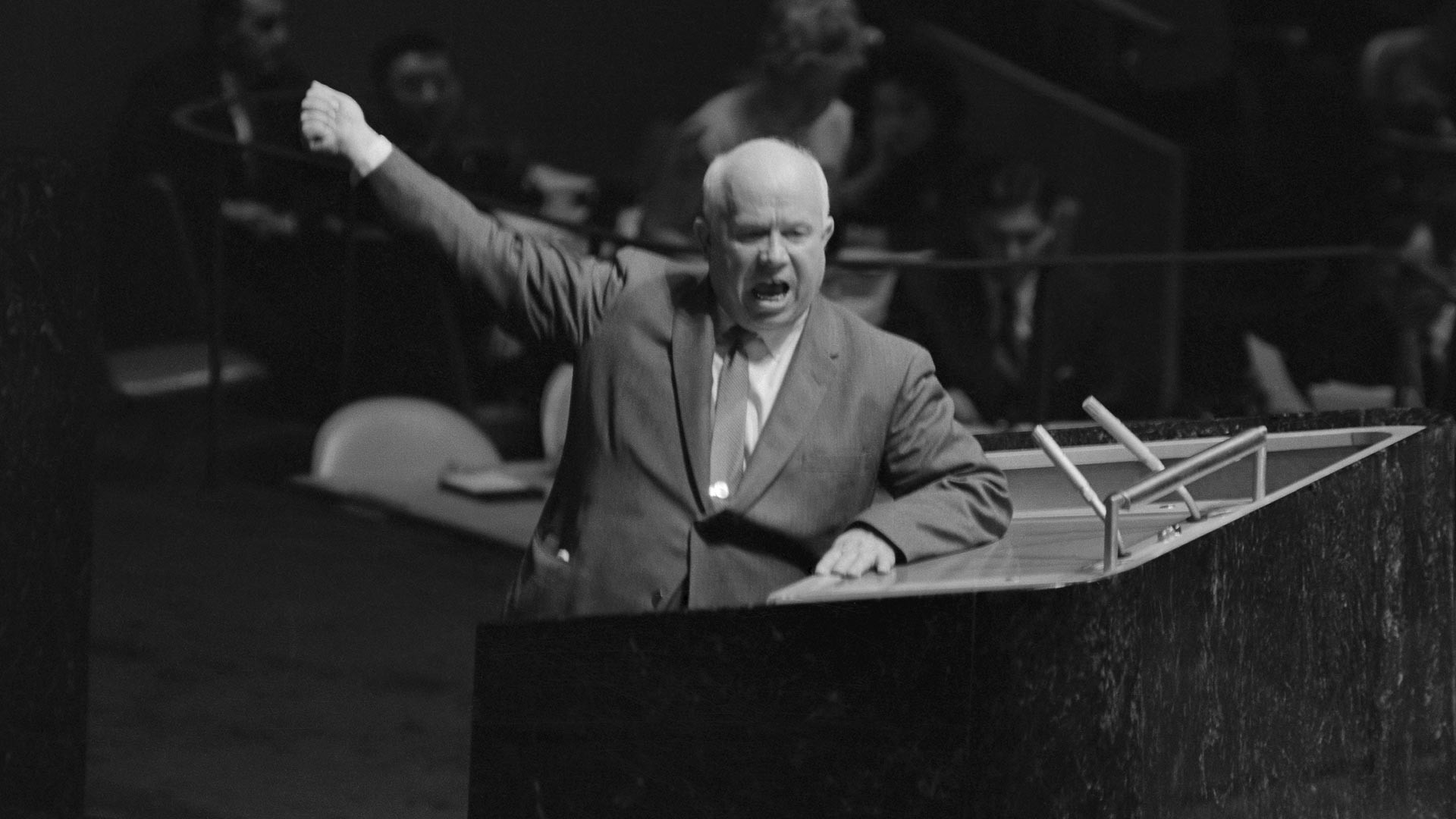 And he was fortunate to meet Jacqueline Kennedy. Isn’t he shy? Or did he hesitate whether to kiss her hand or to shake as a real communist. 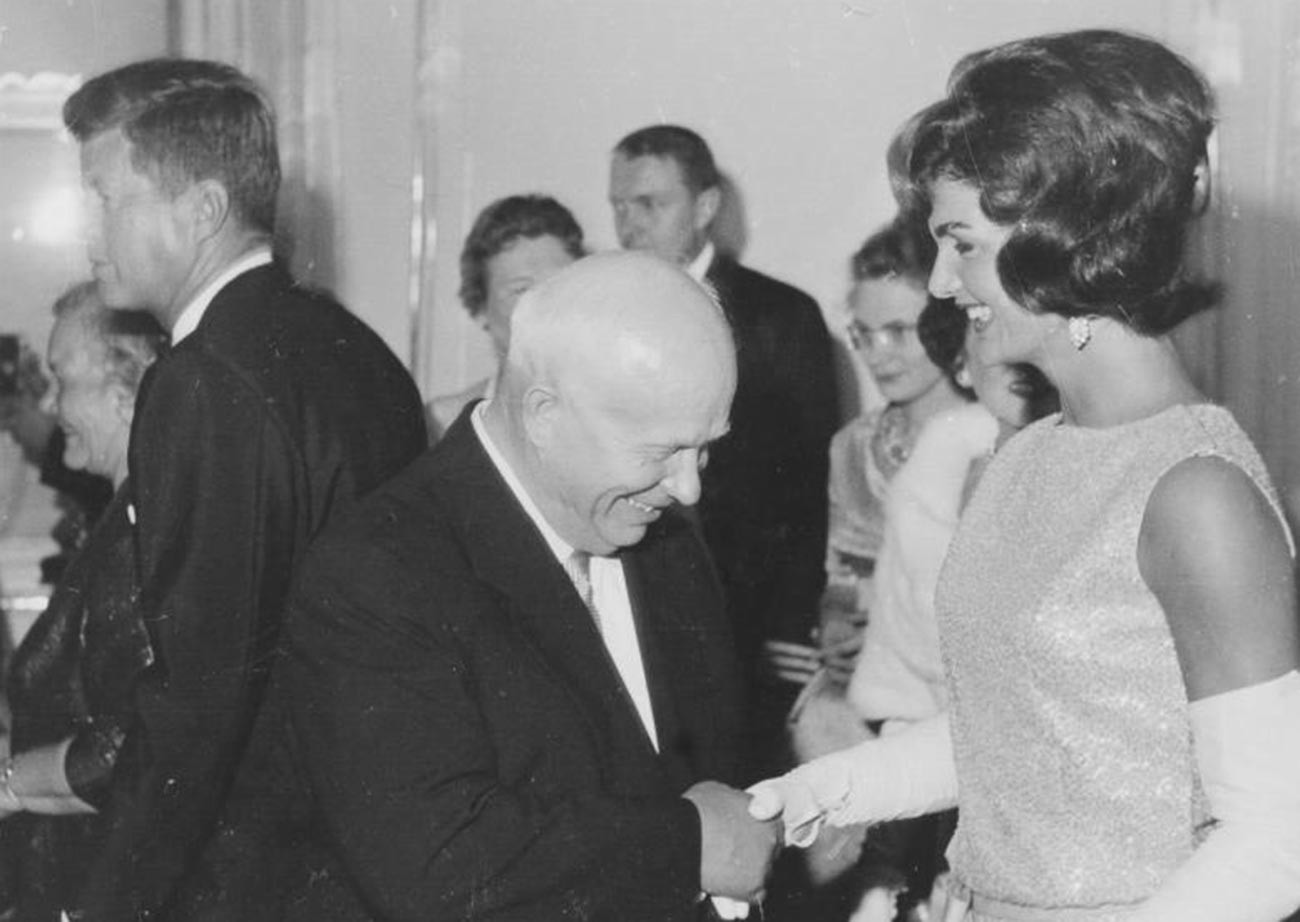 In 1955, Khrushchev did a big tour across India. Nice dress! 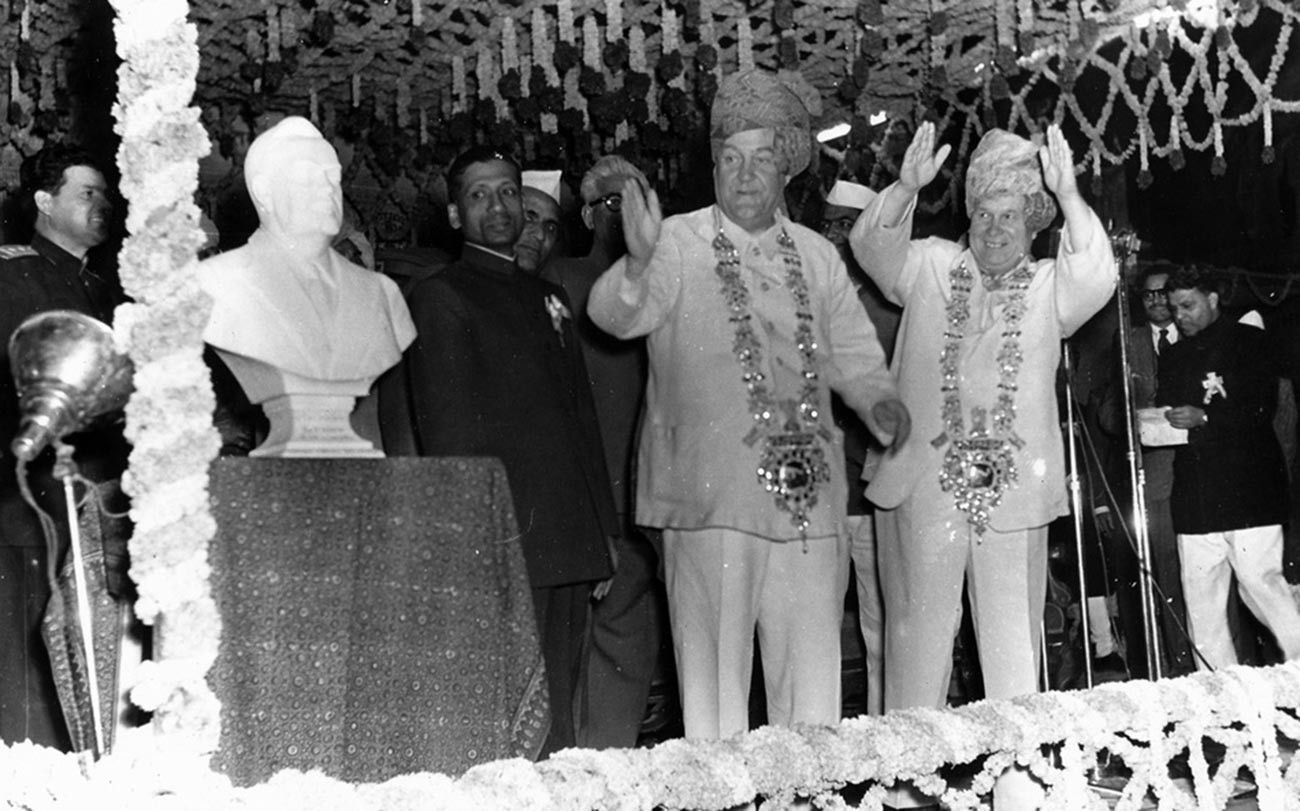 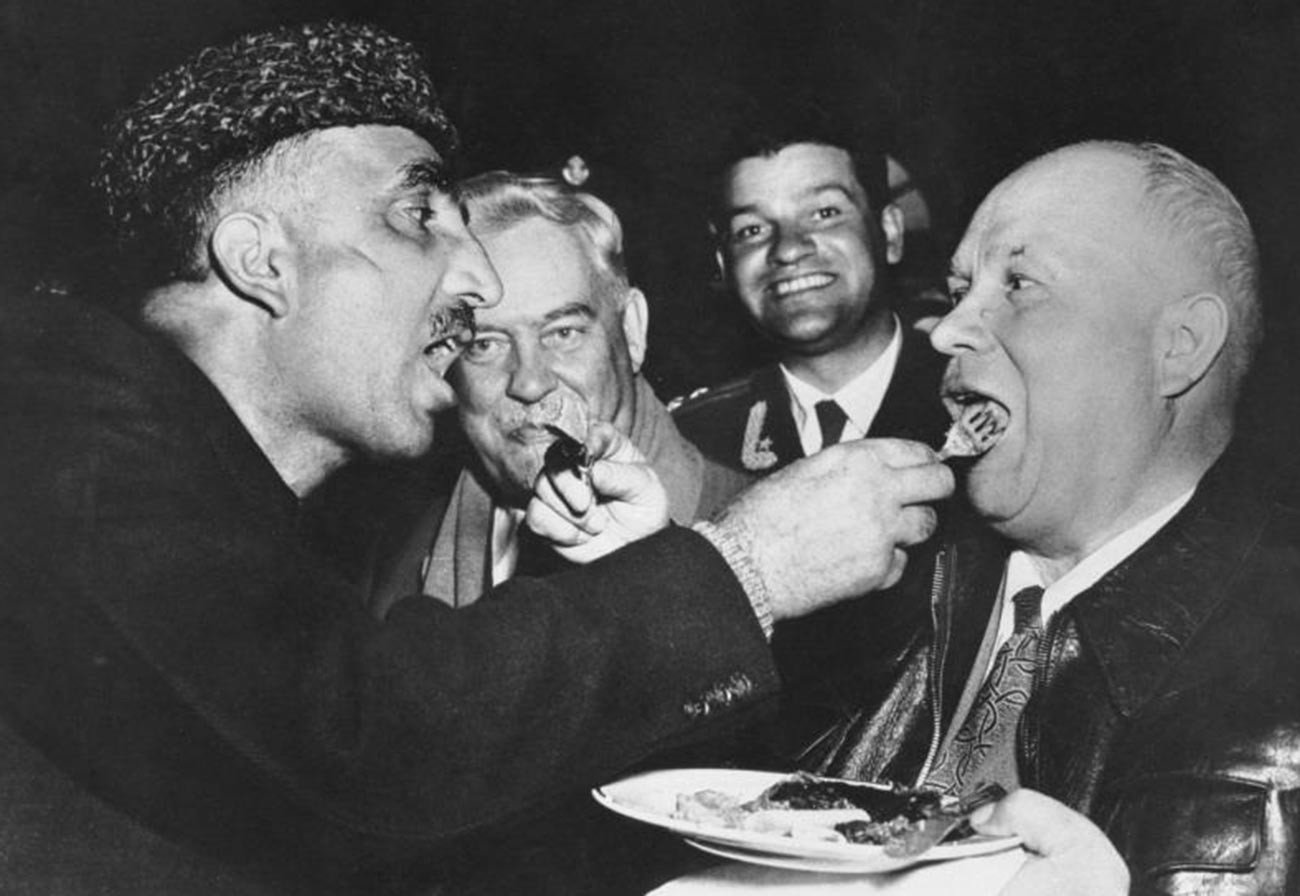 A photo with Chinese leader Mao Zedong during Khrushchev’s 1958 visit to China. Hot! 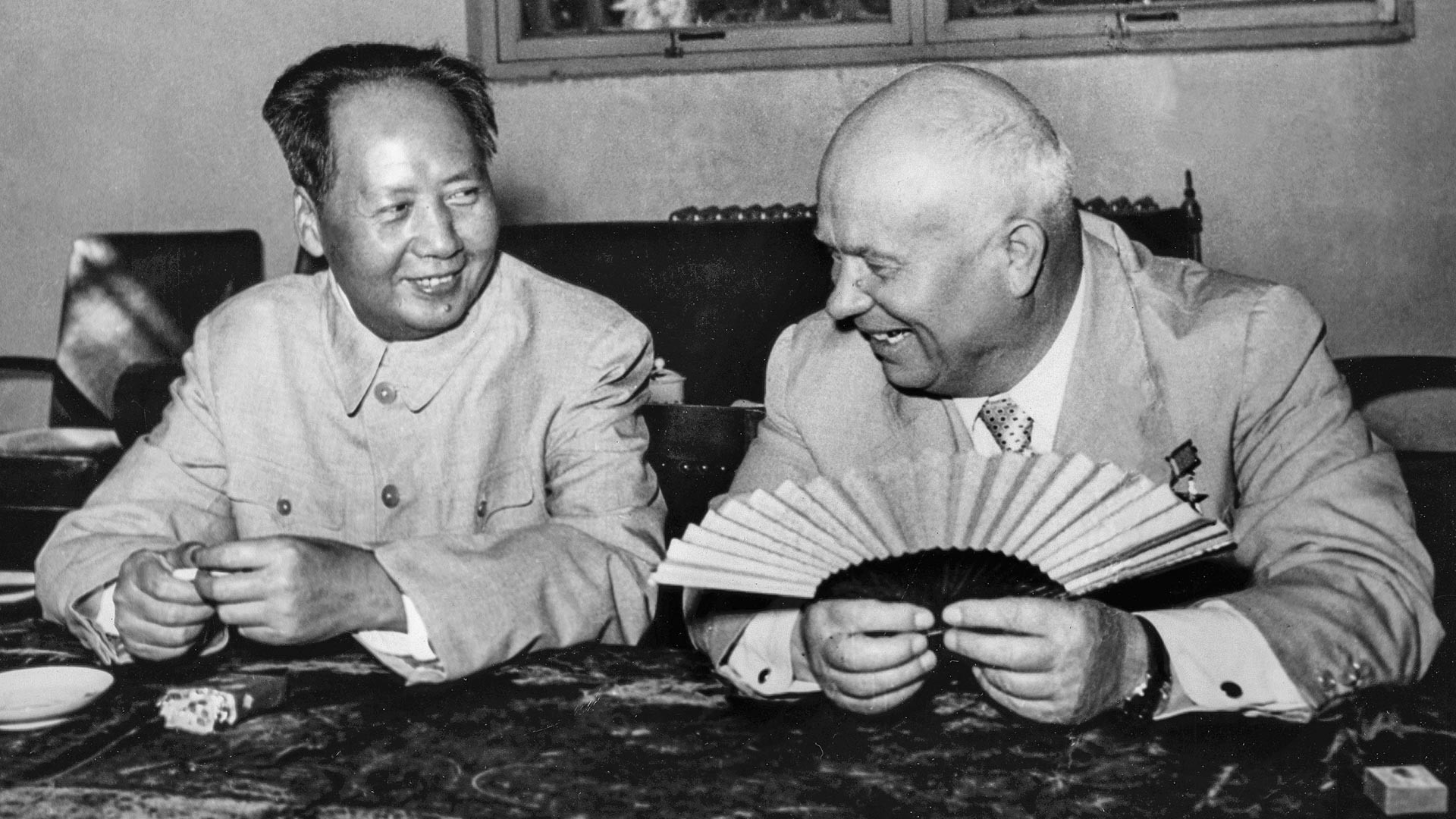 In 1960, Khrushchev made a visit to Hungary, a country that was part of the Eastern bloc. He was a welcomed guest. 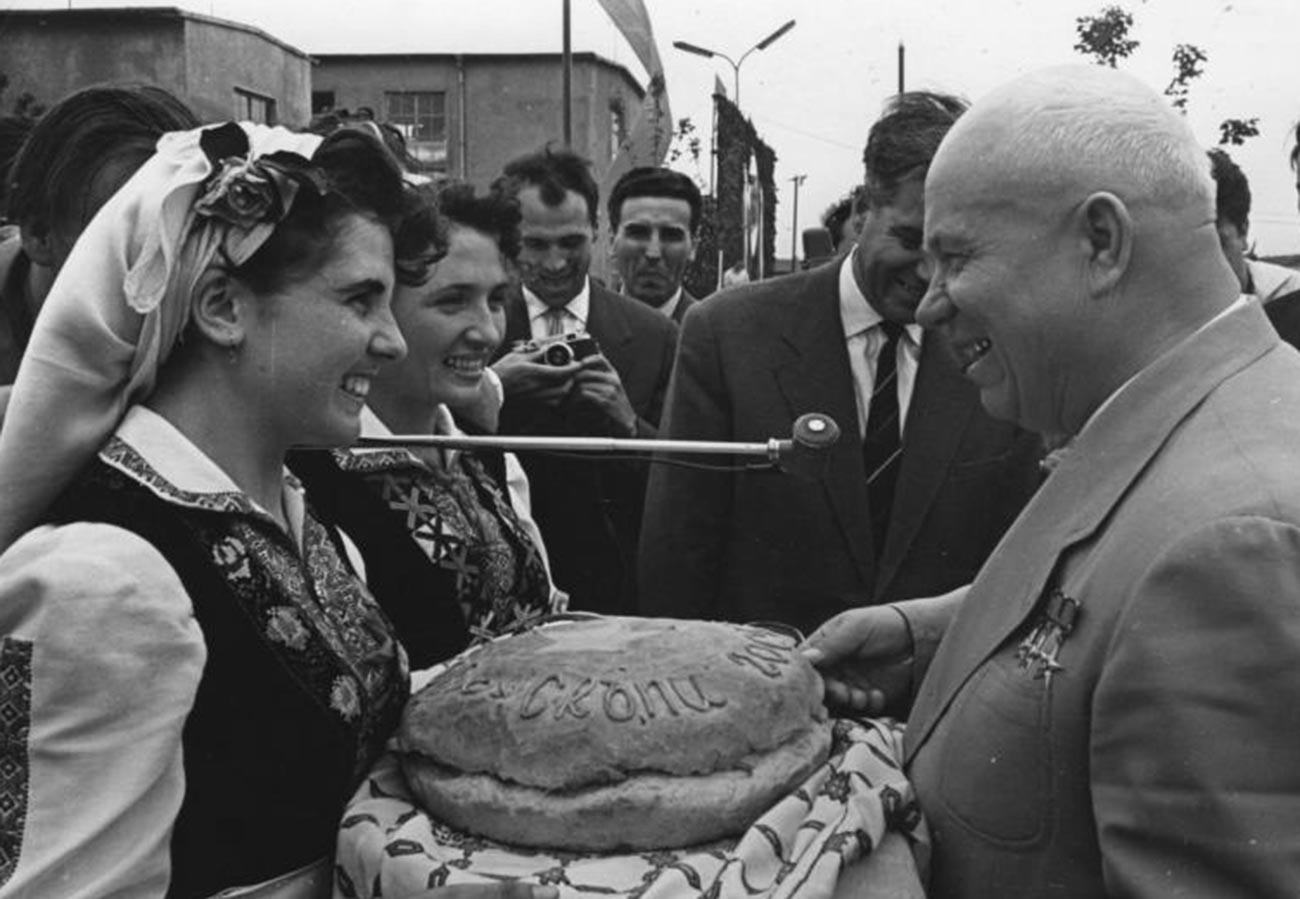 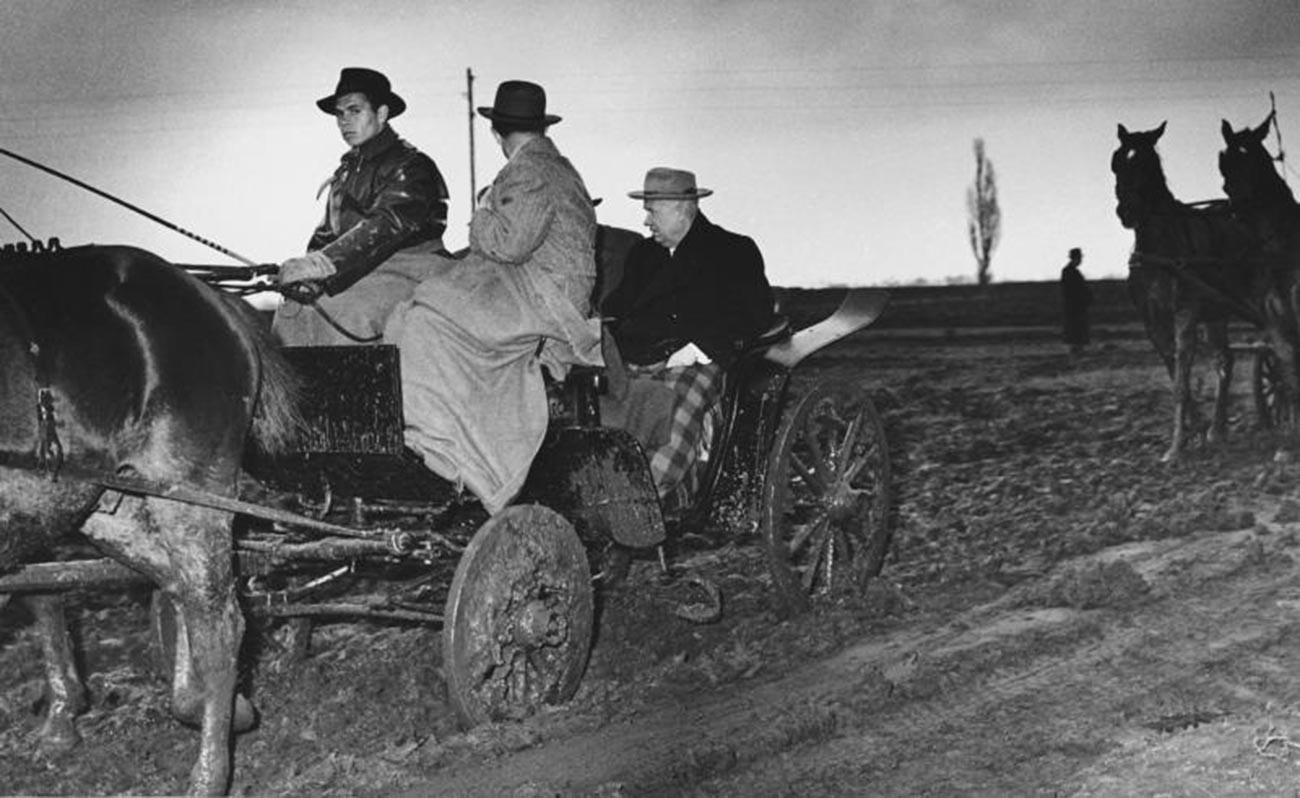 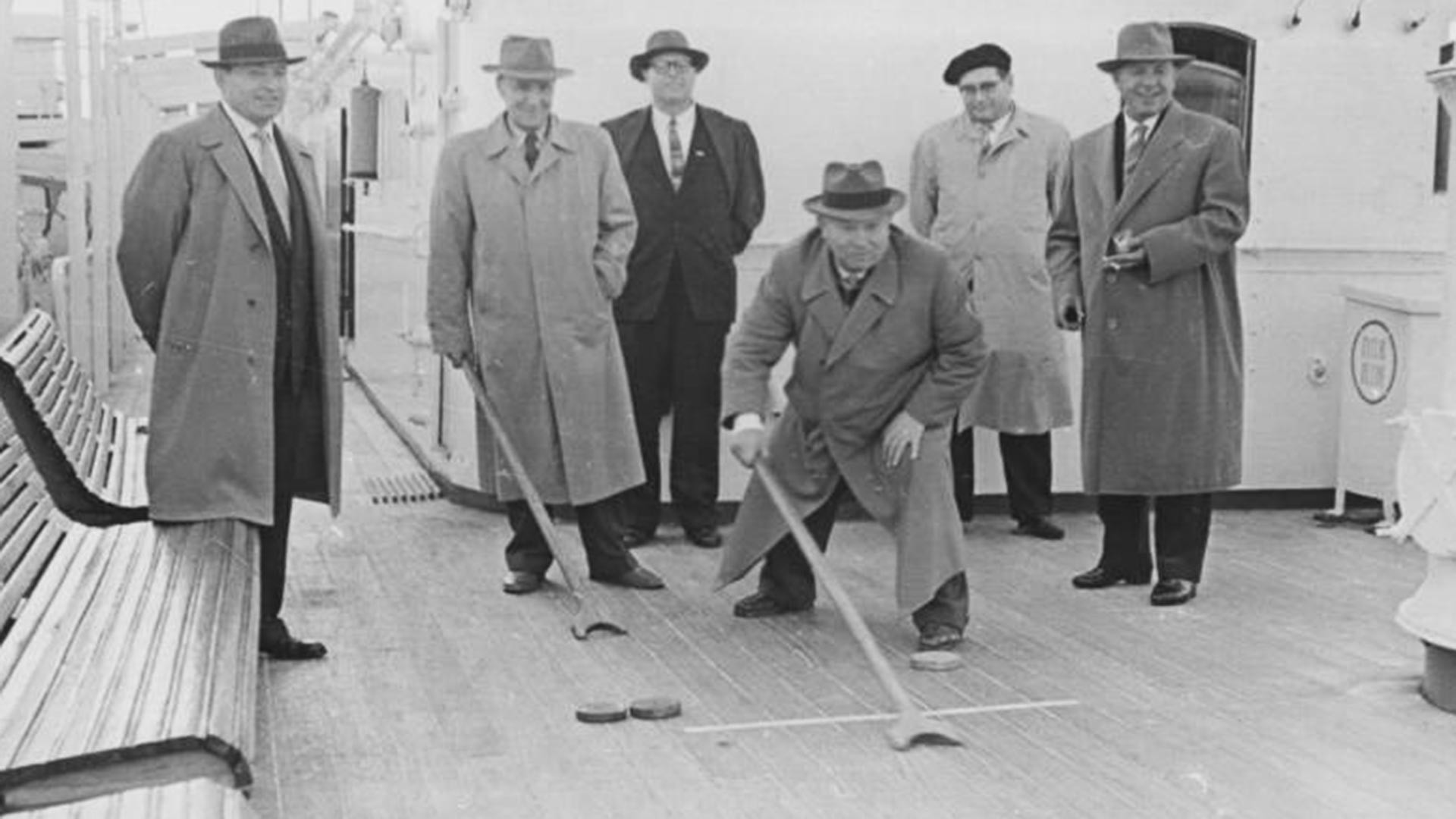 Another big communist friend who deserves hugs was Walter Ulbricht, the leader of East Germany (well, his successor, Erich Honecker, also earned a legendary kiss from Leonid Brezhnev that was immortalized on the Berlin wall) 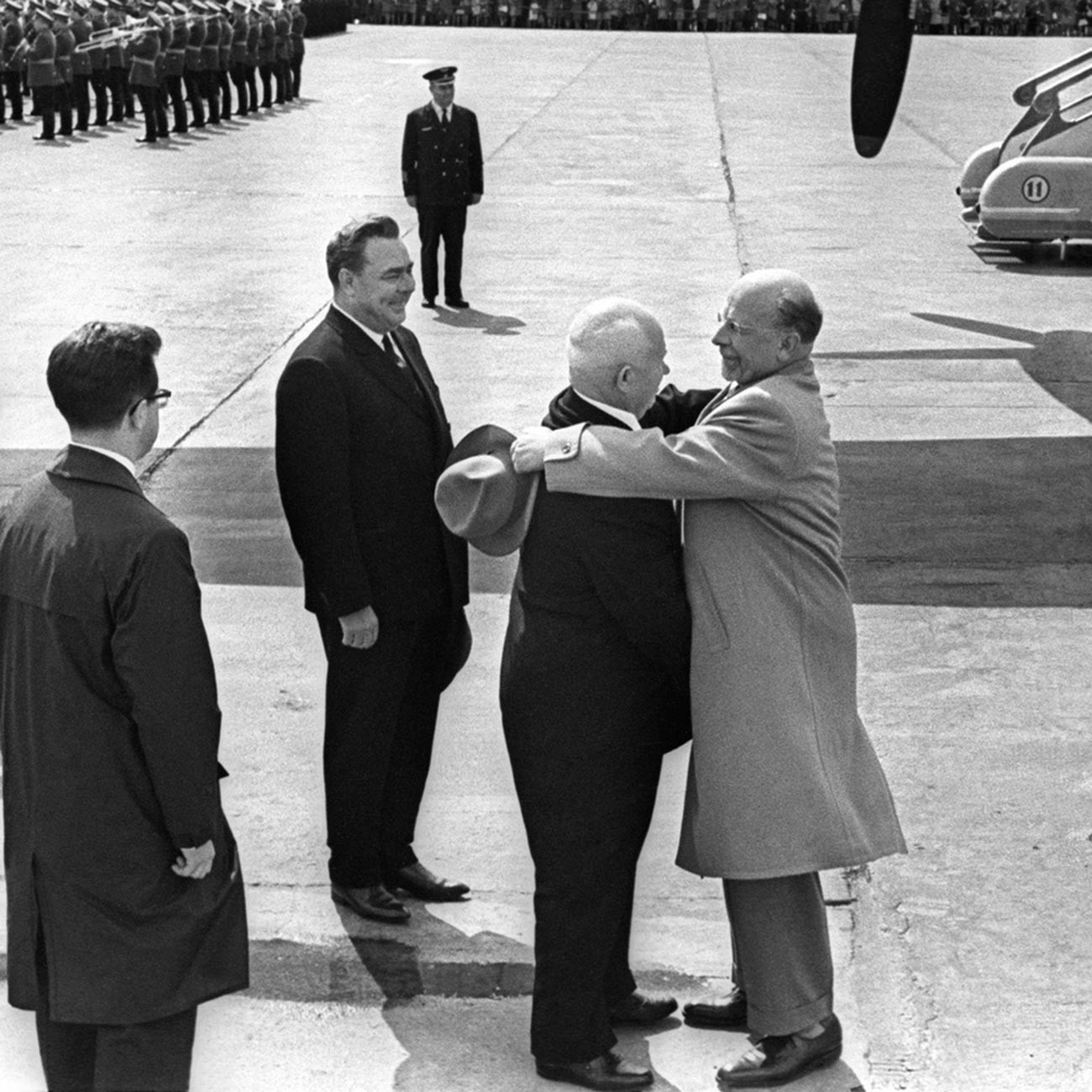