Which world leaders were USSR’s best friends? We rate them! 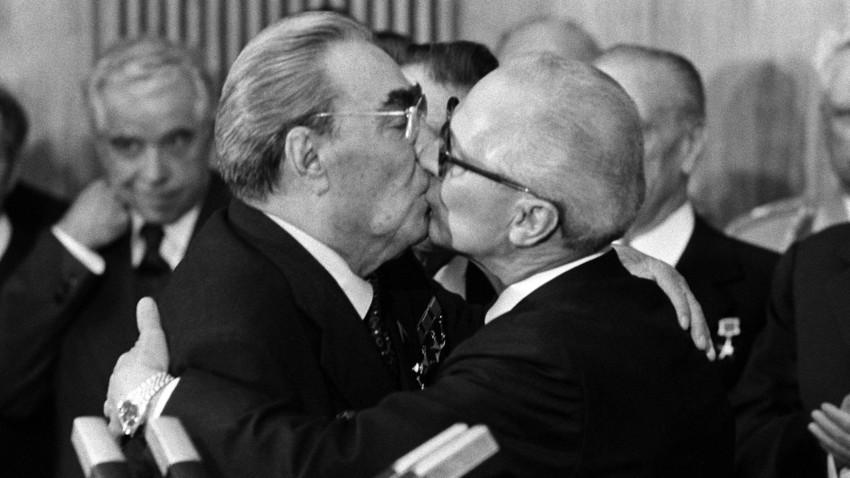 That iconic kiss will be in the hearts of the whole world forever.

Global Look Press
We chose the most famous historical figures to ever befriend the Soviet Union and rated them. Read on to test your knowledge. 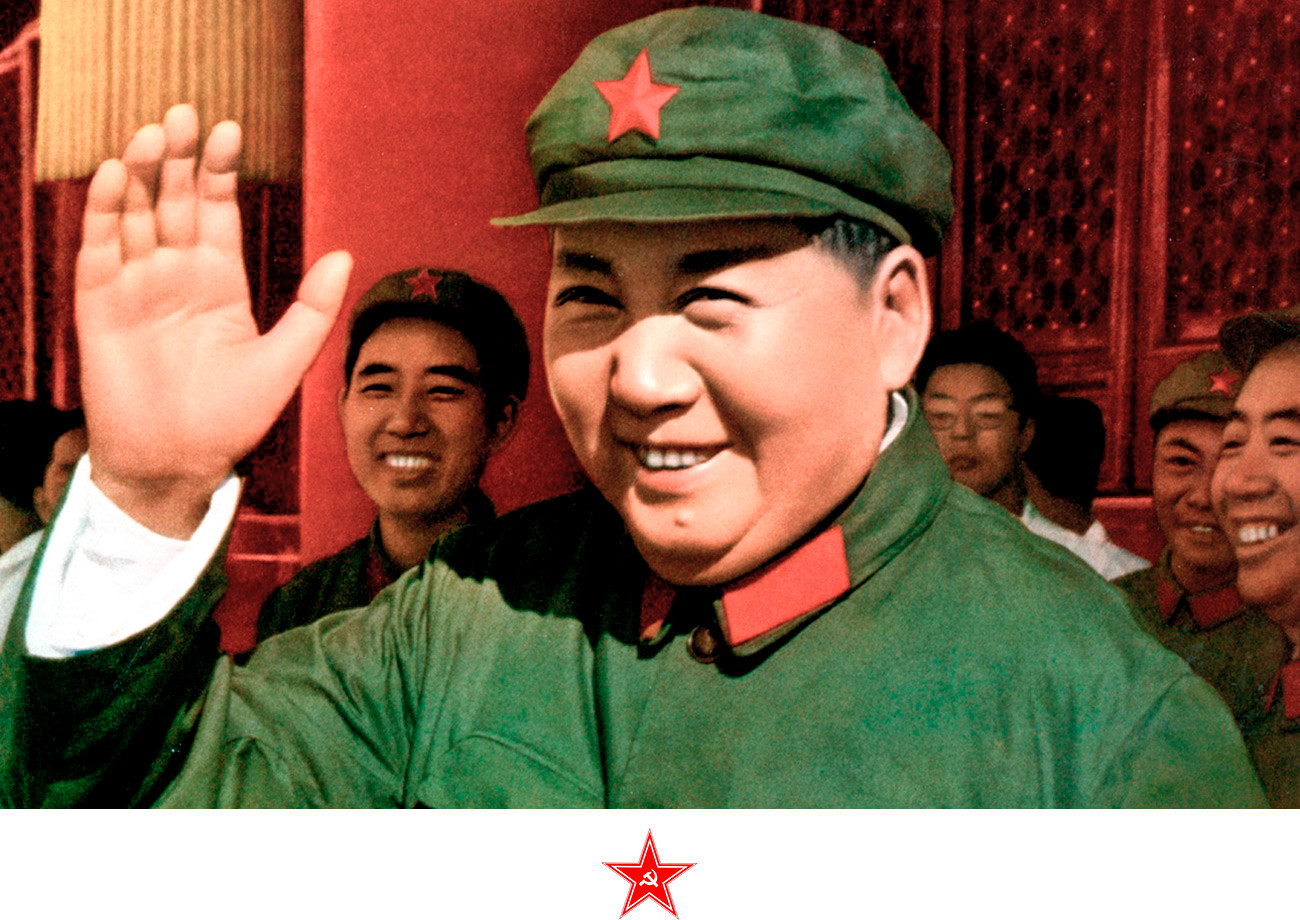 Sure, Chairman Mao (1893 – 1976), who in 1949 founded the People’s Republic of China as we know it, once was a great friend of the USSR. During the civil war in China, the Soviet Union eagerly supported Mao’s communist forces and the Chairman himself visited Moscow in 1949, living in Joseph Stalin’s dacha and signing a treaty of friendship and mutual assistance.

Later, though, Mao felt very disappointed with the USSR – after Nikita Khrushchev denounced Stalin’s personality cult and declared that Moscow will co-exist with the Western capitalists peacefully, they were no longer friends to the implacable Chairman. From the late 1950s and up to Mao’s death, the Soviets were considered in China enemies as disgusting as the Americans – the two even fought each other once. 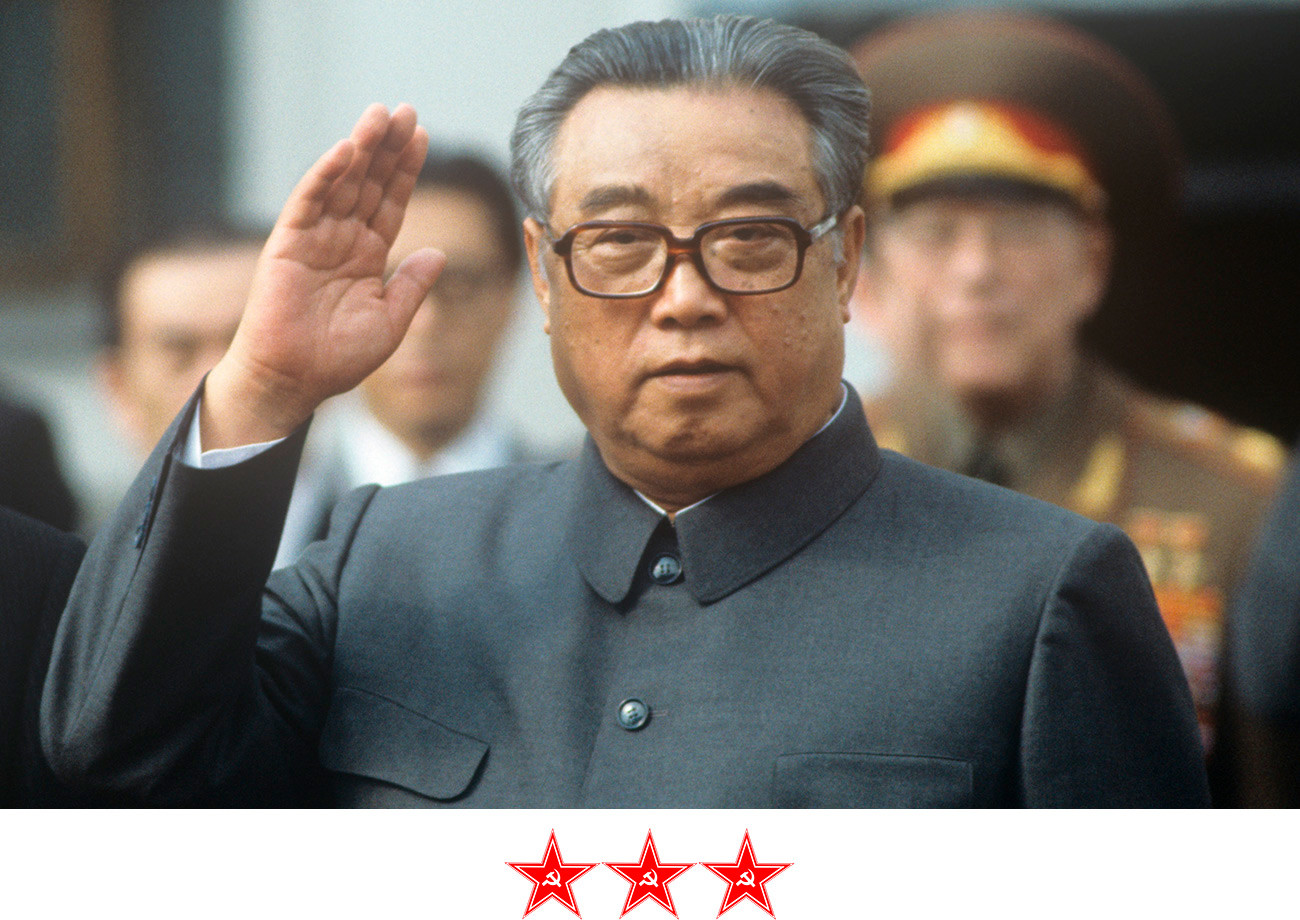 Before he became the god-like ruler of the DPRK (seriously, after he died in 1998, they declared him the eternal leader, so technically he is still in office), Kim senior opposed the Japanese - who occupied Korea in 1910-1945 - as a guerilla fighter. This path led him to the USSR. In the early 1940s, he was fighting the Japanese as a Red Army officer. Sounds pretty Soviet, doesn’t it?

Moreover, he enjoyed his military lifestyle so much that the Soviets had to basically force him into politics, considering him a good option for a defence minister. “I want to command a regiment, then a division… but why do I need this (politics)? I know nothing about it and don’t want to do it,” he used to complain. Boy, would he change his mind later.

As Korea was liberated (and divided immediately into Soviet and American spheres of influence), Kim Il-sung seized power step by step, pushing out other leaders, including pro-Soviet ones. Throughout his reign, though Pyongyang had enjoyed economic and military help from the USSR, Kim also closely cooperated with China and gradually replaced Moscow-style Marxist-Leninism with the nationalistic Juche as a state ideology. That gets him three out of five stars in our book only. Sorry, Kim. 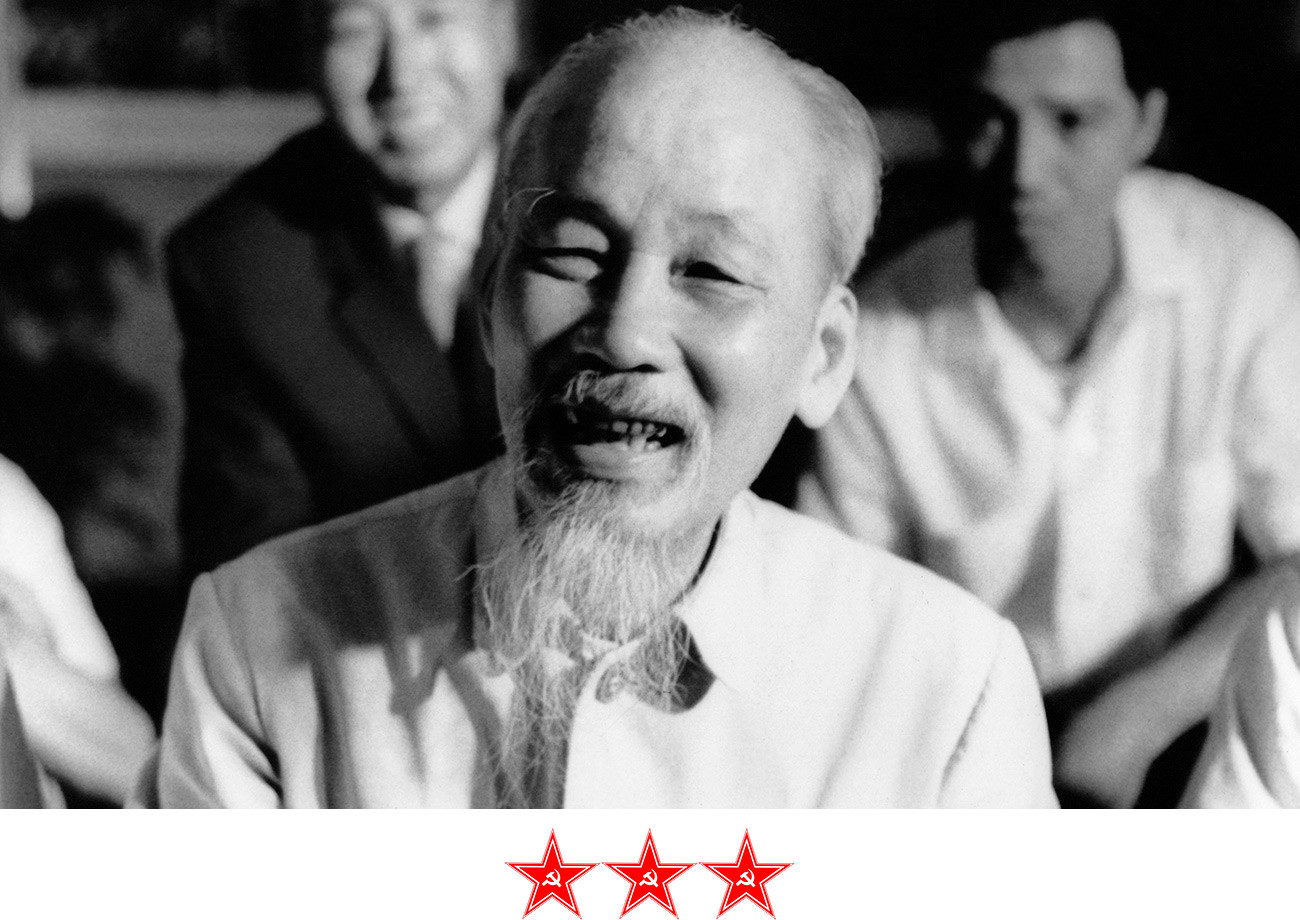 Since the 1920s, Ho Chi Minh (1890 – 1969) was a devoted Socialist who championed Marxism and, as a Vietnamese émigré, visited the USSR in 1923, meeting with Leon Trotsky. He later founded the Communist Party of Vietnam (still the ruling party there) and headed the anti-colonialist movement.

He had no time to visit Moscow again: fighting the French and afterwards the pro-American South Vietnam took too much time. But his Soviet comrades assisted Ho Chi Ming’s government, considering him the USSR's main ally in Indochina. Soviet scientists even helped to embalm Ho and put him into the Lenin-like mausoleum in Hanoi after he died – an honor reserved for very few people, as we’re sure you know. 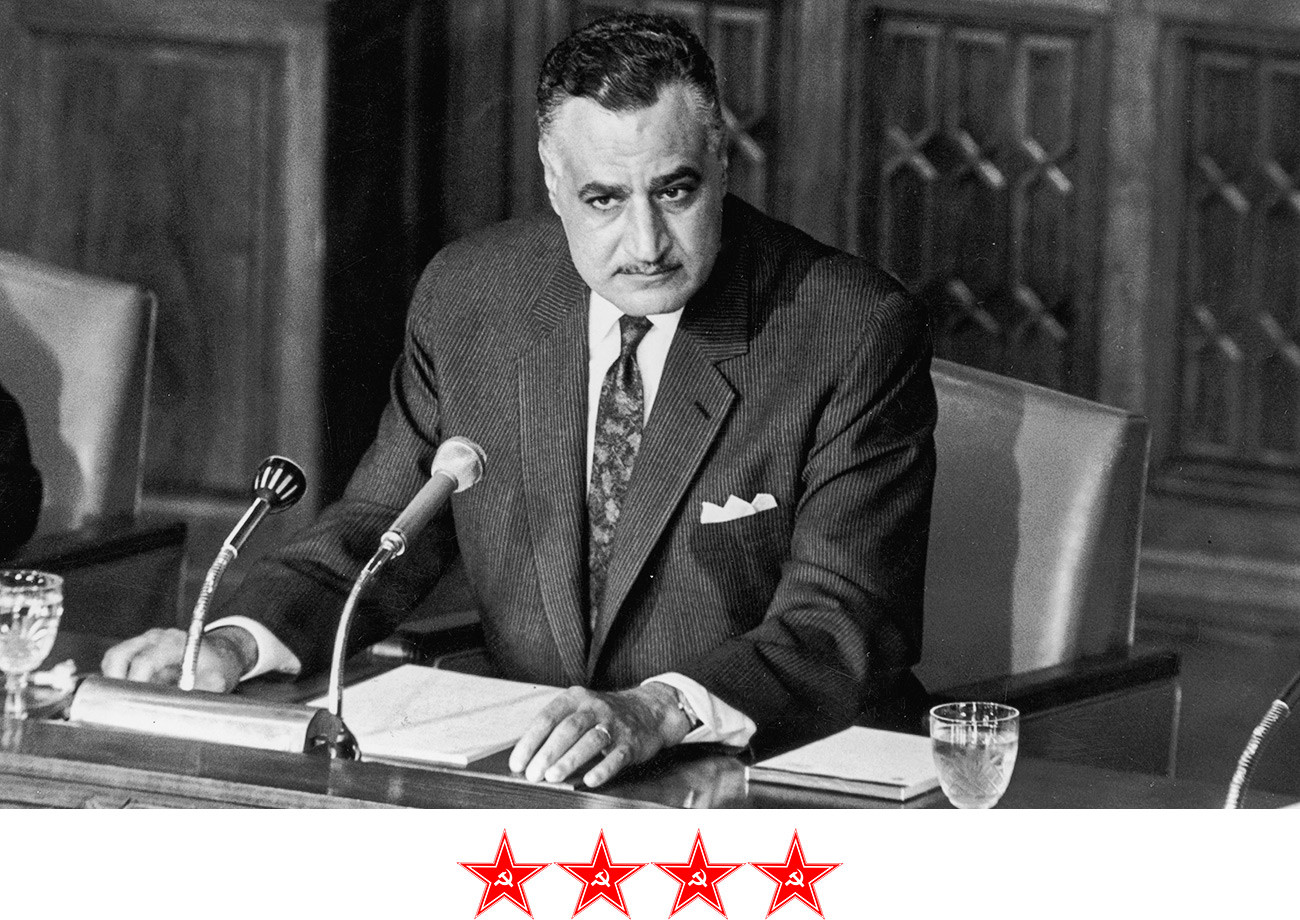 The most popular Arab leader of his time, the symbol of Arabs’ struggle for independence, Gamal Abdal Nasser (1918 – 1970) of Egypt wasn’t a Communist: moreover, he oppressed the Communist party of Egypt and forbade its activities. That, however, didn’t stop him from becoming the USSR's best friend in the Middle East: in the wars between Arab countries and Israel, Moscow supported the Arabs and provided Nasser with the financial support he needed.

“The Western powers were doing everything they could to make Egypt enter their zone of influence but we resisted such policy strongly,” Nasser said while talking to Khrushchev in 1958. “And the USSR, it acts sincerely towards Arabs, which we can see based on our experience of friendly relations.”

The peak of Nasser’s romance with Moscow was reached in 1964: when he visited Moscow, Nikita Khrushchev insisted on giving him the highest distinction in the USSR – the Hero of the Soviet Union title. Nasser seemed to be pretty happy with it. However, this friendship was not to last: soon after his demise in 1970, Egypt changed its political course and became pro-American. 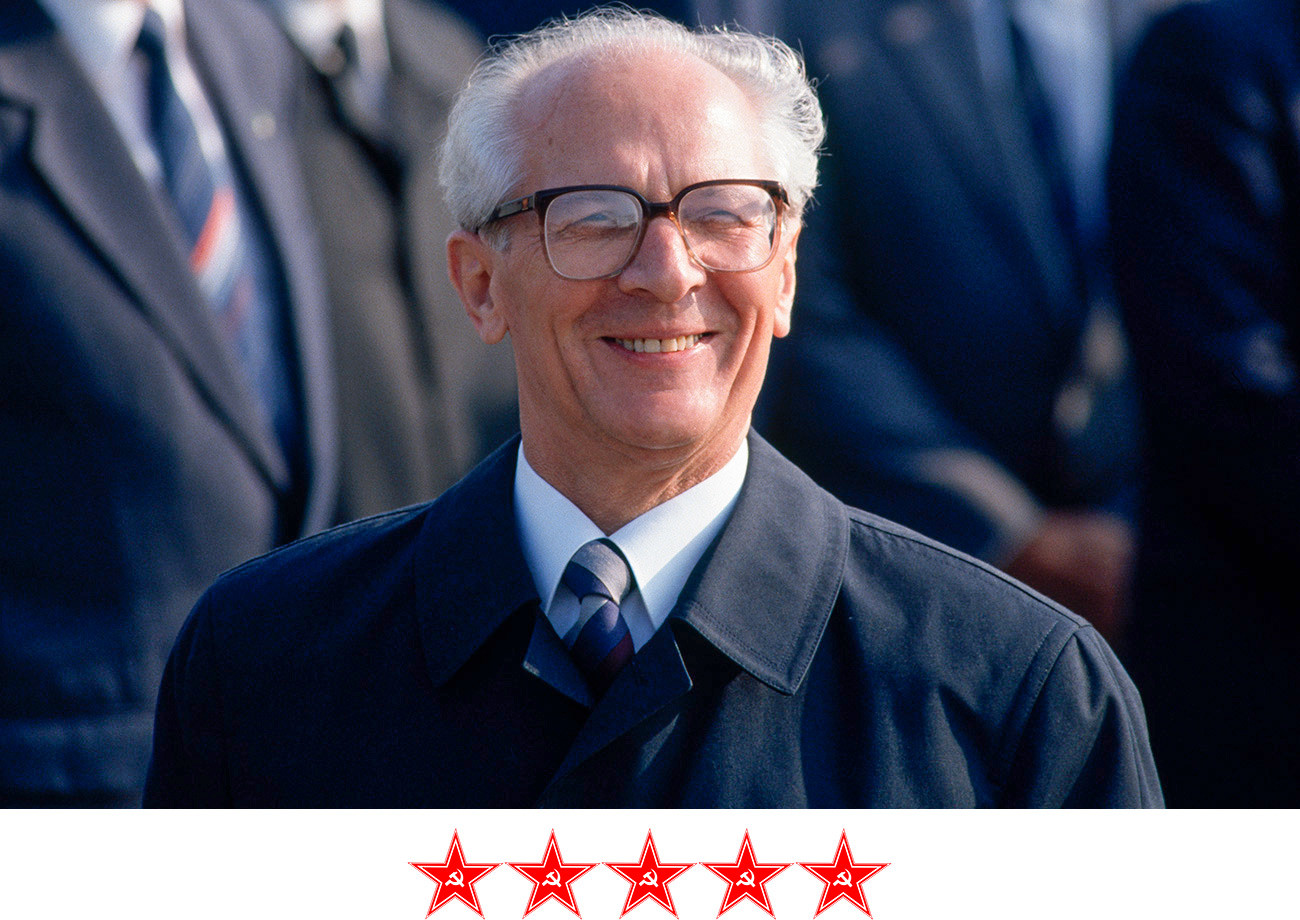 Remember that mural of the fraternal yet passionate kiss of Brezhnev and Honecker on the Berlin Wall? Well, Comrade Brezhnev sure kissed a lot of world leaders, but Honecker (1912 – 1994), who headed East Germany in 1971 – 1989, is a special case: you could hardly find a more loyal pro-Soviet leader in all of Eastern Europe.

A hardline Communist, Honecker spent eight years behind bars under Hitler’s regime. Then, after the partition of Germany, he made a great career in the all-ruling Socialist Unity Party of Germany, replacing Walter Ulbricht as its leader. Until the Berlin Wall fell, Honecker ruled the GDR with an iron fist – and Moscow’s blessing. Only under Mikhail Gorbachev this union fell apart.

And, of course, Honecker also was a Hero of the Soviet Union! 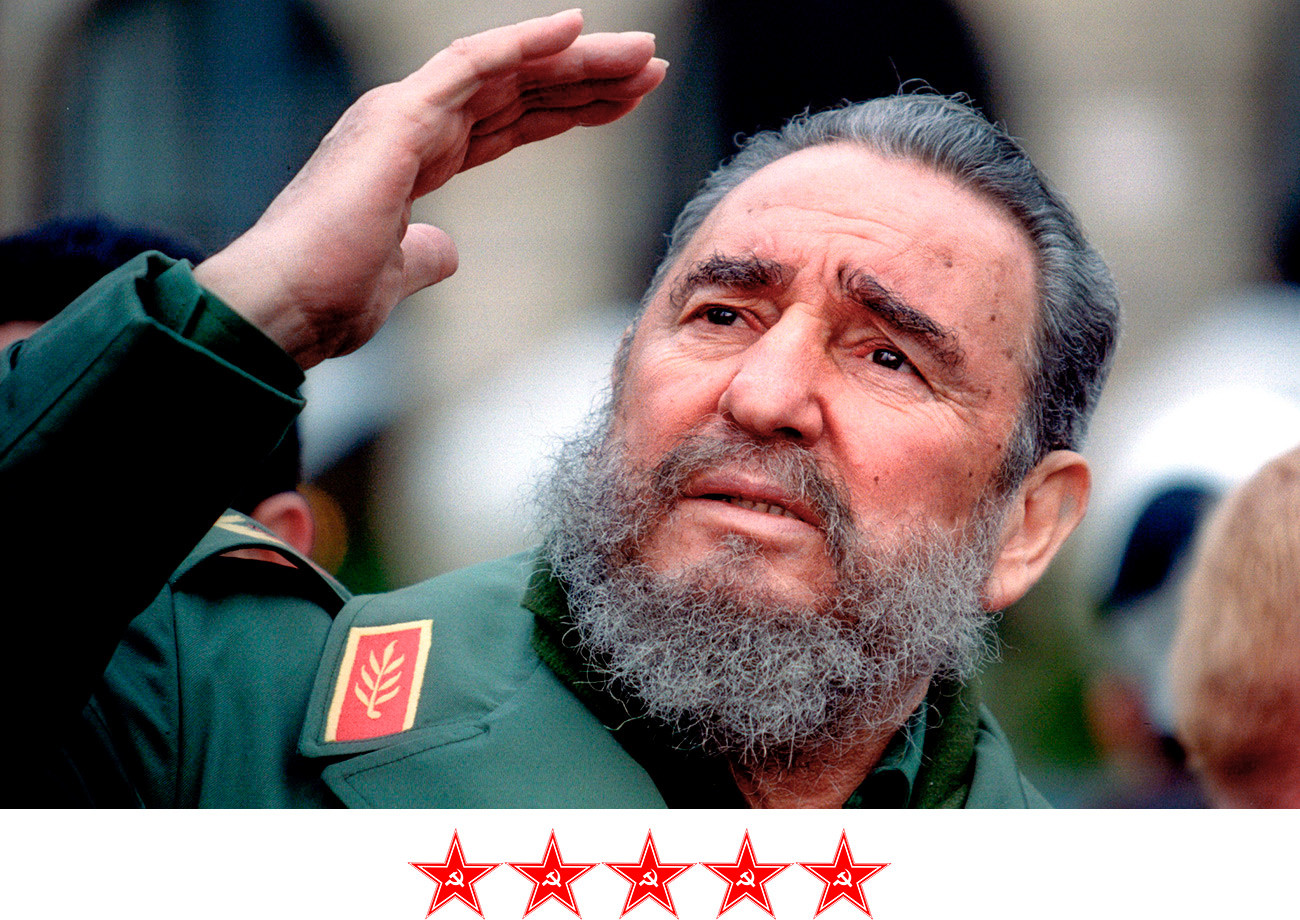 If your friend is ready to start World War III for you, which most likely would end in him and his entire country burning in a nuclear holocaust, we think that qualifies as a pretty strong bond (and a whole lot of insanity). That’s what Fidel Castro (1926 – 2016) was eager to do for the sake of Communism: during the Cuban missile crisis of 1962, he was basically begging Khrushchev not to concede to Americans, and to escalate the crisis further by refusing to remove Soviet missiles from Cuba, which the Americans saw as a direct threat.

Khrushchev was not happy with such an approach, saying to his associates irritatedly: “I can’t believe Castro… Yesterday he wrote to us proposing to start a nuclear war… Has he lost his mind? Or, perhaps, he doesn’t have one?”

Fortunately, the disaster was averted. Castro (who didn’t hear Khrushchev’s words) remained USSR’s devoted ally in Latin America: Cuban volunteers participated in the Third World wars supporting the pro-Soviet sides (civil war in Angola serves as the most vivid example – Castro sent more than 50,000 Cubans to fight there) and Fidel visited the USSR numerous times (we don’t even have to mention that he was appointed Hero of the USSR as well). The Comandante, however, outlived most of his Soviet friends (Khrushchev, Brezhnev, Andropov) as well as the country itself: it disintegrated in 1991 and Castro died 25 years later.