Meet Elizabeth, whose life is stuck in Wonderland. Literally

Lifestyle
Victoria Ryabikova
Clyde Geronimi/Walt Disney Productions, 1951
How to live when daydreaming is harmful, and doctors can do nothing? Elizaveta knows what it’s like firsthand.

“Damn, who on earth gives a test at the beginning of the year?” Liza, a sixth-grade school student in Moscow, thinks to herself. The light-red-haired girl with a doll-like face scrutinizes the room. The elderly teacher’s long skirt rustles as she paces between the desks, while her classmates scribble away in their notebooks. Hers is empty, although 20 minutes have passed since the start of the lesson. But that’s not surprising. Her knowledge of algebra equals zero, so to speak.

Suddenly, the door is kicked open by a tall, fat man. Bending his head, he enters the classroom. A dark mane of shoulder-length hair merges with a shaggy beard of the same hue. The room is filled with shouts and screams, either from horror or delight. Liza is trying to remember where she’s seen this man before. Glancing at the beard, his linen shirt, and outlandish boots, she suddenly realizes — it’s Hagrid, the giant from Harry Potter! She always knew he'd come and take her to Hogwarts, it couldn’t be otherwise. 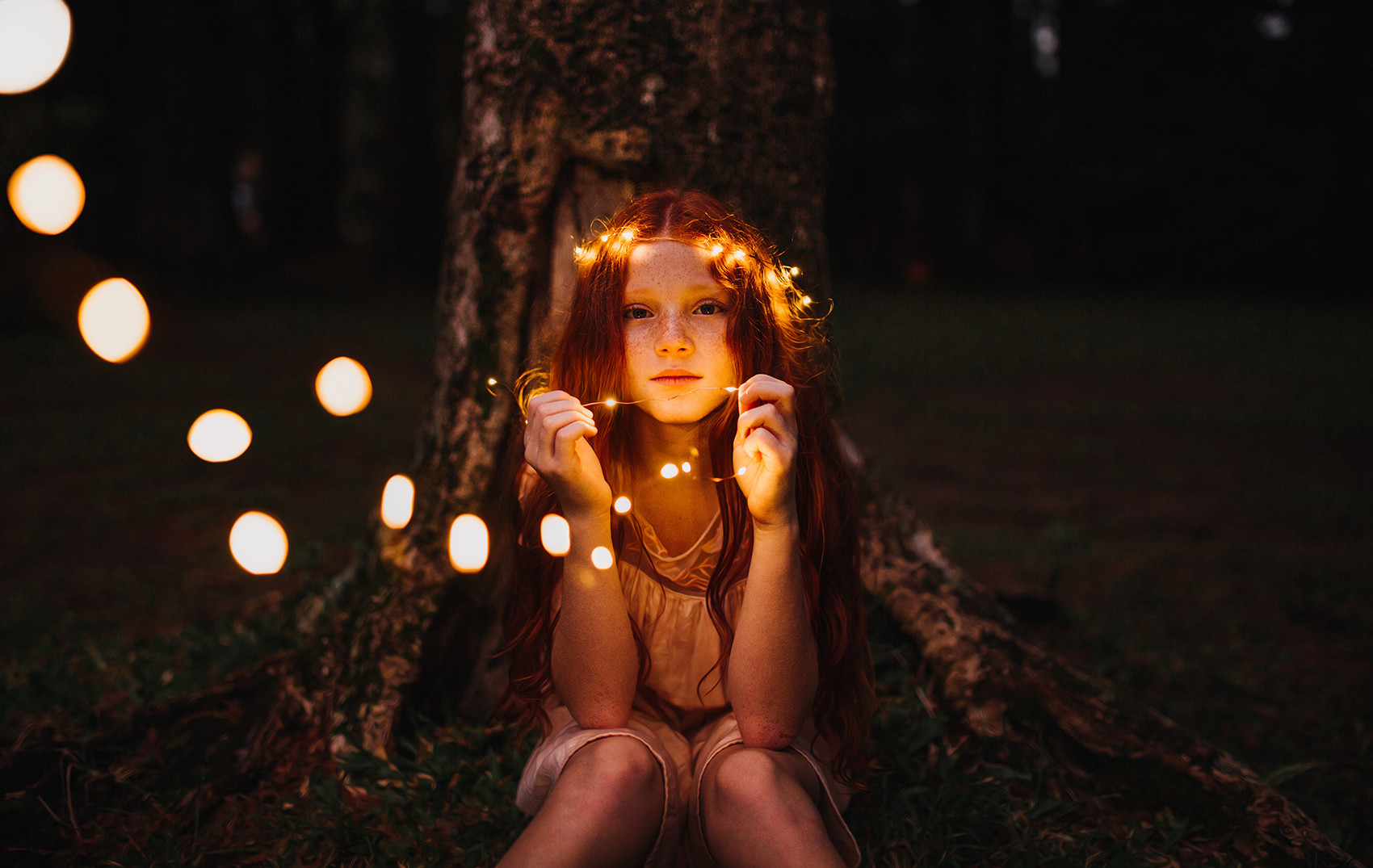 “Liza, stop daydreaming. Come on!” the teacher’s fist on the table jolts her back to reality.

Today, Elizaveta is 24 and works as a secretary in a small company. Yet she still daydreams — for at least 6-8 hours a day in fact. That’s the only reason she hurries home after work. Because of her fantasies, she has had trouble finding a suitable profession and establishing a personal life. Elizaveta is sure that she suffers from maladaptive daydreaming — a disorder unrecognized by medical science, but which causes a person to spend all their time fantasizing and forget about real life.

Performances instead of real life

Elizaveta prefers to describe her fantasies as “performances” — that way they take on a little more meaning for her. They first began to appear in her head at the age of eight, and at 12 they were already becoming permanent.

“I imagined how the Spy Kids would come bursting into the classroom and take me away, or how I would enter the classroom wearing trendy clothes at the start of the school year, and everyone’s jaw would drop,” she recalls.

According to Elizaveta, she was the heart and soul of her group at school, and had no conflicts with her parents. At the same time, she always wanted to be more sociable, fashionable, and uninhibited, a little more than she was in reality. What’s more, she felt unrequited love for a classmate, which also became a source of new fantasies. 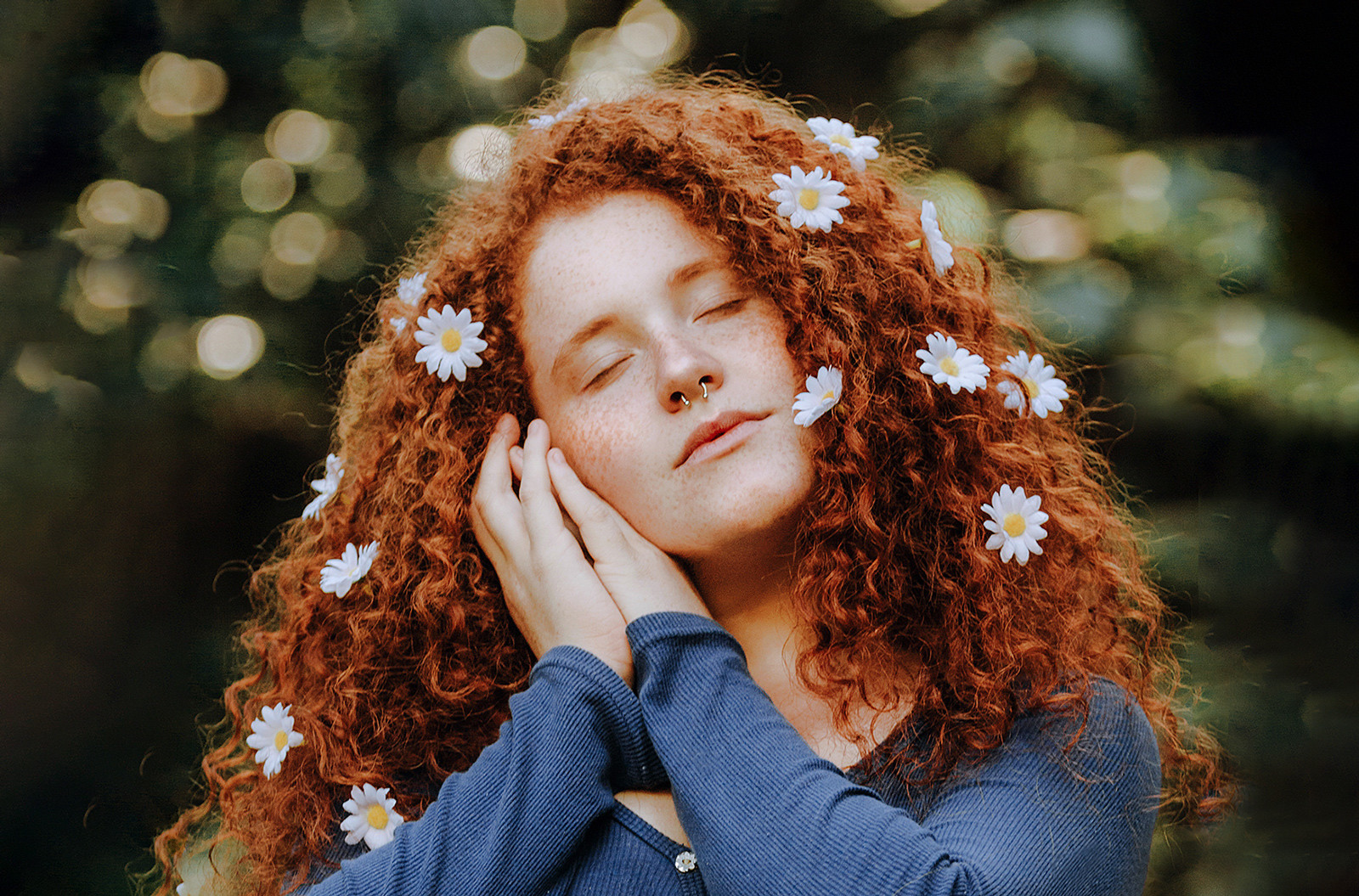 “I think because of him the performances started happening really often. When I realized he didn’t like me, I became happy enough with my illusions in which the opposite was true,” she reasons.

Music helped with "staging" her performances. Just listening to a romantic song from the early 2000s caused her brain to create new scenes, not only with imaginary characters, but also with her mother or best friend.

Nearing the age of 16, Elizaveta began to voice her dialogues aloud, pacing around the room. Her parents, she says, didn’t notice.

“I can walk along the street and talk aloud about all kinds of situations if there are no people around. Sometimes this happens in a cafe toilet or fitting room. I realize I’m actually talking to myself, but it’s important for me to express my thoughts out loud,” she says.

At the same time, Elizaveta admits that the performances use up a lot of emotional energy, which is why in real life she has next to no empathy.

“During the performances I might get overexcited or angry, or start crying and laughing. As a result people began to see me as a total introvert. I realized I was drifting apart from the world,” opines Elizaveta.

At her parents’ insistence, Elizaveta graduated as a banking specialist from a low-cost commercial university. The job hunt took a year — almost all this time Elizaveta spent at home indulging her fantasies. Sometimes she forgot to eat and sleep, all the while fantasizing.

“Sometimes it was hard for me even to ride the subway. I couldn’t get rid of this pesky thought that my free time is gold. At home I can spend time with myself and my fantasies, my thoughts,” she recalls.

At work Elizaveta never made any friends, since she never goes to Friday evening meetups at the bar. To try to minimize her fantasies, she works more than others. Outside the office she communicates with her parents or her only friend from childhood. But even these close people are in the dark about her performances, since she’s afraid of being taken for a lunatic. 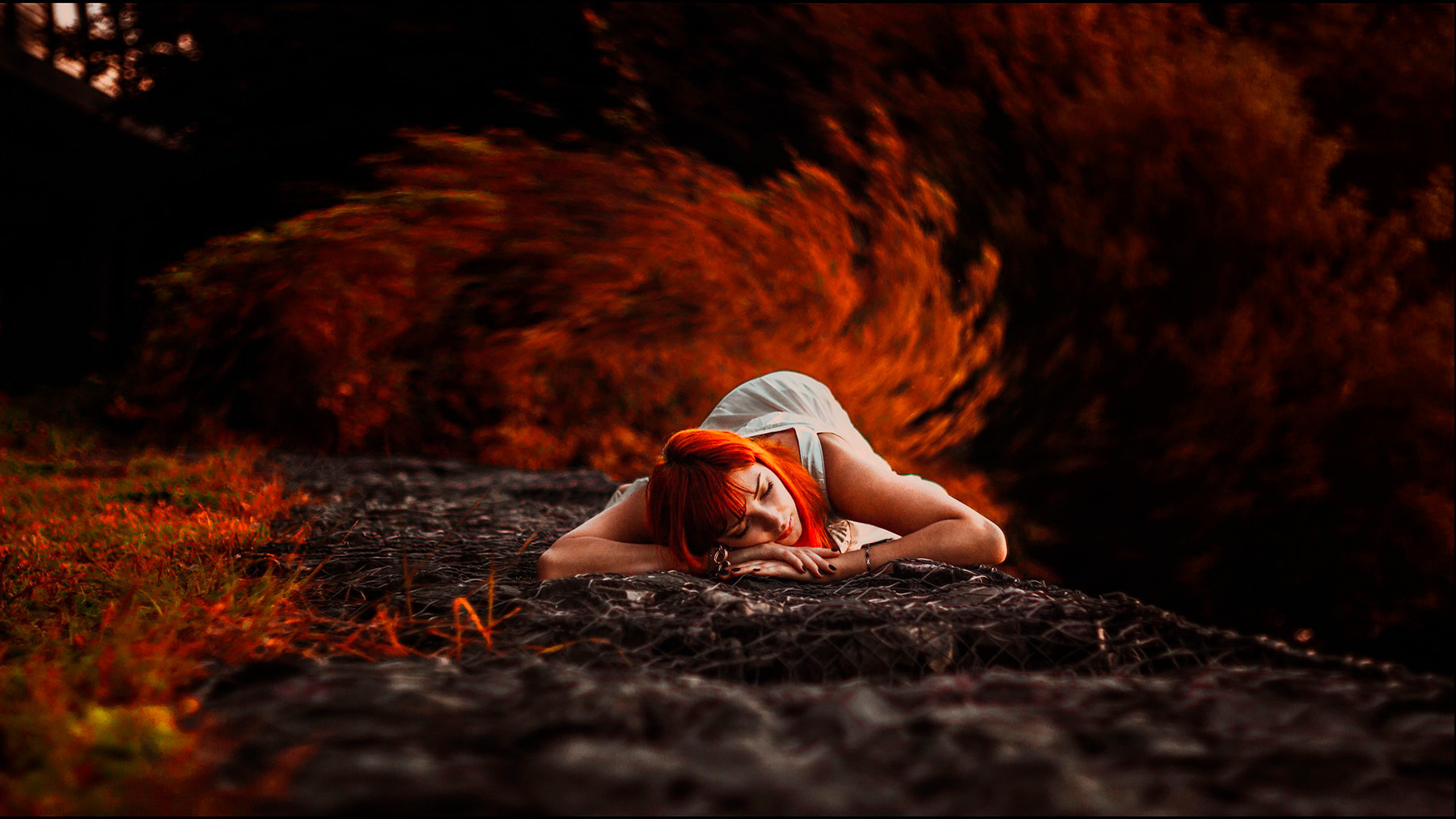 “Right now I need minimum real-life communication, because I can think up all the communication I need by myself, and it’s more fun and interesting, and the way I want. It happens more and more than instead of talking to people, I do performances. People I know say that I’m reticent, that I don’t finish my sentences or express myself fully. That’s logical, because they can’t grasp all my thoughts anyway,” says Elizaveta.

Every night she puts on her headphones and acts out her performances to music, gesturing, whispering, laughing, and even crying at times. Recently she’s often imagined being a successful woman, meeting up with former classmates and boasting of her non-existent beautiful life. Having charged her emotional batteries, Elizaveta goes to bed.

Syndrome without a cure

Maladaptive daydreaming is not included in the Tenth Revision of the International Classification of Diseases, currently in force, or in the list of diseases of the World Health Organization. Accordingly, there are no statistics on the number of sufferers in Russia.

However, in the Russian social network VKontakte there are several communities dedicated to the syndrome. Each has at least 500 members. In them, Russian sufferers share their stories and treatment methods they have tried. Someone even cut their headphone wires to escape the fantasy-evoking music, but most let the situation take its course. Almost all want the syndrome to be officially recognized as a disease, yet almost none has yet consulted a doctor — they are afraid of being mistakenly diagnosed with OCD or schizophrenia. 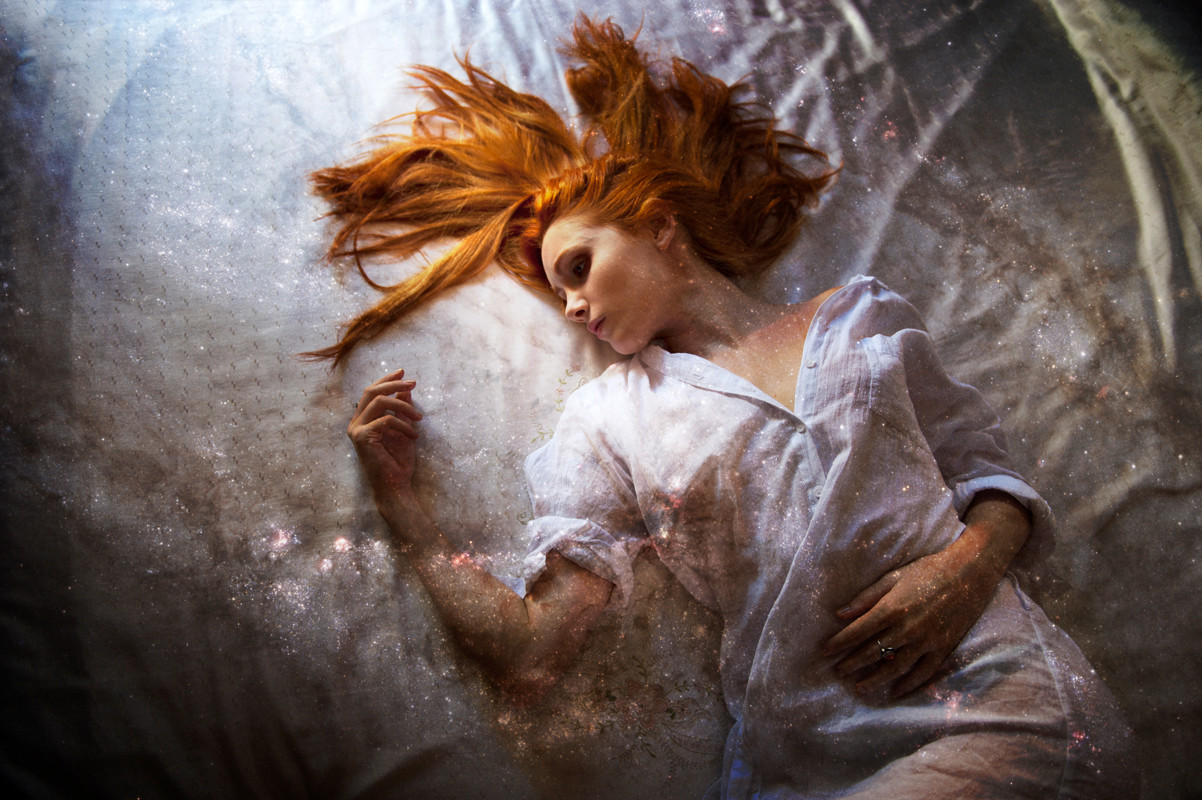 Psychologist Sergei Simakov does not consider the syndrome as a disease. In his view it is just “constant mental activity, the work of the sixth sense, which causes a person to mull over different options and possibilities, helping to cope with failures.”

“So that it doesn’t interfere with one’s life, the sufferer should see a psychologist,” Simakov concludes.

Elizaveta is indeed considering going to a psychologist, but not to a psychotherapist, which for her would “too much.” She admits that her daydreaming is the result of laziness or fear of something new.

“It’s much easier to act out a performance with myself than to actually realize it,” she admits.

Elizaveta does not believe that she will ever be able to abandon her performances totally, but she could minimize them by devoting more time to work or creating a family. However, the latter is not a feasible option at present — it is much easier to imagine a relationship with a man than to find a real one. 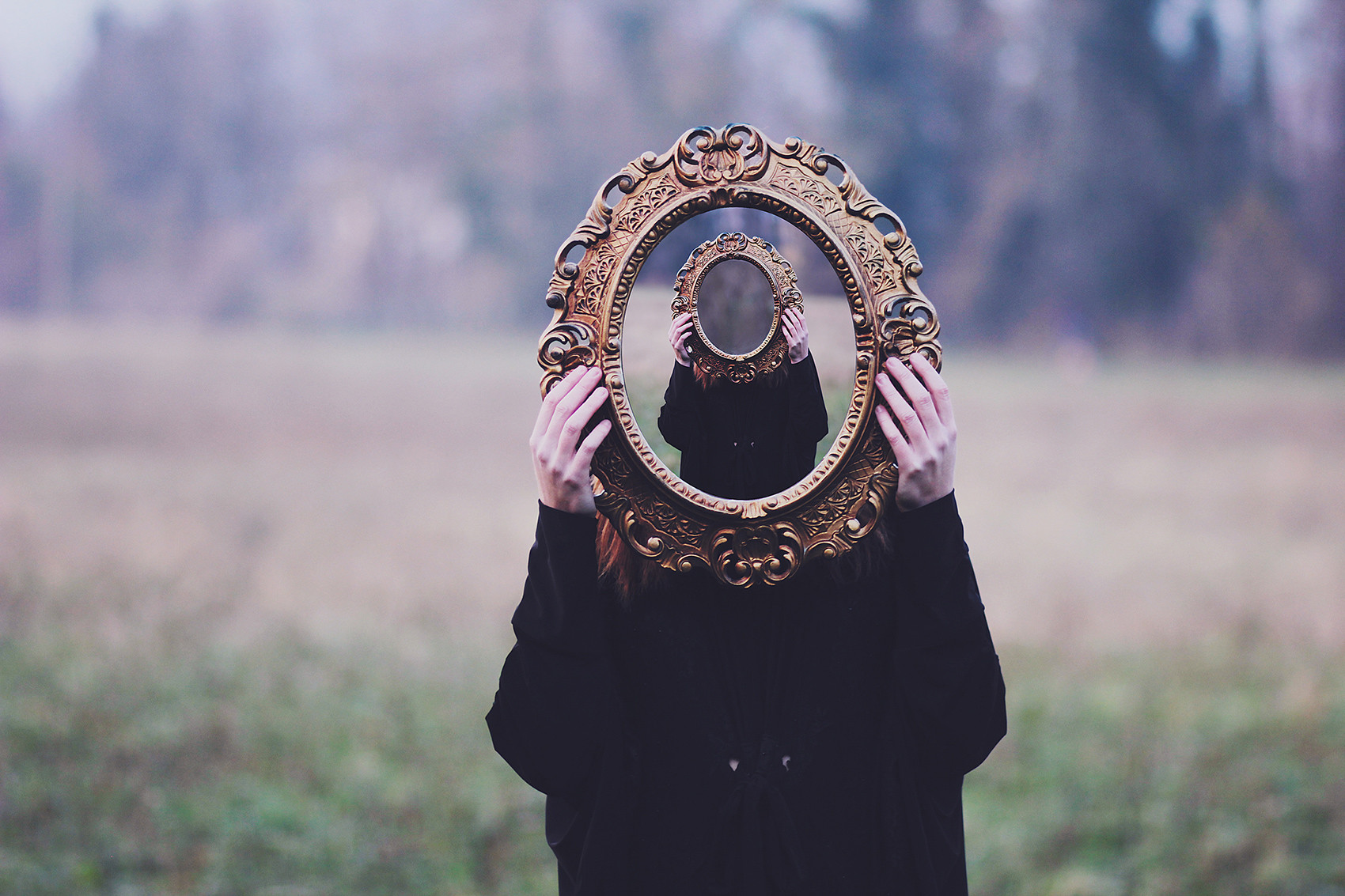 Although she too does not consider the syndrome to be a serious illness, she would not refuse treatment if doctors could find a cure or some kind of remedy.

“In the meantime, the main thing is to separate my fantasies from the real world. When this line begins to fade, then it’s time to seek specialist help. Probably,” Elizaveta sums up.