“My name is Yury. I was born in a girl's body and am now ILLEGALLY changing my gender"

Lifestyle
Victoria Ryabikova
Getty Images
Yury, 17, lives in Moscow with his friend, and for the past 18 months he has been undergoing hormone therapy.

(Note: Yuri has not yet completed the transition and is still a biological female. However, he prefers to be addressed as a man.)

September 1 in a Moscow school. The class teacher is taking the roll call, moving her pen down the register with the names of pupils. A short youth with a round childish face and wide nose is sitting at the fourth desk in the center of the classroom.

When the teacher calls out a girl's name from the list, the boy timidly raises his hand, trembling with anxiety. He already imagines loud whispers sweeping the classroom and by the end of the lesson the whole school knowing his secret.

In actual fact, everyone is on their smartphones, paying no attention to him. The Ninth Form student’s first day in his new school passed without incident.

Since the summer of 2017, Yury has been illegally undergoing hormone therapy (in Russia one needs special permission for it, which can only be obtained from the age of 18). The young man is waiting for his birthday more than for his final exams - then he will be able to change the name in his documents and undergo surgery that will finally turn him into a man.

I hated growing up and wearing dresses

Yury was the second child in a big family. He doesn't want to reveal the name given to him at birth. With his three brothers, one sister and parents, he lived in a one bedroom flat in a Moscow Region settlement with a population of 11,000. All the children shared one room.

His father is a religious man and, at his initiative, the family used to go to church, while Yury had to attend Sunday school. He was a typical shy girl who excelled at school and was good at sports, attending swimming and gymnastics sessions. Sometimes he could hear his parents arguing in the room next door. When he was 13, his parents divorced. Since then the family has stopped going to church. 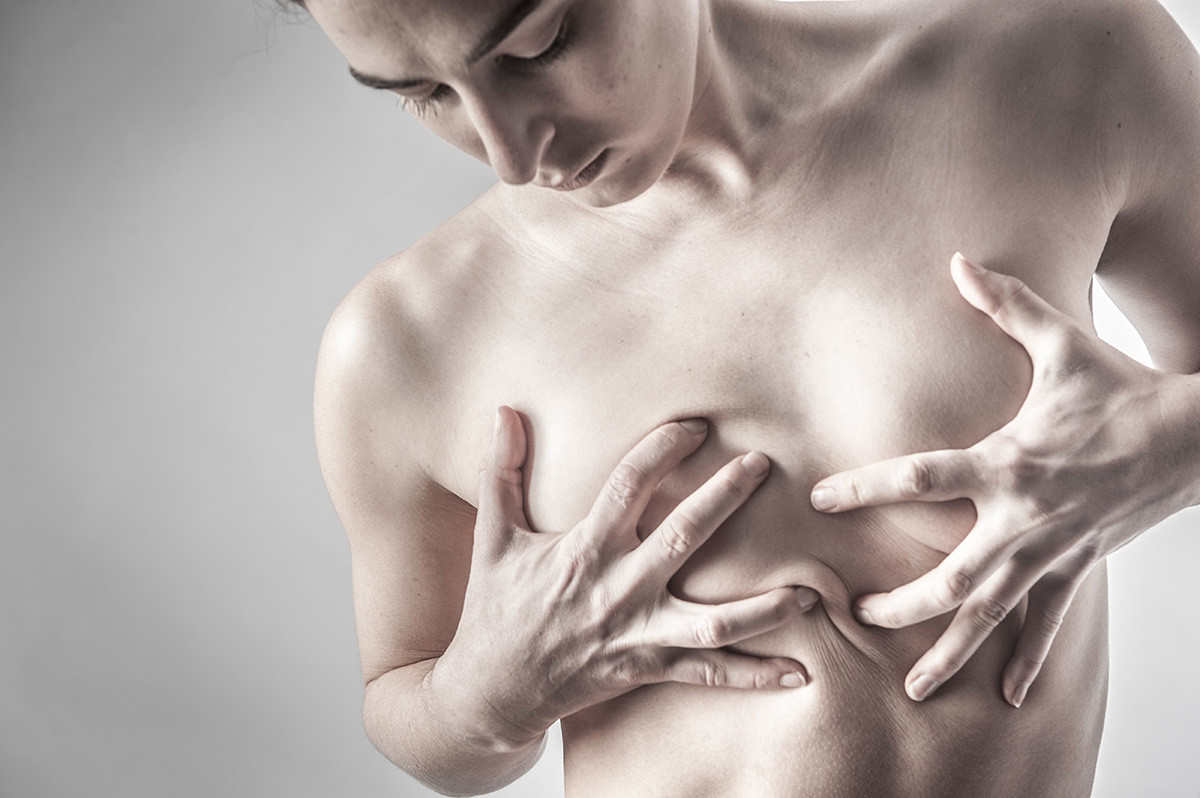 It's not that Yury actually hated dresses - he could put one on for an important occasion - but he still preferred jeans, a polo shirt and a short haircut. His female classmates liked extensively discussing menstruation in the changing room before PE classes. He did not feel disgusted: All in all, he liked girls, but he honestly couldn't understand how one could feel happy about bleeding. For his part, Yury was happy that he didn't have periods and that his breasts were not growing, and hoped this state of affairs would continue.

"I watched my brothers grow up and asked myself: Why am I developing differently from them? Even my arms irritated me. I wanted wider shoulders and to be taller," he says.

At 14, he went to a holiday camp. There he fancied a girl from another team, but he couldn't tell her about his feelings. Instead, he told the other girls that he liked one boy in order to blend in. At the same time, boys showed an interest in him, and sometimes Yury even liked it.

"In actual fact, I simply liked the fact that at least someone found me attractive," says Yury

"We were not used to showing our emotions," Yury says about his family. His mother was a doctor, but stayed at home on maternity leave for seven years to look after his younger brother. Meanwhile, his elder brother was getting more and more aggressive and, when Yury was 10, started beating him up.

"Once I locked the room we shared, he smashed the door in and punched me in the face with all his strength. In tears, I ran outside in my shorts and slippers. I spent the night at my grandmother's," Yury recalls. His mother paid no attention and his other children were also subjected to bullying.

The beatings stopped when Yury was 14, but soon afterwards, he developed depression. He insists that it wasn’t influenced by his relations with his family and that he simply felt he was in the wrong body. By that time he had already started reading articles about transgender people. He also met someone on the internet who wanted to change his gender. Yury regards him as his only friend.

"I turned up at school once every few months, but most of the time I was lying at home staring at the ceiling. I started self-harming and made several suicide attempts. My mother didn't allow me to go out on the balcony and suggested that I should watch [disabled Christian evangelist] Nick Vujicic's videos. Then she started taking me to see psychiatrists, but they didn't help," says Yury. 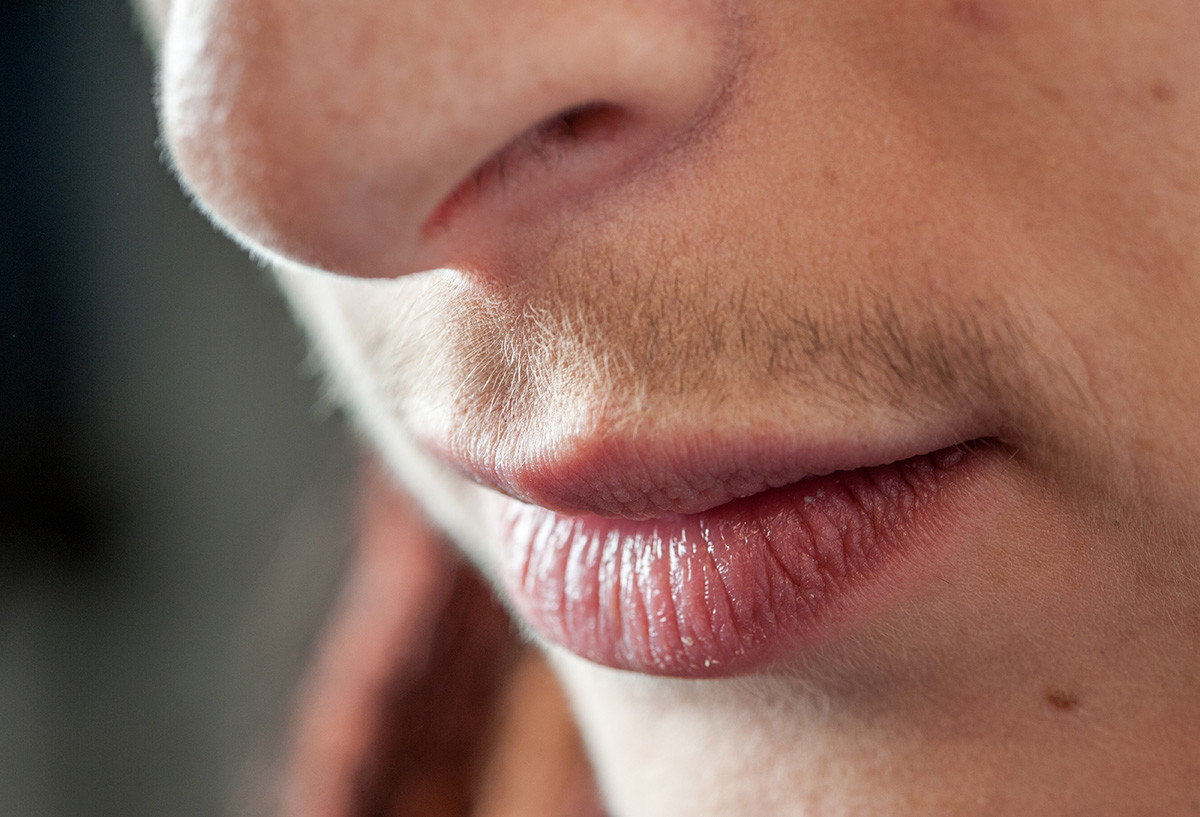 According to the young man, once he self-harmed and then sewed up the wound using a needle and thread. When his mother saw it, she said he would make a good surgeon. Also, to shake her son up, one day she called an ambulance and was threatened with being sent to a mental hospital. That didn't work either.

His depression lasted nearly the whole of eighth grade until the idea lodged in Yury's mind that, unless he undergoes hormone therapy, about which he had read on the internet, he might simply not live to see the ninth grade.

If, in a dark alley, you happen to see a man secretly handing over tablets and tubes to a youngster, don't rush to take him for a drug dealer. He may be selling hormone therapy medication.

In the summer, he found a job as a courier to save up money to buy the medication. He also started wearing a special chest binder to make himself look "more masculine".

"My chest is not even size one and women even have nipples that are different from male ones," the young man complains. 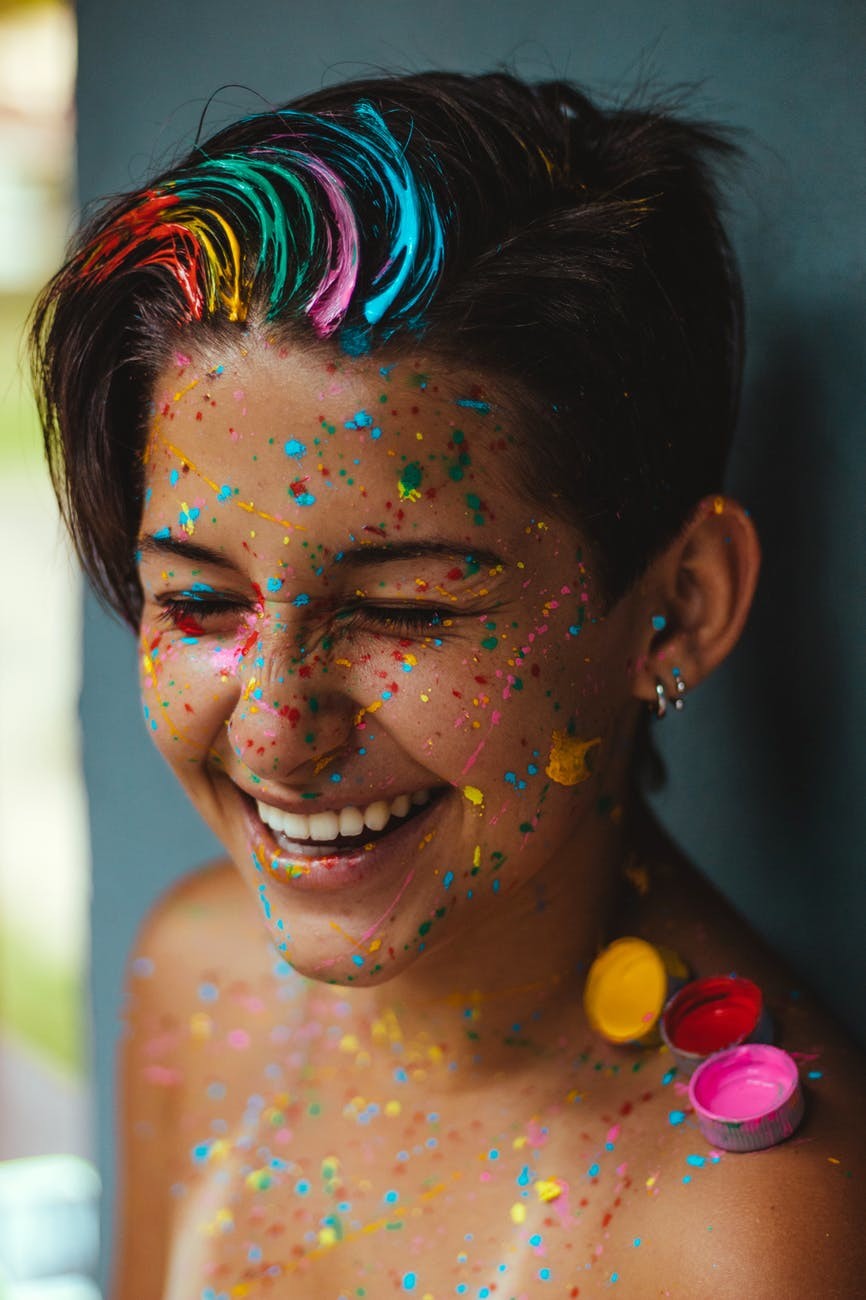 The first results appeared two months after he started the therapy: His voice became low and hoarse, his hair went very dark, and spots appeared on his face. The brothers quickly noticed it and asked their mother to take him to see an ear, nose and throat specialist. But she, just once, looking at his spots, suggested he should see an endocrinologist.

"I knew that she understood everything, but simply didn't want to talk about it," Yury believes.

Soon after that, Yury asked his mother to move him to a school in Moscow, under the pretext that his old school had poor teaching standards. He didn't mention that his transgender friend, whom he had met on the internet (who also claims to have been born in a girl's body) was a pupil at the school.

"After my depression, my mother was basically happy that I was alive, so she agreed," is how Yury explains his mother's reaction.

So, with his mother's money and partly with the money he had earned himself, he started renting a flat with his friend in Moscow. He sees his mother "about once every three or four weeks". At their meetings they are silent more than they talk.

Now Yury, as a really outstanding student, is preparing for his final exams at school and wants to go to university to study chemistry. In between studies he listens to music and collects animal skulls - in his view, it is an absolutely innocuous hobby like collecting stamps. So far his collection has the skulls of a dog and a guinea pig, both of which he found.

"I also like listening to Muse. And today with my transgender friend we went for a walk in the park and even picked a couple of apples from the trees," says Yury. After 18 months of therapy his voice, albeit hoarse, still sounds a little childish. Perhaps this will pass with age.

The panel that is supposed to issue permission for him to undergo a sex change will be in St. Petersburg - in Moscow they require more information. All the tests and examinations will require about 32,000 rubles ($481.3).

"First of all, I will need a certificate that I have no gynaecological problems, and many more other certificates," Yury explains. "Before being assessed by the panel, I will need to be seen by a psychotherapist and write an essay for them about my life and the reasons why I want to have a sex change. If they find schizophrenia or bipolar disorder, I won't be allowed to go before the panel. You will be seen by them if you have depression or scars, but in this case they will look at your circumstances more closely." Yury usually hides his scars under his sleeves. 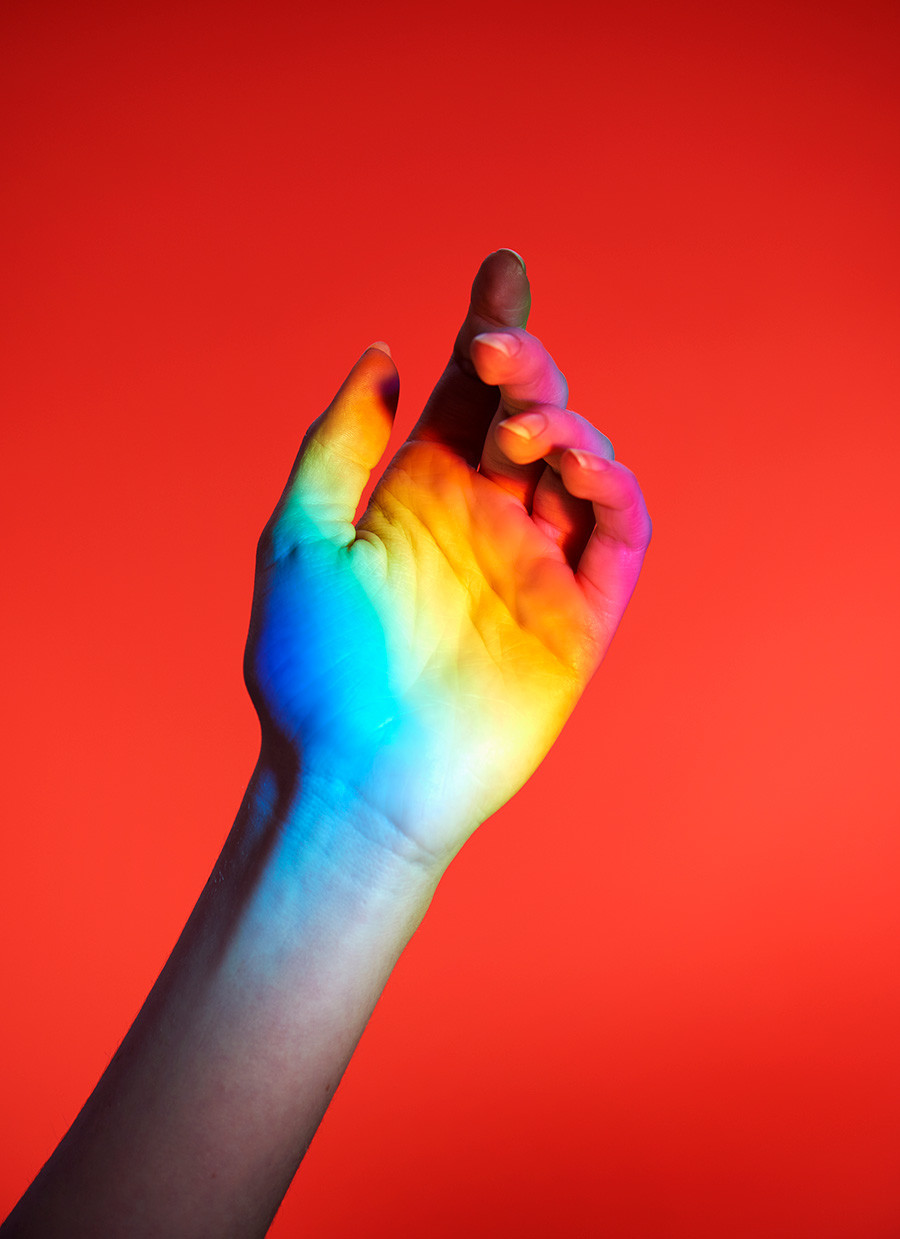 A panel consisting of a sexologist, psychiatrist and endocrinologist determines whether the diagnosis "transsexualism" applies. After that, the doctors issue certificates on the basis of which a person can change their name on documents, and an appointment can be made for surgery.

"One can do without surgery and just change one’s name, and that suits some people. But I want to see it through to the end. I will definitely have my mammary glands, uterus and ovaries removed. If I don't have it done, it can lead to cancer," Yury says, discussing his plans.

Surgery is also available to construct a penis - either from the clitoris or from the skin of one's own arm, but the result might be "aesthetically unattractive or not properly functional", believes Yury. In this sense, he envies transgender girls: It is easier to create a vagina than a penis. 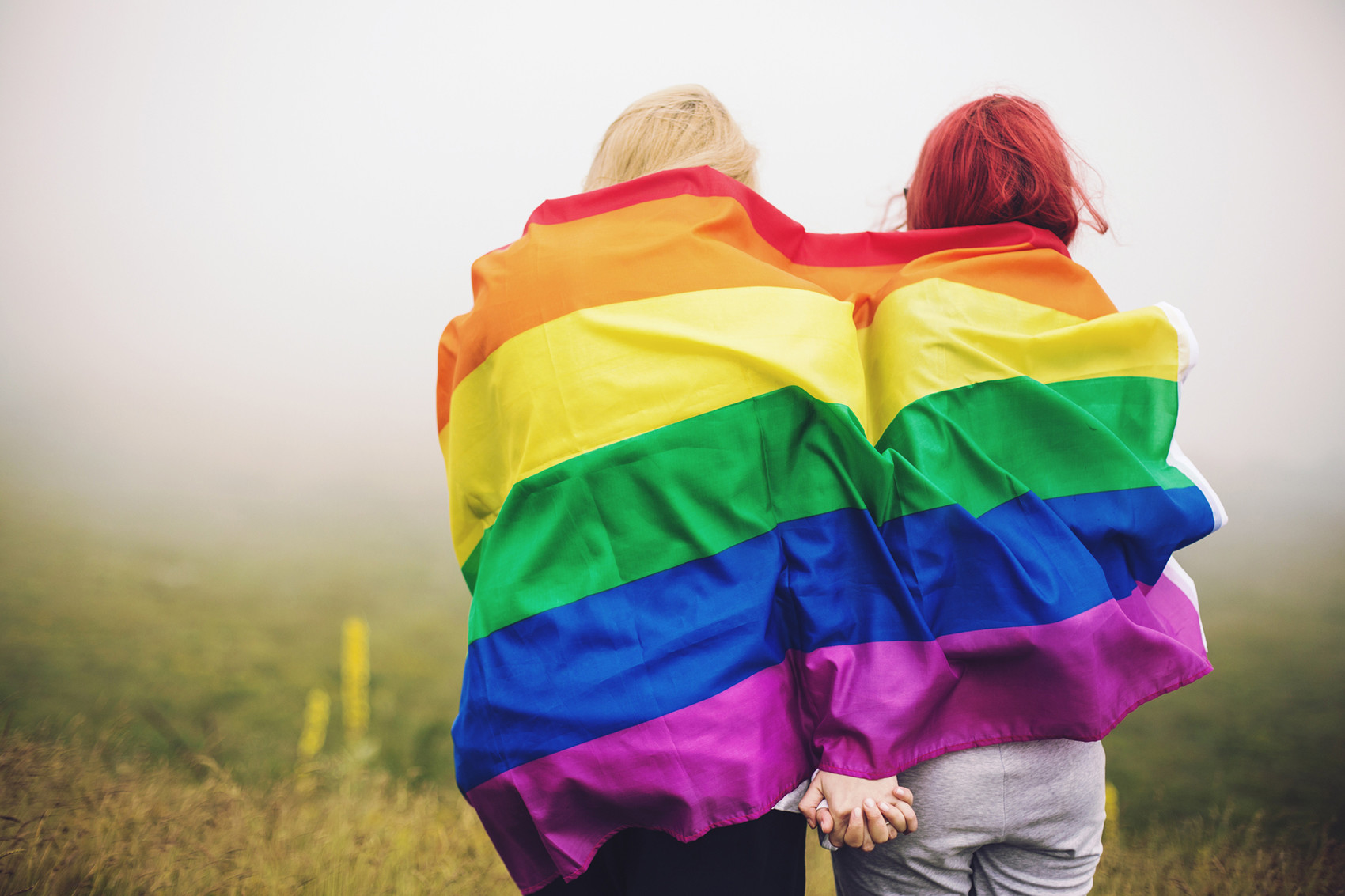 He doesn't like to dwell on what has influenced his gender change. Yury believes that the reason lies in both social and biological factors. At the same time he thinks that in Russia there are more transgender men than girls and that the attitude to guys who have changed their gender is more aggressive.

According to an opinion poll by Levada Center in 2019, 56 per cent of people in Russia have a negative attitude to LGBT people in general. However, nearly half of people in Russia (47 per cent) believe that representatives of the LGBT community should enjoy the same rights as other citizens.

"From the legal point of view, everything is fine with us, but Russians have an almost innate intolerance of LGBT people. So it’s not worth holding parades here - attitudes will become even worse. It is better to start with TV serials and films about the LGBT community. Perhaps then its representatives will have an easier life. One day."